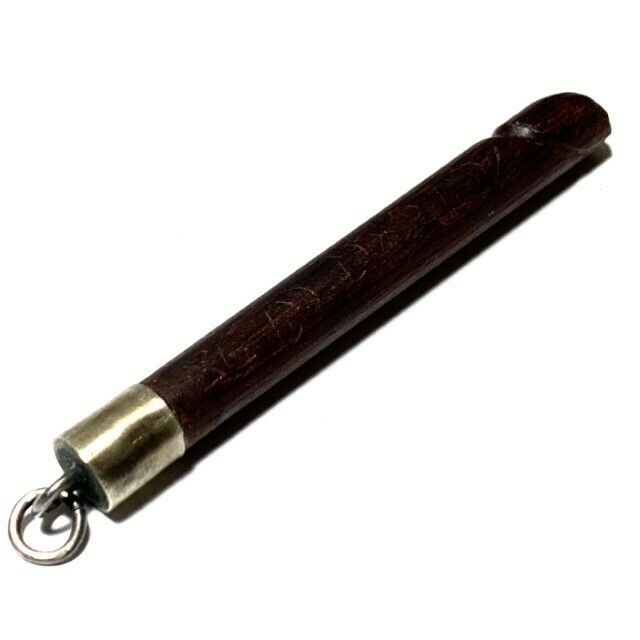 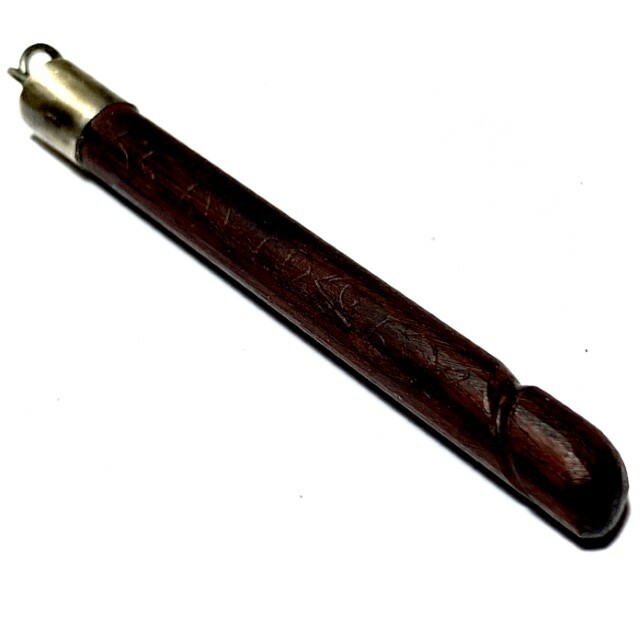 Luang Por Gee of Wat Hoo Chang was a highly renowned monk for his purity of practice. He ordained about the age of 20 years old and was known to have spent most of his time on Tudong Forest Wandering in solitude for many years, before returning to Wat Hoo Chang, and beginning to restore and improve the building facilities of the temple. Apart from being a direct Looksit of Luang Phu Iam, he was also apprenticed in Wicha, to LP Taen of Wat Tam Sen and Luang Por Tiam of Wat Gasatrirat.

He was a 'Pra Nak Pattana' (Monk who focuses on building temple up, and creating auspicious projects, buildings, charities, and institutions to help living beings). He was born in the year 2444 BE into a family who were mainly employed in the medical or natural healing profession. He already knew the Wicha for making holy healing prayer water long before he became a monk because of his experience with the family practice. 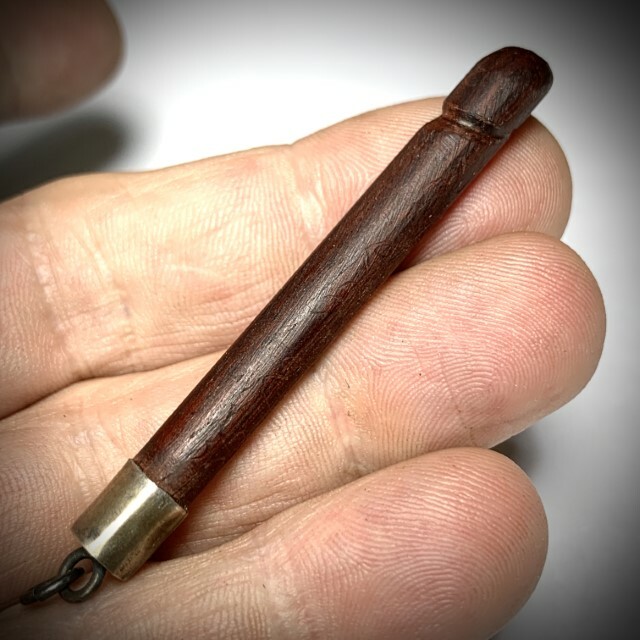 Luang Por Gee was a Looksit of Luang Phu Ee of Wat Sattaheeb, and usually used the wicha of LP Ee or the wicha of his other Kroo Ba Ajarn Grom Jaab, one of the teachers of Luang Por Parn of Wat Bang Nom Kho. He taught all of his Wicha to the current abbot, also famous for Palad Khik, Luang Por Dtee, who is also extremely favored for Palad Khik, Taw Waes Suwan, Brahma amulets, and other talismanic charms such as the Bia Gae. 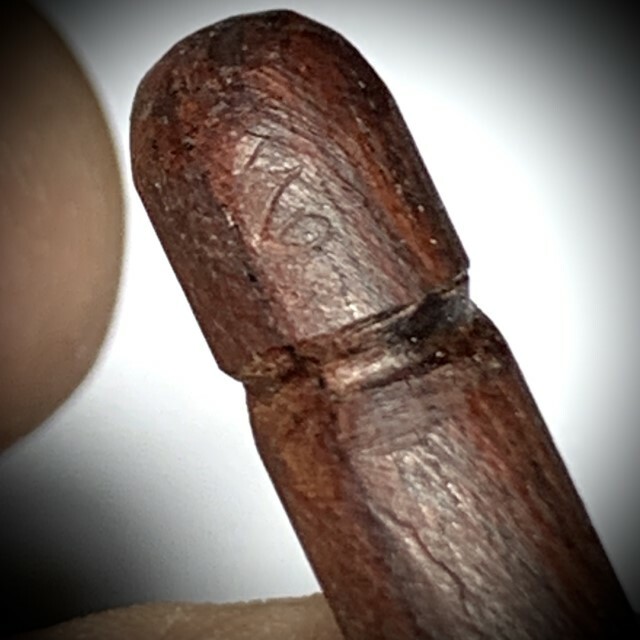 His Por Khun Palad Khik were highly sought after even in his time, for his ritual that would nake the Palad Khik rise up and stand up on their own when LP Dtee would stroke the head of the Palad Khik and chant "NA NA NA NA". 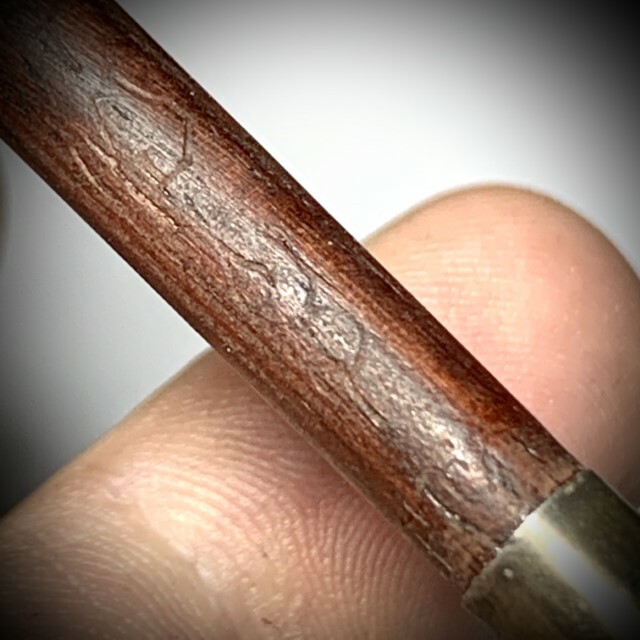 The Palad Khik of Luang Por Gee became very popular with bandits and gangsters, as well as amorous casanovas who love nocturnal activities to sedeuce lovers, who would stroke the head of the Palad Khik three times and chant 'NA NA NA" before approaching a lady or before confronting an enemy. 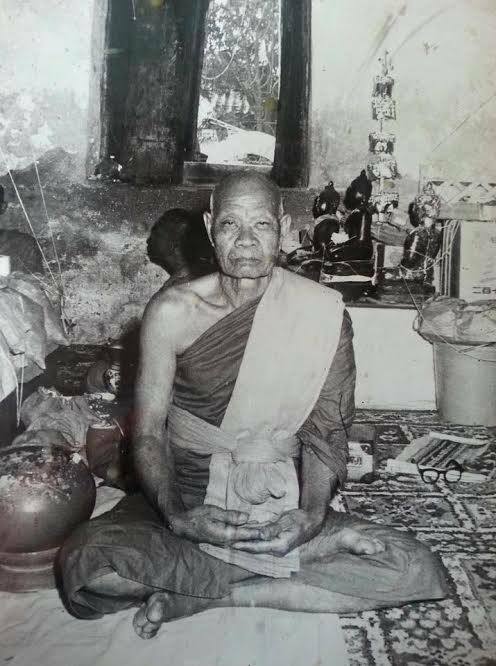 Luang Por Gee is often confused with Luang Por Dtee, also of Wat Hoo Chang, because both are of the same temple, and many people do not know which Master was the Kroo Ba Ajarn and which was the successor. LP Dtee is the current abbot and was the first apprentice in magic to LP Gee, who passed away in the year 2522 BE, after bestowing all the Wicha he had to LP Dtee to continue the lineage. One reason their amulets are hard to differentiate is that they ate made almost identically using the same methods and inscriptions, and that both monks passed their magical tests at Wat Pradoo Song Tam. 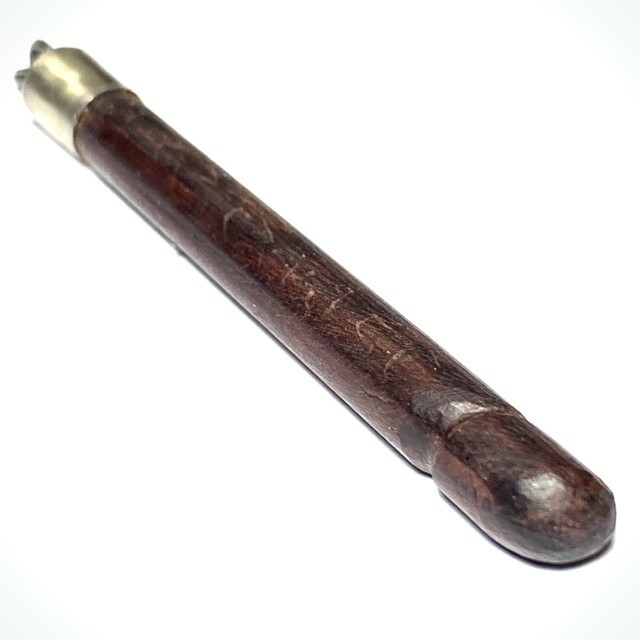 It is the tradition at Wat Pradoo Song Tam, to grab the hand of the apprentice and force his hand to inscribe the Khom Agkhara spells in exactly the same way with all students, and so the inscriptions of Luang Por Gee and Luang Por Dtee, both famous for Palad Khik, and both attributed to the temple of Wat Hoo Chang, are very similar, and takes an expert to separate one from the other.

One easier way to tell, is that LP Gee has slightly more graceful handwriting than LP Dtee, and that LP Gee made small and medium sized Palad Khik mostly, whereas those from LP Dtee were often much larger, ranging as large as up to 6 inches. 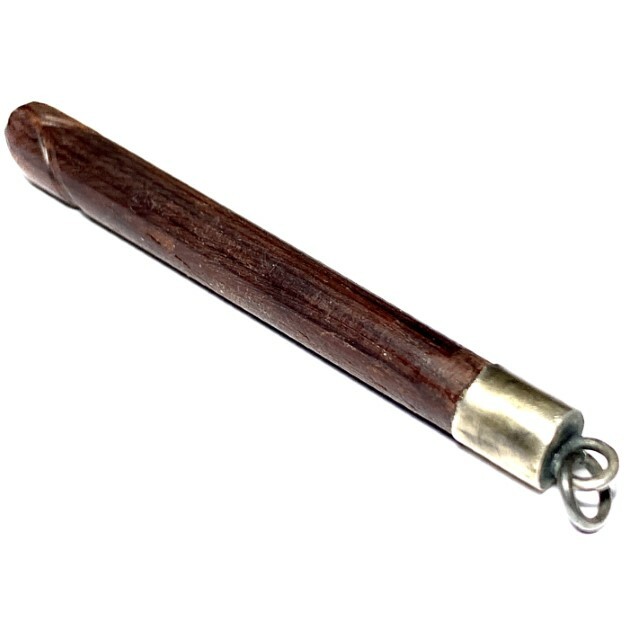 Luang Por Gee was officially ordained as 'Pra Kroo Gittinontakun, but his real name being 'Gee' he was lovingly referred to as Luang Por Gee. He passed his mastery of Buddha Magic and Occult Sorcery at Wat Padoo Song Tam, and also under the Great Luang Por Ee of Wat Sattaheeb. The Palad Khik of Luang Por Gee, and Luang Por Dtee, are equally classed by most groups of aficionados as one of the top 4 Palad Khik of all time (Ajarn Spencer says this is debatable,. and unimportant, as everybody has their own opinions, and does not believe in 'top tens' type measurements - he says "what are the top ten football teams of the world? ask ten people, get ten different answers"). 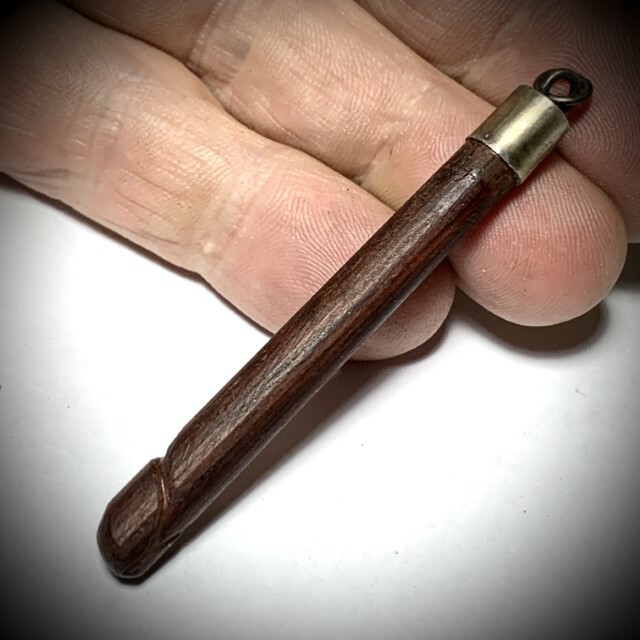 What is for certain however, is that the Palad Khik of Luang Por Gee, and his successor LP Dtee, abbot of Wat Hoo Chang, are both highly esteemed on a National and Historical level, to the point where they can be mentioned among the list of the great Palad Khik of the greatest Masters in recorded history. Which number of 'Top Ten' it is, is irrelevant to our proprietor Ajarn Spencer, who places importance on the monk, the amulet, and the authenticity, power and beauty of the amulet. 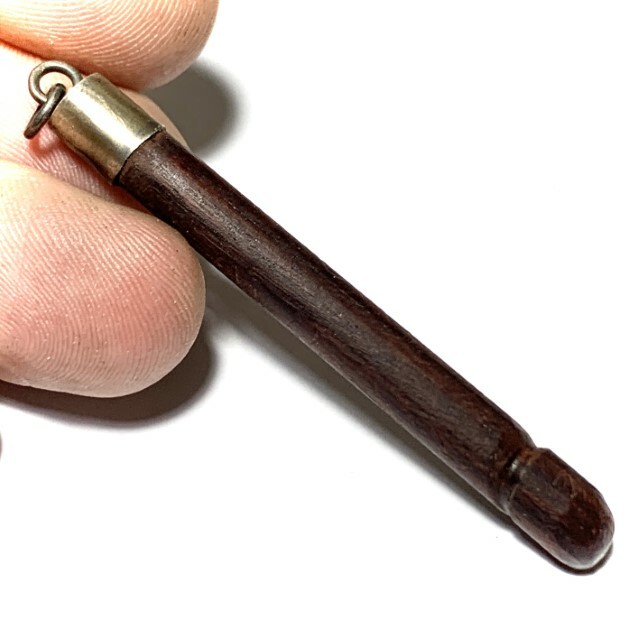 The Palad Khik of Luang Por Gee became very popular, because many market traders and other devotees who received one all recounted high business success and improvements in quality of life, or stories of gun-stopper magic and evasion of deadly accidents. This caused his amulets to become a common folk tale, and well known around the country, making the success of devotees who wear his Palad Khik common knowledge. This is hence how LP Gee came to be a Master Monk of National Fame and Status.

Luang Por Gee was often visited for help by devotees for his Wicha in healing illnesses and exorcising ghosts, demons and possessed people. His Palad Khik remain amongst the hardest tyo find, and of course, hold a very much er price for their rarity when in ivory or coral instead of wood. 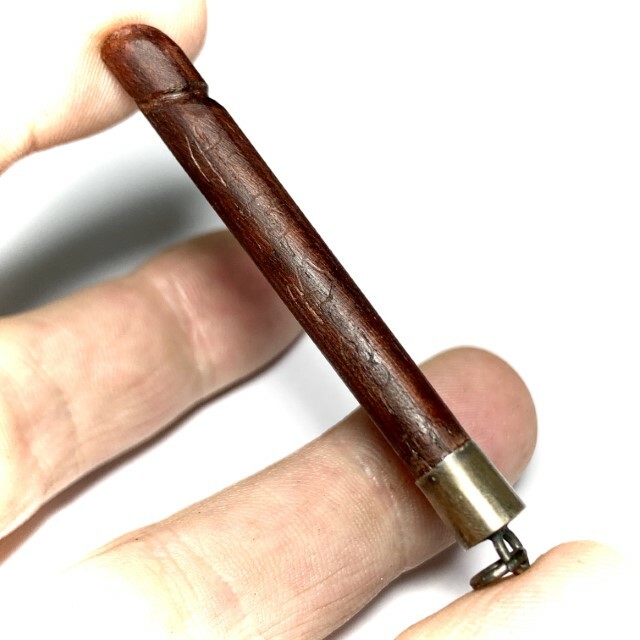