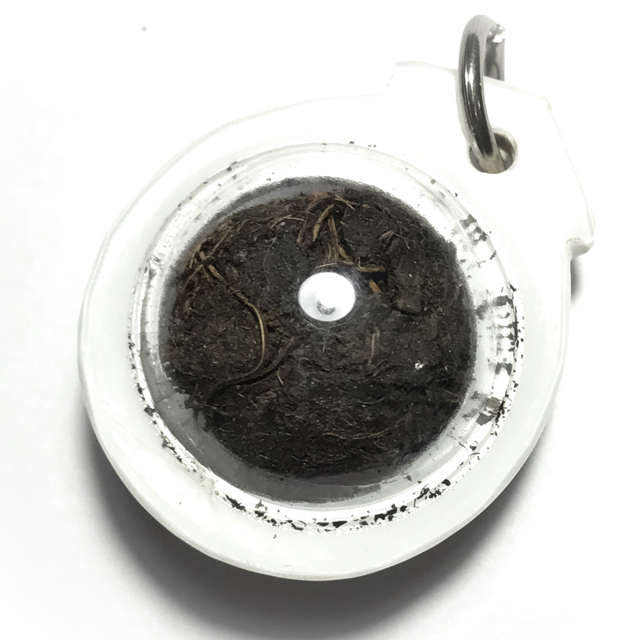 Immense Rarity from the Great Olden Days Khao Or Master Monk of Wat Don Sala, in Pattalung; The Look Om Chan Hmak Sacred wishing ball amulet, made from the chewed Betel and Areca Nut of the Great Por Tan Nam Chinawaro. Chewed Betel Nut balls of Guru Monks are considered to be extremely sacred talismanic amulets, for both protection and wish fulfilment.

Chan Hmak balls are made as the Monk chants incantations and blows blessings and spells in ritual magick, whilst chewing the Areca Nut paste. Once a monk has finished his incantations, he will remove the Chan Hmak from his mouth, and distribute it to the devotees. 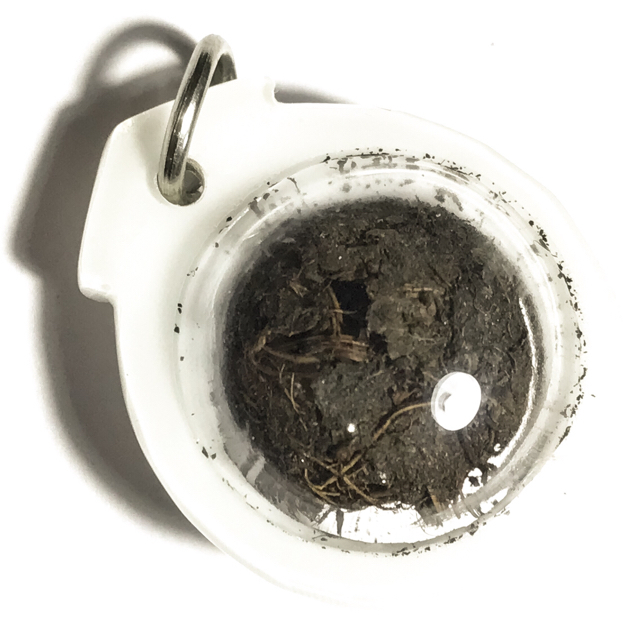 The breath of Prana and Incantation within the breath is said to pass into the Sacred Areca Nuts chewed by a Great Master, for which Chan Hmak is believed to be a very powerful Muan Sarn Sacred substance for amulets.

The Look Om Chan Hmak of Por Tan Nam is Known for Kong Grapan Chadtri, Klaew Klaad, Maha Lap and Metta Maha Niyom. Por Tan Nam of Wat Don Sala (Pattalung), was one of the Great protagonists of the Samnak Dtak Sila Khao Or School of Sorcery, and one of the Greatest Guru Masters of the Southern Thai Provinces of all History. His amulets, and Amulets made in his Image are considered to be Most Sacred with Thai people of the South. 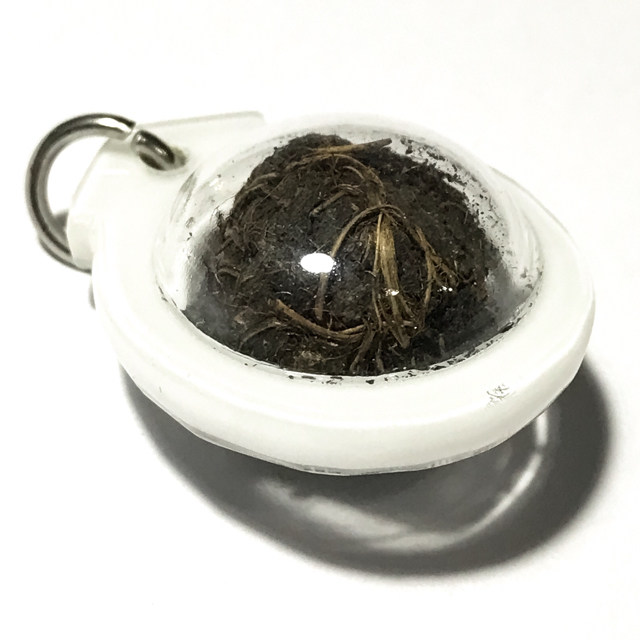 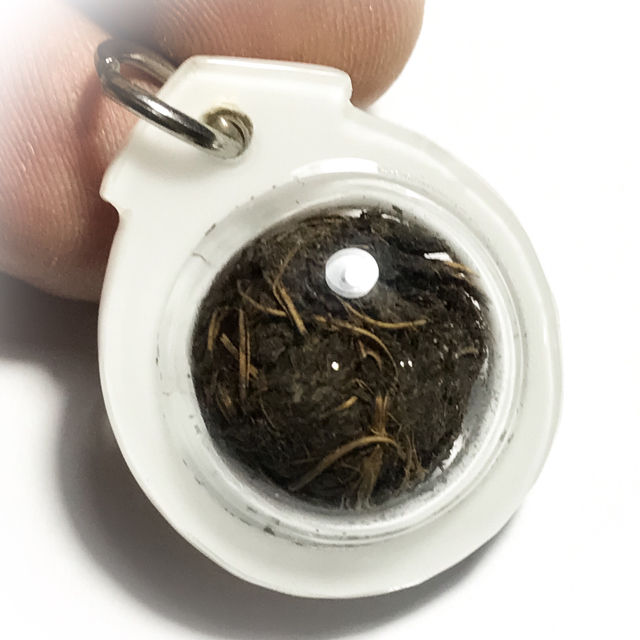 Por Tan Nam Ordained into the Sangha at the age of 20, but after some years disrobed to have a family, and lived as a Lay Master for many years. He learned Wicha with the Great bAjarn Tong Tao of the Dtamnak Dtak Sila Khao Or Southern Academy of Sorcery at Wat Khao Or, from a very early age before even his first Ordination. When Ajarn Nam became older, in the year 2506, he became gravely ill, and was expected to die. 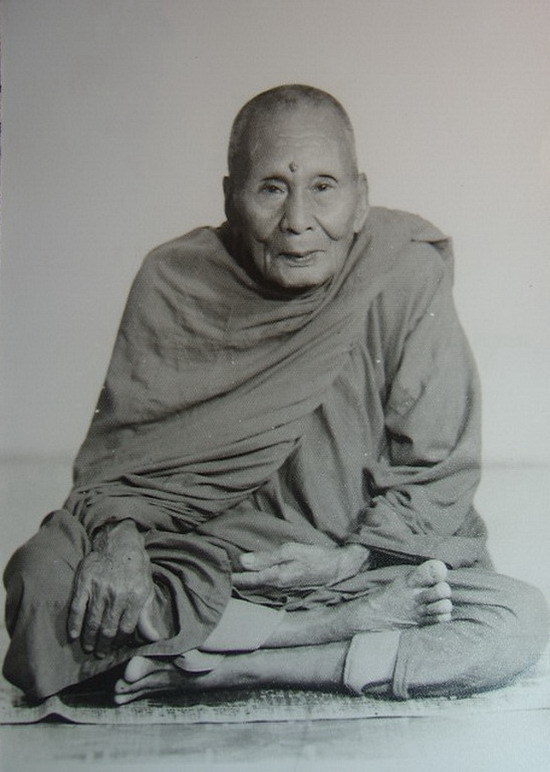 But one of the Looksit of the Wat Khao or Temple, whilst in trance during a ceremony, is said to have been possessed with the spirit of Ajarn Tong Tao, who communicated that if Por Tan Nam would recover from his illness, he would have to Ordain again. Por Tan Nam heard this news and promised to ordain if he recovered, which he did. 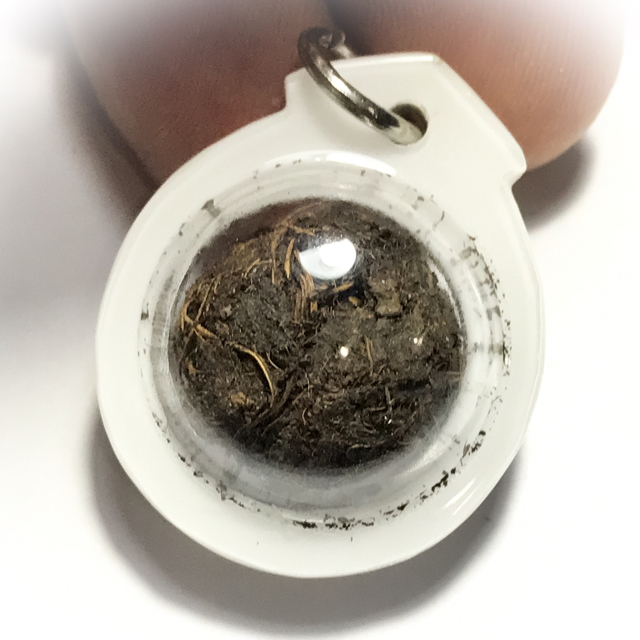 He then ordained again in 2506, and became Abbot of Wat Don Sala, until the day of his passing in 2519 BE. His Majesty the King performed the lighting of the Funeral Pyre at the Cremation of Por Tan Nam, lending great Honor to this great Master. 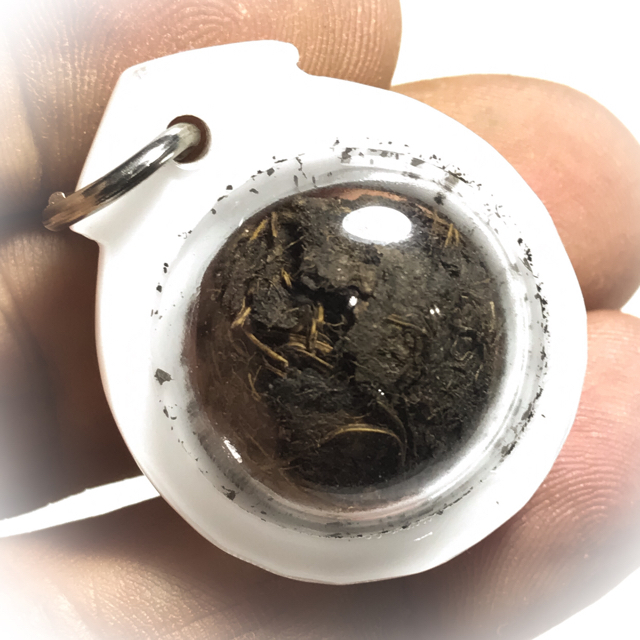 Chant 3 times on your knees with palms placed together, and bowing each time, with each palm to the floor and your outstretched thumbs touching at the tips. This leaves just enough space for the forehead to bow down and touch the floor between your two hands. 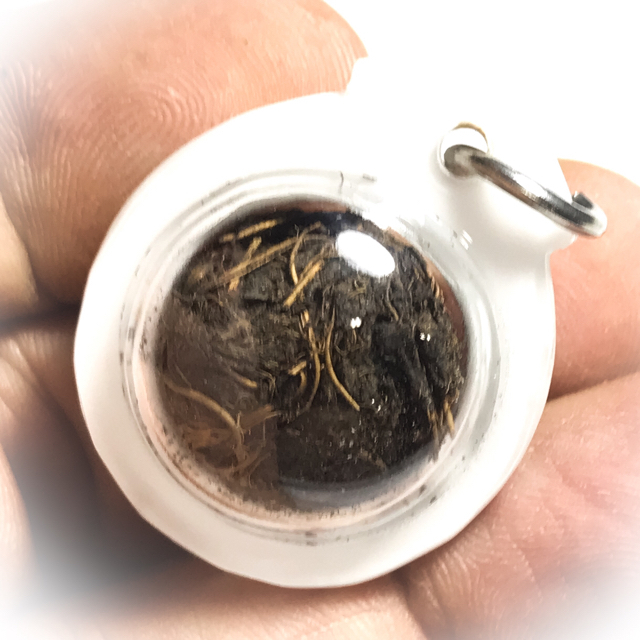 Refuge in Triple Gem Until Reaching Nibbana Throughout All Lifetimes; 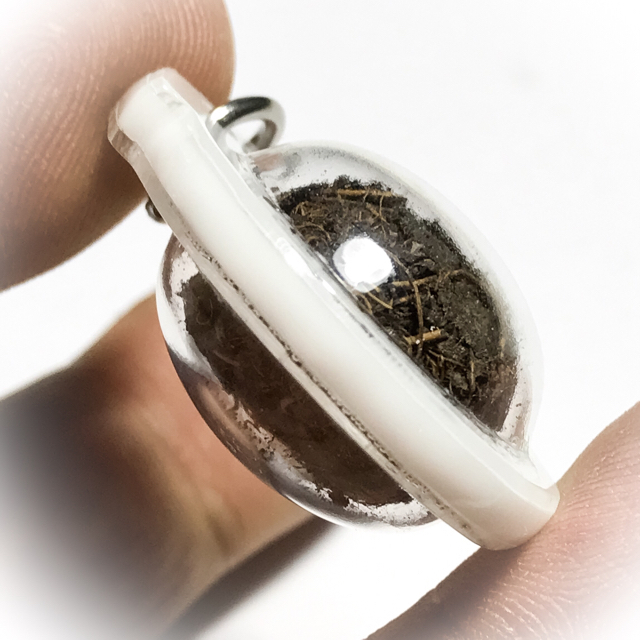 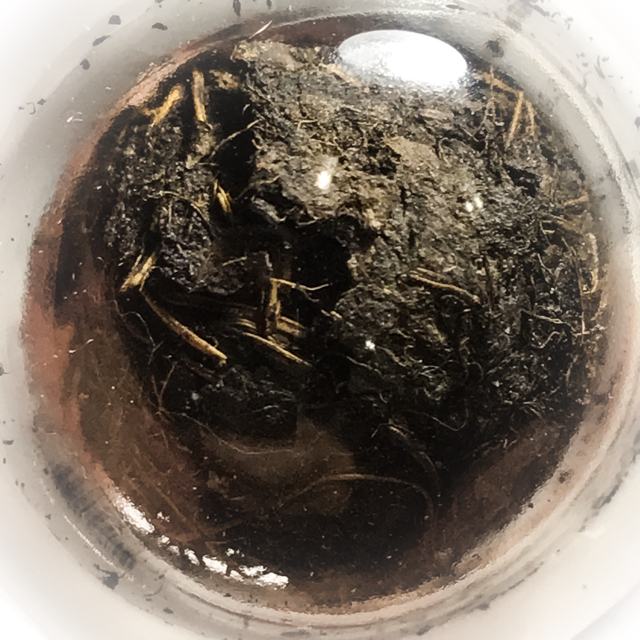 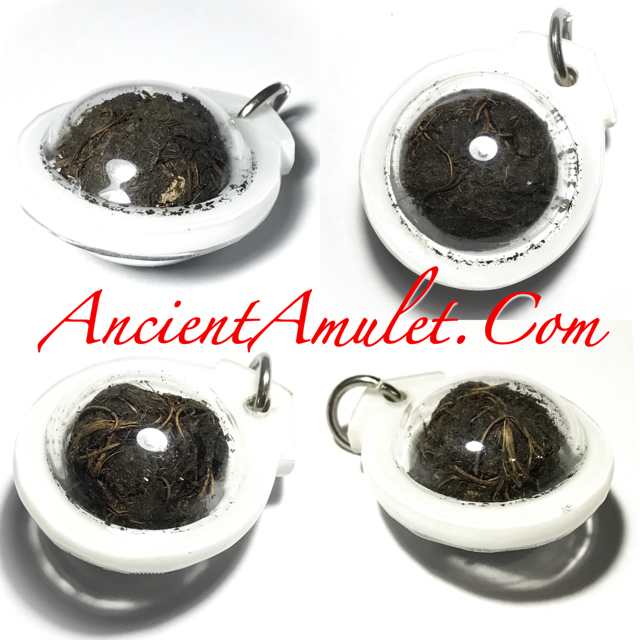