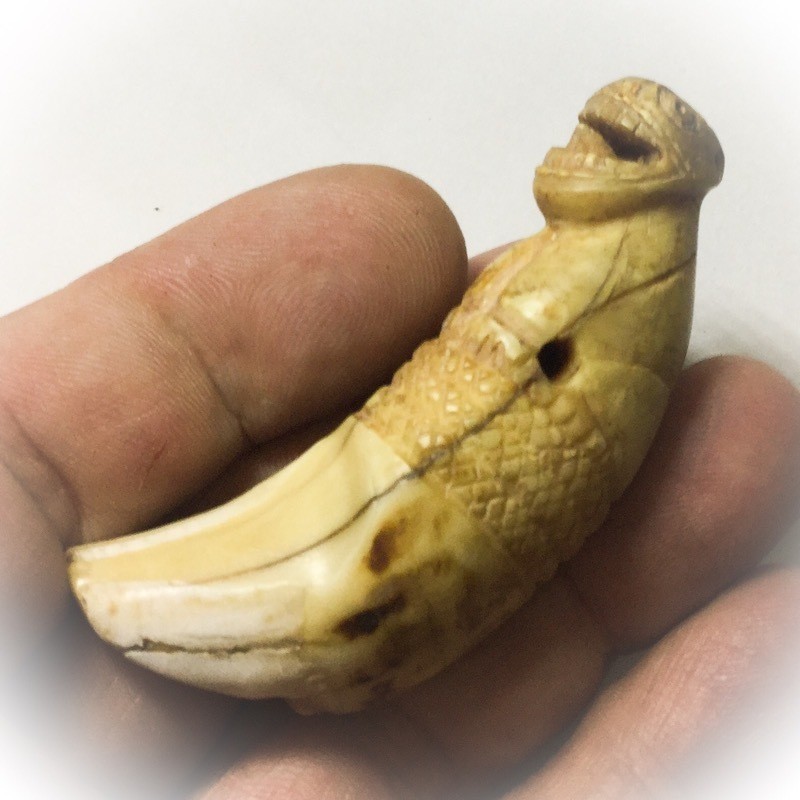 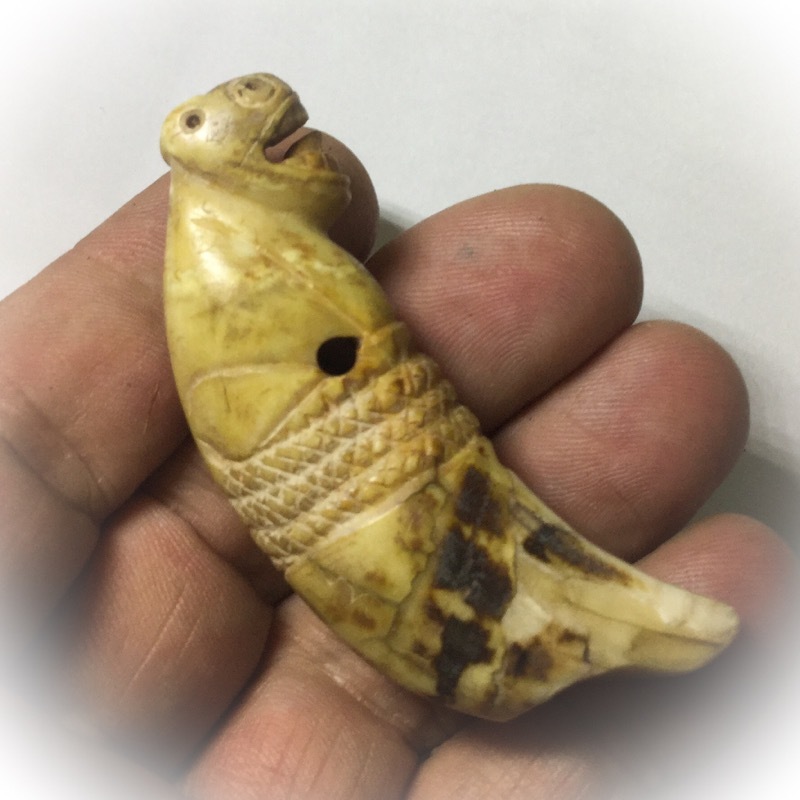 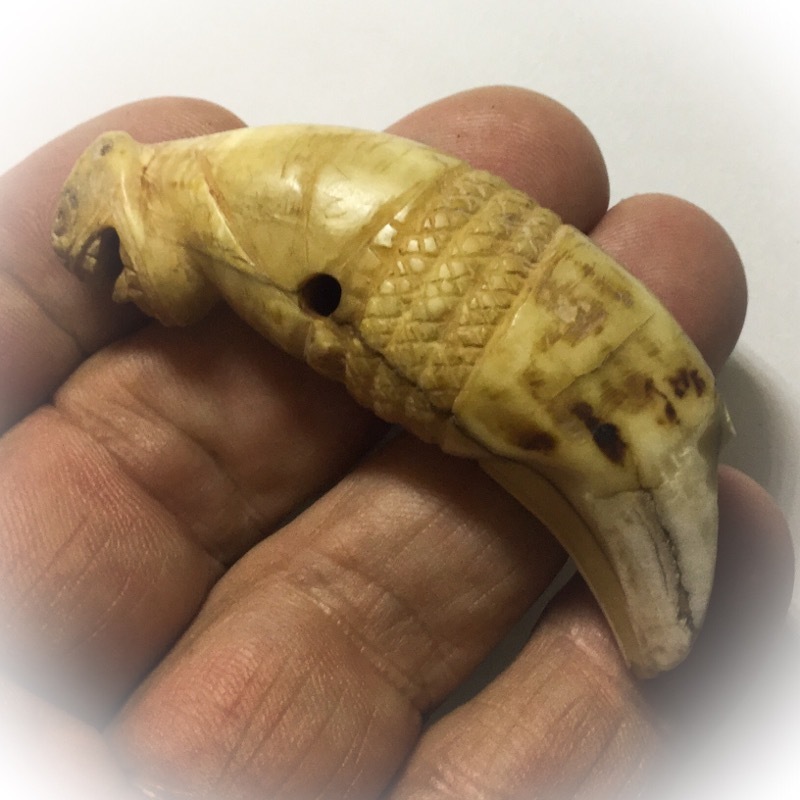 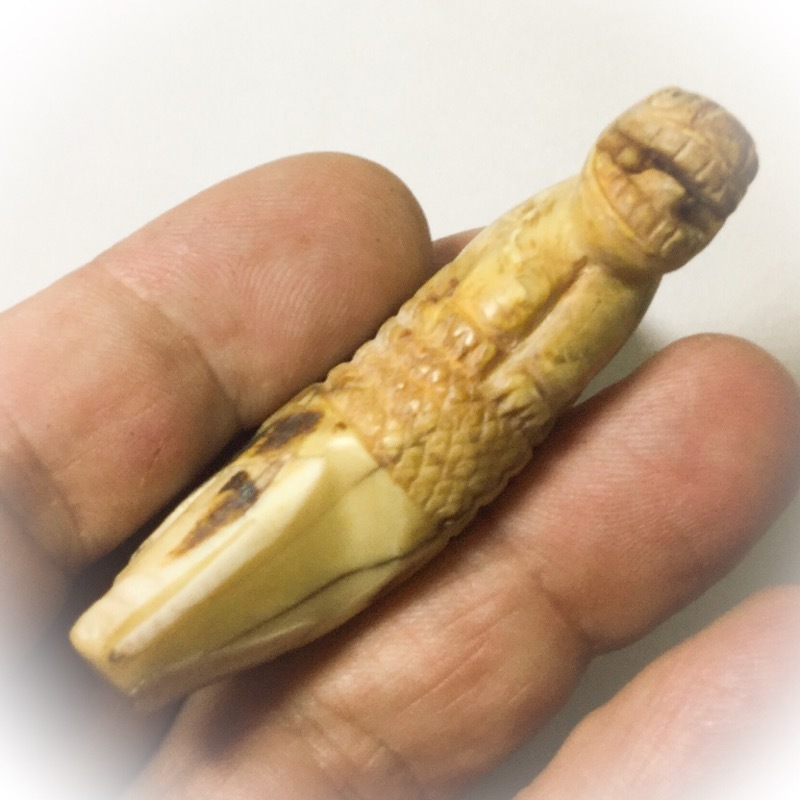 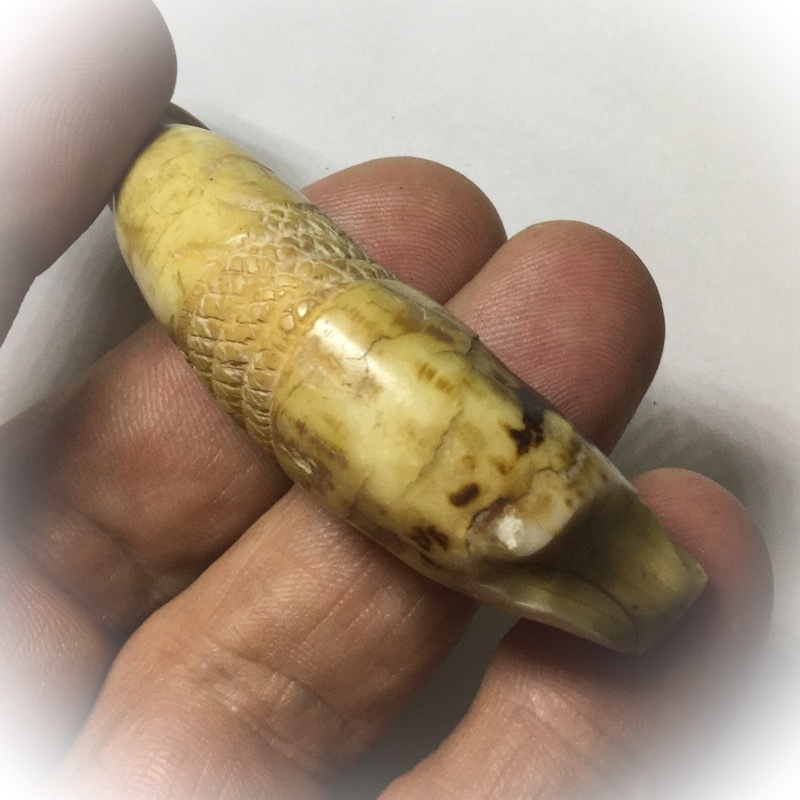 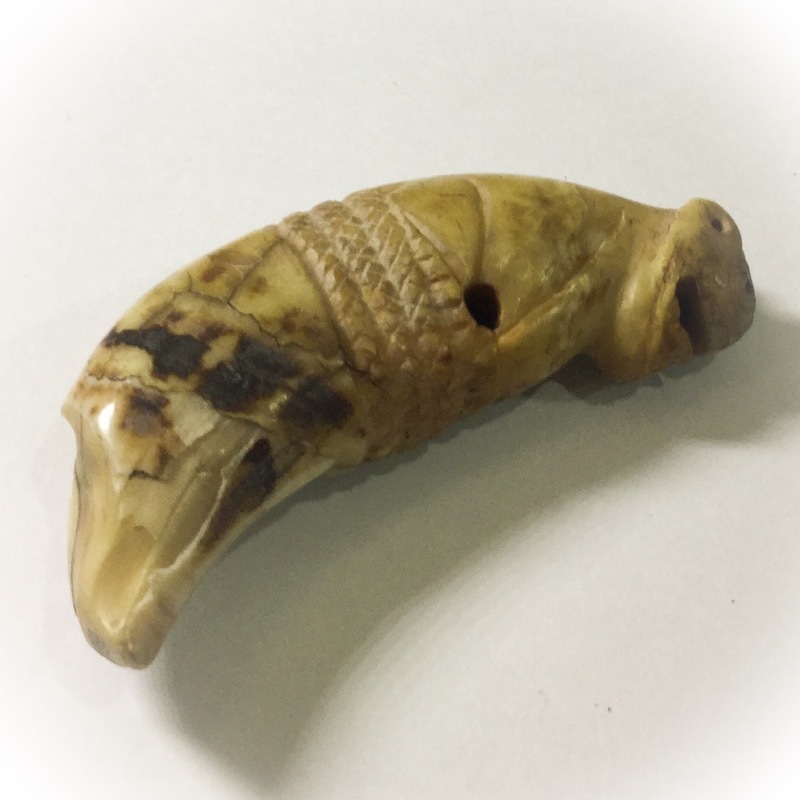 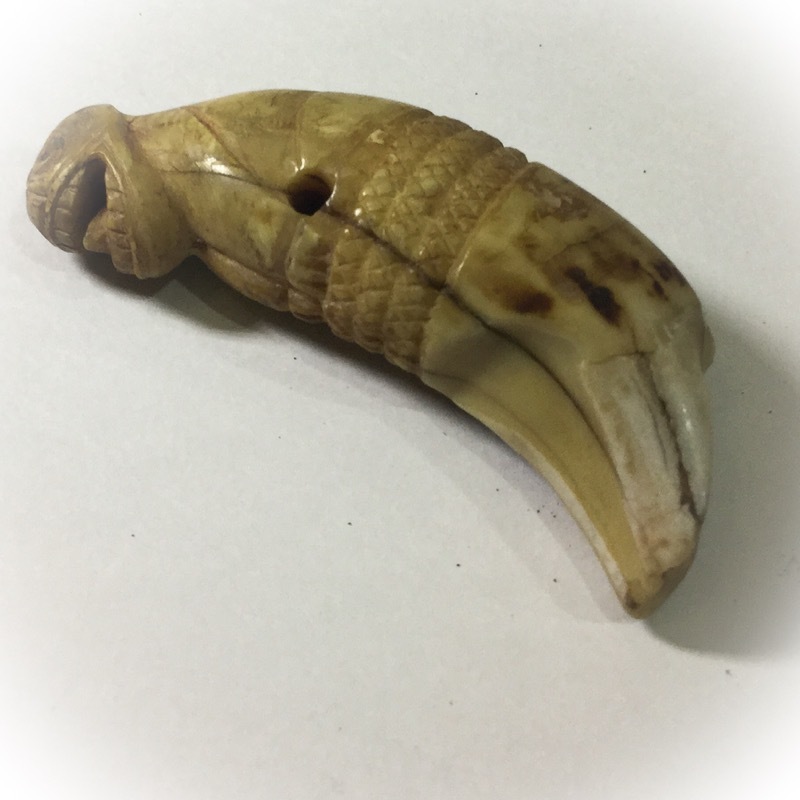 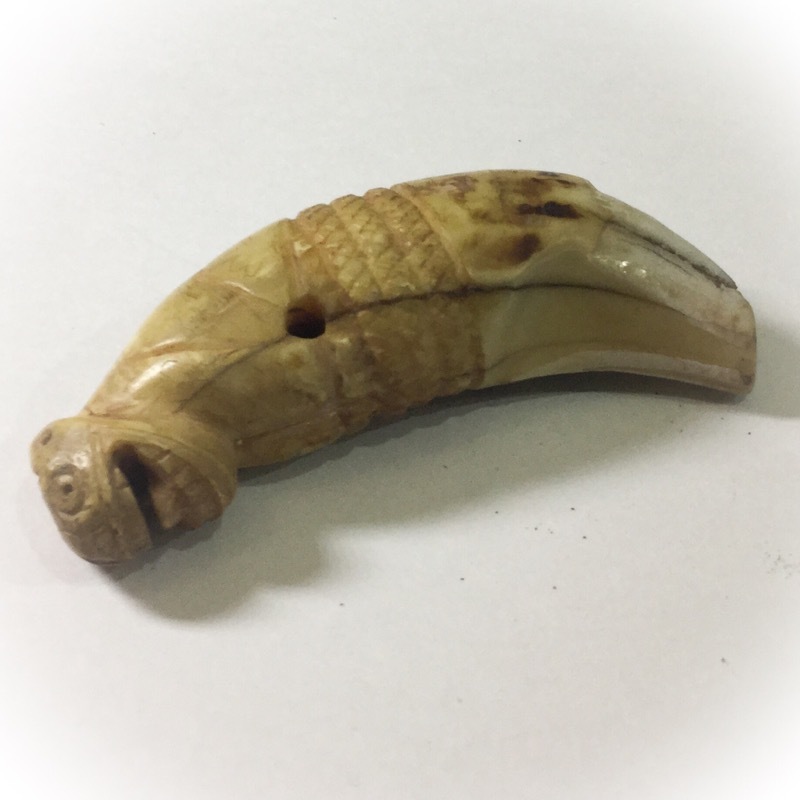 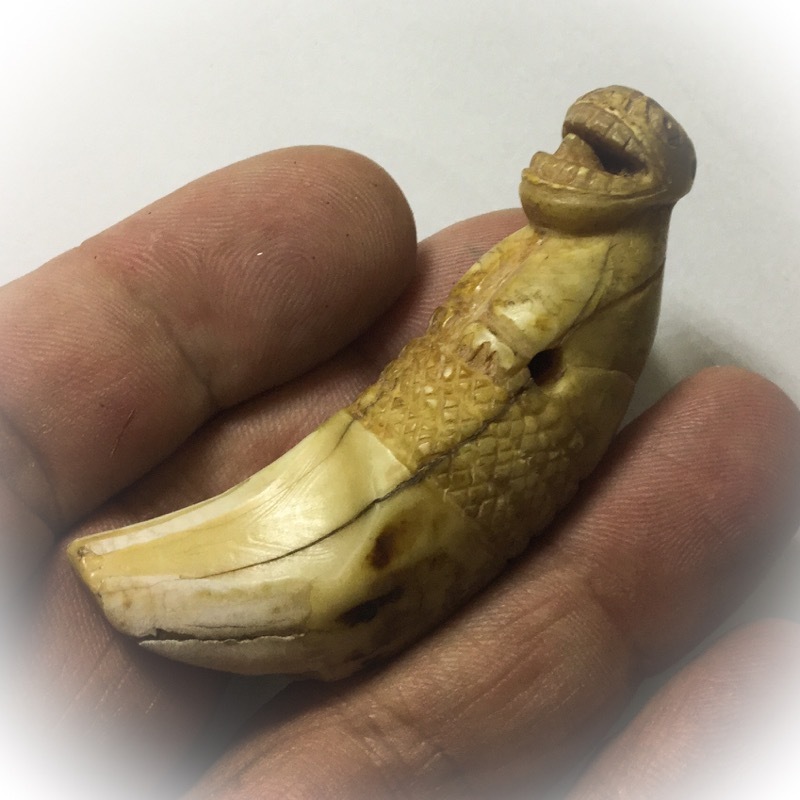 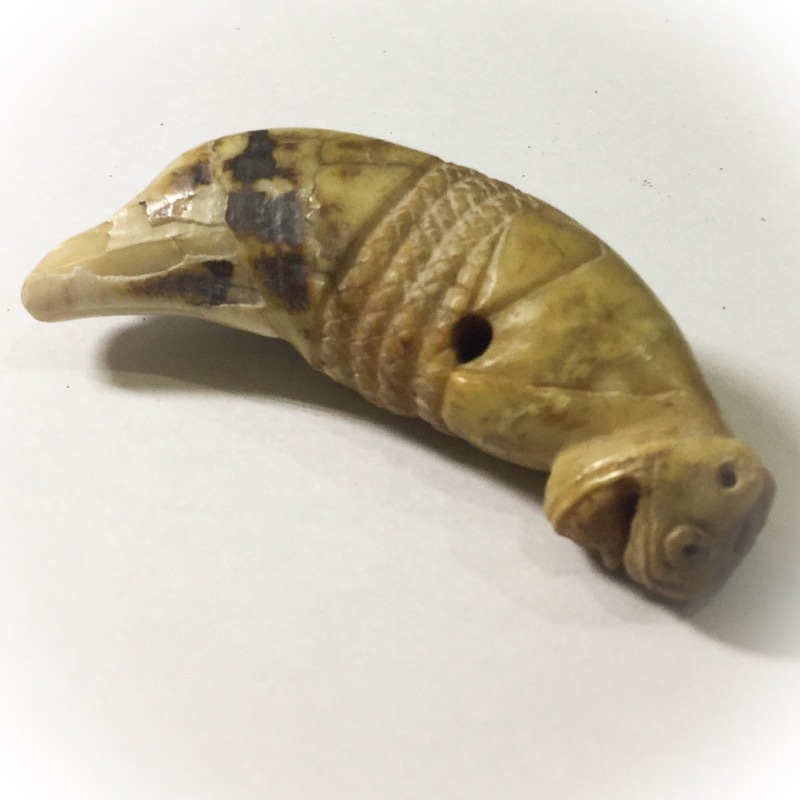 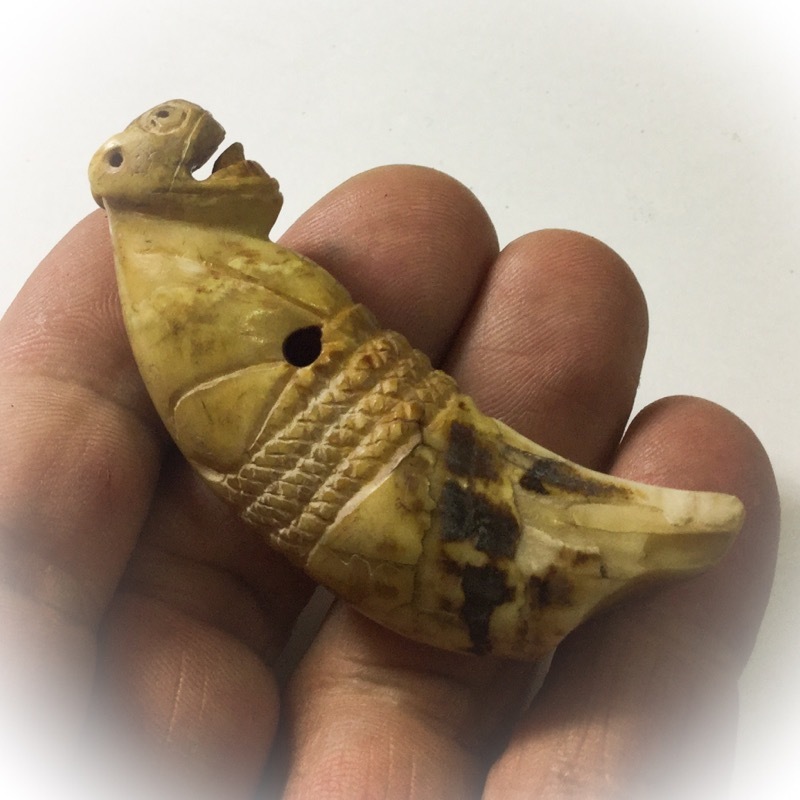 The tiger tooth has a drilled hole for attaching to a cord around your waist, or for other methods of attaching as a pendant. You can have silver or gold or waterproof casing if you wish for this item, made by our affiliate Artisan, who can design a custom luxurious case around it for wearing on a pendant chain or waist cord as you prefer. See below image for example, which shows another tiger tooth (also from LP Nok), that has been encased;