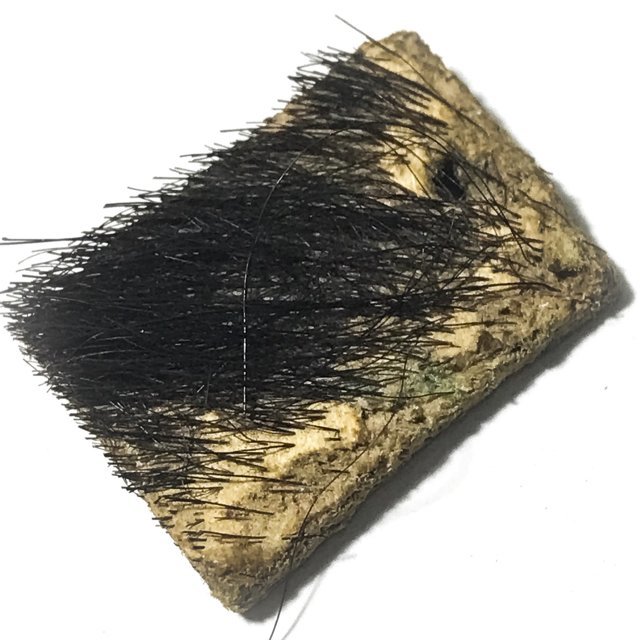 Sacred Animist Occult Charm from the Great Luang Por Jong. LP Jong, was a famous Gaeji Ajarn Guru Monk, highly revered for a vast pantheon of different amulets, but if there is one section of that Pantheon that stands out above others for its Kong Grapan Chadtri and Klaew Klaad Magic, it is his Takrut Amulets, and especially his Hnaa Phaag Suea Tiger Forehead skins. 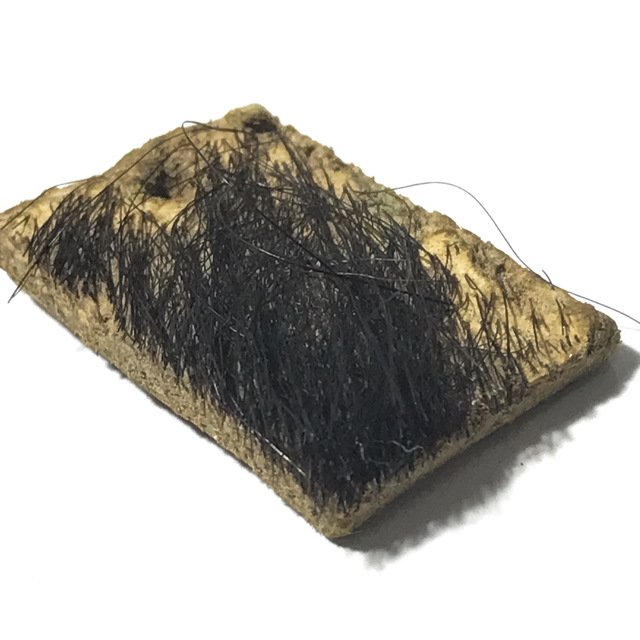 The Hnaa Phaag Suea has a hole in it for attaching a steel ring, for in olden days, devotees did not encase their amulets so often, and left them to touch and brush against the skin (samphad phiw), which was believed to enhance the effect of the magic. 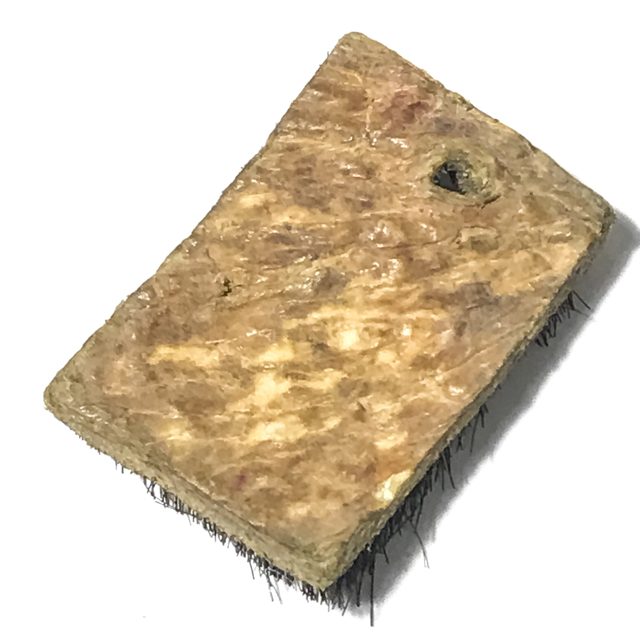 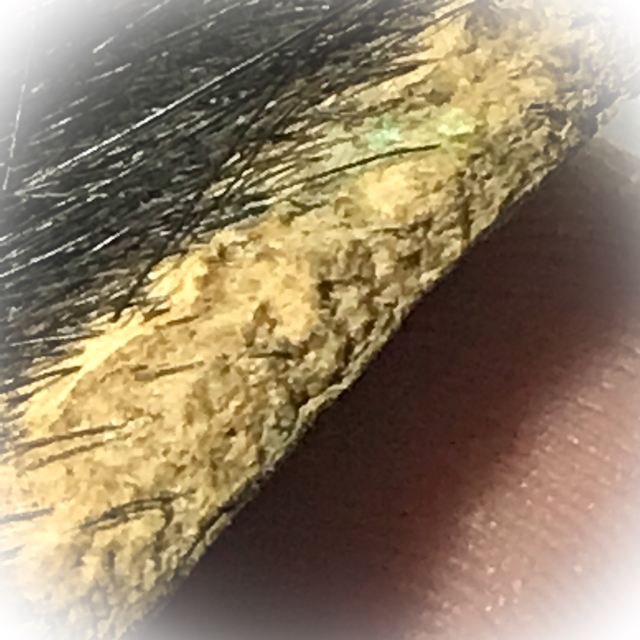 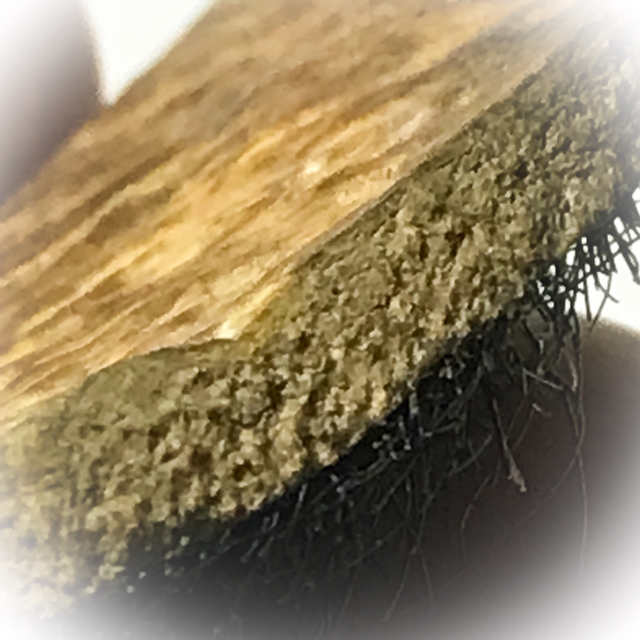 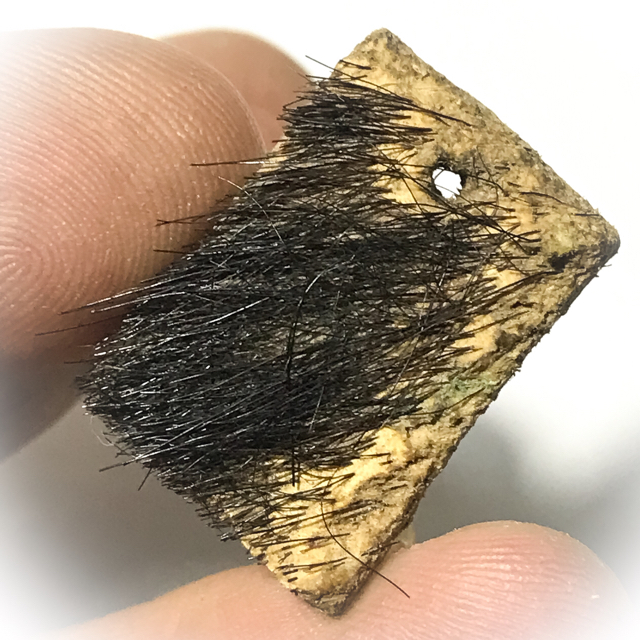 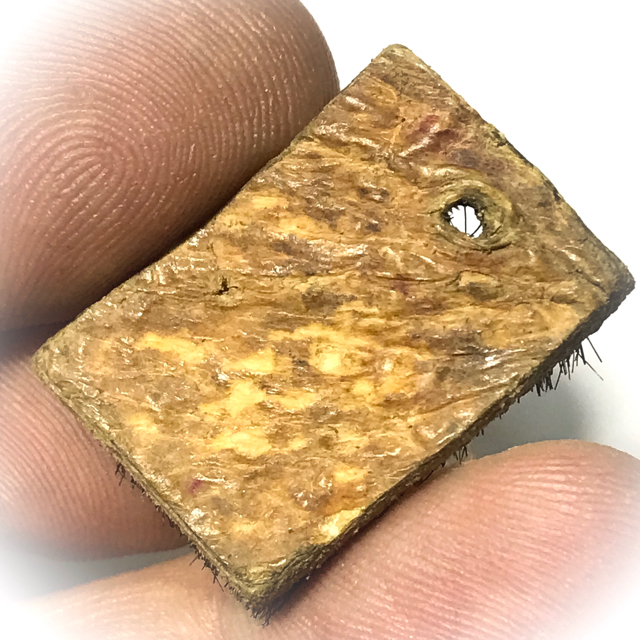 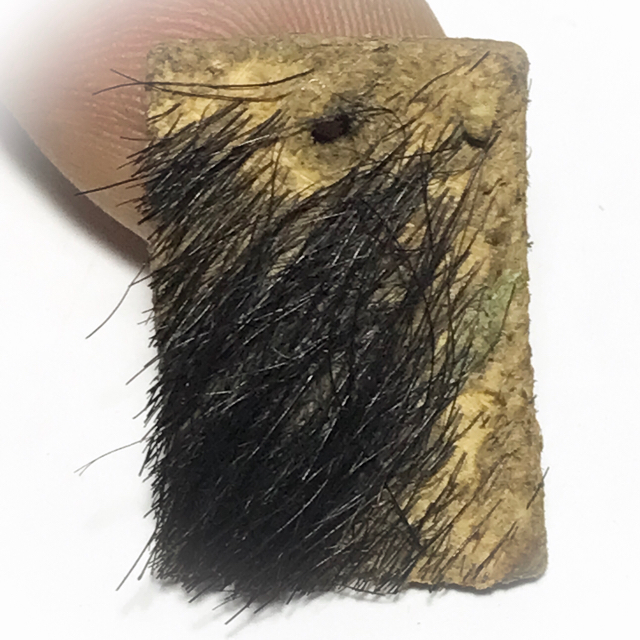 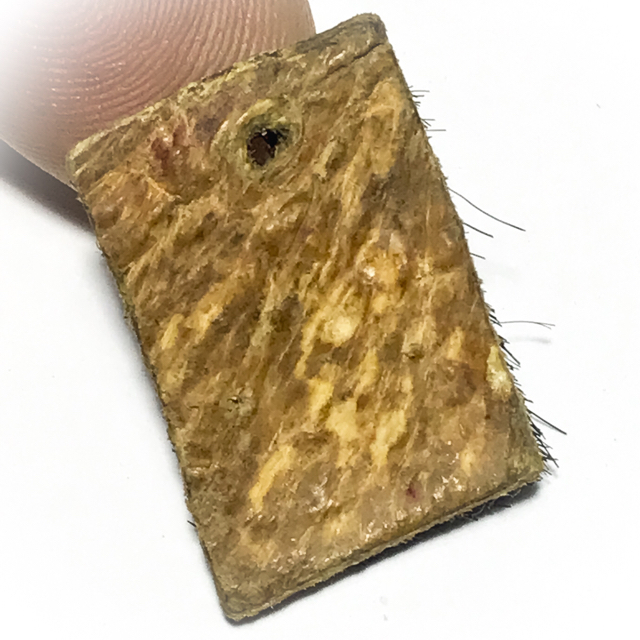 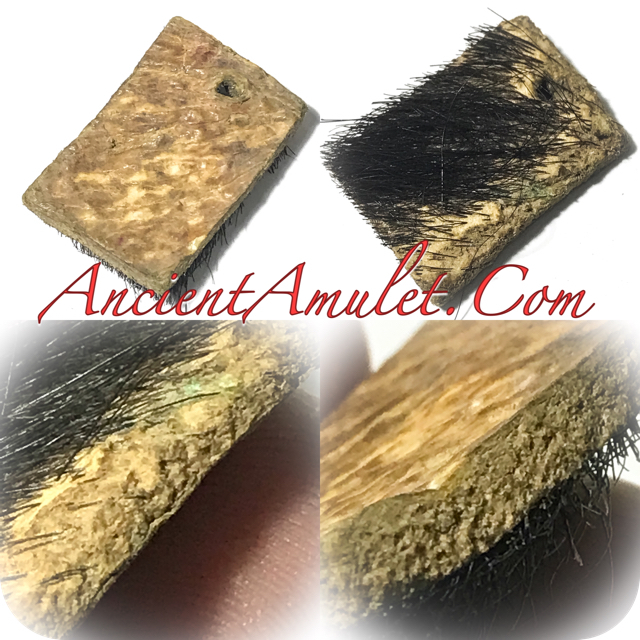