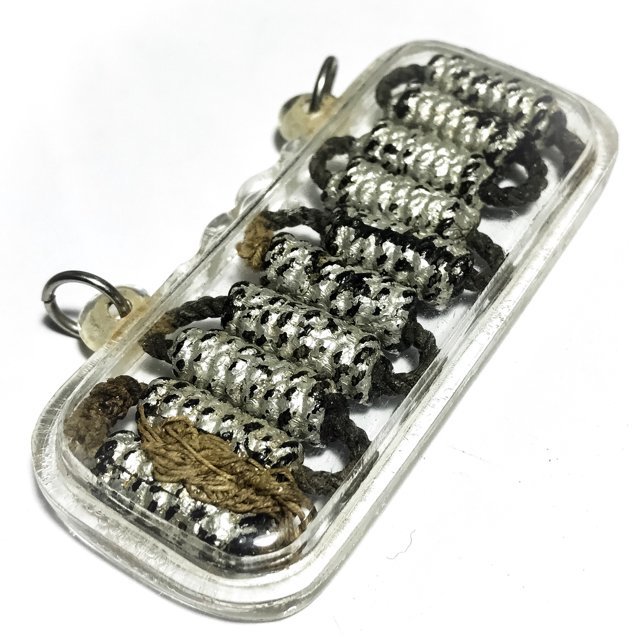 10 Takrut Spells in miniature portable version, on the original spellbound cord used to bind them, in waterproof casing for easy attachment to a waist cord or a neckchain, from the Great Luang Por Jong Puttassaro of Wat Na Tang Nork. This powerful ten-fold Wicha Takrut Compendium is an incredibly rare exhibit with hand inscribed and empowered Yantra Scroll Spells, made in the days of old by the Great Master. 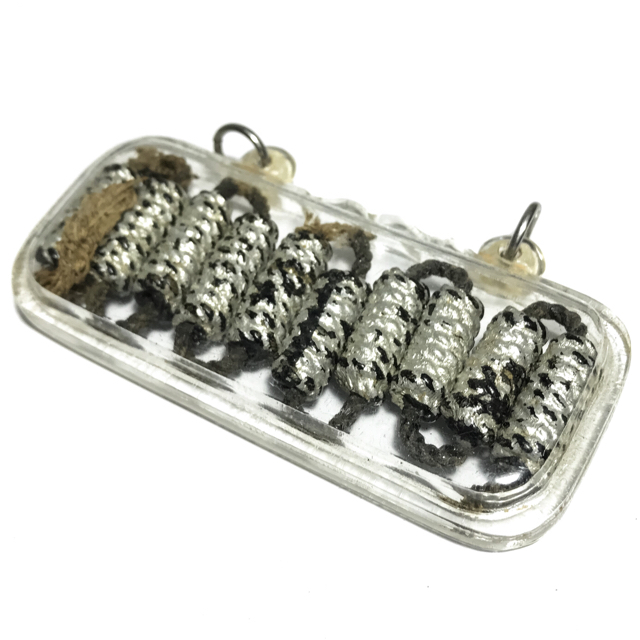 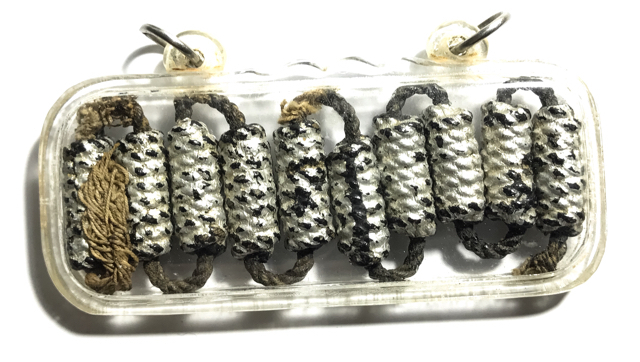 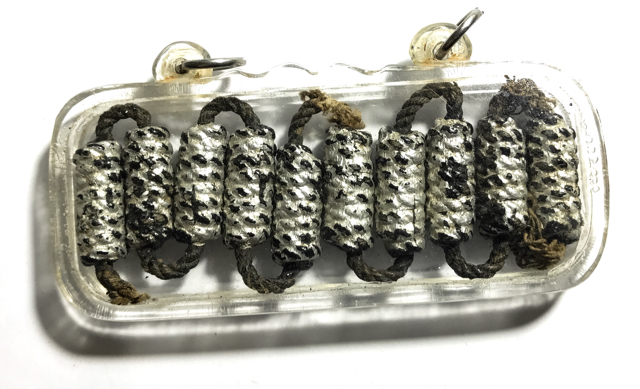 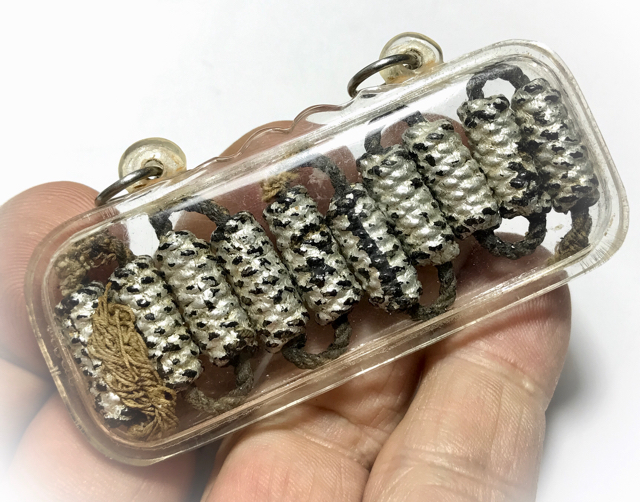 Extremely Powerful Kong Grapan Chadtri, Klaew Klaad, Serm Yos, Metta Mahaniyom, Maha Lap, and Maha Amnaj Power is embedded within this Tenfold Wicha, from one of the top Ten Master Monks of the Indo-China Wartime Era. Small and portable, this amulet is both Powerful, and of Historical Value and of Extremely High Status in the Amulet World. 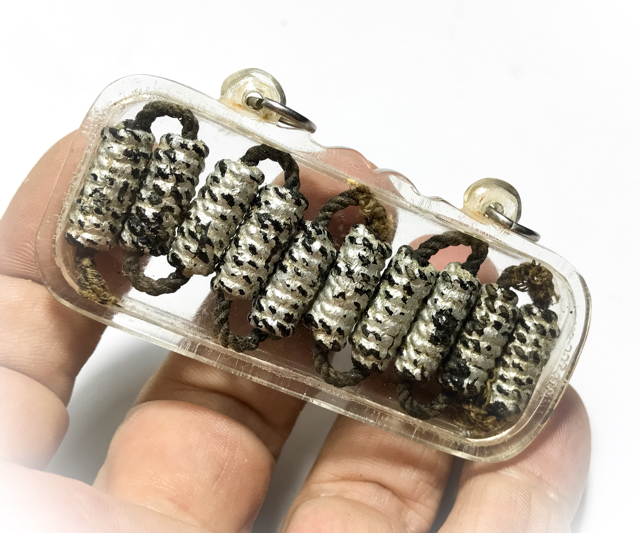 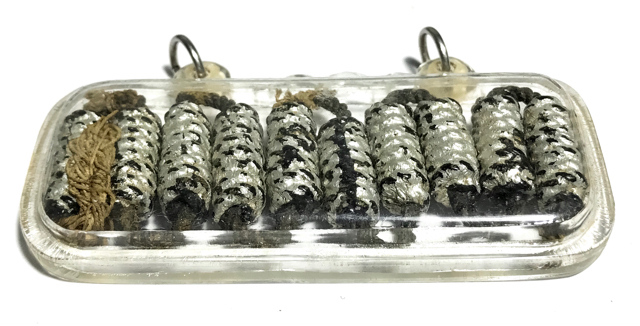 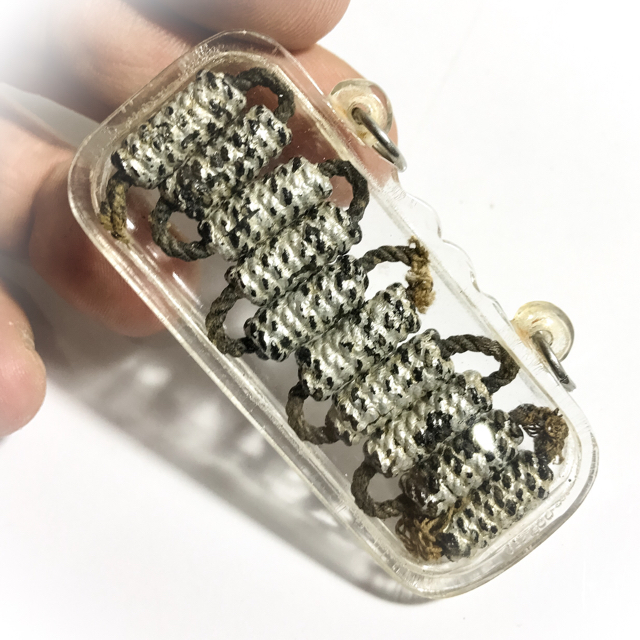 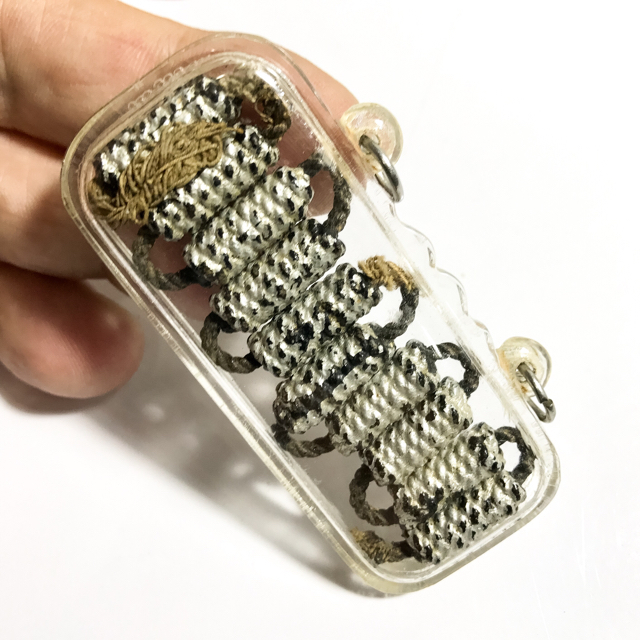 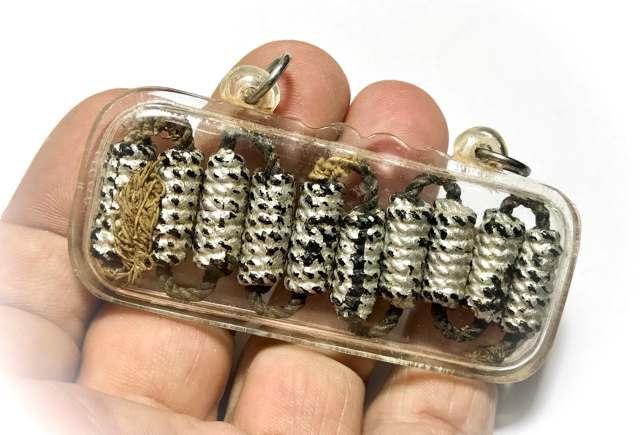 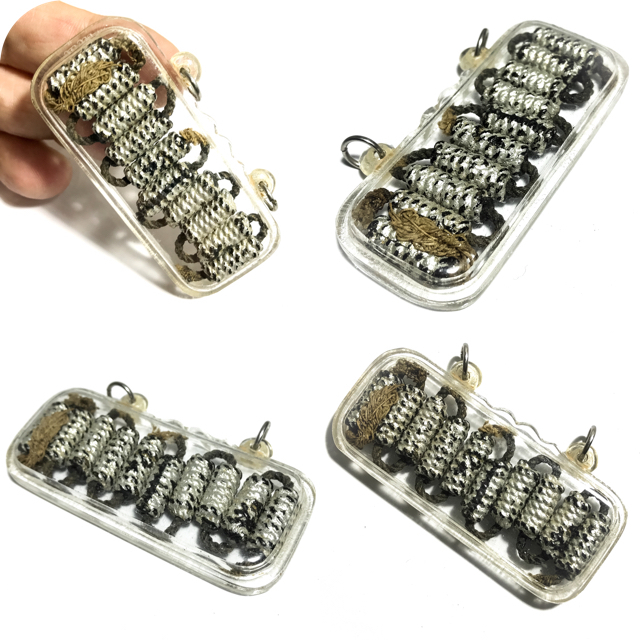