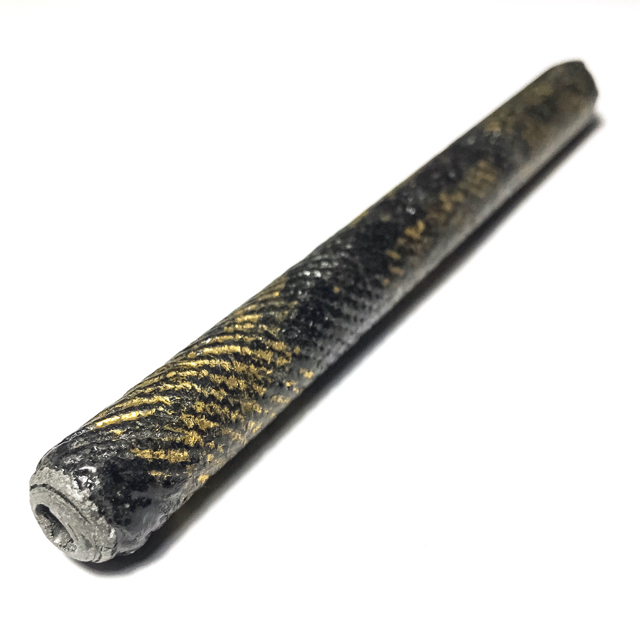 Heavy Leaden Takrut Scroll Yantra Spell 3.5 Inches long spellbound with with magical 'Chueak Akom' cord wrapping, coated in black herbal lacquer with gold leaf from the early era of Luang Por Chaem, of Wat Don Yai Horm. The Takrut Tone of Luang Por Chaem are known as powerful Kong Grapan Chadtri Klaew Klaad amulets with Maha Amnaj (commanding power and influence). This Takrut measures 5 Inches in length, and is heavy duty leaden yantra foil which has been carefully and diligently spellbound with chueak akom cords, and incantations for each winding of the cord. The Takrut were then immersed in black herbal lacquer and further empowered whilst drying out (takes weeks), and given a seal to the spell with gold leaf.

A classic Takrut from the Wat Don Yai Horm Lineage Master Luang Por Chaem, inheritor of the Wicha of Luang Por Ngern (Wat Don Yai Horm). Empowered with Kong Grapan Chadtri Magick of a true Lineage Master of One of Thailand's Most Revered and Respected Temples, who has attained equal fame and popularity as his foregoer and Kroo Ba Ajarn Luang Por Ngern himself, which is a sign of his great Merits as a Guru Monk. 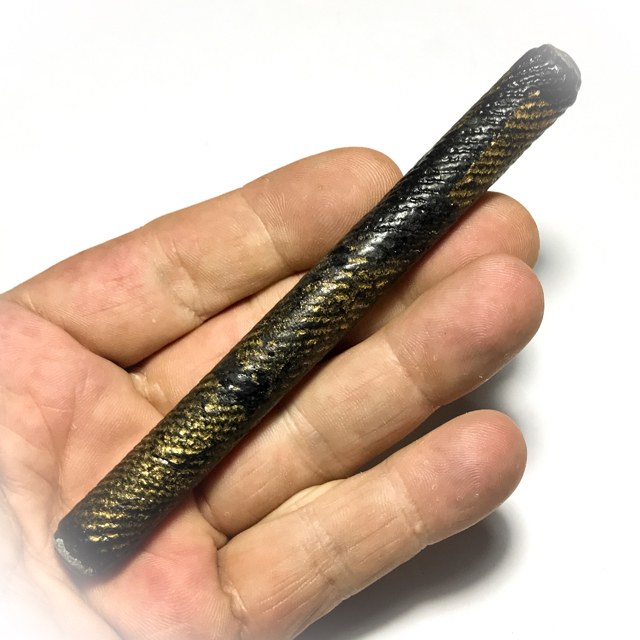 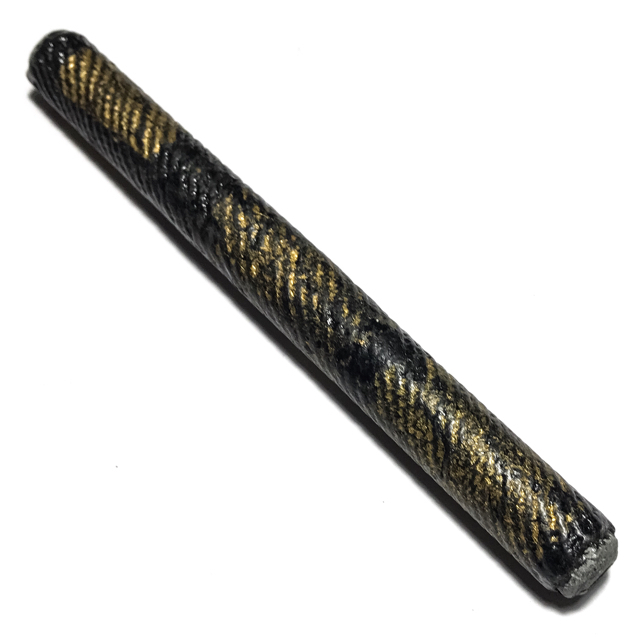 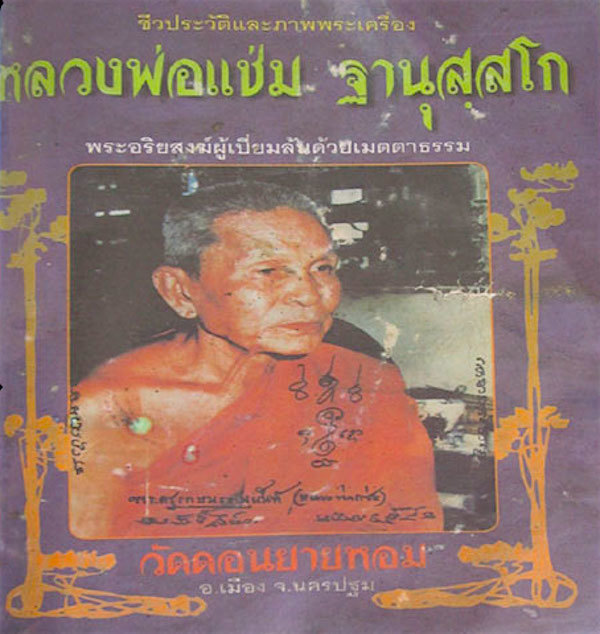 He was extremely famous for his powerful Takrut and Monk Coin amulets, Pra Pong (Muan Sarn Sacred Powder amulets), and Pha Yant, of which he made a large pantheon over the years to raise funds for the temple. 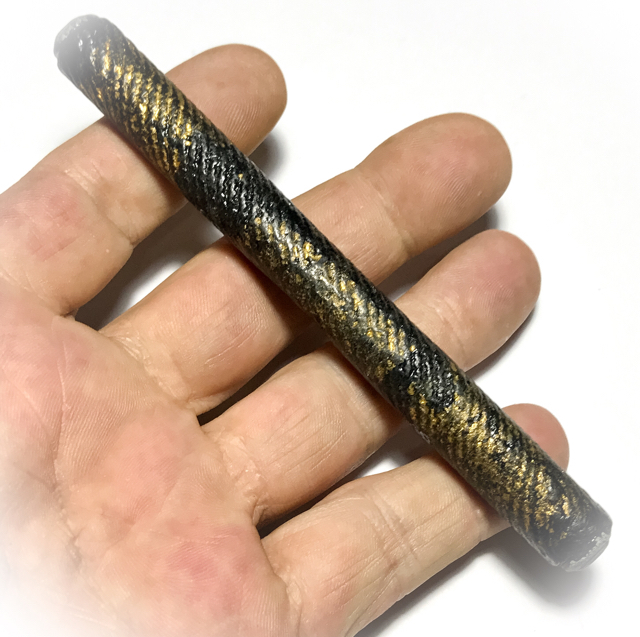 This Takrut was made during the early Era of Luang Por Chaem's trajectory, estimated around the year 2517-2518 BE. He made many talismans and charms, not all of which are documented in the official temple releases, for of course, he would also make individual amulets for his closest Looksit to Bucha. The Takrut Tone Long Rak Pid Tong is however included in the 'Dtamniap Wadtumongkol' Official listings of his amulets. Because he would make this kind of amulet throughout his trajectory, there is not official date registered in the Dtamniap, as is the case with his limited edition coins, which are more accurately documented.

His officially recorded trajectory as an Amulet maker began in the year 2513, before he became Abbot, which is catalogued as the 'Yuk Dton' early Era, which spans the time period between 2513 BE, and 2519 BE. In this period he made the following editions; 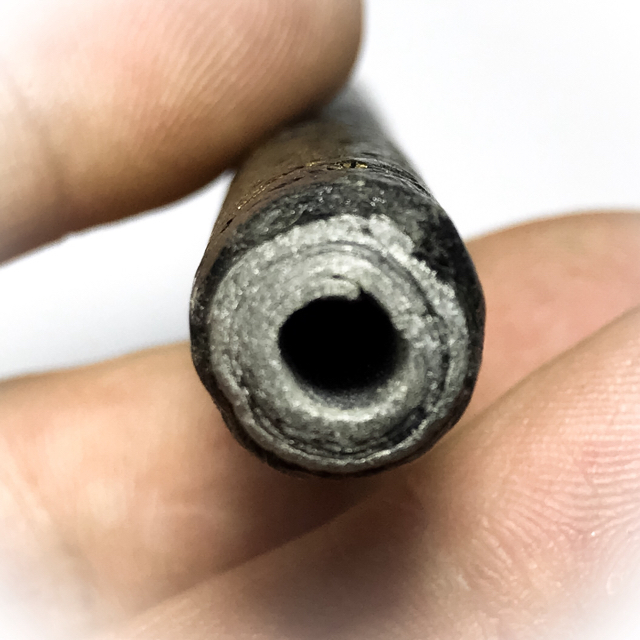 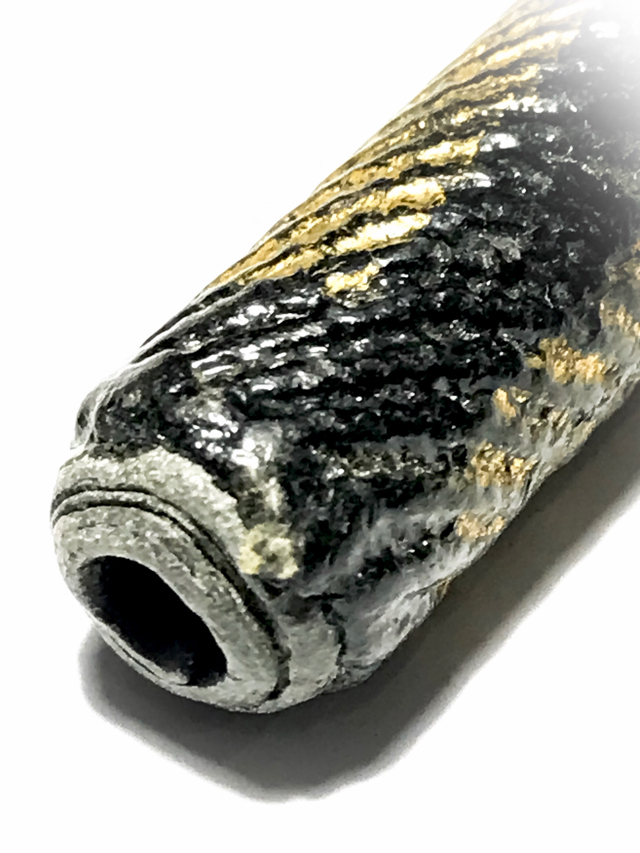 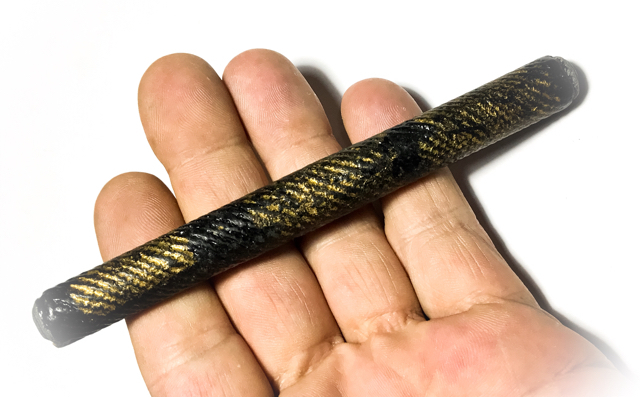 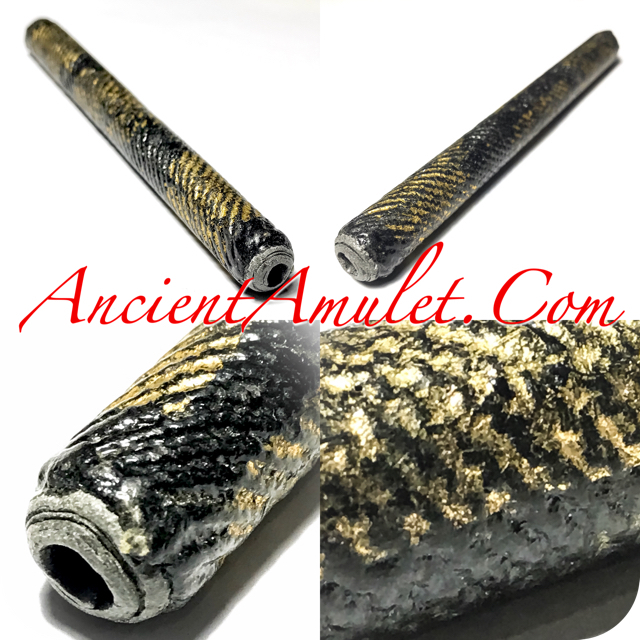