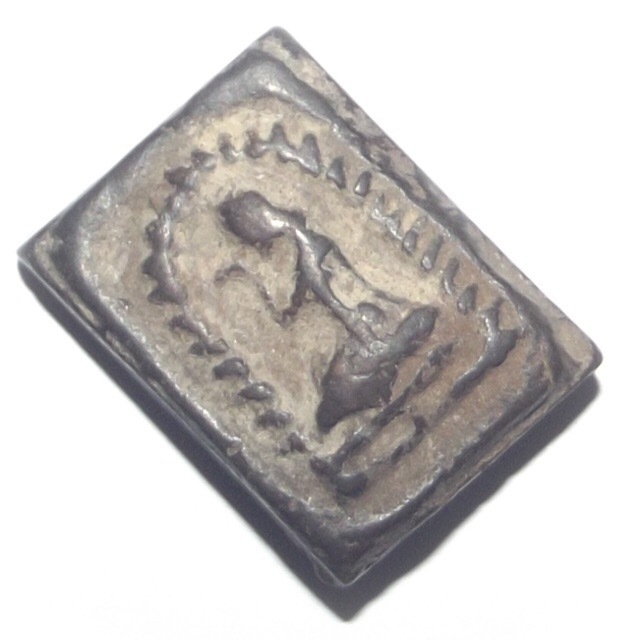 This amulet is a Pim Kanaen small size amulet for Maha Lap and Maha Pokasap, Kaa Khaay and Jerajaa Magic. Maha Lap brings lucky streaks, Maha Pokasap brings ever increasing Prosperity and Good Standard of Living, Kaa Khaay improves Business Income, and Jerajaa improves the 'Gift of the Gab' (powers of speech). All four of these qualities are the four ingredients for a recipe of success in commerce and professional advancement, and great prosperity (and hopefully happiness should come easy with prosperity, if you truly learn how to be happy). 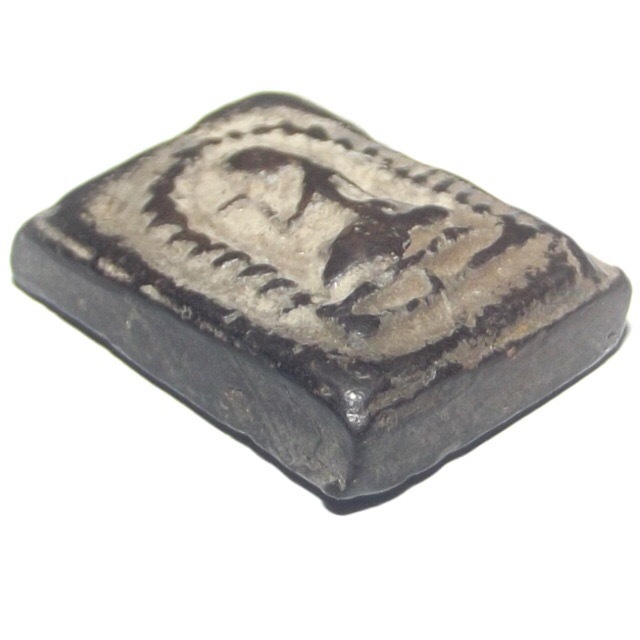 A classic example of the popular tradition of black Bai Lan powder Buddhist Amulets which came from the Supanburi Province Masters during the early post 2500 BE period, which have become so famously sought after and collected by devotees and aficionados of this particular category of Ancient Amulet.

The Nang Kwak amulet has been subjected to burial within a Kru hiding place chamber, resulting in the ubiquitous 'Kraap Kru' mildew stains and residue growth which has formed and become tightly affixed to the surface of the amulet. This aspect of the surface appearance is held to be a high point of observance with amulet aficionados, and is used as a method of evaluation of authenticity, and of sacred value, as well as of aesthetic beauty. 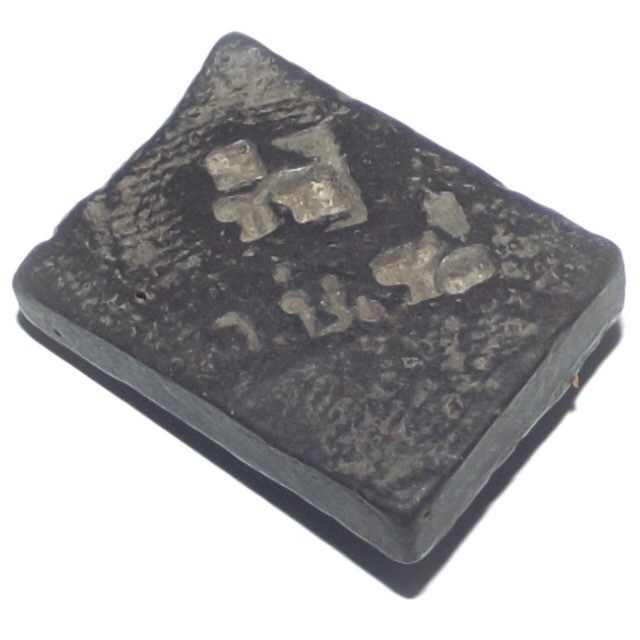 Nang Kwak is an extremely Ancient Deity who has been worshipped since the time when the Lord Buddha was walking the Earth, and is derived from a story of the daughter of a Brahman Market merchant who traveled to markets to sell his wares on an oxcart, and who was blessed with great wealth and success due to the merits of his beautiful and charming daughter, lady Supawadee. 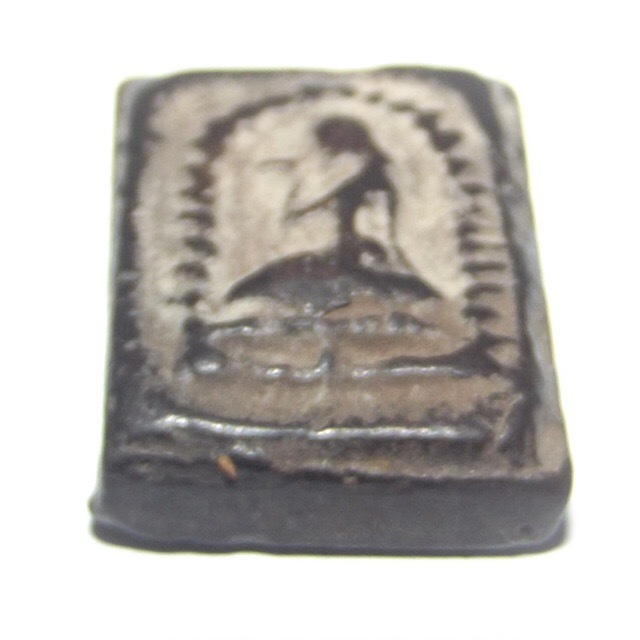 There is also the Thai Occult Legend which gives a different account of the origins of Lady Nang Kwak, which goes like this;

Nang Kwak is the daughter of 'Phu Jao Khao Khiaw' (meaning 'Grandfather Lord of the Green Mountain - Khao Khiaw could also mean 'Green Horns'). Phu Jao Khao Khiaw was a Lord of the Jadtu Mahaa Raachiga realm (one of the lower levels of Heaven - an Asura realm of giants and monster beings). His other name is 'Pra Panasabodee', and he is the Lord of the forest and places where wild plants grow. In that time, there was an Asura demon called Taw Gog Khanag (otherwise known as 'Taw Anurach'). Taw Gog Khanag was a good friend of Phu Jao Khao Khiaw, who had been attacked by 'Pra Ram' (the name of Rama in the Thai Ramakian - adapted from the Indian Ramayana Epic), who had thrown a Gog tree at him which pierced his chest and carried him through space to be pinned to the side of 'Pra Sumen' (Mount Meru). In addition, Pra Ram cursed him with the following magic spell; 'Until your descendants weave a Civara monks robe from lotus petals, and offer it to Pra Sri Ariya Maedtrai (Maitreya - the future Buddha), your curse will not be lifted'. 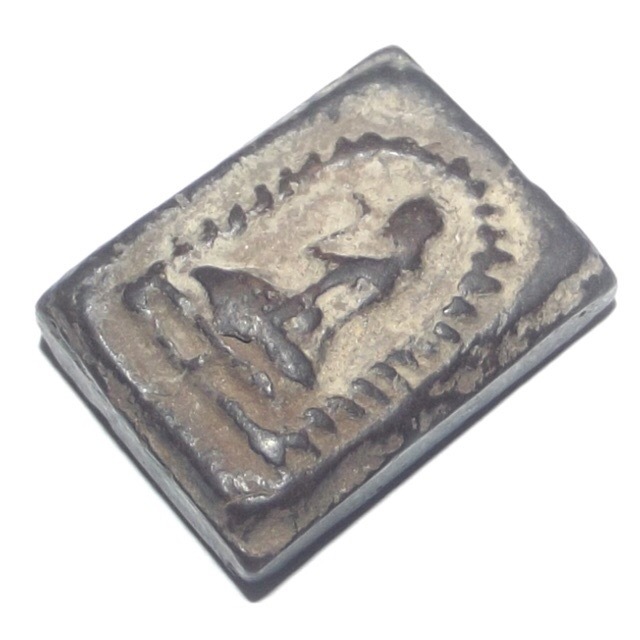 After this, Nang Prajant, the daughter of Lord Gog Khanag (Taw Anurach) had to serve her father, spending the days and nights trying to weave a Civara robe from lotus petals, in order to have it ready for offering to Pra Sri Ariya Maedtrai, who will descend to become enlightened in a future age from now. Because Lord Gog Khanag had to remain cursed and pinned to Pra Sumen, his daughter was in a pretty dire state without her father to help run things. Because she had to spend all her time weaving the Civara, she had no time to go sell things or make money, nor time to run a shop. When Jao Khao Khiaw heard the news of this, he felt compassion, and sent his daughter Nang Kwak to go stay with her as a companion. Because of the 'Bunyarit' (power of her great merit), Nang Kwak caused merchants and rich nobles from around the area to flock to Nang Prajants home and bestow gifts of gold, silver and money on them. Nang Prajant became wealthy and led a comfortable life. 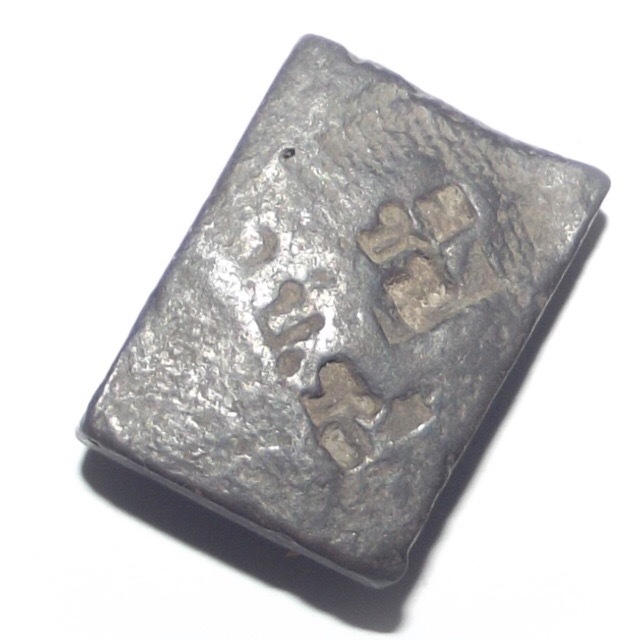 The rear face of the amulet has the words 'Chern' and the letters W B and Ch, (วบช) for Wat Bang Chor

Nang Kwak statues are a very sacred and ancient tradition of Deva worship which Thai Buddhists adopted from Brahmins as they immigrated and came to stay in Siam, long before Buddhism had got a foothold. Due to this, Ajarns of Ancient Times created 'Kreuang Rang' (magical effigies) in the likeness of a lady with a shoulder mantle, sitting and beckoning with her waving right hand, inviting you to come and buy her wares. The statues were dressed in the traditional costume, and the Masters would make offerings and chant in meditation, until the statues hand began to wave back and forth, which was the signal that the ritual was successful and complete. Nang Kwak is seen to be prayed to (Bucha), as an altar statue, and also as an amulet, and Pha Yant (Yantra Cloth). 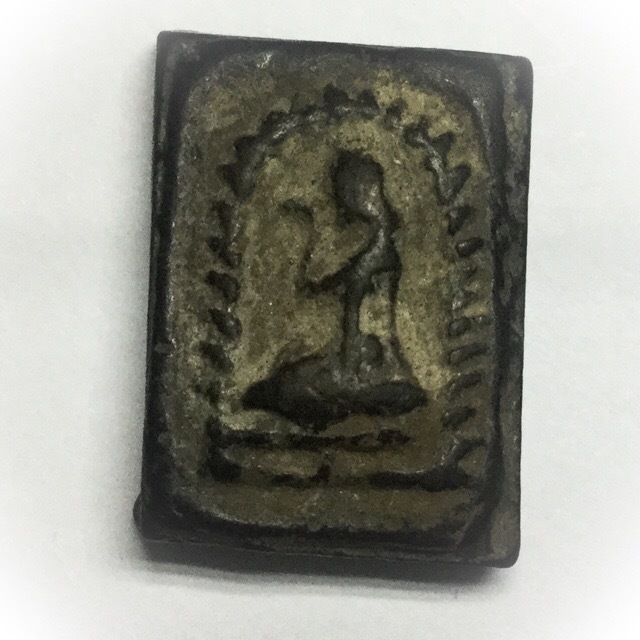 Kata Nang Kwak is a prayer used when paying devotional merits to Nang Kwak, who is used in the place of business to increase the amount of customers and sales you may ingress. Nang Kwak is a very popular magic cloth Yantra used in most business establishments in Thailand. You can also see Nang Kwak worshiped as a statue . Traveling salespersons may use Nang Kwak portable amulets to be able to make Bucha whilst on the road, and ensure success in their salesmanship. Once they had already become pretty wealthy,

What to chant? What to Offer? How to place the statue?… Nang Gwak is one of Thailands most commonly seen Deities. Her image is given offerings and prayed to, in order to increase wealth and business prosperity. She is a Deity revered by Merchants in both India and Thailand, by both Brahman, and Buddhists alike.

Nang Gwak is the helper of all shop-owners and merchants. She is normally seen placed on a high shelf (normally a wooden or red and gold lintel, called ‘Hing’ in Thai) and offered “Nam Daeng” (a red syrupy drink, often used in Bucha offerings to Deities in Thai Buddhist practice). Also, Incense, and flower garlands are offered to please Nang Gwak, and bring customers and make sales. Kata Nang Gwak is used when paying devotional merits to Nang Gwak, who is used in the place of business to increase the amount of customers and sales you may ingress. Nang Gwak is a very popular magic cloth Yantra used in most business establishments in Thailand. You can also see Nang Gwak worshiped as a statue .

To Bucha Nang Gwak, One should use 5 incense sticks and offer flowers (preferably jasmine), red syrup drink (‘Nam Daeng’). Some water, and also some sweets and rice as offerings. Light the incense, candles, and offer the flowers and drinks. Then Say “Namo Dtassa Pakawadto Arahadto Sammaa Samputtassa” 3 times, and bow three times to Buddha before you begin chanting Kata Nang Gwak. 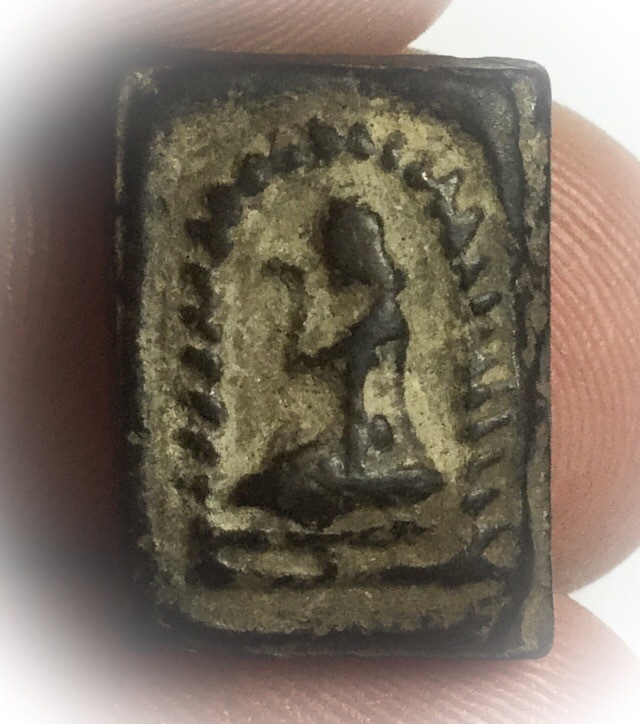 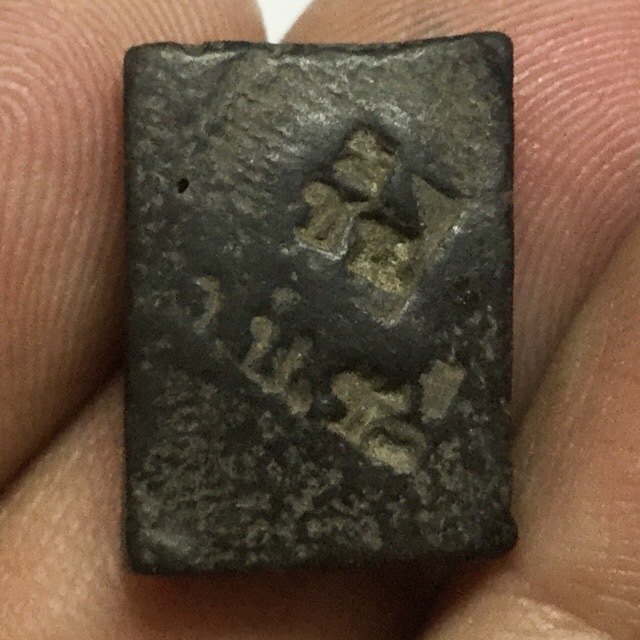 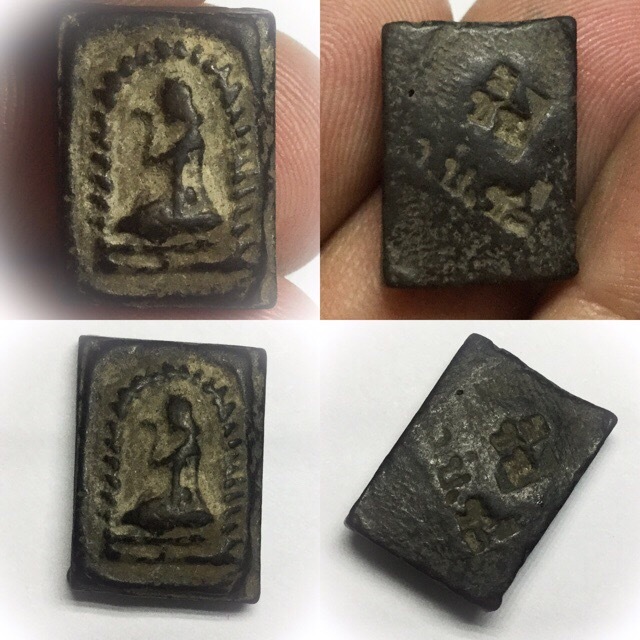