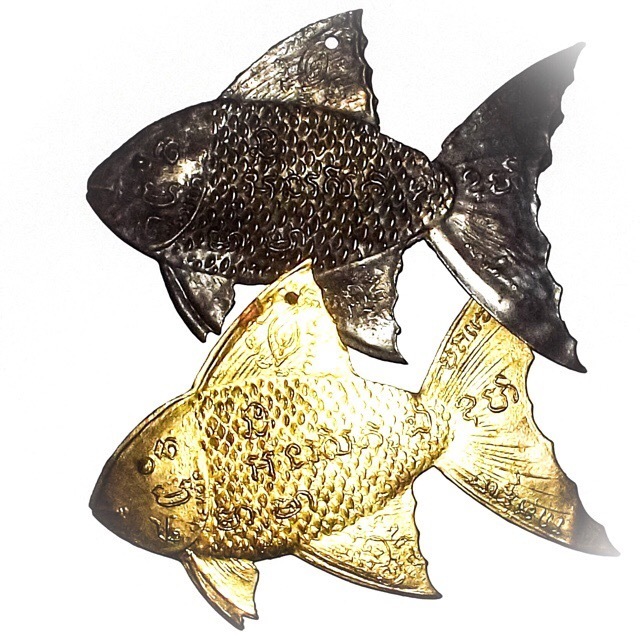 Pla Tapian are extremely recommendable for Merchants, Salespersons and Business Owners, for their ability to increase good commerce and attract customers. 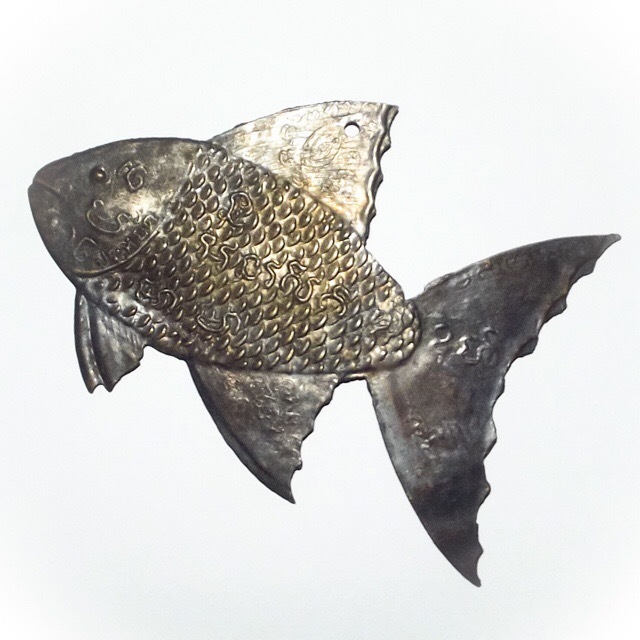 One can see Pla Tapian Tong-Ngern in shops and places of business, market stalls and floating markets all over Thailand, which is a popular Animist Charm that has been used for many Centuries if not thousands of years. 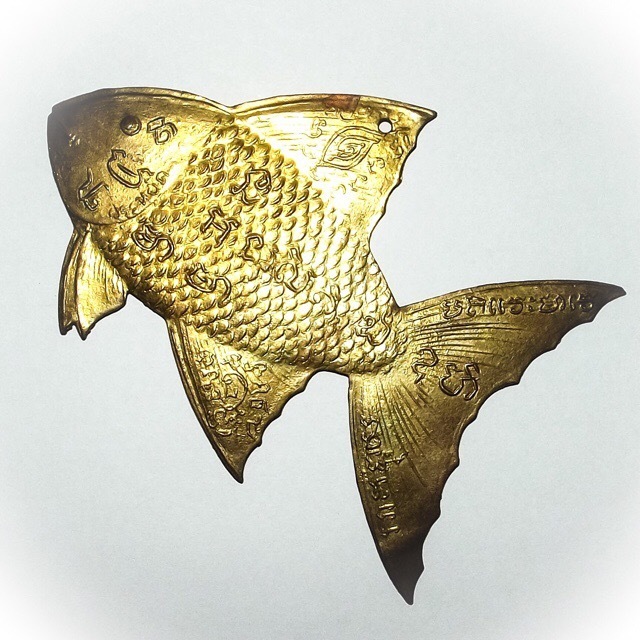 The Pla Tapian Koo is a placed together double set composed of one 'Dtua Phu' male (classed as gold Tapian) and one 'Dtua Mia' female (classed as silver Tapian). The word 'Ngern' means silver, and 'Tong' means gold, but, 'Ngern-Tong' in Thai, means 'Wealth'. The Pla Tapian both have a keyring hoop attached for hanging in the desired place. 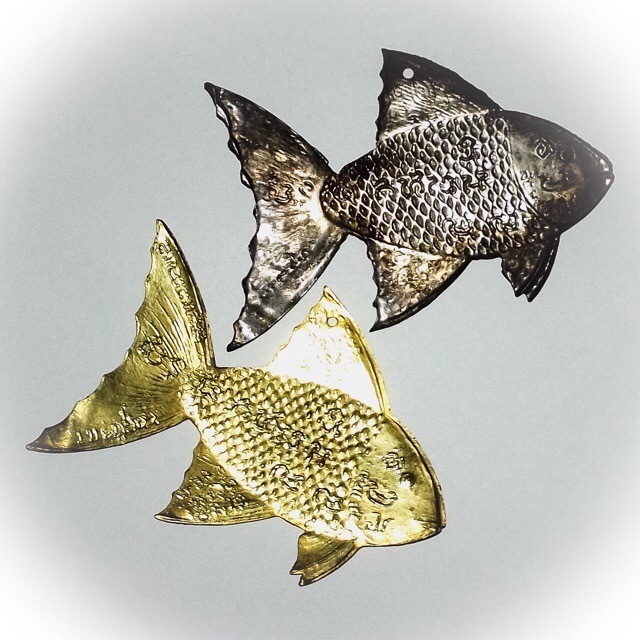 The Pla Tapian amulets have also become famous over the decades for their ability to bring people out of poverty and lead them to success. Very popular with small traders, market salespersons and also with large business establishments. Thai-Chinese Folk are also very reverent of the Pla Tapian Koo silver-goldfish Animist charm. Use to hang or place in a frame or wear in your place of business and your pleasure haunts too, to attract customers, admirers, employers and helpfulness. 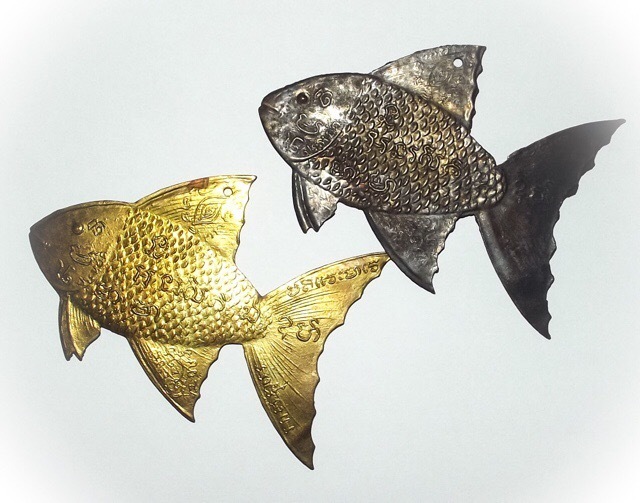 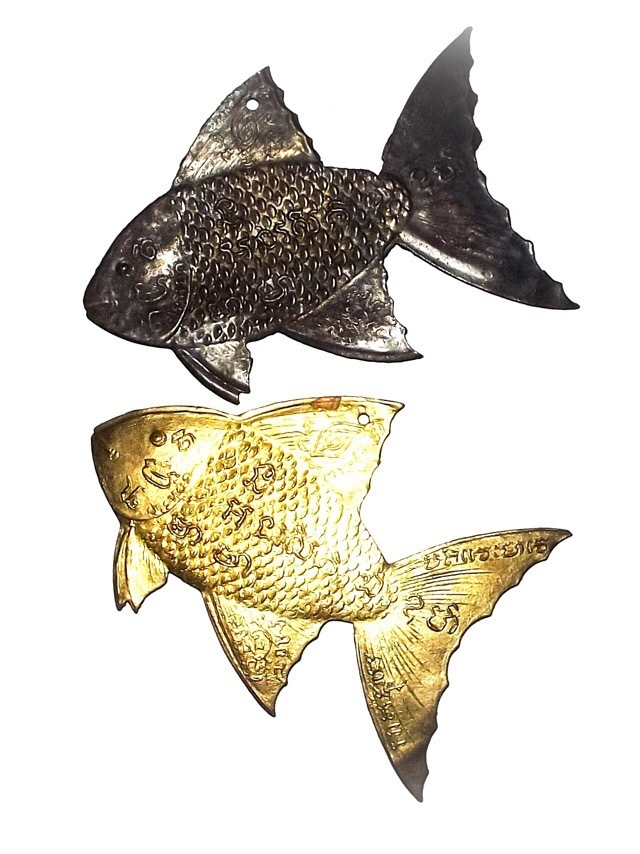 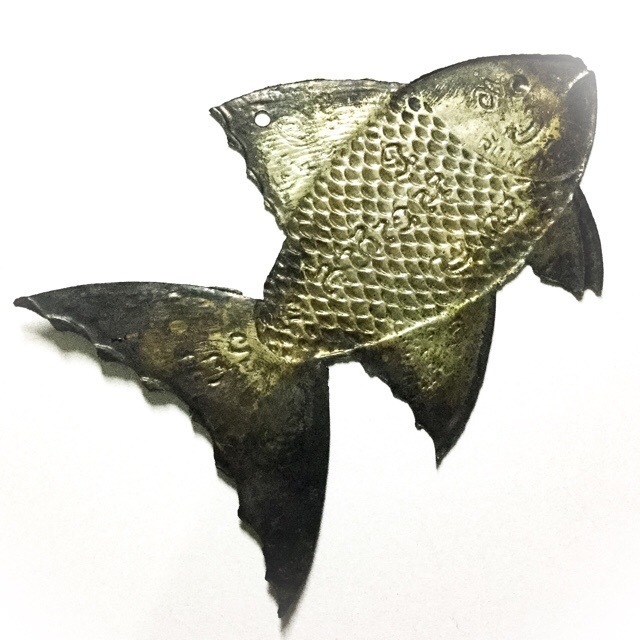 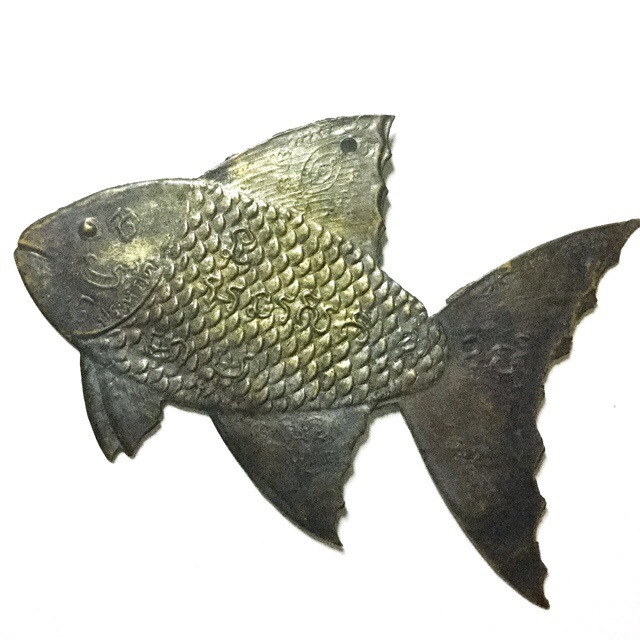 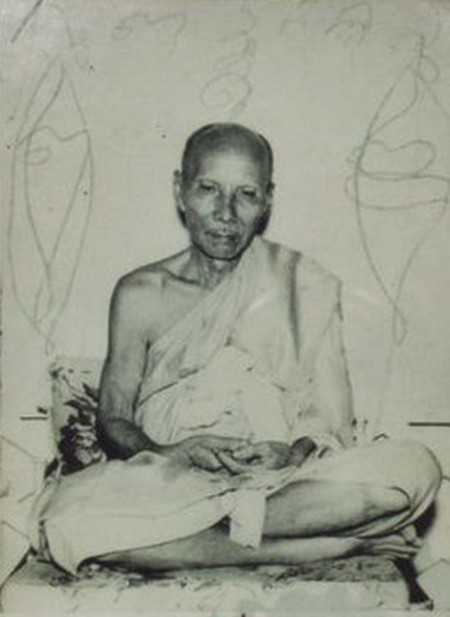 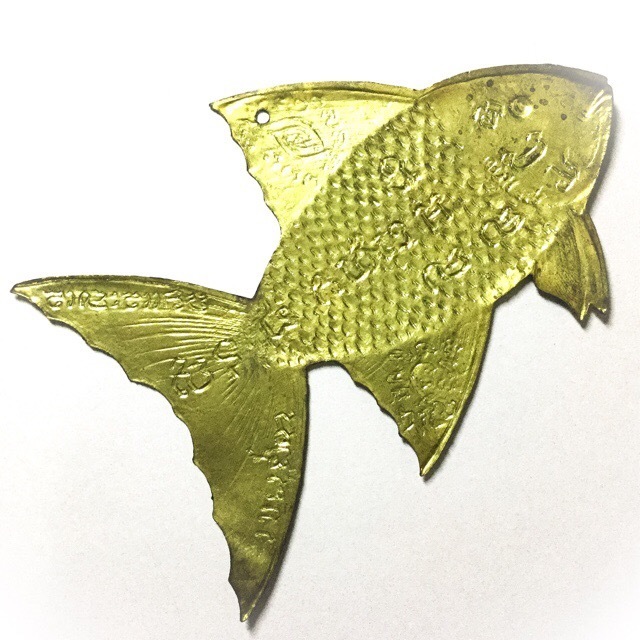 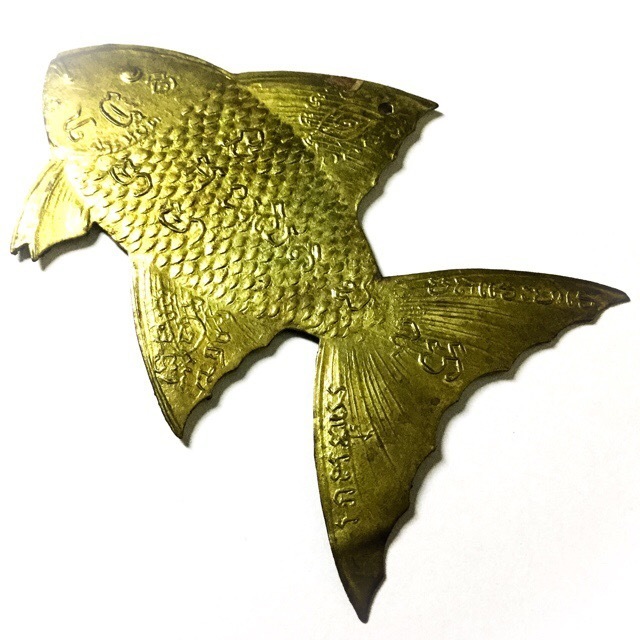 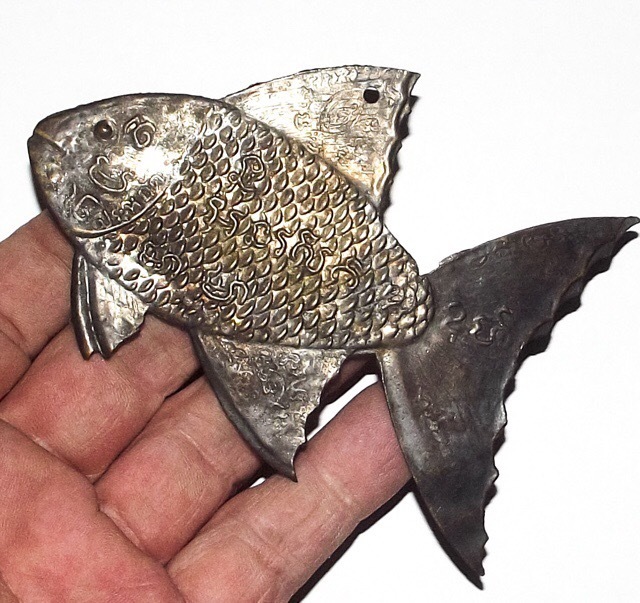 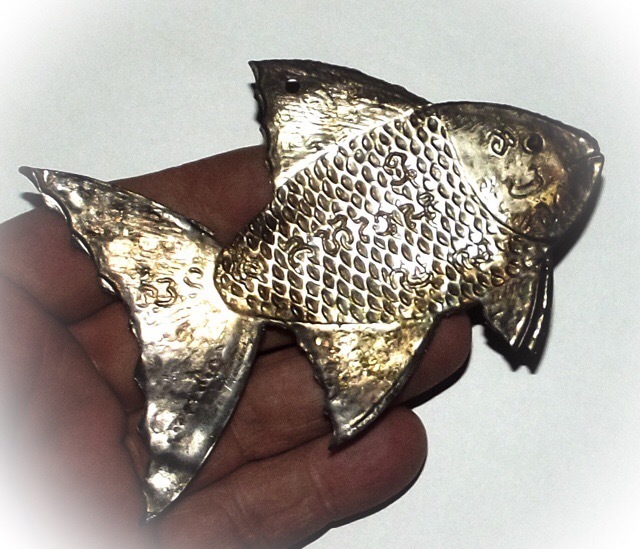 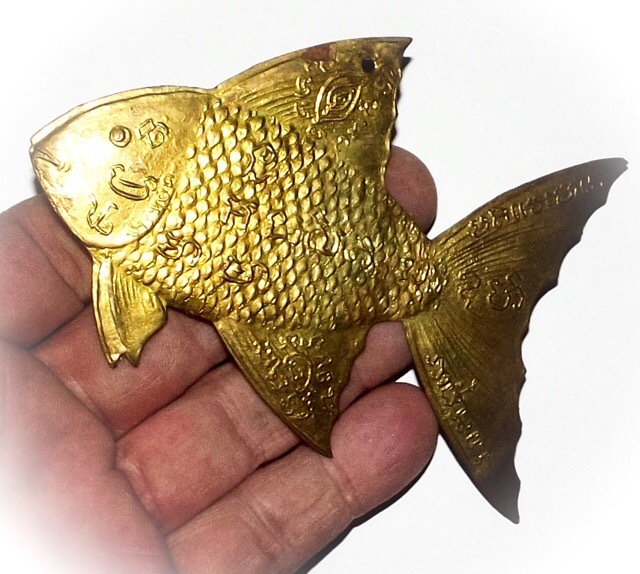 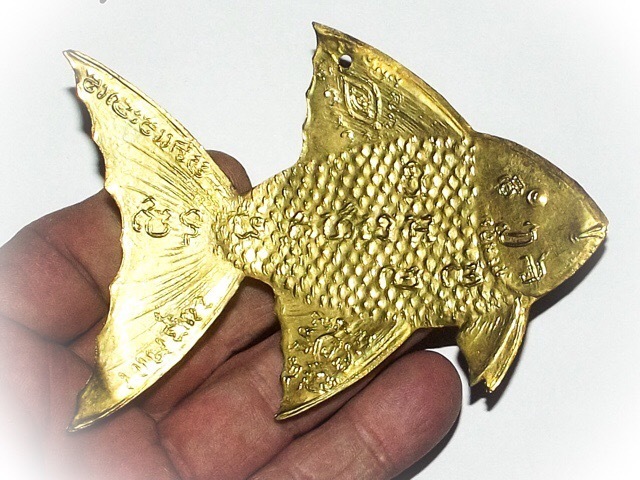 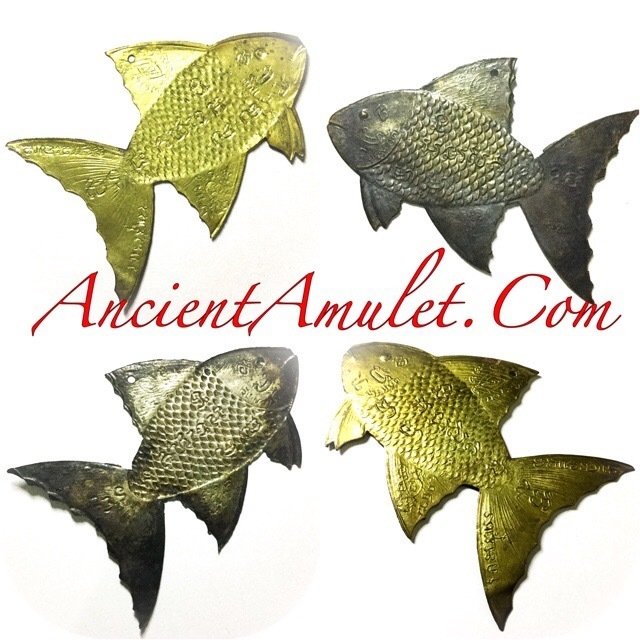