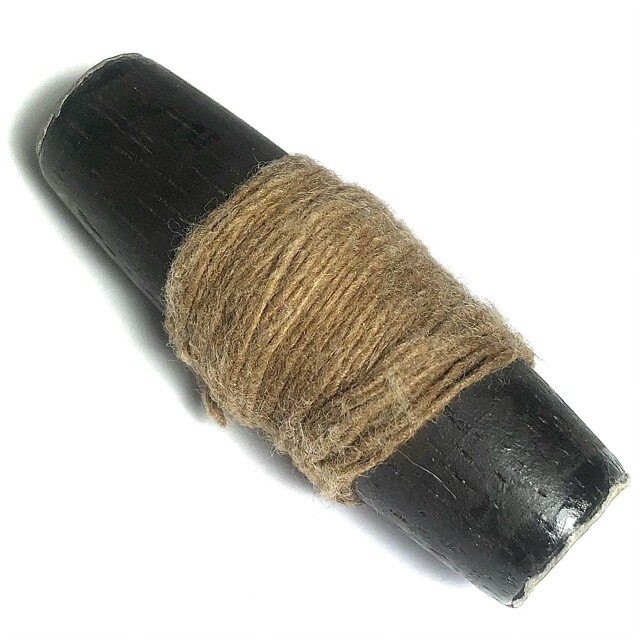 The aged wooden surface of the Tapone, possesses LP Derm's inimitably recognizable Sacred Na Agkhara in Khom Sanskrit in the inscriptions, and the worn look of the wood and Sinjana Prayer Cords from the passage of time, reveals the authenticity, and true age of the amulet,. This exhibit easily reaches the Era of Luang Por Derm's Early Era, and is truly ancient. 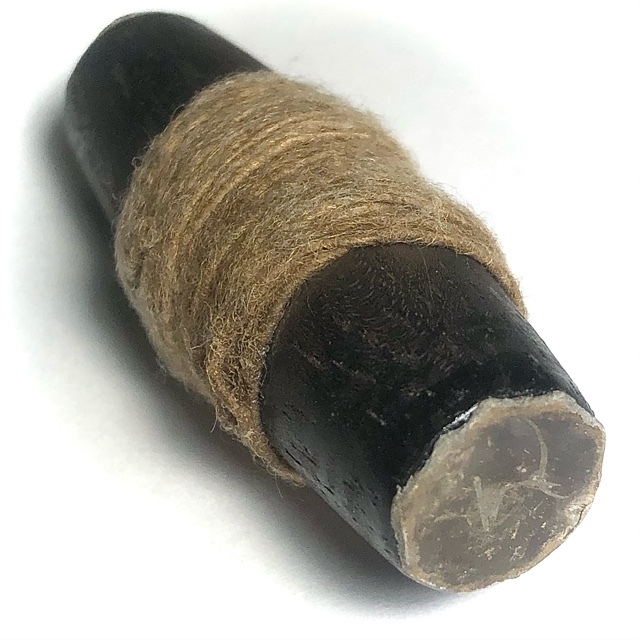 Free Fed-Ex/DHL/EMS Worldwide Registered Express Airmail Shipping is included with this amulet. This is an amulet that will not have been made in mass, and is hand inscribed, and blessed by Luang Por Derm. Luang Por Derm blessed and empowered a great many different kinds of Talismanic Charms, and was very famous for his carved wood and ivory, and tooth amulets, for example his world famous 'Singh Sam Khwan' carved Himapant Lion amulets. This Tapone Ud Kring Talismanic amulet, is one of the rarest wicha and magical items to encounter, especially in such beautiful condition and carved with such balance and symmetry. 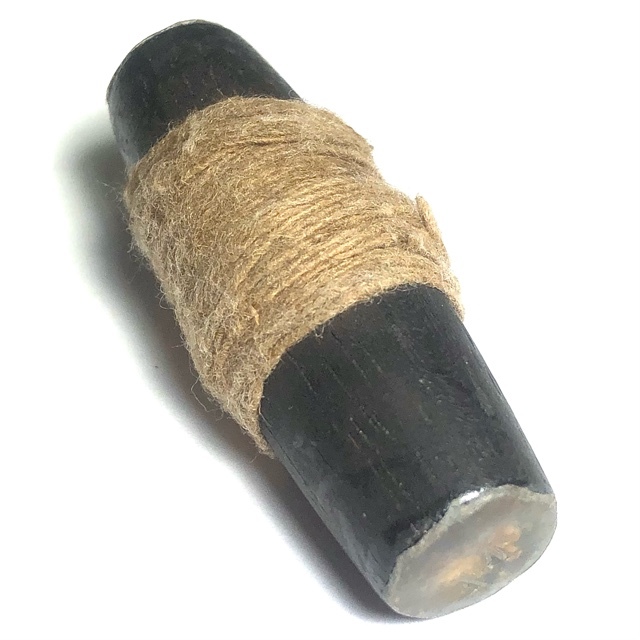 Luang Por Derm began to officially release amulets as editions, in the year 2457 BE (although he most certainly handed out his hand made amulets to devotees long before this, which is how a monk becomes popular enough to be asked for an official edition). This happened after he was nominated for a raise in status. We estimate this amulet to be from before this time, circa 2450 BE.

Below; The inimitably recognizable Sacred Na Khom Sanskrit Agkhara spell, in the handwriting of Luang Por Derm can be seen Inscribed on the Leaden Seal's surface, showing this amulet to have been personally Inscribed and blessed directly by Luang Por Derm separately and not as an edition of limited number made series amulets, rather, an individual early era amulet handed out to a devotee. 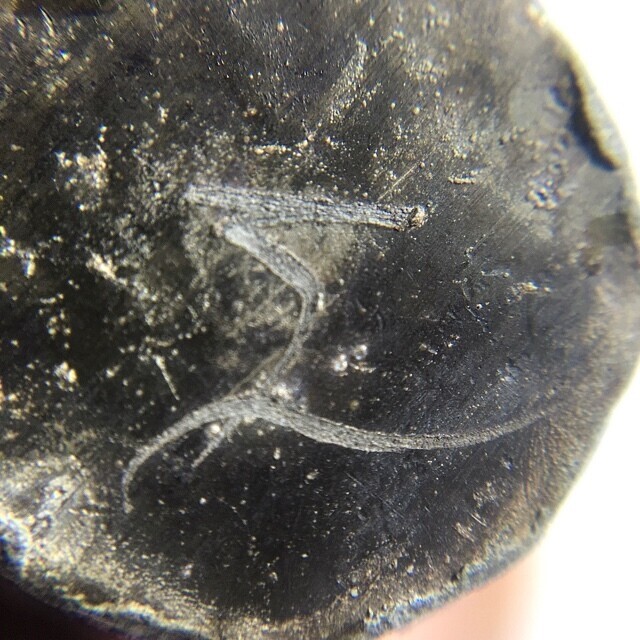 LP Derm was renowned for so many different Wicha and amulets, especially his Singh Sam Khwan Himapant Lions, and of course, his Takrut scroll spells and Pla Tapian. The Tapone LP Derm is one of the much lesser known and seen amulets of LP Derm.

The Legendary Takrut of LP Derm

One thing to note about his famous Takrut, is that Luang Por Derm would adhere to the principle of 'if the takrut are in Tong Daeng Copper, then all components of the Takrut, were also in copper. If silver, then all components should be in silver'. Meaning, that authentic Takrut Luang Por Derm will have the Takrut and the connecting yantra foils made from the same material.

This exhibit has a Phaen Yant in round form in Sacred Copper, with the hand inscription of the Yant Na Putsoorn 5 Dhyani Buddha Yantra by Luang Por Derm, which his Inimitable letter NA, making the exhibut easily authenticated, and is an excellent Yantra for Buddhanussati remembrance of the Buddha, to remind one of one's practice (to keep the 5 precepts to allow the amulets power to emit), and is empowered to bring Protection, Evade Dangers, Commanding Power, Anti Black Magick, Good Karma, Increase Status, Remove Obstacles, Entice Financial Business Success and Professional Success, such as Job Promotion, and Wage Rises. 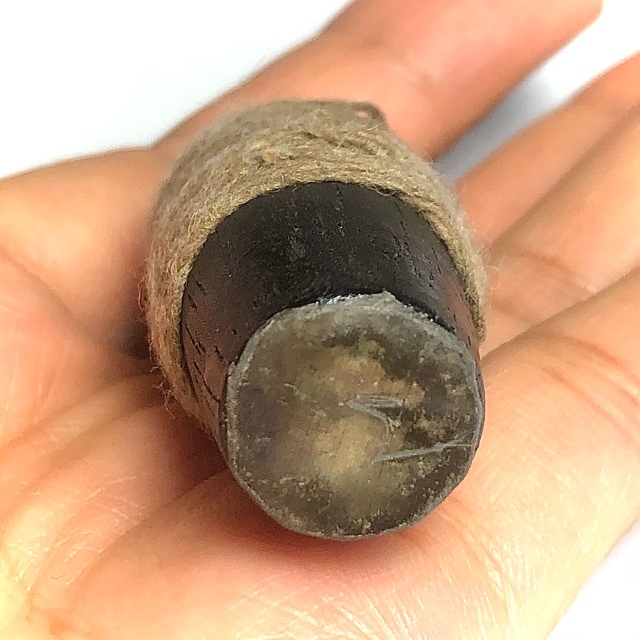 Luang Por Derm was Born on Wednesday 6 February 2403 BE, and Died on Tuesday 22 June 2494 BE. He was one of the Greatest Masters of Thai Buddhist History, whose amulets, and famous 'Mitmor' ritual spirit knives are legendary around the whole wide world, for their authentic power, and Master Class Status. The Wicha of Luang Por Derm is continued to this day through his Looksit of the various Master Lineages. 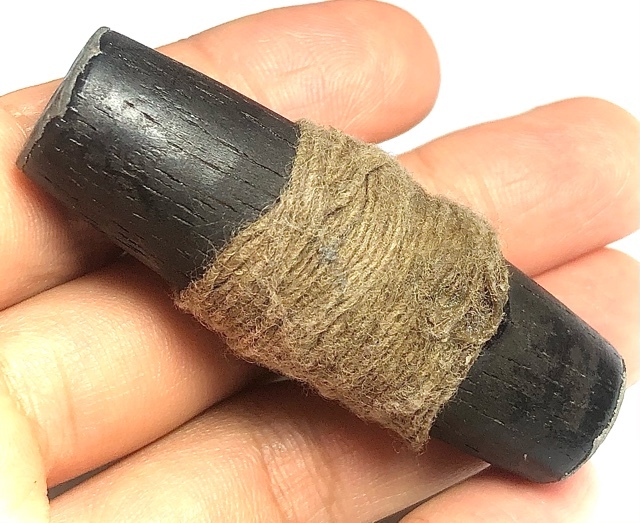 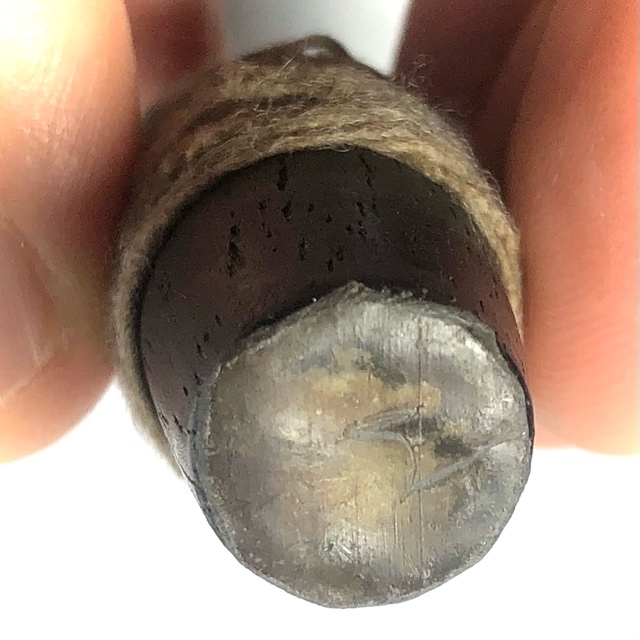 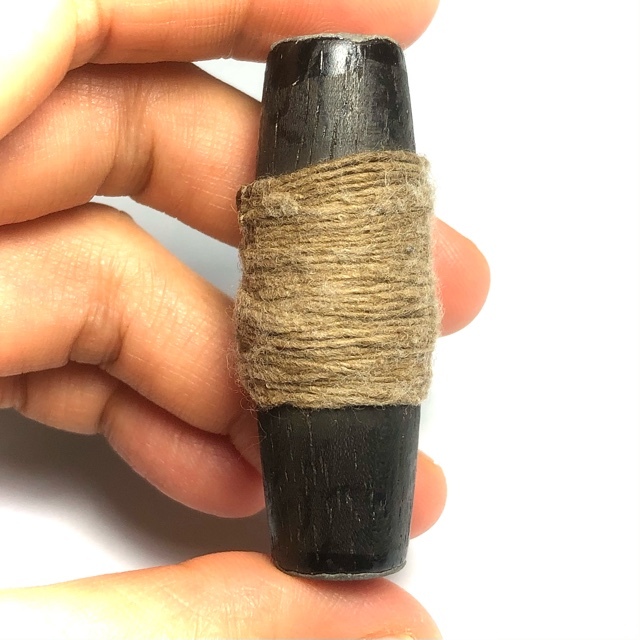 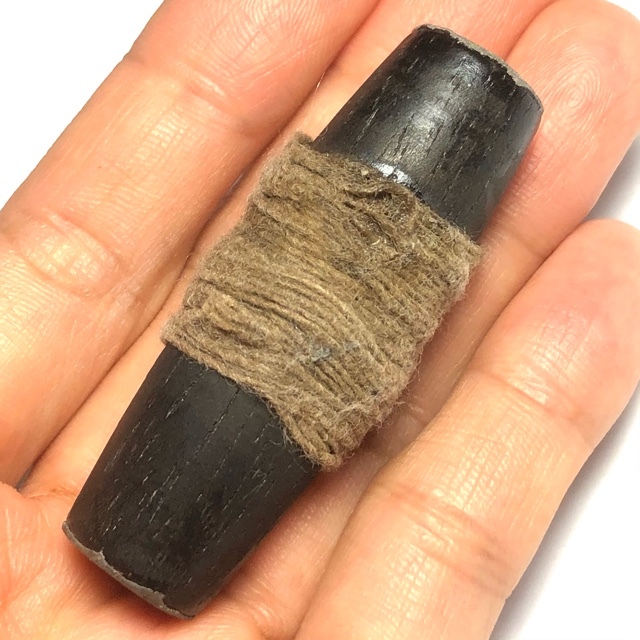 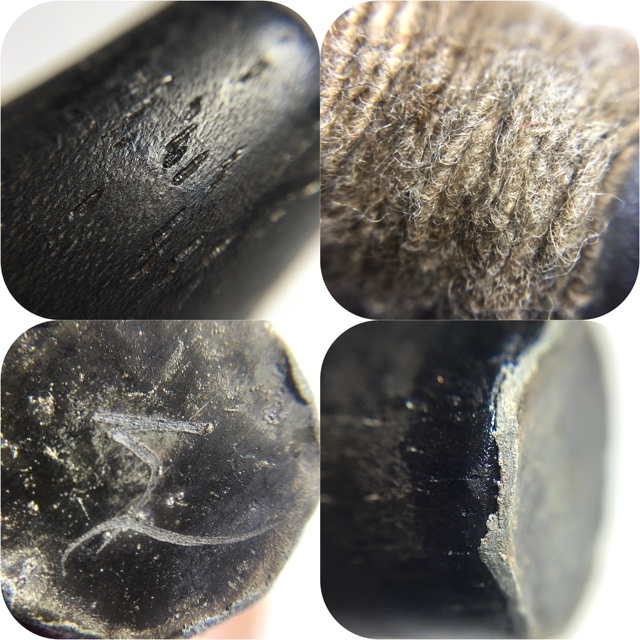 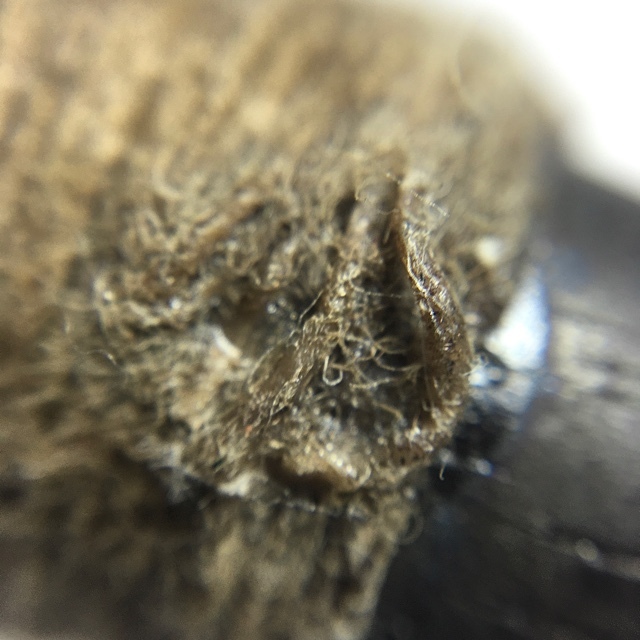 Below; The Inimitably recognisable Sacred Inscriptions of Luang Por Derm are visible on both front and rear faces of the round Rian Phaen Yant 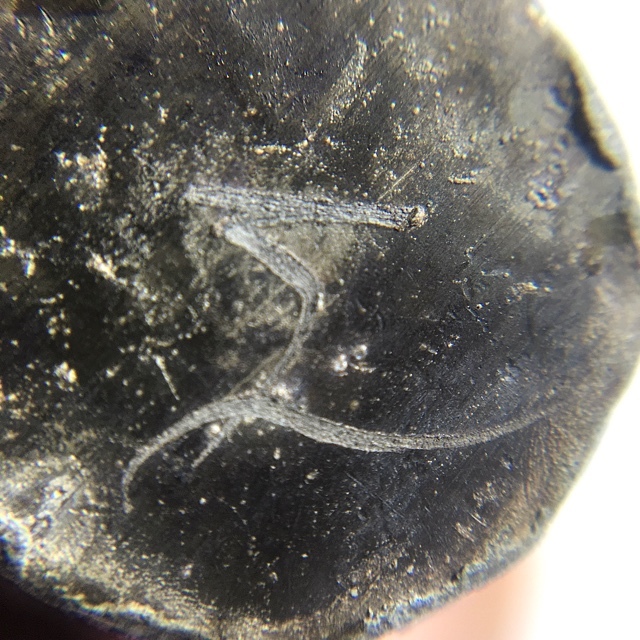 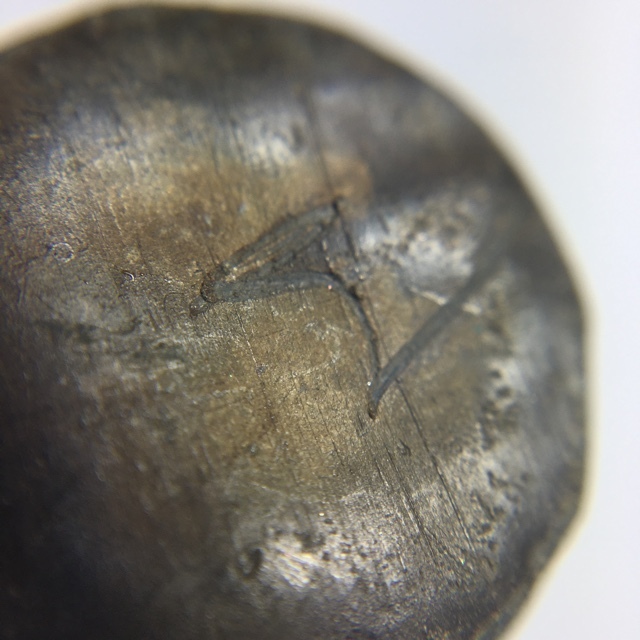 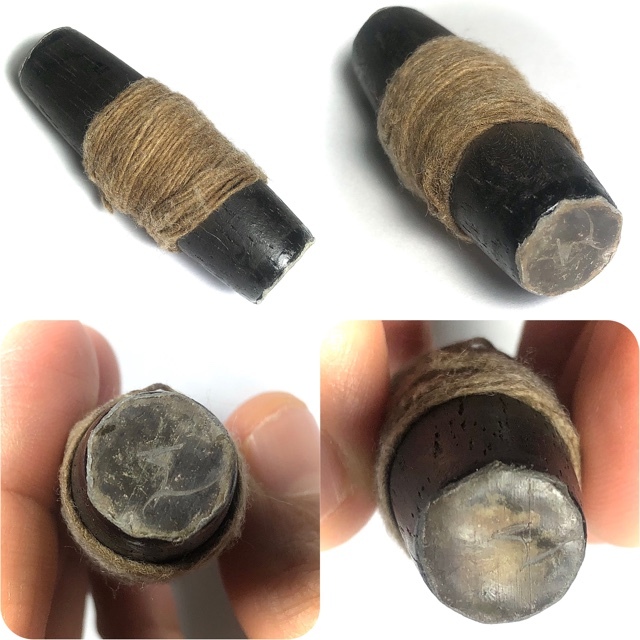