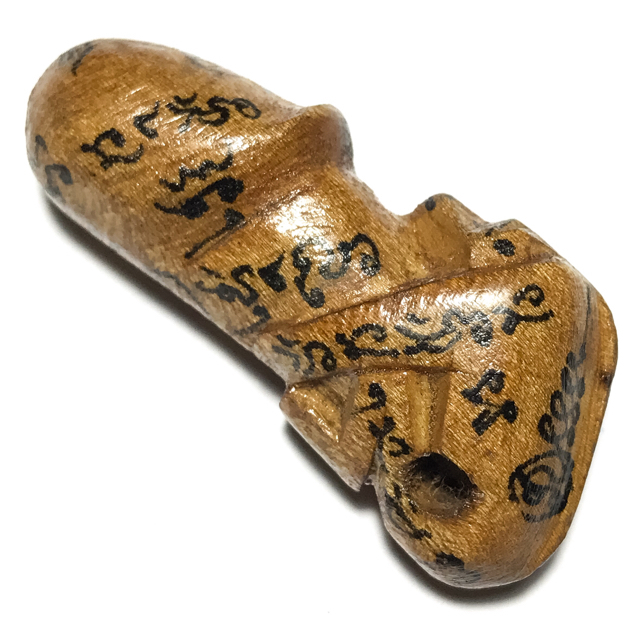 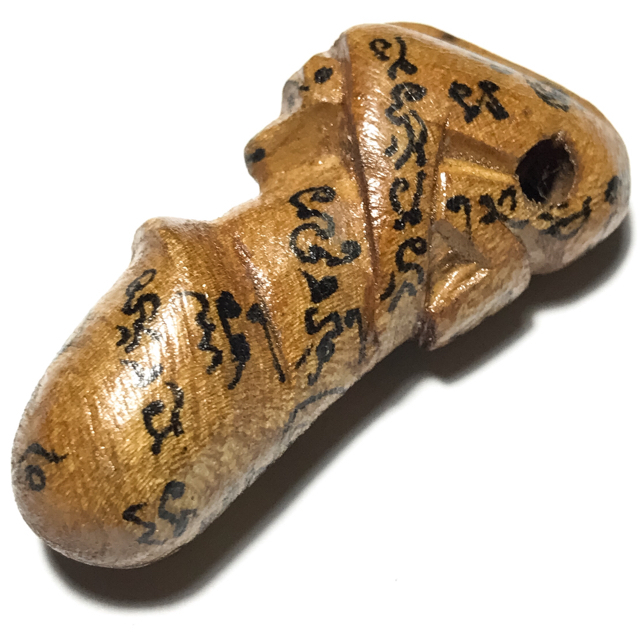 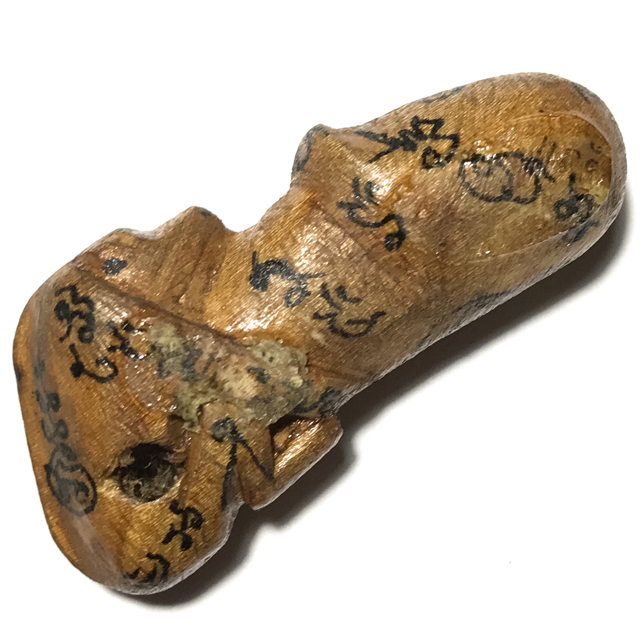 As to Wicha Hanuman in carved amulets that are not Palad Khik, one must also mention the great Luang Por Sun. This Palad measures 3.5 Cm and is hand carved from a piece of Sacred tree wood, with hand inscriptions of Khom Agkhara Sanskrit Spells.

The Palad Khik of Luang Por Glan were mostly carved from wood taken from a Sacred Tree believed to be inhabited by a powerful Prai Deva spirit. Luang Por Glan also made other carved wooden animist charms such as the Nok Kum, Hanuman, Nang Kwak Hua Palad, Choo Chok Hua Palad, and other images. 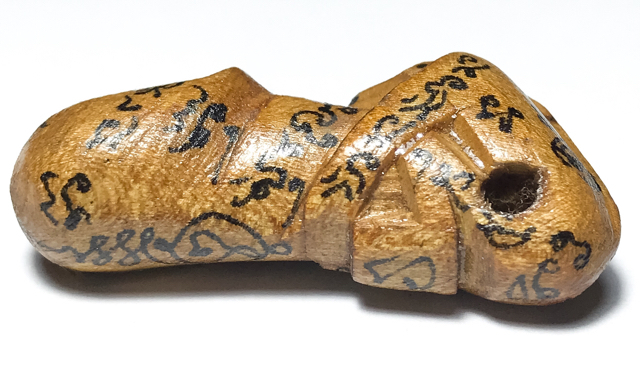 Luang Por Glan is considered one of the Great Masters of the Ang Tong Province, whoe Palad Khik are amongst the most highly preferred. Luang Por made them mostly by his own hand, throughout all eras of his trajectory.

His early Palad Khik were mostly hand inscribed with a Hlek Jarn metallic inscription instrument, and some were filled with some Muan Sarn Sacred Powders in the base or the head. Some were also made with a Takrut inserted. His later era Palad Khik were more often hand carved and inscribed in ink. He made Palad Khik in small medium and large Bucha sizes, in a multitude of forms, all of which are inimitably carved in their own certain style and fashion, and are highly unusual and original in their appearance. 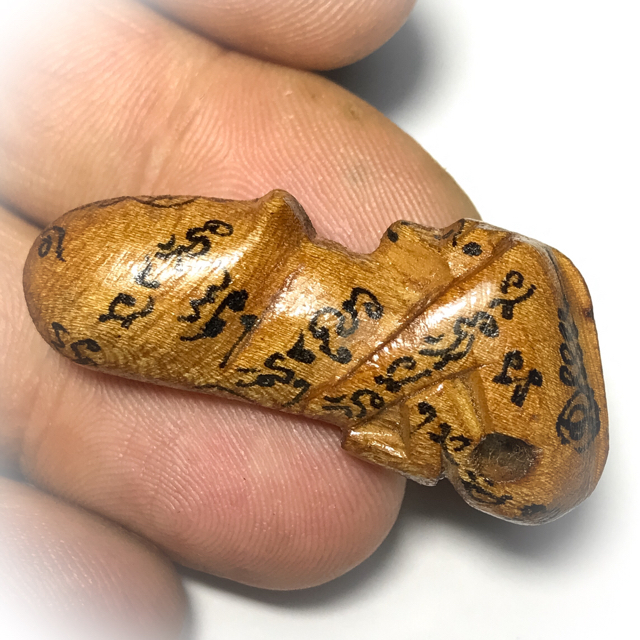 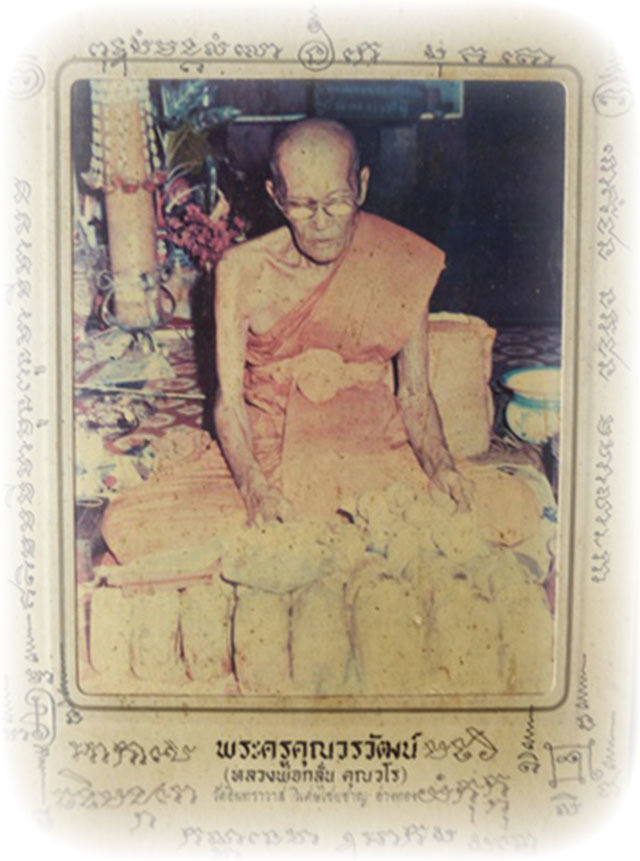 Palad Khik are made in all sizes, ranging from miniature ones the size of your little finger, right up to ones which are higher than a human. Palad Khik are extremely popular with Thai people, worn as amulets tied to a 'Chueak Takrut Kart Aew' cord around their waist.

belief in the Lingam, or 'Lingk' (Thai pronunciation) phallic energy, is derived from the Brahman influence which has been inflected on Thai Theravada Buddhism since both belief systems came to Siam more than one or two thousand years ago. It is believed that the Lingam energy is the source of all life forms in the Universe. 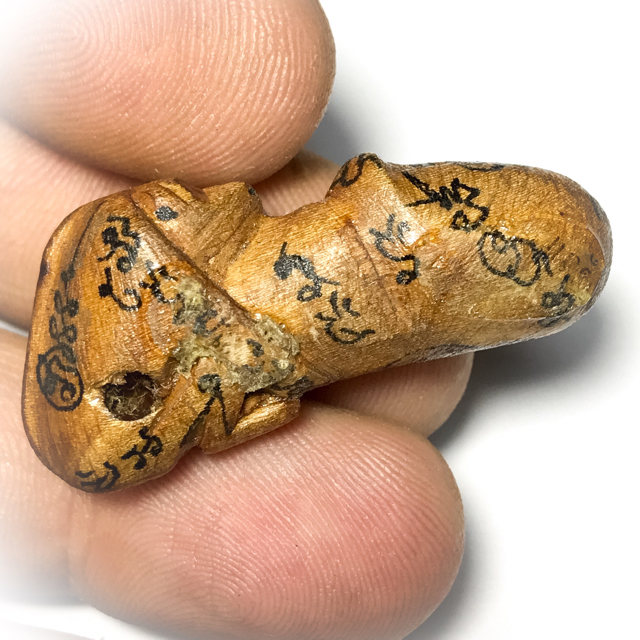 This is the root of the act of reverence (Bucha/Poojah) to the Shiva Lingam , which honors Shiva as the Lord of the World. Brahmanism is a living part of Thai Buddhist ceremonial practice, and the revering of Deities from the Brahman Hinduistic Pantheon is commonplace. 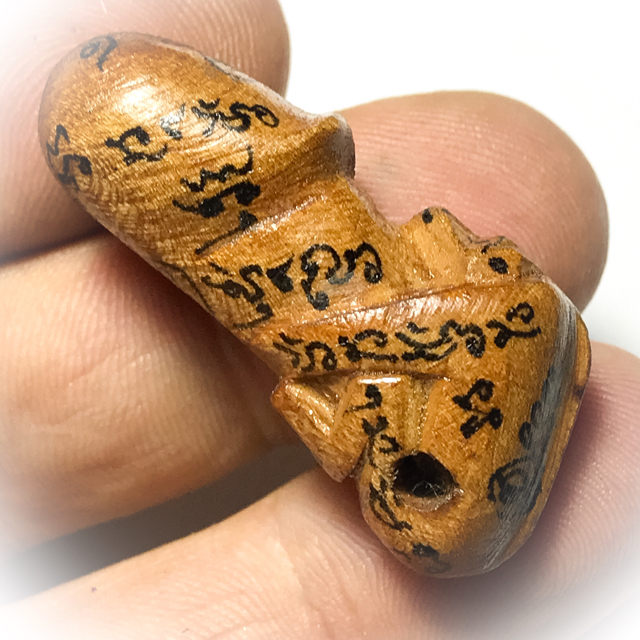 2. For Metta and Maha Pokasap 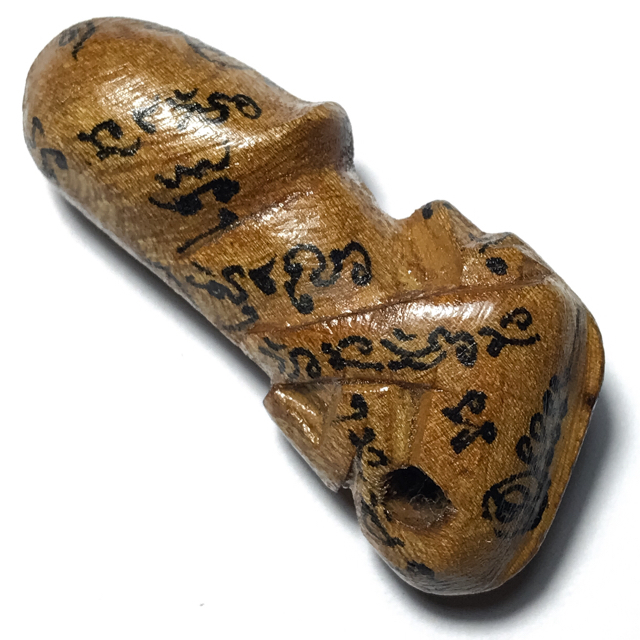 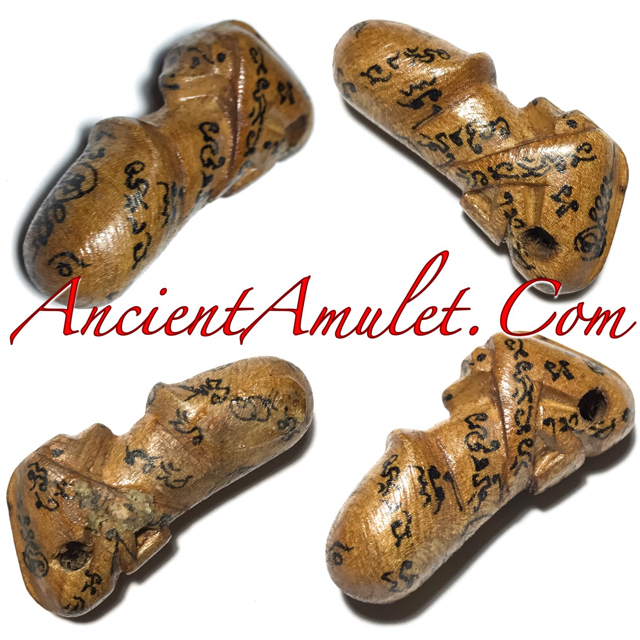