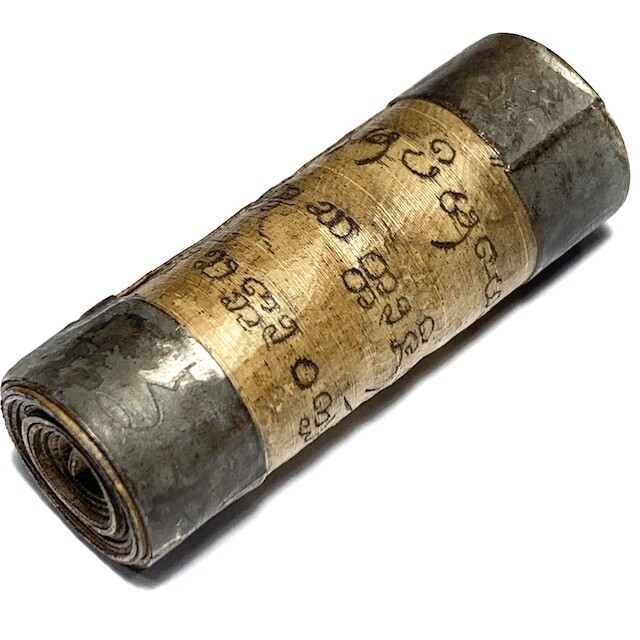 Free registered air parcel worldwide is included with this amulet. The Takrut Measures 5 Cm Long x 1.5 Cm Diameter. Luang Phu Kroo Ba Wang is Legendary for his Maha Sanaeh Magic, was one of the most famous of the Northern Lanna Guru Masters of the Olden Days. Highly preferred for his In Koo, Pra Rahu, and Pha Yant Sacred Geometry Yantra Cloth Spells. Of the Pha Yant he was especially renowned for his Pha Yant Ma Saep Nang Lady-Horse images. 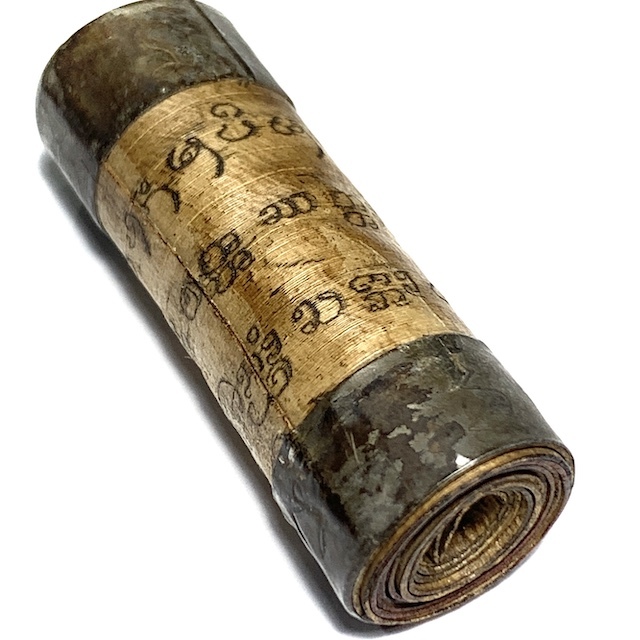 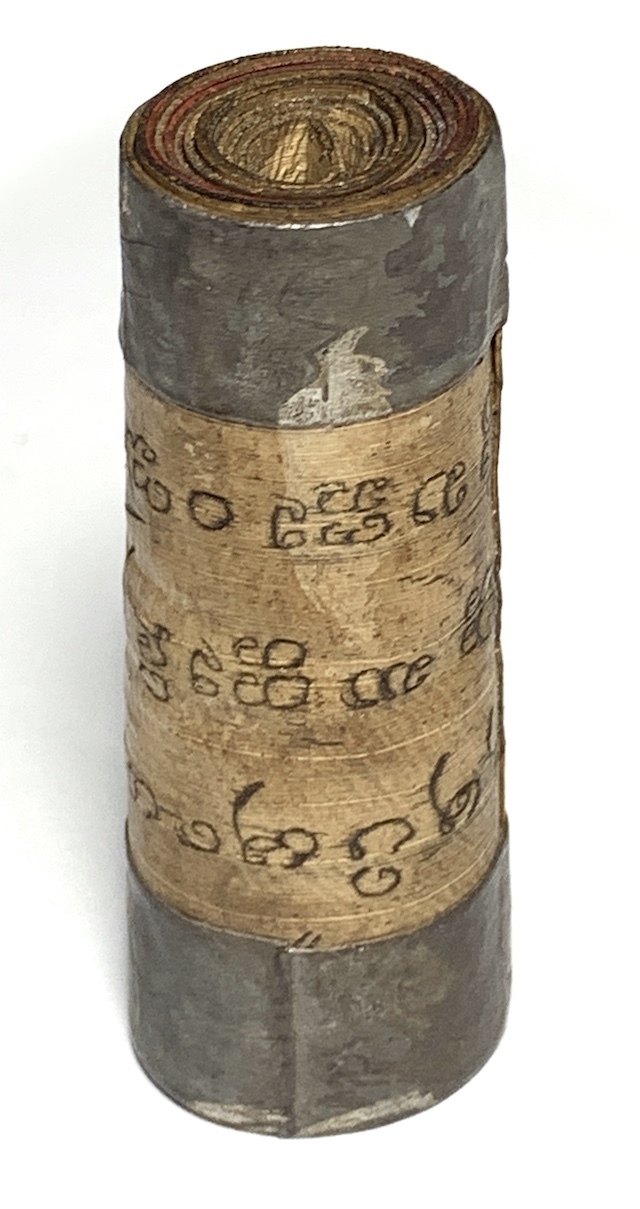 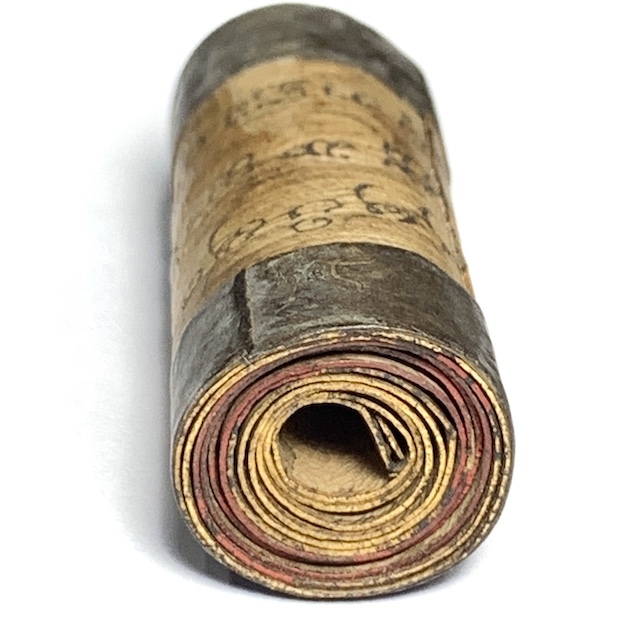 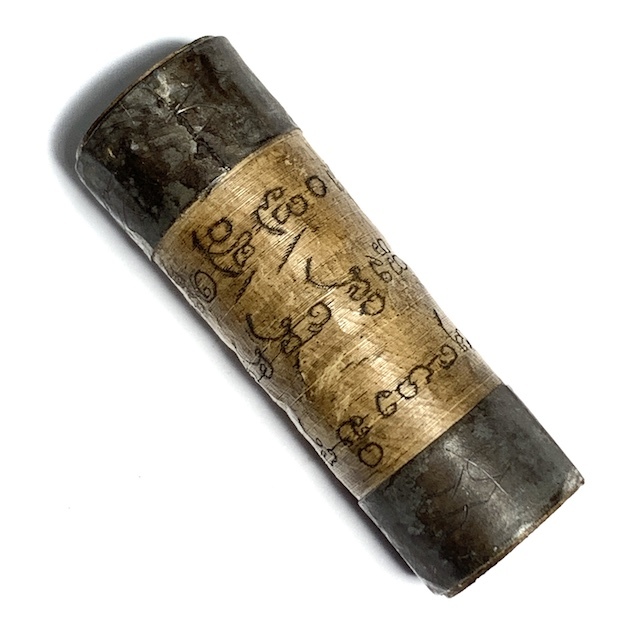 Luang Phu then traveled through the thick forest area of Pha Teub, on is way towards Chiang Saen, and stopped in the forest to practice for 6 months. Once he reached Chiang Saen, he stayed around the area practicing for some years, until he decided to travel towards Prae Province, where he finally arrived and stayed at the temple of Wat Den Chai. He stayed at this temple to master the various Sorcery Methods of the Region, so that he would be able to perform Powerful Incantations enabling him to cast spells and blessings to offer protection, happiness and prosperirty to the fold, and to send metta and merits to the Nature Spirits of the Nether Worlds, with Compassionate Mercy Magic. 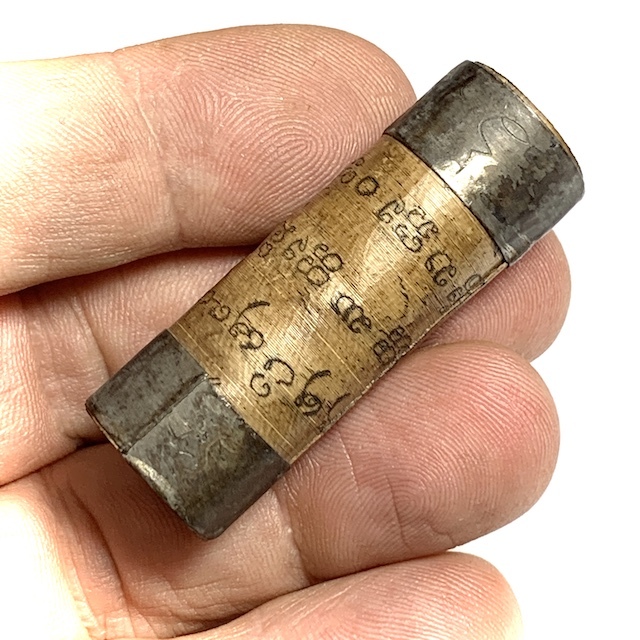 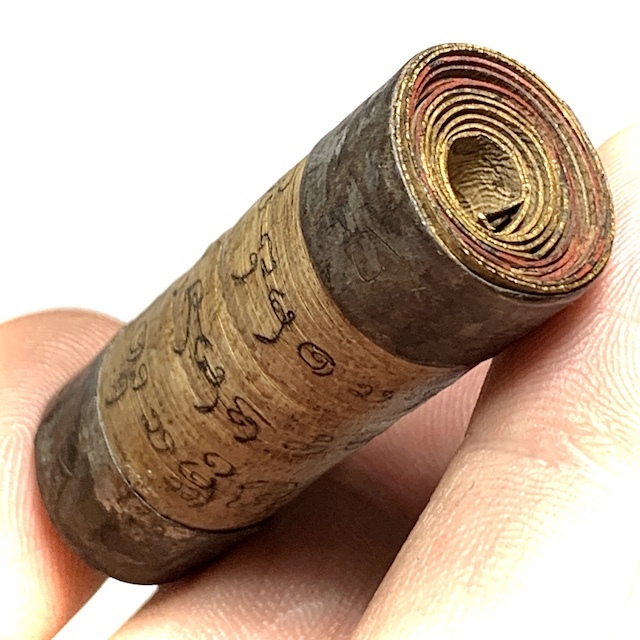 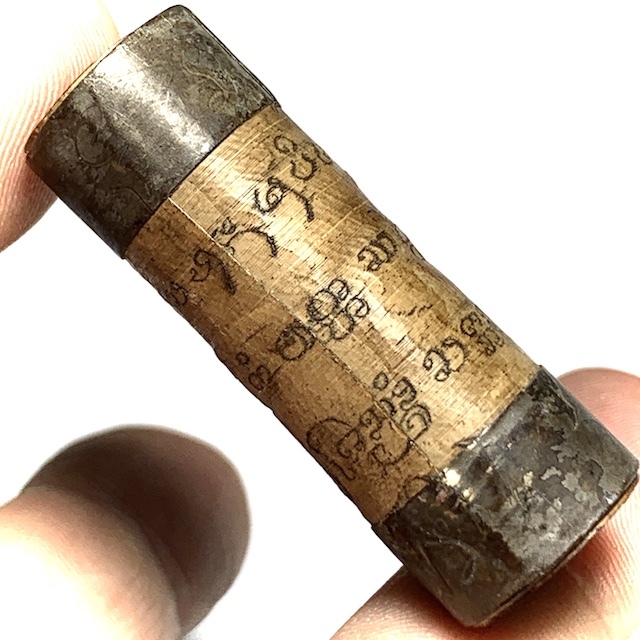 A most prestigious, sacred and holy amulet of Kroo Ba Wang, with the scrolls of ancient Buddhist parchments full of Buddhakun Power to improve karma, protect, Build Mercy Charm and Power of Attraction, and Generate Prosoperity 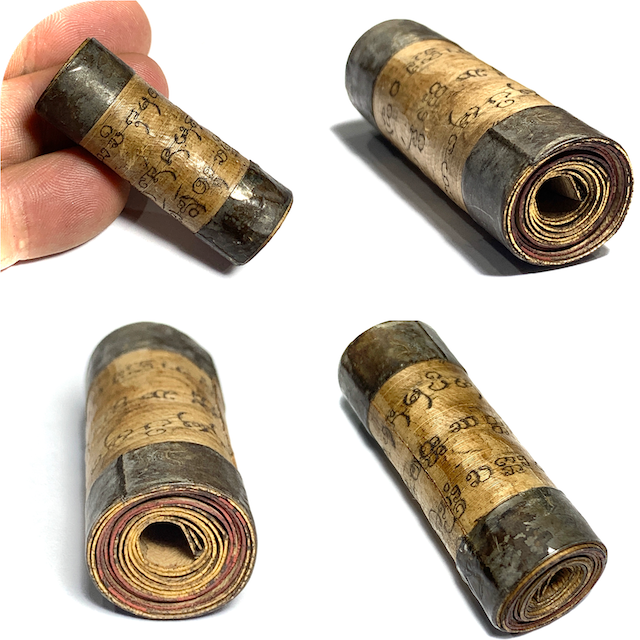