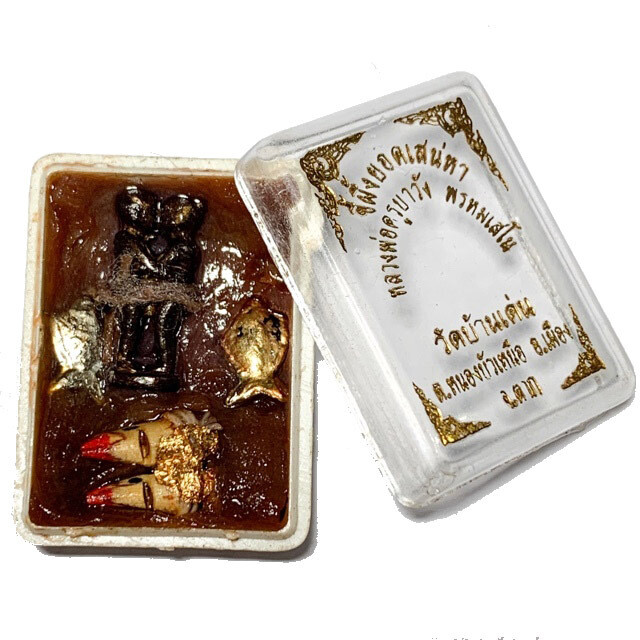 The See Pheung is used as a bed for the in Koo and the Sariga Birds to Nest in, and Charge with Power, as the In Koo and Sariga Koo absorb your prayers and Incantations, and transmit them into the See Pheung Waxy Potion. The Pla Tapian attract Wealth and Treasures with Maha Pokasap Magic . Blessed by the Great deceased Lanna Master Monk Kroo Ba Wang, and empowered with Magic Spells, in Northern Lanna Wicha, of the Great Deceased Master of Olden days. 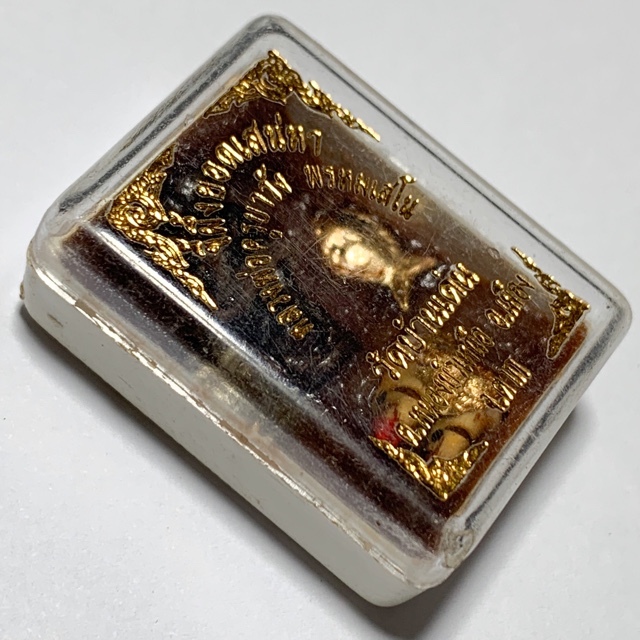 Kroo Ba Wang was renowned for so many different kinds of amulets, ranging from his Takrut Gao Gum and other cord-bound Takrut Spells, his famous In Ma, In Koo, Paya Khao Kam, Pha Yant, Pra Rahu, and Guru Monk Coins, all of them being purely belonging to the Lanna Traditional Wicha. His Wicha Maha Sanaeh was legendary, especially with the In Ma, In Koo, Takrut Sariga, Paya Khao Kam, and Pha Yant Ma Saep Nang. Luang Phu Kroo Ba Wang was Legendary in his time, and remembered in the present day for his Maha Sanaeh Magic, and was one of the most famous of the Northern Lanna Guru Masters of the Olden Days. Highly preferred for his In Koo, Pra Rahu, and Pha Yant Sacred Geometry yantra Cloth Spells. Of the Pha Yant he was especially renowned for his Pha Yant Ma Saep Nang Lady-Horse images. 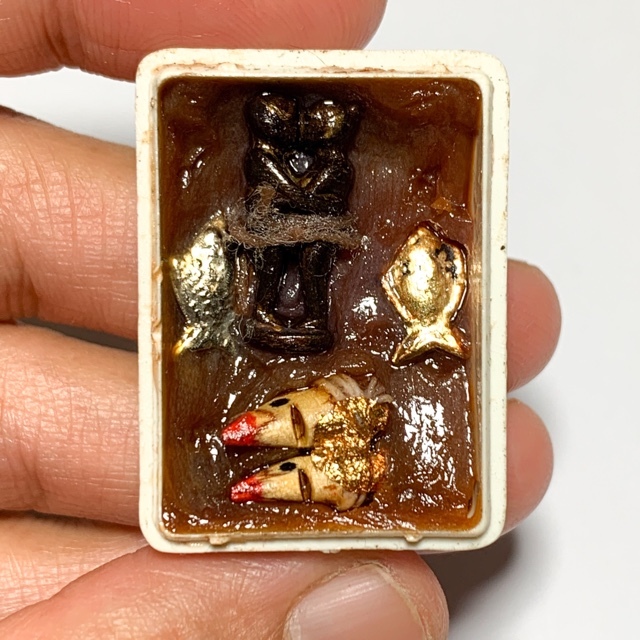 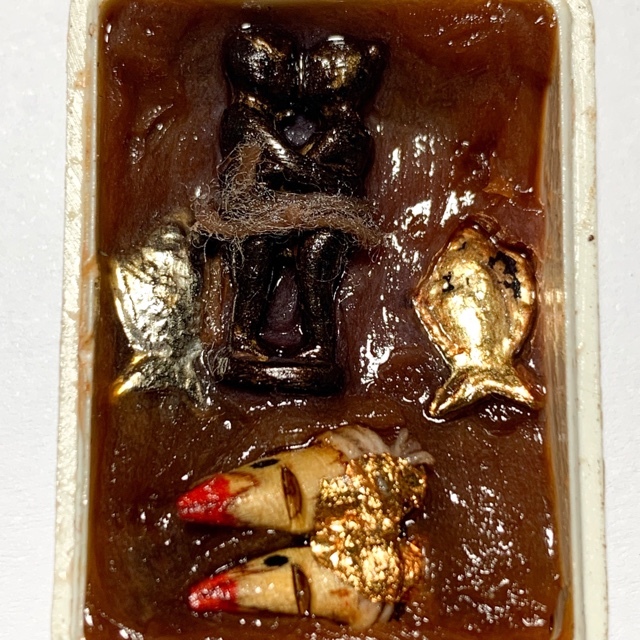 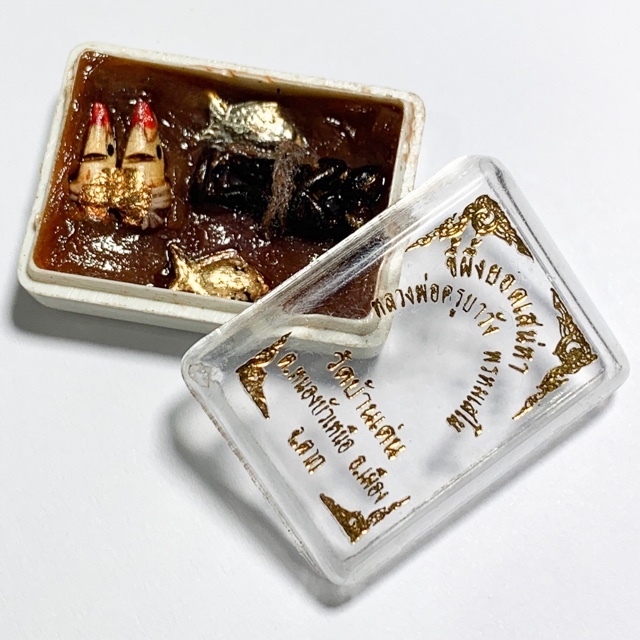 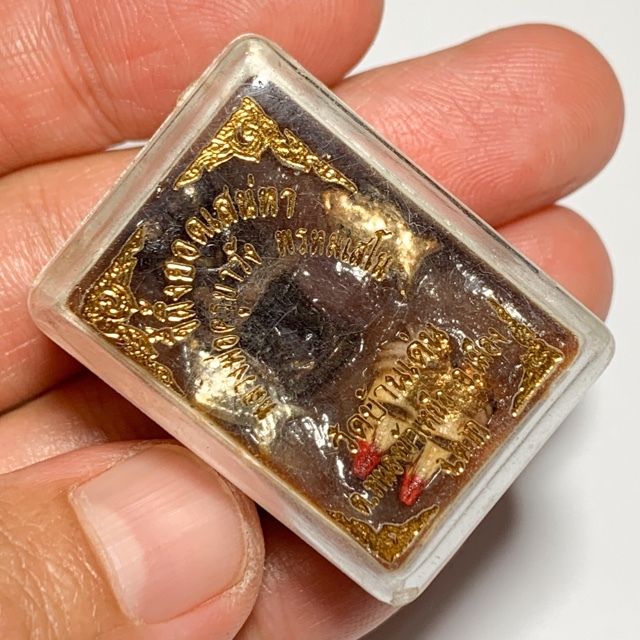 Once he had mastered this Wicha, he then set forth once more, and practiced Tudong, until he came to rest at a very peaceful place in the forest called 'Pha Den Gradtay', which was very auspicious in energy. There was a small village nearby which was impoverished, and Luang Phu then decided to build a temple with the help of the locals. But Luang Phu was first called back by locals of the temple at Wat Dton Tong, so he agreed and went back to assist the with their needs. After one year helping them, he was able to return to Pha Den Gradtay, and built three Kuti Huts and invited some other monks to come and stay, and assist in developing the temple. Then in the yeat 2508 Luang Phu Kroo Ba Wang began to build the Uposadha Shrine Room and the locals of the surrounding areas began to hear of his merits, and flock to the temple to make donations and assist. 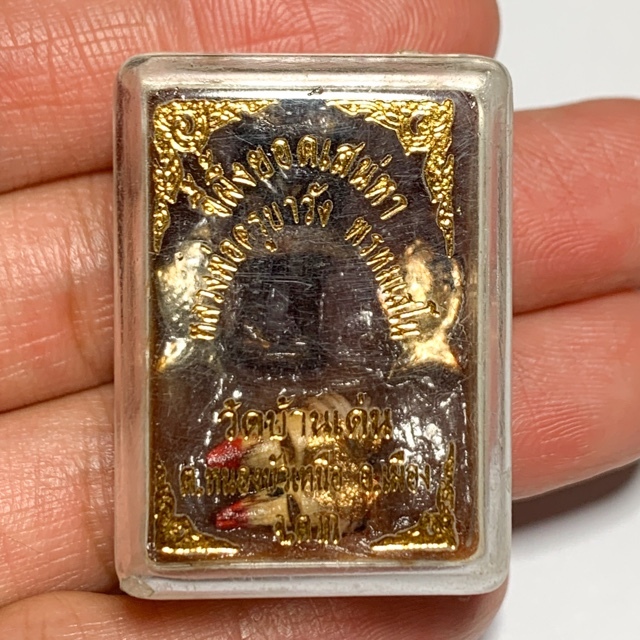 The See Pheung In Koo Sariga is Serm Duang Metta Maha Niyom Maha Sanaeh Maha Lap, and will ease your way in Life; Business will flourish,Money and Treasured Gifts will flow in, good fortune will come, and life without disturbances. The In Koo, and the Sariga. are Animist Talisman which has been used by Lanna folk for centuries. The amulets of this Master are counted amongst the most highly preferred amulets of the Lanna Pantheon, and the Devotees of Kroo Ba Wang, are filled with faith in the Maha Sanaeh power of the amulets of Luang Phu Kroo Ba Wang. 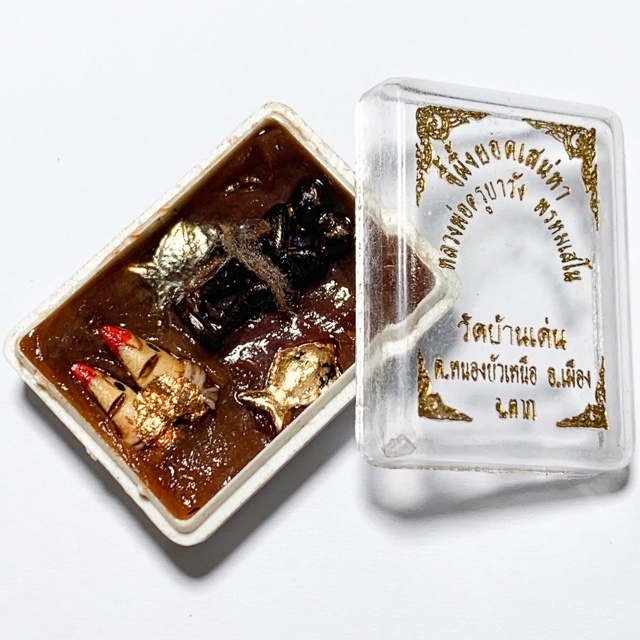