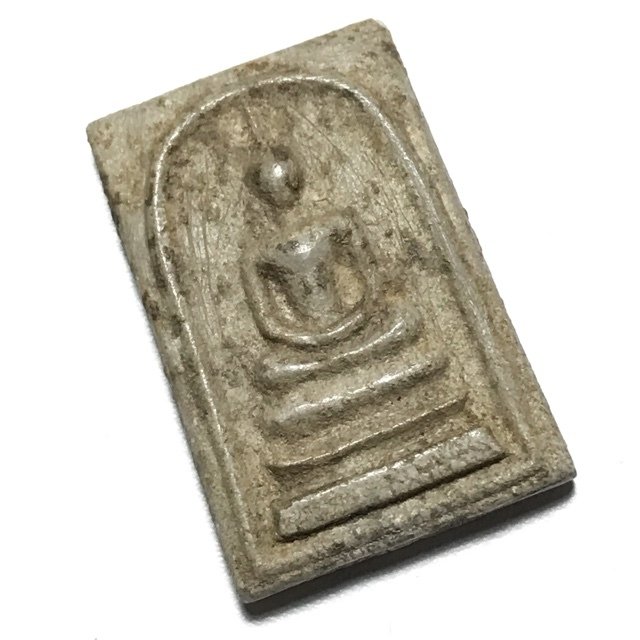 A beautiful exhibit of the Pra Somdej Pim Yai Hlang Roop Muean Nuea Pong Puttakun Pasom Pong Bailan (Yantra powders with black parchment grimoire soot), from the year 2516 BE, Blessed just before his passing away as the final edition made by the Great Lanna Master Monk Kroo Ba Wang, and empowered with Magic Spells, in Northern Lanna Wicha, of this Great Deceased Master of Olden days. The Muan Sarn Sacred Powders have developed a beautiful texture with the passing of the years, as the sacred clay has aged and attained a highly distinguished appearance, defined as 'Nuea Jad' with highly refined details and depth.

The rear face of the amulet bears the image of Kroo Ba Wang within a concave ovaloid impression, with the words 'Luang Por Wang' below his Cameo image. Above the image of Kroo Ba Wang, is the Sacred Yant with the Hua Jai Tat See Invocation of the 4 Elements. The lower section of the amulet has the words 'Luang Por Wang Wat Ban Den' embossed upon the surface. 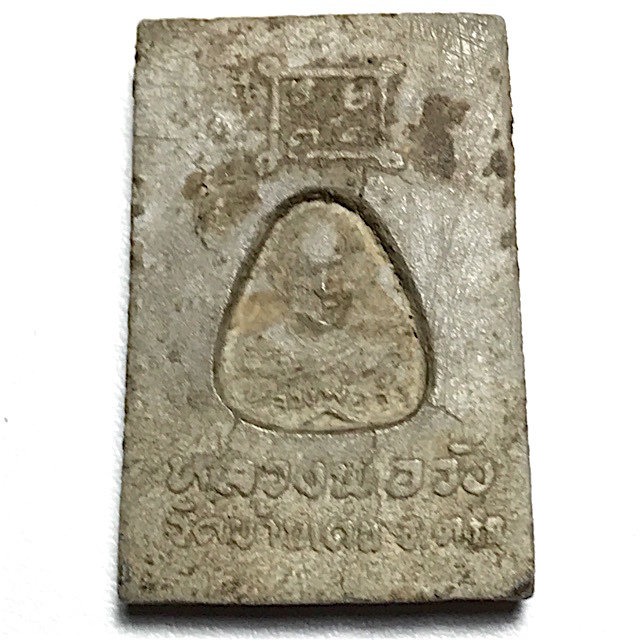 Made from Puttakun Powders with Sacred Yantra and Image of Kroo Ba Wang on rear face, the Pra Somdej Hlang Roop Muean is a rare amulet to encounter, only seen very rarely, which is renowned for its Klaew Klaad Kong Grapan Chadtri protective power and Metta Maha Niyom Mercy Charm 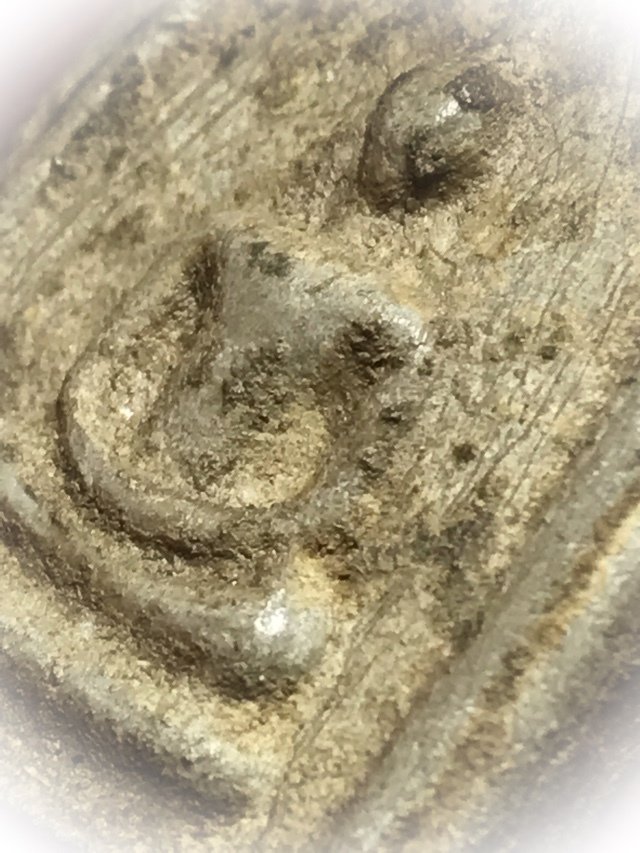 Kroo Ba Wang was renowned for so many different kinds of amulets, ranging from his Takrut Gao Gum and other cord-bound Takrut Spells, his famous In Ma, In Koo, Paya Khao Kam, Pha Yant, Pra Rahu, and Guru Monk Coins, all of them being purely belonging to the Lanna Traditional Wicha. His Wicha Maha Sanaeh was legendary, especially with the In Ma, In Koo, Takrut Sariga, Paya Khao Kam, and Pha Yant Ma Saep Nang. 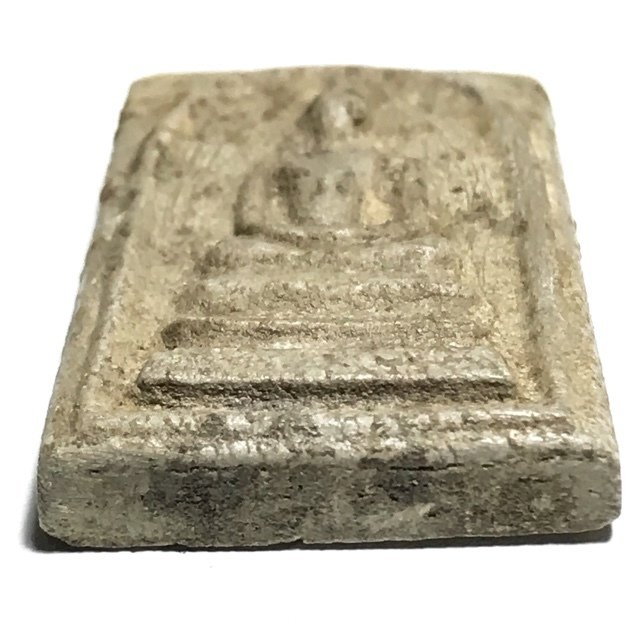 Luang Phu Kroo Ba Wang was Legendary in his time, and remembered in the present day for his Maha Sanaeh Magic, and was one of the most famous of the Northern Lanna Guru Masters of the Olden Days. Highly preferred for his In Koo, Pra Rahu, and Pha Yant Sacred Geometry yantra Cloth Spells. Of the Pha Yant he was especially renowned for his Pha Yant Ma Saep Nang Lady-Horse images. 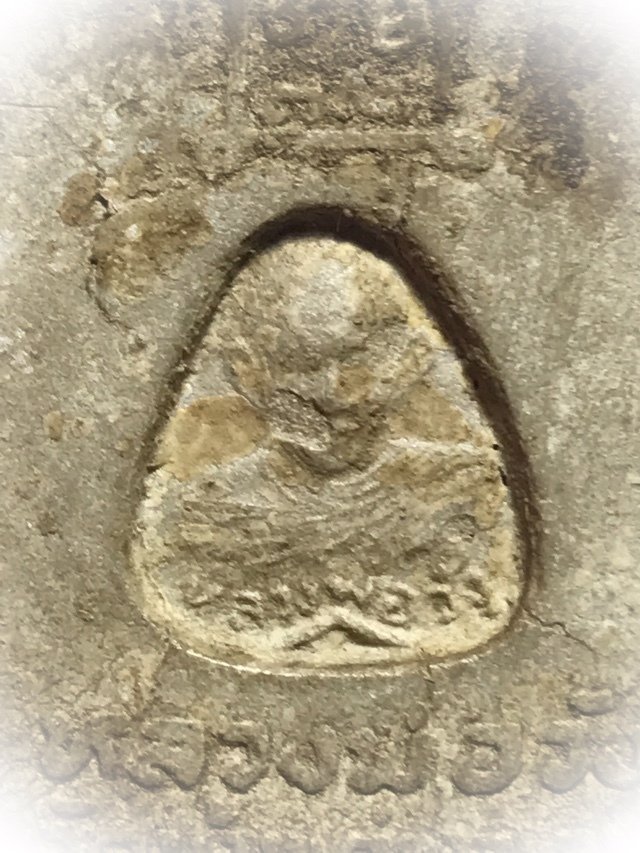 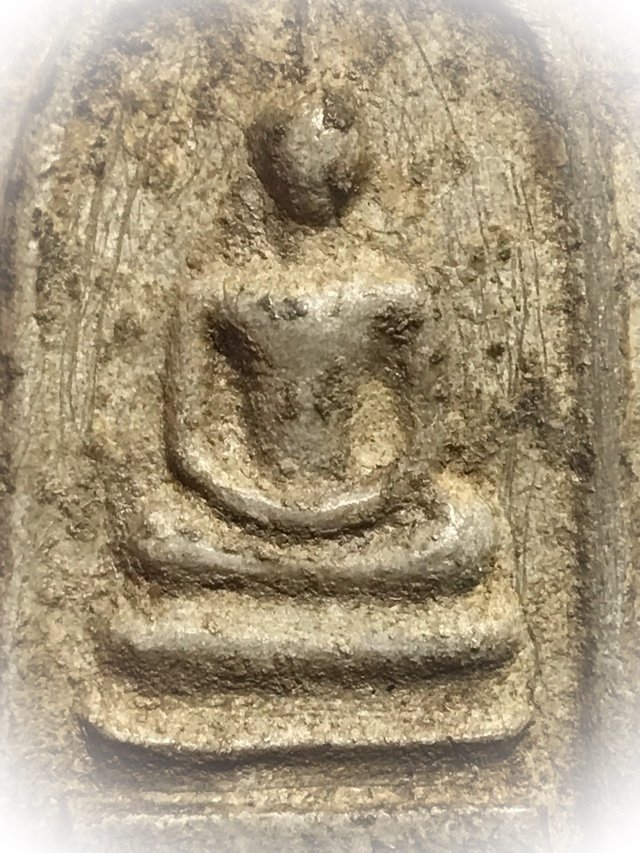 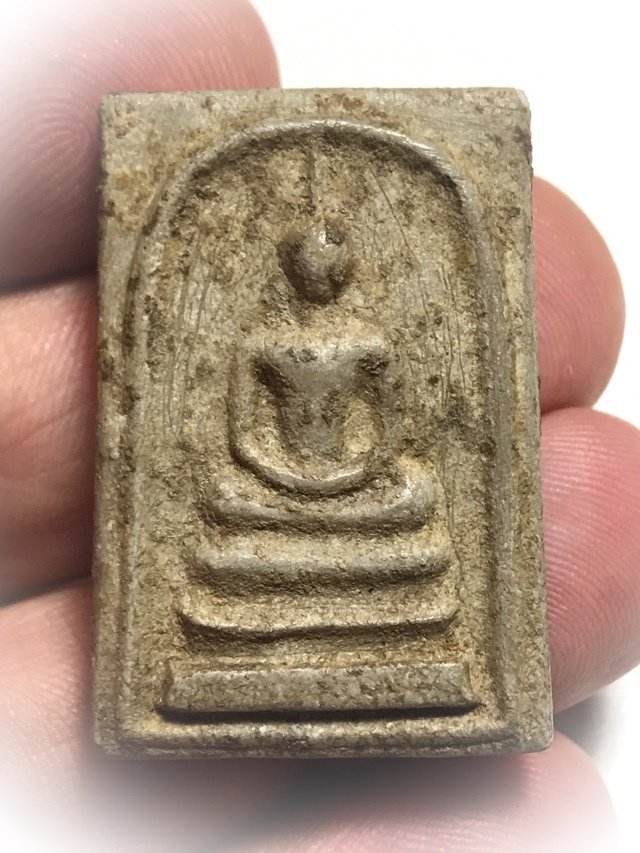 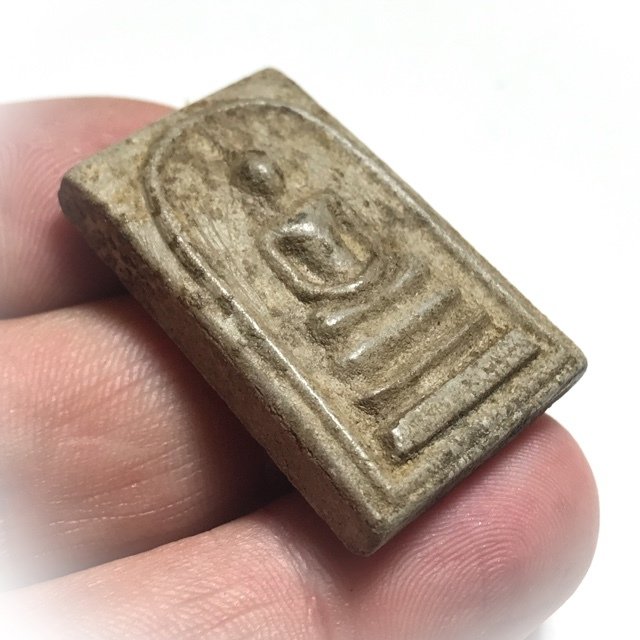 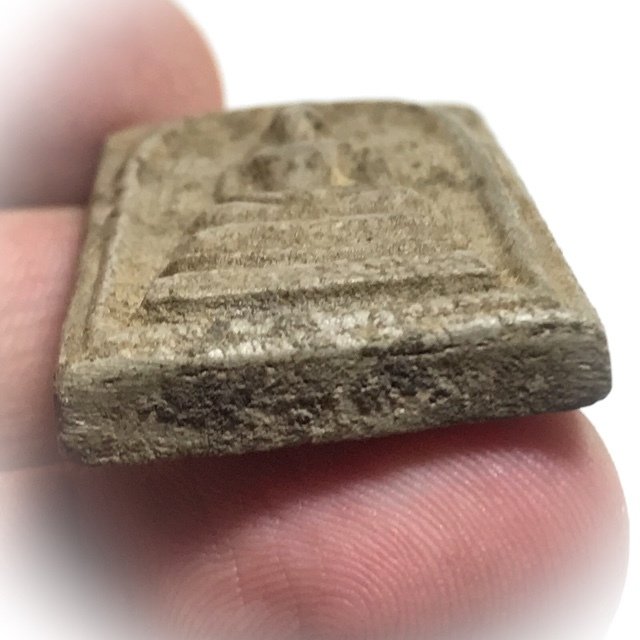 He stayed at this temple to master the various Sorcery Methods of the Region, so that he would be able to perform Powerful Incantations enabling him to cast spells and blessings to offer protection, happiness and prosperity to the fold, and to send metta and merits to the Nature Spirits of the Nether Worlds, with Compassionate Mercy Magic. 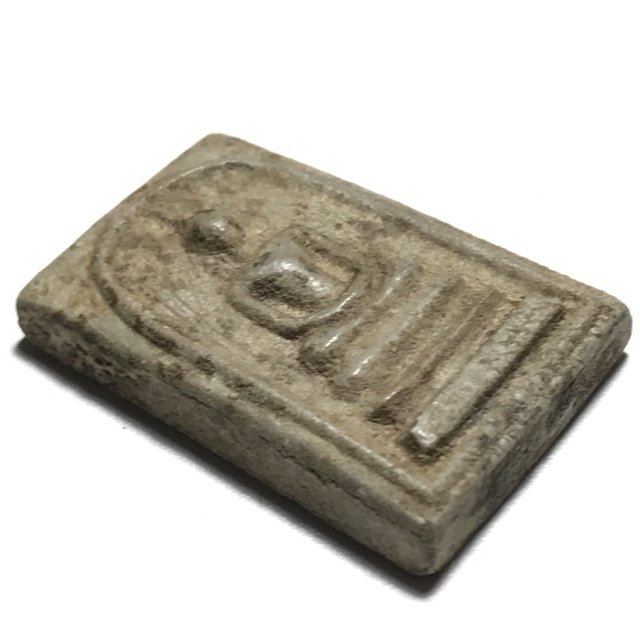 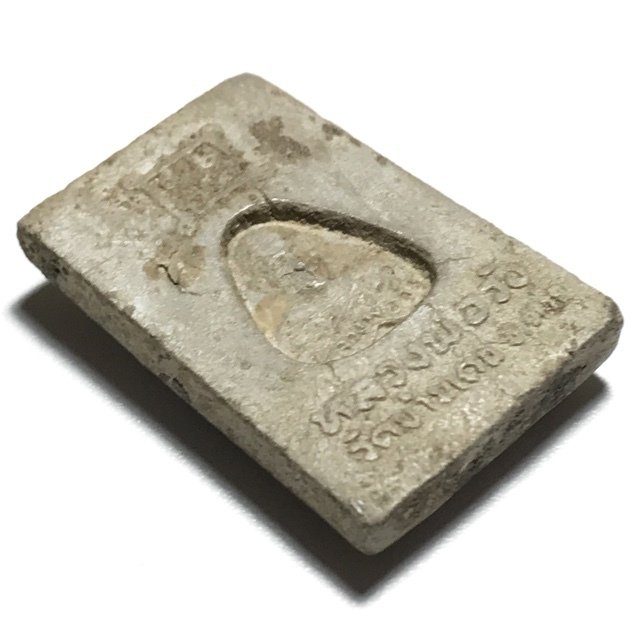 But Luang Phu was first called back by locals of the temple at Wat Dton Tong, so he agreed and went back to assist the with their needs. After one year helping them, he was able to return to Pha Den Gradtay, and built three Kuti Huts and invited some other monks to come and stay, and assist in developing the temple. 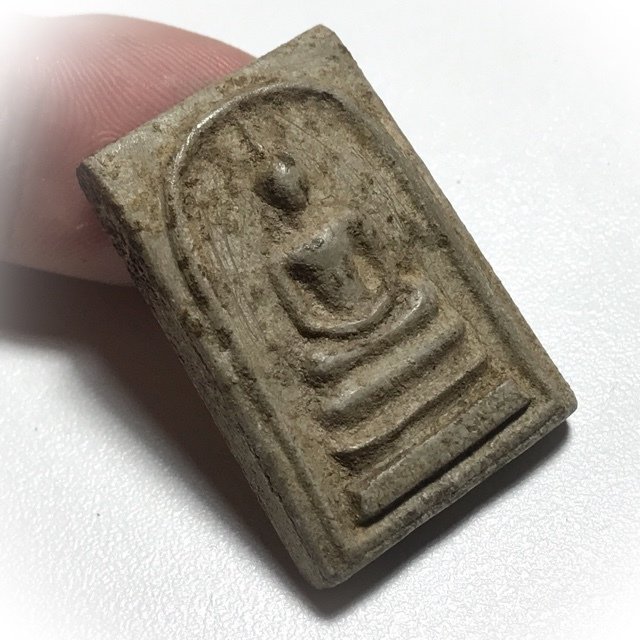 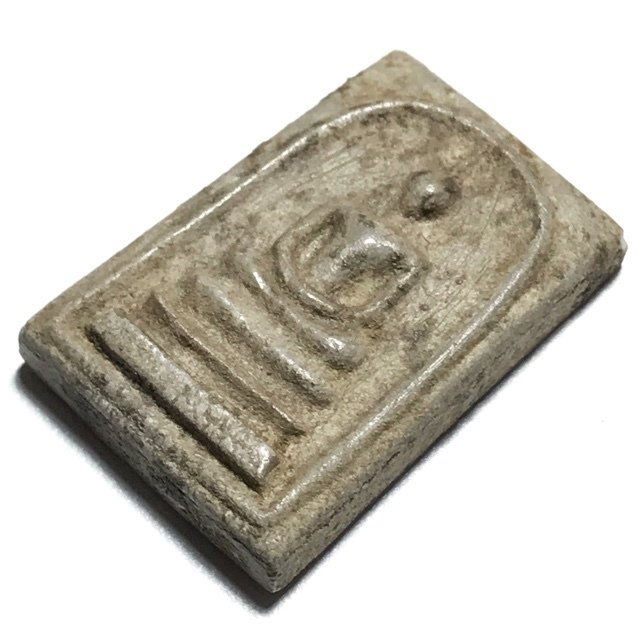 In the year 2513, time caught up with Luang Phu and he became ill, and began to weaken with age, and became unable to travel, and stayed for the rest of his life until his passing at Wat Ban Den in the year 2516 BE

The See Pheung In Koo Sariga is Serm Duang Metta Maha Niyom Maha Sanaeh Maha Lap, and will ease your way in Life; Business will flourish,Money and Treasured Gifts will flow in, good fortune will come, and life without disturbances. 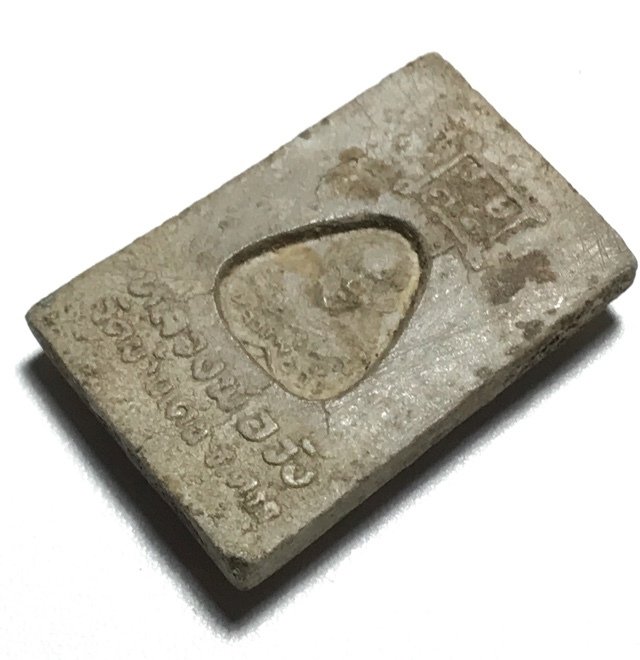 The In Koo, and the Sariga. are Animist Talisman which has been used by Lanna folk for centuries. The amulets of this Master are counted amongst the most highly preferred amulets of the Lanna Pantheon, and the Devotees of Kroo Ba Wang, are filled with faith in the Maha Sanaeh power of the amulets of Luang Phu Kroo Ba Wang. 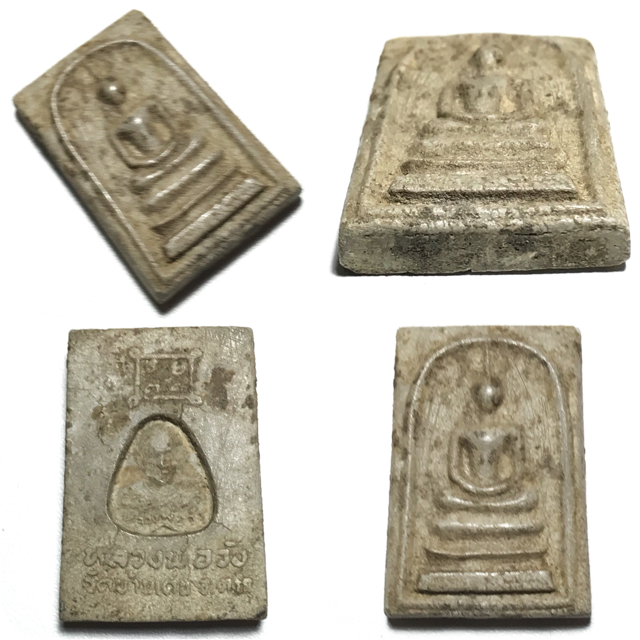