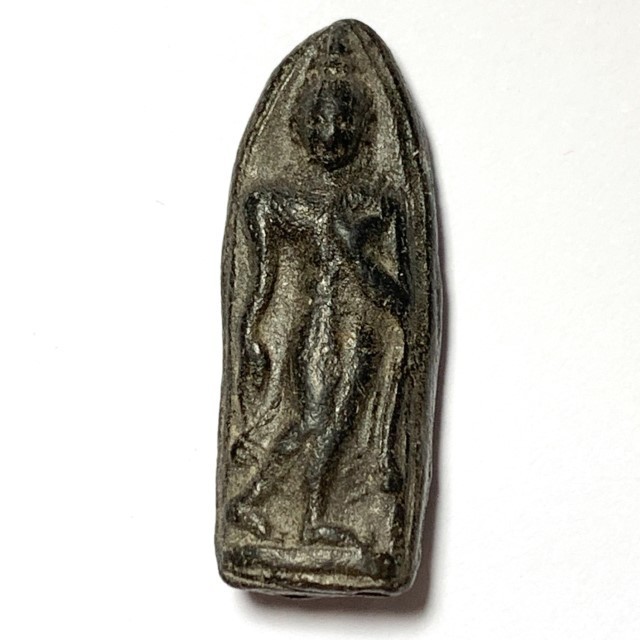 A Rare and eminent member of the Kaay Adisorn Edition Pantheon, the Pra Lila Walking Buddha, in Sukhothai style, made in Nuea Pong Kluk Rak Sacred Herbal Powders, with herbal lacquers mixed in, hand pressed, and blessed by 79 of the Greatest Masters of the Era.

This rare votive tablet is one of a large series of different models of amulets sponsored and released by the Kaay Adisorn Royal Army Barracks, in the 2514 BE Edition. Especially valued by Looksit (Devotees) of LP Guay, LP Tob, LP To, LP Kasem and LP Tim. 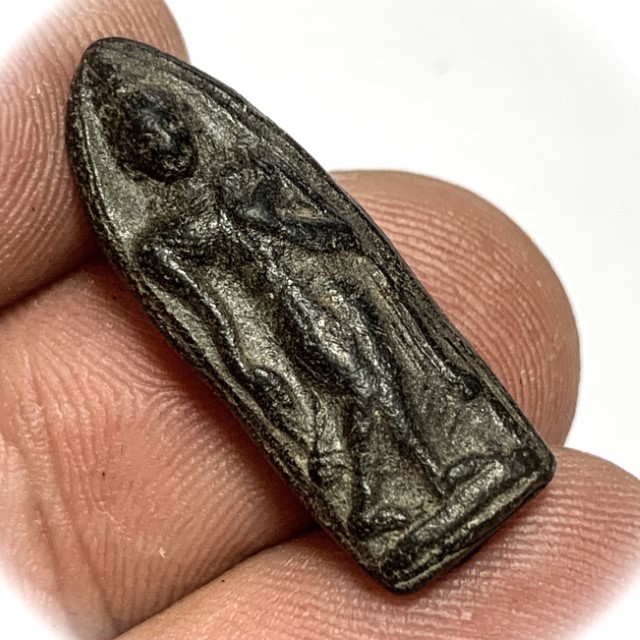 Free Registered Air Parcel Shipping Worldwide is Included with this Amulet. The rear face has the code stamp of the edition indented into the sacred clay as it was still wet before drying out. The lines of the fingerprints of the monk pressing the amulet are visible on the surface of the rear face of the lacquer-mixed sacred clay. 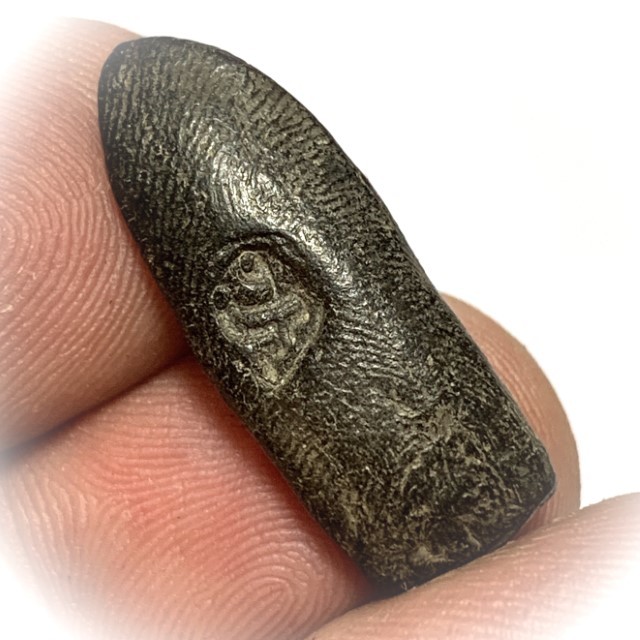 This 'Mounty Edition' is one which produced so many famous amulets, which are revered by Thai Buddhist People around the country, for the special Blessings and Empowerment of the Great Luang Por Guay of Wat Kositaram, Luang Por Kasem Khemago, Luang Por Tob, Luang Phu To of Wat Pradoo Chimplee, Luang Por Pae, and Luang Phu Tim of Wat Laharn Rai, among over a hundred other monks of great fame and powerful Wicha. 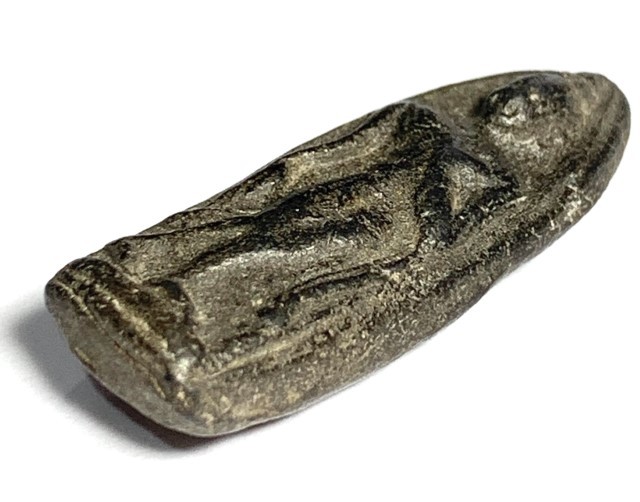 The edition is known as the mascot edition of the Military Horseback Regiment of Kaay Adisorn, in Sra Buri, with the Rian Serd Khon Nok Feather Crowned Buddha amulet, and the Rian Pra Jao Thaksin King Coin amulet as the most well known internationally and sought after by the mainstream collector and devotee. 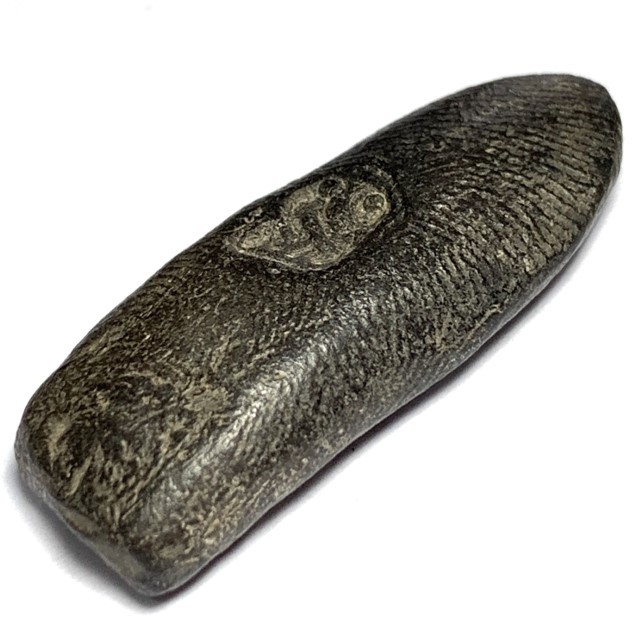 However, the edition included an array of amulets which are all special in their own right, and now extremely rare to find, and highly valued by those in the Military, and the devotees of the Monks who were involved in the empowerment, of whom there were very many. This made this edition hence popular with devotees of every Master involved, which caused the series to become rare very quickly indeed, and of course known by each devotee differently. 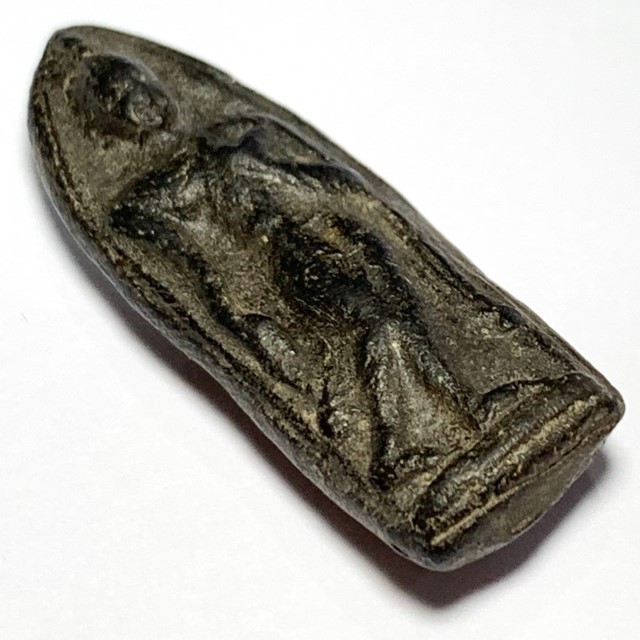 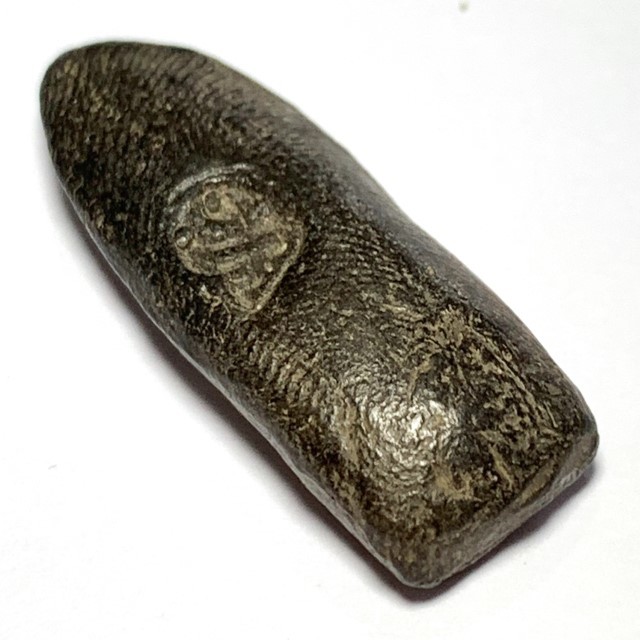 The Buddha Abhisekha Ceremony and calling of the Devas, and Chanting of Dhamma Chakra, was performed on the 16th January 2514 BE, with General Brem Tin Sulanont initiating the Brahman Part of the ceremony, and Ajarn Sawai Sumano of Wat Rachanadda in Bangkok Presiding over the Sangha's part in the Ceremony.

Below; front page of the booklet of documentation in the archives of the Kaay Adisorn Mounted Guard Regiment Museum which lists the details of the Blessing Ceremony of this edition officially, naming all monks and all amulets made in the edition 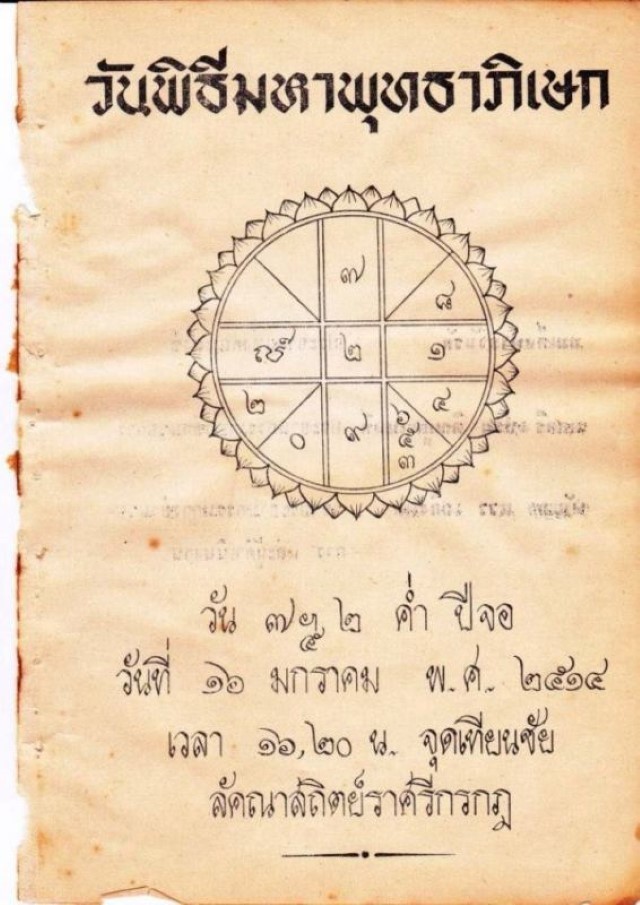 Below, the Pra Serd Khon Nok, Pra Somdej, Pra Kring and Pra Kong Kaay Adisorn amulets also released in this edition confirmed in publications to have had the presence of Luang Por Guay in the empowerment. The edition was in any case documented and archived, with the names of all monks and all amulets made in the edition by the Mounted Guard Regiment, and is indisputable. The below publication also shows some amulets from Wat Nong Pling and other temples which were blessed by Luang Por Guay. 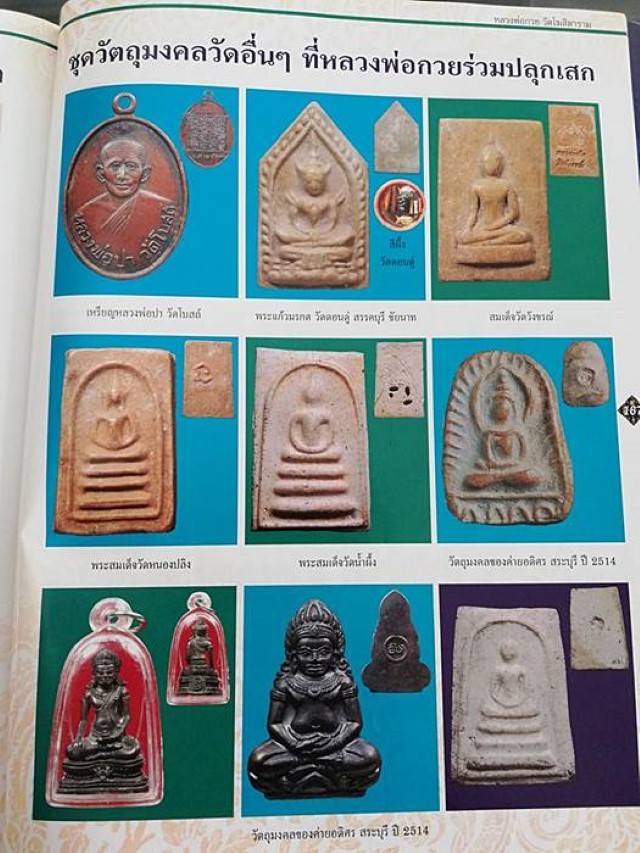 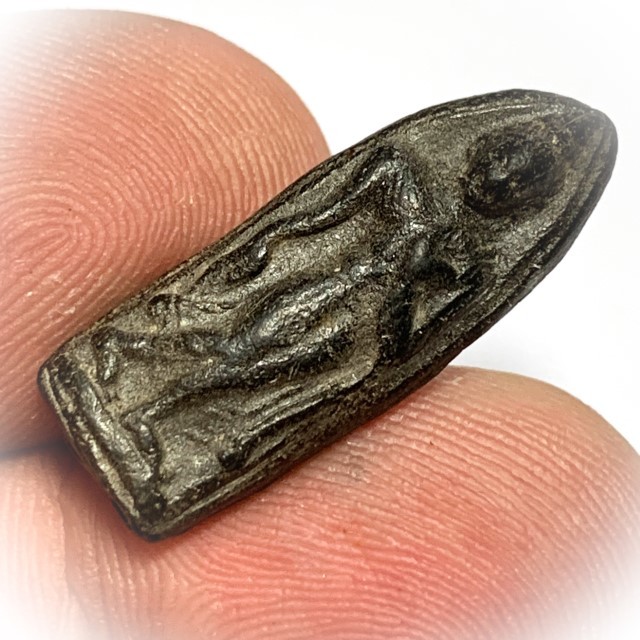 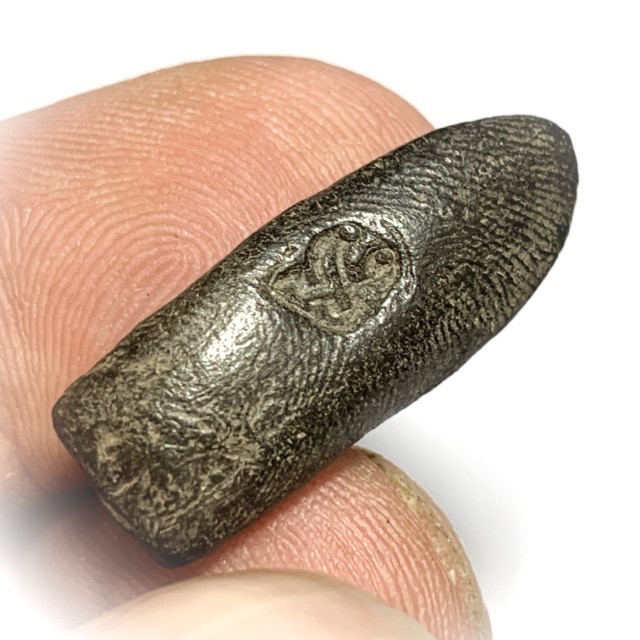 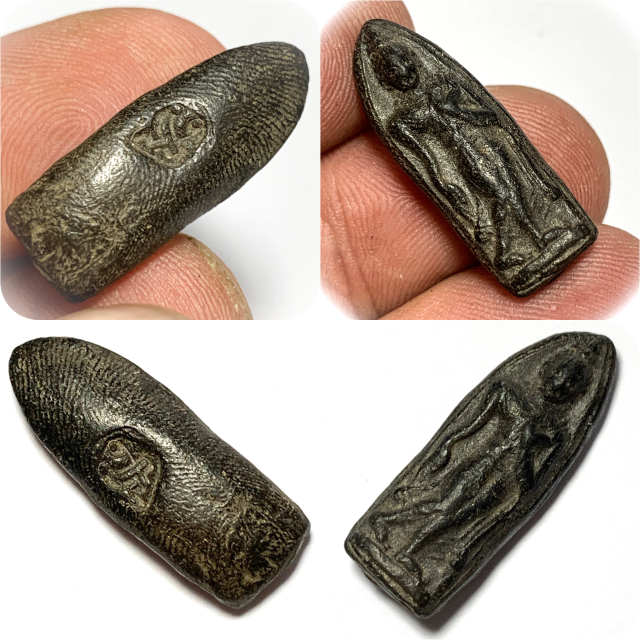