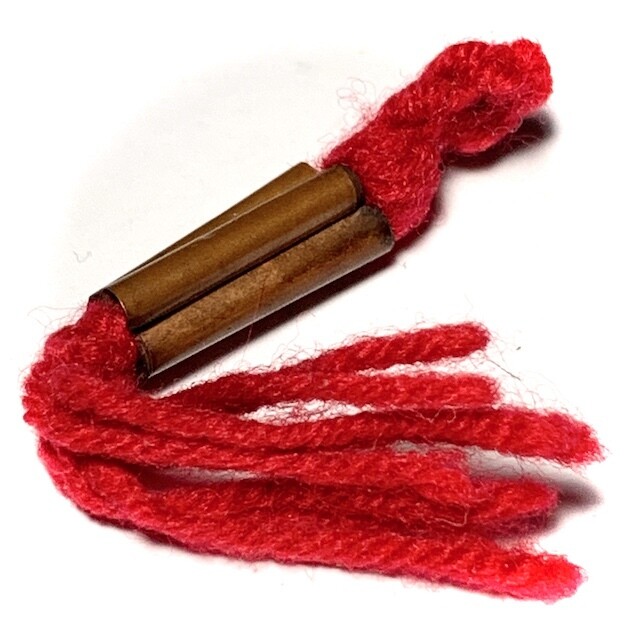 A rare and world famous Classic Lanna Amulet, and one of the most Famous amulets of the Great Kroo Ba Wang, the Takrut Jampa See Dton Lanna, made from 4 hand Inscribed Sacred Yantra Spells, with Incantations, and enchanted 'Daay Daeng Akom' red sorcerer's cord, empowered with the Ancient Wicha Lanna by the Great Guru Master Monk and Deceased Ex Abbot of Wat Ban Den, Luang Phu Kroo Ba Wang. The Takrut were inscribed individually and empowered and bound into a four-fold Spell, in traditional style of this Northern Lanna Wicha, the this Great Deceased Master of Olden days. 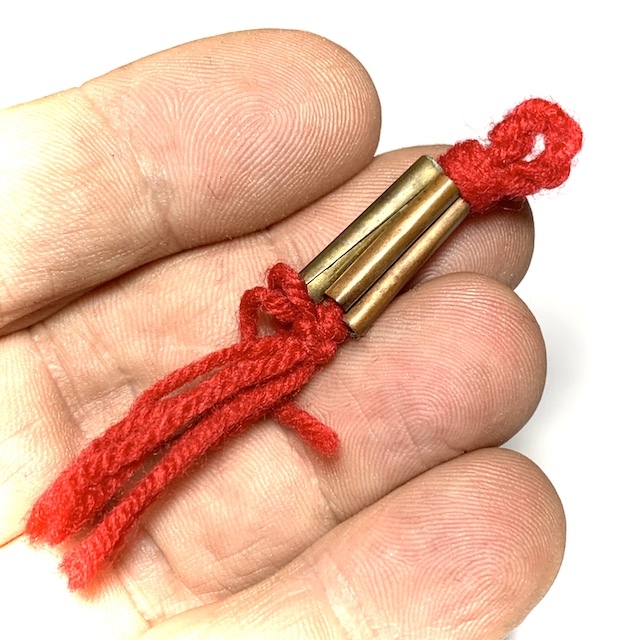 Free Registered Air Parcel Shipping Worldwide is Included with this Amulet. The Takrut Jampa See Dton has powerful leanings towards Metta Mahaniyom and Kaa Khaay Magical Powers. It is found in some of the most ancient Samut Khoi Black Parchment Magical Grimoires, dating back many centuries. This type of fourfold Takrut has been seen to be used with different kinds of Magical Influence, depending on the type of Yant used for inscription within the four scrolls.This particular version is specifically aimed at increasing the selling power of merchants and shopkeepers, and market traders, and travelling sales persons, to being great prosperity. As has already been stated, this type of Takrut is most famously known and seen to be from the Great Kroo Ba Wang, of Wat Ban Den. The Takrut and the Wicha of making it has been preserved by lineage continuance Master Pra Ajarn Gorp Chai of Wat Mae Ya, who has now made 2 editions of Takrut Jampa See Dton to date (2021), both of which are also now extreme rarties, made by hand and only in small numbers. 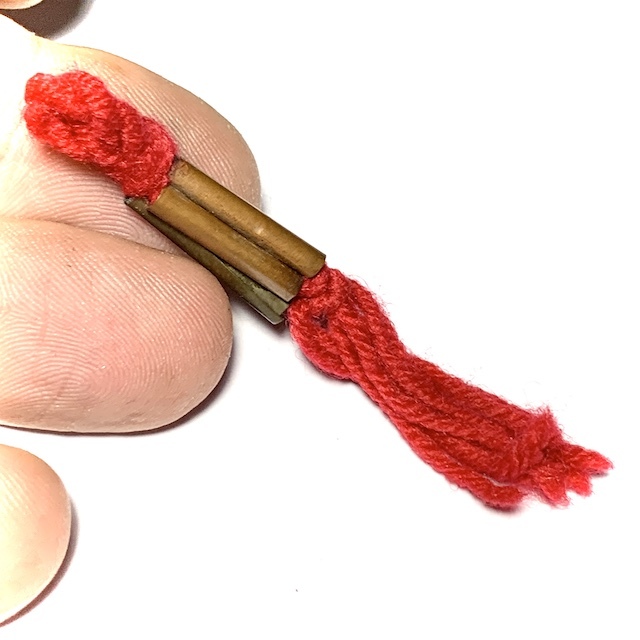 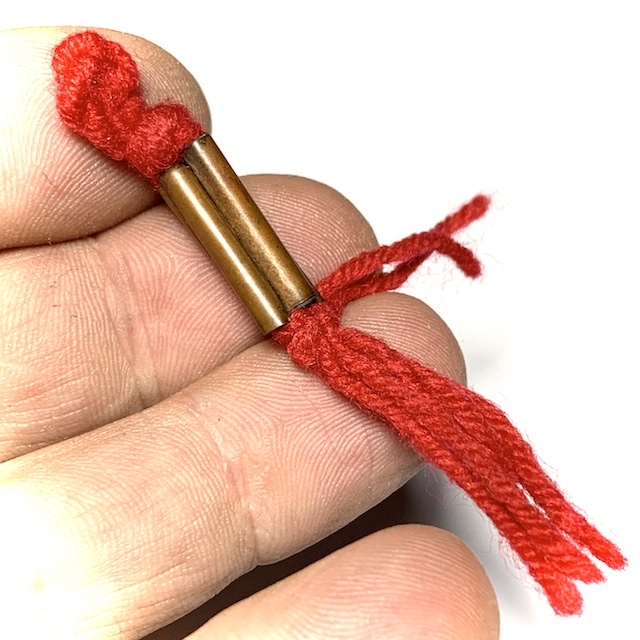 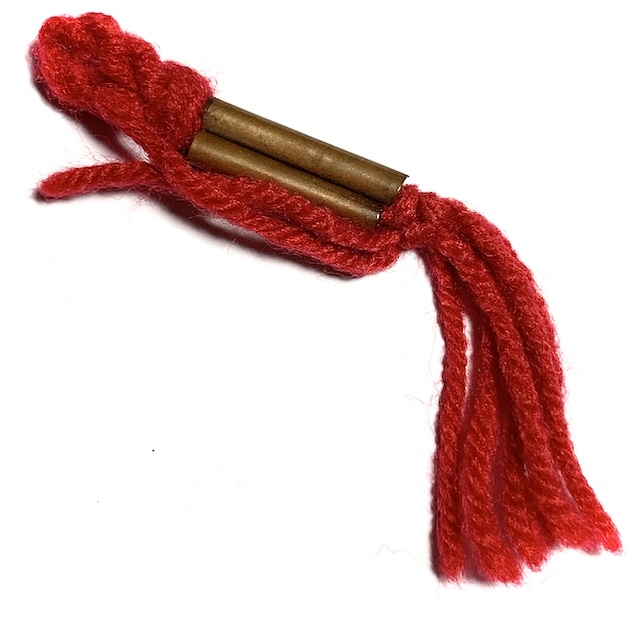 Pra Kroo Gantiya was his Upachaya Ordaining Officer, and Pra Ajarn Bpan was his Pra Gammawājājarn (Prompter). Pra Atigarn Bpum was his Pra Anusawanājarn (Witness). Luang Phu was given the Chāyā (official Monks Name) of Prohma Sēno. Luang Phu Kroo Ba Wang then stayed on at Wat Ban Baen, in Lampoon, for a period of 2 years more. 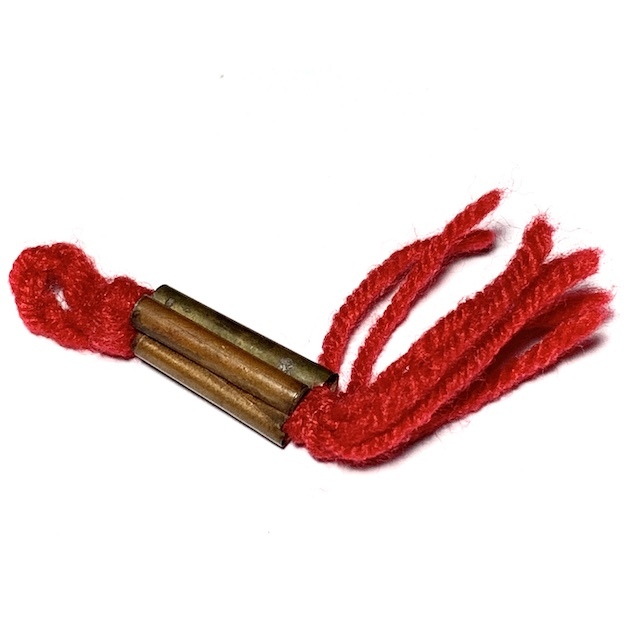 After this, Luang Phu Kroo Ba Wang then moved to stay at Wat Ban Hmueang Jee, which was in his home area where he was born. Luang Phu then continued to study and practice Wicha Akom and Khom Agkhara, for a further three years, until he became inspired to take up the practice of Tudong Solitary Forest wandering, and gain experience in Kammathana. 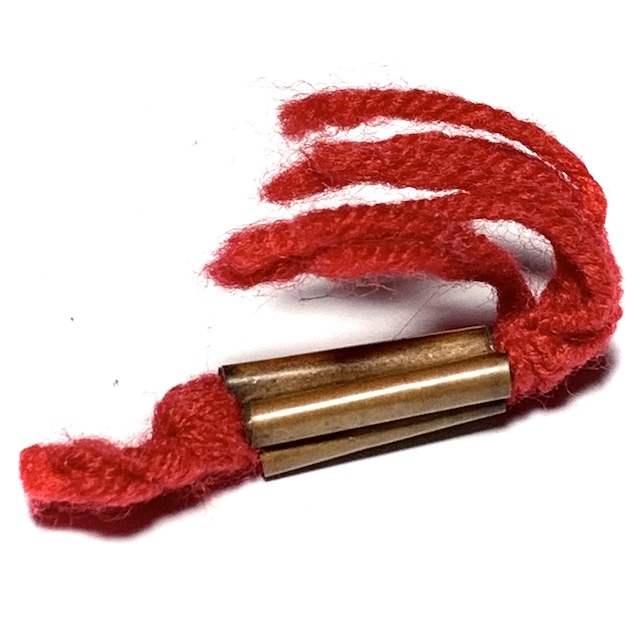 Luang Phu then travelled through the thick forest area of Pha Teub, on is way towards Chiang Saen, and stopped in the forest to practice for 6 months. Once he reached Chiang Saen, he stayed around the area practicing for some years, until he decided to travel towards Prae Province, where he finally arrived and stayed at the temple of Wat Den Chai. He stayed at this temple to master the various Sorcert Methods of the Region, so that he would be able to perform Powerful Incantations enabling him to cast spells and blessings to offer protection, happiness and prosperirty to the fold, and to send metta and merits to the Nature Spirits of the Nether Worlds, with Compassionate Mercy Magic. 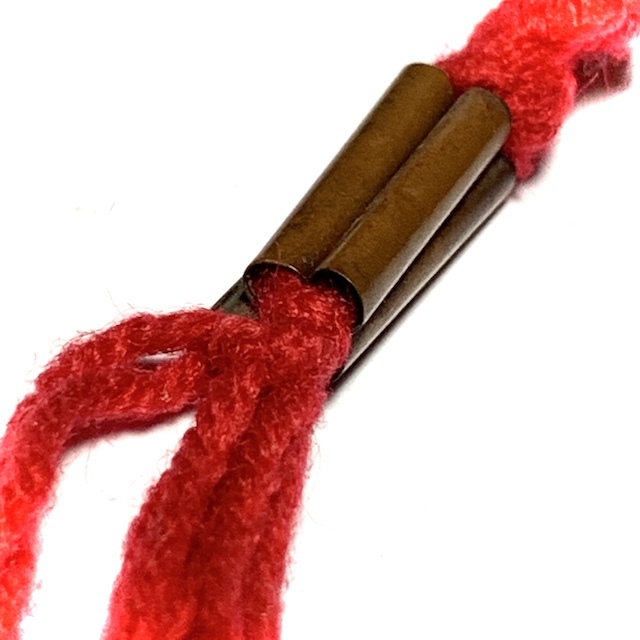 The Kata Lanna Bucha Takrut Jampa See Dton Kroo Ba Wang mp4 Chanting Tutorial above, is also available for download, in the files tab of your account with our store after purchase of this amulet. After one year helping them, he was able to return to Pha Den Gradtay, and built three Kuti Huts and invited some other monks to come and stay, and assist in developing the temple. Then in the yeat 2508 Luang Phu Kroo Ba Wang began to build the Uposadha Shrine Room and the locals of the surrounding areas began to hear of his merits, and flock to the temple to make donations and assist. 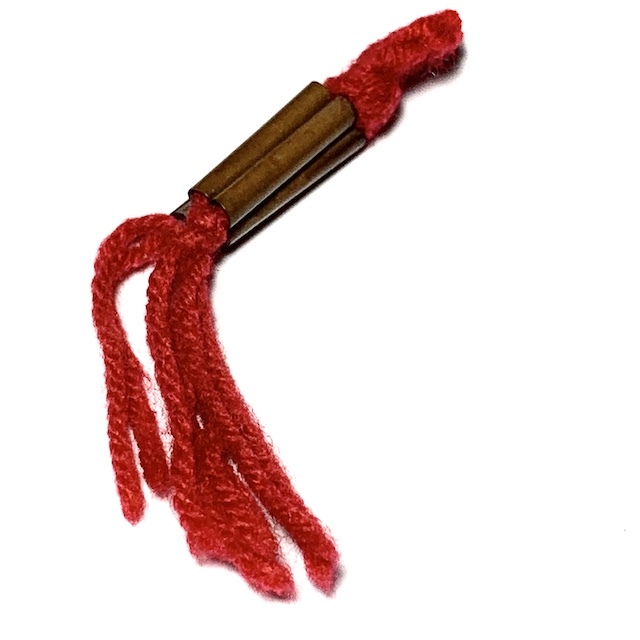 The Uposadha was then finished in the the year 2510 BE. Luang Phu became famous for both is great ability to finish the temple of Wat Ban Den in Miraclulously short timespan, and also for his many Wicha, including Horasart (Astrology), Amulet making, Maha Sanaeh and Metta Maha Niyom Maha Lap Magic, and his ability to use Candle Magic to eliminate Bad Karma. 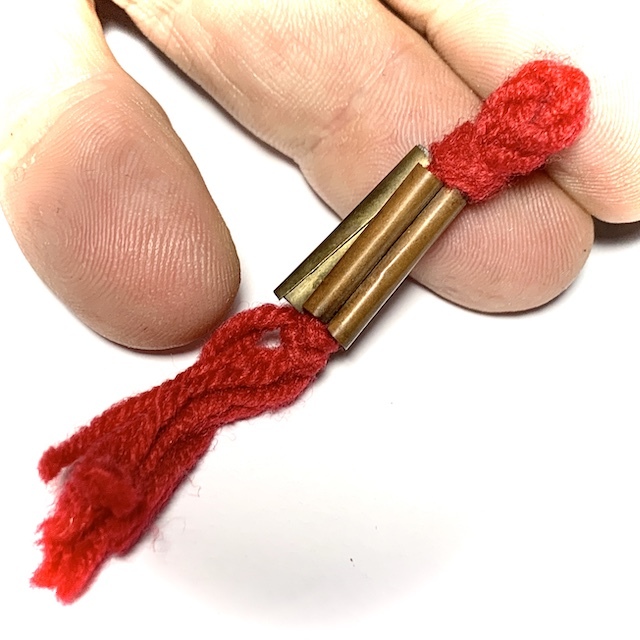 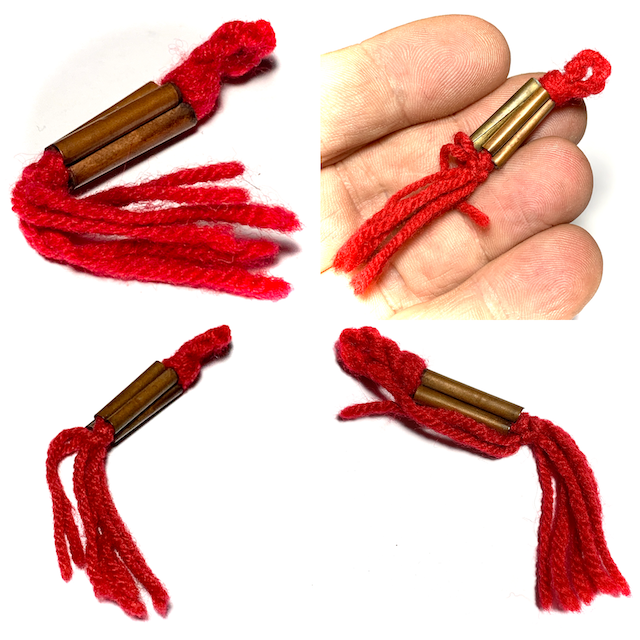