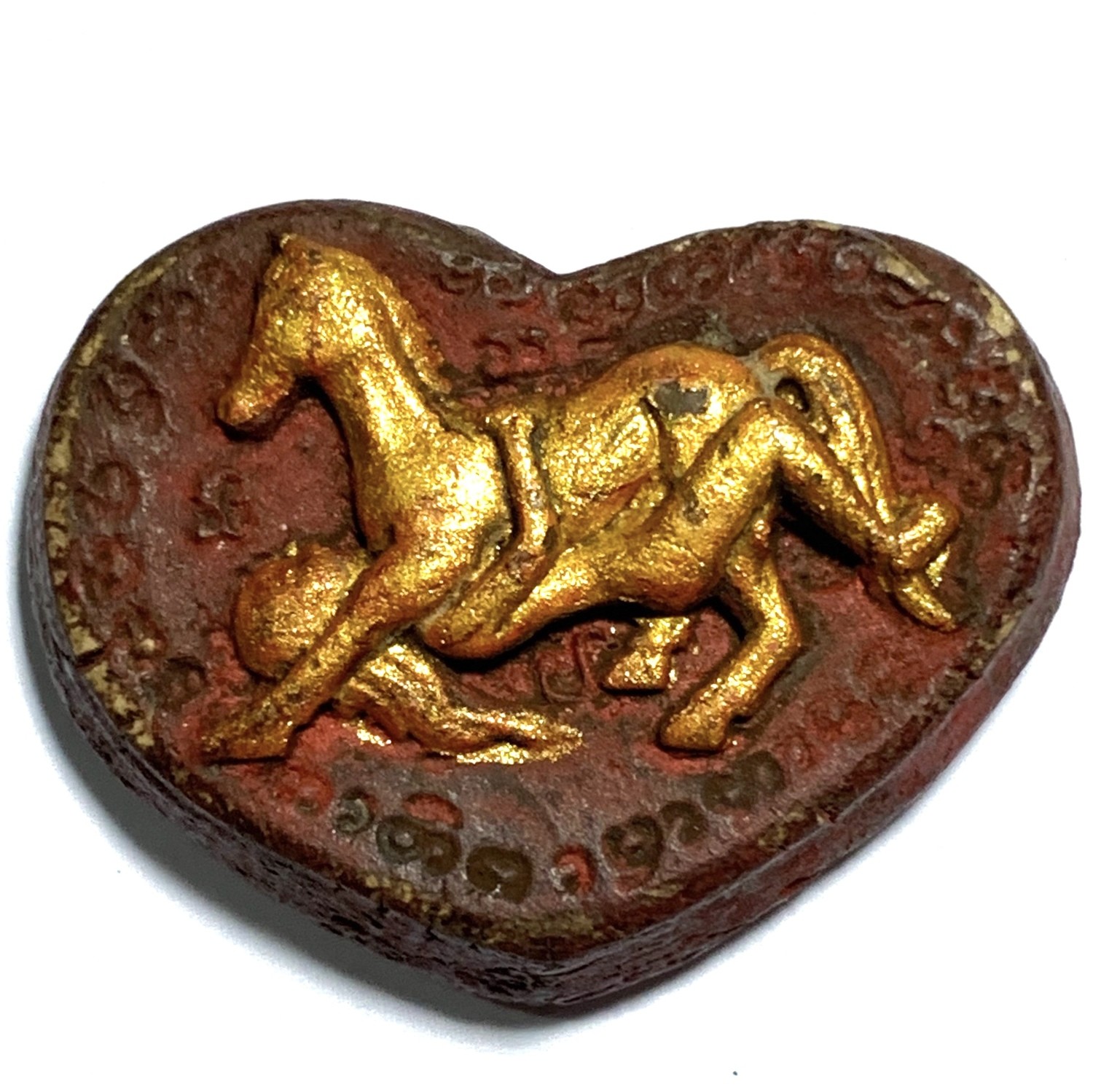 The Ma Saep Nang measures 4 x 3 Cm, and is made from Red Sacred Muan Sarn Sacred Powders, with a gold covered surface, and golden painted on the Mae Saep Nang on the front face. Empowered with the invocation of the Prai Ma Saep Nang Deva and is imbued with Lanna Maha Sanaeh magic for Seductive Influence, Metta Maha Niyom Mercy Charm and Maha Lap Wealth Increase (through attracting admirers, good customers, and, promotion from bosses, and helpful friends). 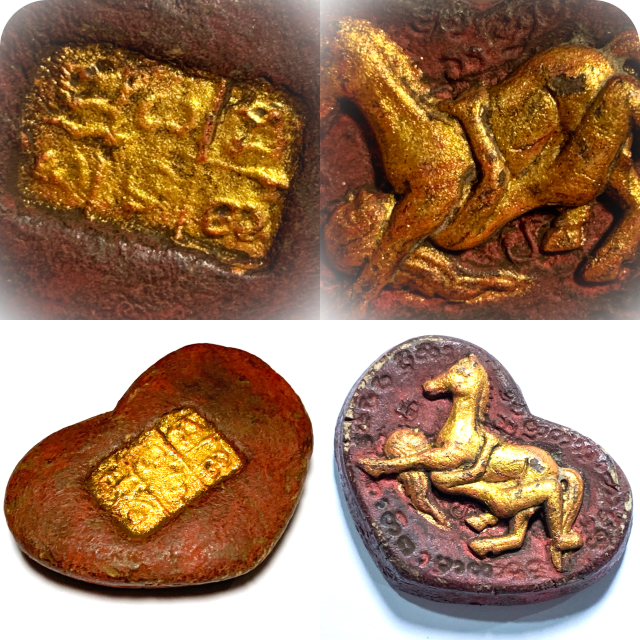 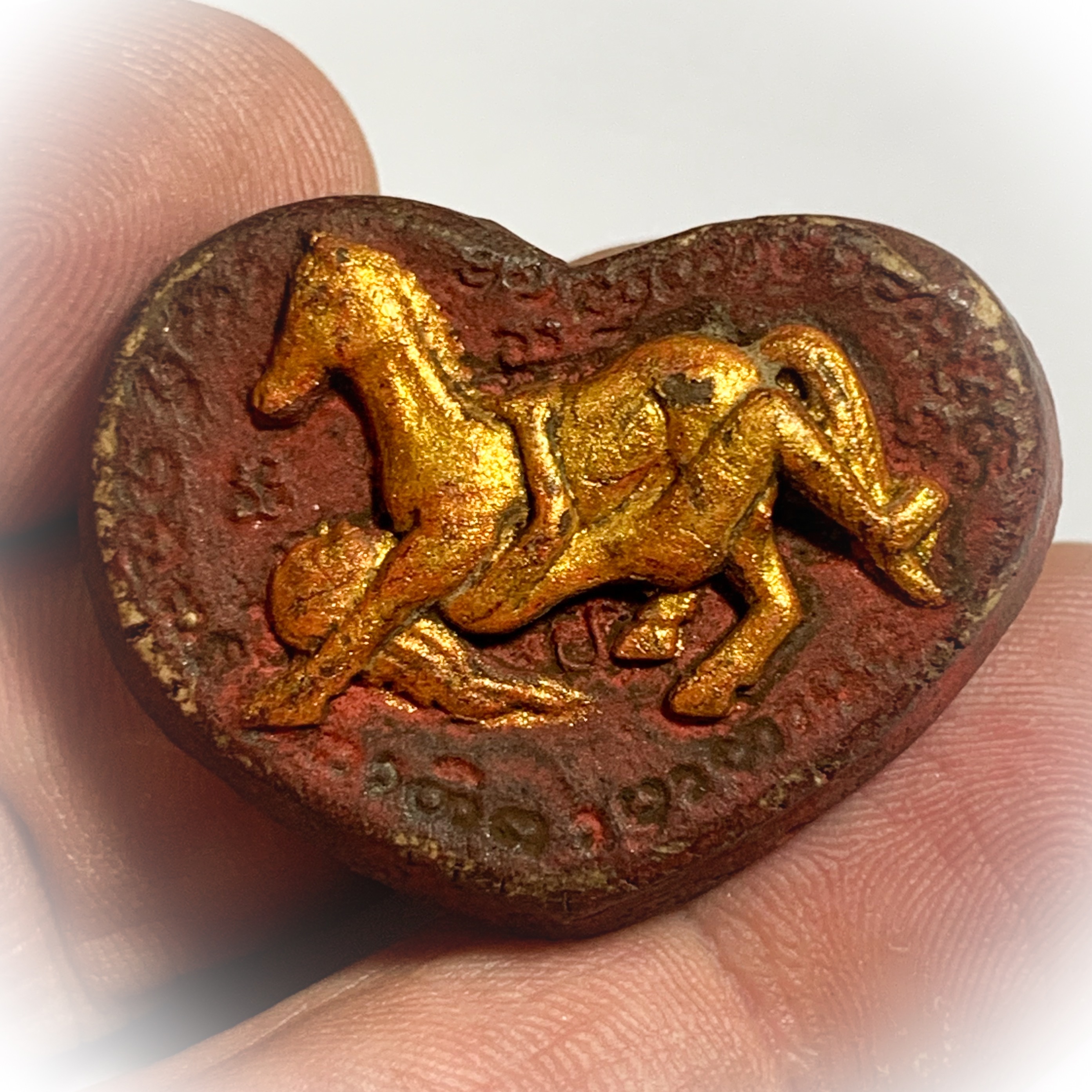 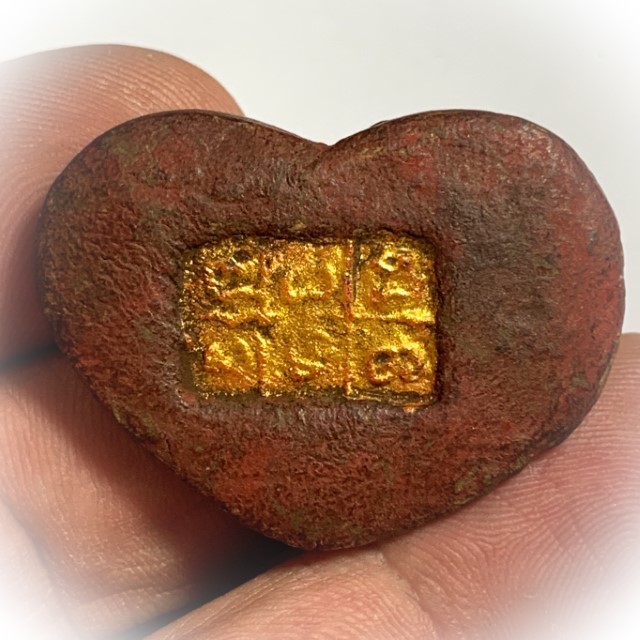 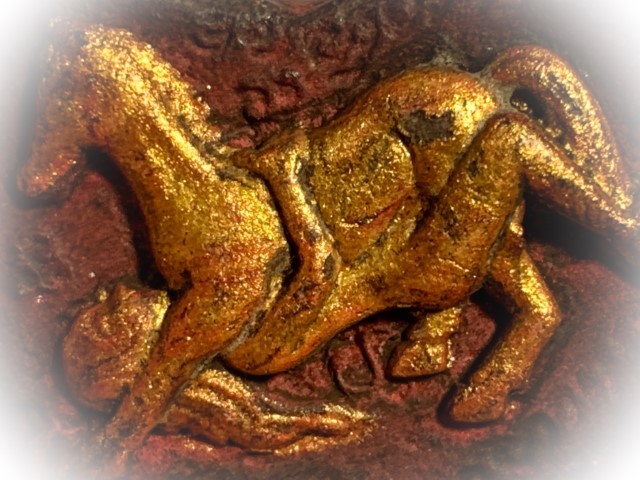 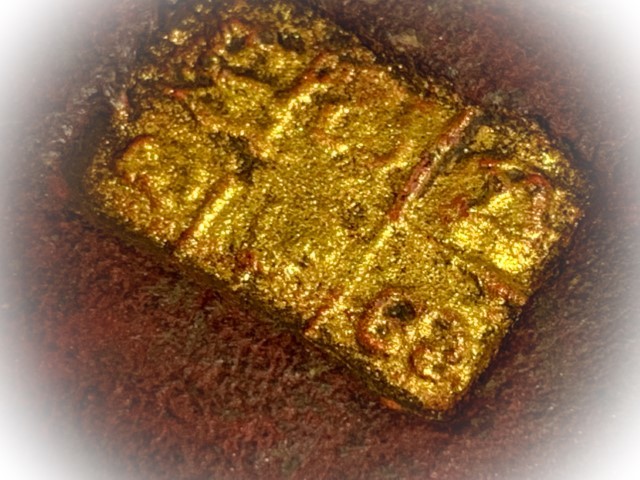 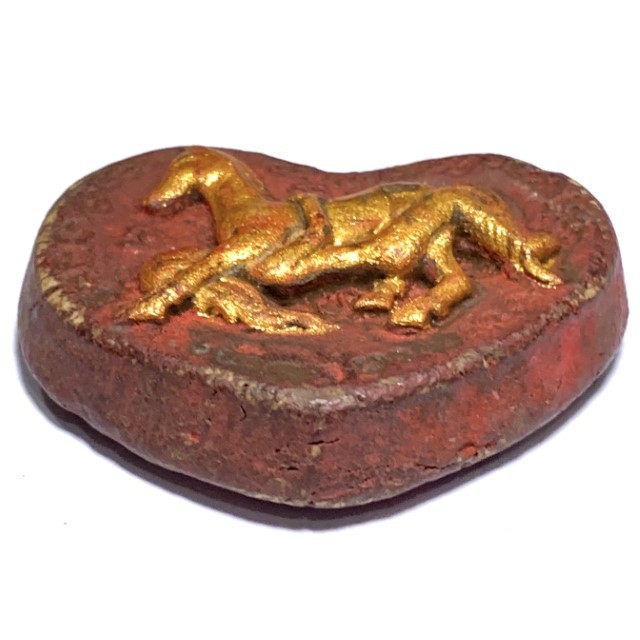 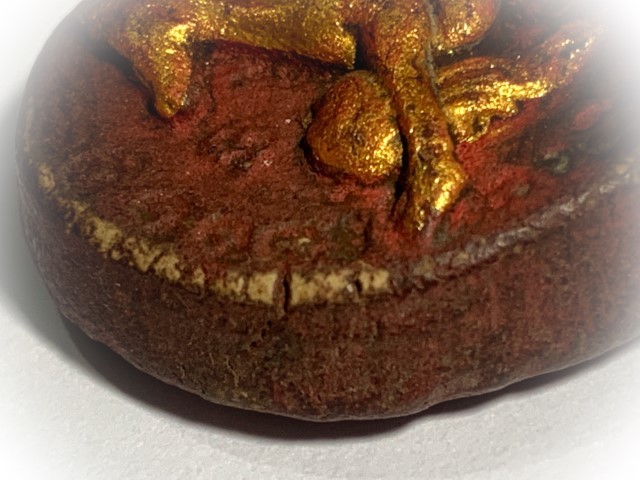 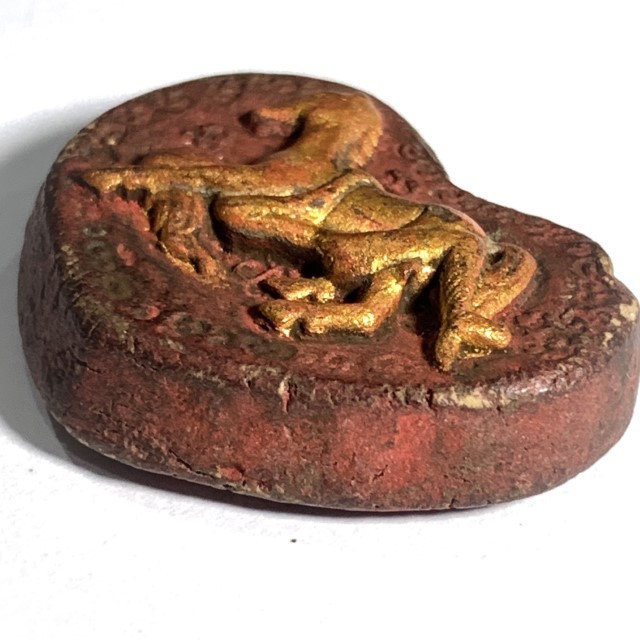 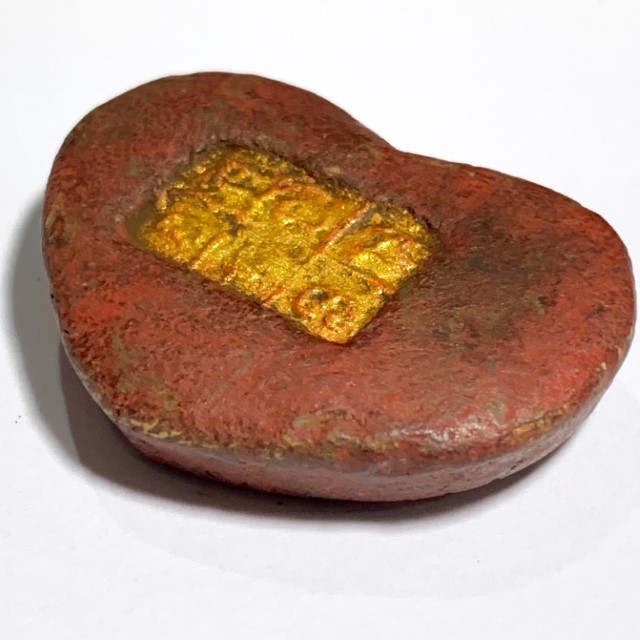 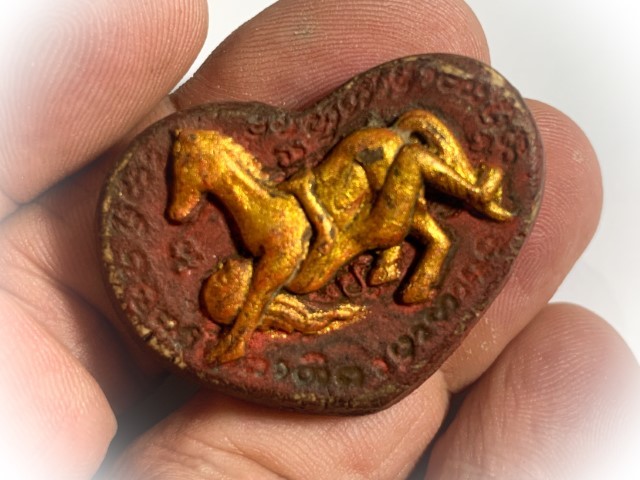