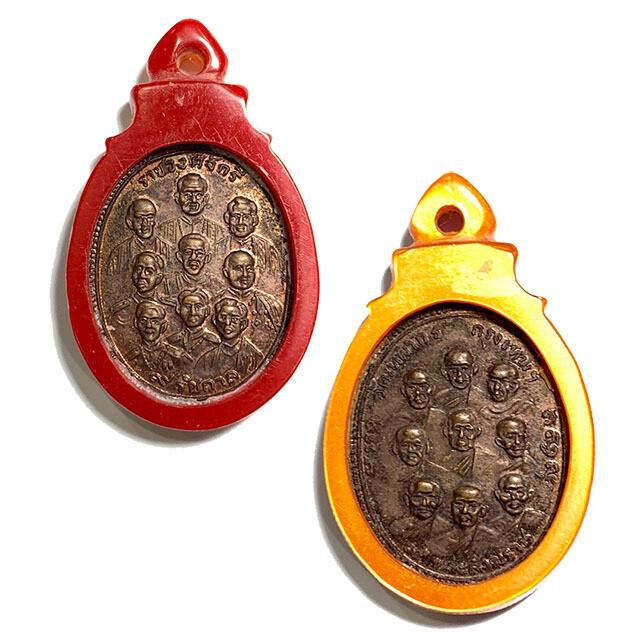 A highly revered Rian Kanajarn Guru Monk Coin with National Importance and Historical value for the inclusion of 9 of the Greatest Monks and 9 of the greatest Historical Royal Eminent Figures of Siamese History, and is attributed to the pantheon of amulets of Luang Por Guay, of Wat Kositaram, in Chainat, for his extended time spent empowering the amulets, above that spent by other monks who blessed this edition. 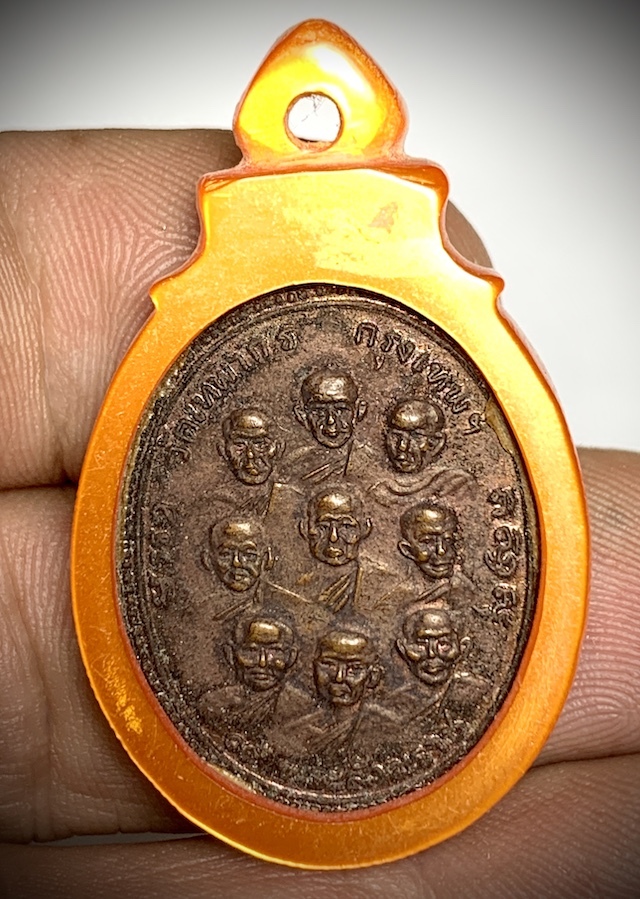 The amulet comes with windowless acrylic 2 tone casing (one side golden one side red), for close contact with the amulet and the skin, as was preferred, and believed to be powerful, by olden days Thai Buddhists.

The devotees of Luang Phu To of Wat Pradoo Chimplee are also avid collectors of this amulet, which is also classed within his pantheon. One side of the coin features 9 Great Sangkaracha Royal Palace Master Monks, encircling the words '9 Pra Sangkarach' (๙พระสังฆราช). The other side has nine great Royal Figures, emblazoned around the words '9 Rachagan' (๙รสชกาล). 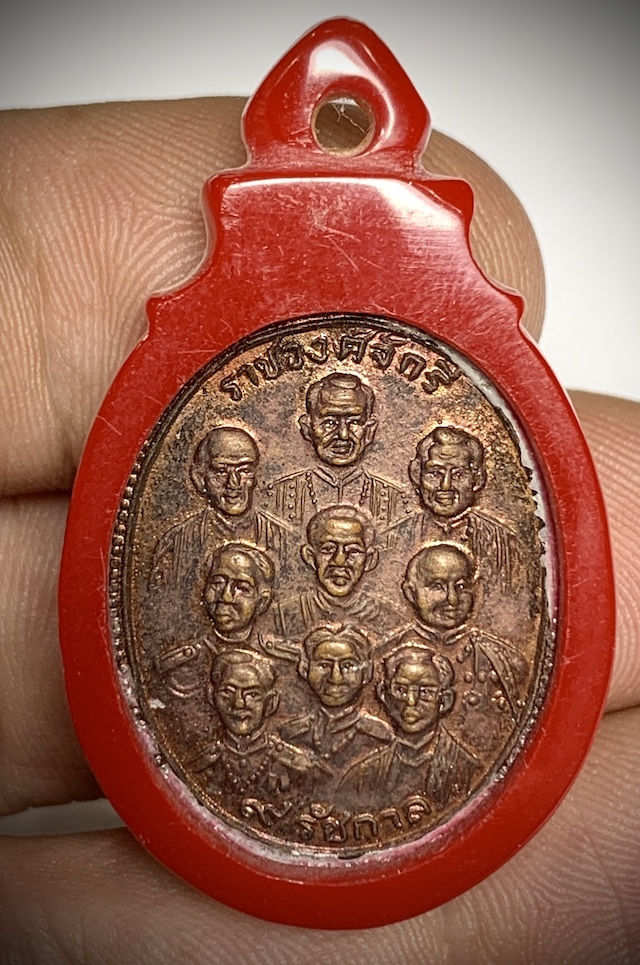 A very famous and popular coin with devotees of Luang Por Guay and devotees of Luang Phu To (Wat Pradoo Chimplee), and for the fact the coin contains two compendiums of 9 Eminent figures of Thai Buddhism and Thai History; The Rian Gao Sangkarach (9 Great Sangkaracha Monks) Gao Maharach (9 Great Kings), 2 sided coin amulet with 9 Great Masters and 9 Great Royal Figures. The Rian Gao Sangkarach Gao Maharach was made along with the Rian Gao Nak Prach Gao Pra Ajarn (9 Philisophers, 9 Guru Master Monks) amulets, whose making began in 2513 BE, & received 3 Blessings before a 4th Blessing and final release in 2515 BE. 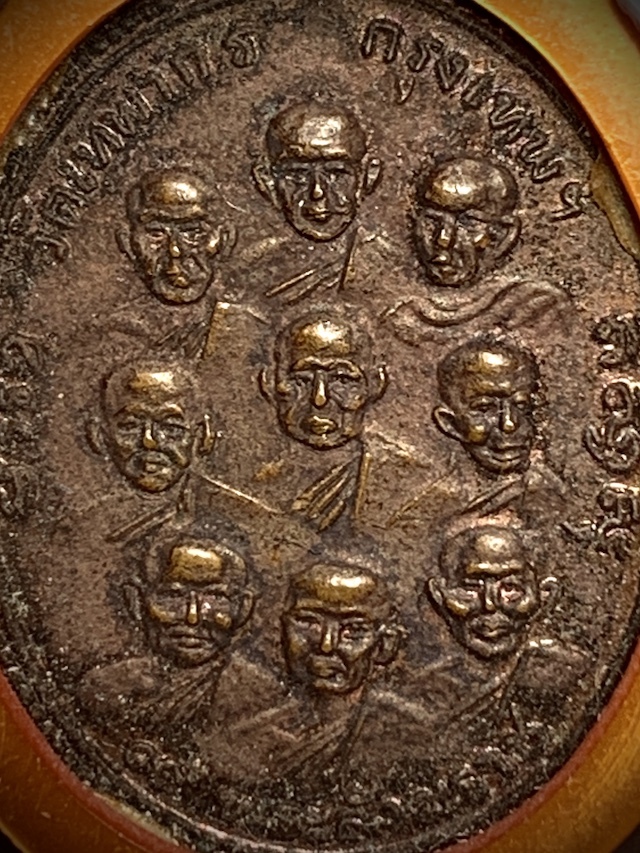 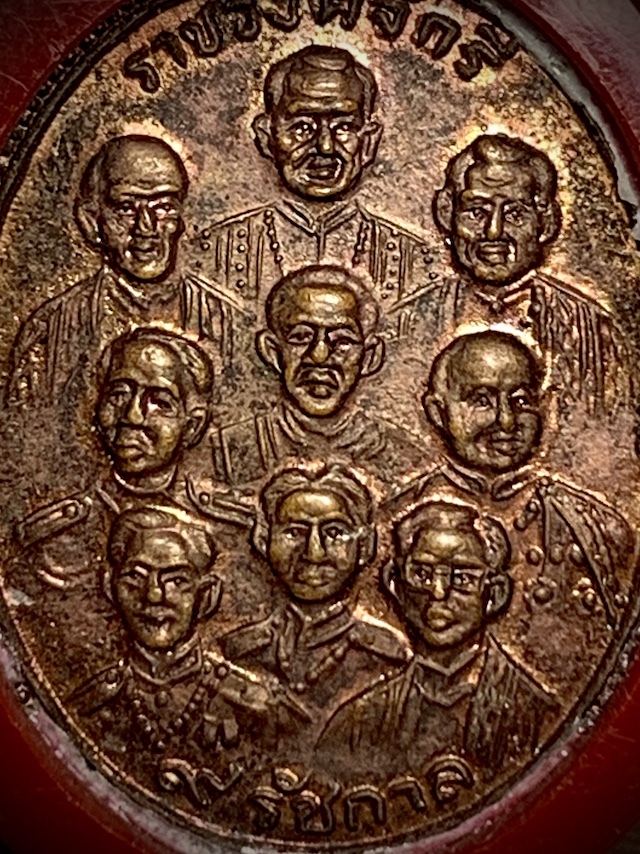 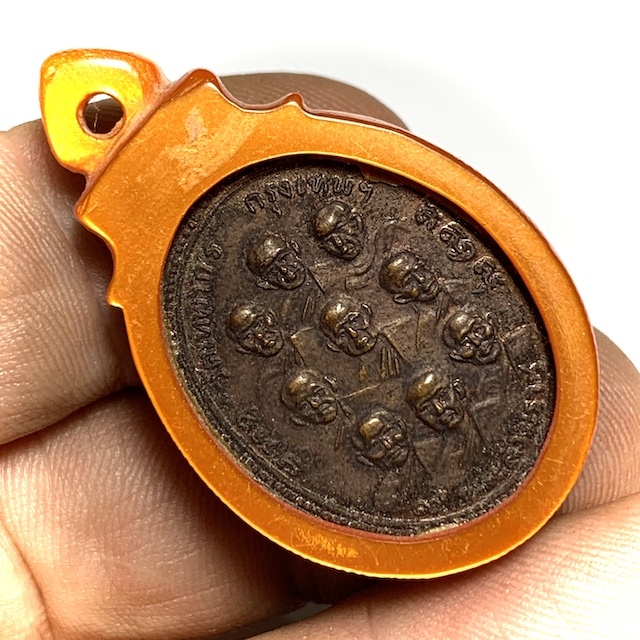 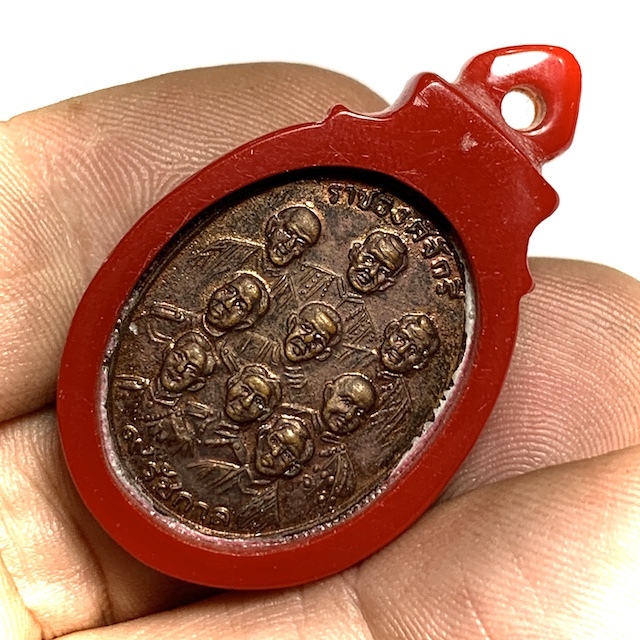 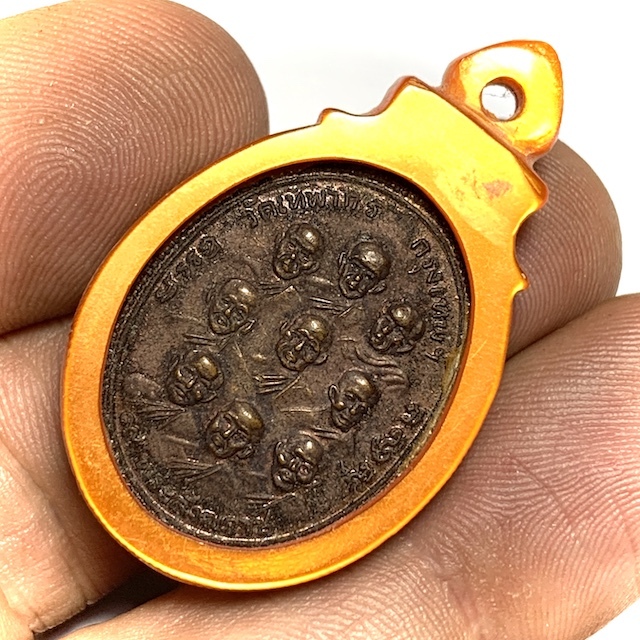 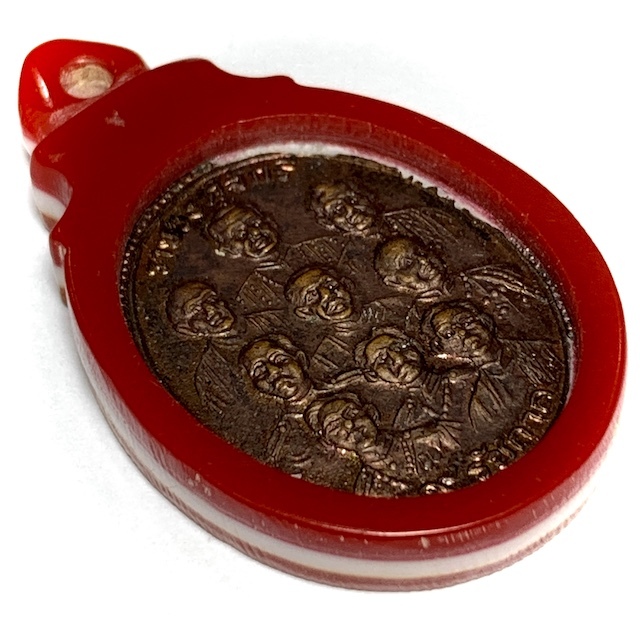 Luang Por Guay's amulets have reached the highest level of respect and collectorship in their history now, and are considered to have noticeable effects that are felt be everybody who owns and wears one of his amulets. His blessings are famed for their Klaew Klaad Kong Grapan Chadtri Maha Ud power. 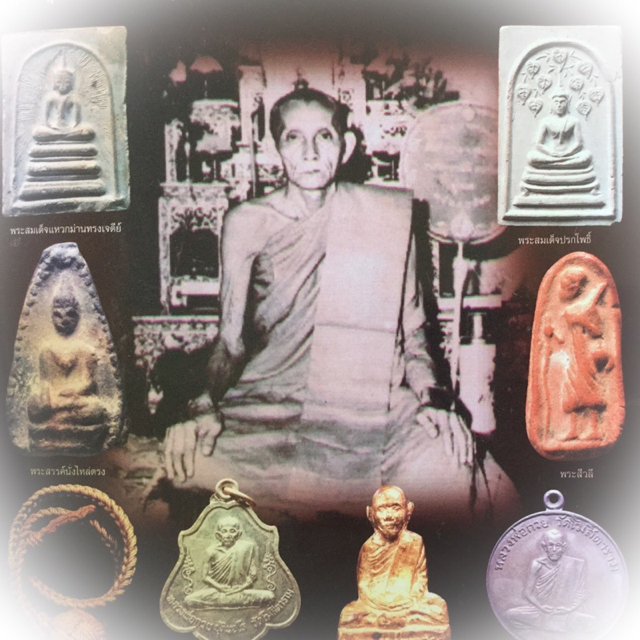 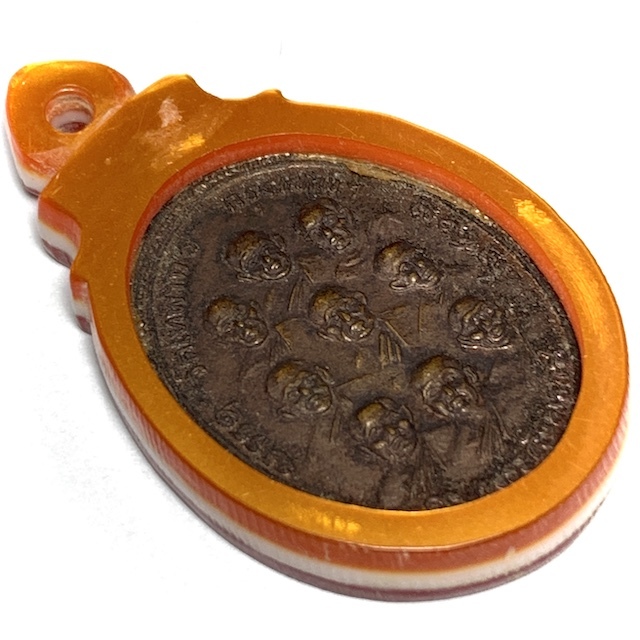 Usuallly this happens because of specualtion by the collector scene, but in the case of Luang Por Guays amulets, it has happened primarily for their Sacred Value, much much more than for their collectorship and artistic value, which is of course also extremely high. Luang Por Guay is famous for his immensely diligent and complex manner of empowering (Pluk Sek) amulets, which involved daily empowerments at various times of day namely at dawn, morning, midday, afternoon, evening and midnight. 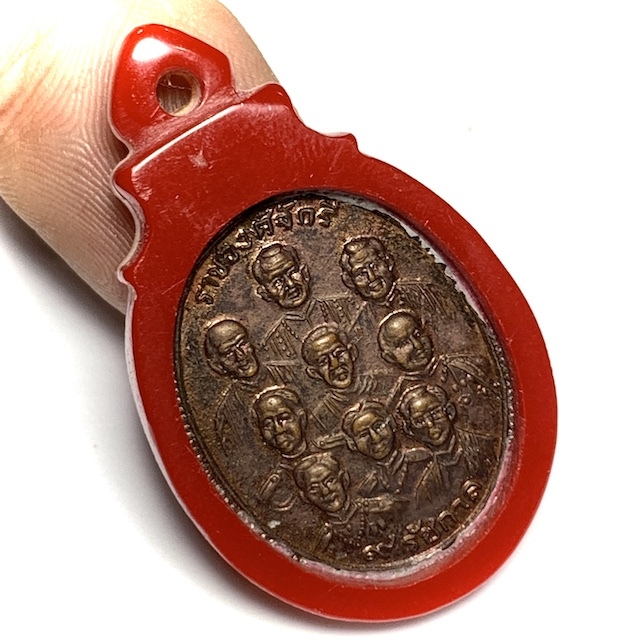 In addition, he would perform empowerments during the various 'Reuks' (Astrological Influentian moments), to bring total coverage of protection and fortuitous blessings to all who might wear and Bucha his amulets. His method involved the choosing of the 'Reuks Mongkol' Buddhist Auspicious alignments, the 'Reuks Jone' (Gangster Alignments) Inauspicious Alignments, and the 'Reuks Bun Paya Marn' Demonic Influential Alignments. This means that it did not matter who wore his amulets, Good people would wear them, Gangsters would wear them, anybody could wear them without loss of magical effect. 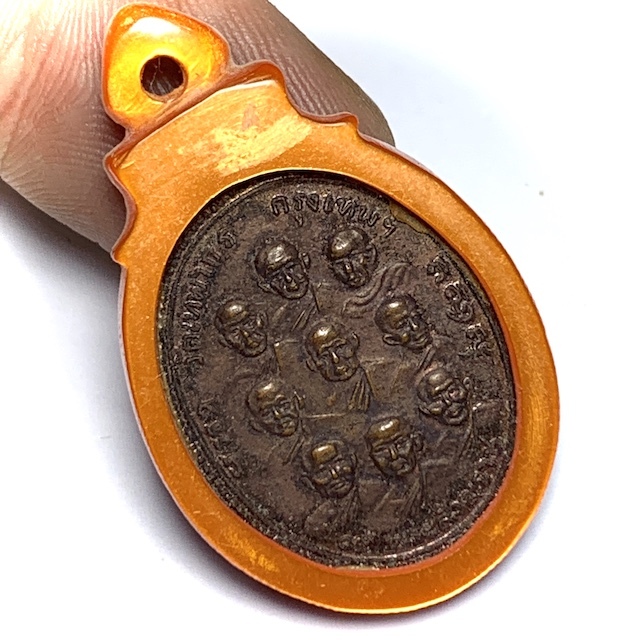 His amulets are both highly revered for their sacred Power of Protection and Prosperity, but also as a connection and Buddhanissati reminder of the Great Guru master, to beseech his blessings through the amulet. One of the most highly sought after Pra Niyom Category Amulets, which is seen to grace the pages of any and every important amulet encyclopedia, and the highly prized and jealously guarded talisman of the high end collector and devotee. 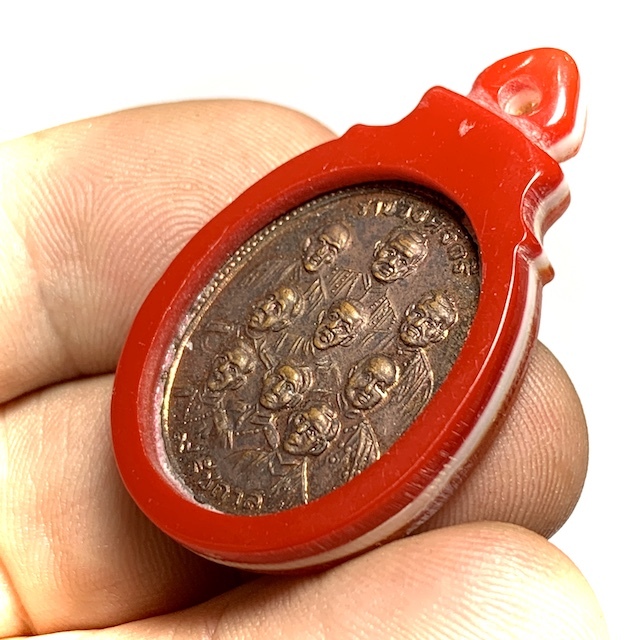 This Great Monk achieved his status through his Great deeds and his great Diligence in his Patipatā (Practice of Purity and Renunciation), and in his Great Attainments in Dhamma Pariyatti and Dhamma Patipatā. Luang Phu To was born on the 27th March 2429 BE in Ban Klong Bang Noi in Samut Prakarn, and passed away on 5th March 2524 BE. 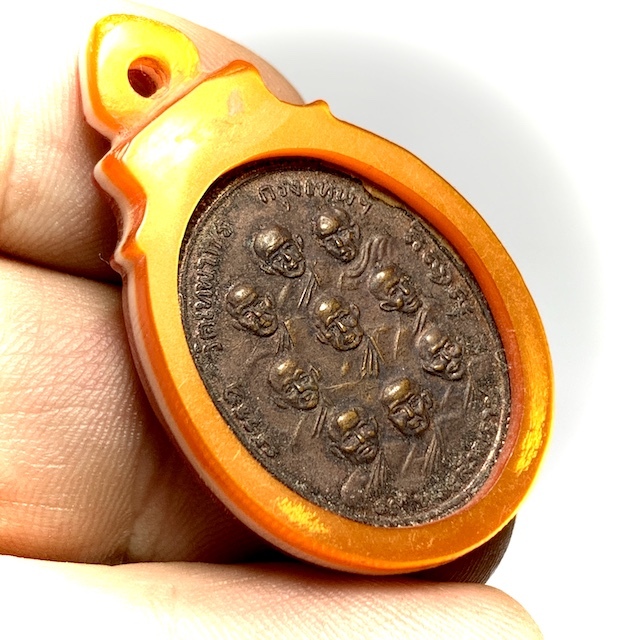 In 2497 BE, Luang Phu then became promoted to Pra Kroo Sana Badtr Chan Toe (Second Level, tantamount to a Doctorate in Dhamma), of Royal Category. In the year 2500 BE, Luang Phu was then given the additional status of Upachaya Ordaining Officer. In 2516 Luang Phu became Pra Racha Kana (Royal Appointment Sangha Comittee) and head officer of the General Affairs of Vipassana Practice. 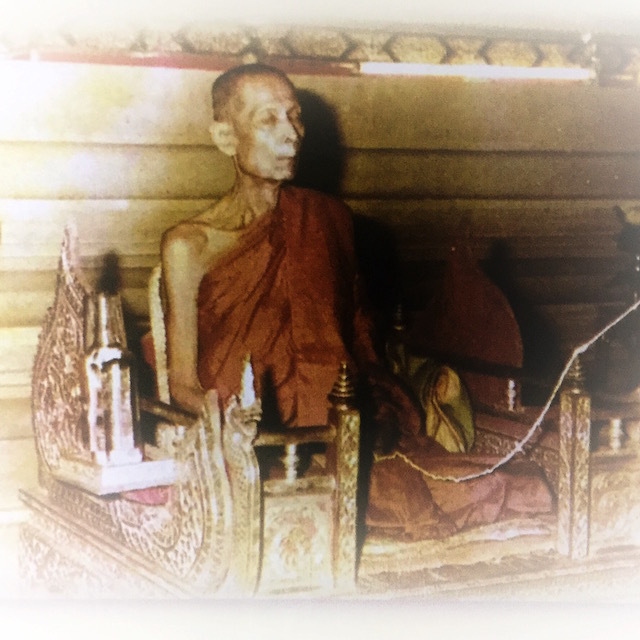 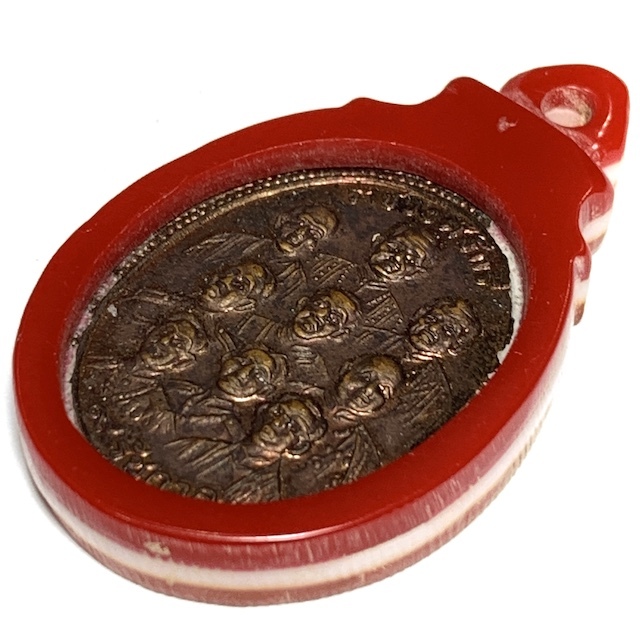 Use the Buddhist Method of Bucha with Kata Aaratanaa Pra Krueang 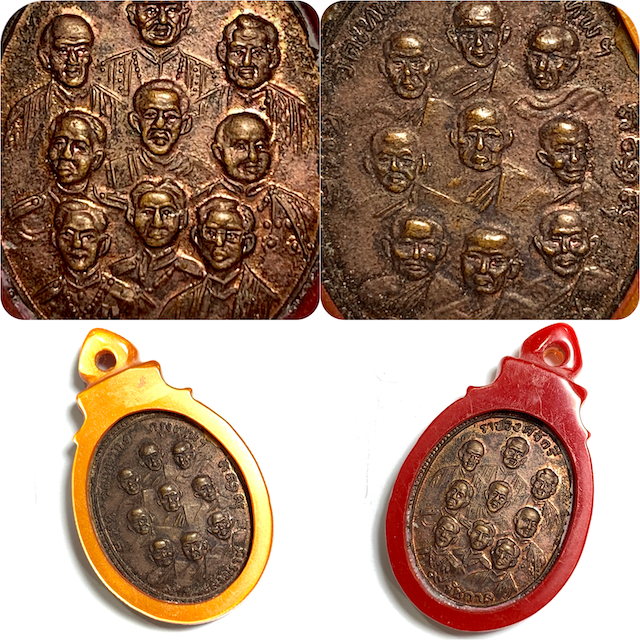