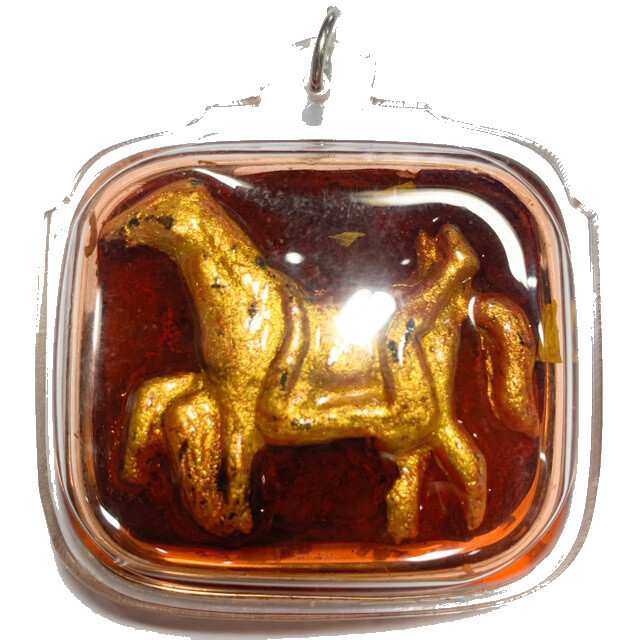 Ongk Kroo Version immersed in Nam Man Prai oil, of the famously powerful In Ma Saep Nang with In Koo, Jivara Robe, and 3 Takrut, from Kroo Ba Wang, Rich in Muan Sarn from the visibly ancient aspects of the Muan Sarn clay, which reveals us to be beholding an Extremely Rare Masterpiece Ongk Kroo Prai Oil Immersed version of the In Ma Saep Nang of Kroo Ba Wang (Wat Ban Den) 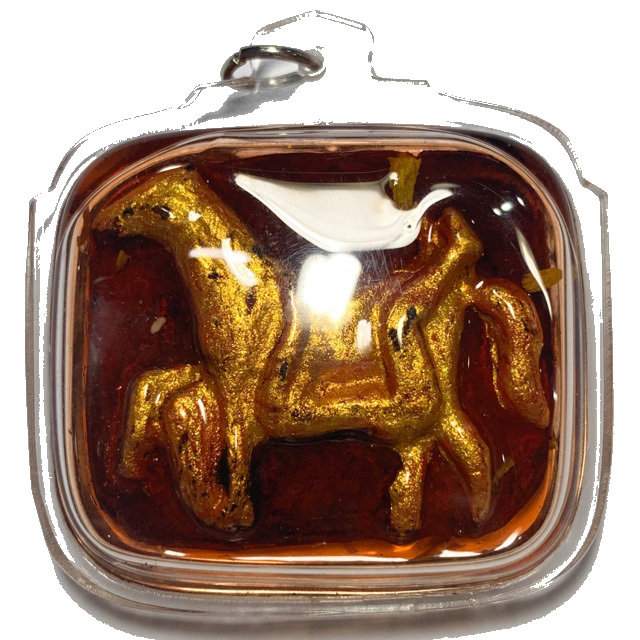 Free registered air parcel shipping worldwide is offered included with this amulet. The Ma Saep Nang measures 6 x 6 Cm, and is made from Black Sacred Muan Sarn Sacred Powders, with red lacquer and a gold covered surface, and golden painted on the Mae Saep Nang on the front face. Empowered with the invocation of the Prai Ma Saep Nang Deva and is imbued with Lanna Maha Sanaeh magic for Seductive Influence, Metta Maha Niyom Mercy Charm and Maha Lap Wealth Increase (through attracting admirers, good customers, and, promotion from bosses, and helpful friends). 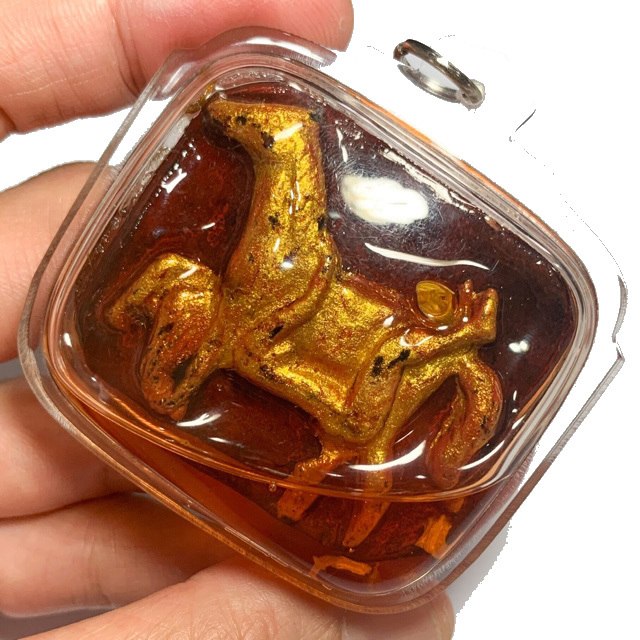 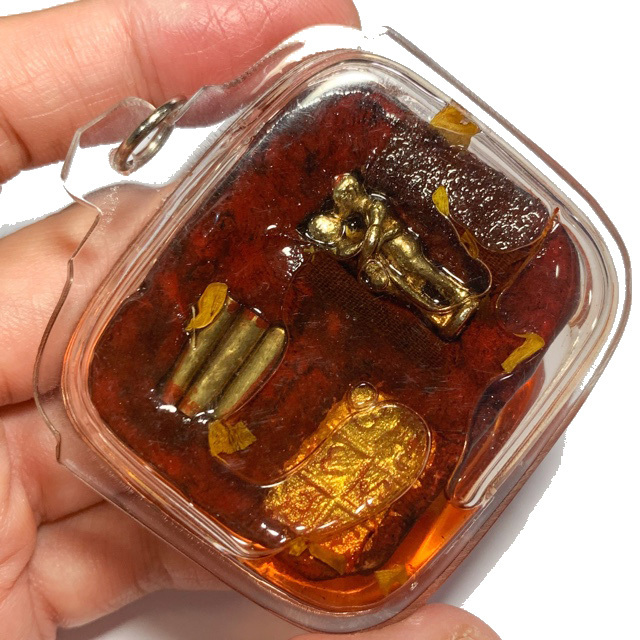 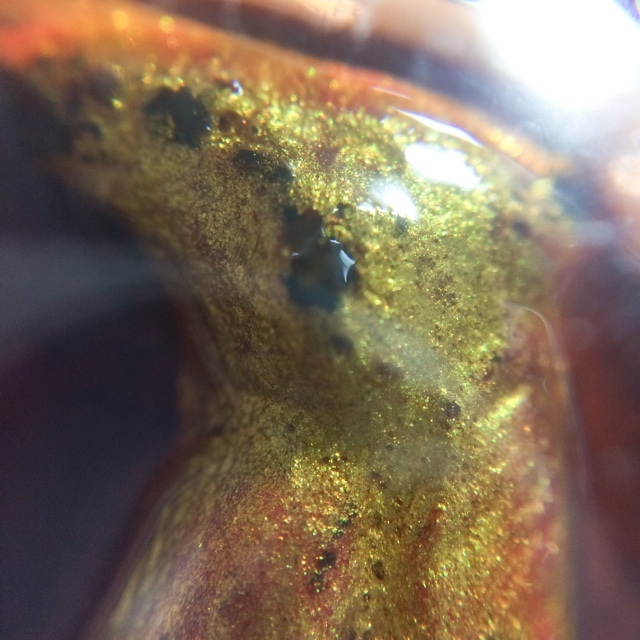 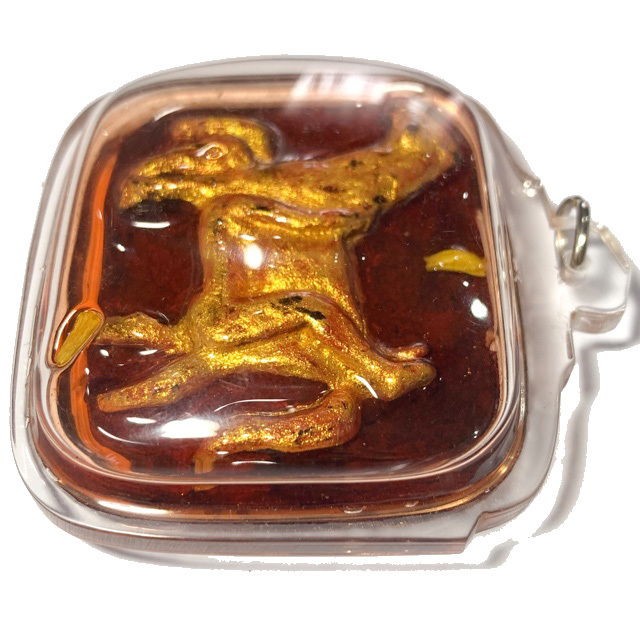 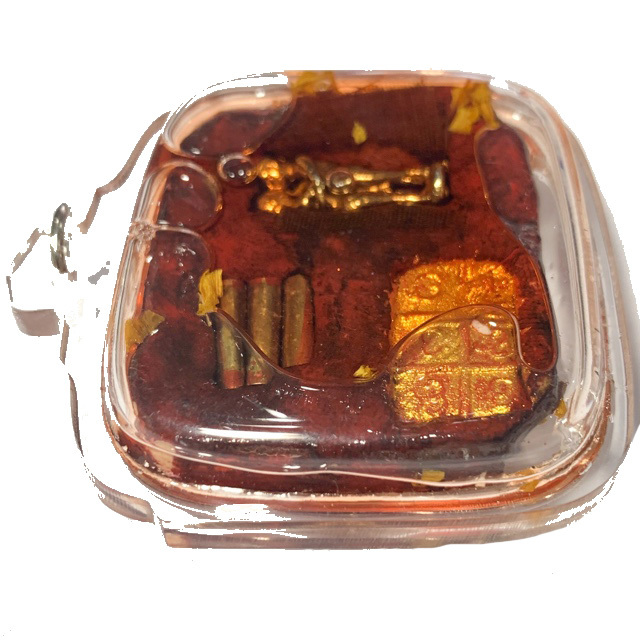 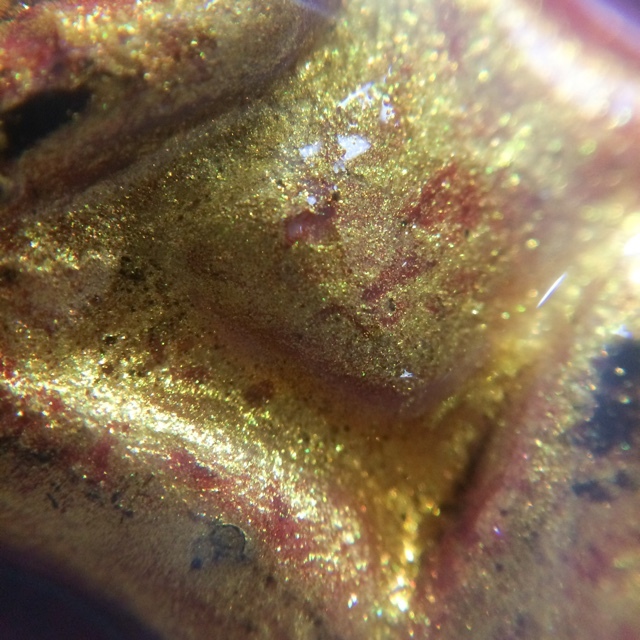 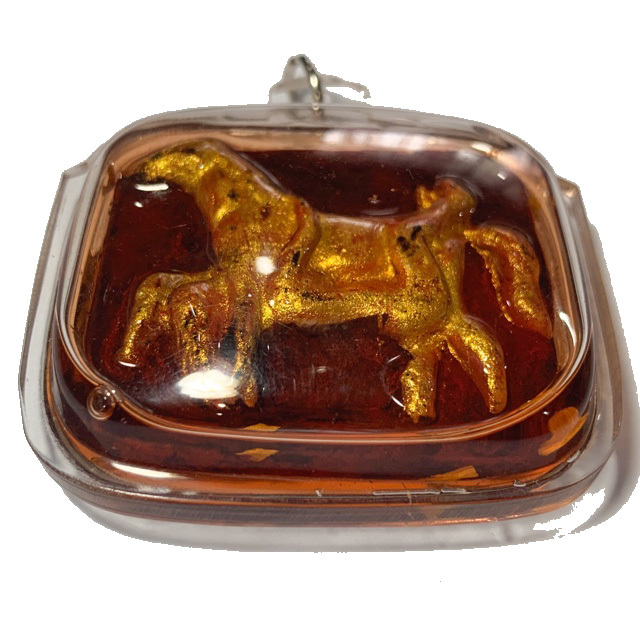 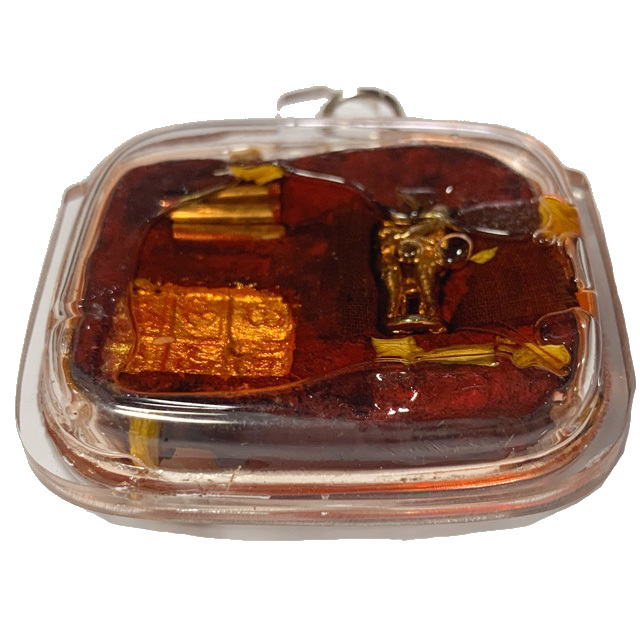 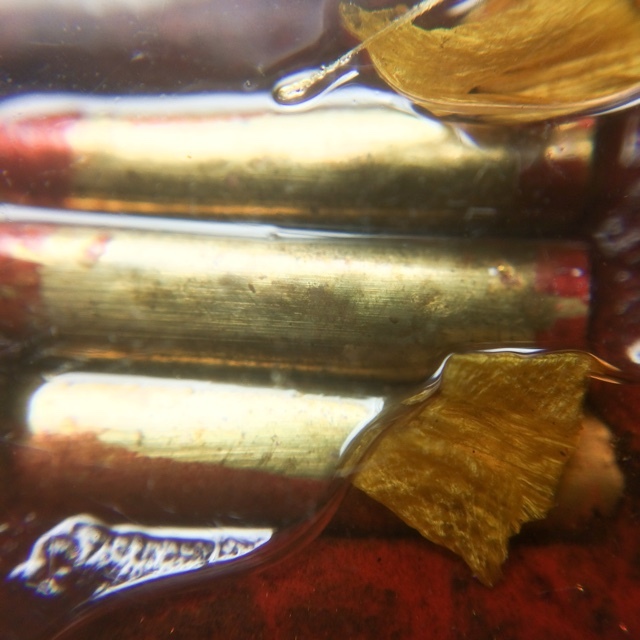 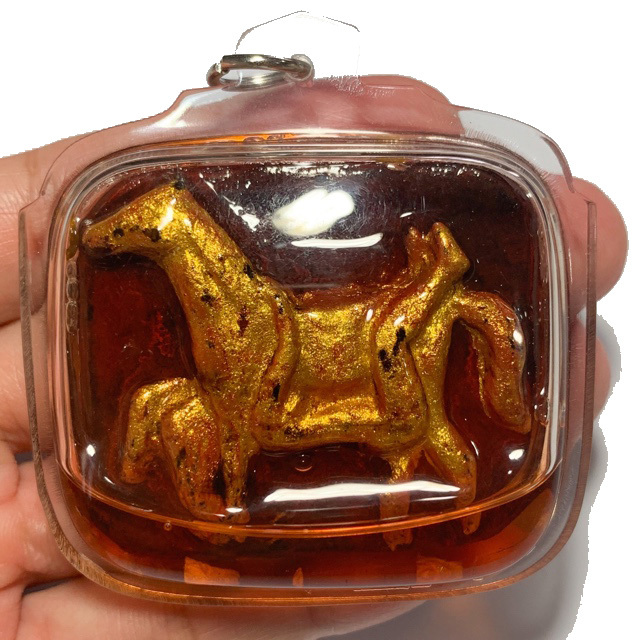