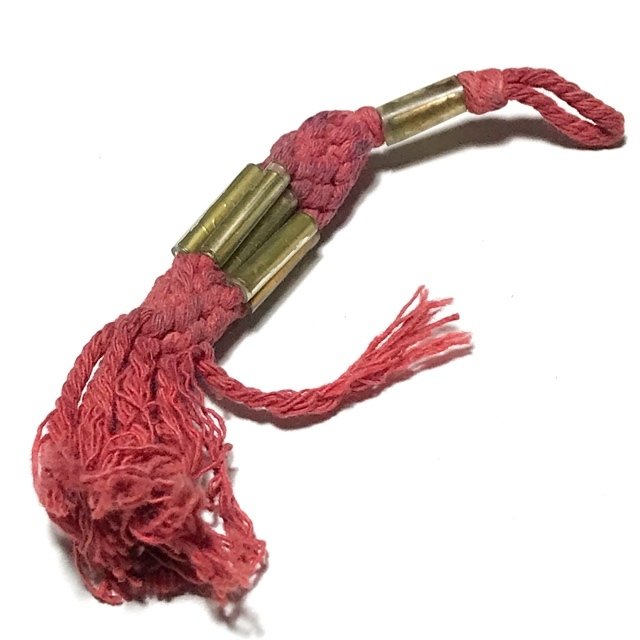 A Classic, and one of the most Famous amulets of the Great Kroo Ba Wang, the Takrut Gao Gum, made from Nine hand inscribed Yantra Spells with Incantations, and enchanted 'Daay Daeng Akom' red sorcerer's cord, empowered with the Ancient Wicha Lanna by the Great Guru Master Monk and Deceased Ex Abbot of Wat Ban Den, Luang Phu Kroo Ba Wang.

The Takrut were inscribed individually and empowered and bound into a ninefold Spell, in traditional style of this Northern Lanna Wicha, the this Great Deceased Master of Olden days. 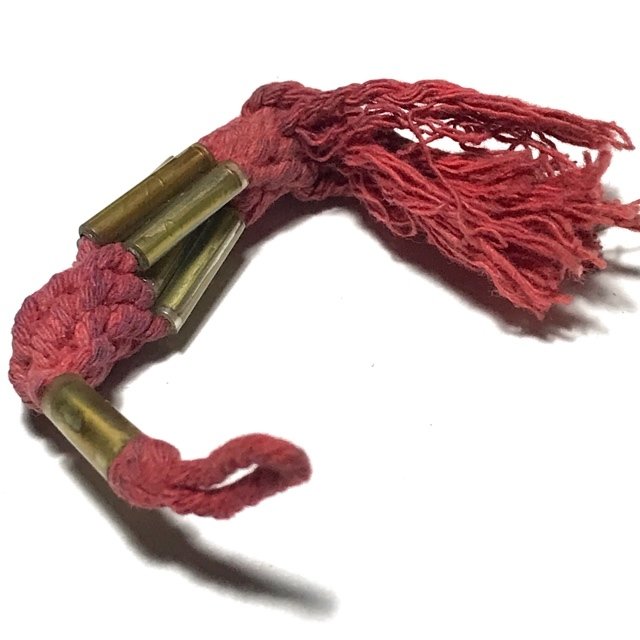 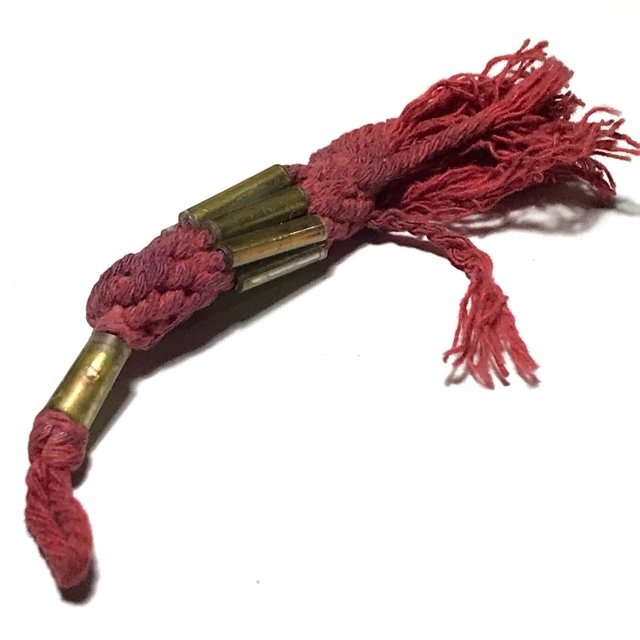 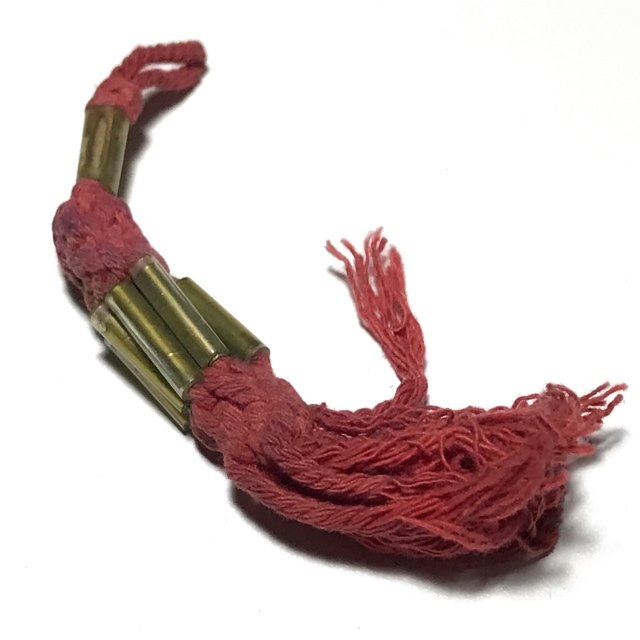 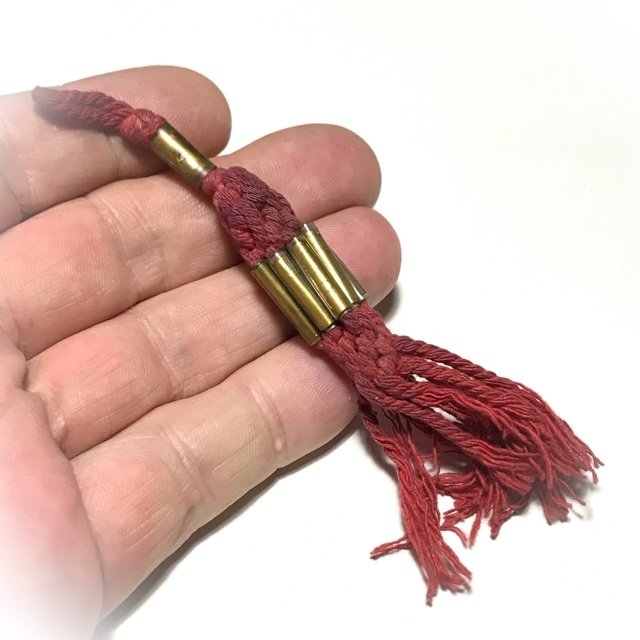 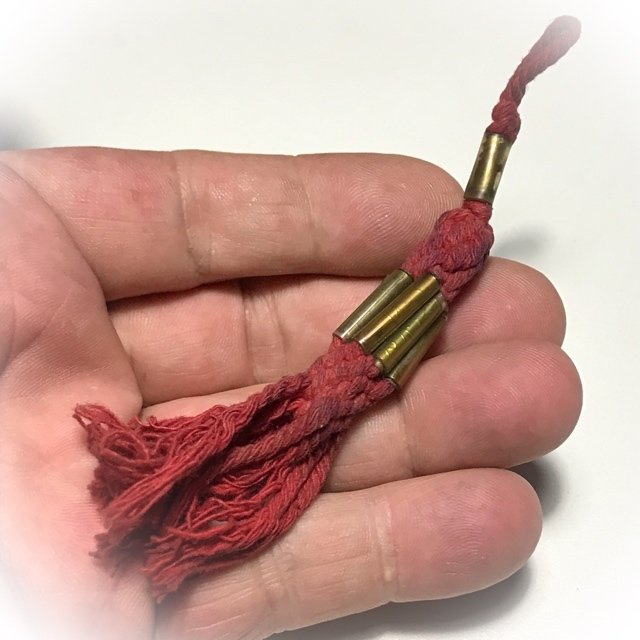 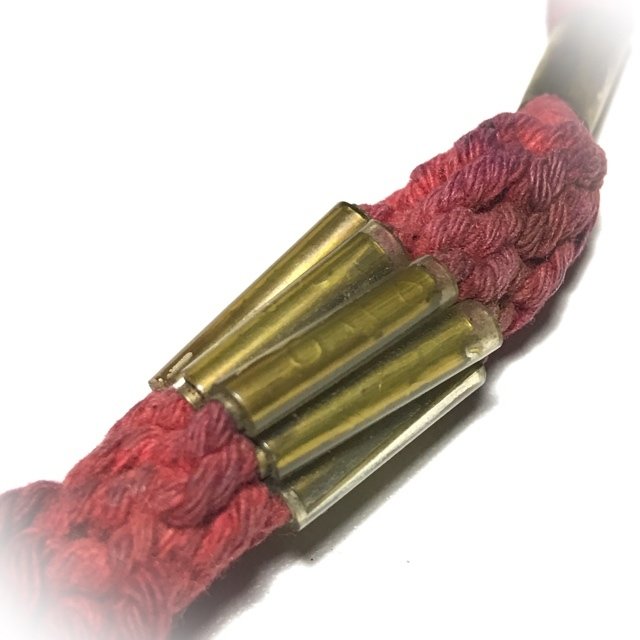 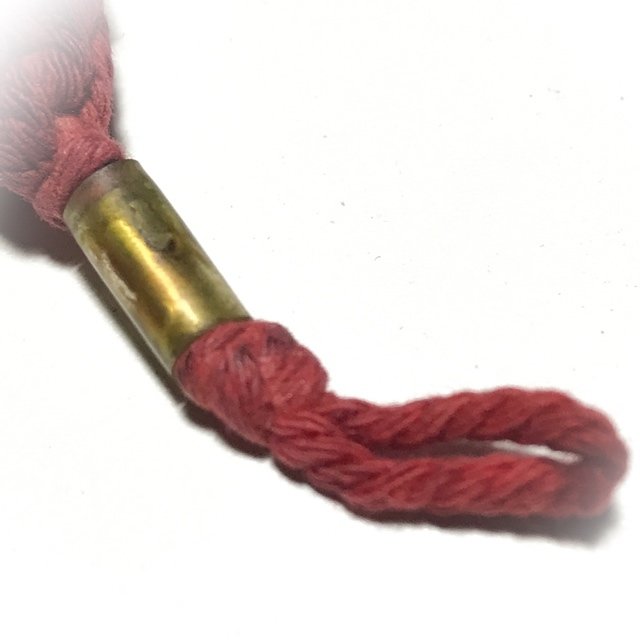 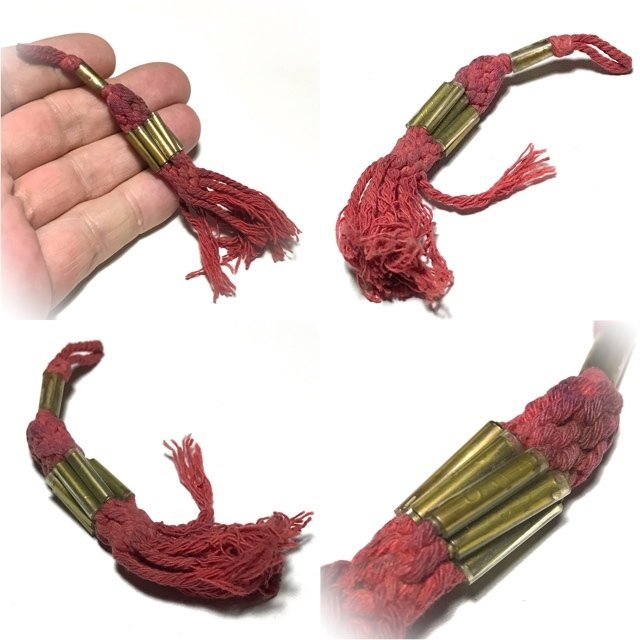