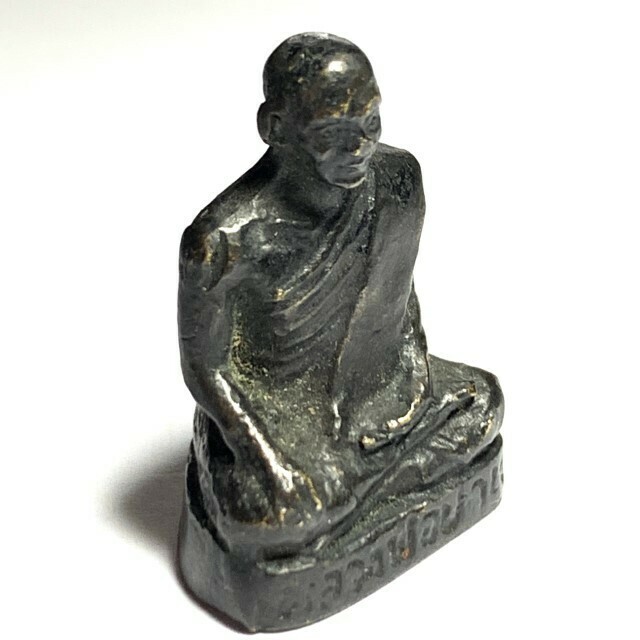 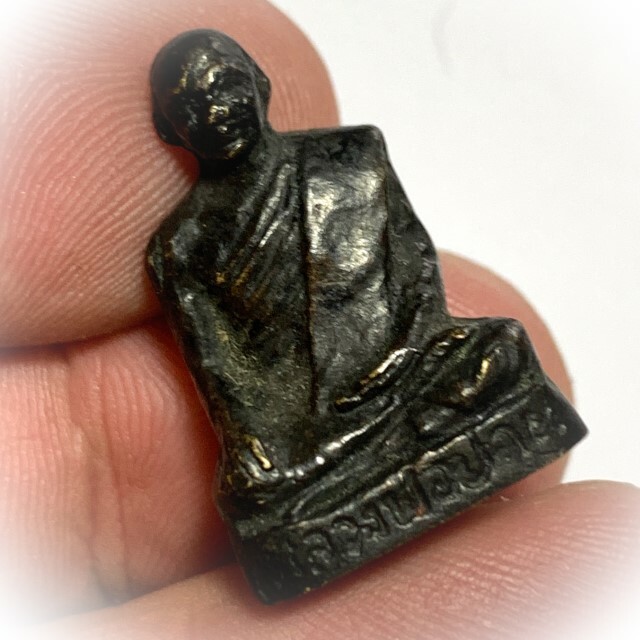 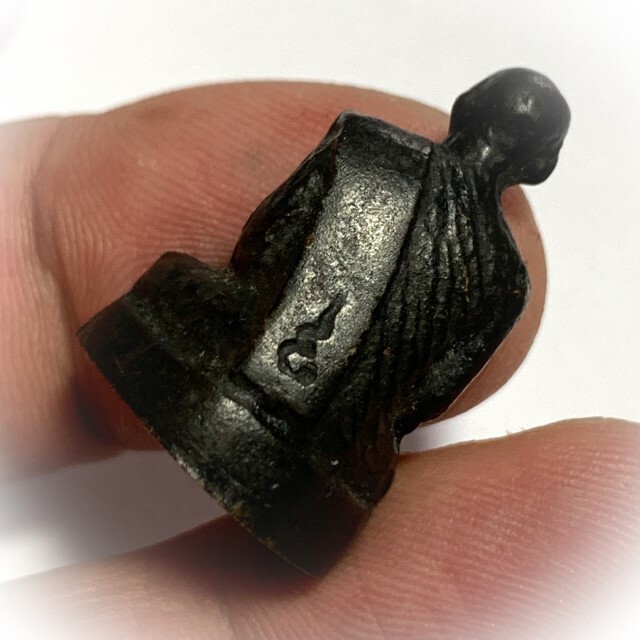 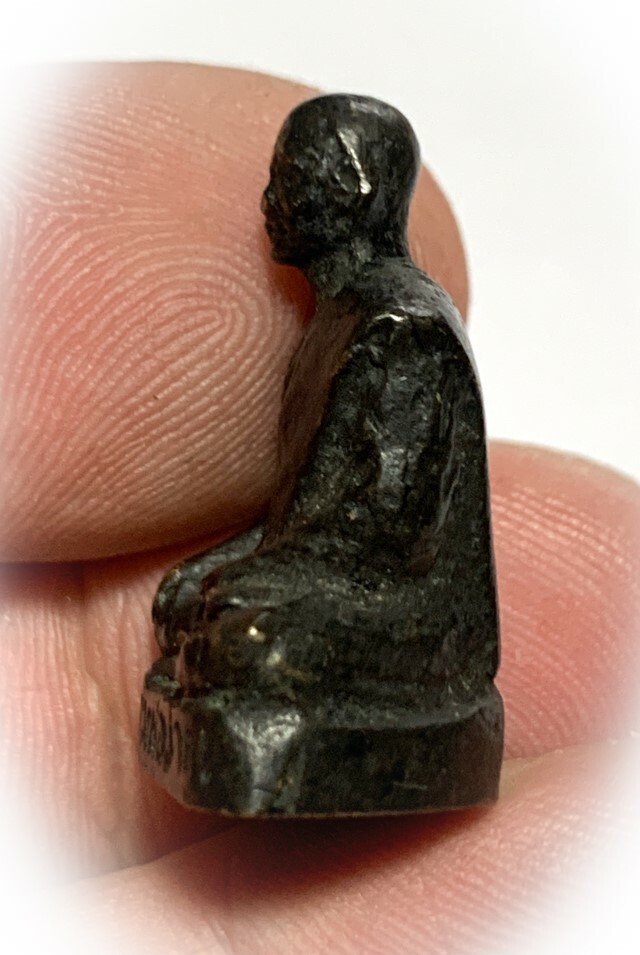 The amulet has a plethora of different magical powers and Buddhist Blessings, including Klaew Klaad Kong Grapan Chadtri, for protection and invincibility, Serm Duang Serm Yos for improving Karma and Professional Advancement, Maha Lap Maha Pokasap for increasing Prosperity and accumulating great treasured possessions, Metta Maha Niyom for Mercy Charm when convincing or pleading with others for their support, forgiveness, or favors. 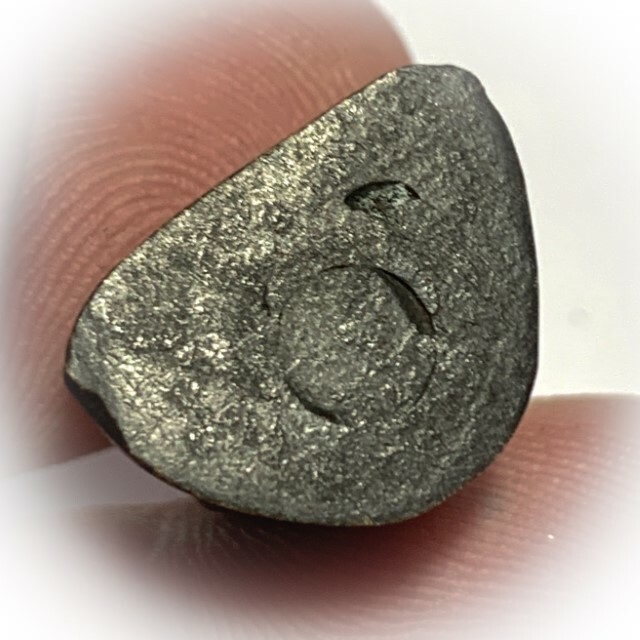 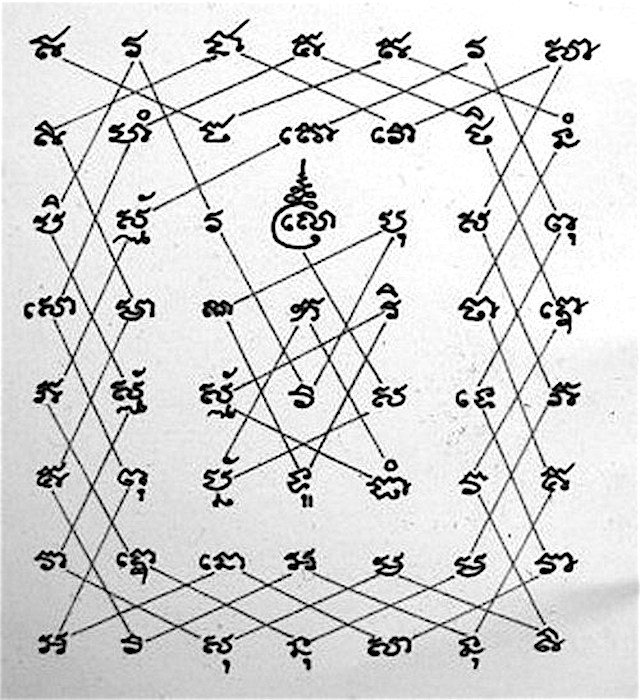 Luang Por Ruesi Ling Dam inherited the Wicha Yant Grao Paetch as Luang Por Parn's 'Looksit Aek' Prime first Initiate in Wicha, and most beloved well-practiced Looksit. Luang Por Ruesi Ling Dam became a legend and a highly advanced master in his own right, and is one of the most well remembered and highly revered monks in the History of Thai Buddhism to the present day. His magical amulets were only part of the reason for his great fame and popularity, as his Dhamma teachings, were and still are among the most supreme of all masters, and his Patipata (personal practice) was impeccable. 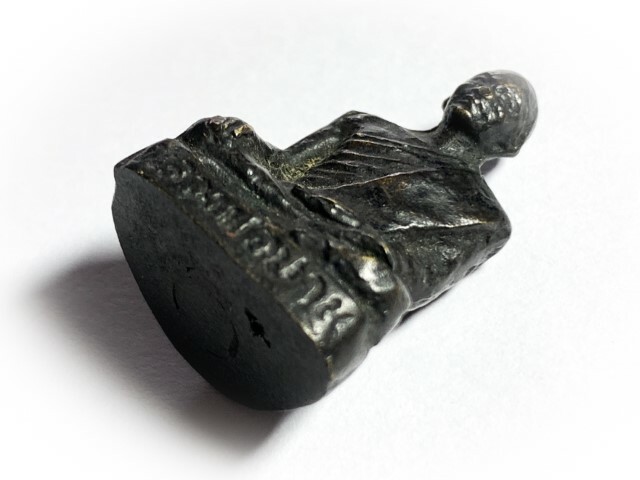 The Kroo Ba Ajarn of Luang Por Ruesi Ling Dam, Luang Por Parn, found this great Kata as he was meditating and a Yaan (or Ñana in Pali Panskrit), meaning supernatural sense, occured in his meditation. It told him that there was a special magical metal Plaque, which was hidden within the main Chedi of Wat Phra Sri Ratana Maha Taath, Supannburi province, waiting for him to discover. 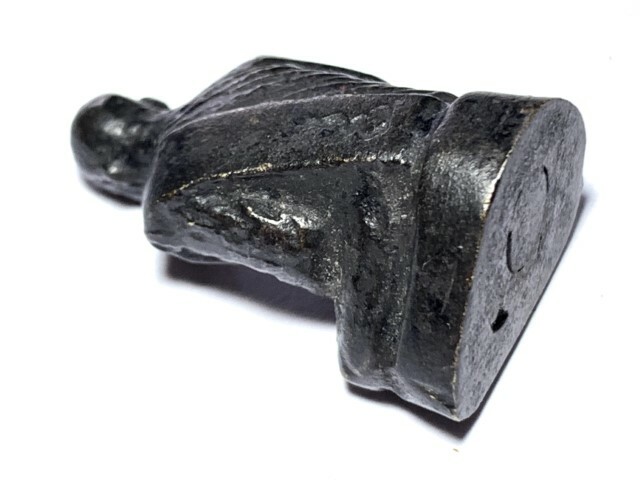 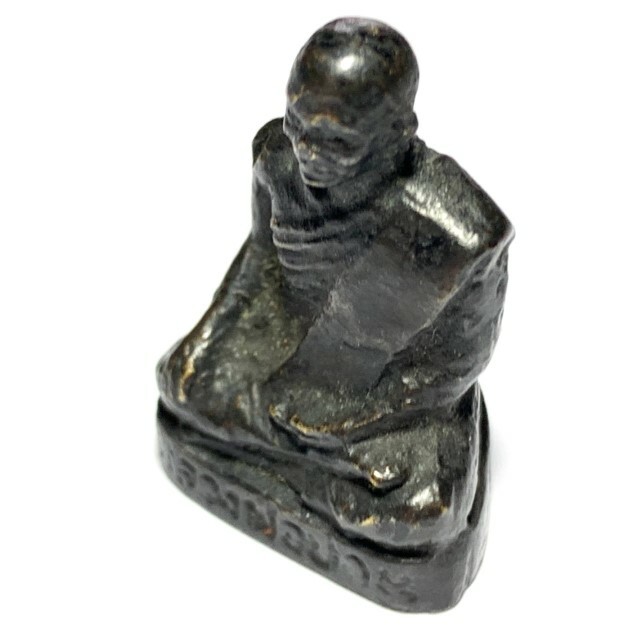 It is commonly believed that Luang Por Ruesi Ling Dam attained stream entry and later Arahantship during his life, which is something he tended to deny, or refuse to comment on when asked.However, his evasiveness in this matter has only served to increase the belief in his enlightened state of purity, because although he would never admit to being enlightened, he also refused to deny it outrightly. 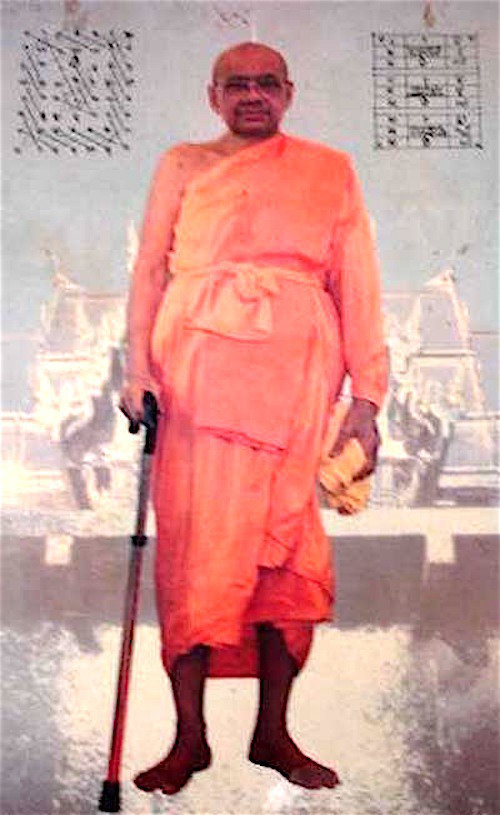 His reason for evasiveness was mainly to stress the point that 'Knowing if i am enlightened or not, is not going to change anything for you - each of us has to follow his own path of self discovery and attain it alone' He did not see any value in trying to know if another being is enlightened or not, and always pointed out in his own way to his devotees, that one needs to focus on one's own practice, not the practice of others. 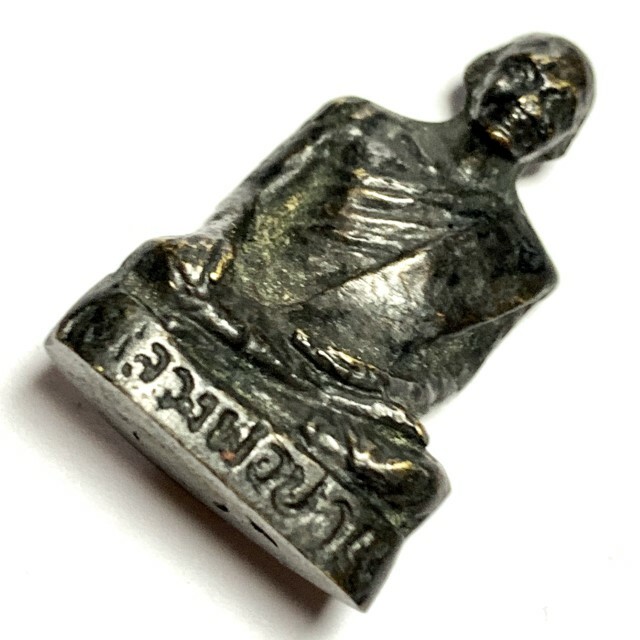 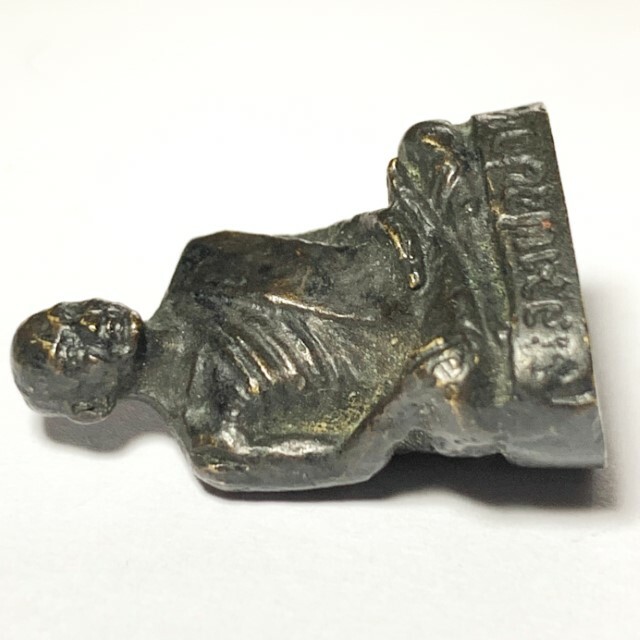 Luang Por Ruesi Ling Dam laid out some information for Bucha to all of his amulets; Firstly, before we undertake any of our duties or tasks each day, we must think of the Buddha and his Achievement, and to have deep respect in one's heart for the Buddha. If one does this in the moment before Praying to the amulet, and focus to pray maintaining this Respect and Wonder at the Buddha's Self Enlightenment as you pray, then the amulet will emit Massive Lap Sakkara Power, to increase your Social and Professional Standing, and the Aura of Grandeur. 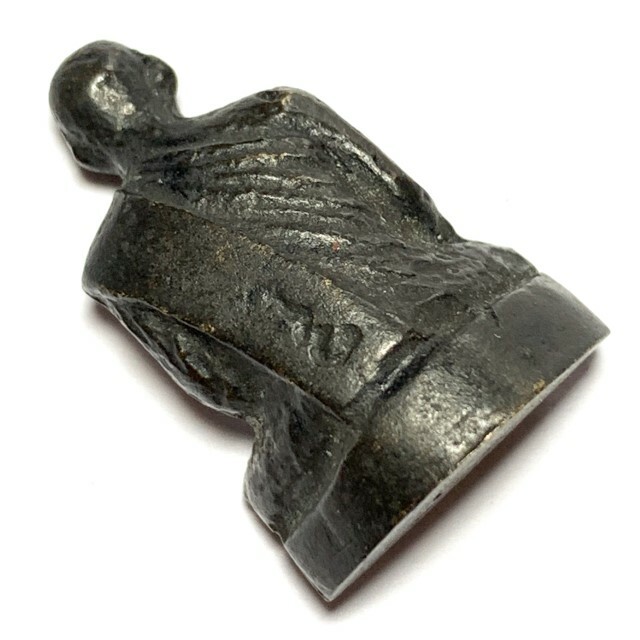 Then one should place the amulet between the palms of the hand, and raise between the eyebrows to the forehead, and Chant the Maha Namasakara 3 Times, after which, one shold say "Today, i ask for ..... (whatever it is you wish for).. Blessings". If we are able to focus on and believe strongly in the Buddha's Enlightenment and Call Upon His Merits to assist, then this is considered to be Buddhanisssati Kammathana - a Kind of Meditative state likened to, or equal to that known as 'Jhana' (absorption). This is the state of mind that is necessary to activate and call up Miracle Powers, and is tantamount to Pure Faith, which is also a kind of Focused One Pointed Concentration, Absorption, or 'Jhana'. 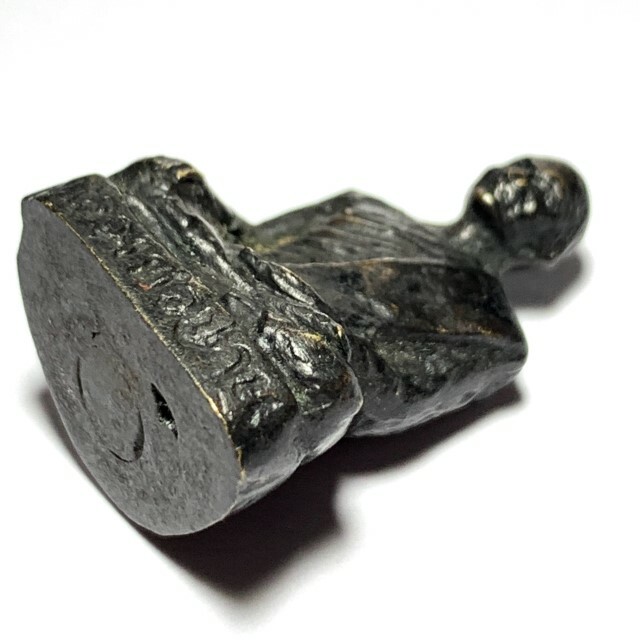 One should also of course think of Luang Por Ruesi Ling Dam when Praying. It is this element of the Practice of Faith reverence in Guru Worship that gives Classic Amulets from great masters the edge over many standard issue amulets, for it is the Faith that the Master instills in the heart of the devotee (the wearer of the amulet), that increases the Power of Absorption, for it is much easier to feel Faith and Confidence from an Amulet that was made by a Guru Master that we all know of and is Legendary, and whom we believe in his teachings. If we do this every day before undertaking our chores and duties, we will have Great Success and Achievements coming our way. 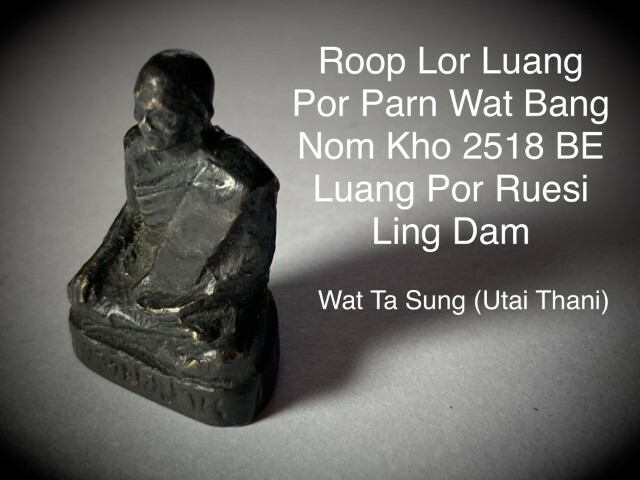 The Buddhas of the Ages will descend and Guard over You who pray correctly to this amulet. Use the Kata Yant Grao Paetch Use the Kata Ngern Larn (Millionare Kata for Riches), as given by Luang Por Parn, and Luang Por Ruesi Ling Dam, to empower the amulet with Maha Lap Magic and call great wealthy Fortunes to you. 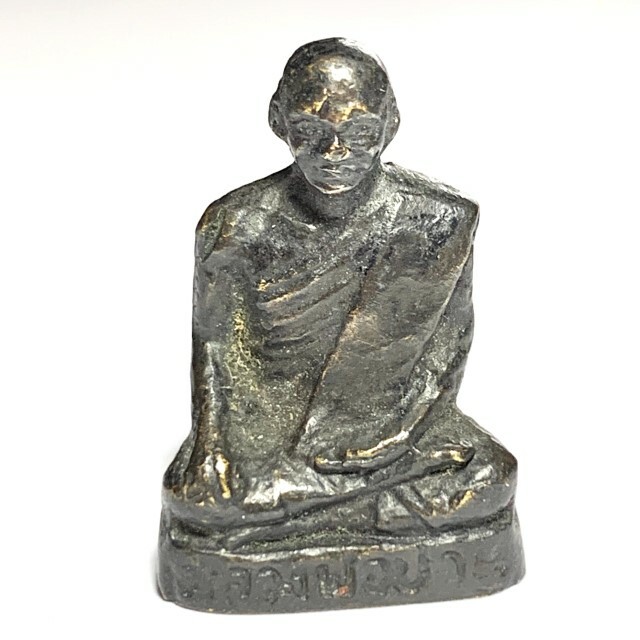 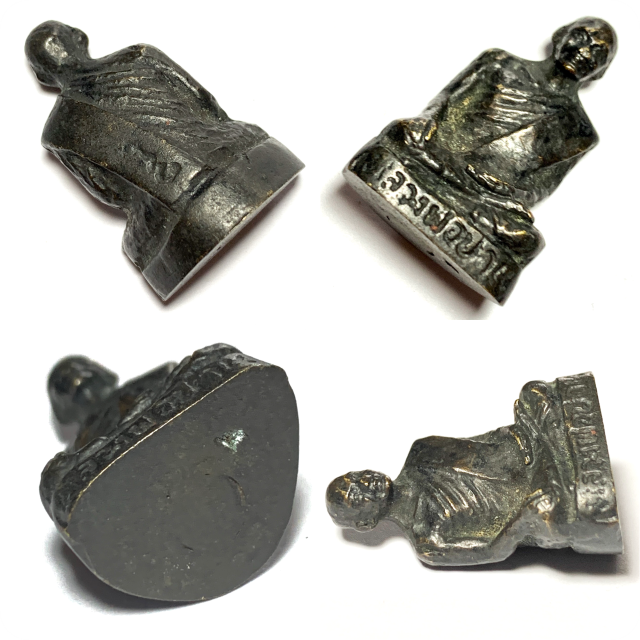