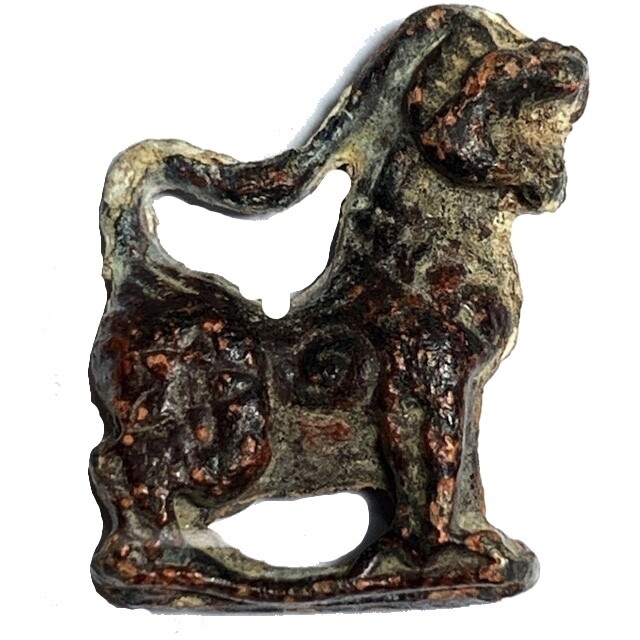 One of the most highly sought after and extremely rare early era metallurgical alchemy amulets of Luang Por Guay Chudintaro, of Wat Kositaram; the Singh Kor Yaw long neck Singha Himapant Lion cast metal statuette. This Pim is in Nuea Dtakua Sanim Daeng, sacred Alchemical Leaden Alloy with red rust 'Kraap', which is most preferred, for the fact that this series was cast by Luang Por Guay himself with his own hand. This particular exhibit is of immense beauty with the Sanim Daeng rusty Kraap Kru lending a deep luster to the surface sheen. The Rachasri Lion is representative of Maha Amnaj Commanding Power and Intimidating Aura. The Paya Rachasri Phone (also called Rachasri Bpon Hyuea) amulet endows the wearer with Protection and Commanding Power, Social and Professional Status, and Good Chances of Promotion through the Aura of Respectability and Personal Power. 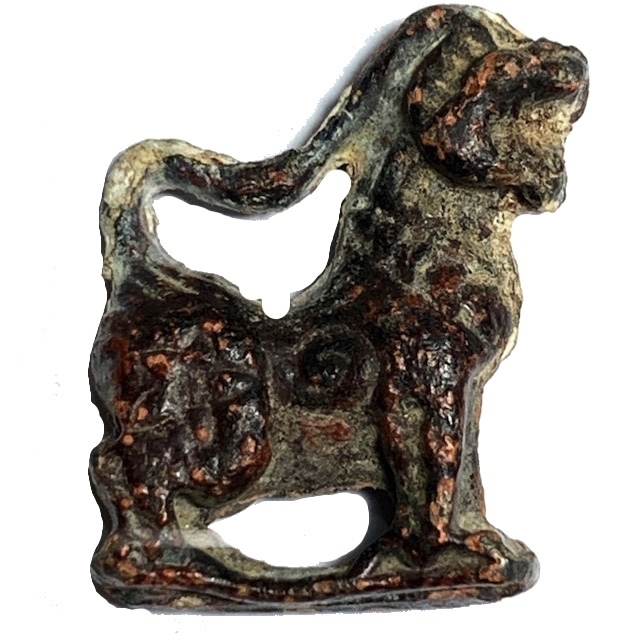 Free Registered Air Parcel Shipping Worldwide is included with this amulet.The Rachasri in Mercurial Leaden Alloy, and with Sanim Daeng red rust Kraap residues, is considered among the most original and beautiful, for it was the only edition cast and designed by Luang Por Guay, whereas all other series editions were commissioned by an artisan. Also highly regarded for its Alchemical Mercurial Alloy with Powerful Elemental Magic, considered to be an extremely powerful conductor for Magical Energies.

The Rachasri Lion is a King Lion of the HImapant Forest, and has appeared in a multitude of Thai Buddhist and vedic Myths and Legends, including the Ramayana and the Thai Ramakien Epic. His great Metta as well as his Bravery is always revealed in the legends. The Singha and the Rachasri Himapant Lions are an Animist Deity from Vedic Lore that has been an integral part of Thai Buddhist People's belief since the advent of Buddhism. 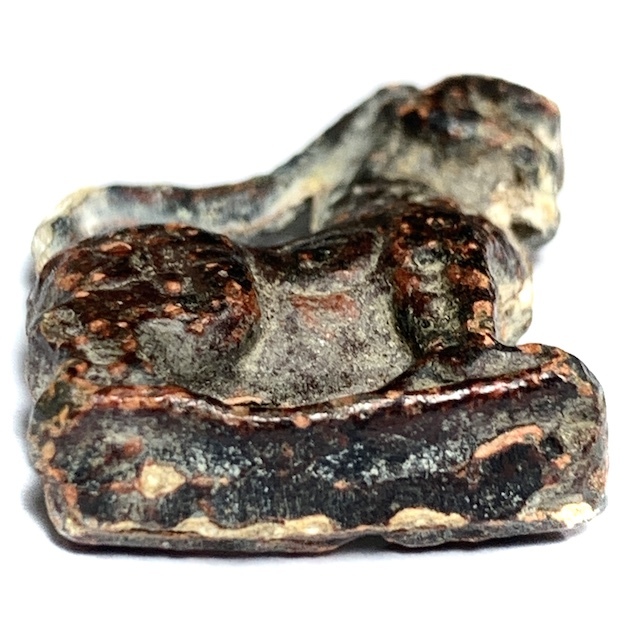 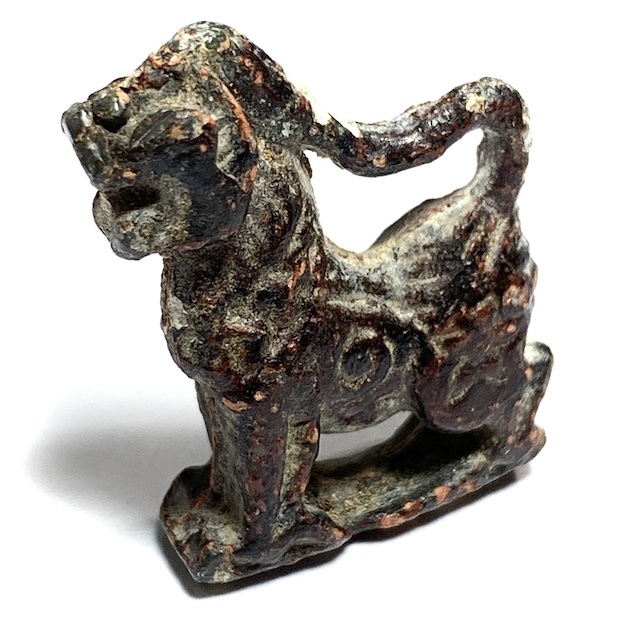 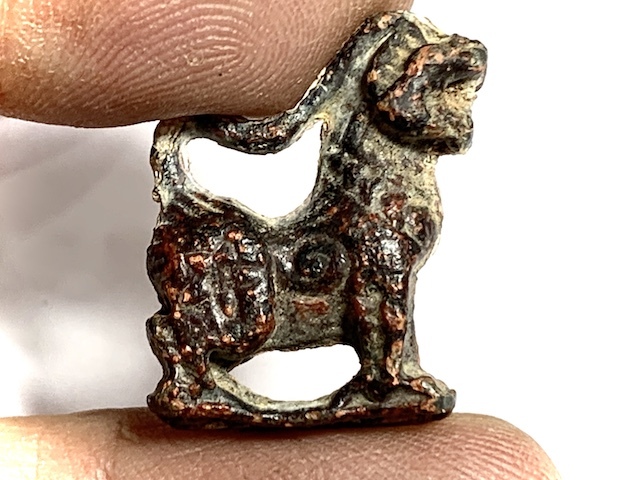 Luang Por Guay Chudtintaro (2448 BE - 2522 BE) was a powerful Sorceror Monk and Sak Yant Master with infamous powers of Kong Grapan Chadtri and Klaew Klaad Magic, whose large pantheon of Buddhist Votive Tablets and Krueang Rang Talismanic Occult Charms are amongst the fastest disappearing amulets of the Present Era, since a massive increase in faithful devotees in recent years, have depleted the majority of his more well known and popular amulets from public circulation. However, for those who seek his sacred blessings, there are many editions of amulets which Luang Por Guay blessed with other Masters at different temples around Thailand, many of them of a highly affordable price. But Niyom Class Preferred models such as the ultra-rare Singh Kor Yaw, are among the most difficult to encounter, and extremely prized by devotees and collectors. 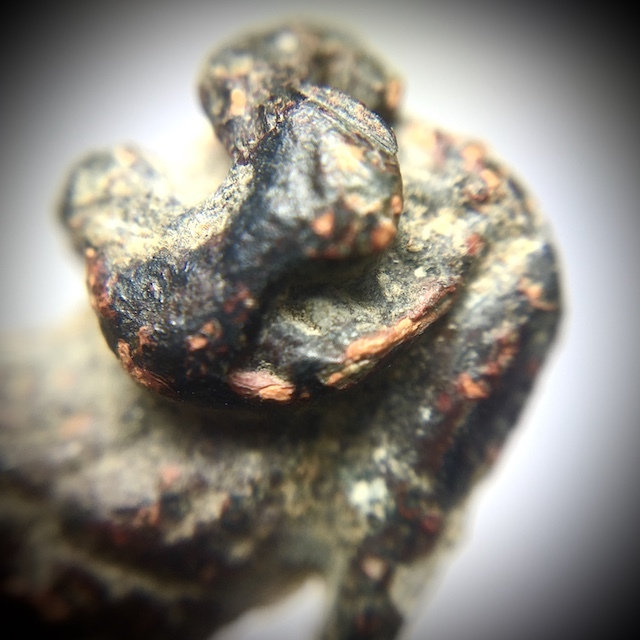 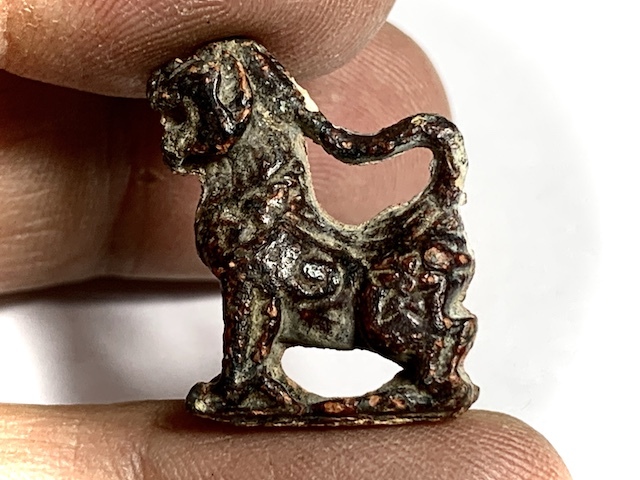 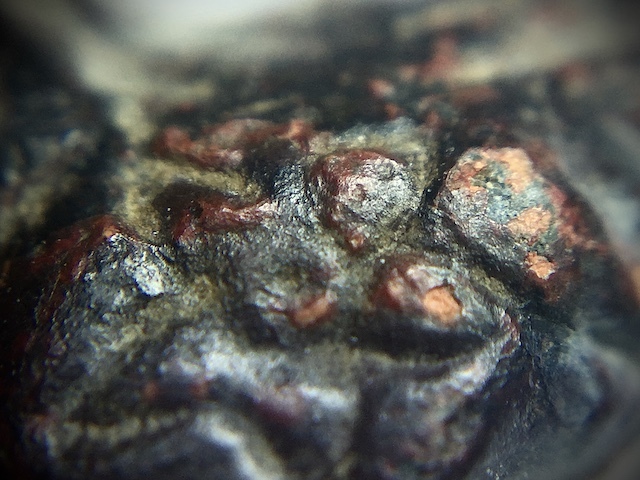 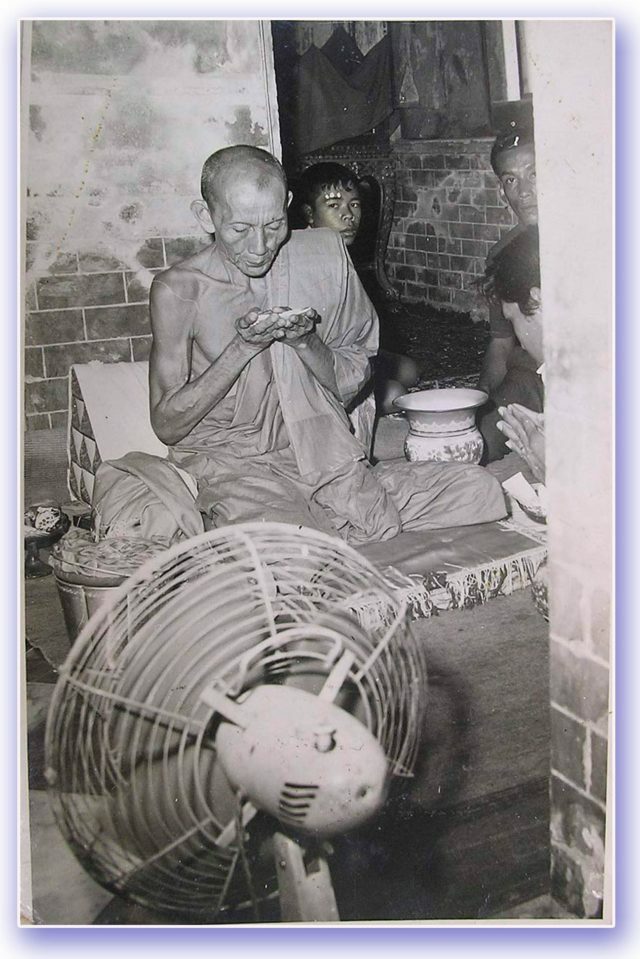 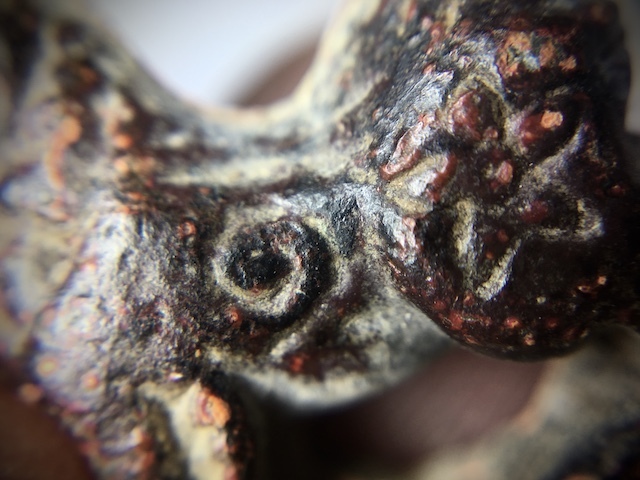 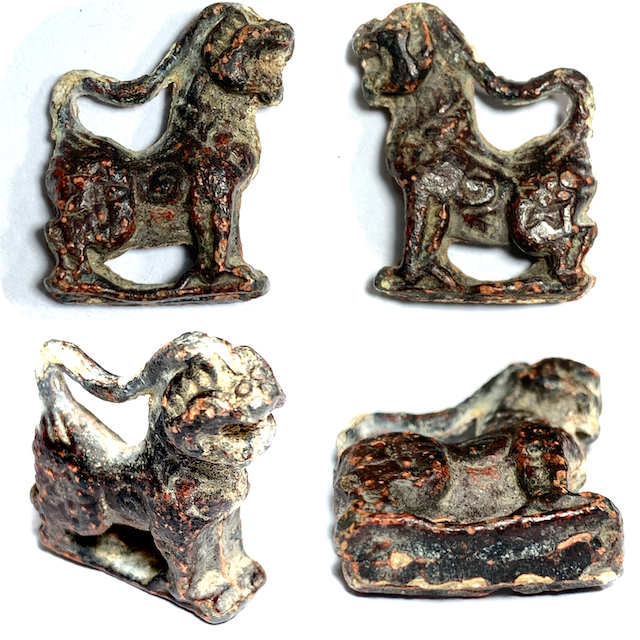