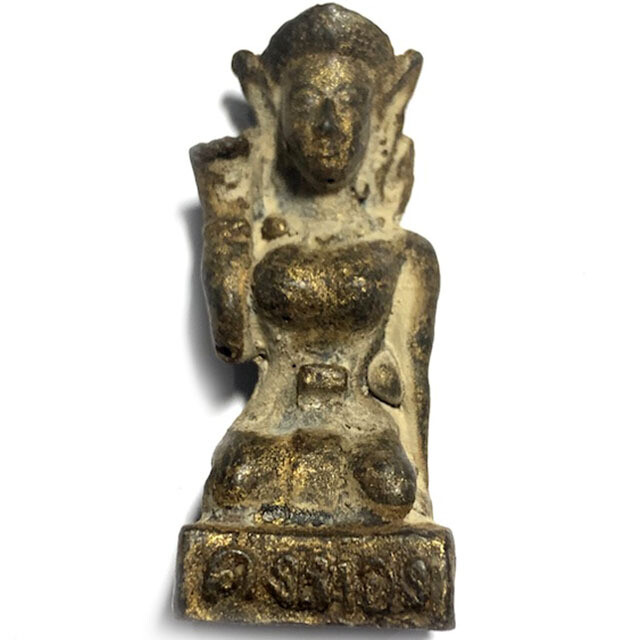 A very rare and exquisitely designed antique Sacred Pra Nang Kwak Supawadee Merchant's Daughter Loi Ongk Statuette in Ratanakosin Ayuttaya Era style of Buddhist Art, from the Great Olden Days Master of Kumarn Tong, Pla Tapian and Wicha Nang Kwak, Luang Por Te Kong Tong, deceased abbot of Wat Sam Ngam. The statuette is usable as a mini Bucha statue for altar placement, on the cash till in your place of business, on the car dashboard for travling salesperson, or even for wearing as a portable amulet. 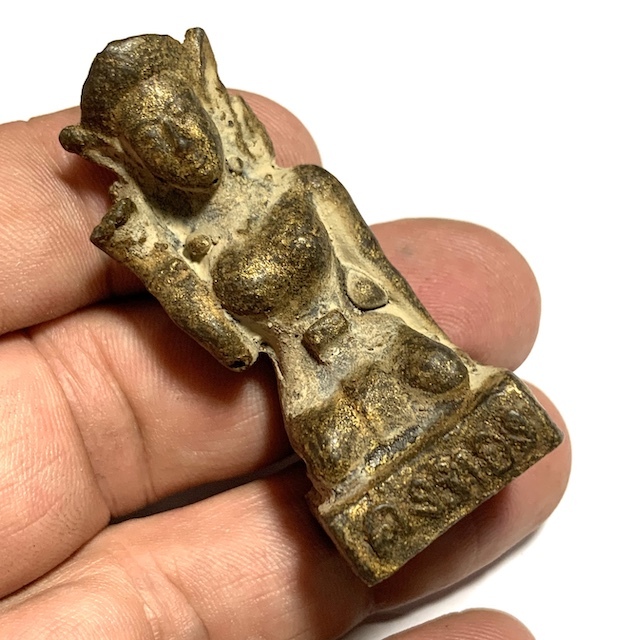 Free Registered Airmail Shipping Worldwide is included with this amulet. This antique Nang Kwak statuette is typically fashioned in Luang Por Te's Ubiquitous style, but is special in the fact that its design is of higher artisanship than many models of this Master, which have less detail, with hand molded roughly hewn features, as was the way in olden days. 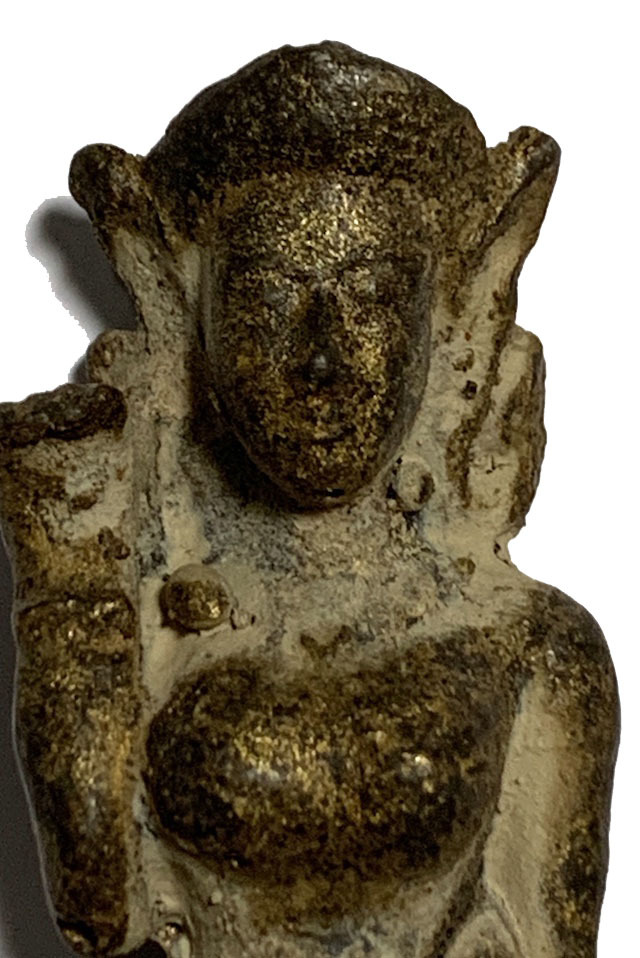 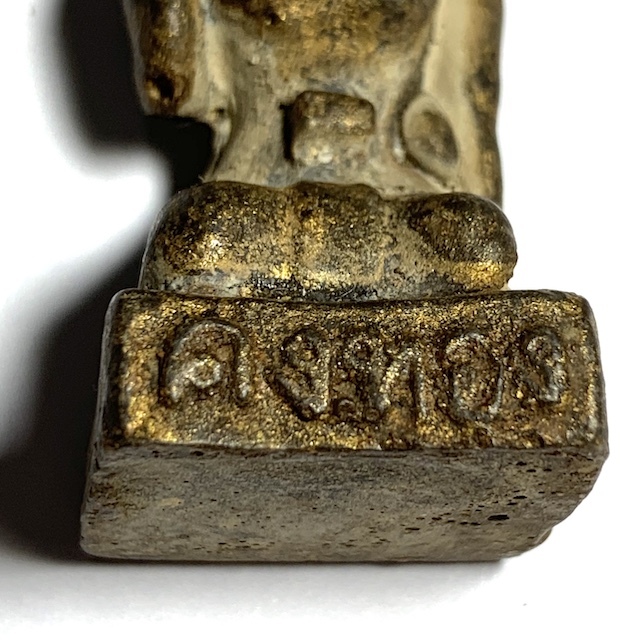 The base of the statue has the words 'Kong Tong' embossed on front, and 'Te' on the rear, which is a common signature seen on amulets and statues of Luang Por Te. 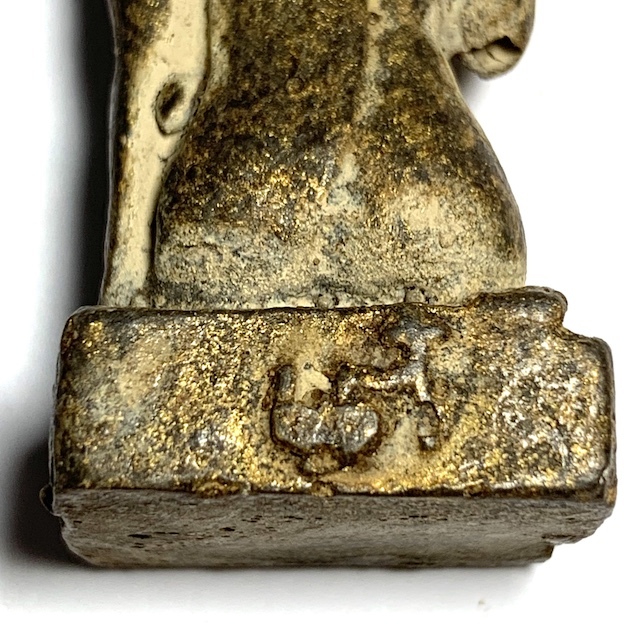 Luang Por Te was a Great Sorceror Monk of the Second World War Era who had learned powerful Wicha Kumarn Tong from Khmer Sorcerors of the Lay Tradition, and was the direct Wicha inheritance Master apprenticeship holder of Luang Por Ta, of Wat Paniang Dtaek, and Luang Por Chaem, of Wat Ta Gong. He was present on many of the Greatest Blessing Ceremonies of amulets in Great temples around the country, almost always invited for his Powerful Wicha. He was regarded as the world's number one top master of his day for Wicha Kumarn Tong. 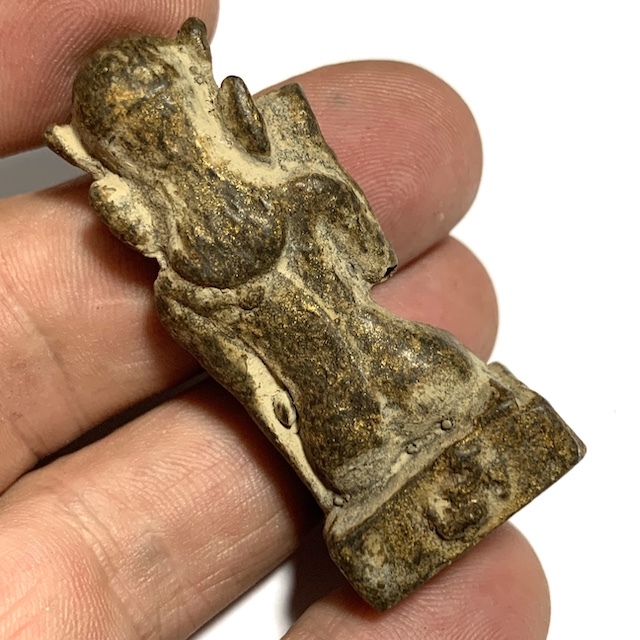 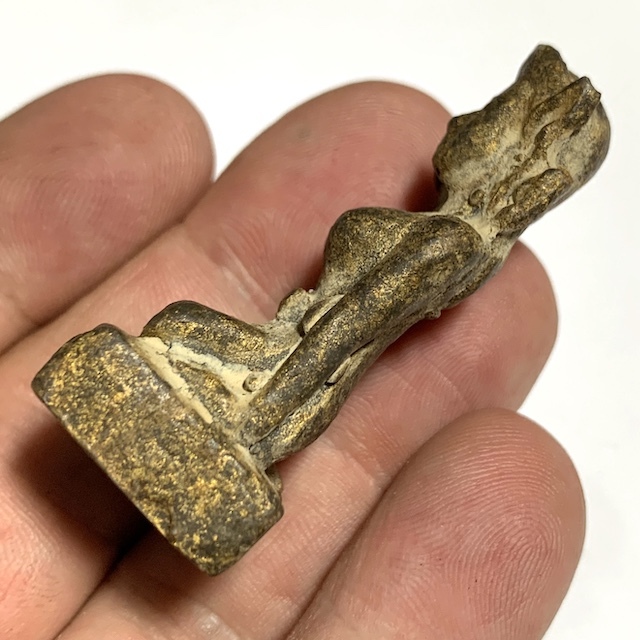 Also, Incense, and flower garlands are offered to please Nang Kwak, and bring customers and make sales. Kata Nang Gwak is used when paying devotional merits to Nang Kwak, who is used in the place of business to increase the amount of customers and sales you may ingress. Nang Kwak is seen to be worshiped in most business establishments in Thailand, as Magical Yantra cloth or more often than not, as a statue, or statuette. 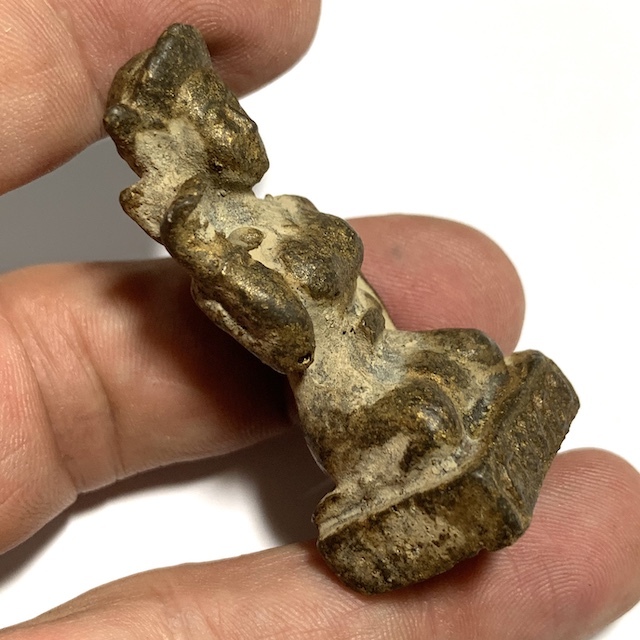 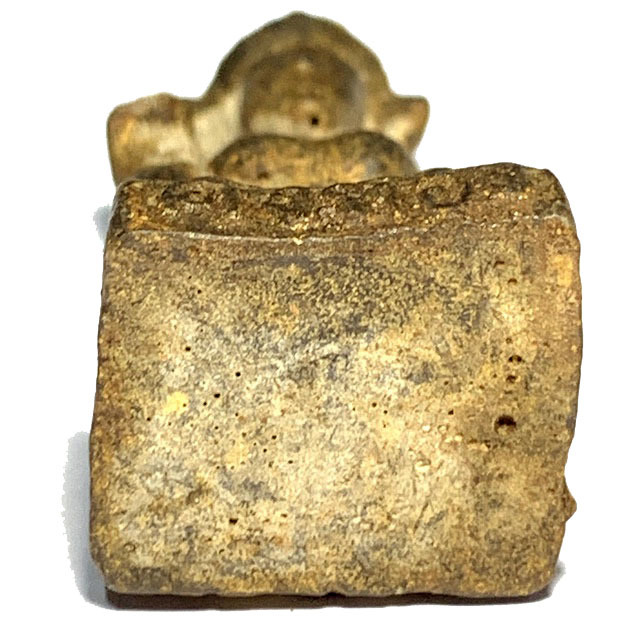 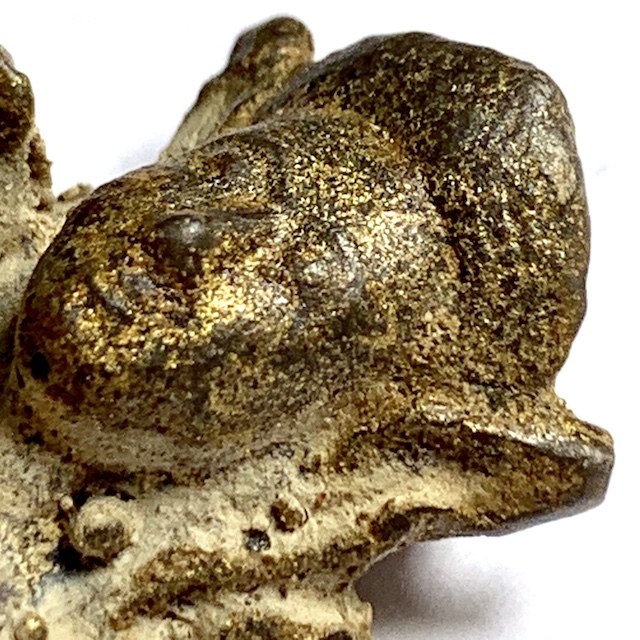 Thus it began, that the legend of the Kumarn Tong Luang Por Te was begun. Although Luang Por Te was and continues to remain world famous for his powerful wicha Kumarn Tong, Luang Por also made a vast array of other amulets, almost all of which are popular and considered very powerful. He made many types of Takrut (especially famed for the Tiger Forehead Takrut), See Pheung and Nam Man Prai, Sacred Powder amulets, metal coins, occult charms, Pha Yant (Yantra Cloths), and varuious kinds of Bucha statues. His power of Kong Grapan Chadtri, Klaew Klaad, Maha Lap, Kaa Khaay, Maha Pokaap and Maha Amnaj, also enjoys legendary status and world wide fame. 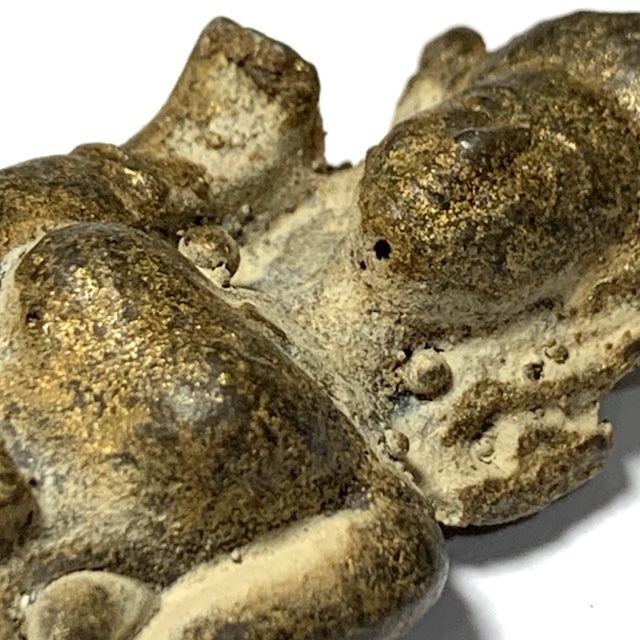 He never really focused much on finding special artists or developing any kind of fine Buddhist art out of the amulet design, rather focused entirely on the empowerment and gave little importance, or at least second place, to the elegance of design or features of his own hand made amulets. However the 2505 BE Edition, and the Monk Coins which were designed by Qualified Artisans, reflect a very high standard of Artistry, and are Important works of Miniature Thai Buddhist Art. there are however a few editions where some very beautiful models were made, such as his edition of earthen baked clay Buddha Images. 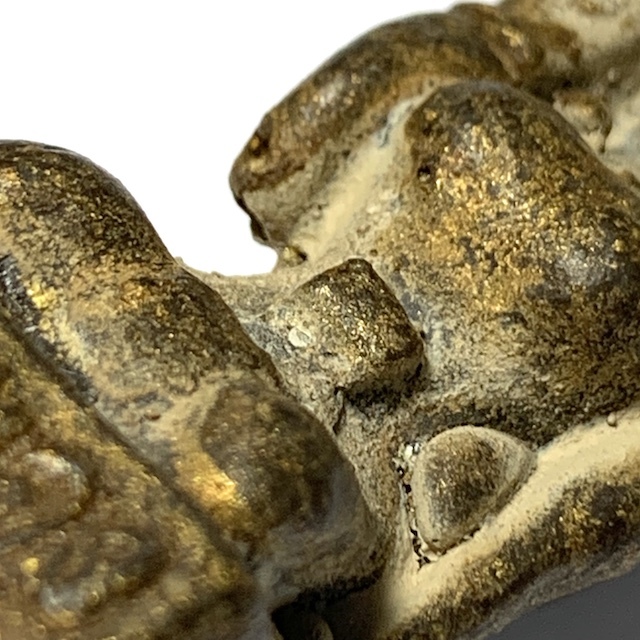 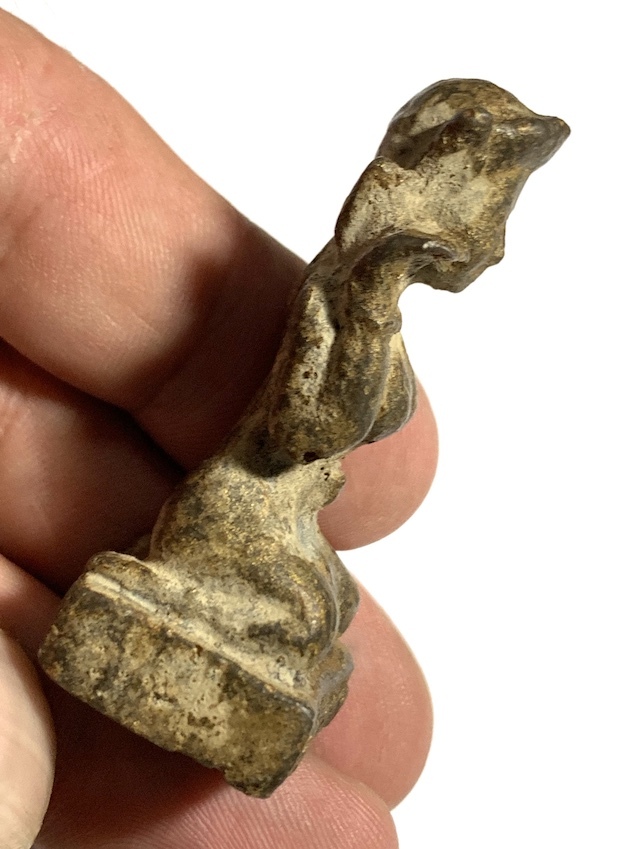 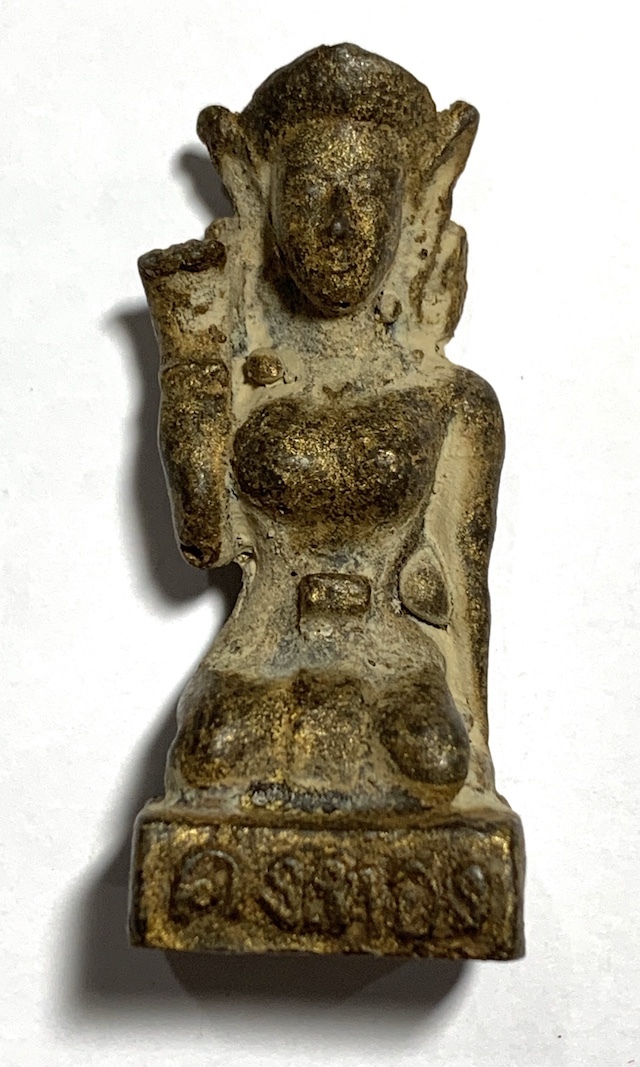 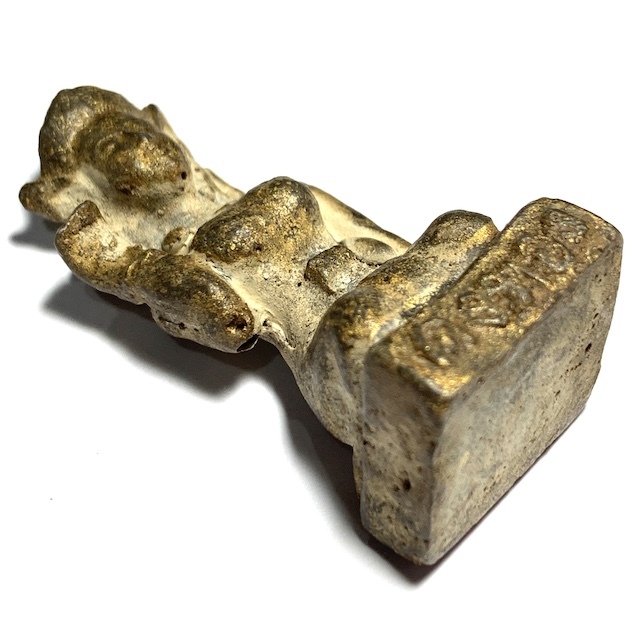 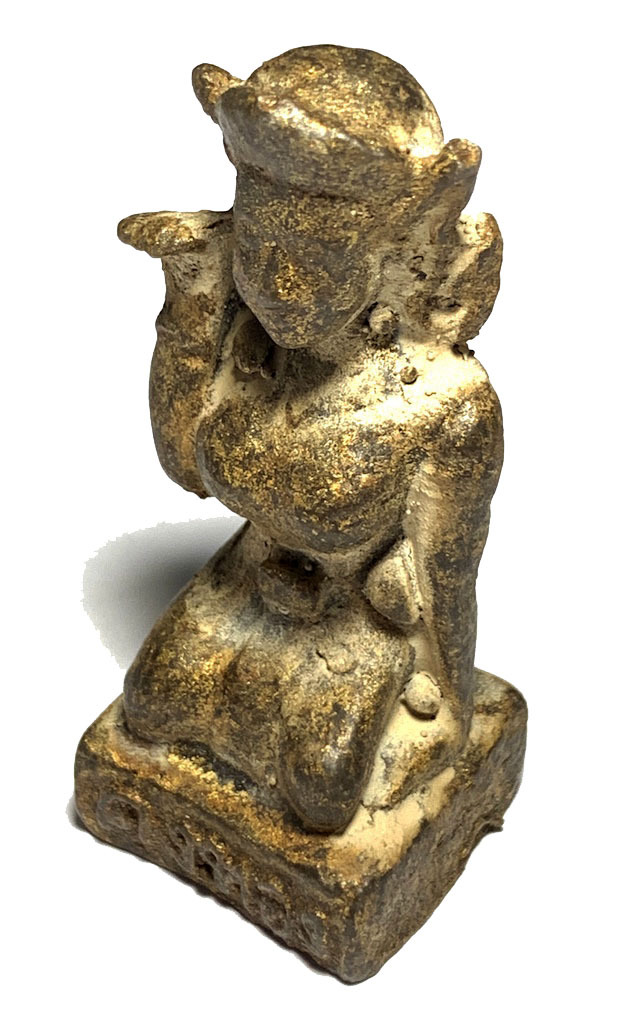 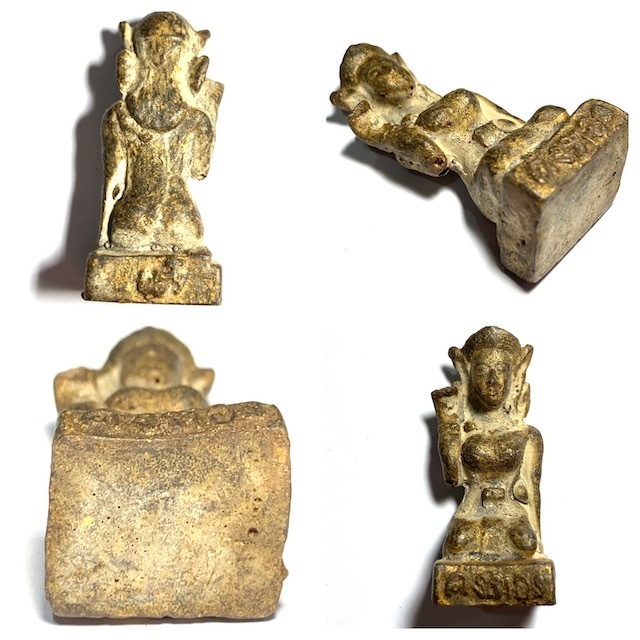