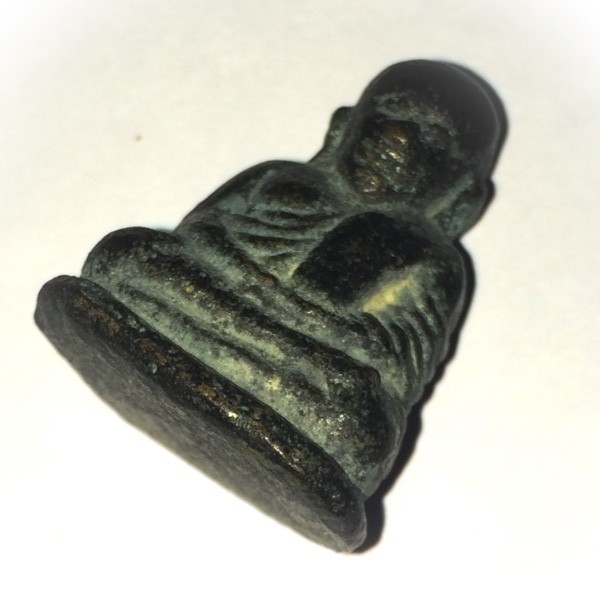 'Pra Kroo Wiriya Gijapirat', the Bishop of the Municipality of Ta Bua, and the Abbot of Wat Luang, comissioned these Luang Por Ngern Loi Ongk Roop Lor statuettes to be made using Ancient Buddha Images and amulets found undergroiund around the temple over the centuries.

These Buddha Images and Ancient Amulets, were collected and smelted using the proper ceremonial rituals for the casting according to the Vedic Dtamra Saiyasart and the Invocations of the Buddha Abhisekha ceremony, seen by most Buddhists as the Monks' Blessing upon the amulets, but which indeed, is the chanting of the Dhamma Chakra, and is the Ritual for the Opening of the Eyes of the Buddha.

This particular edition and model is a definite Pra Niyom category amulet of increasing Upper-Mid, to Lower-High End Master Class status. Do not let its lower price decieve you, this is one of the most recommendable Sacred Amulets you could spend your money on, and in truth, should carry a much higher price than its current one, which is in no way reflective, or representative of its status or sacred value at all. For this reason also we recommend this amulet as a most affordable sacred image that is unbelieveably still so affordable, despite its fame, high status and rarity. 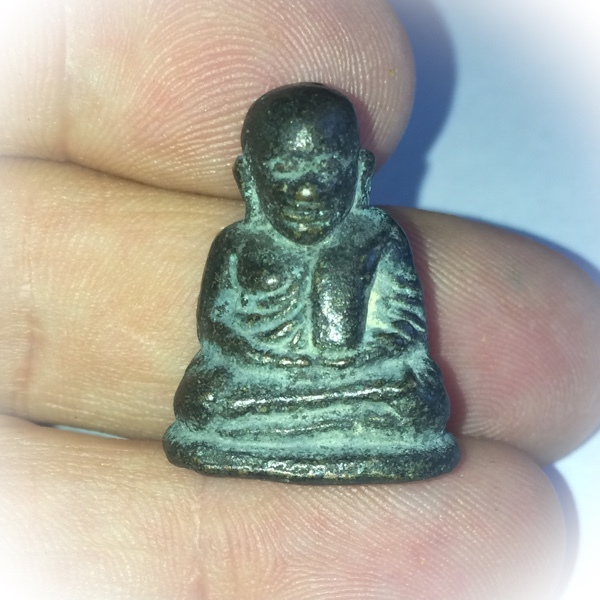 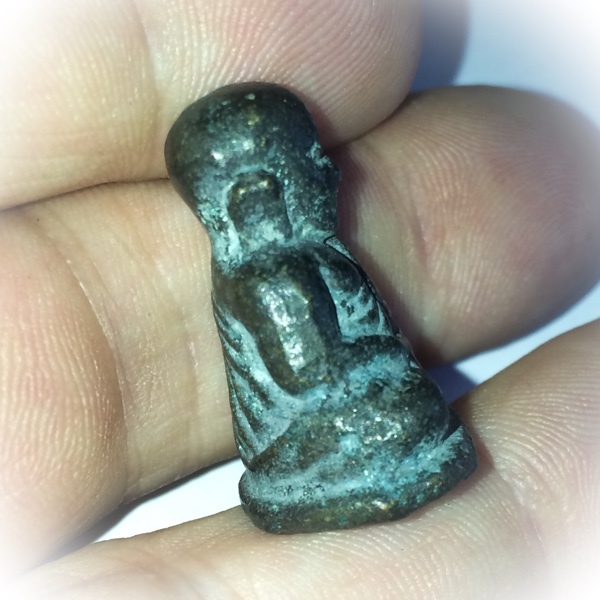 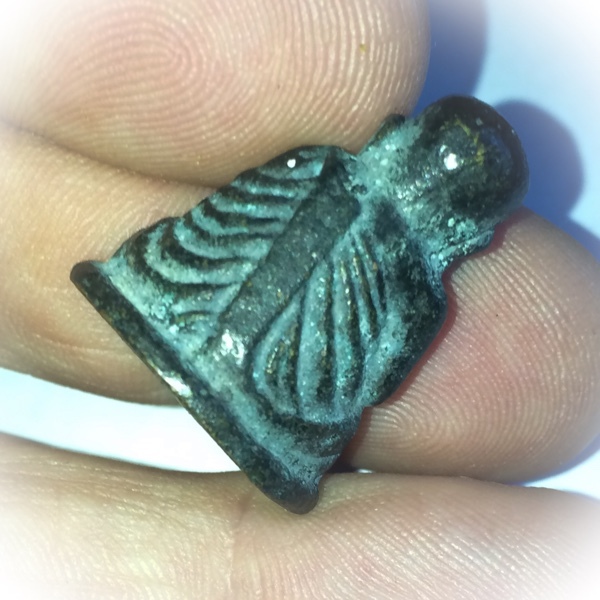 This amulet is considered somewhere in the mid range, not yet beyond the affordability of most collectors, but is seen as a Sacred Amulet of High Collectibility, and Rarity, that must and can only be destined to become a major Classic, more than it is already, and is most definitely certain to raise in value manyfold in less time than most other amulets. Luang Por Ngern Amulets are depleted in every single edition made to date, and are certain to become almost unavailable except for thjose eagle eyed amulet hunters like our proprietor, Ajarn Spencer, who is always on the lookout for thse precious, and rare amulets. 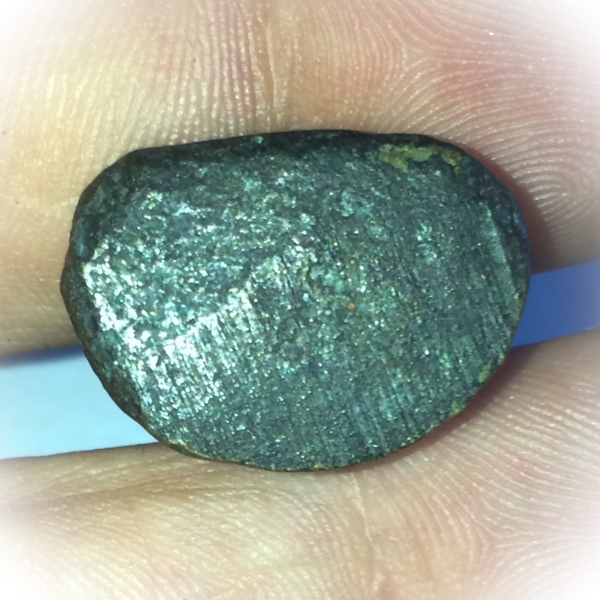 The base of the amulet has 'Roi Tabai' file markings, which are typical to this Era's smelting and casting methods, and also reveal the authenticity of the amulet. 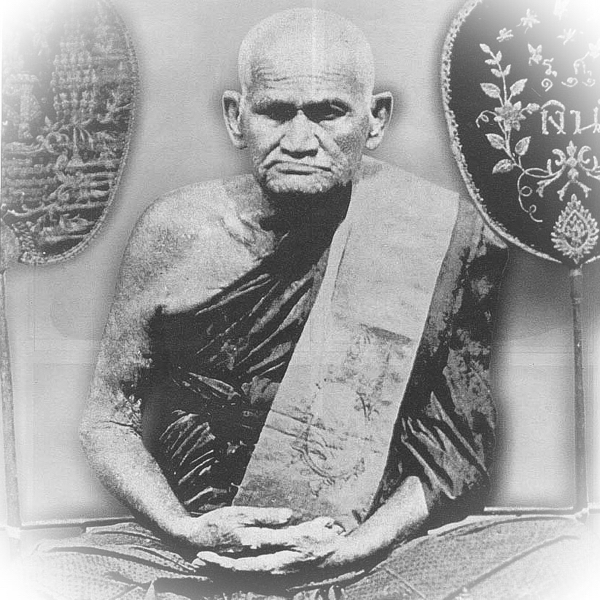 The Buddha Abhiseka Ceremony was performed on the 20th of April 2531 BE, whereafter, Pra Kroo Wiriyagijapirat then passed the amulets through a total of nine full Buddha Abhisekas, to finish for a final Blessing and Empowerment at Wat Hiranyaram temple (Wat bang Klan/Wat Luang Por Ngern). 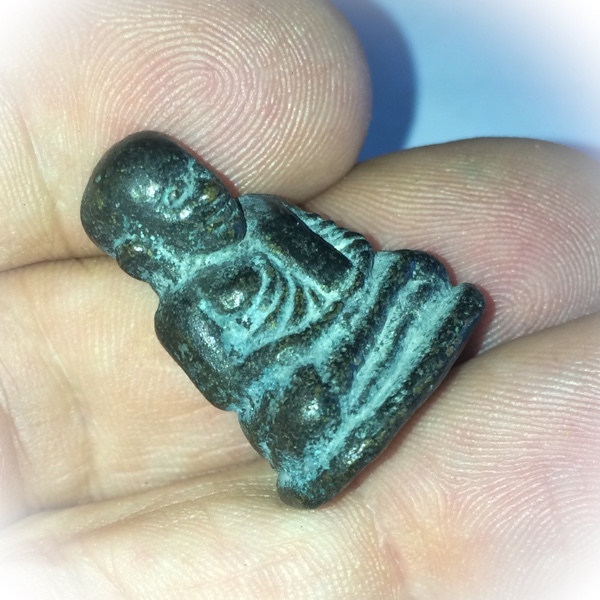 This amulet comes with original box from the temple. can be encased if wished. 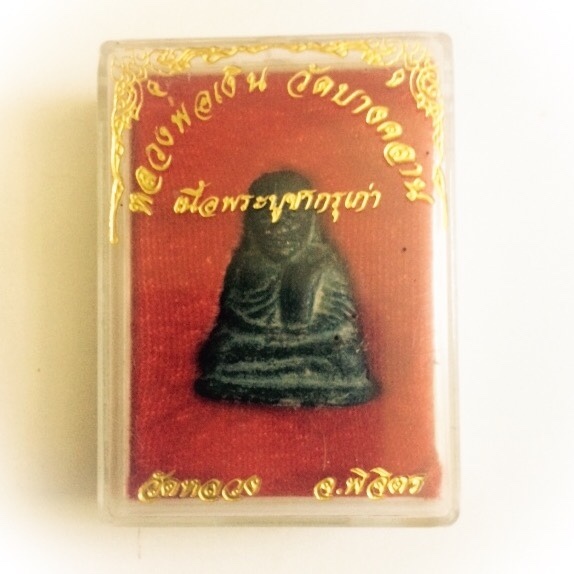 Please Note; Because this amulet is made from such Sacred Muan Sarn Sacred Metals of Ancient Buddhas, as well as the sacred Image of Luang Por Ngern, , one should make sure that proper Bucha and respectful behavior is kept when wearing and owning this amulet, for its truly sacred and Holy Nature.

Even though they were added at a temperature of more than 1000 degrees celsius, the Luang Por Ngern Coins and Roop Lor of the first edition which were found in the old Kru Hiding Place chamber, did not melt. Luang Por thus returned to beseech Luang Por Ngern again. They then melted along with the rest of the Chanuan Muan Sarn.

As a final note of observance, the reason for the metal surface looking to be much much older than from the year 2531 BE (which is already a respectable year of age in itself), is due to the extremely ancient origins of the metals used in both the ancient Buddha Rupas used, as well as the first edition Rian Job Lek and Roop Lor Khee Ta Luang Por Ngern which were added, which used also only ancient metalsas their sacred substance (Chanuan Muan sarn).

Hence, this amulet, is not only old since its making, but also made exclusively from ancient metal artifacts, and hence has an age that is undefinable as far as the sacred Chanuan Muan sarn is concerned.