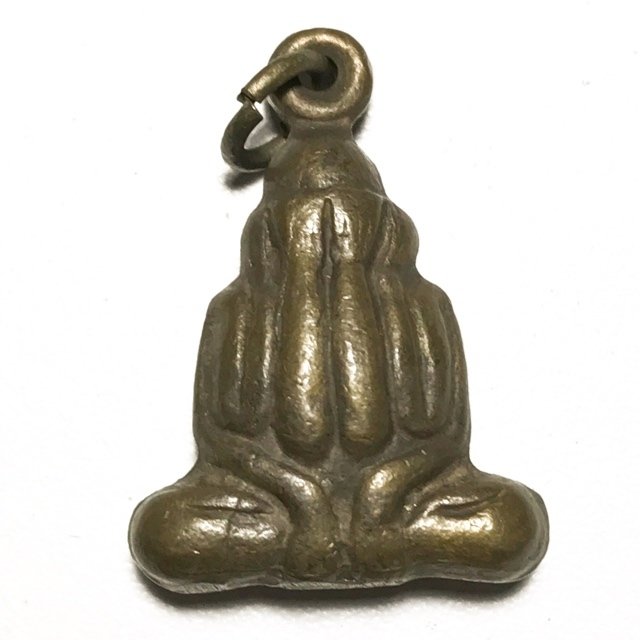 Pra Pid Tawarn Maha Ud Kring Kong Grapan Chadtri Klaew Klaad amulet with Kring Bead rattle within, the most famous amulet of Luang Por Yui, of Wat Bang Kapi. This model is a 'Run Sam' 3rd Edition amulet - a classic protection amulet of historical fame, with legendary powers. The Pra Pid Ta Luang Por Yui is from a Brass based sacred alloy and formed in a Loi Ongk Statuette of Pra Pid Tawarn Gao, which represents a Nirodha Buddha closing all nine orifices, to enter the state of Nirodha Samabhatti, and douse all of the physical sense organs. 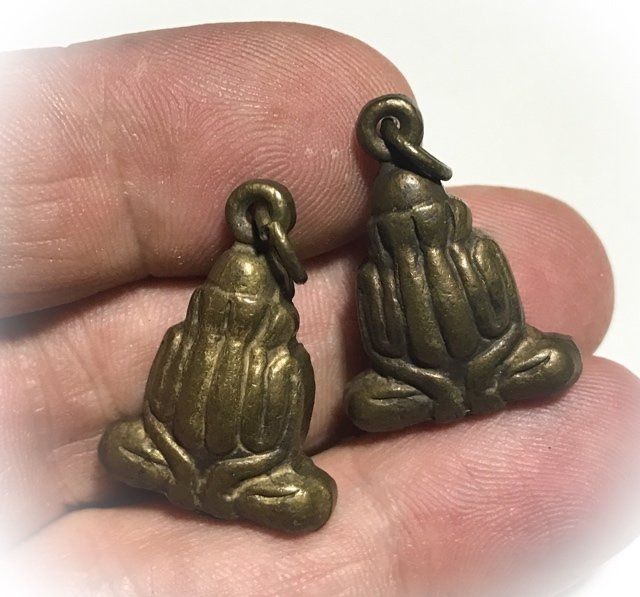 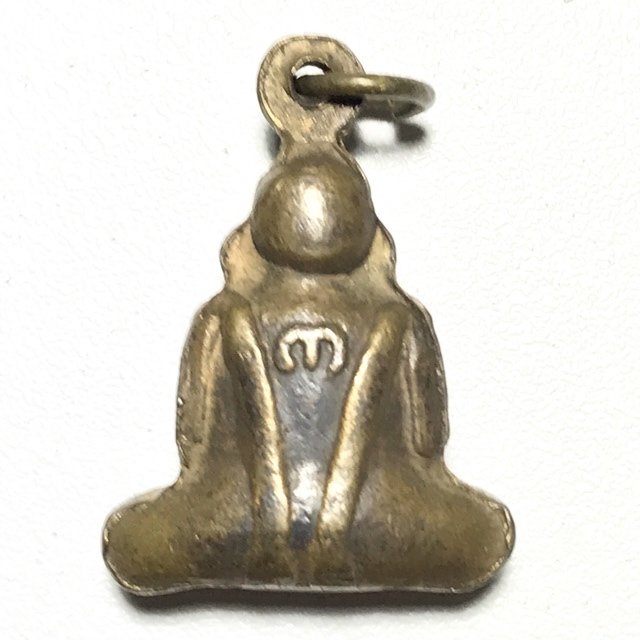 The sides of the amulet reveal the use of a saw and file to cut the amulets, which was the method of casting and cutting of that era, and is a trademark of the amulet. Considered equally powerful to the first edition Pidta amulets of Luang Por Yui and those of the other Masters of the Indo-China wartime era The amulet is extremely popular for the fact that it has equal power to many amulets of a much higher price range 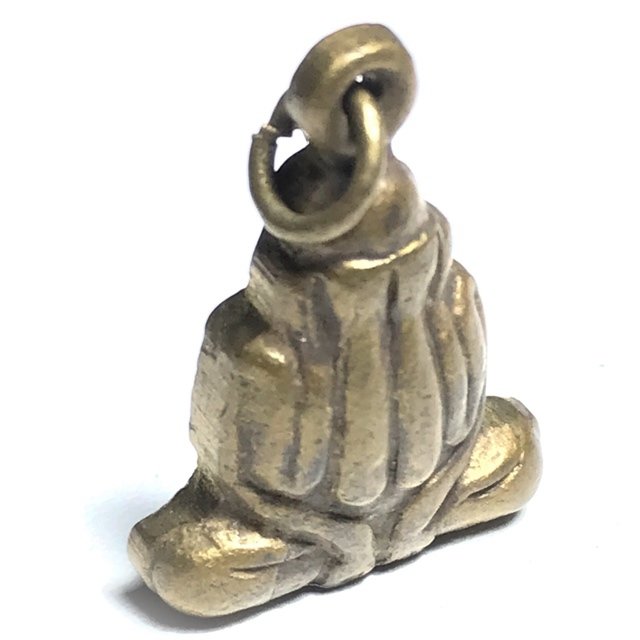 The Pra Pid Ta of Wat Bang Kapi began its history during the Indo China Wartime Era, and were made by Luang ta Yui, of Wat Bang Kapi (officially called 'Wat Utaiyaram'). Wat Bang Kapi was assumedly constructed during the Early Ratanakosin Era. The amulets of Wat Bang Kapi have been since olden days a preferred and well talked of amulet within the amulet societies and collector groups, and have always been a popular amulet of devotees pf Buddha Magic and fanatic collectors alike. 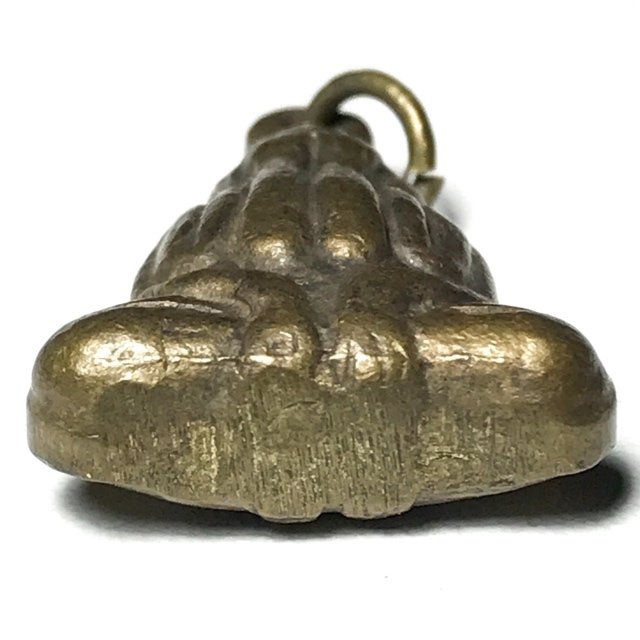 Luang Por Yui was one of various Masters of the time who were producing protective amulets for the Military who were going into battlefronts, such as Luang Por Jad, Luang Por Pring, and Luang Por Derm (Wat Nong Po). During this time of Indo-China wars the amulets of famous masters were in circulation and gained great fame, but the Pra Pid Ta of Luang Por Yui, despite being made by a Monk who was at the time not so famous, gained legendary reputation, from the experiences of those who wore it. 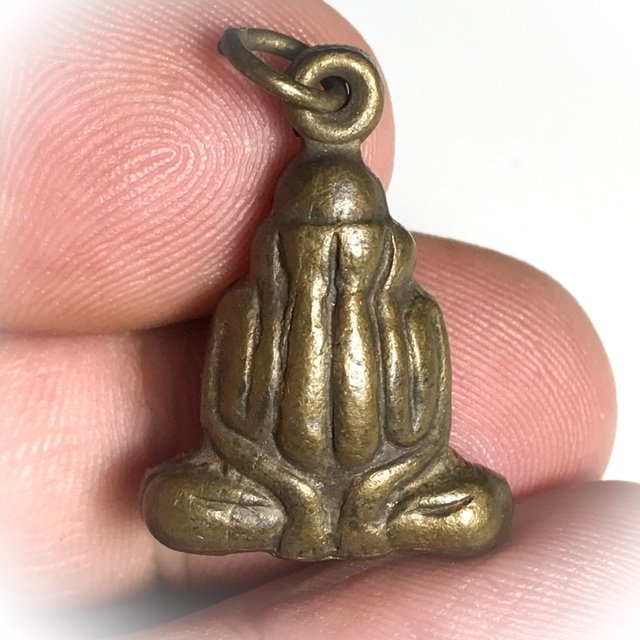 This of course led to Luang Por Yui becoming as famous as the other Great Names of the Time. The Kong Grapan Chadtri Klaew Klaad Power of the Pra Pid Ta Luang Por Yui of Wat Bang Kapi became extremely heard of around south east Asia. The amulet is known for its inimitable shape and form, and is more highly regarded for its magical power, than for its artistic design, which remained faithful to simplistic design, but effective empowerment. 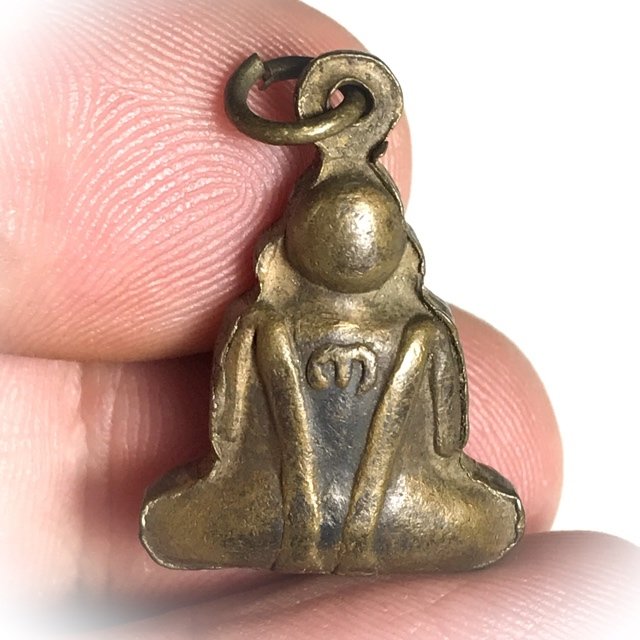 At the time of the making of the Pra Pid Ta Wat Bang Kapi amulets, Luang Ta Yui was despite his age still only a 'Look Wat' common monk of the temple with no status whatsoever. This was because he preferred to wander in the forests on solitary Tudong practice, more than academic 'head stuff' in the Universities. he was a hands on practitioner, not a theologian. He believed in practice more than discussion, and actions more than words. 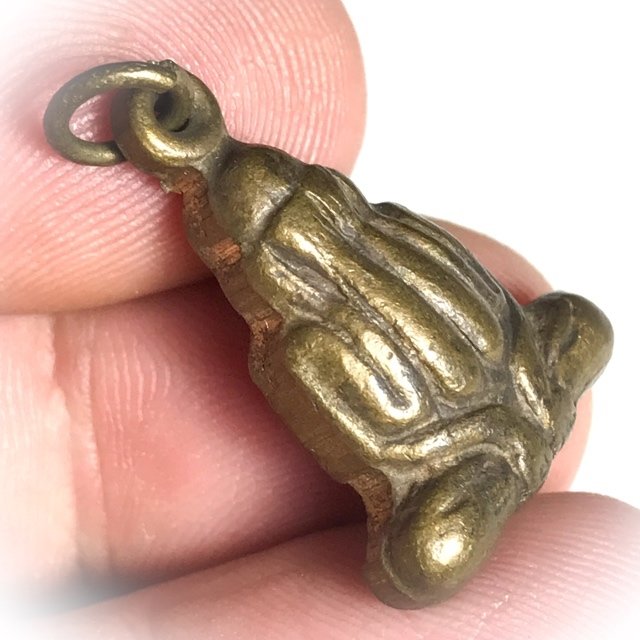 He wandered as far as the Jungles of Burma and back, which in those days was incredibly difficult task to achieve on foot. Only Adept Monks can withstand the ordeals of the deep Jungle, with fevers, poisonous plants and creatures, and dangerous predators roaming around. Any Monk who was not Adept would not survive such an expedition. 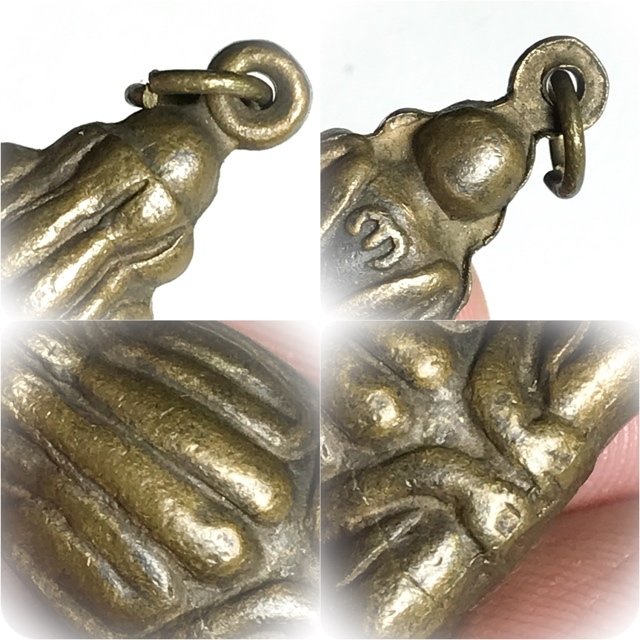 Luang Ta Yui wanted to play his part in helping the Nation, by making Pra Pid Ta amulets to distribute to the military who were serving on the battlefronts. He began by collecting enough Sacred Brass Chanuan metals, of various kinds (Fa Badtr almsbowl lid, Khan Water Bowls, and Ancient Tho Rice Pots), and other artifacts of brazen metal. 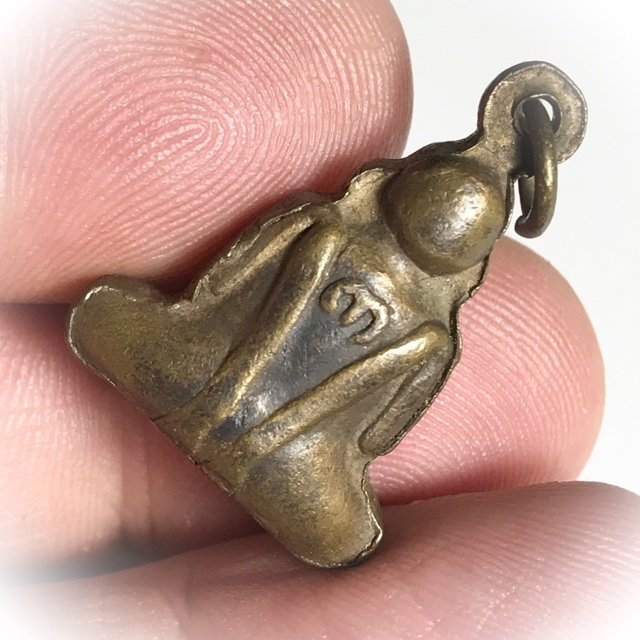 Luang Ta Yui then smelted all the sacred artifact metals into one sacred alchemical alloy with his own hands, and cast the metal into ingots, upon which he inscribed Khom Agkhara and Sacred Yant spells and performed incantations throughout the whole process. His Pra Pid Ta Ud Kring amulets became a household name and legendary amulet of high repute for its lifesaving miracles recounted by soldiers, navy and airmen during their times in battle. 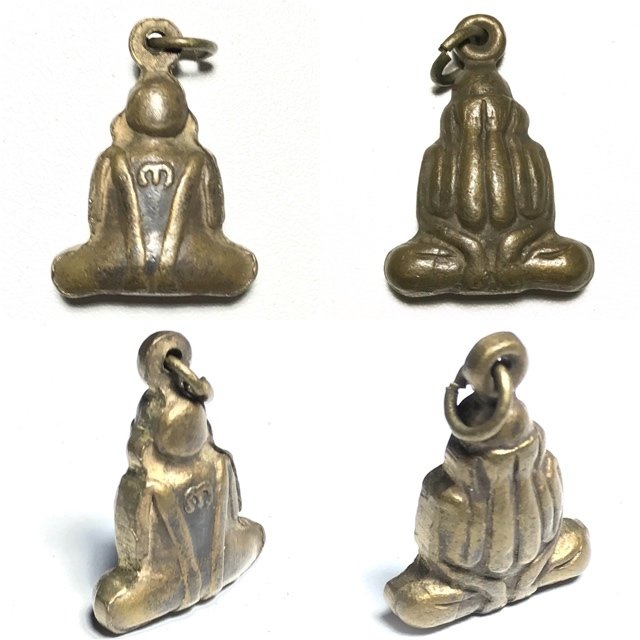