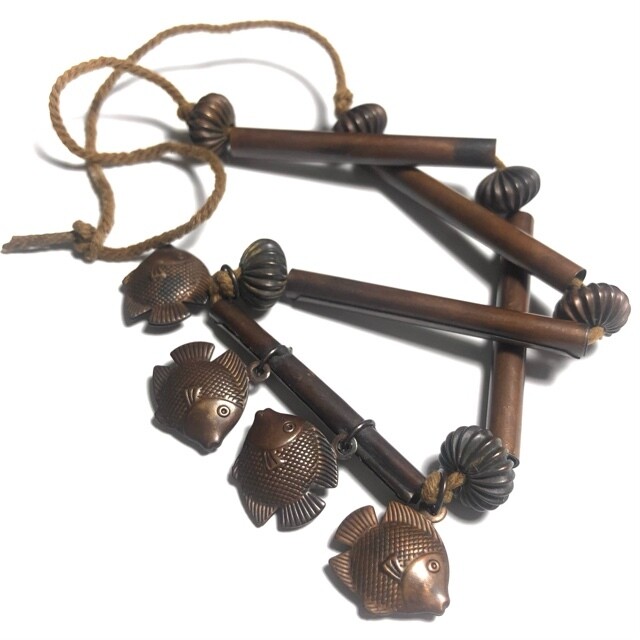 An Immense rarity to see from the Great Luang Por Derm of Wat Nong Po.The discoloration of the copper of the Takrut, the connecting segments, and the worn look of the cord from passage of time, reveals the authenticity, and true age of the amulet. This exhibit easily reaches the Era of Luang Por Derm's Early-Mid Era, and is truly ancient. 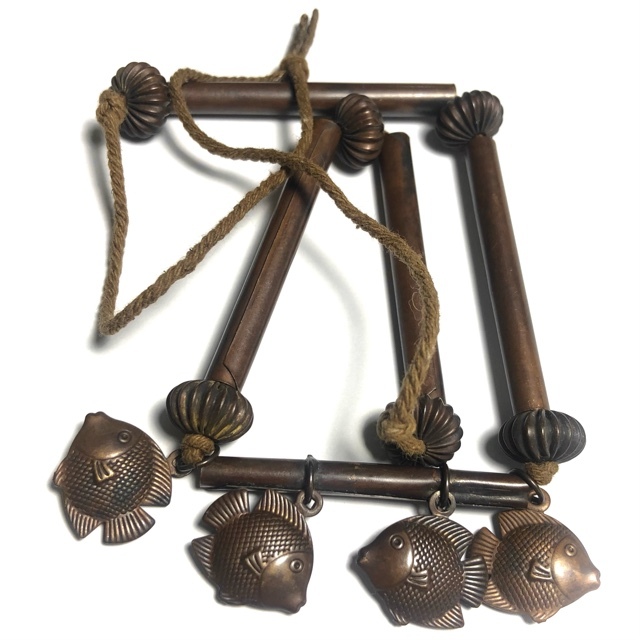 Free Fed-Ex/DHL Worldwide Registered Express Airmail Shipping is included with this amulet. This is an amulet that will not have been made in mass, and is hand inscribed, and blessed by Luang Por Derm. Luang Por Derm blessed and empowered a great many different kinds of Talismanic Charms, and was very famous for his carved wood and ivory, and tooth amulets, for example his world famous 'Singh Sam Khwan' carved Himapant Lion amulets. This Sangwal takrut is one of the rarest items to encounter, especially in such beautiful condition, balanced composition, and honed with such fine artisanry. The Sangwal takrut Luang Por Derm is found in various forms, often with Pla Tapian Lucky Barbfish Attached, or other animist charms. 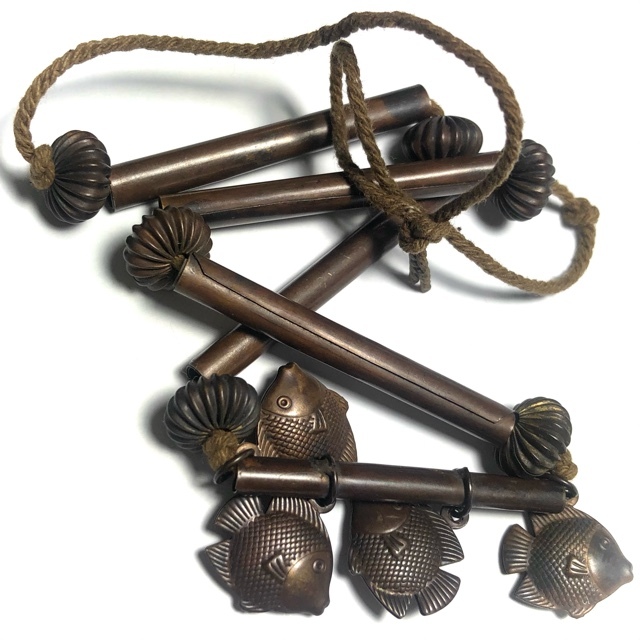 Luang Por Derm began to release these Takrut necklaces in the year 2457 BE, after he was nominated for a raise iin status. One thing to note about these Takrut, is that Luang Por Derm would adhere to the principle of 'if the takrut are in Tong Daeng Copper, then all components of the takrut were also in copper. If silver, then all components should be in silver'. Meaning, that authentic Sangwal Takrut Luang Por Derm will have the Takrut and the connecting yantra foils made from the same material.

This exhibit has a 5 Takrut in Sacred Copper, with the hand inscription of the 5 Dhyani Buddha Yantra spell by Luang Por Derm. This Takrut is from mere naked eyesight easily authenticated for its obvious maker The Takrut are empowered to bring Protection, Evade Dangers, Commanding Power, Anti Black Magick, Good Karma, Increase Status, Remove Obstacles, and the Pla Tapian Entice Financial Business and Professional Success, Job Promotion, and Wage Rises. 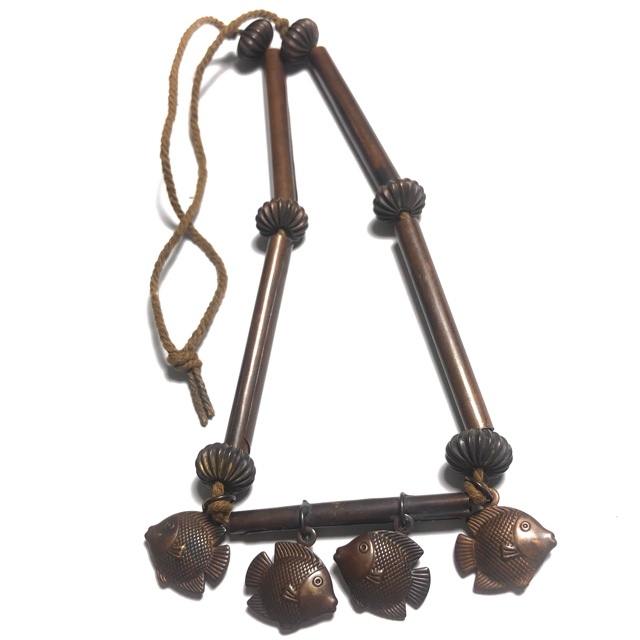 This is a great and also very widespread Kata to be used for Metta Mahaniyom and Choke Laap purposes. It is Brahmin Origin and calls upon Lord Brahma and Lord Shiva to make all people wish to come and buy goods from you, as well as bring great fortunes luck and popularity to you. Takrut and Yant Pla Tapian is also an invoked spell that invites the presence of the Tapian fish (a legendary Bodhisattva like entity from Vedic legend) to be present in the Yant.

The Great Luang Por Derm was Born on Wednesday 6 February 2403 BE and Died on Tuesday 22 June 2494 BE. He was one of the Greatest Masters of Thai Buddhist History, whose amulets, and famous 'Mitmor' ritual spirit knives are legendary around the whole wide world, for their authentic power, and Master Class Status. The Wicha of Luang Por Derm is continued to this day through his Looksit of the various Master Lineages. 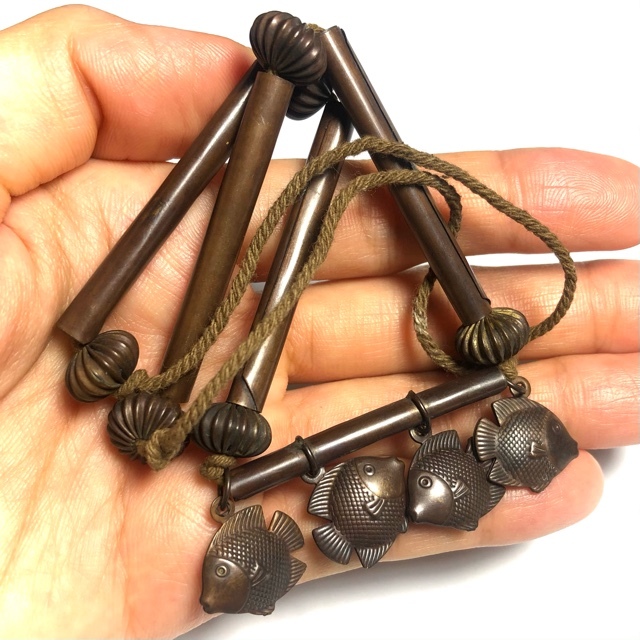 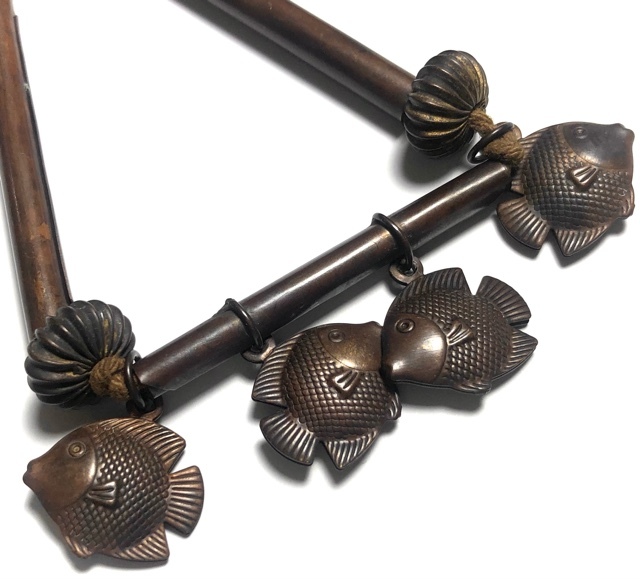 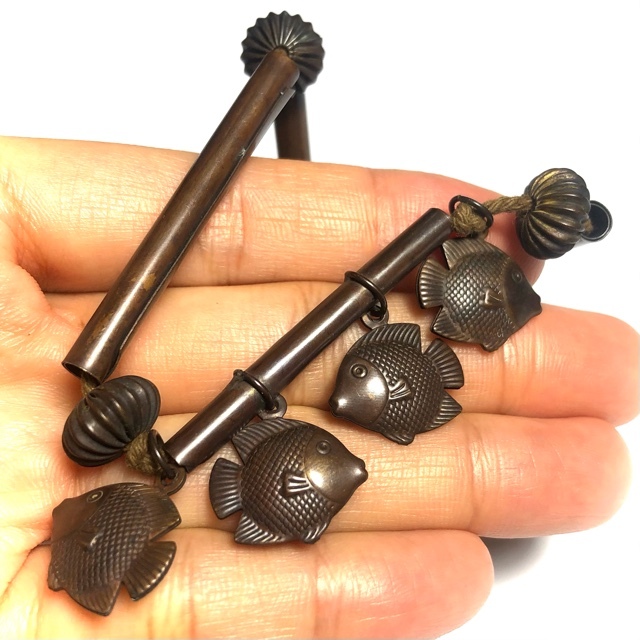 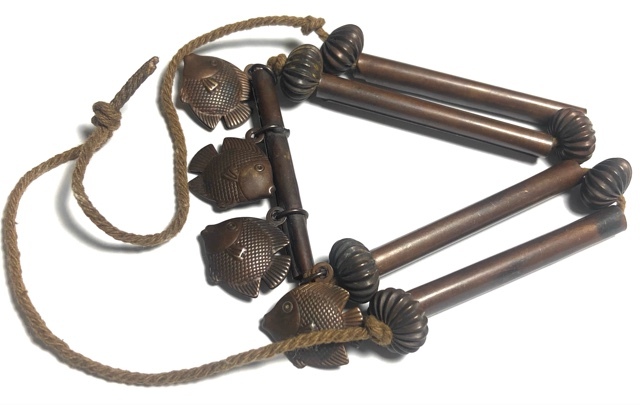 Below; Hand Folded Origami Style Yantra Foil with Inscriptions are used as one of the connecting segments of the six Takrut Tone Tong Daeng on the Sangwal Necklace. 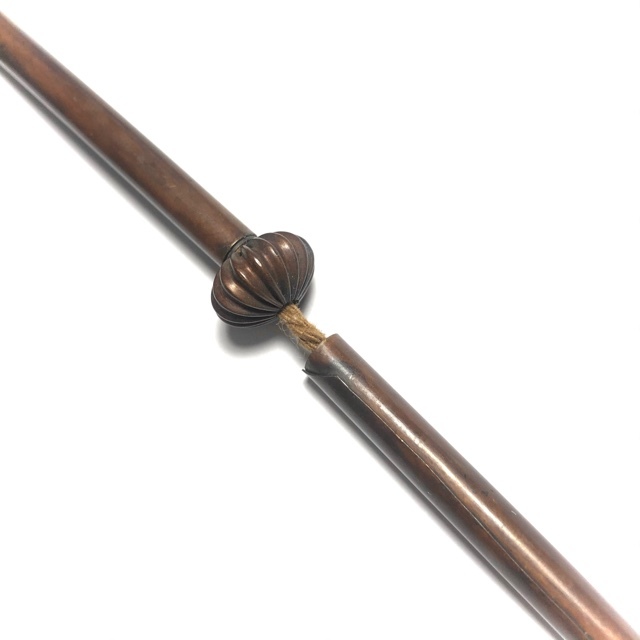 Luang Por spent many years performing Preachings. until one day he stopped, and said that every time he would go to tell others how to practice, and they wold give donations, that he thought it would be better to stop, and focus on teaching himself. he would send his apprentices who had learned well from him in his stead, and retired from this practice sometime around his eleventh year of ordination. he then focused on developing Vipassana Kammathana methods of self transformation, and dedicated himself extrememly diligently to develop the causes of enlightenment (Arahantship). he became famous for his ability to sit erect for many many hours, beyond the ability of other Masters. 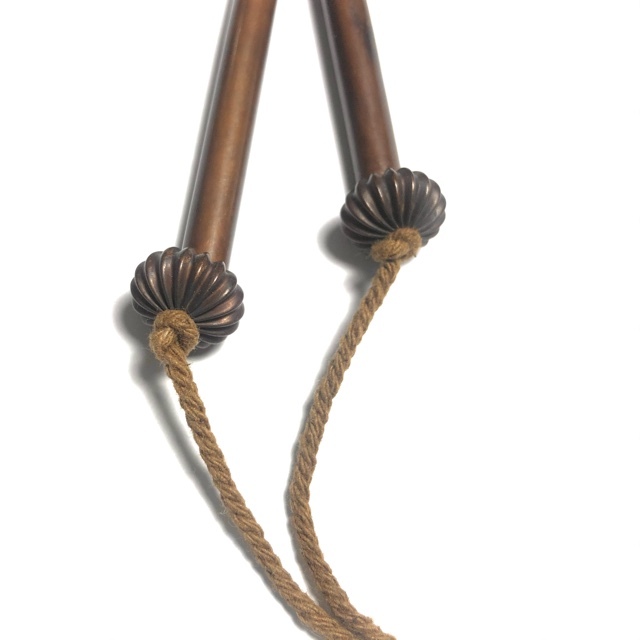 Below; The Sacred Inscriptions of Luang Por Derm are visible on the Takrut 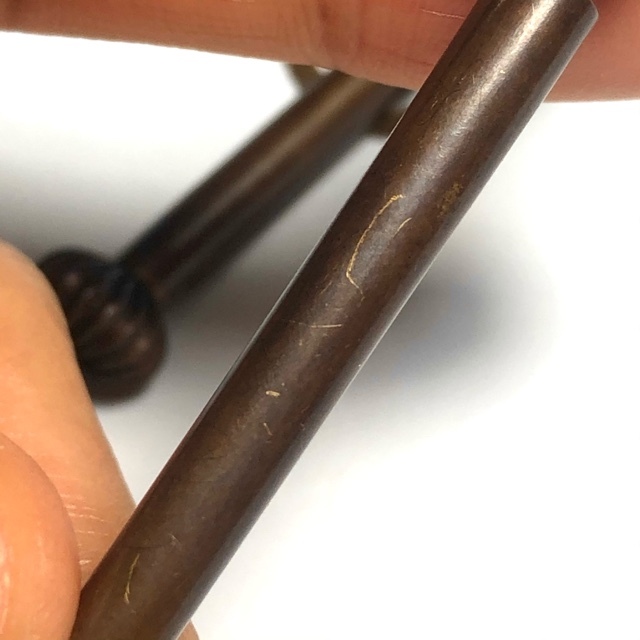 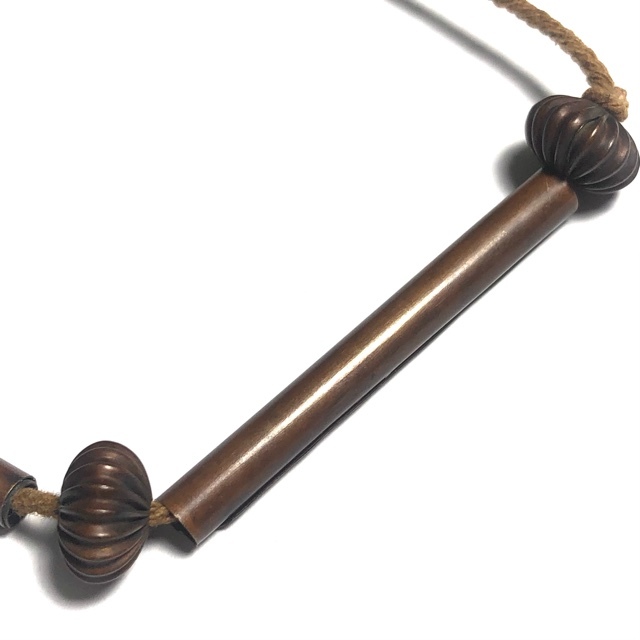 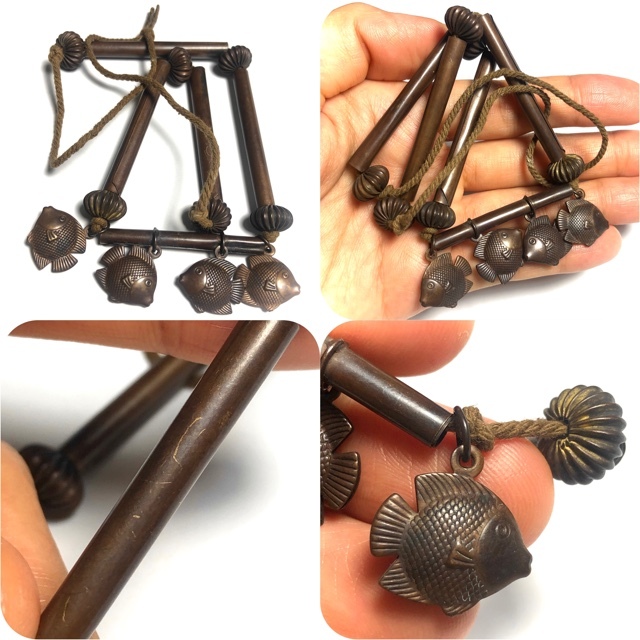