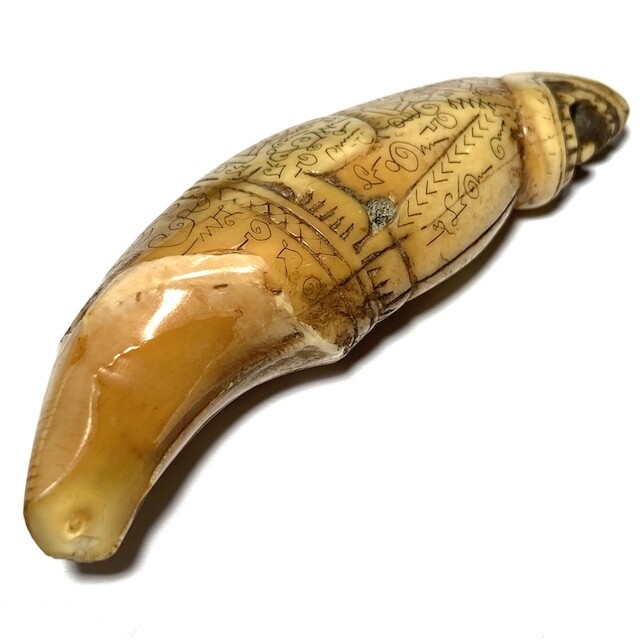 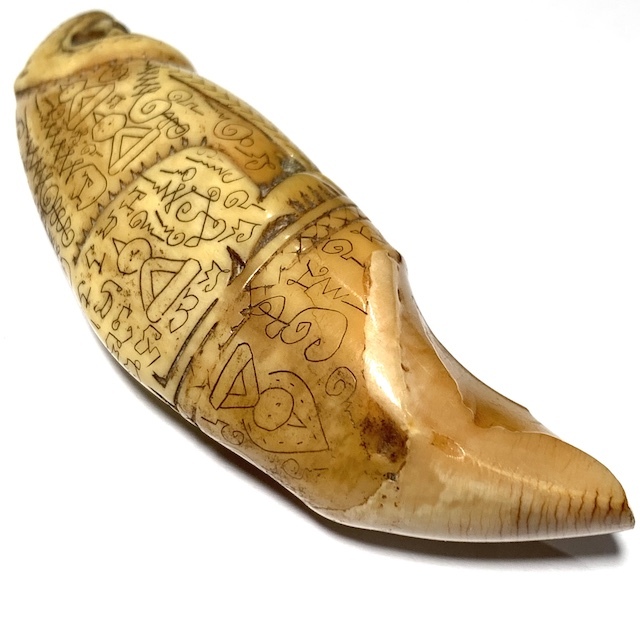 Free EMS Registered Express Airmail Shipping Worldwide is included, and, if desired, Waterproof Casing . This exhibit is Full Sized Carved Bear Tooth amulet, in form of a Tiger, hand carved and inscribed with Yant Wicha Luang Por Parn from Luang Por Nok, of Wat Sangkasi. Circa 2450-60 BE - a Kong Grapan Chadtri Maha Amnaj Talismanic Amulet of Master Class Status. The tooth is 7 Cm in length and 2.5 Cm breadth. This item being the Fang (Incisor), possesses the power of the Suea Maha Amnaj, being empowered with the very same Wicha Suea of Luang Por Parn. ( Wat Bang Bor). 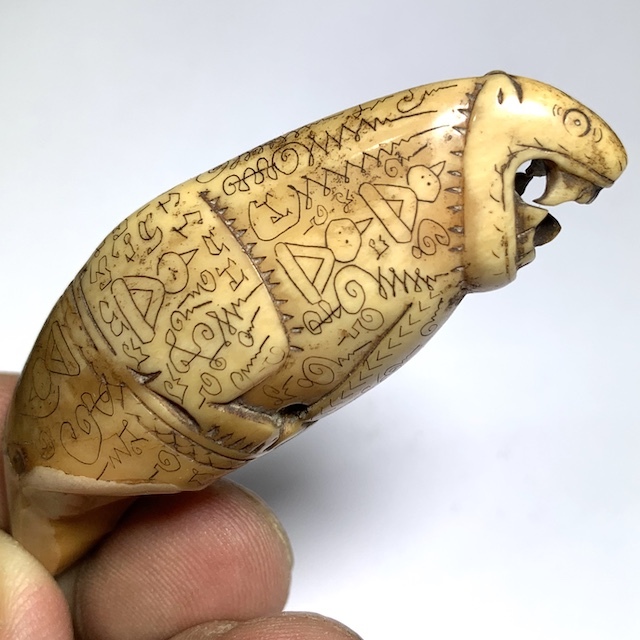 The Khiaw Suea of Luang Por Nok is known as one of the Top Ten Tiger Amulets of Thai Amulet History, and one of the rarest amulets of this variety in the whole pantheon of Masters. 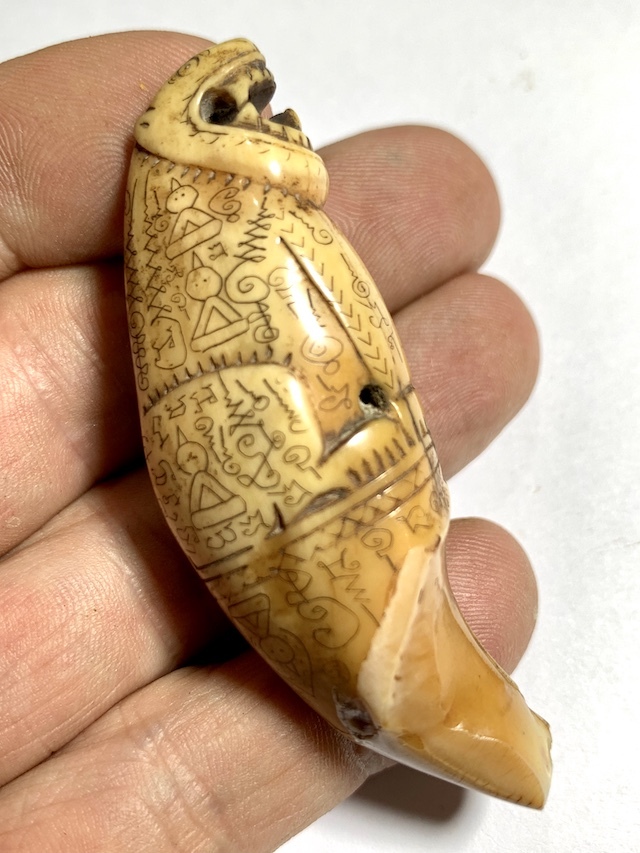 Free EMS Shipping is Included with this Item. Luang Por Nok of Wat Sangkasi (Born 29/12/2392 BE - Passed Away 21/09/2475 at 83 years old). Luang Por Nok was most famously known as being direct lineage Master and Prime Apprentice in Buddha Magic, of the Great Luang Por Parn of Wat Bang Hia, and for his Lineage Mastery in the making and empowerment of Tiger teeth and Carved Tiger Amulets, in the traditional methods of Luang Por Parn of Wat Bang Hia. 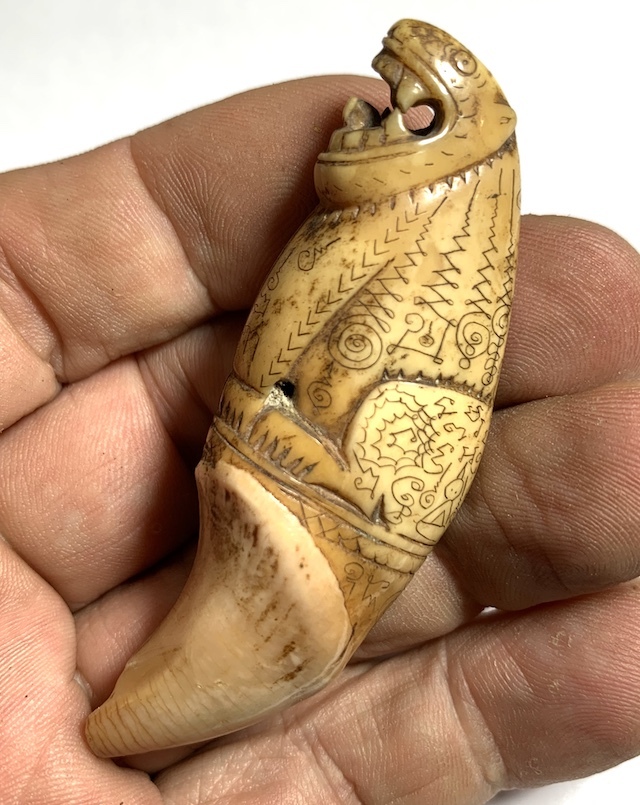 His father had passed away by this time, so his mother took him to Wat Bang Hia at Ban Klong Dan. He underwent the Ceremony in front of the Buddha Sima temple monastic border monument at Wat Bang Hia(***), in Amper Bang Hia, and was ordained as a fully fledged Bhikkhu in the Buddha-Sasana. 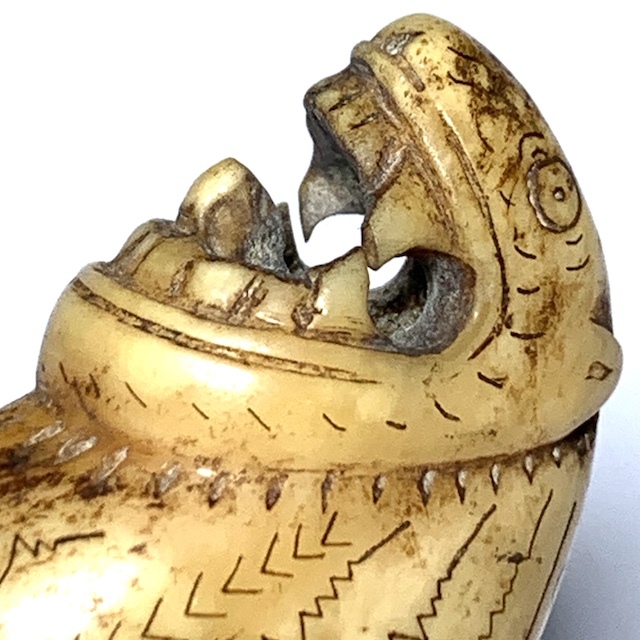 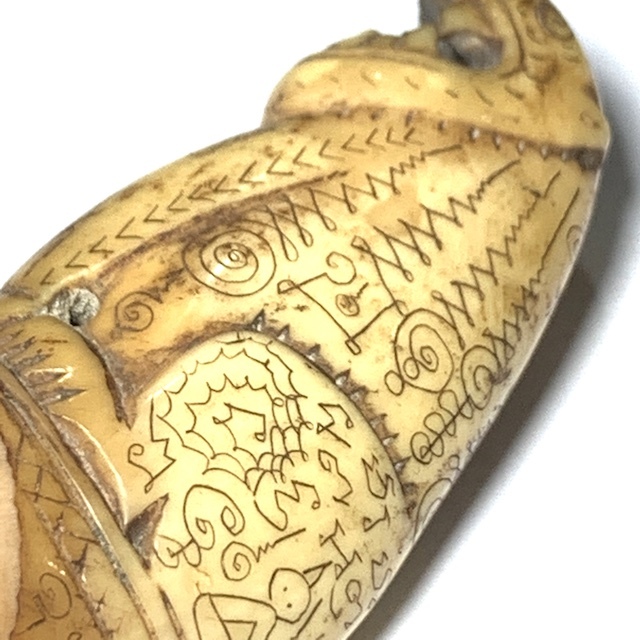 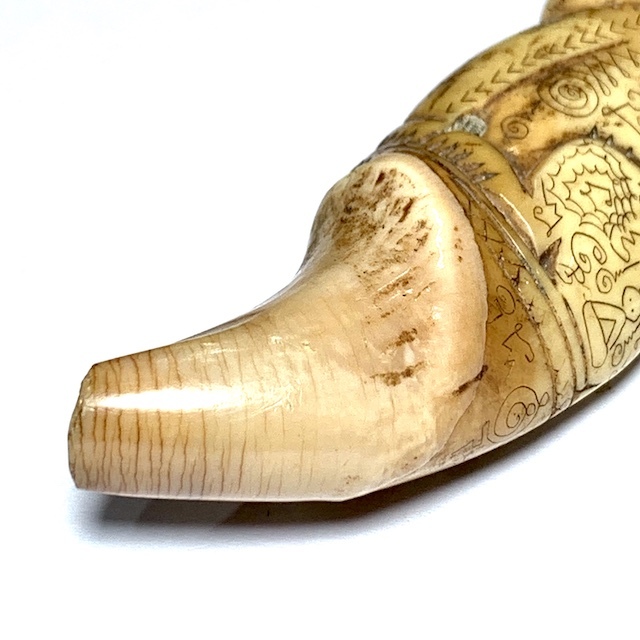 After his ordination, Luang Por Nok then studied and practiced the Buddhist Vinaya, Vipassana Kammathana and Samatha Meditation methods and also practiced the Mastery of Wicha Saiyasart Buddha Sastra Occult magic under Luang Por Parn himself. He fast became Luang Por's most elite apprentice for his fast witted-ness, ease of learning and good memory.

Because of this, he received the teachings and attained Mastery of the methods of Luang Por Parn in a very short space of time, and was soon considered to have a level of Mastery and Understanding that Thai people call 'Dtaek Chan', which means to Master a subject to the point where one excels above all other practitioners. 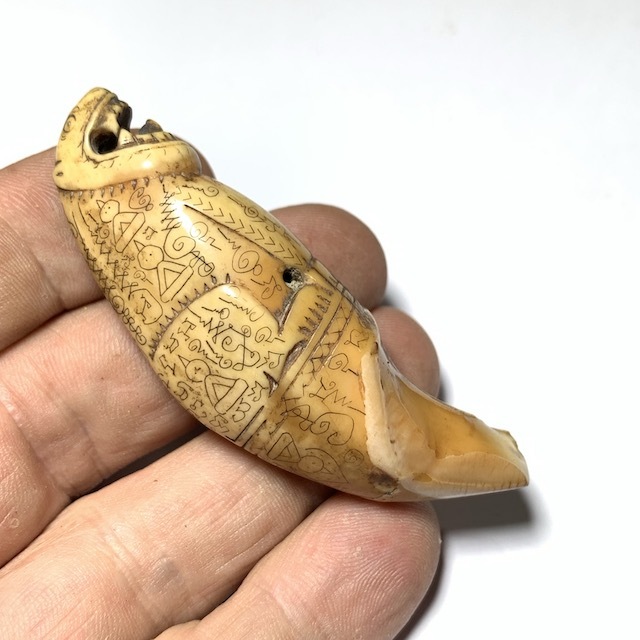 Luang Por Nok often followed Luang Por Parn out into the forest when he would wander on Tudong Practice. This is where Luang Por Parn revealed and taught the Master Wicha of the 'Khiaw Suea' Tiger tooth amulet. Luang Por Nok was attentive and gave his utmost and attained such a high Mastery of the Wicha, that even Luang Por Parn would admire his attainments and power. 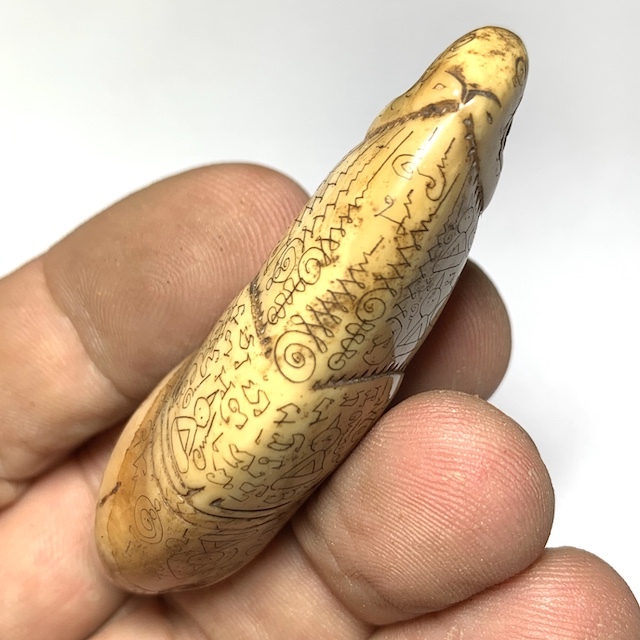 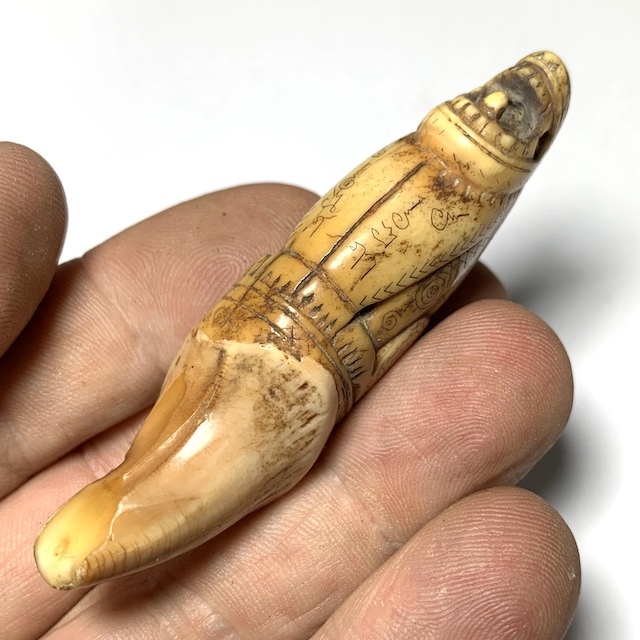 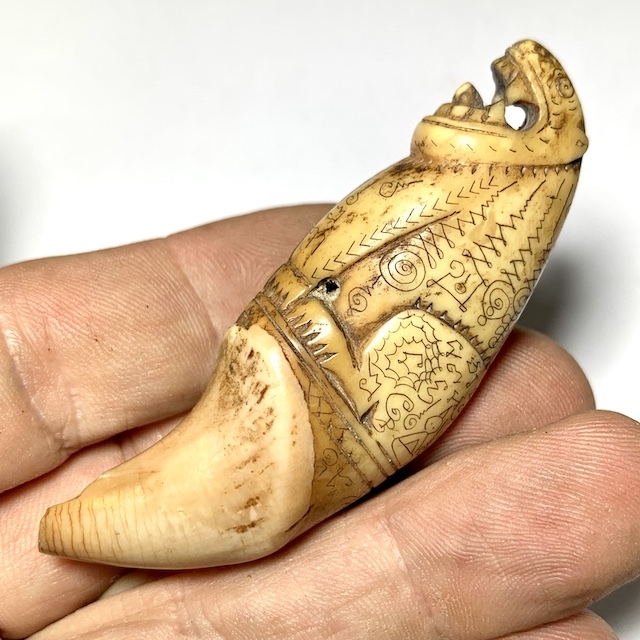 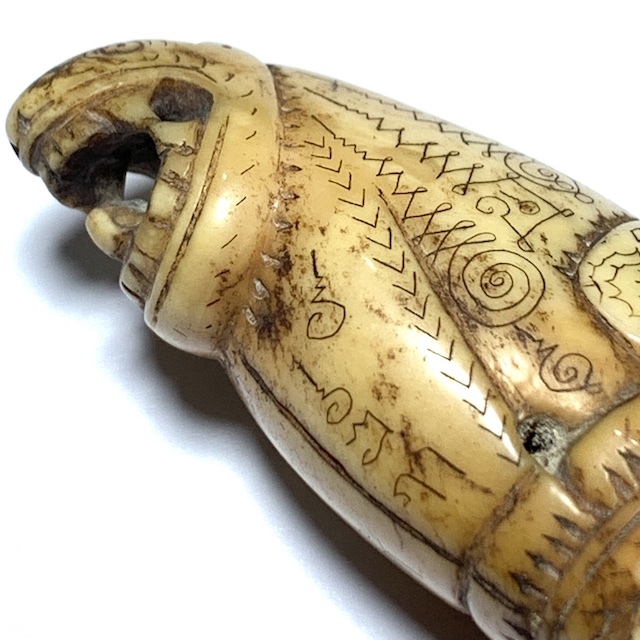 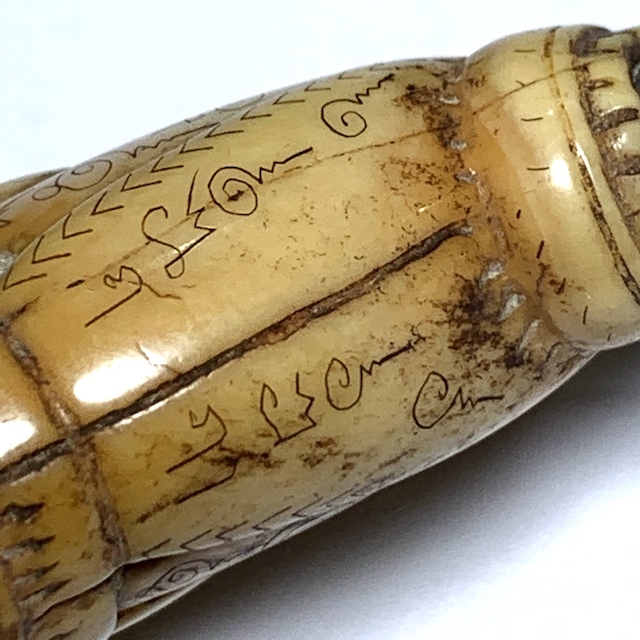 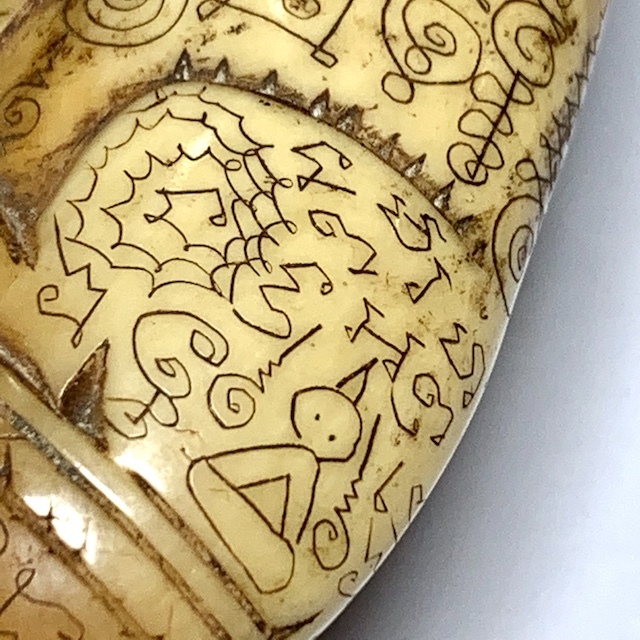 The tooth can be encased with pendant ring to attach to a neckchain, or a cord around your waist, or for other methods of attaching as a pendant. 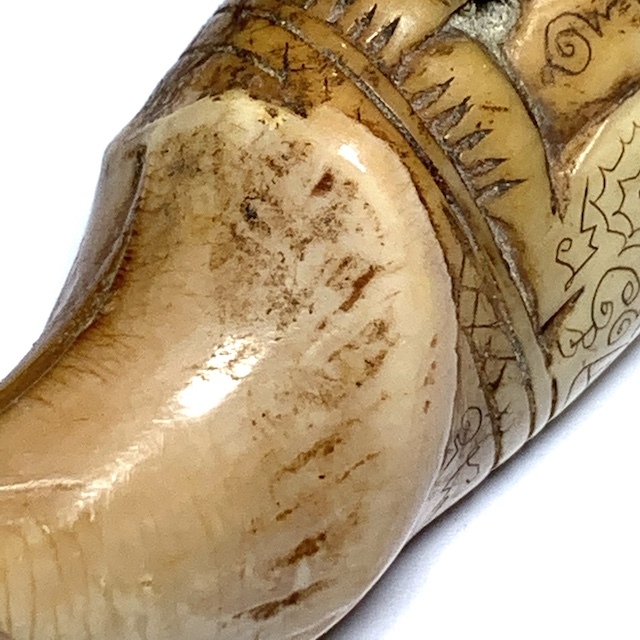 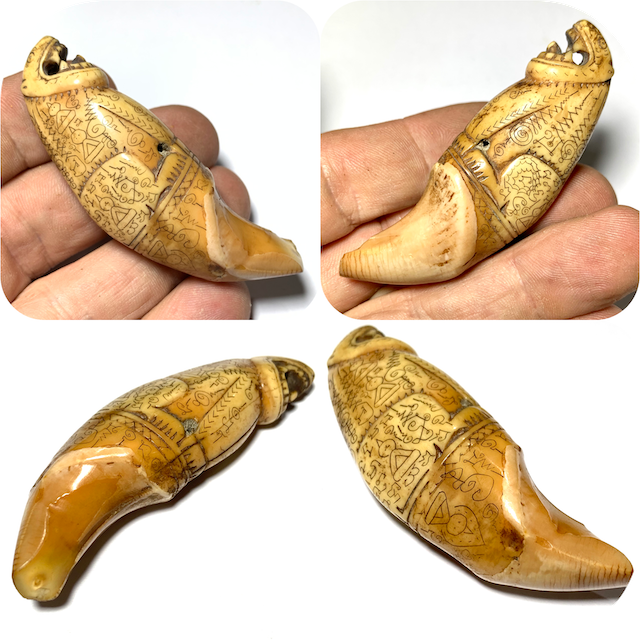