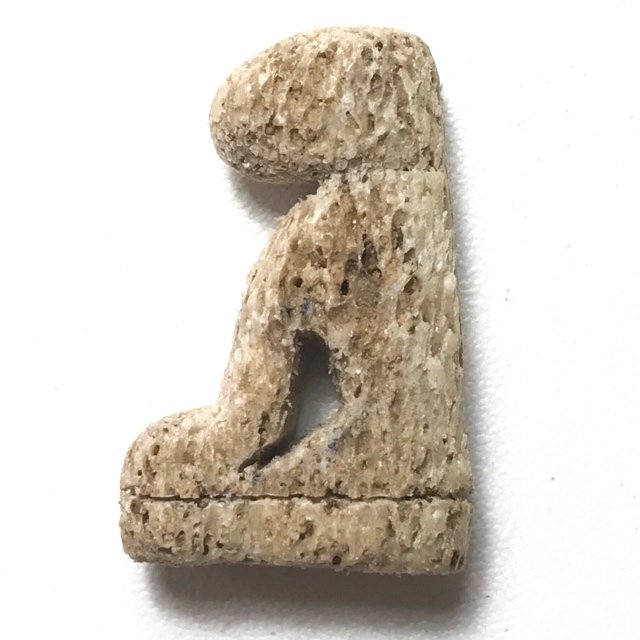 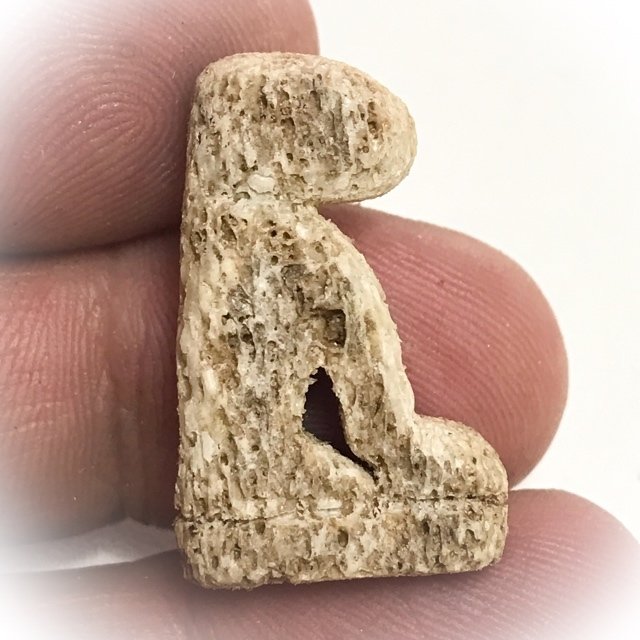 Graam Chang Nam is mnuch rarer to encounter than Graam Chang elephant jawbone, and it is said that Luang Phu Tim received the piece of Graam Chang in only small quantity, so not many of these amulets were carved in total. Luang Phu Tim was and remains one of the Greatest and most highly famed Guru Masters, right up to the present day, many decades after his passing. His amulets are eminent members of the top master-class category amulet pantheons of all history, including his famous Rian Guru Monk Coins in many editions, and of course his Pra Khun Phaen and Look Om and other Pra Pong Prai Kumarn amulets, which are the stuff of legend. 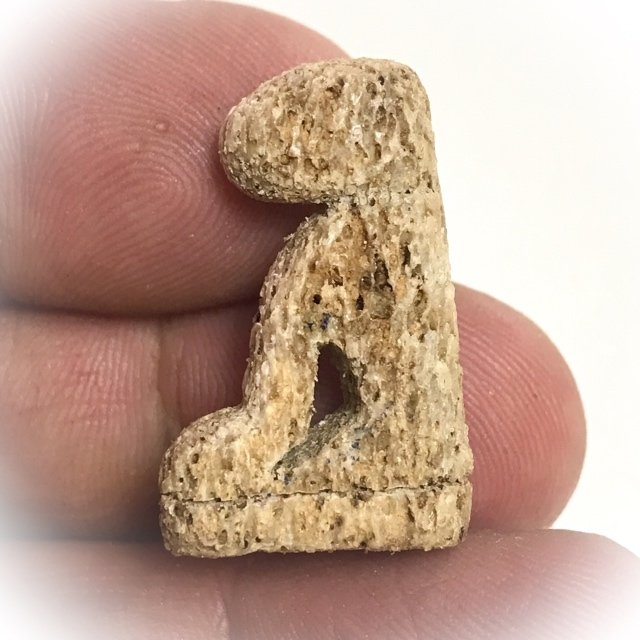 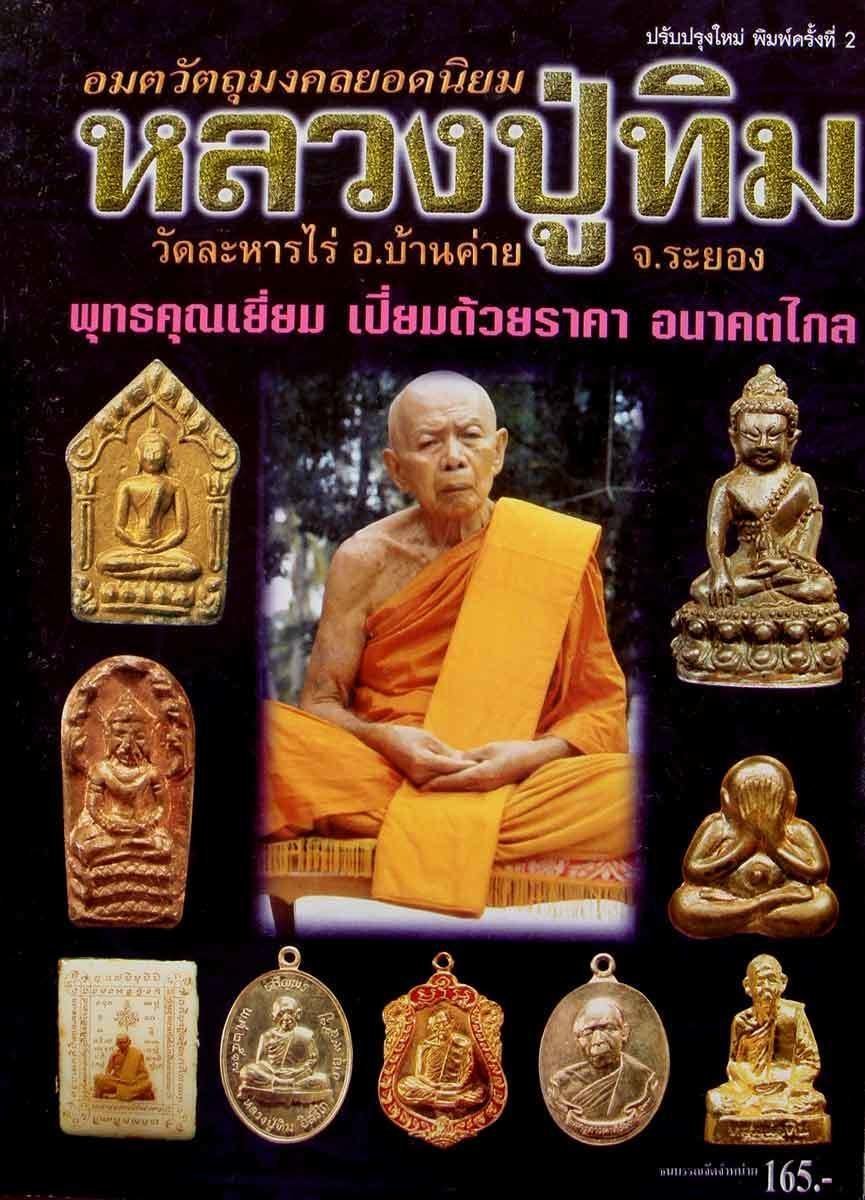 Luang Phu Tim Issarigo, is of course not only one of the most highly acclaimed and sought after Guru Monks for his amulets, he is the holder of the highest esteem in Thai Buddhist amulet history for Pong Prai Kumarn powders. Luang Phu Tim, is Internationally Acclaimed, for his famous Pra Kring Chinabanchorn, his Pra Khun Phaen Pong Prai Kumarn, and Look Om powder balls. 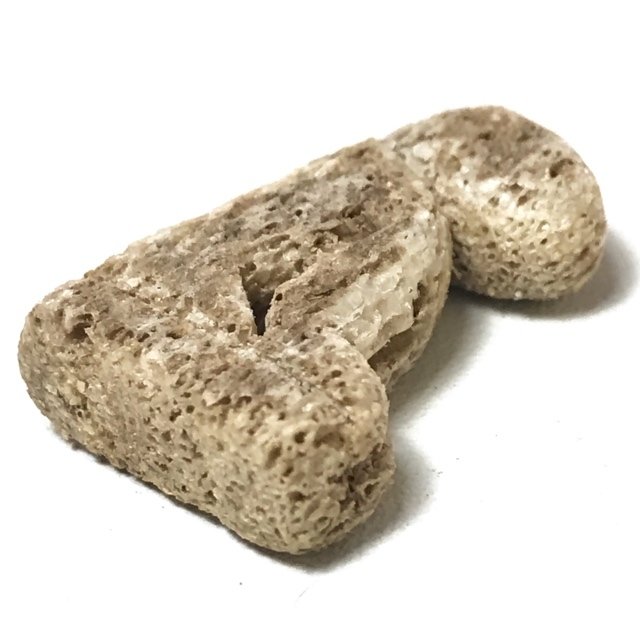 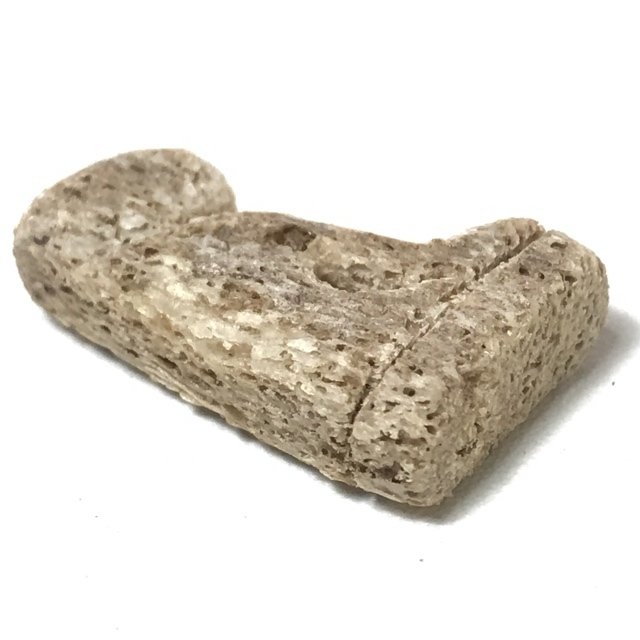 He has various direct lineage apprentices, Who are continuing to progress and spread his most powerful and world-famous Wicha. Of all of these masters, perhaps the most famous, preferred, is Luang Por Sakorn, of Wat Nong Grub (also now deceased). In second place one could possibly estimate the great Luang Phu Sin, of Wat Laharn Yai, and in third place, possibly, Pra Ajarn Somkid, of Wat Beung Tata (Rayong). 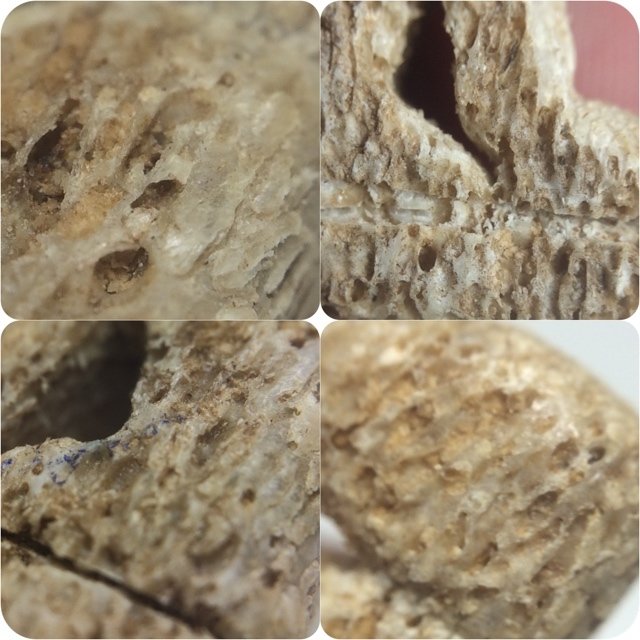 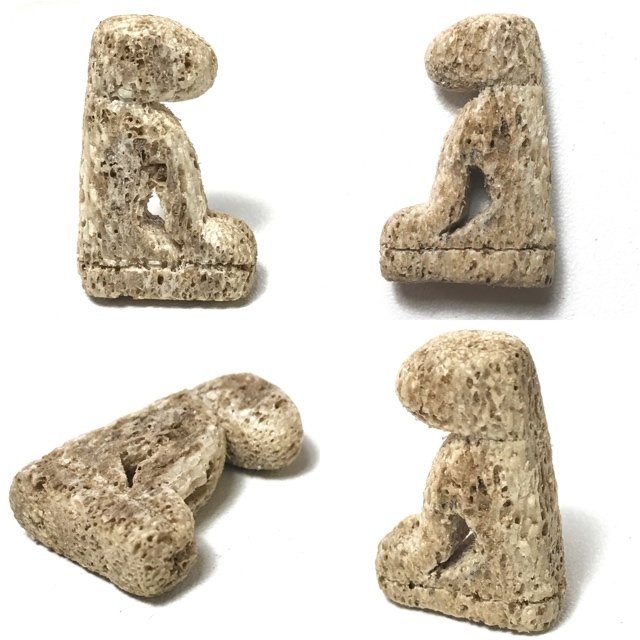