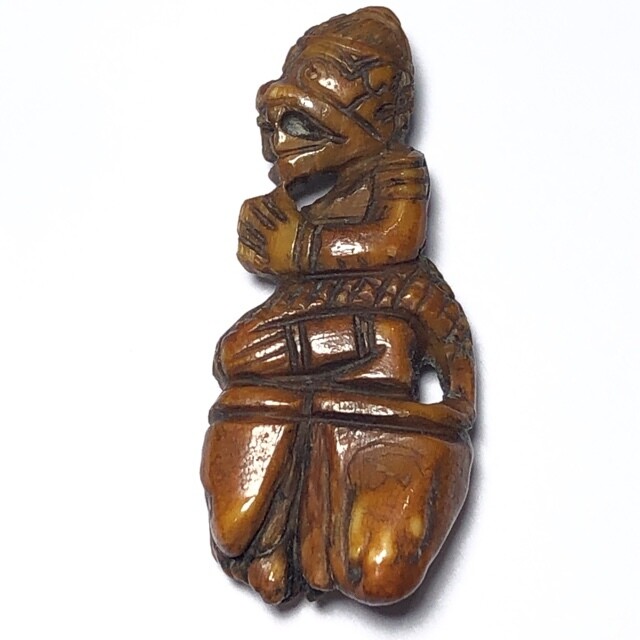 A well known Talismanic charm of Luang Por Derm, the Hand Carved Ivory tusk with Vanora God Hanuman casting spells. Hanuman was the general of the God Rama's Army, symbol of Fidelity, Invincibility, Victory, Agility and Fast Wittedness. The amulet is carved exquisitely into the shape of an Incisor, by one of the preferred top artisans, for blessing by the Great Olden Days Master of World Class Legendary Status, Luang Por Derm Puttasaro, of Wat Nong Po. 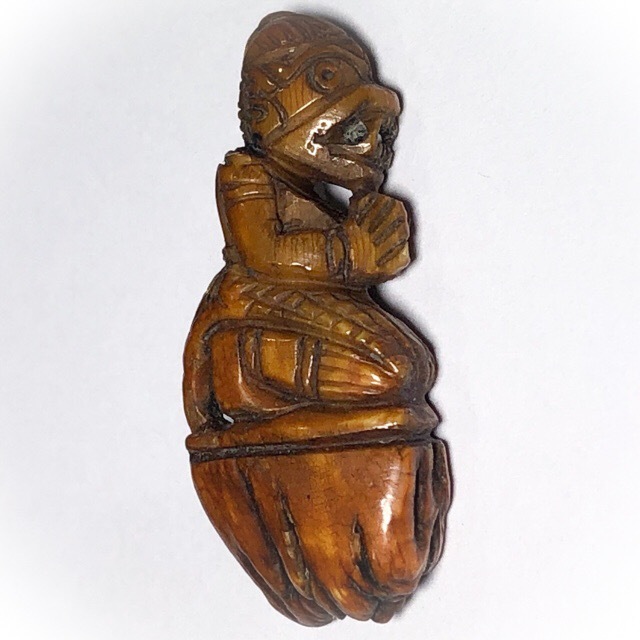 Estimated around 2470 BE, this immensely detailed and decoratively carved amulet is both imbued with the natural Power of Maha Amnaj instilled by mother nature believed to dwell within all Teeth and Tusks, of Tigers, Bears, Jungle Cats, Wolves, Wild Boars and Jungle Predators, as well as within all the bones of such creatures, as well as being empowered with the Wicha Hanuman of Luang Por Derm. 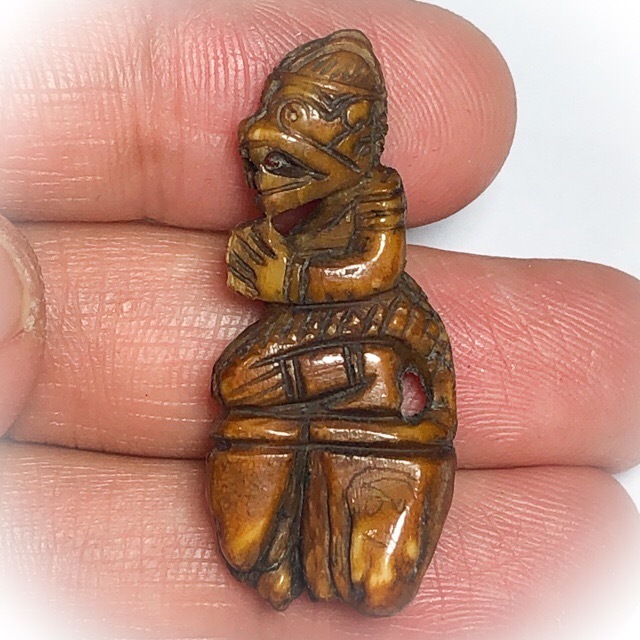 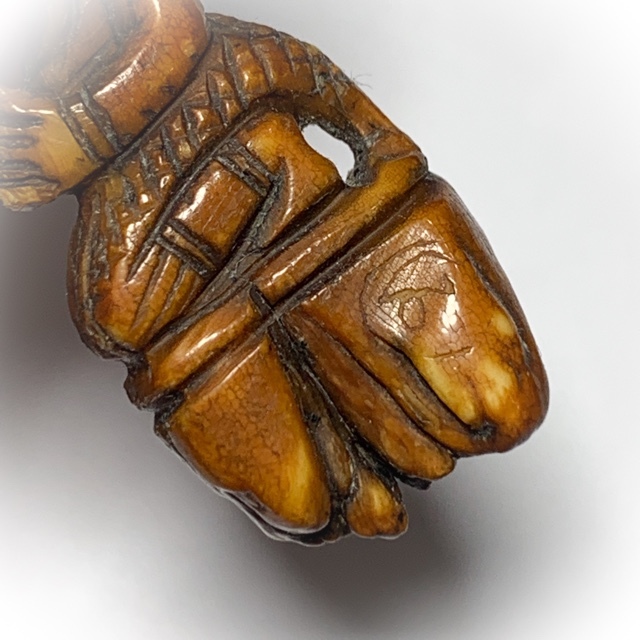 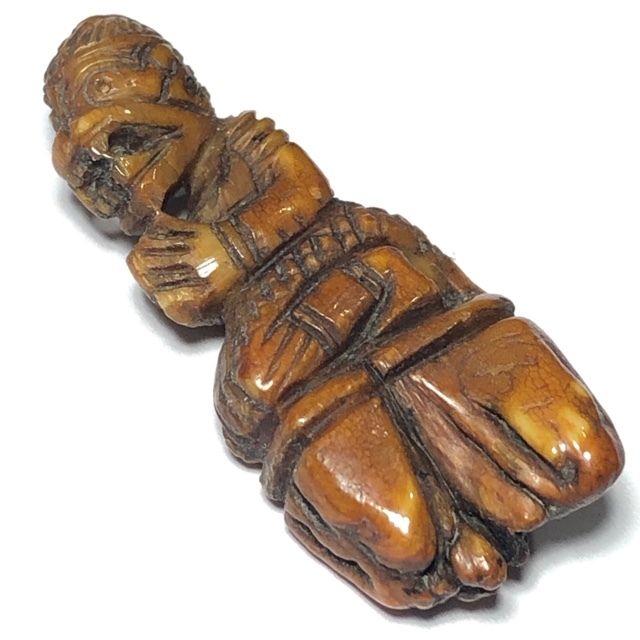 Luang Por Derm's Carved Ivory, Boar Tusk and TigerTeeth amulets are among the most highly desired and collected items. The Wicha of Luang Por Derm is continued to this day through his Looksit of the various Master Lineages. 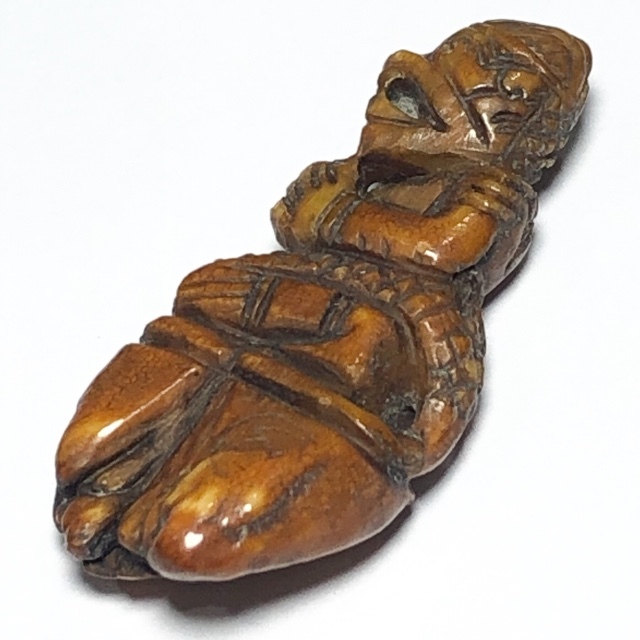 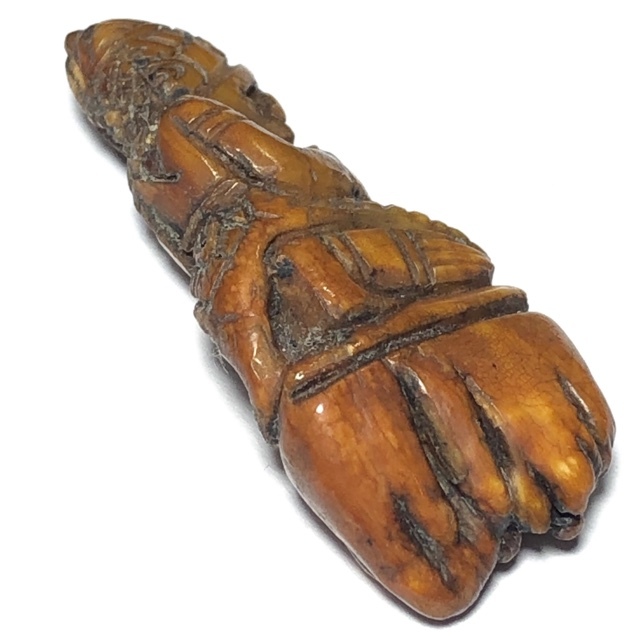 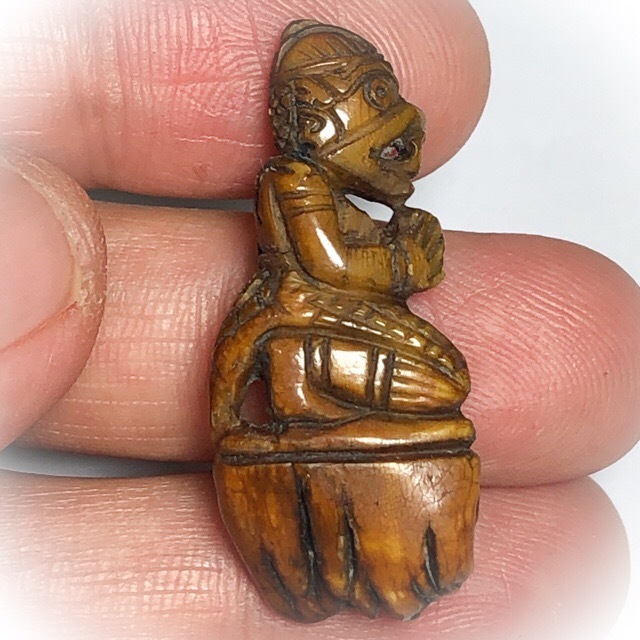 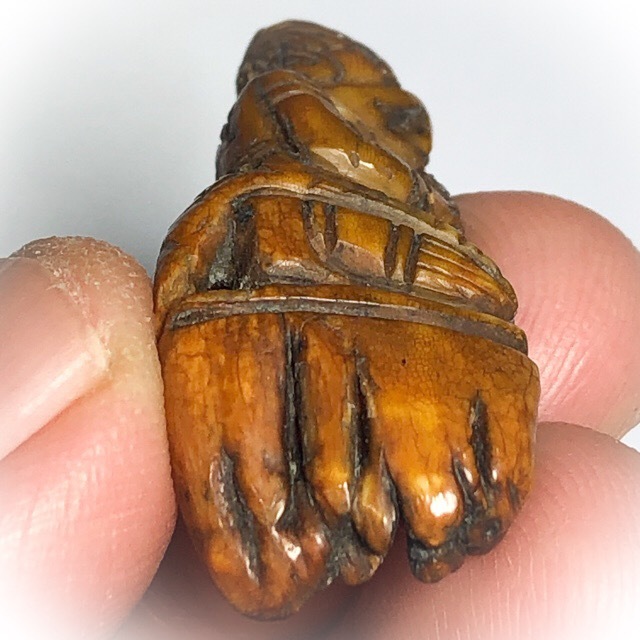 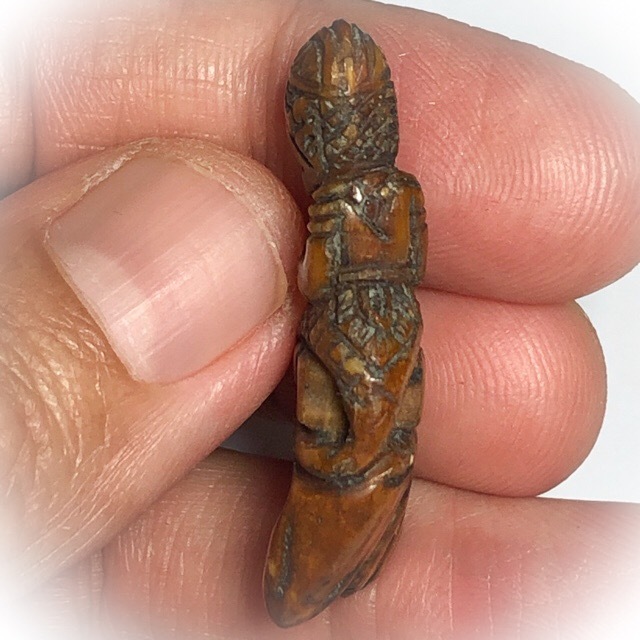 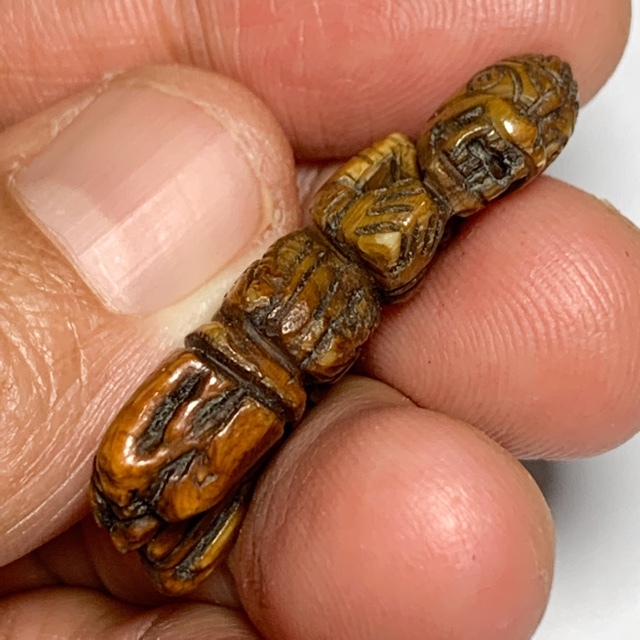 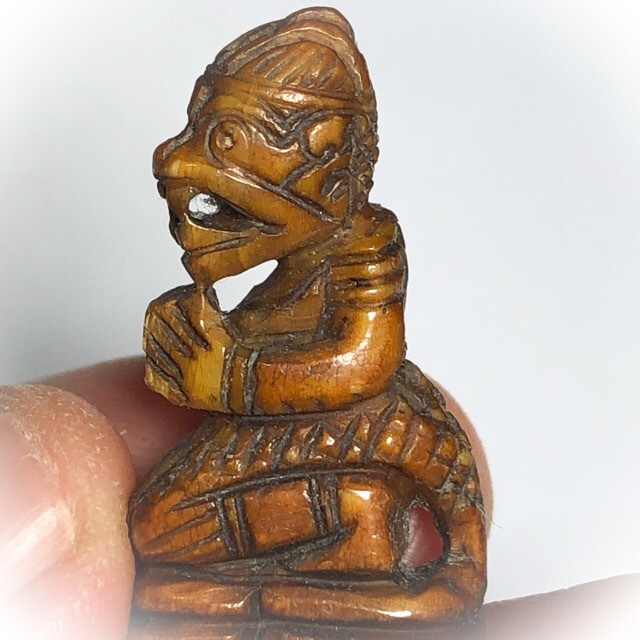 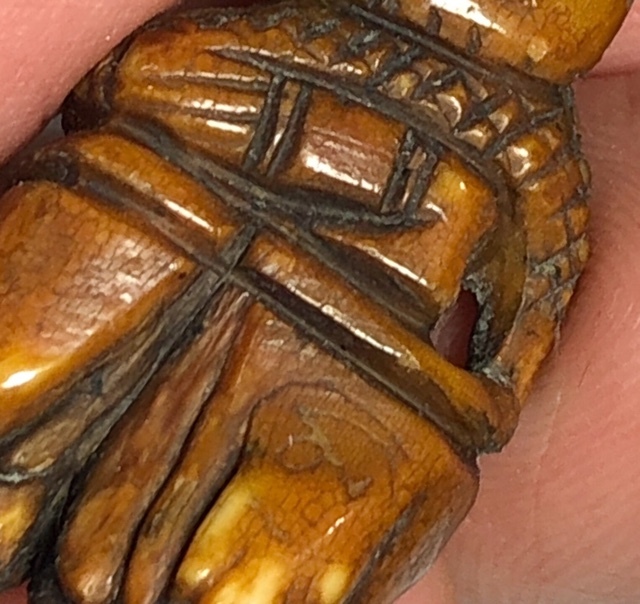 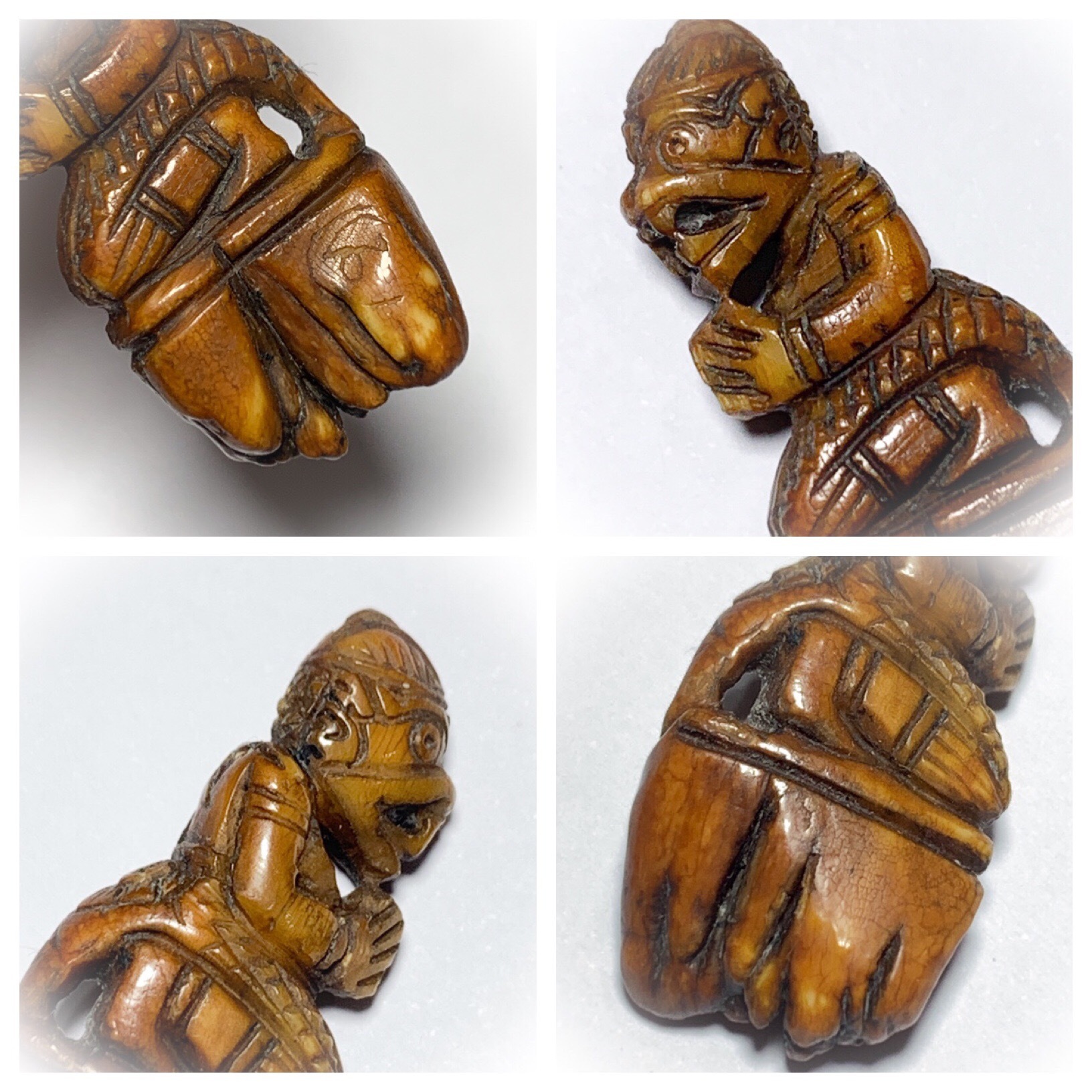