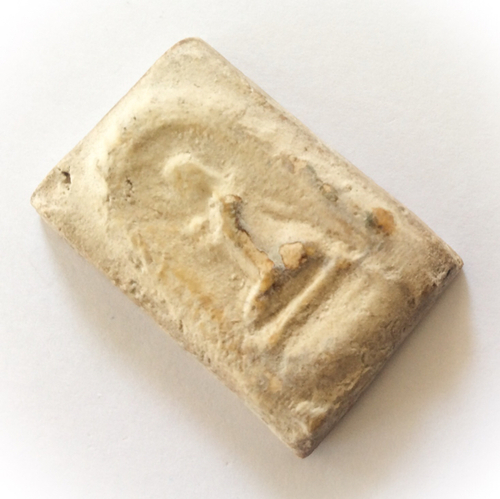 This classic competition class amulet is a well known category of competition entry, and a popular show-piece for serious collectors. Blessed and empowered by Luang Phu Tim of Wat Laharn Rai. The amulet was made in 2513, but released one year later in 2514 BE, after a second Buddha Abhiseka ceremony at Wat Pai Lom. The Nang Kwak is one of the rarer models of this edition.

Above and beyond this, the amulet is an authentic Sacred Buddhist Image, blessed and madein 2513 by Luang Phu Tim, released in 2514, in a ceremony held at Wat Pai Lom in Rayong Province (one of the Luang Phu Tim lineage temples). 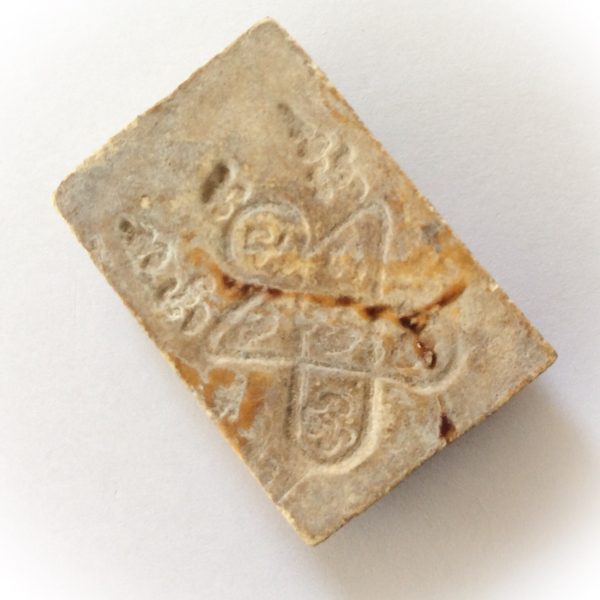 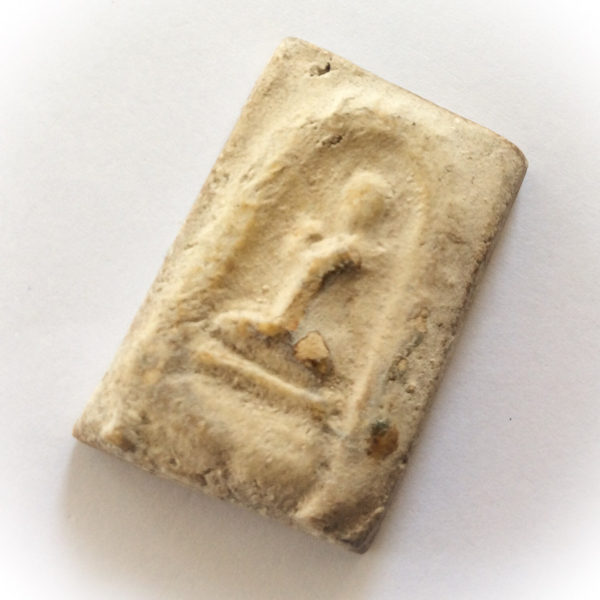 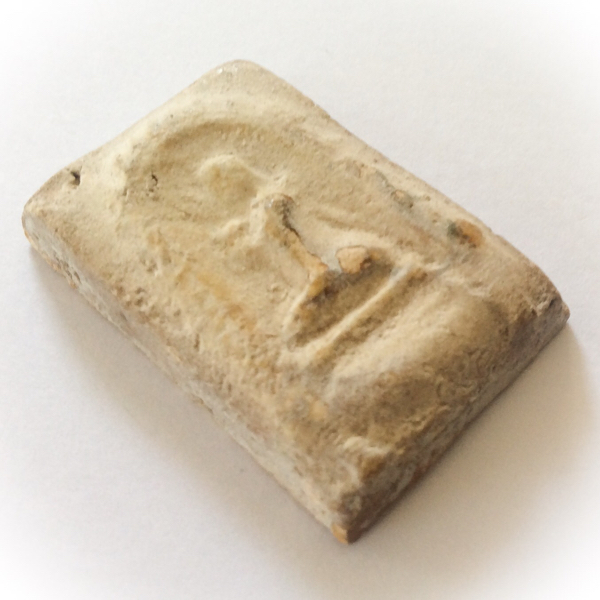 The famously powerful 'Yant Ha' (5 Dhyani Buddhas Yantra) of Luang Phu Tim, is embossed in relief into the rear face of this most classic, rare, sacred, powerful, Pra Kru amulet. This Pim is now risen to top class status and has become yet another of the most highly sought after amulets of the great Luang Phu Tim, and is considered an extremely prized acquisition.

This edition is now becoming the most sought after edition since the complete depletion of the already extreme high price range editions which came directly from Lat Laharn Rai. Such editions are now only affordable by the wealthiest of devotees and collectors, and which require a very high level of expertise in recognizing and authenticating before risking their purchase. 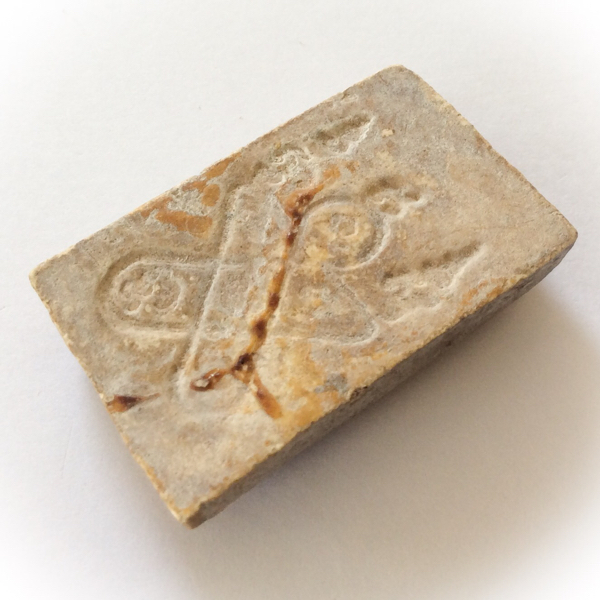 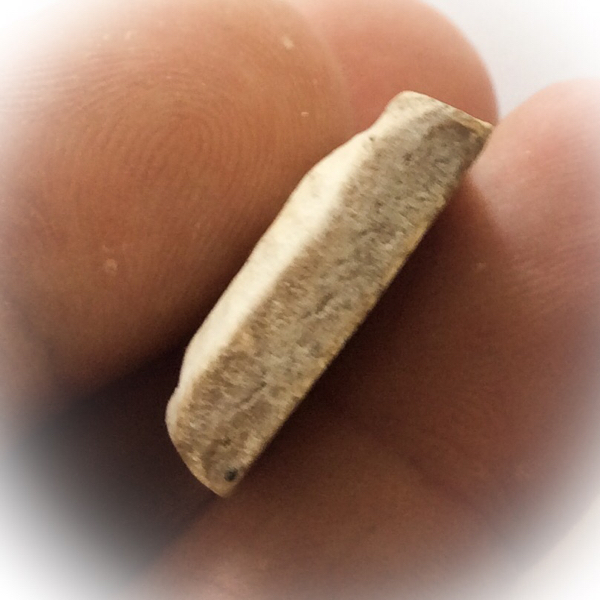 Containing his famous Muan Sarn Sacred Powders that are now legendary and priceless the world over. This particular exhibit has not yet been entered into competition, but is in our opinion most definitely worthy of a prizewinning status, and would easily take prominent lead in its category. This can be entered in any and all high end competitions of world class category in both Regional and National competitions. 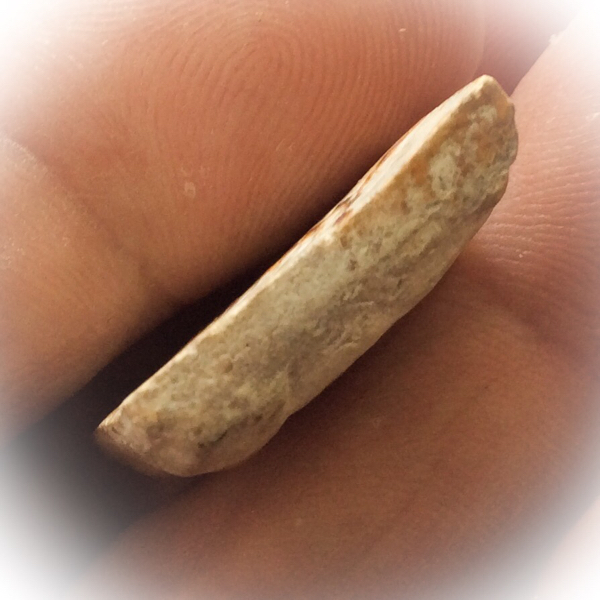 It can stand its ground against any Pra Niyom Amulet for its individuality and Class, and would be proud to be worn by any collector of all levels, simply because of its Class, Status and Revered Master Monk who made and blessed it. 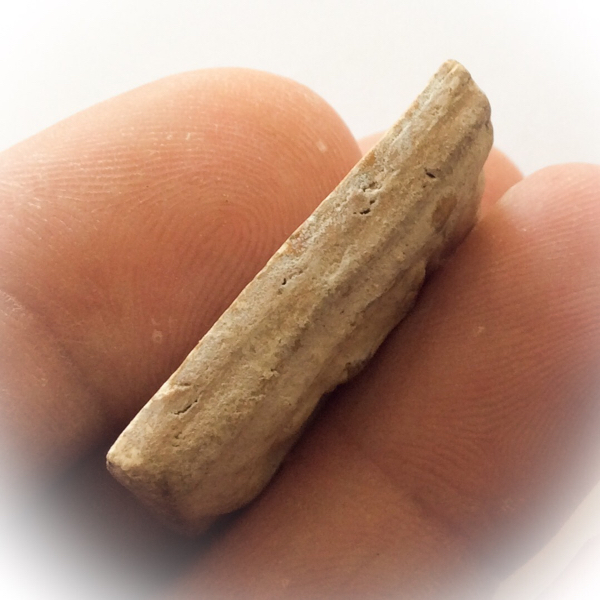 There are many different colored mineral derived elemental substances, which give the amulet an inimitable appearance when you examine the surface textures to find the different components of the Muan Sarn Sacred Powders within the amulet, and if present, can authenticate and confirm its validity. The amulets are made from a Muan Sarn Sacred Powders composed of a large variety of sacred clay earths, Pong Prai Kumarn, herbal pollens and powders, and Puttakun powder. Herbs and Sacred ingredients with all sorts of different blessings and powers were added to gif a complete range of blessings. 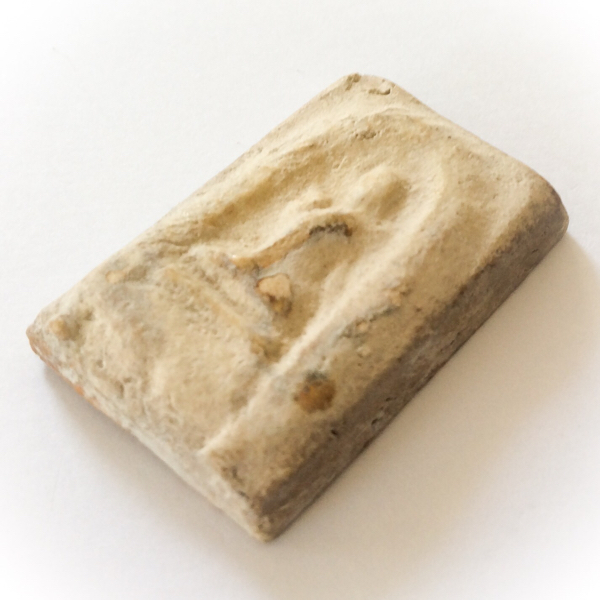 This particular model is seen to be much more preferred than the models without the 'Yant Ha' Sacred Yantra so famously used by Luang Phu Tim on rear face, for it is believed that these models were first made at wat laharn rai by Luang Phu Tim himself and entered into the Wat pai Lom ceremony, and can be seen to possess much more Pong Prai Kumarn from Luang Phu Tim, and not only the Jinda Manee Powders he donated to Wat Pai Lom edition. In a recent auction in Thailand, this model, and indeed a very similar example as far as clarity and Pim are concerned, went for over 2400$ U.S. (70,000 Baht), as can be seen in the below screenshot. 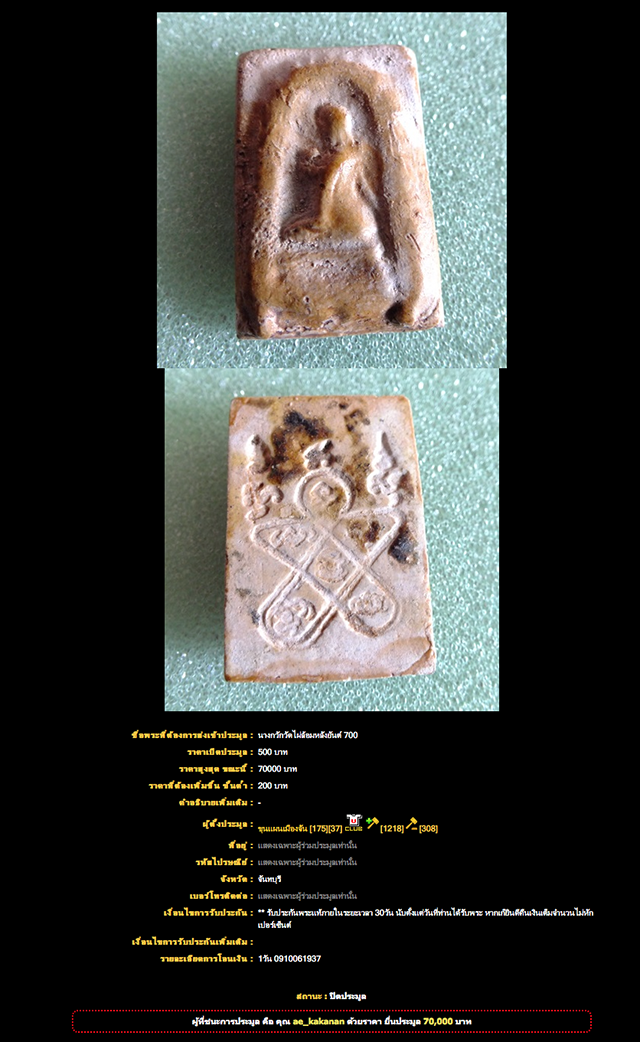 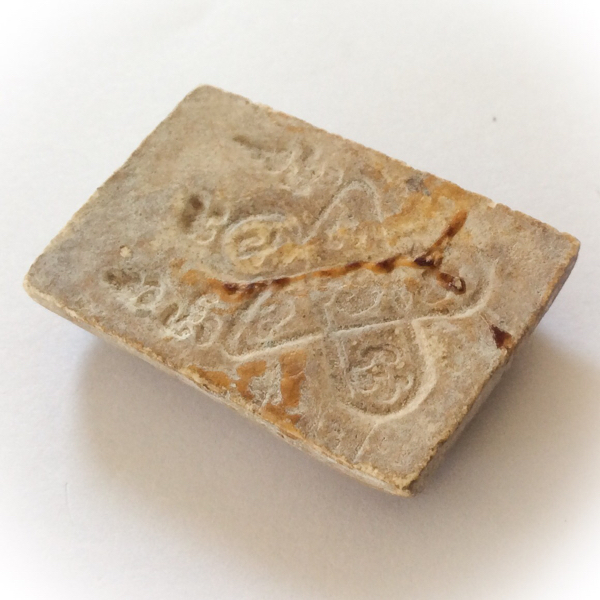 What to chant? What to Offer? How to place the statue?…
Nang Gwak is one of Thailands most commonly seen Deities. Her image is given offerings and prayed to, in order to increase wealth and business prosperity. She is a Deity revered by Merchants in both India and Thailand, by both Brahman, and Buddhists alike.

Nang Gwak is the helper of all shop-owners and merchants. She is normally seen placed on a high shelf (normally a wooden or red and gold lintel, called ‘Hing’ in Thai) and offered “Nam Daeng” (a red syrupy drink, often used in Bucha offerings to Deities in Thai Buddhist practice). Also, Incense, and flower garlands are offered to please Nang Gwak, and bring customers and make sales.

Use this Kata when you are going to sell things, or in your place of business in the morning. Here is a slow and clear pronunciation of the above text, exactly as it is written;