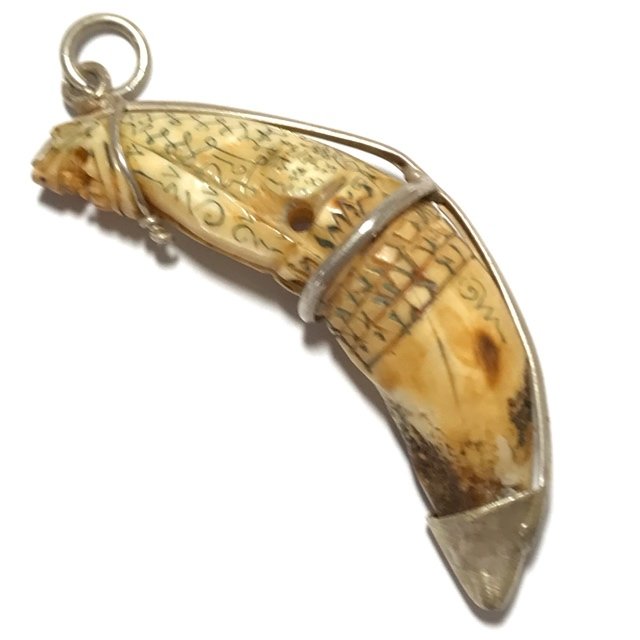 Khiaw Gae Suea carved Tooth, with hand carved tiger and inscribed with Khom Agkhara from Luang Por Nok, of Wat Sangkasi - Circa 2450 BE - Kong Grapan Chadtri Maha Amnaj Talismanic Amulet of Master Class Status. The tooth is encased with a solid silver wire frame and pendant hoop for wearing. This exhibitnf measures 5 Cm Long is highly attractive for being almost completely covered with Khom Agkhara spell inscriptions, with the visibly inimitable style of inscription used by Luang Por Nok, which contains the Wicha of Luang Por Parn (Wat bang Hia / Wat bang Bor), with his own additional extra inscriptions. Mostly the amulets of LP Nok will have more inscriptions than those of his Mentor LP Parn (although some amulets are found with only minimal inscriptions if small) 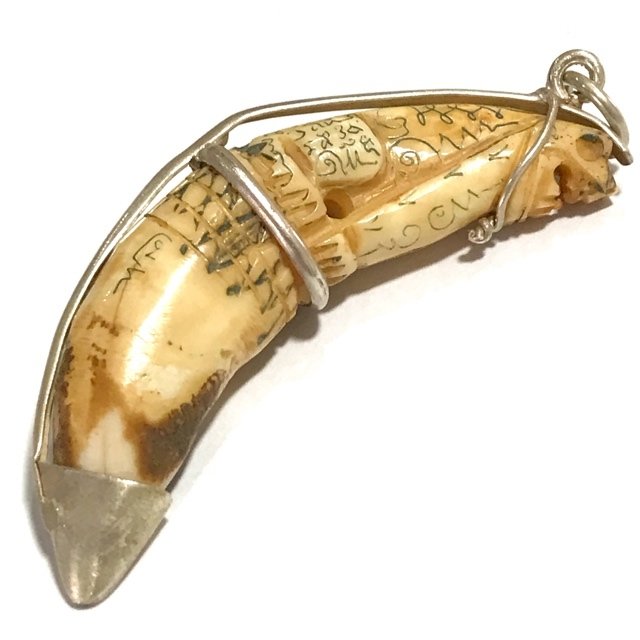 A Kong Grapan Chadtri Maha Amnaj Talismanic Amulet of Master Class Status, imbued with the natural Power of Maha Amnaj instilled by mother nature believed to dwell within all Teeth and Tusks, of Tigers and Wild Boars and Jungle Predators, as well as within all the bones of such creatures, as well as being empowered with the Wicha Suea.

The tooth is 5 Cm in length and 2 Cm curvature breadth. Luang Por Nok of Wat Sangkasi (Born 29/12/2392 BE - Passed Away 21/09/2475 at 83 years old). Luang Por Nok was most famously known as being direct lineage Master and Prime Apprentice in Buddha Magic, of the Great Luang Por Parn of Wat Bang Hia. 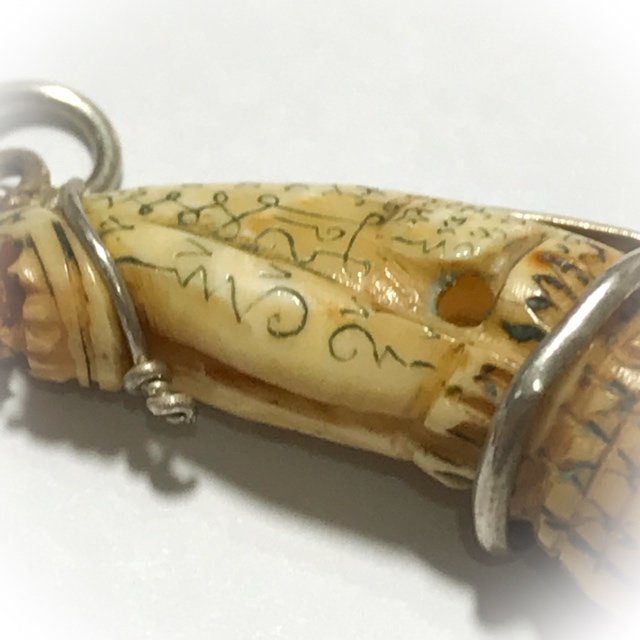 Luang Por Nok was highly renowned for his Lineage Mastery in the making and empowerment of Tiger teeth and Carved Tiger Amulets, in the traditional methods of Luang Por Parn of Wat Bang Hia. He made carved tiger amulets from a variety of materials, including tiger teeth, golden jungle cat teeth, bear teeth, ivory and boar tusks, and other teeth such as baboon and monkey teeth. 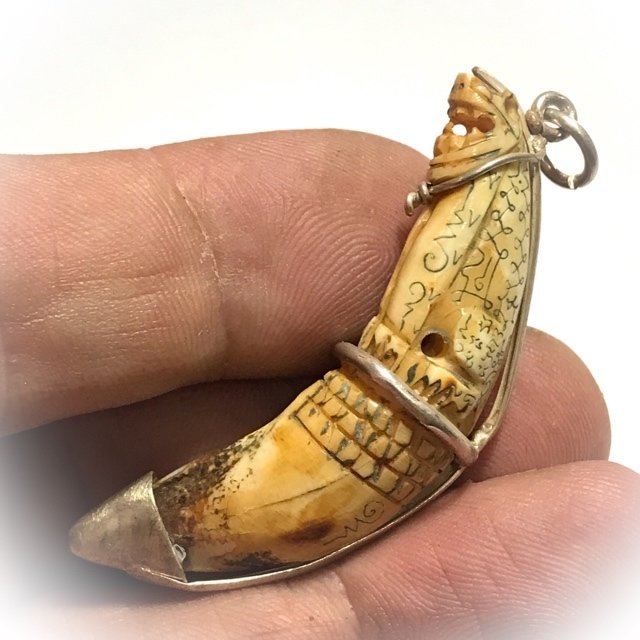 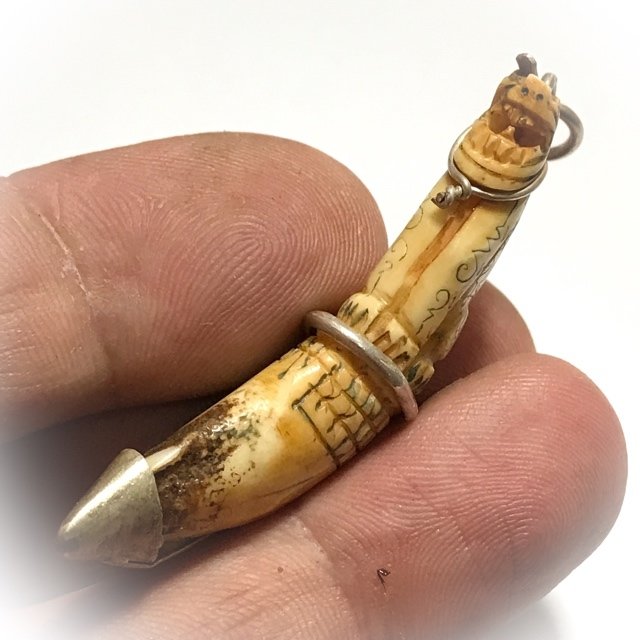 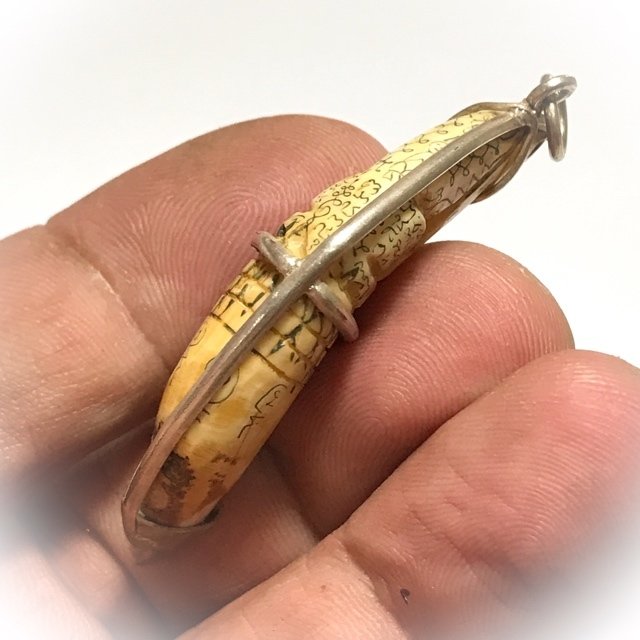 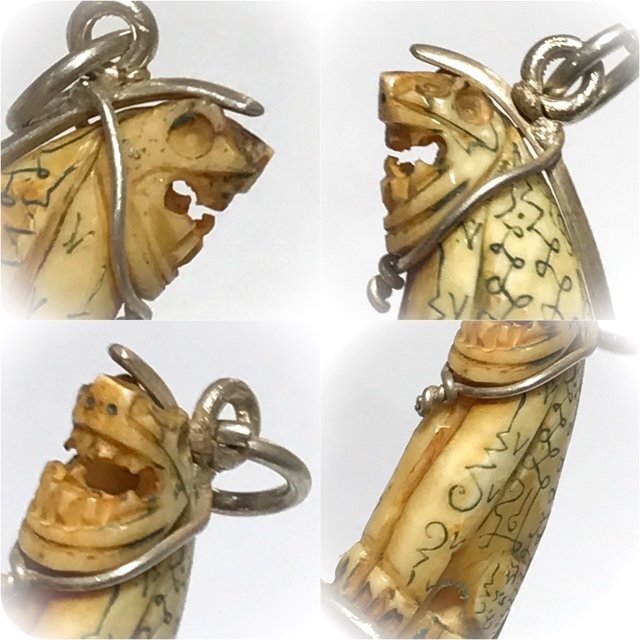 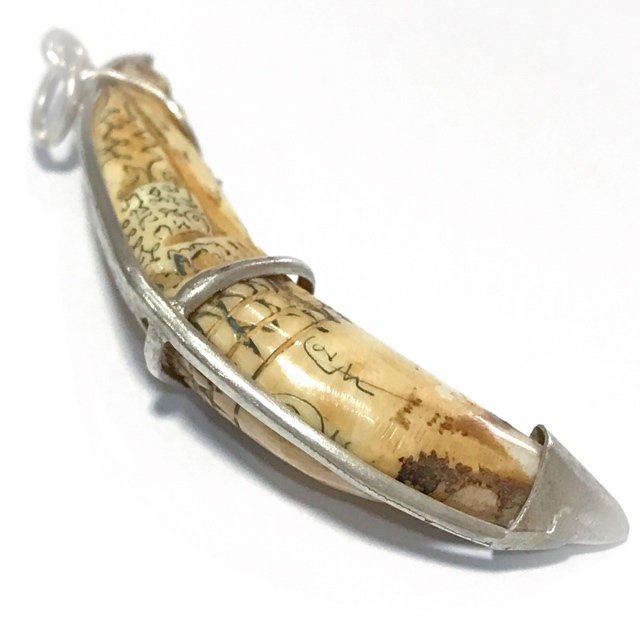 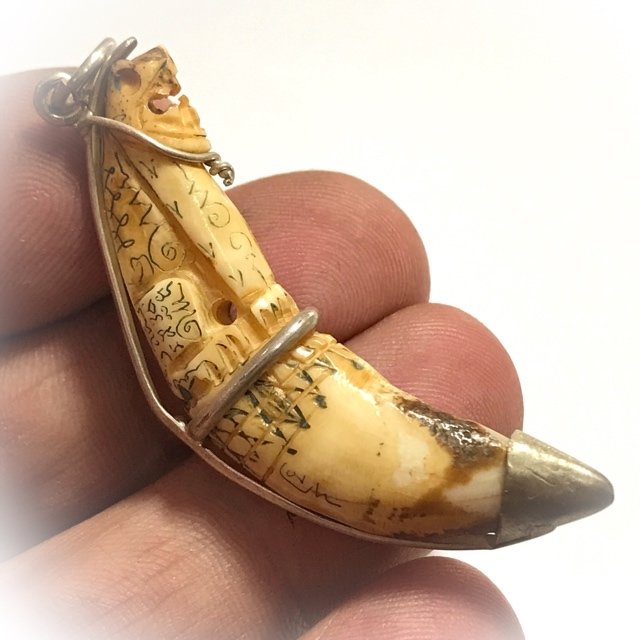 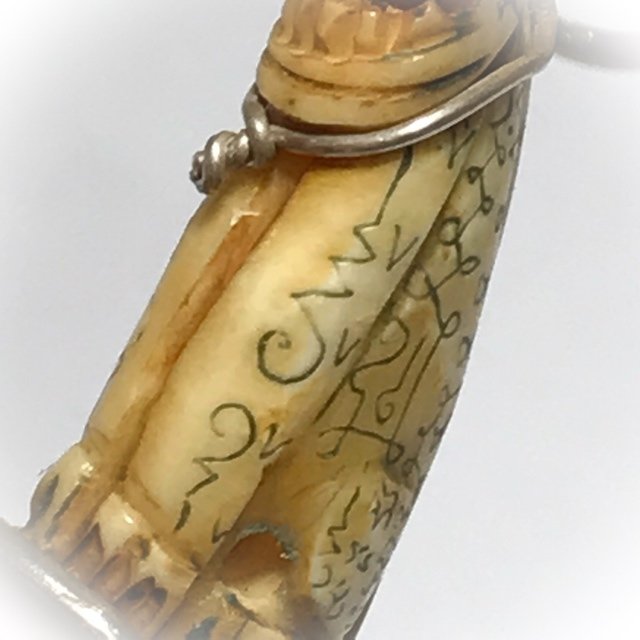 Below; the 'Kraap' stains within the recesses of the engraved inscriptions reveal the age of the amulet, which concurs with the era of Luang Por Nok, as well as being recognisably his type of inscriptions, including the "U" Agkhara on the front legs of the tiger (above image) 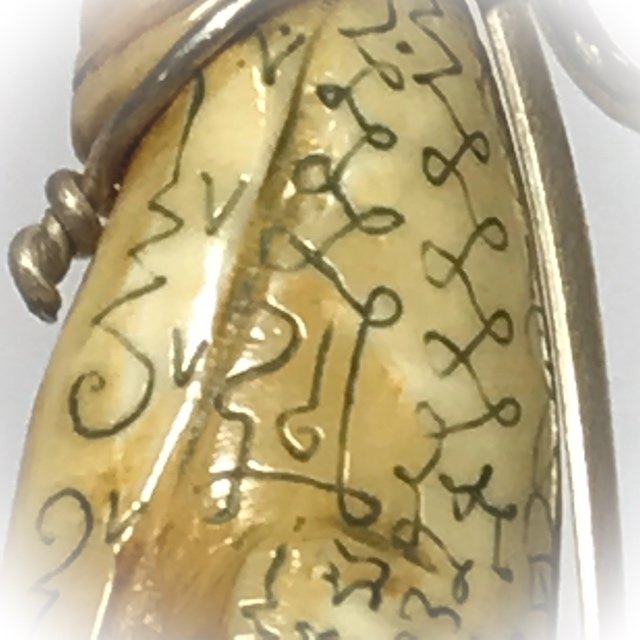 The tooth has a silver wire pendant ring attached to the frame for using with a neckchain or a cord around your waist, or for other methods of attaching as a pendant. 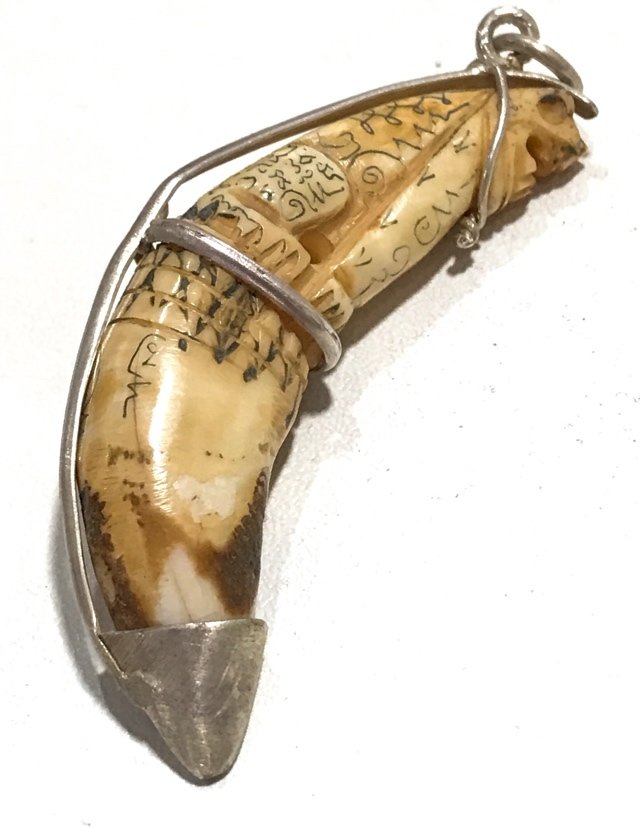