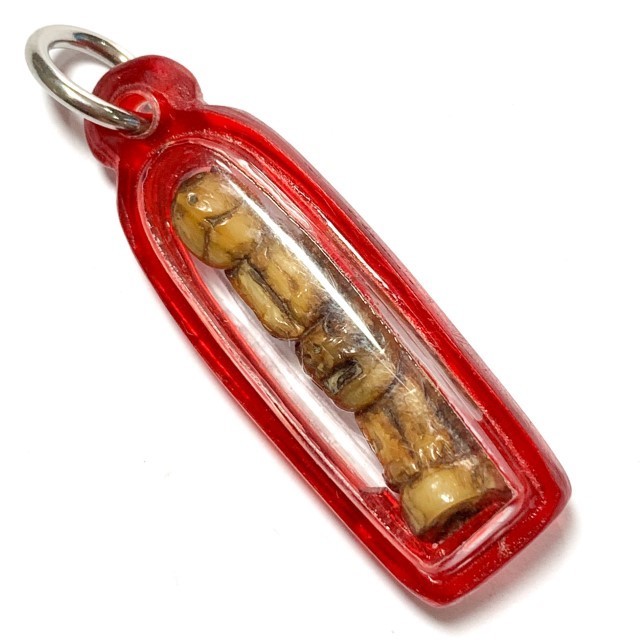 Khiaw Suea Gae Jarn Mer Sacred Carved Tiger Tooth Amulet made in the image of two tigers, one seated upon the other, in two of the famous Pim of Luang Por Parn, with Pim Pak Aaa and Pim Pak Hub designs, incorprated into two tigers carved out of a single tooth. A Kong Grapan Chadtri Maha Amnaj Talismanic Amulet of Master Class Status. 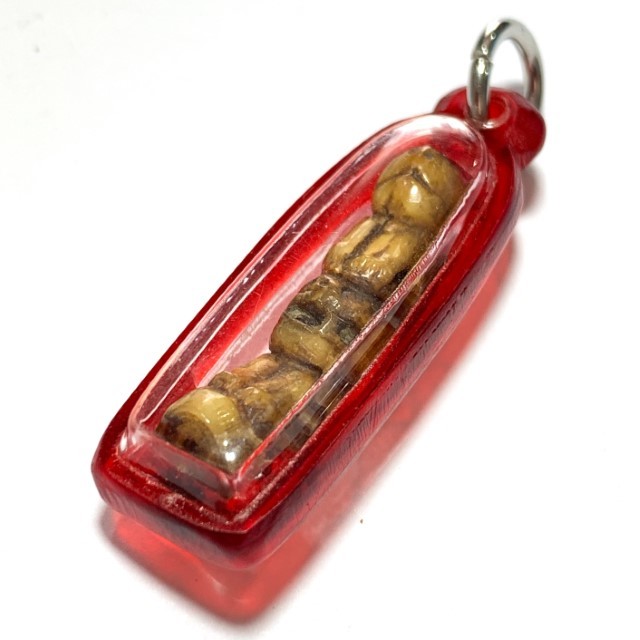 The amulet has a beautiful ochre Patina on the surface from aging through the many decades of time that have passed, and thorugh contact with the skin of devotees, and is a most pristine example of a Suea Luang Por Parn. 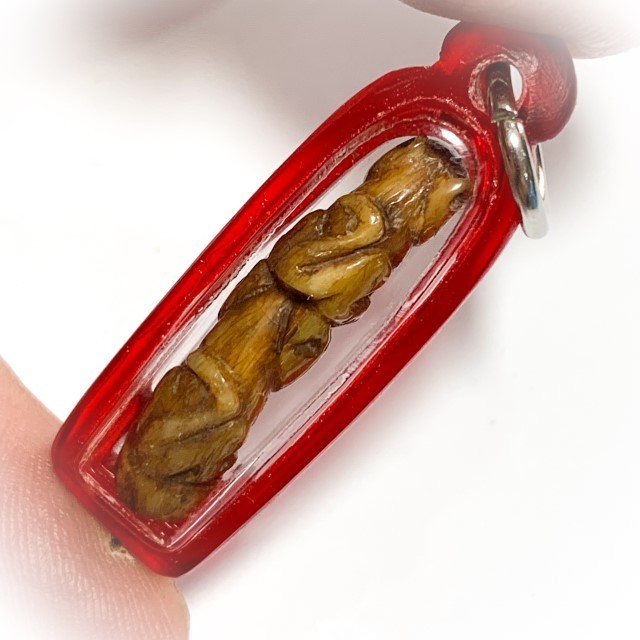 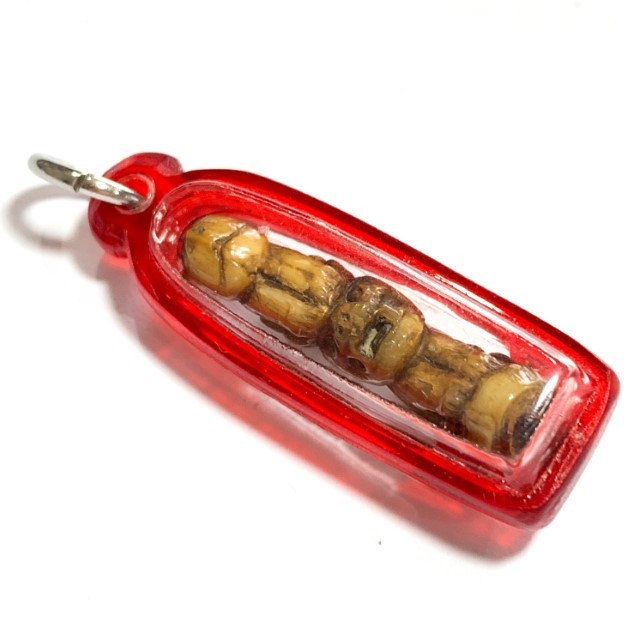 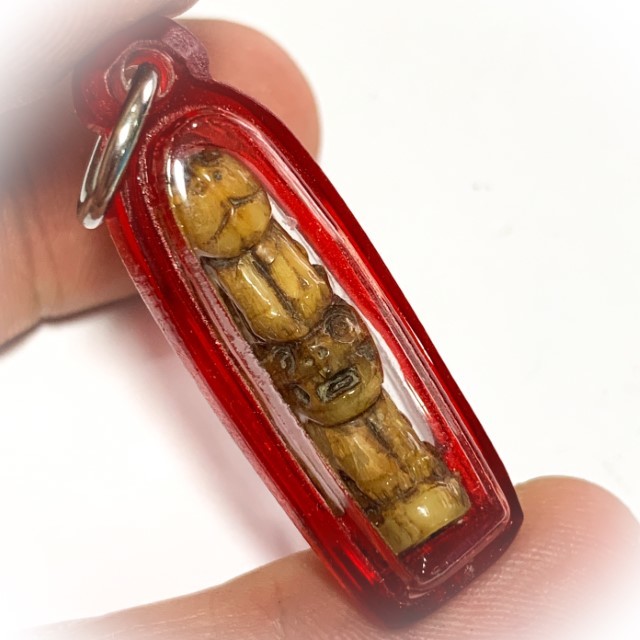 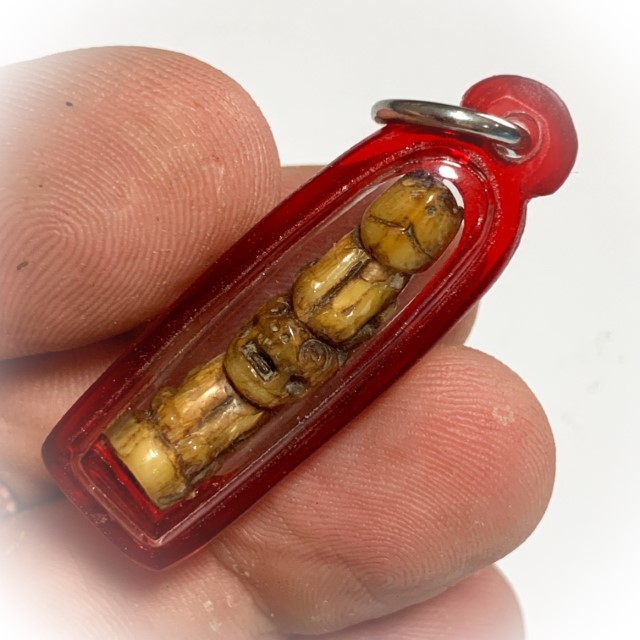 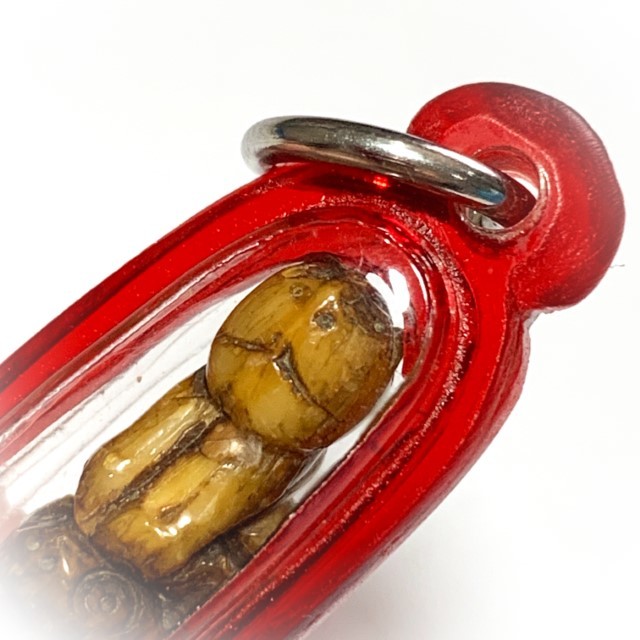 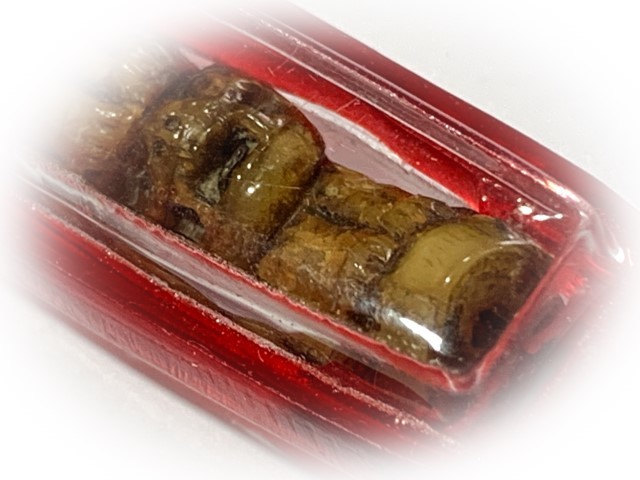 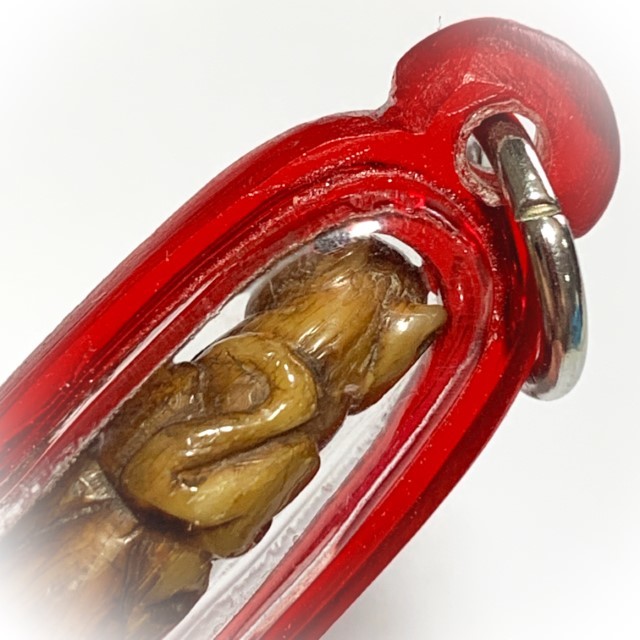 The truth is however, that the word 'Hia' which means both 'monitor lizard' (which is the true reason for the temple being named Wat bang Hia, due to a lot of Monitor Lizards being around in those days), also is a swear word, meaning 'very bad person'. Because the name of the temple of Wat Bang Hia was seen as Inauspicous to some people's ears, it was changed to 'Wat Klong Dan' 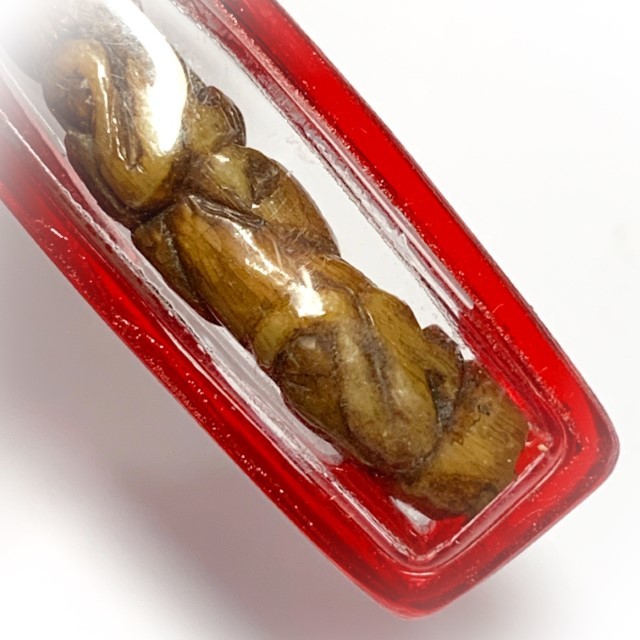 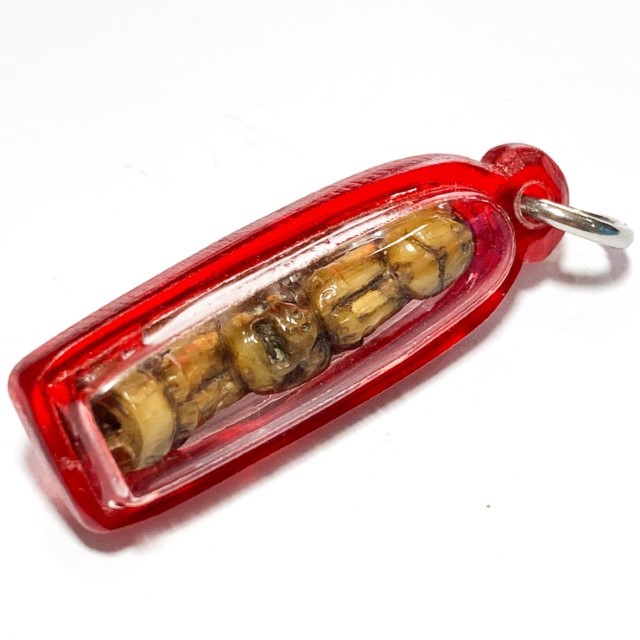 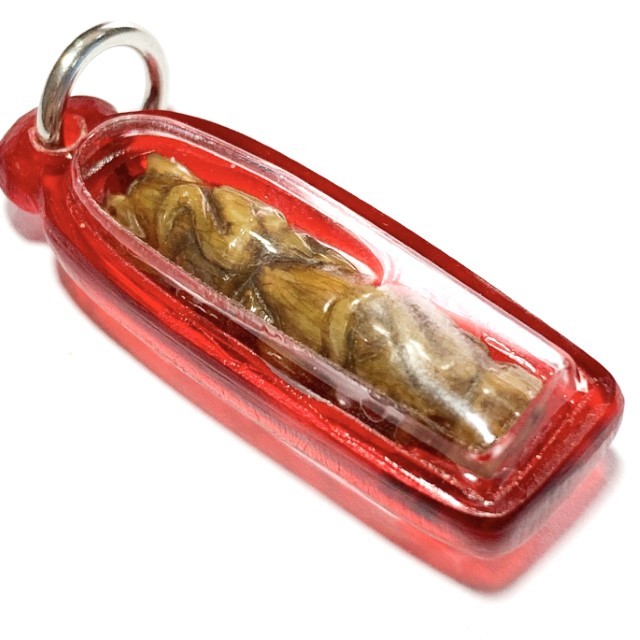 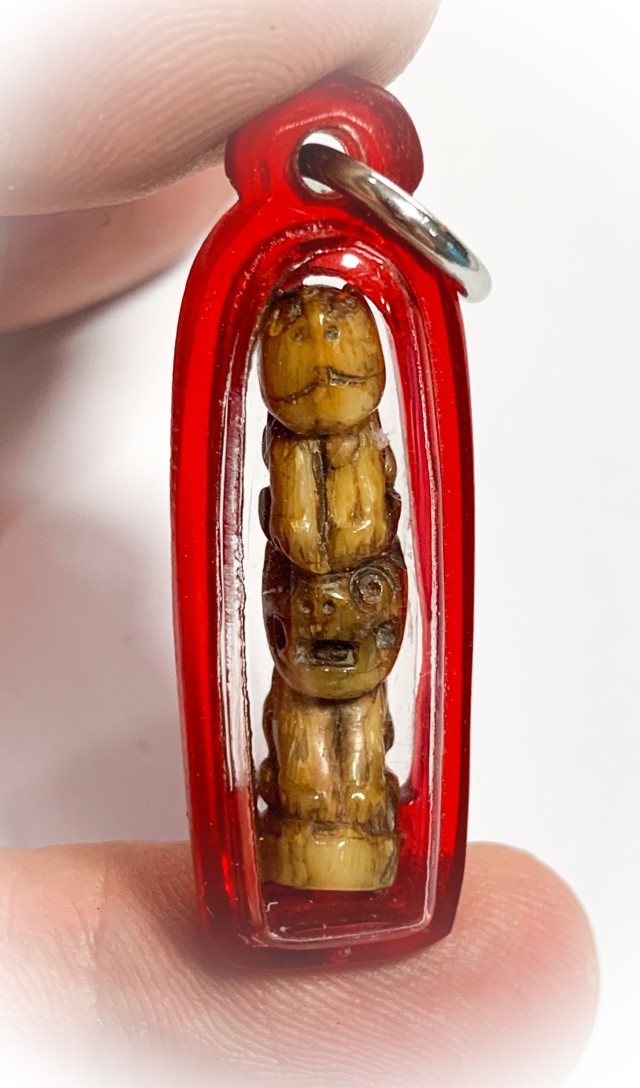 Because of this he recieved the teachings and attained Mastery of the methods of Luang Por Parn in a very short space of time, and was soon considered to have a level of Mastery and Understanding that Thai people call 'Dtaek Chan', which means to Master a subject to the point where one excels above all other practitioners. 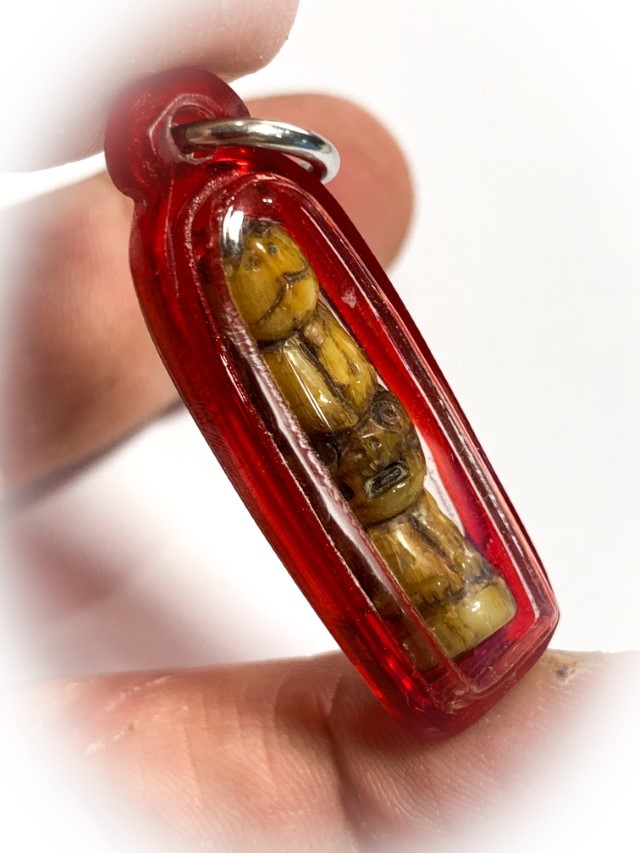 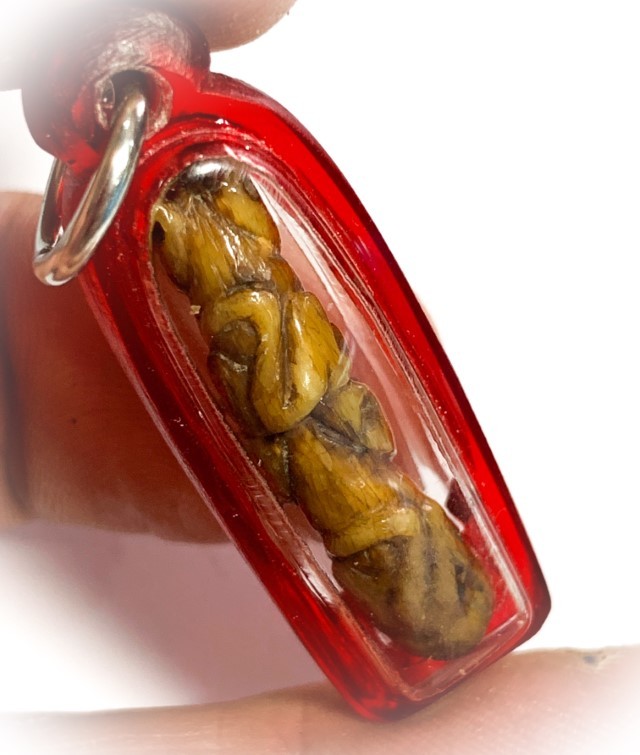 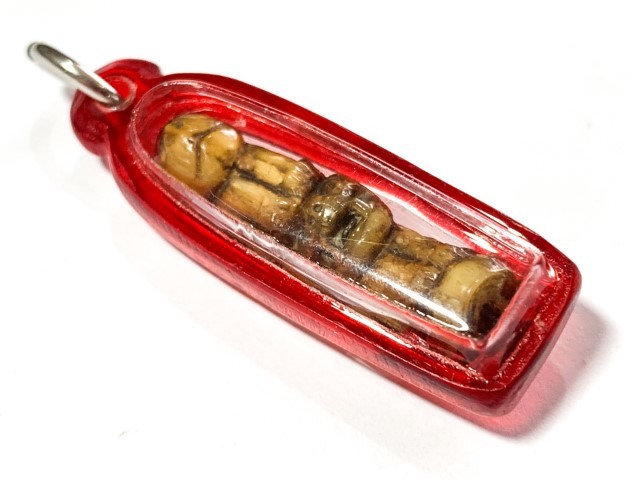 The tooth is encased in waterproof casing for attachment as a pendant from an earlier devotee, but can be re-encased for free with waterproof casing if desired, or can be removed and placed in Solid Gold Gasing if wished (at extra cost). One could say that this exhibit is an extremely pristine and beautiful example of Khiaw Suea Gae, with most beautiful features, and highly visible inscription, revealing the authentic evidence of the hand of a preferred artisan of the great master Luang Por Parn 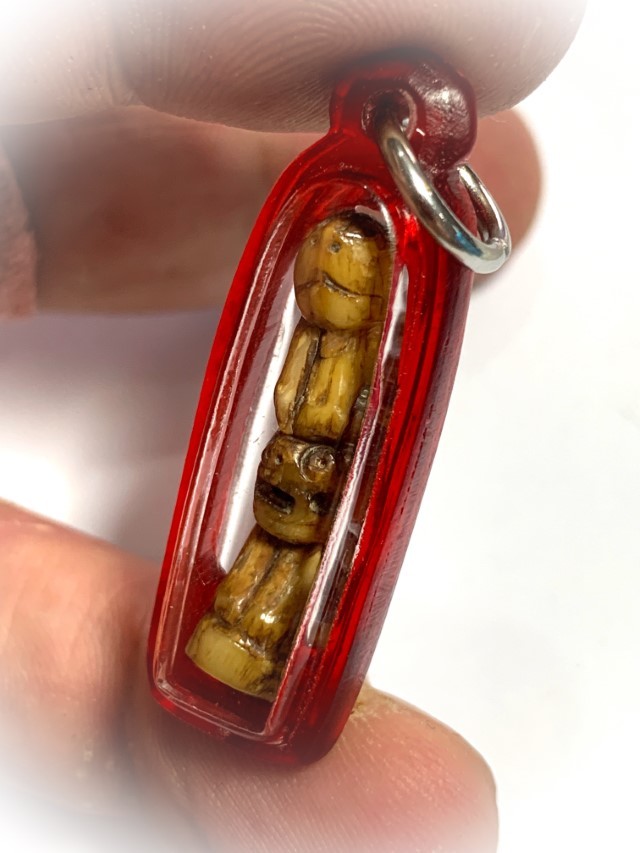 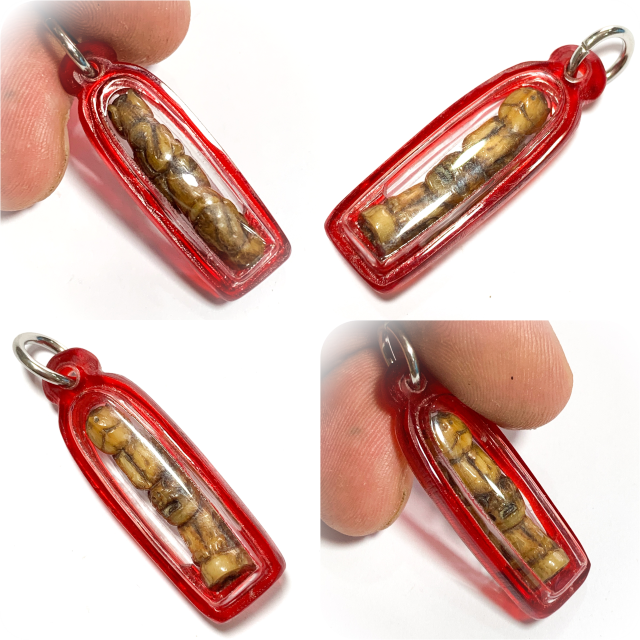