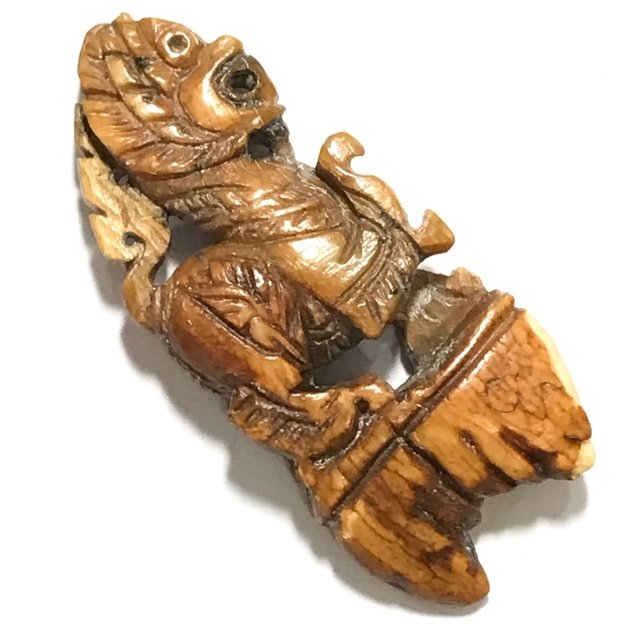 Hand Carved tusk with Singha Himapant Lion (Rachasri Phone Pouncing Lion), carved exquisitely one of the preferred top artisans, for blessing by the Great Olden Days Master of World Class Legendary Status, Luang Por Derm Puttasaro, of Wat Nong Po. Estimated around 2470 BE, this immensely detailed and decoratively carved amulet is both imbued with the natural Power of Maha Amnaj instilled by mother nature believed to dwell within all Teeth and Tusks, of Tigers and Wild Boars and Jungle Predators, as well as within all the bones of such creatures, as well as being empowered with the Wicha Rachasri Phone of Luang Por Derm. 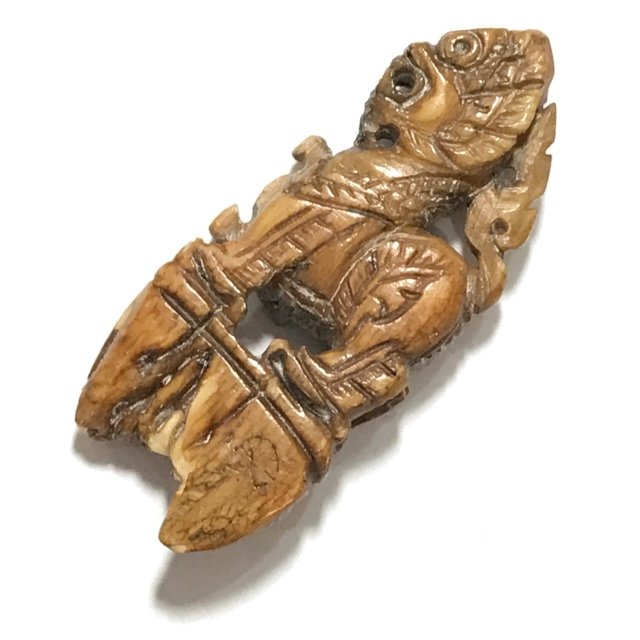 Comes with free EMS shipping included. This item is a Master Class amulet that is not only revered and sought after for its Magical powers, but also for its immense beauty and status as a work of Minature Buddhist Antique Arts. This exhibit stands out from others for its incredibly beautiful artisanry and design, and detail in the carved relief, as well as for its character and ease of recognition through the visibly natural aging process which has given the amulet its beautiful Patina. 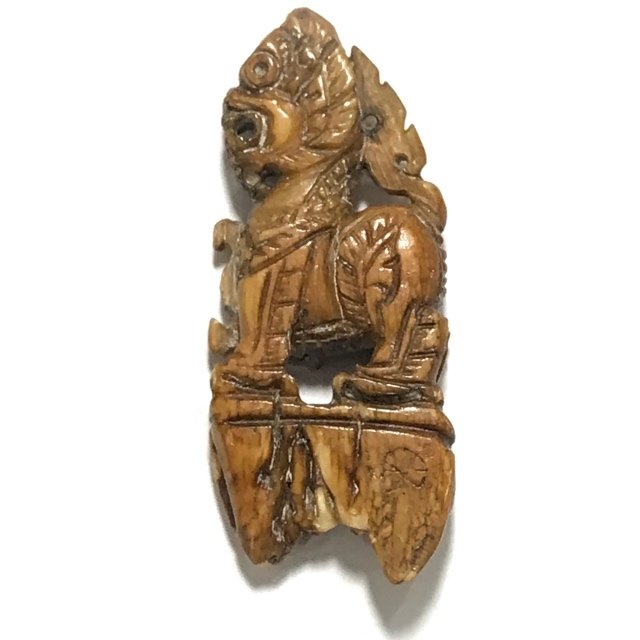 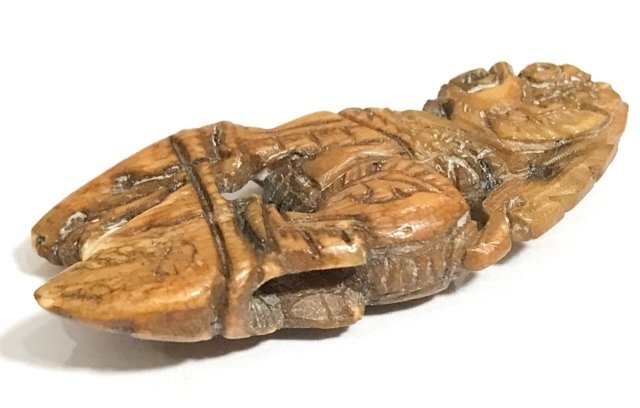 A most original miniature hand carved tusk of the finest artisanry with truly exquisitely fashioned decorative embellishments, that is an immense Rarity to come across, from the early times where Devotees would flock to the temple of Wat Nong Po, to beseech Luang Por Derm to bless amulets. 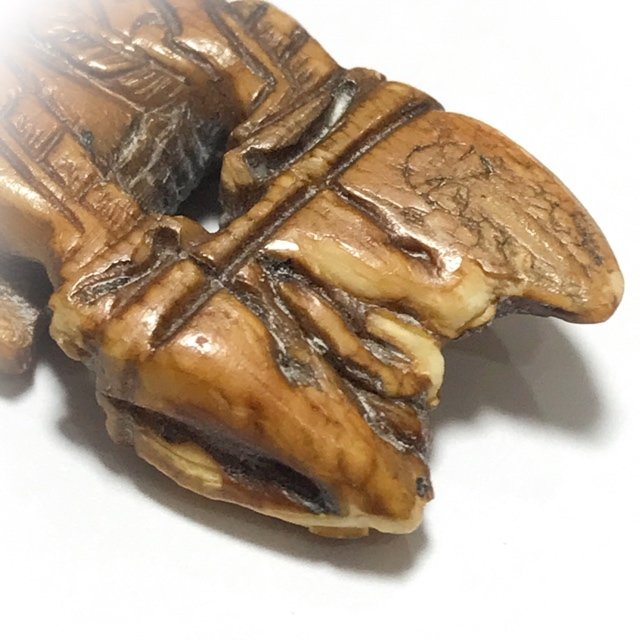 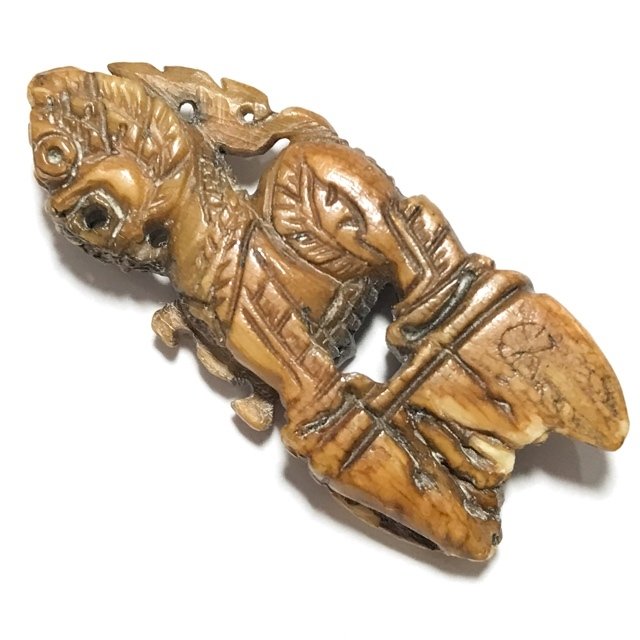 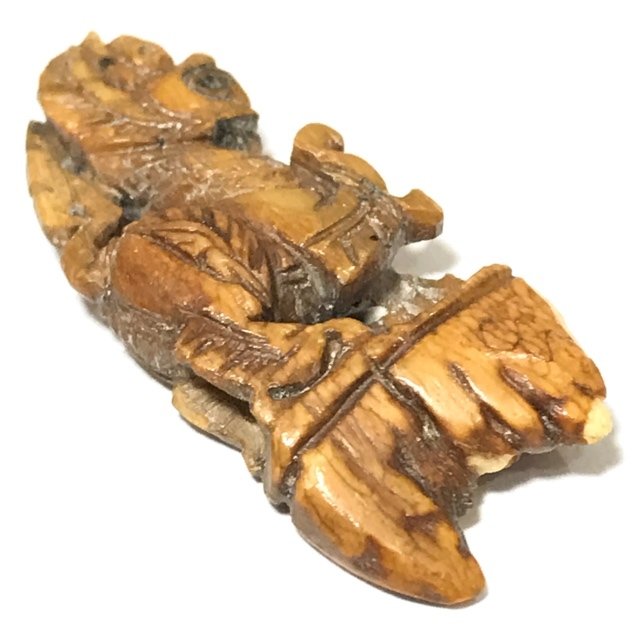 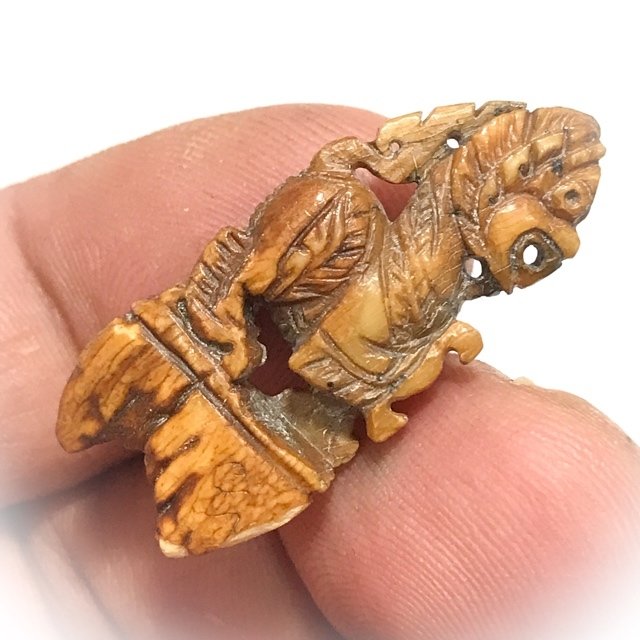 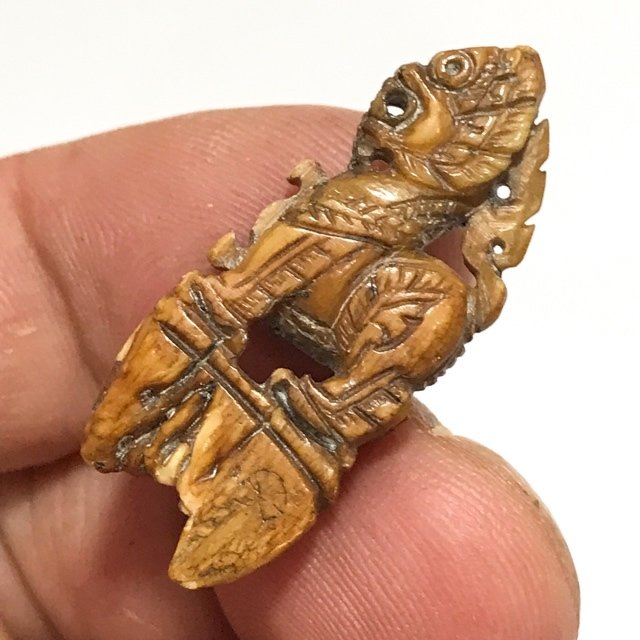 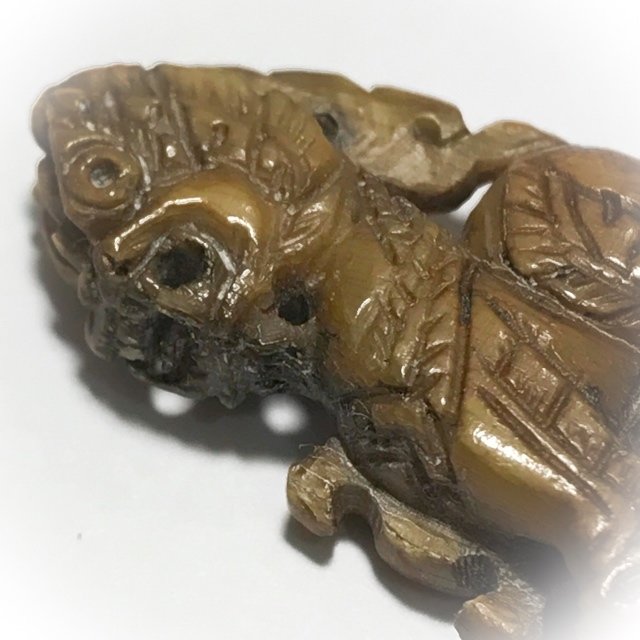 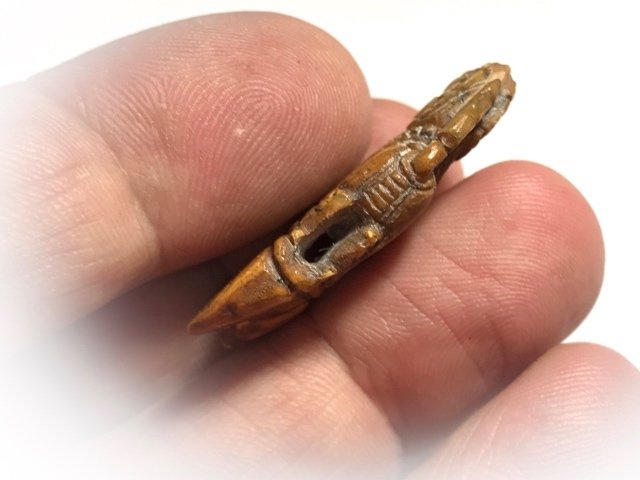 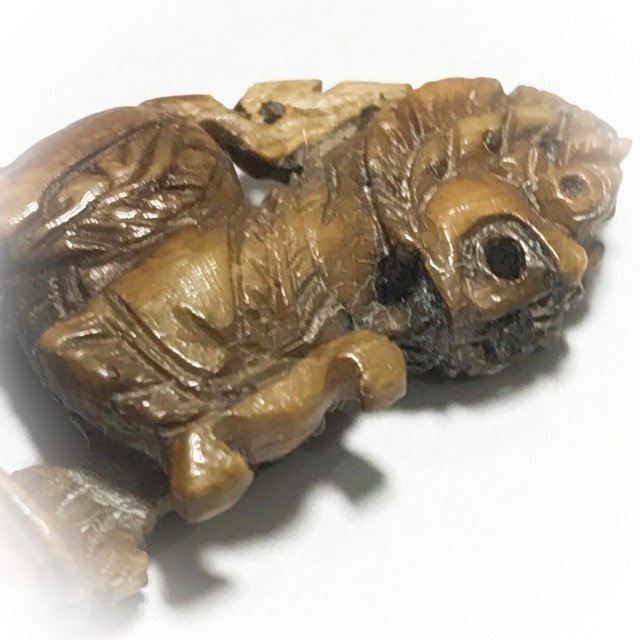 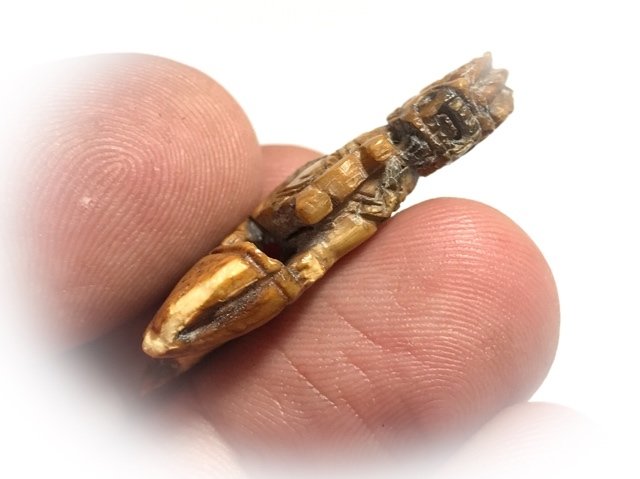 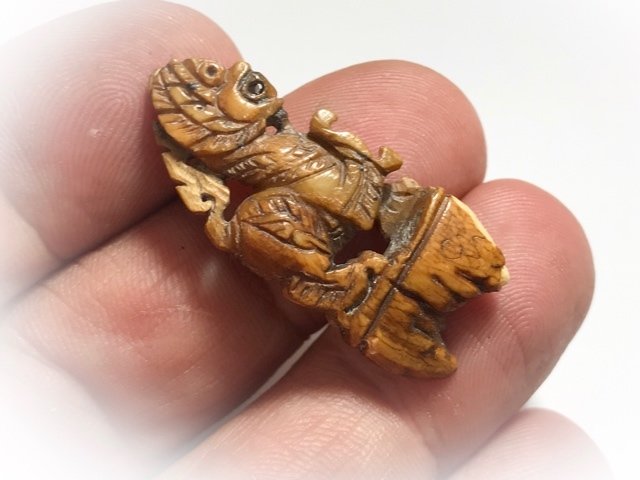 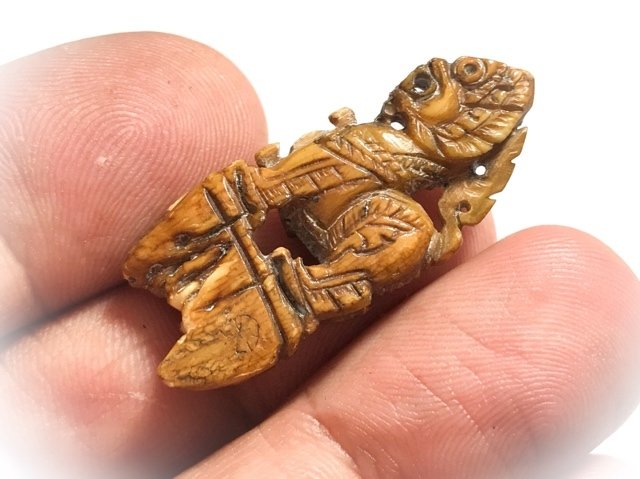 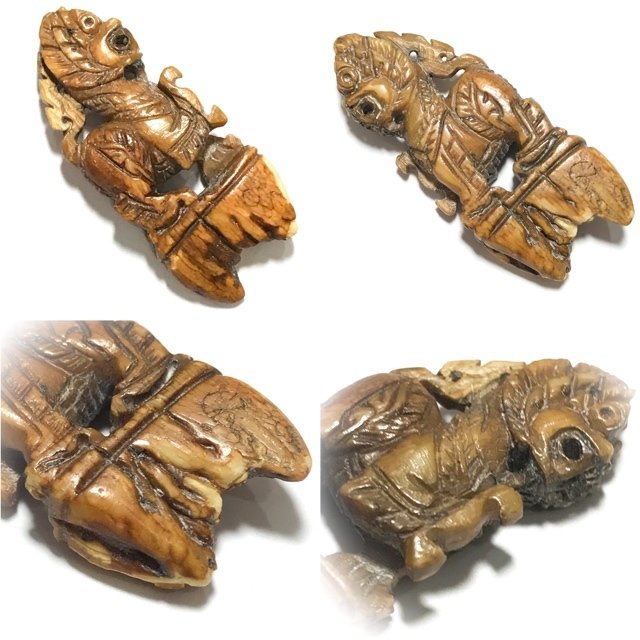