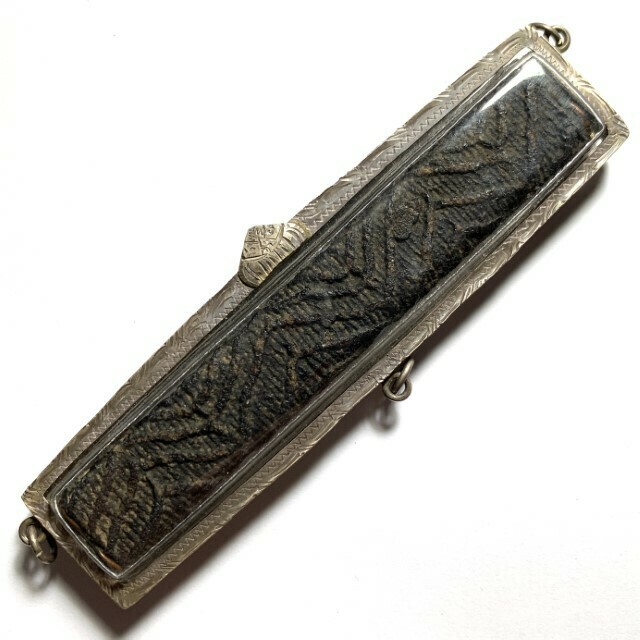 An Incredibly Sacred, Rarest and Unquestionably Powerful Ancient Amulet of Master-Class Category, An Early Era rarely encountered Twin Takrut Sariga in Nuea Tong Daeng Copper Yantra Foil, with Lai Fan Jorakhae 'crocodile teeth' style cord wrap, from the Great Olden Days Master-Monk, Luang Phu Sukh, of Wat Pak Klong Makham Tao , in preferred style, and an exemplary exhibit, of of one the most sought after and powerful amulets of the Talismanic variety in the whole history of amulet Pantheons;

The Legendary Takrut Tone Thak Lai Jorakhae of Luang Phu Sukh, of Wat Pak Klong Makham Tao, is one of the top Takrut in all Thai Buddhist History. This exhibit is an extremely rare, and hardly ever seen double Takrut Tone (Sariga Koo), in Nuea Tong Daeng sacred copper, with Lai Jorakhae crocodile pattern cord wrap, and is encased in traditional decorative 3 ringed casing. The Takrut is Estimated to have been made by Luang Phu Sukh in the early era years Predating 2460 BE. 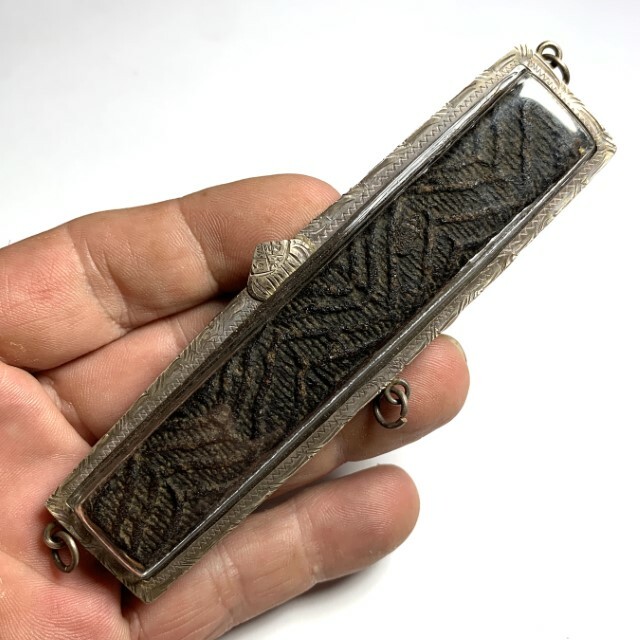 Free EMS/DHL Express Air Parcel Worldwide is included with this amulet. The artisan's design shows itself to be the work of official artisan, for its 'crocodile markings' cord wrap, and clearly defined features. The cord and lacquer wrap reveals its true early-mid era age from the clearly ancient cord, of a type which was only available in those days, and the lacquer so worn down that one can only assume oneself to be looking at a Centenarian amulet.

The amulets of Luang Phu Sukh, who is perhaps the greatest of all Master Monks with Wicha Akom, are among the most sought after and valued in the world of Thai Buddhist Amulets. Be it his Rian Roop Muean, Somdej Rasamee and Somdej Prapa Mondon, or his Pra Pid Ta, Prok Bai Makham, Takrut, Prakam Rosaries, Takrut and other Talismanic Charms, the spiritual value and magical power is equally regarded as being of the most powerful and truly magical amulets one could afford. 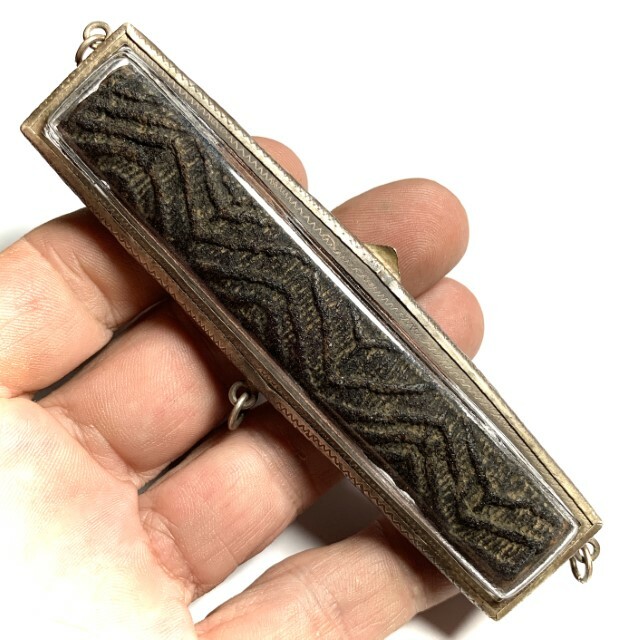 Luang Phu Sukh is one of the greatest Magic Monks of all Thai History, for which reason this is an amulet more to keep and Bucha than anything else, although it is also a good investment as the price will become ever more expensive. This is an extremely rare and difficult to find amulet, and most sacred and desirable addition to anyone's collection. This is a wonderful opportunity for devotees of Luang Phu Sukh to obtain an authentic ancient amulet blessed by one of the Greatest and most Legendary Master Monks in the History of Thai Buddhism. 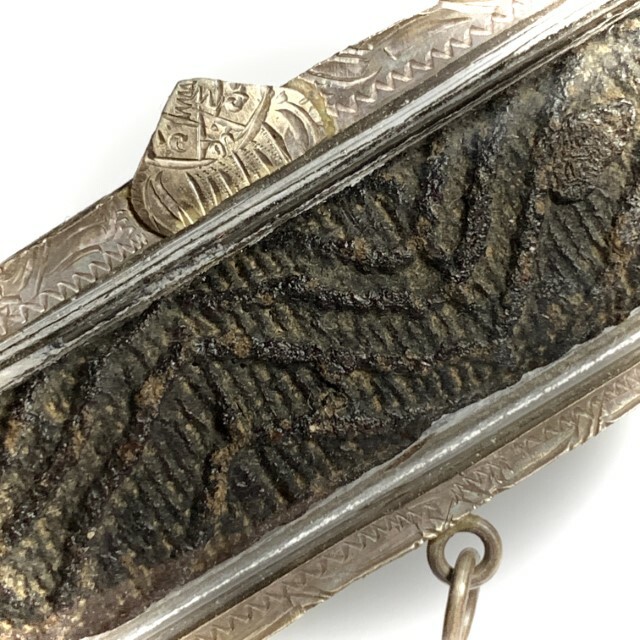 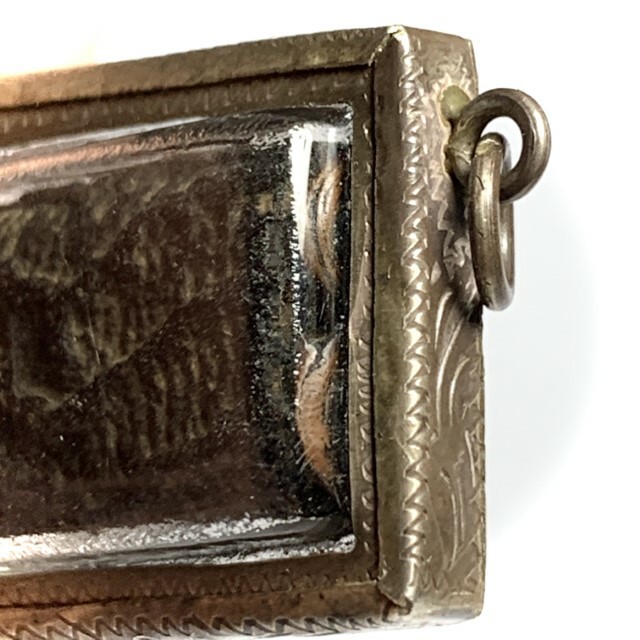 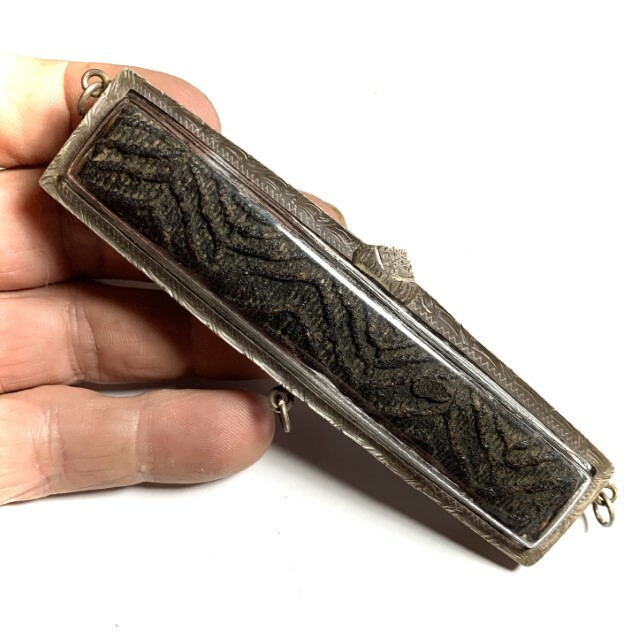 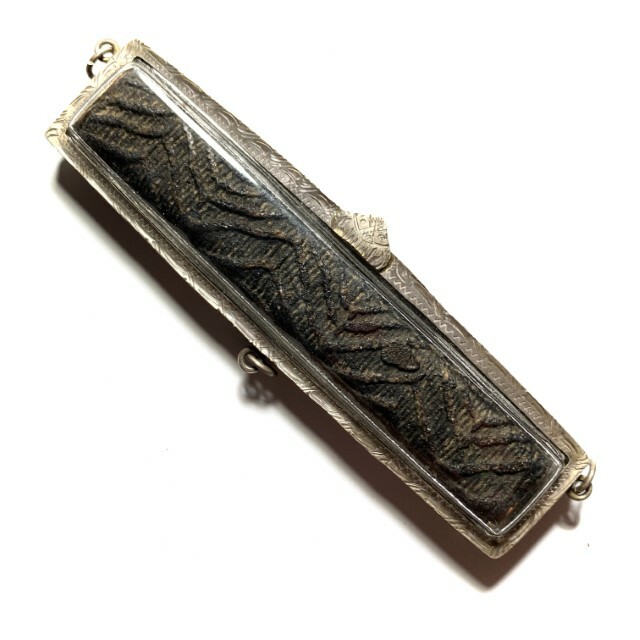 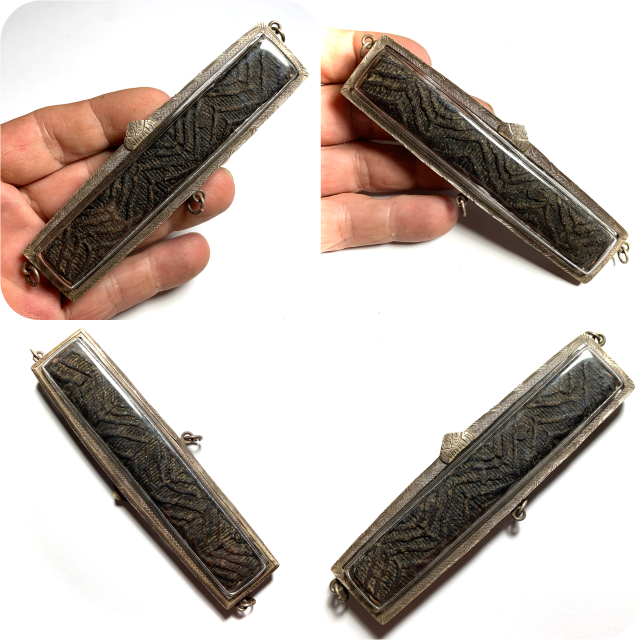