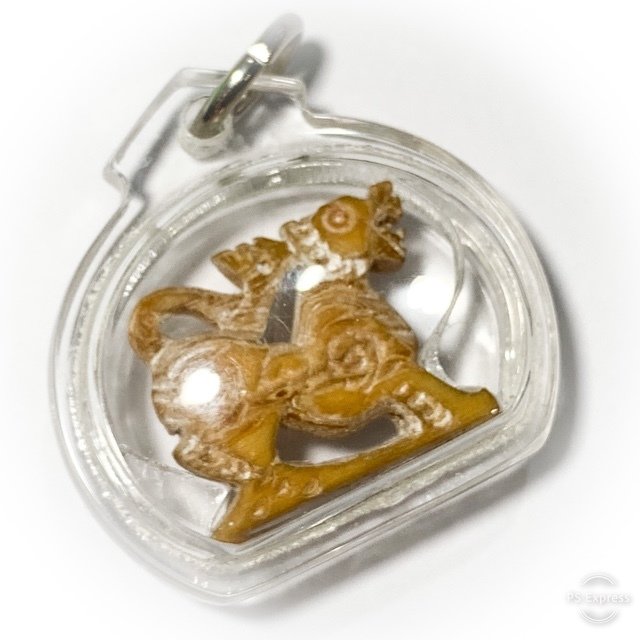 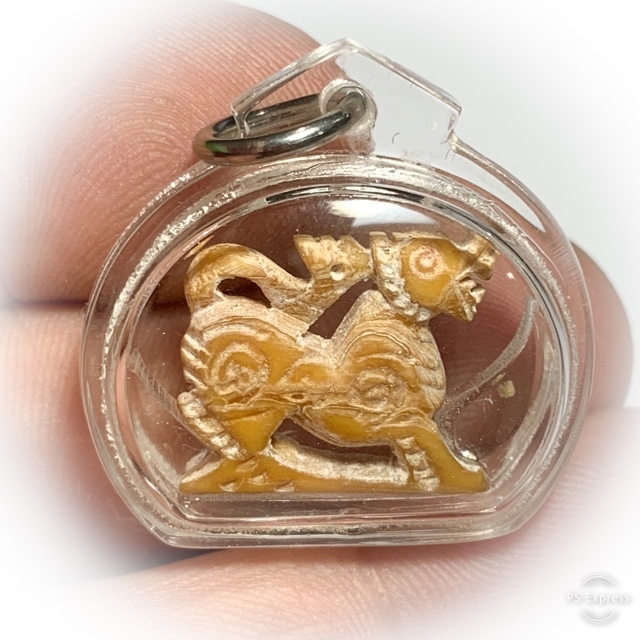 Estimated made around 2460 BE, this immensely detailed and decoratively carved amulet, is both imbued with the natural Power of Maha Amnaj instilled by mother nature believed to dwell within all Teeth and Tusks, of Tigers and Wild Boars and Jungle Predators, as well as within all the bones of such creatures, as well as being empowered with the Wicha Singh and Wicha Rachasri of Luang Por Derm. Considered a very powerful protection and power amulet. 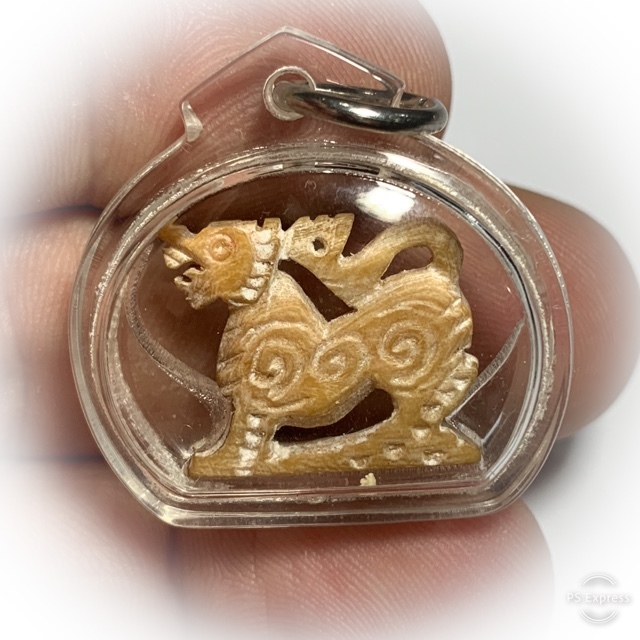 Below; Third Prize Winning A4 Certificate, and complimentary box with series number and third prize ribbon sticker from the Association of Amulets of Siam Thailand, which comes with 3rd Prize Status and amulet Certificate No. 2573. 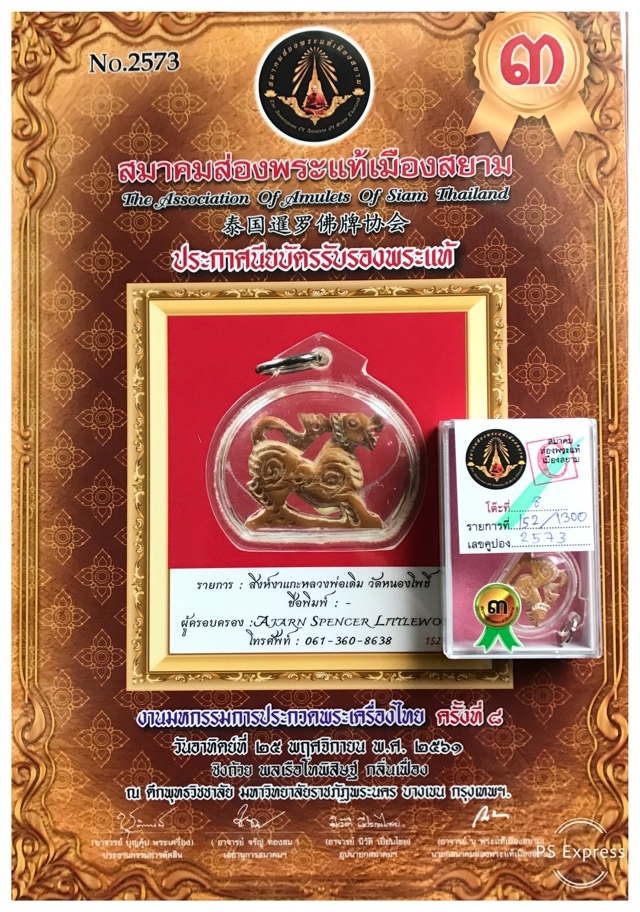 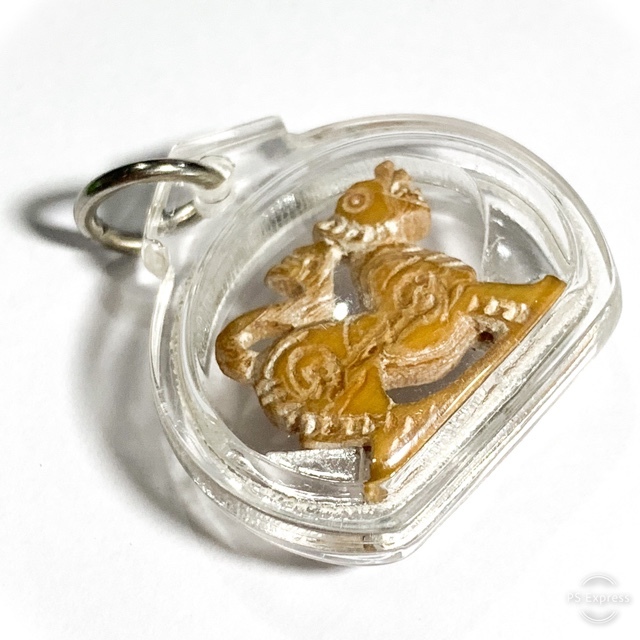 A most original miniature hand carved ivory amulet of the finest artisanry, with truly exquisitely fashioned decorative embellishments, that is an immense Rarity to come across, from the early times where Devotees would flock to the temple of Wat Nong Po, to beseech Luang Por Derm to bless amulets. 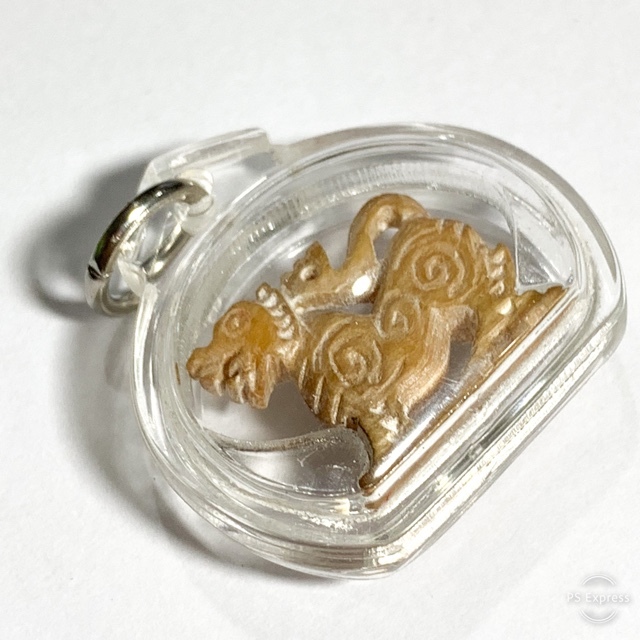 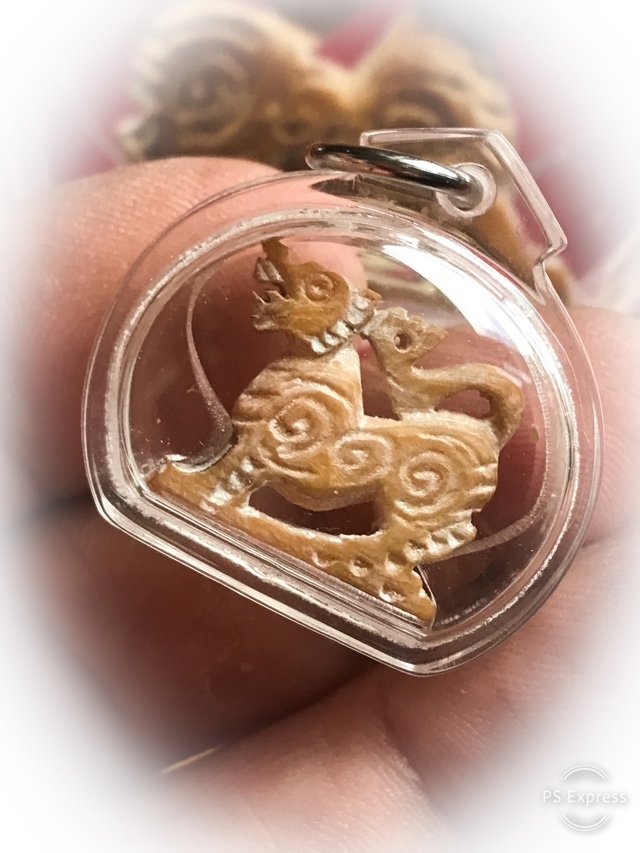 Luang Por Derm's Carved Ivory, Boar Tusk and TigerTeeth amulets are amongst the most highly desired and collected items. The Wicha of Luang Por Derm is continued to this day through his Looksit of the various Master Lineages. His carved ivory, and wooden amulets are vary rare items, and highly individual in appearance, for they were made by individual Artisans who were Initiated and had received the Wicha, and 'Korb Kroo' Ritual Empowerment as permission from Luang Por Derm himself. 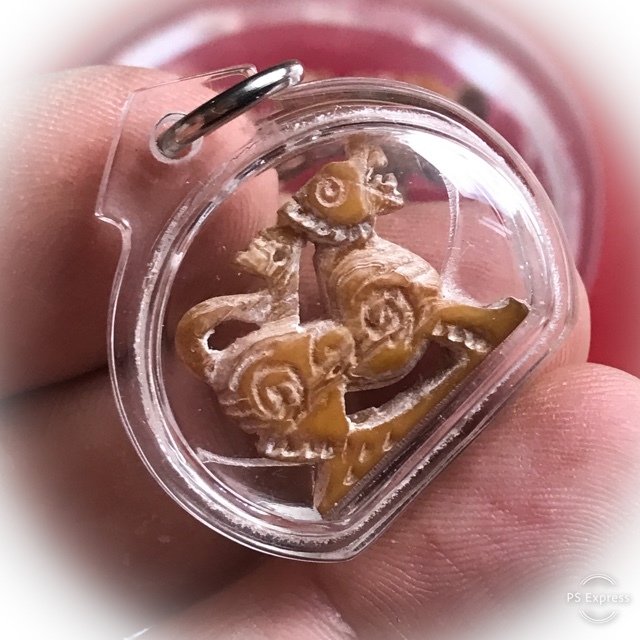 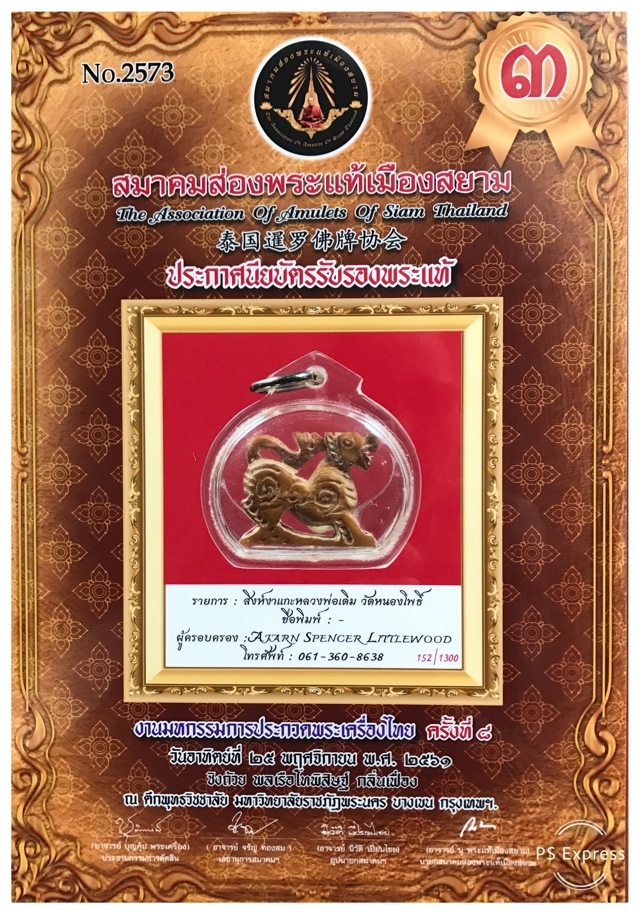 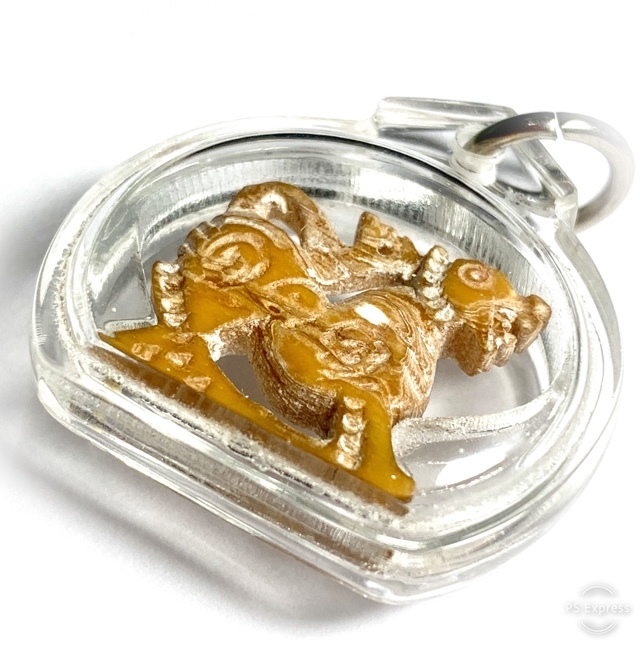 Luang Por still continued throughout this time to study with many other Masters, most of whose names are not known, for Luang Por Derm never really told others about his secret Masters, nor did he brag about the things he had learned and the places he went too learn them. It is however known that Luang Por did learn intensive Wicha Akom Saiyawaet with Luang Por Saban and Luang Por Taes of Wat Sap Tale, and Luang Por Wat Khao Nor

The amulets of Luang Por Derm are far and few between to be found. 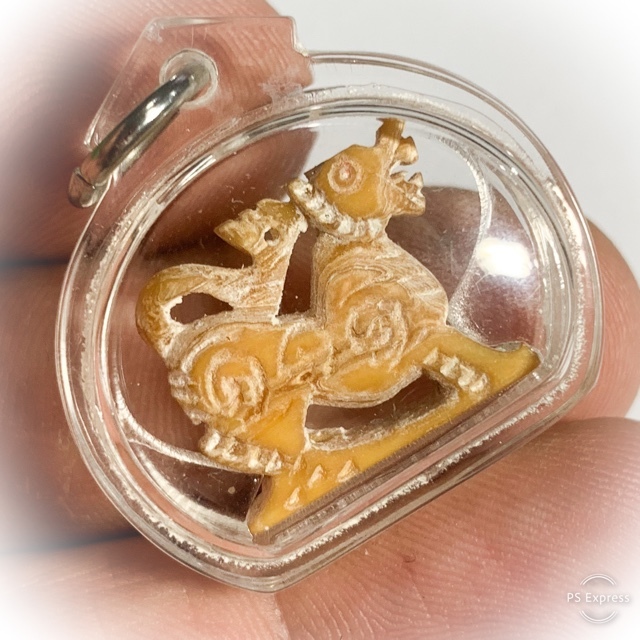 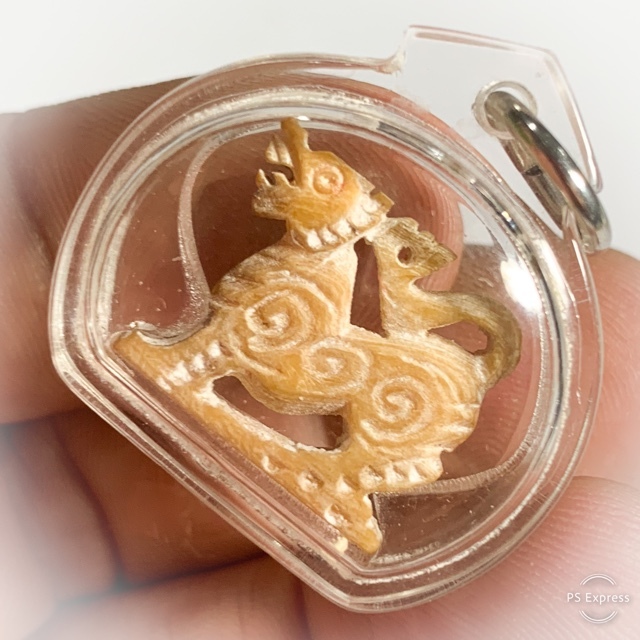 Kata Suea - Invocation of Tiger Spirit (Chanting Tutorial) is included as an mp4 for download after purchase of this amulet. 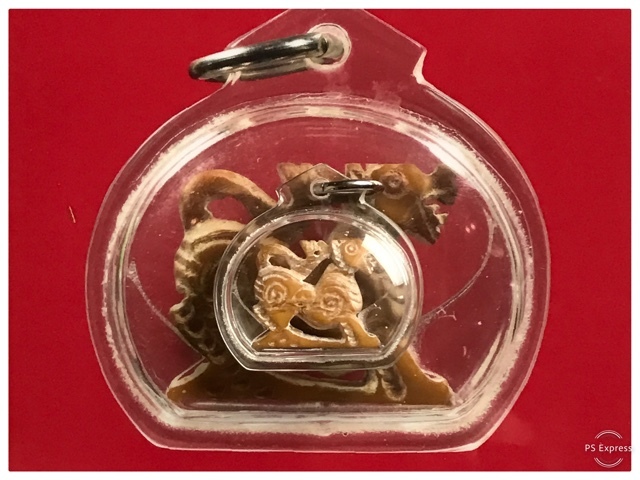 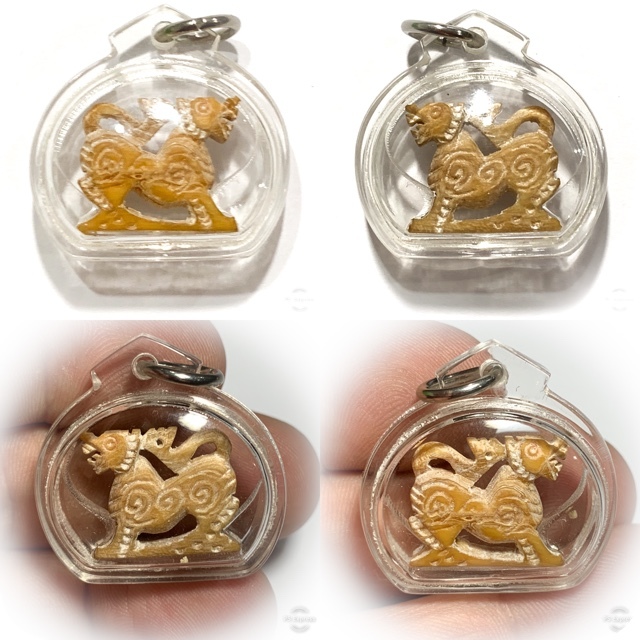