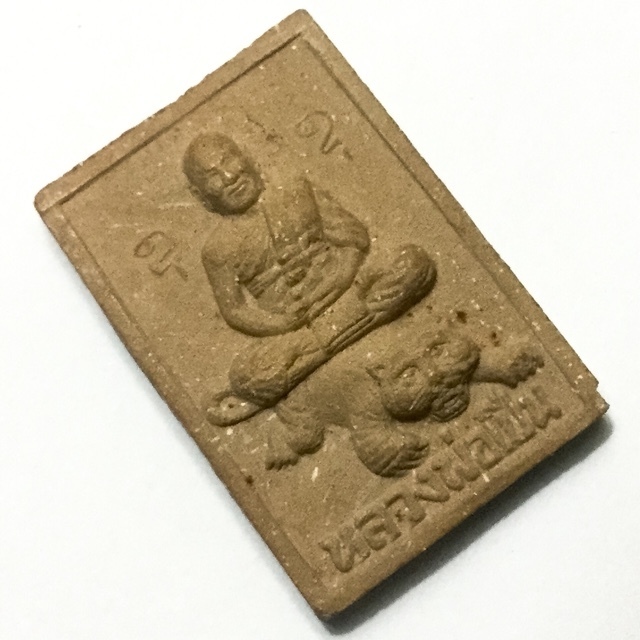 First Edition 'Run Raek - Run Tang Duan' Amulet - Luang Por Phern riding the tiger - 'Pim Khang U' (Sacred U Khom Agkhara Yantra in top corners of front face). This first edition amulet is known as the 'Run Tang Duan' 'Expressway Edition'. This name came from a miraculous event of a devotee who was only wearing this amulet and no other, who had an accident on a 30 meter high expressway, and drove off the edge, but was unharmed.

A most classic sacred powder amulet, released the 2533 BE First Edition, from the Great Master of Sak Yant, Luang Por Phern Tidtakuno of Wat Bang Pra temple in Nakorn Pathom.

The amulets of Luang Por Phern Tidakuno (Wat Bang Pra) are highly renowned for their Kong Grapan Chadtri Klaew Klaad, Maha Lap, Maha Amnaj and Serm Duang Powers. This is of course, one of the reasons why the Great Luang Por Phern, has hundreds of thousands of devotees around the world, if not millions. 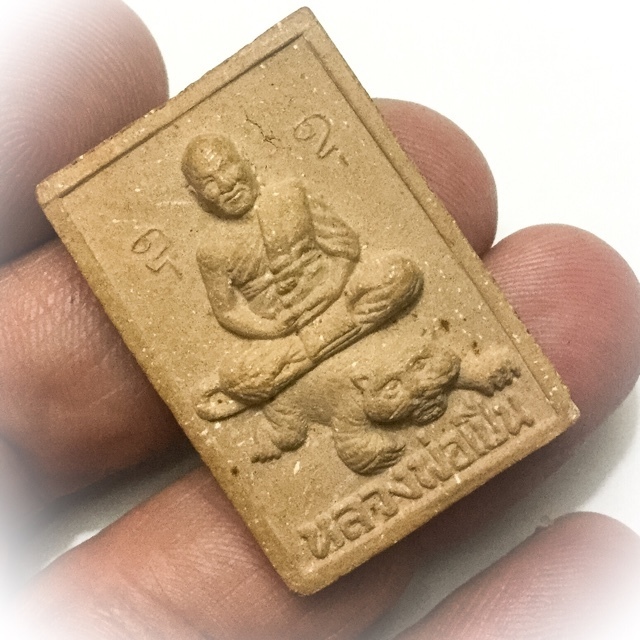 The front face features a very clearly detailed image of Luang Por Phern seated upon the back of a leaping tiger. The Khom Aghara Yant U is embossed either side of Luang Por.

The famed Yant Mae Tap Guardian Yantra, which was always known to be the favourite Yantra of Luang Por Phern, seen as a central image in almost all of his Sak Yant Thai Temple Tattoos, especially backpieces. The Yant Mae Tap imbues powerful Kong Grapan Chadtri, Maha Ud, and Klaew Klaad Magic to the amulet, for invincibility and protection, 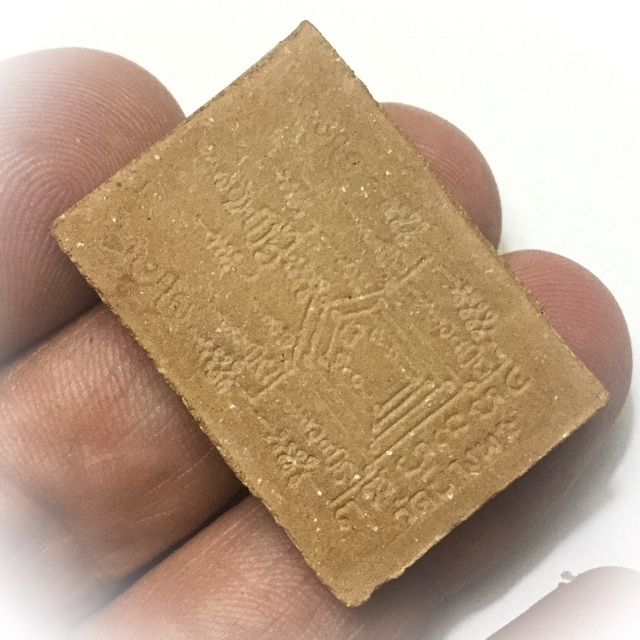 Made from Nuea Pong Wan 108 Herbal Sacred Powders, the amulet features Luang Por Phern sitting on a Tiger, with Sacred Khom 'U' Agkhara spells embossed each side of him in the top corners of the amulet, and the words 'Luang Por Phern embossed beneath the image of the Monk. 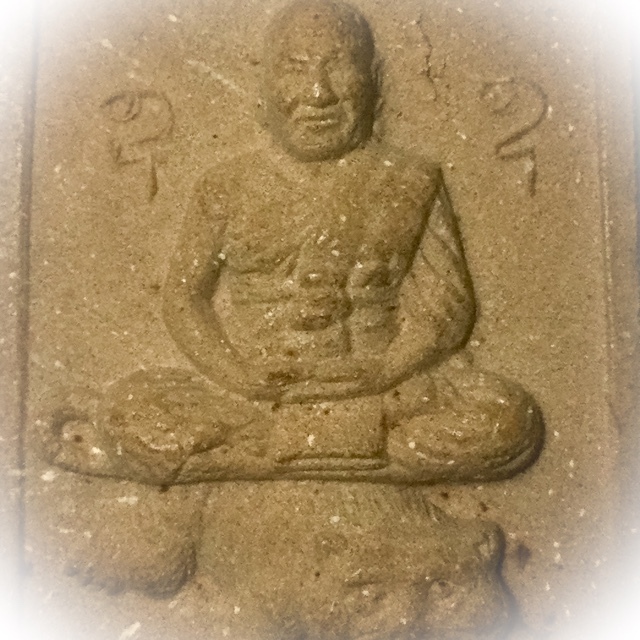 The first edition amulet of this series is notable for the Khom Letter 'U' flanking the image of Luang Por Phern, which differs from the Sao Ha model, which bears the number 5 (๕) 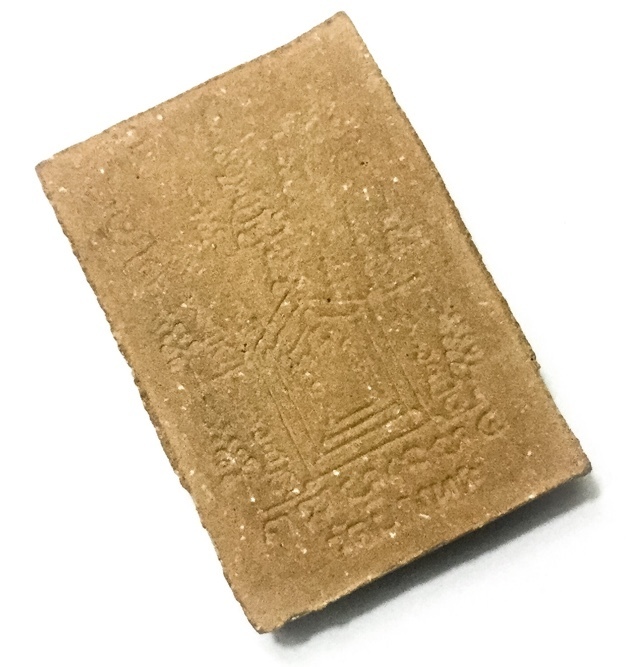 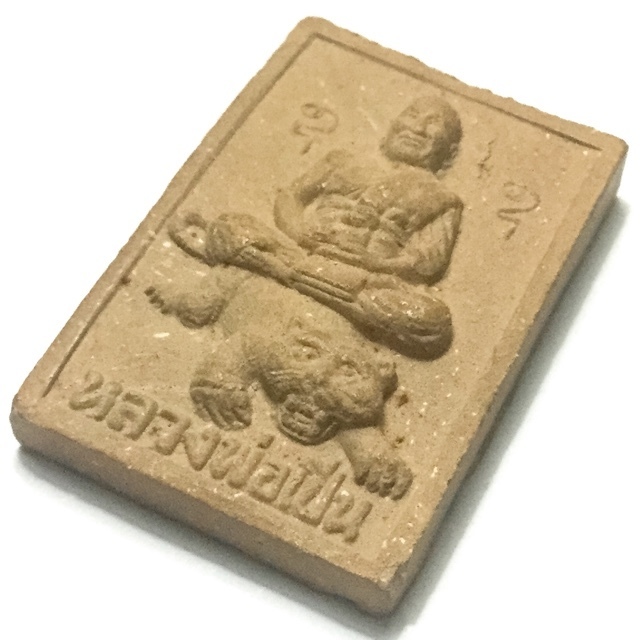 This first edition Muan Sarn Sacred Powder amulet was the first time that Luang Por released a sacred powder version of his image riding a tiger, and is the rarest of the series. 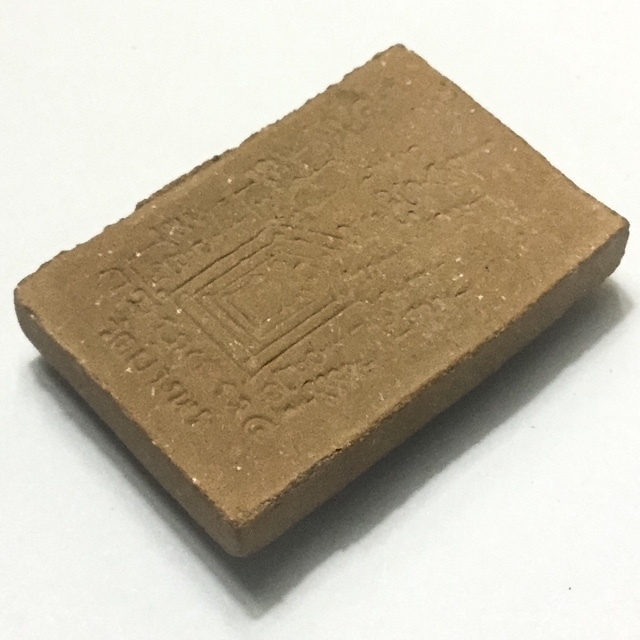 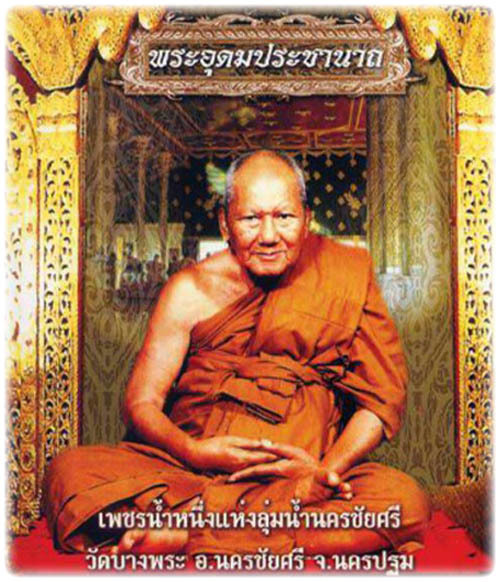 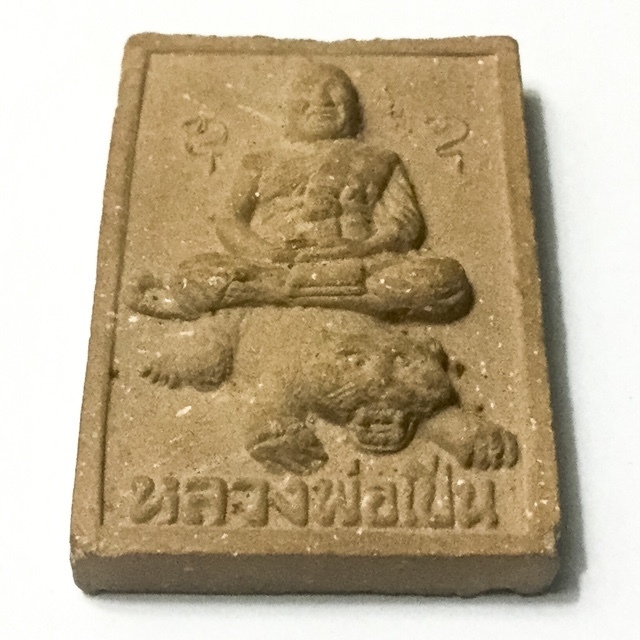 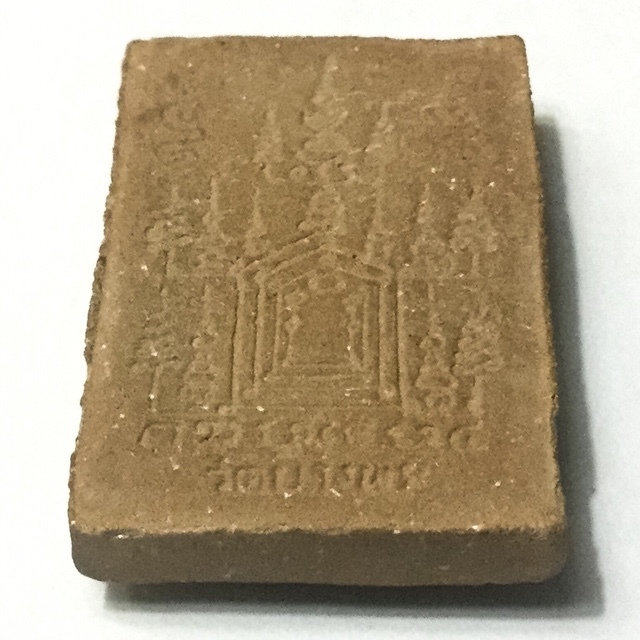 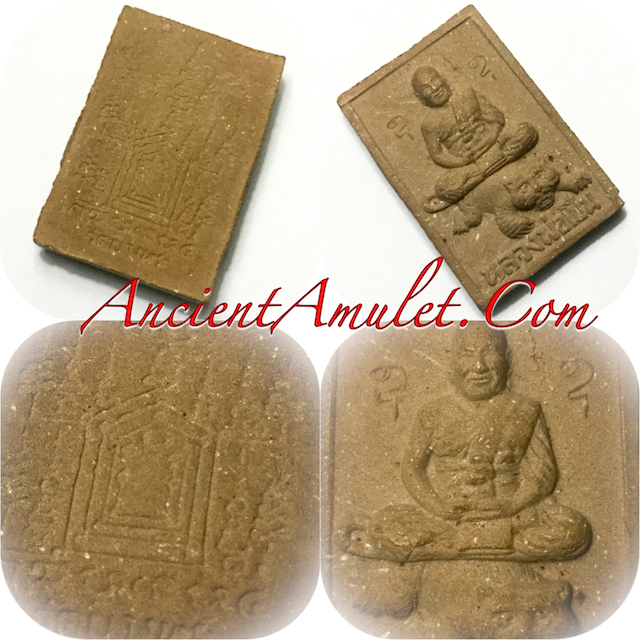