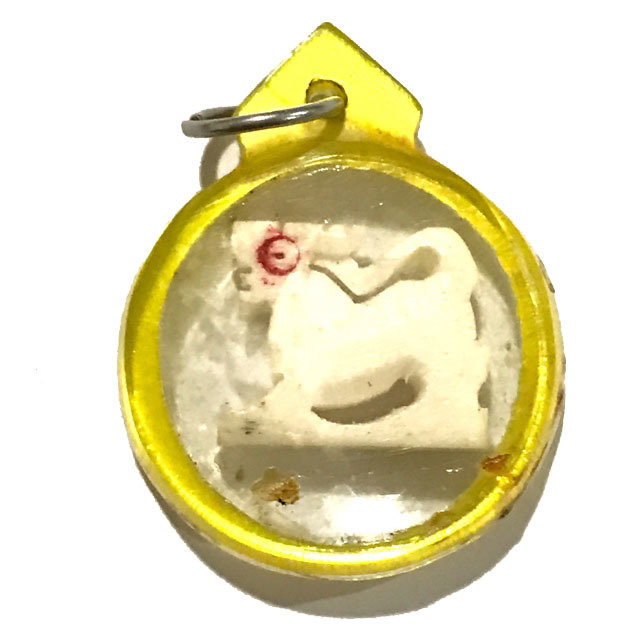 A very rare and highly preferred (as well as still within the limits of affordability) amulet from this Master, the Singh Nga Gae is a small sized hand carved ivory Singha Lion amulet for Maha Amnaj, Serm Yos, and Maha Lap Maha Pokasap. This Hand Carved Ivory Amulet with Singha Himapant Lion comes with the original casing as issued at the temple of Wat Don Rai. Due to its small size it is suitable for both men or ladies, as a small but powerful amulet for Maha Amnaj, Kong Grapan Chadtri, Maha Ud, and Serm Yos Magic. 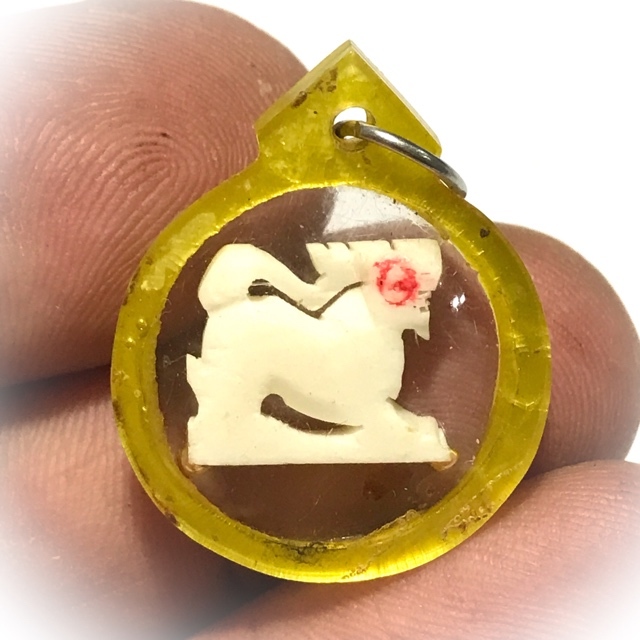 The Singh Nga Gae carved Himapant Lion amulet in all its various forms, is one of LP Mui's most famous and highly sought after early era classics and one of his rarer amulets to find. The Singh Nga Gae amulet is one of the most ancient types of Animist Charms, from the days when people still roamed the Jungle, and Lions and Tigers were commonplace Deities of Power and Invincibility, and Ease of Living with Over the Necessary Provisions. is both imbued with the natural Power of Maha Amnaj instilled by mother nature believed to dwell within all Teeth and Tusks, of Tigers and Wild Boars and Jungle Predators, as well as within all the bones of such creatures, as well as being empowered with the Wicha Singh and Wicha Rachasri of Luang Por Derm. Considered a very powerful protection and power amulet. 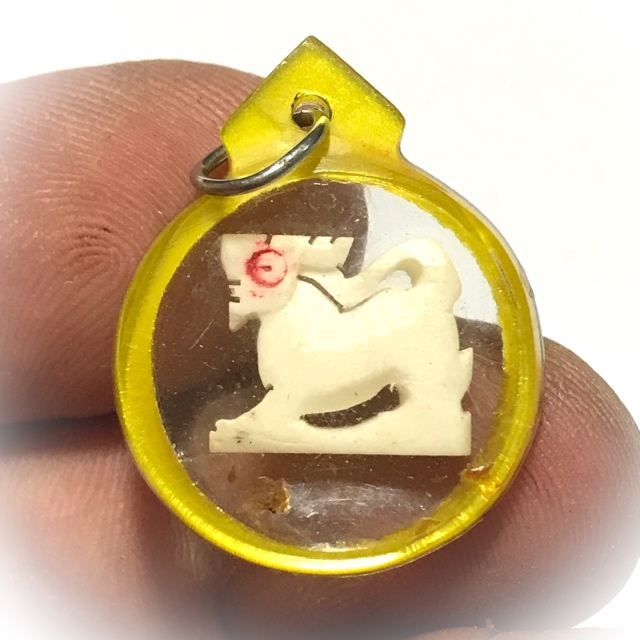 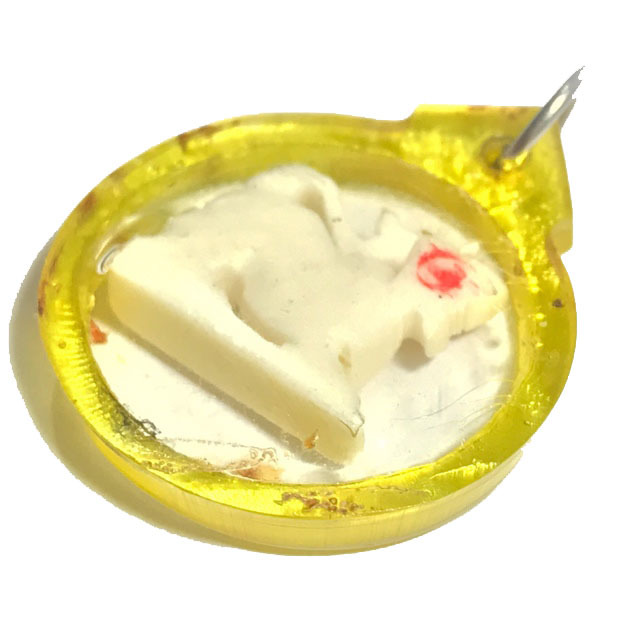 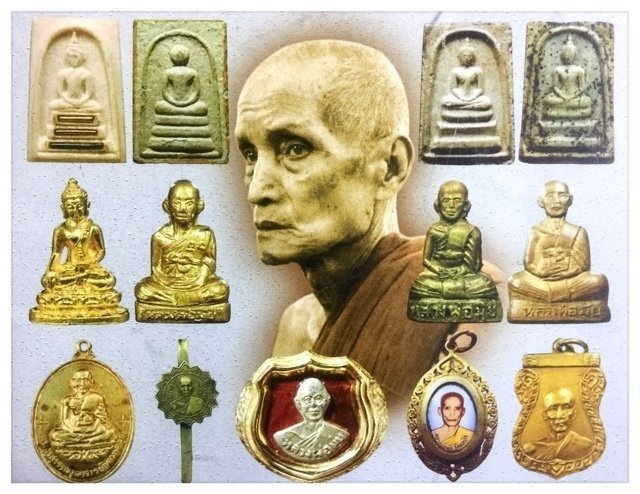 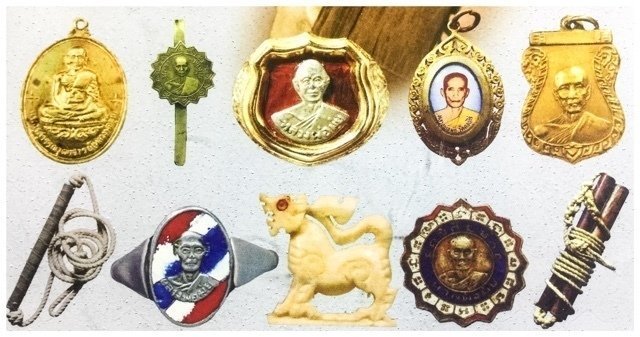 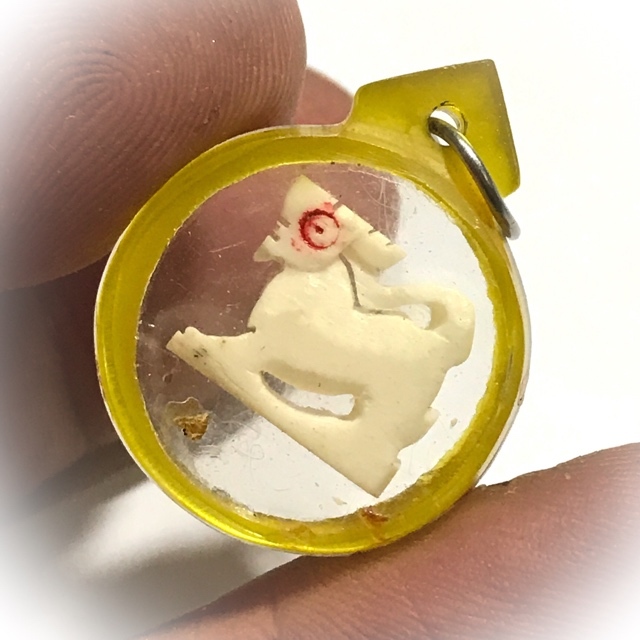 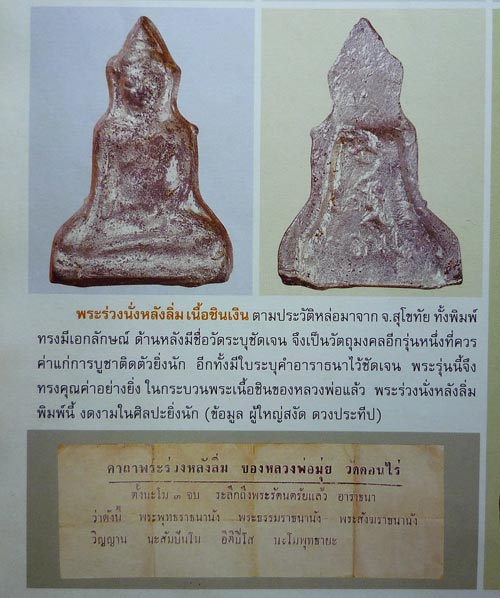 Below; some of the various sacred clay amulets of LP Mui 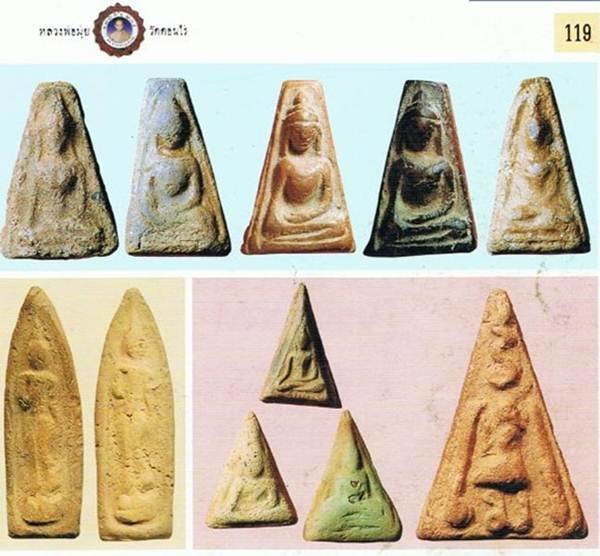 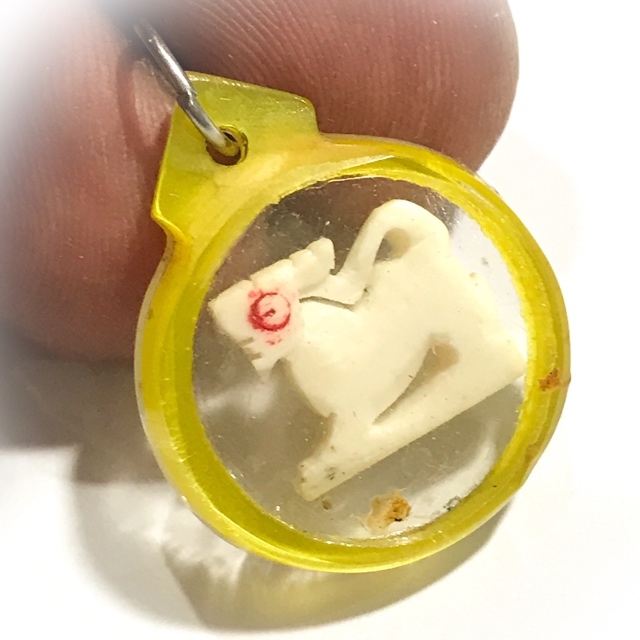 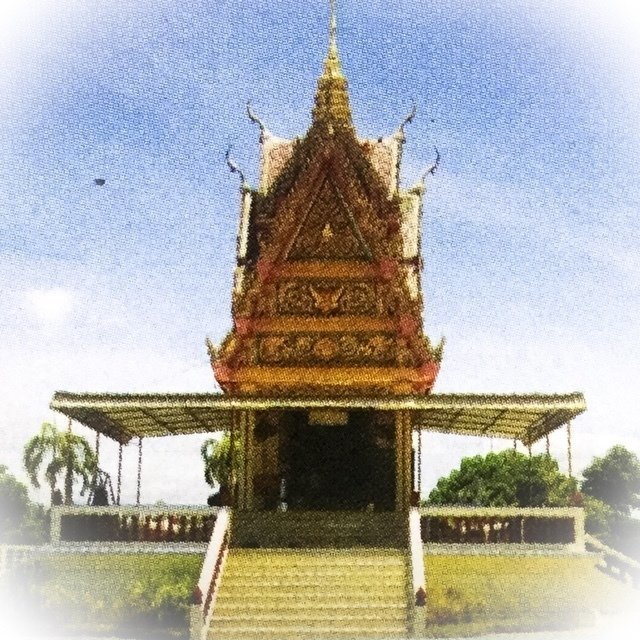 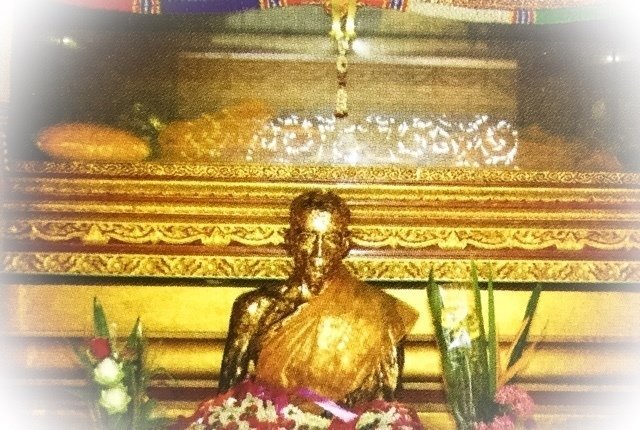 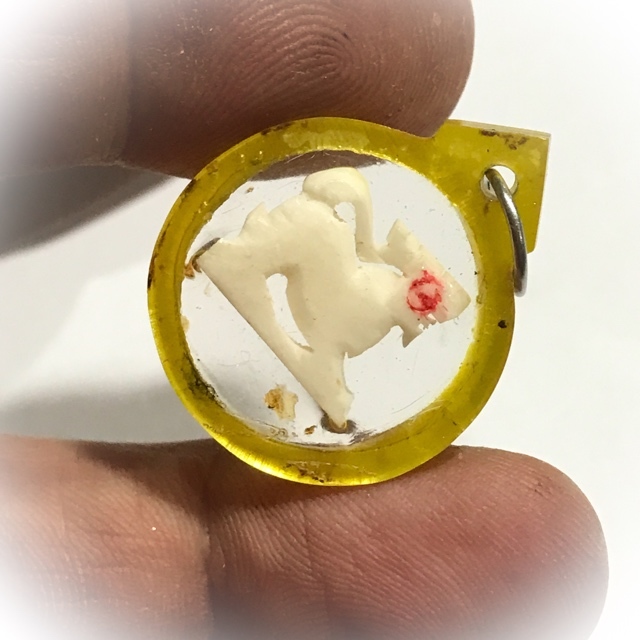 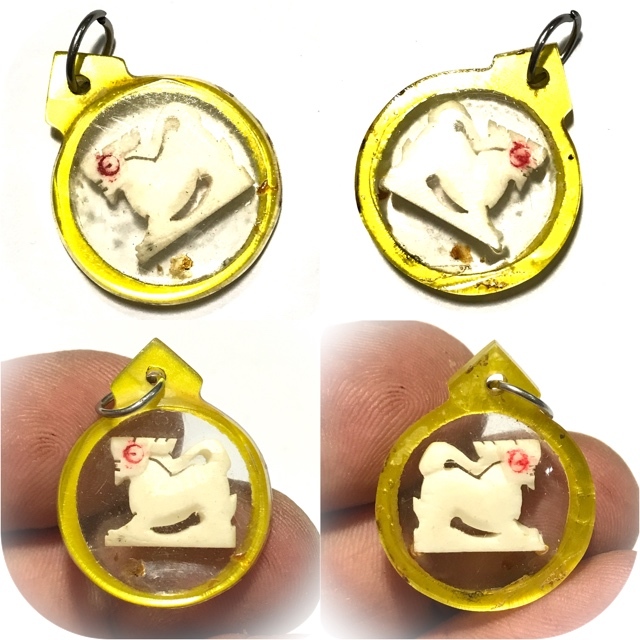