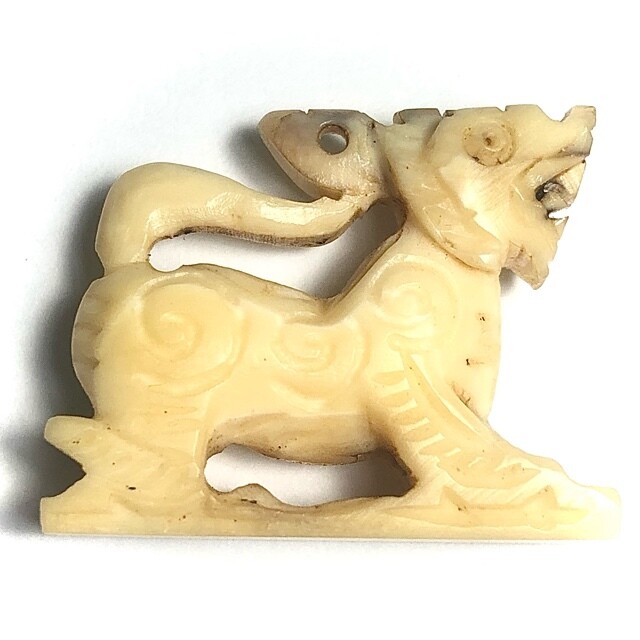 Sacred Hand carved Ivory Singh Sam Khwan (Paya Rachasri, Singha King Lion of the Himapant Forests of the Celestial Realms), from the Great Luang Por Gan of Wat Khao Gaew (2434 BE - 2513 BE). The Singh measures 2.5 cm long and x 2 cm high, and is carved from pure ivory, with the image of Paya Rachasri, in the style of the Singh Sam Khwan (3 Blessings Lion), of his Kroo Ba Ajarn, the Great LP Derm of Wat Nong Po. Luang Por Gan was a 'Sit Aek' Prime Apprentice of the great Luang Por Derm, and received direct Wicha transmission from LP Derm himself. 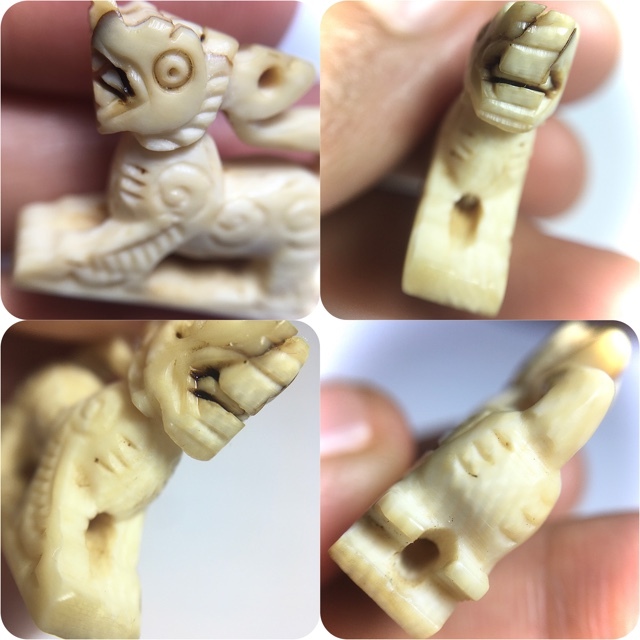 LP Gan was Famed for his magic rings and Rian monk coins, and The Singh Sam Khwan Himapant Lion carved amulet, which is one of the most highly preferred and revered of his carved amulets, and highly favored as a more affordable but powerful alternative to Luang Por Derm’s famous Singha Carve Ivory Lions, due to LP Gan being a direct Lineage Apprentice in this Wicha. 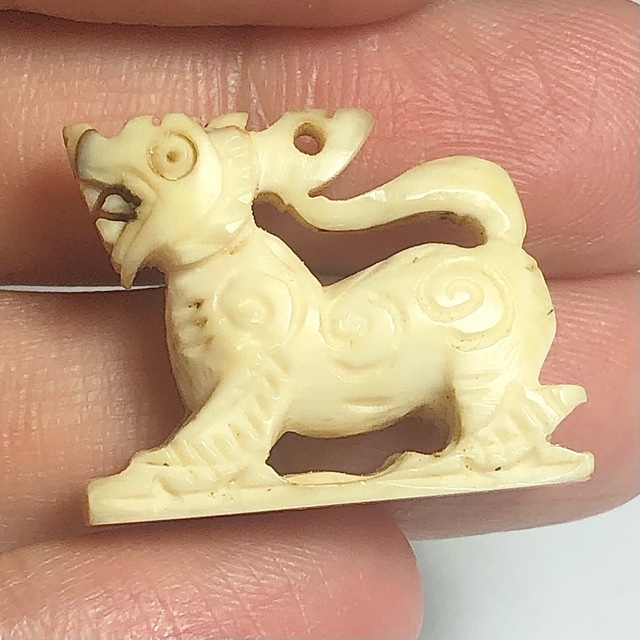 The larger ivory carved Singh Sam Khwan such as this beautiful exhibit, is one of the rarer items of Luang Por Gan. His ability and tendency to make and empower amulets made of carved wood and ivory comes of course from the Wicha bestowed upon him by his Kroo Ba Ajarn Luang Por Derm, who was of course the leading Master in carved ivory Singha Lions, Ivory Mitmor Knives, and other wood and ivory carved amulets. 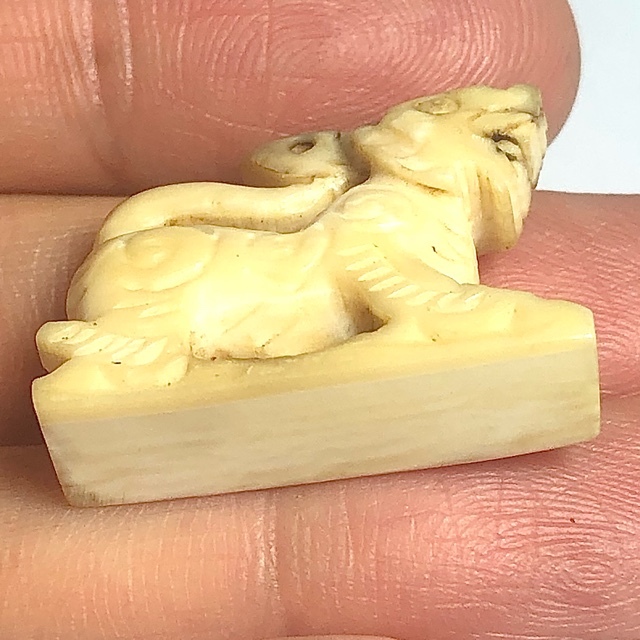 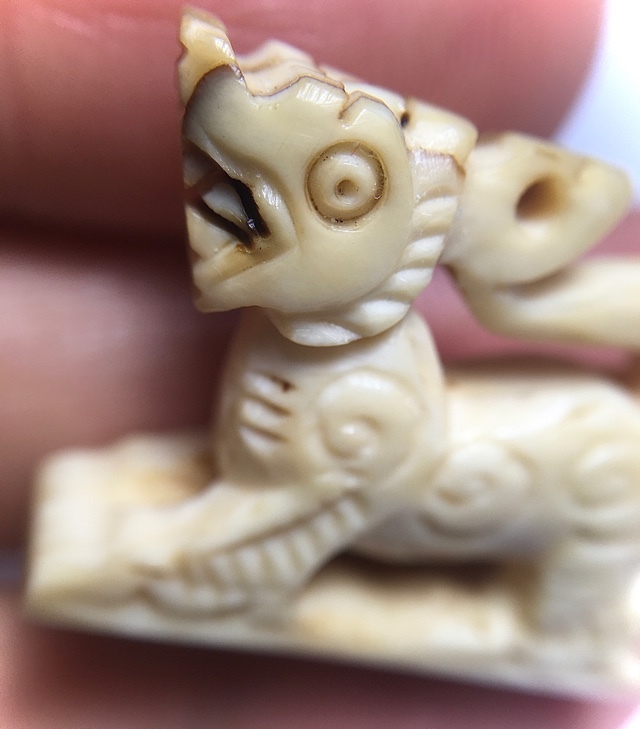 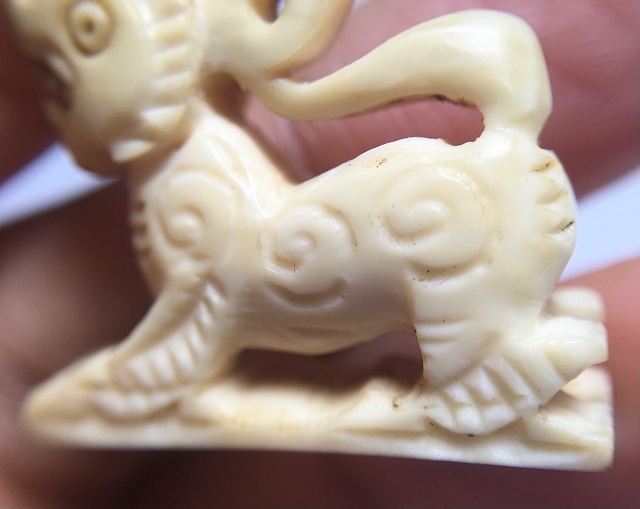 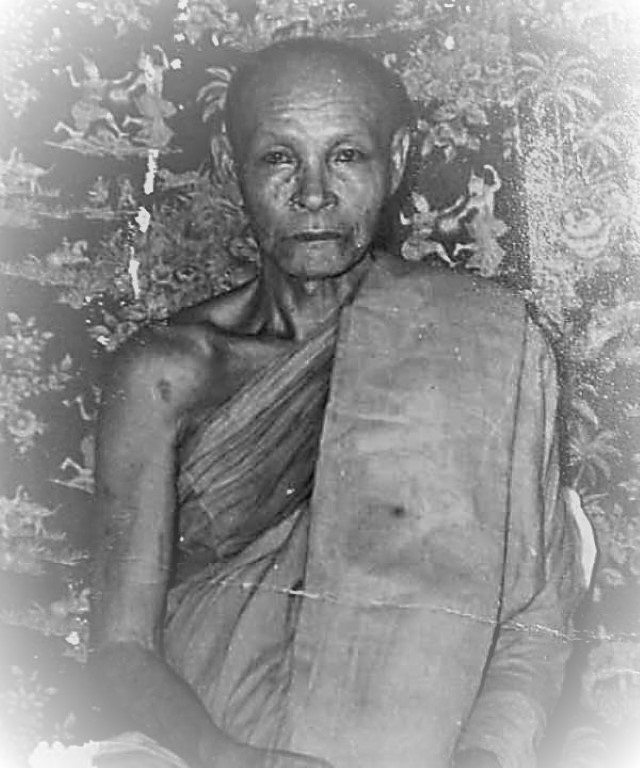 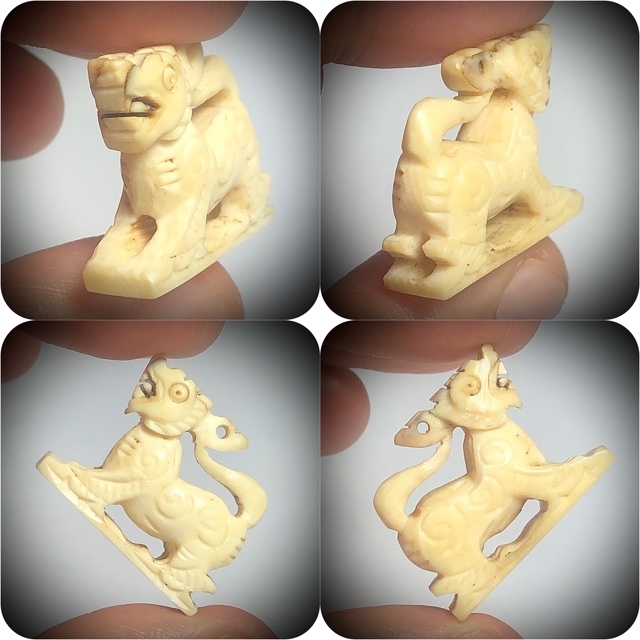 Luang Por Gan rose to fame in his own right through his powerful Wicha which he had mastered under Luang Por Derm, and became a gaeji Ajarn of High Repute, considered on par with the Great Masters of his time like Luang Por Prohm of Wat Chong Kae 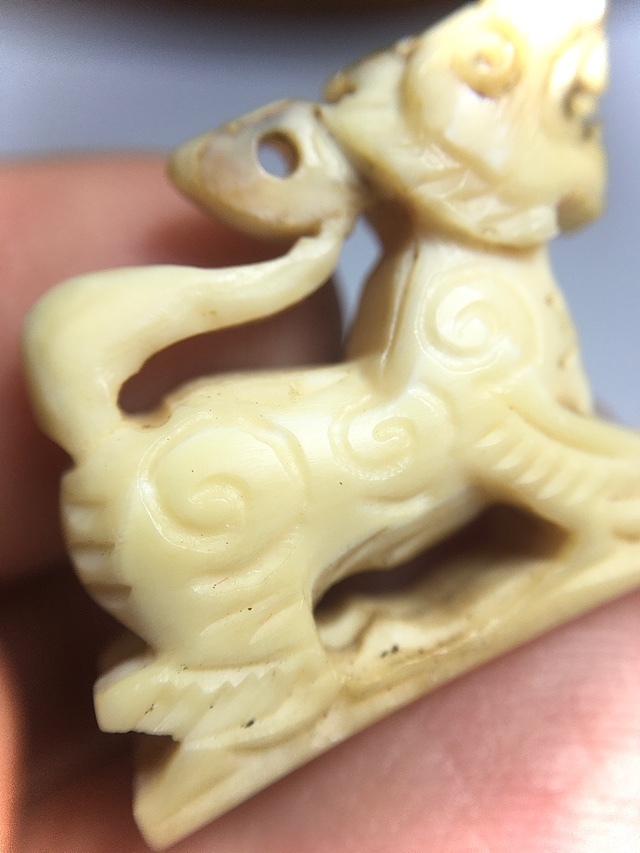 close your eyes and make your prayers and wishes.

The amulet is imbued with the natural Power of Maha Amnaj instilled by mother nature believed to dwell within all Teeth and Tusks, of Tigers and Wild Boars and Jungle Predators, as well as within all the bones of such creatures, as well as being empowered with the Wicha Singh and Wicha Rachasri. This item is a Master Class amulet, that is not only revered and sought after for its Magical powers, but also for its immense beauty and status, as a work of Minature Buddhist Antique Arts.

This exhibit is a well known accepted preferred 'Niyom' class master artisan model, and stands out from many other exhibits, for its incredibly beautiful artisanry and design, and detail in the carved relief, as well as for its character and ease of recognition 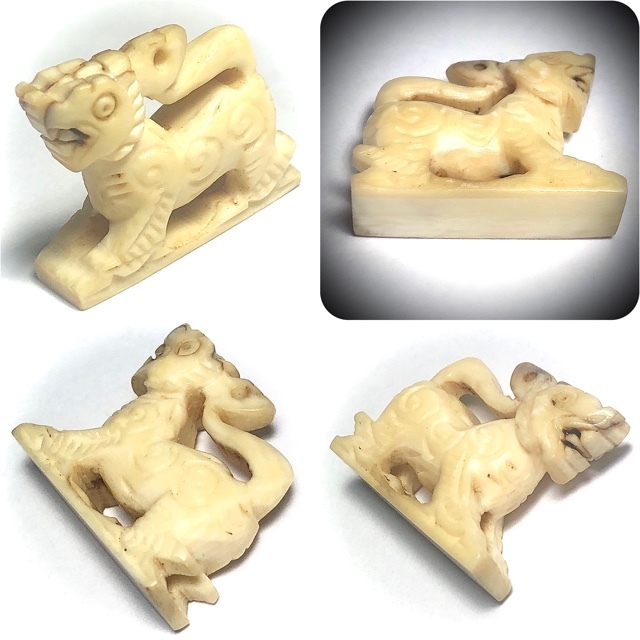