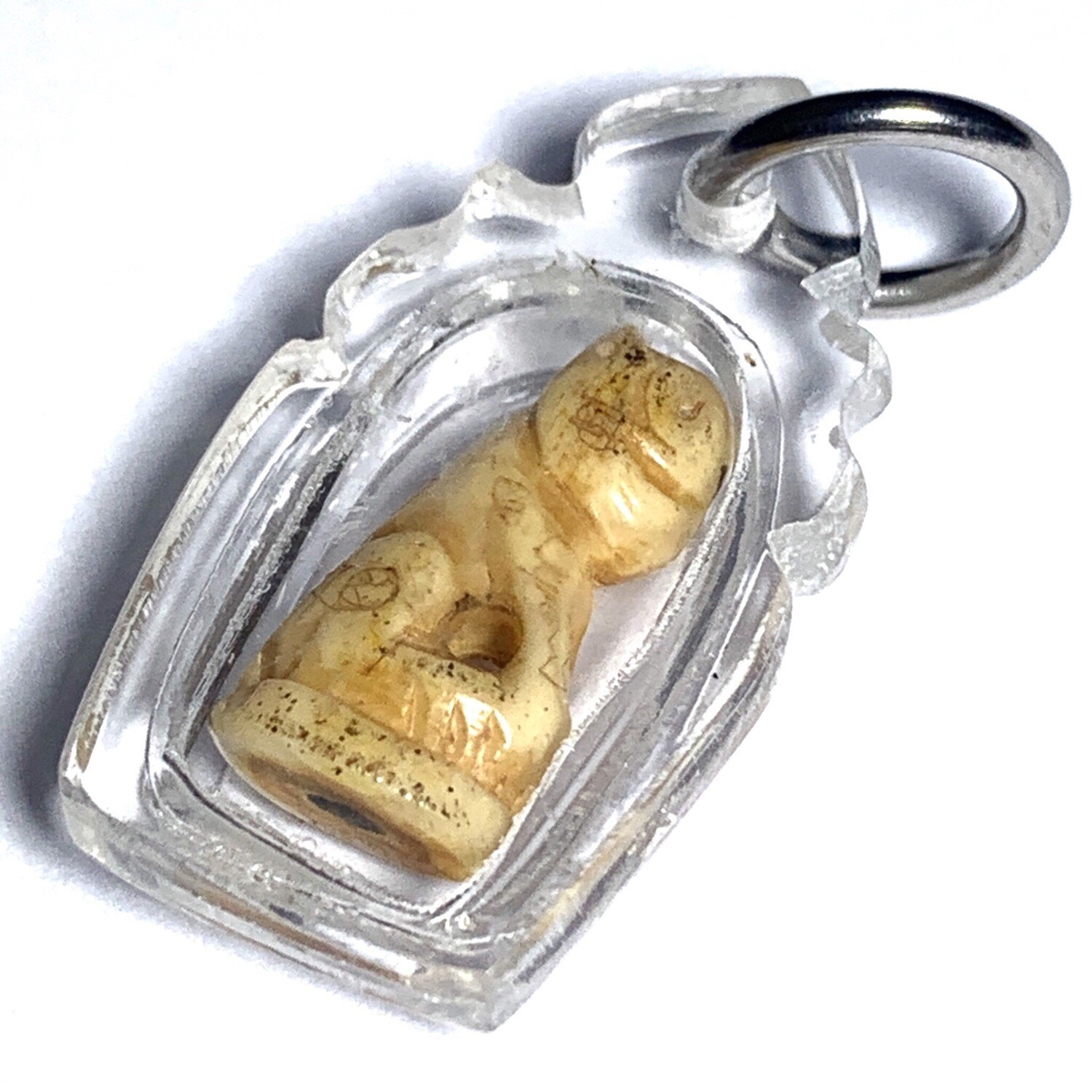 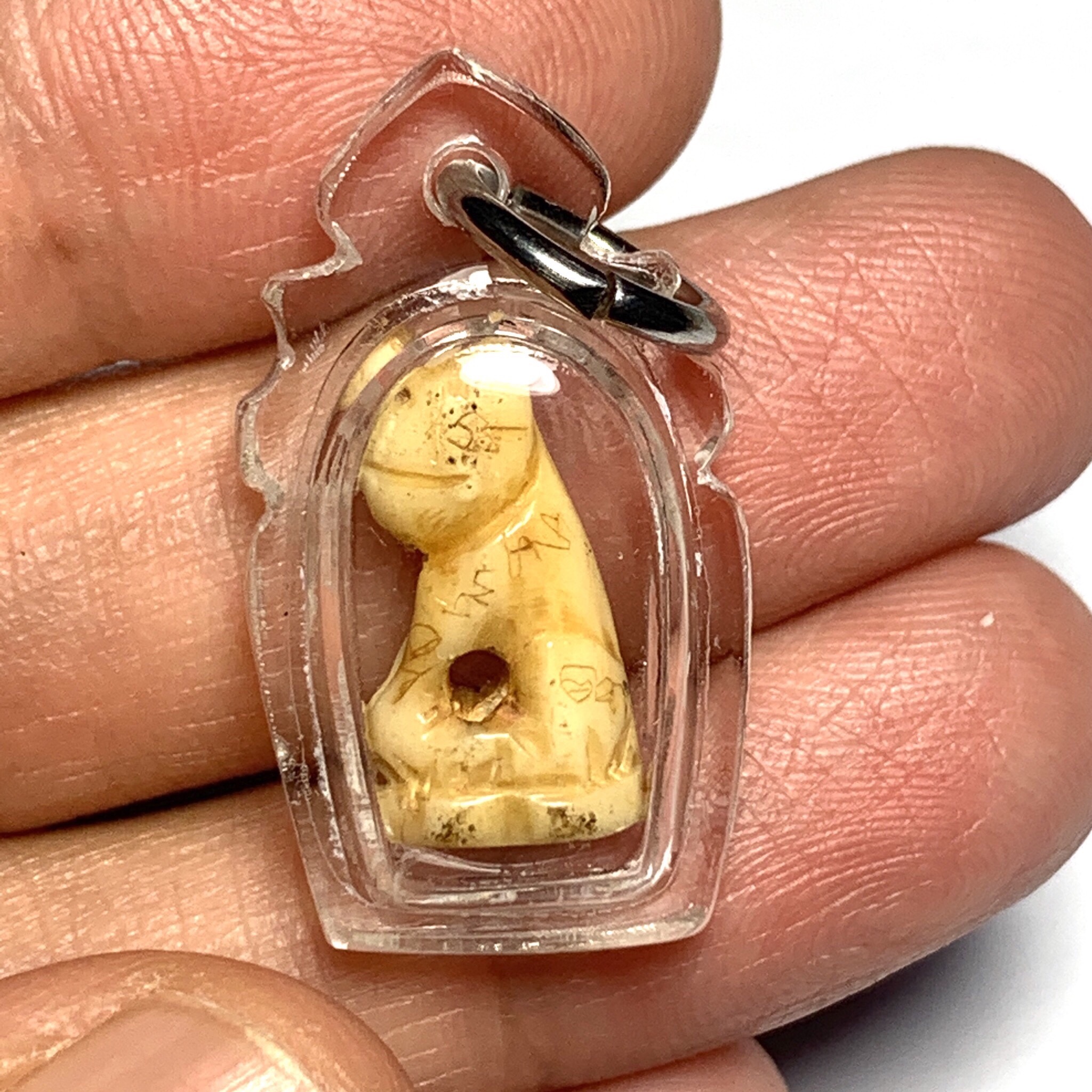 This tooth is a pristine exhibit with highly attractive Patina, and the full formula of inscriptions as stipulated by Luang Por Parn of Wat Bang Hia, which shows this exhibit to have been made in unison with Luang Por Parn, seen by the inscription of the Yant Unalome on the front legs, the Z-Like Yant on the torso, and the spiral 'Yant Gor Hyaa' which only Luang Por Parn would inscribe, and Luang Por Say after him. 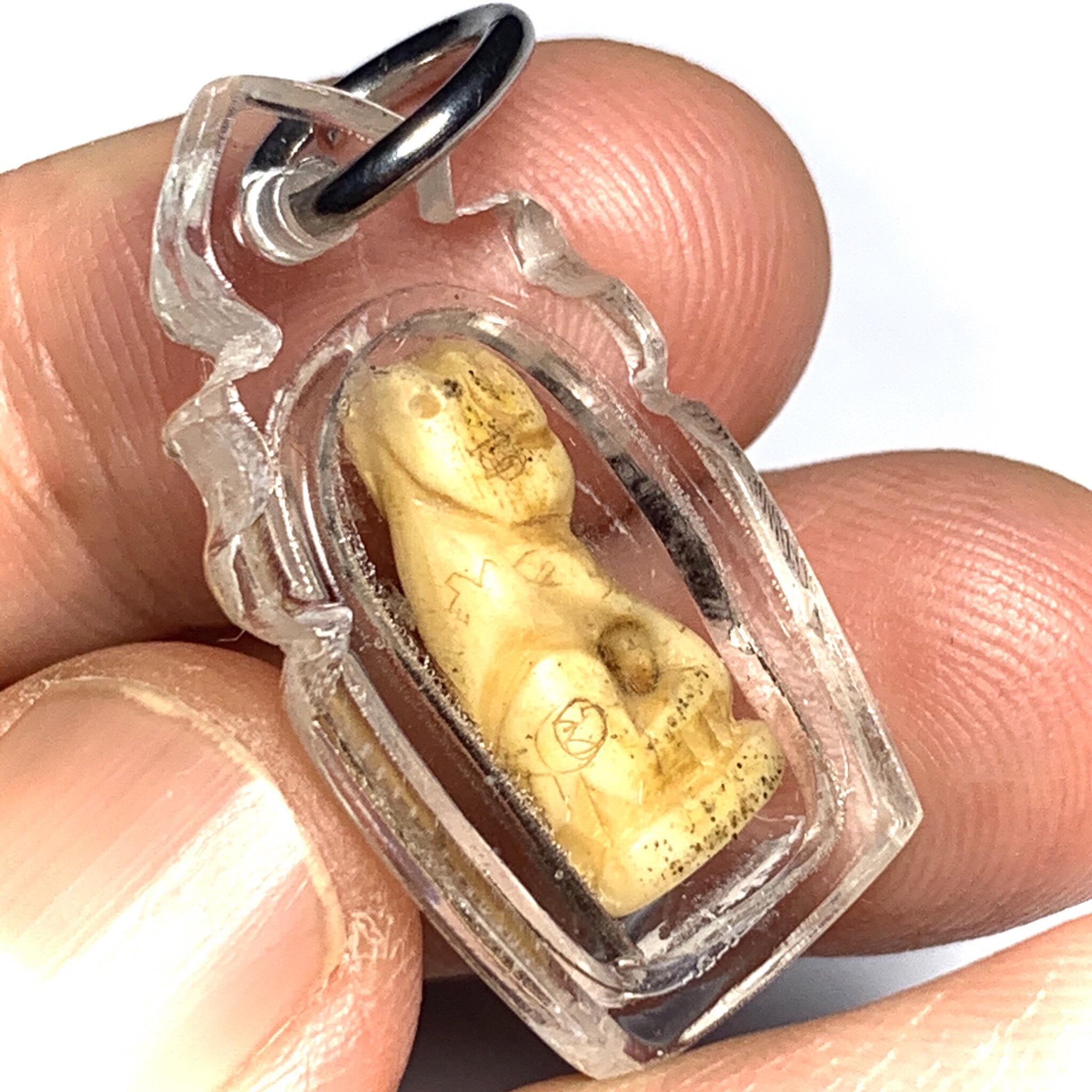 Free Express (EMS or DHL) Shipping Worldwide is included. This tooth is from the 'Suea Kroeng' and is a small but highly detailed carving with extremely visible hand inscriptions, and a classic 'mathathaan' (amulet society accepted standard) amulet, carved by a top artisan carved tooth of impressive appearance, and extremely rare artifact for its pristine appearance. 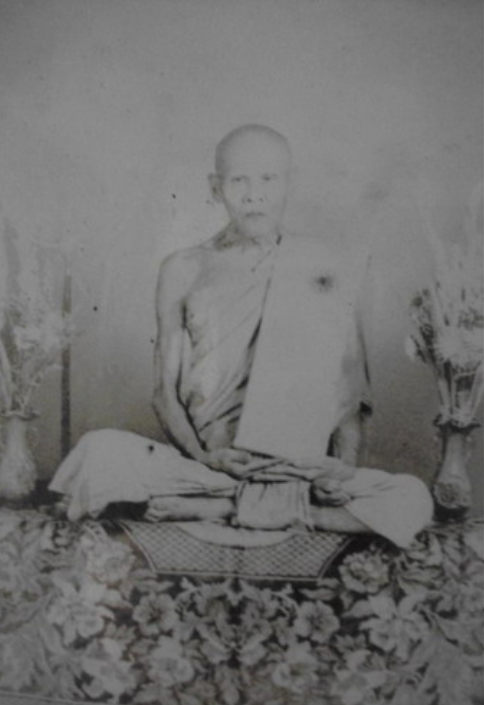 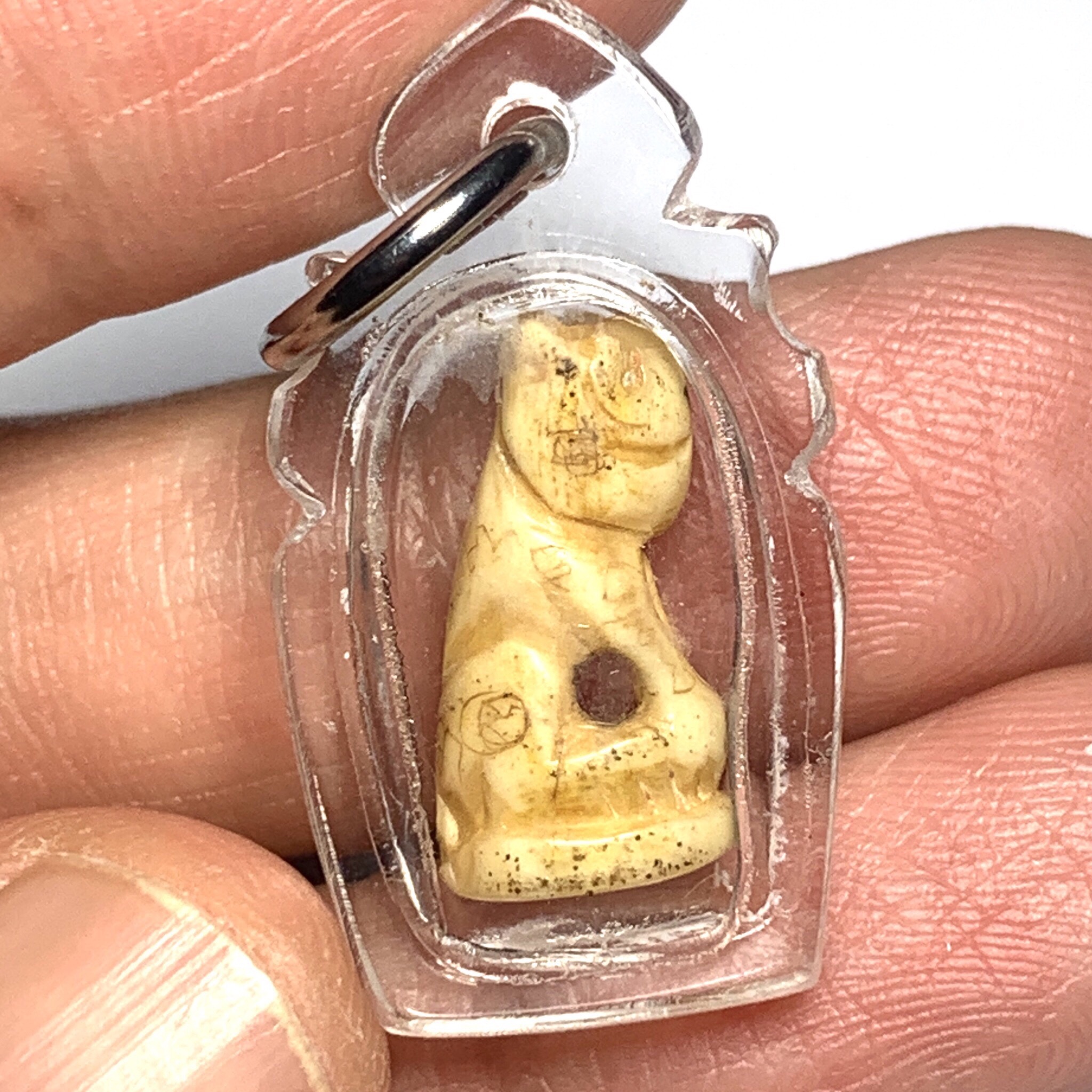 He would make so many as his Devotees would bring and donate to him for empowerment. The carvings were made by one of two Master Artisans always, and their handiwork is recognizable as that of Chang Dta Hwaeng Klong Nang Hongs, and Chang Dta Hwai as the sole Artisans responsible for the carving of the tiger amulets. 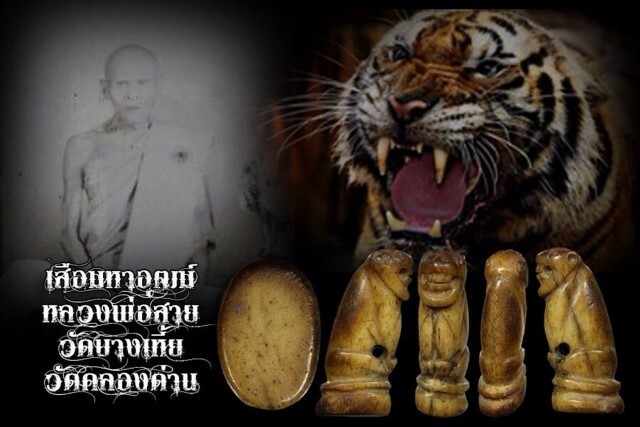 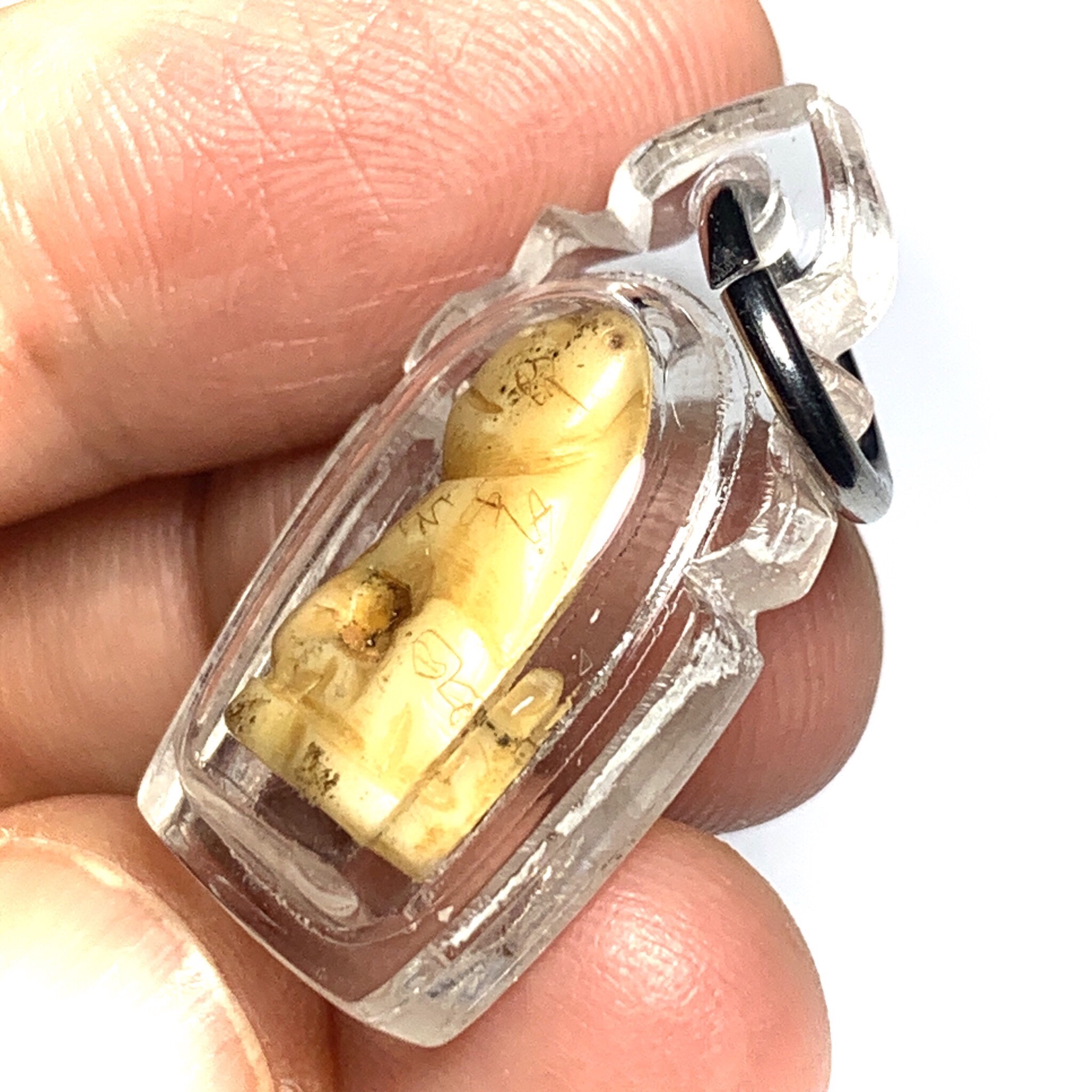 The tooth is still complete and in excellent condition, despite its respectable age. The brownish Patina of aging on the surface of the tooth brings character and excellence to the amulet, revealing its evident age and distinguished status, adding to the Magick of Maha Ud Gunstopper Power, and Maha Amnaj Commanding Power, Dominion and Influence in its visual effect, which is Imposing in Itself at First Glimpse. 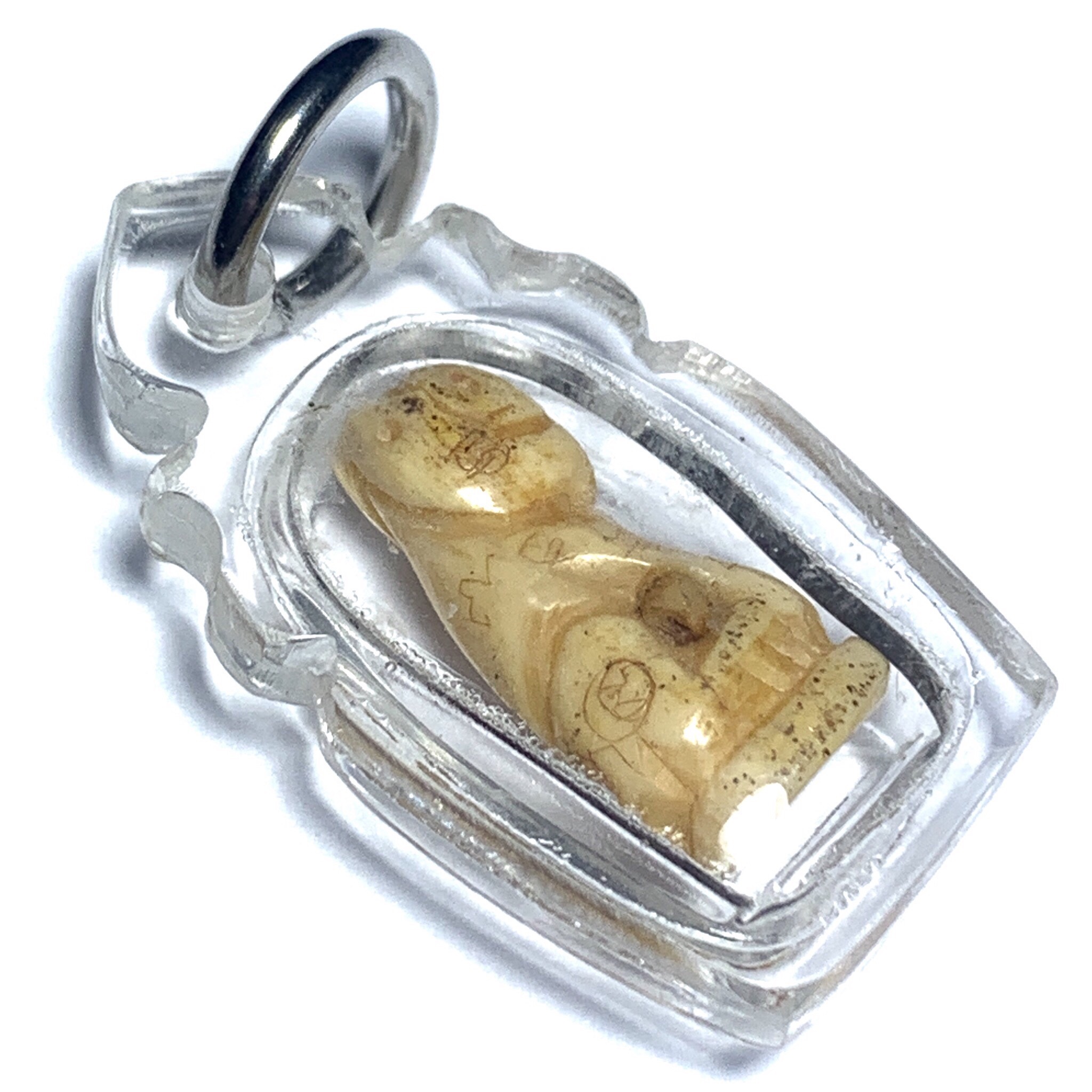 The Khiaw Suea measures 2 Cm, and is carved from the tip of a 'Khiaw Suea Krong, the rarest of all types of Khiaw Suea, excepting the legendary 'Khiaw Suea Proeng Fa' Giant Hollow ฺBengal Tiger tooth, which is no longer made of course, and only Ancient Amulets made before the protection laws are still lawful. 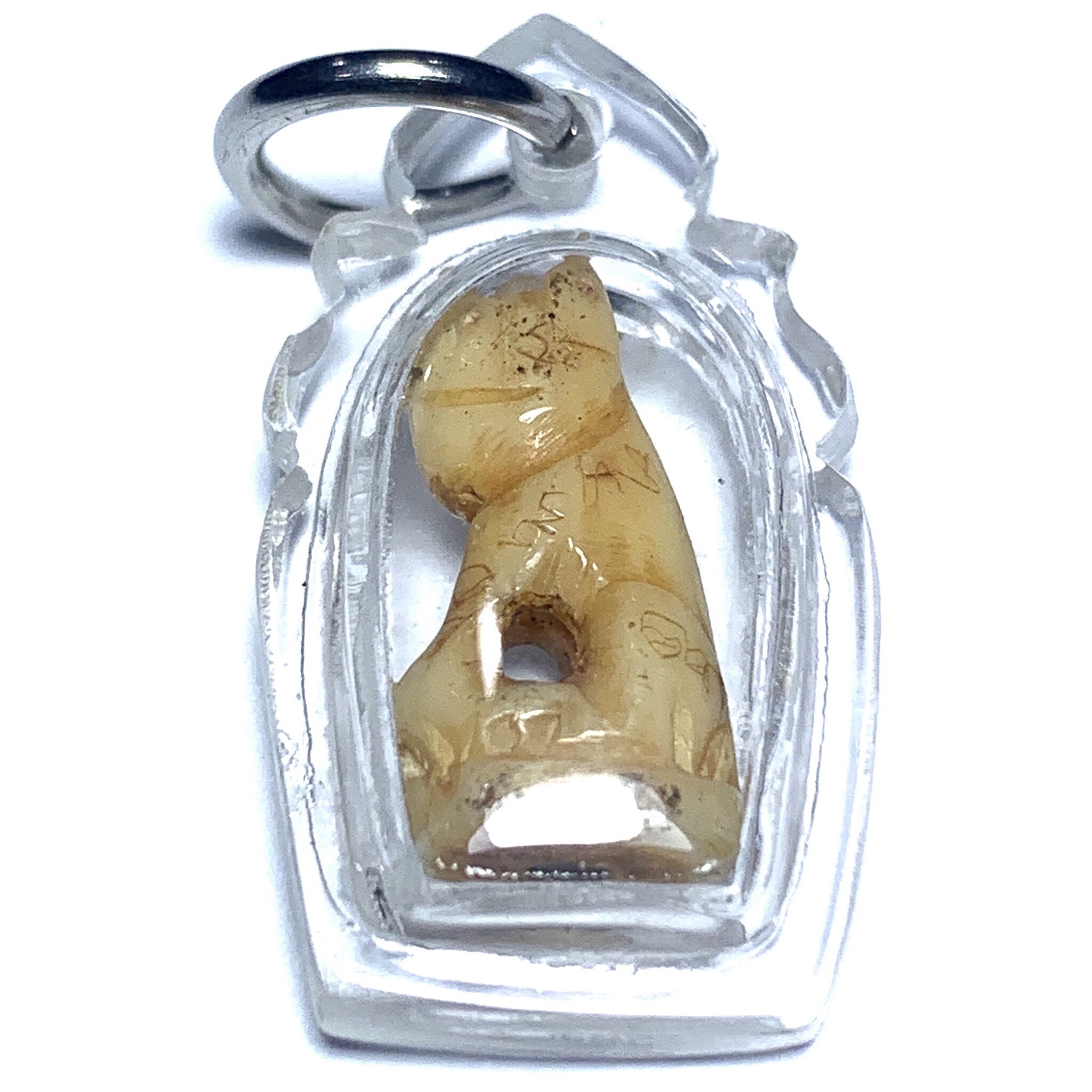 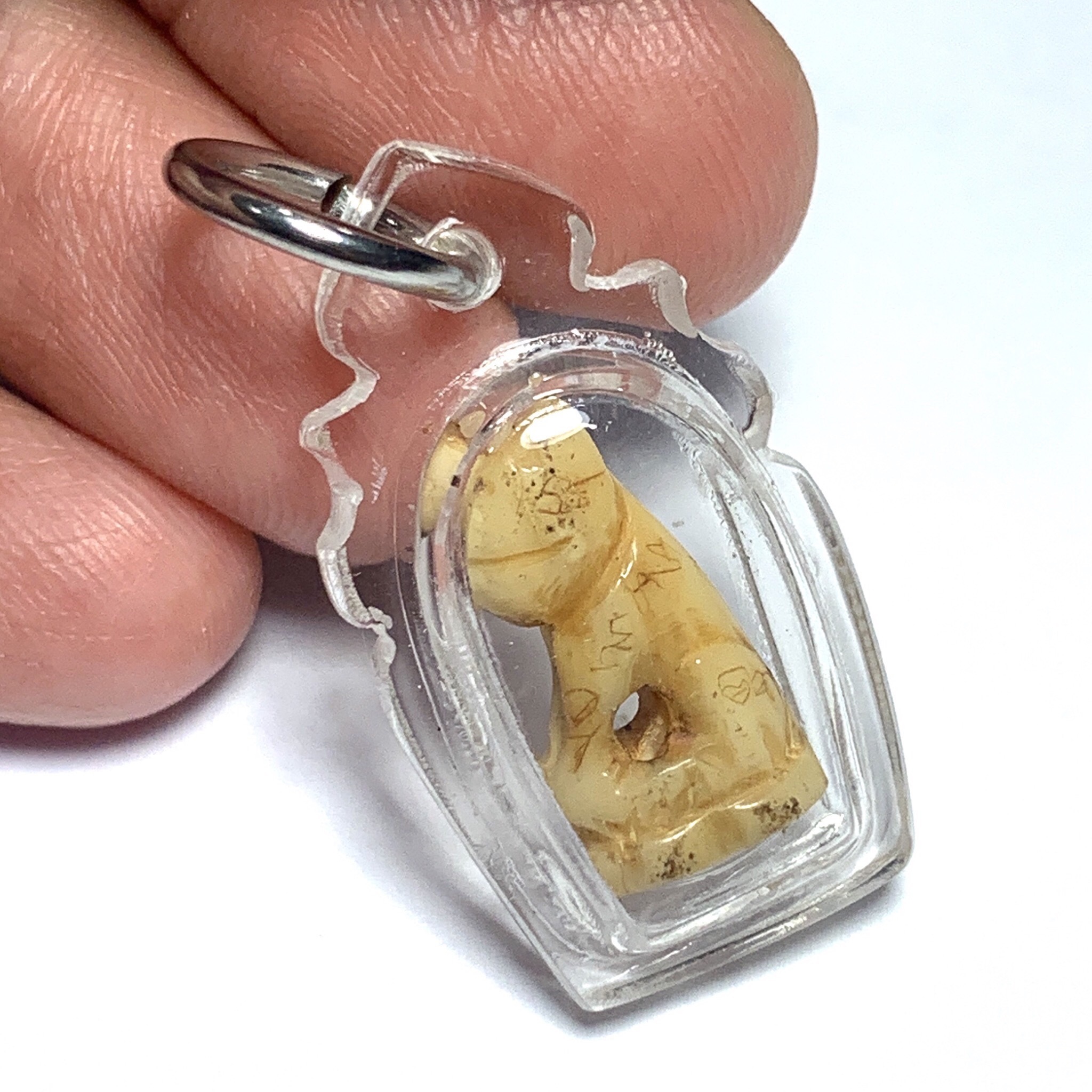 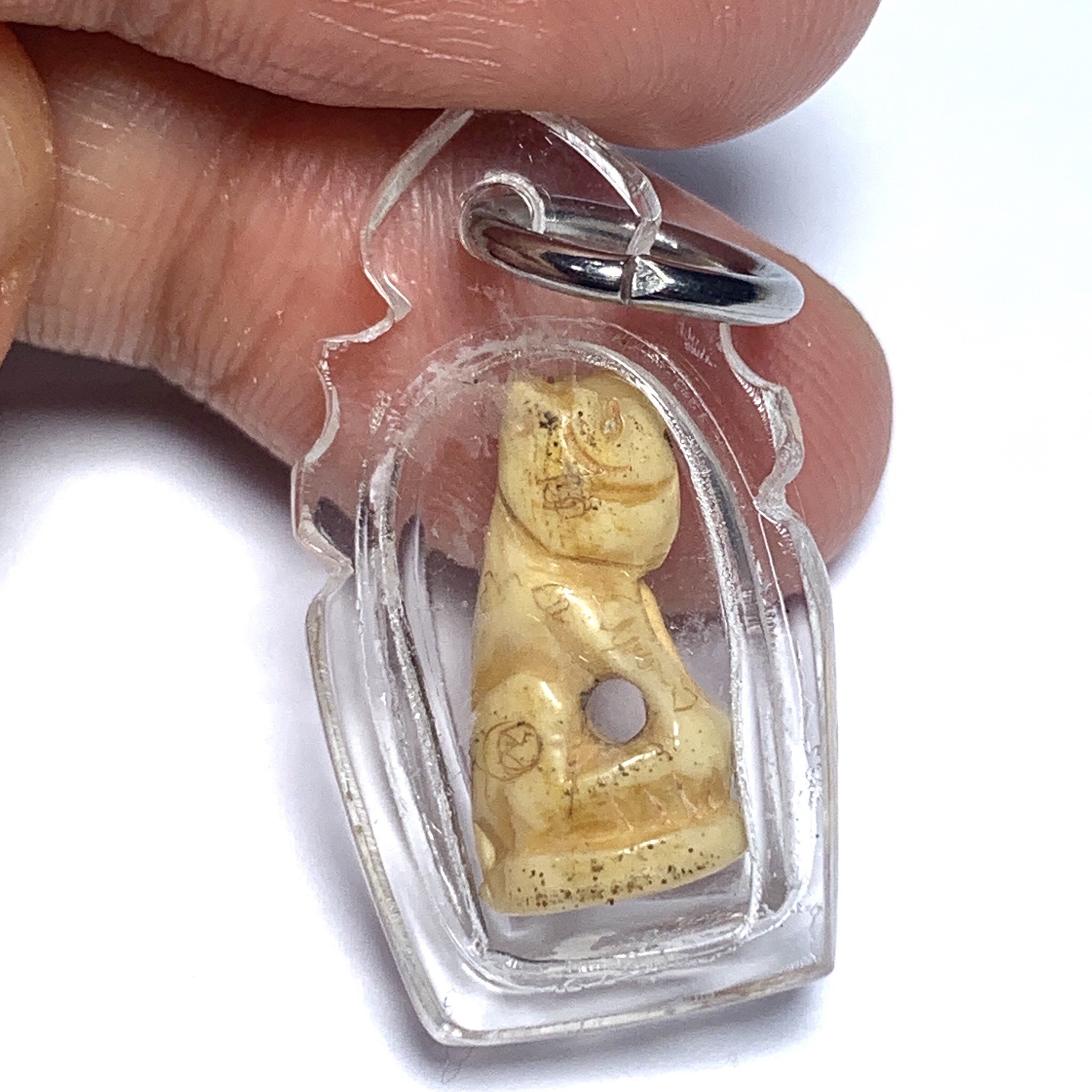 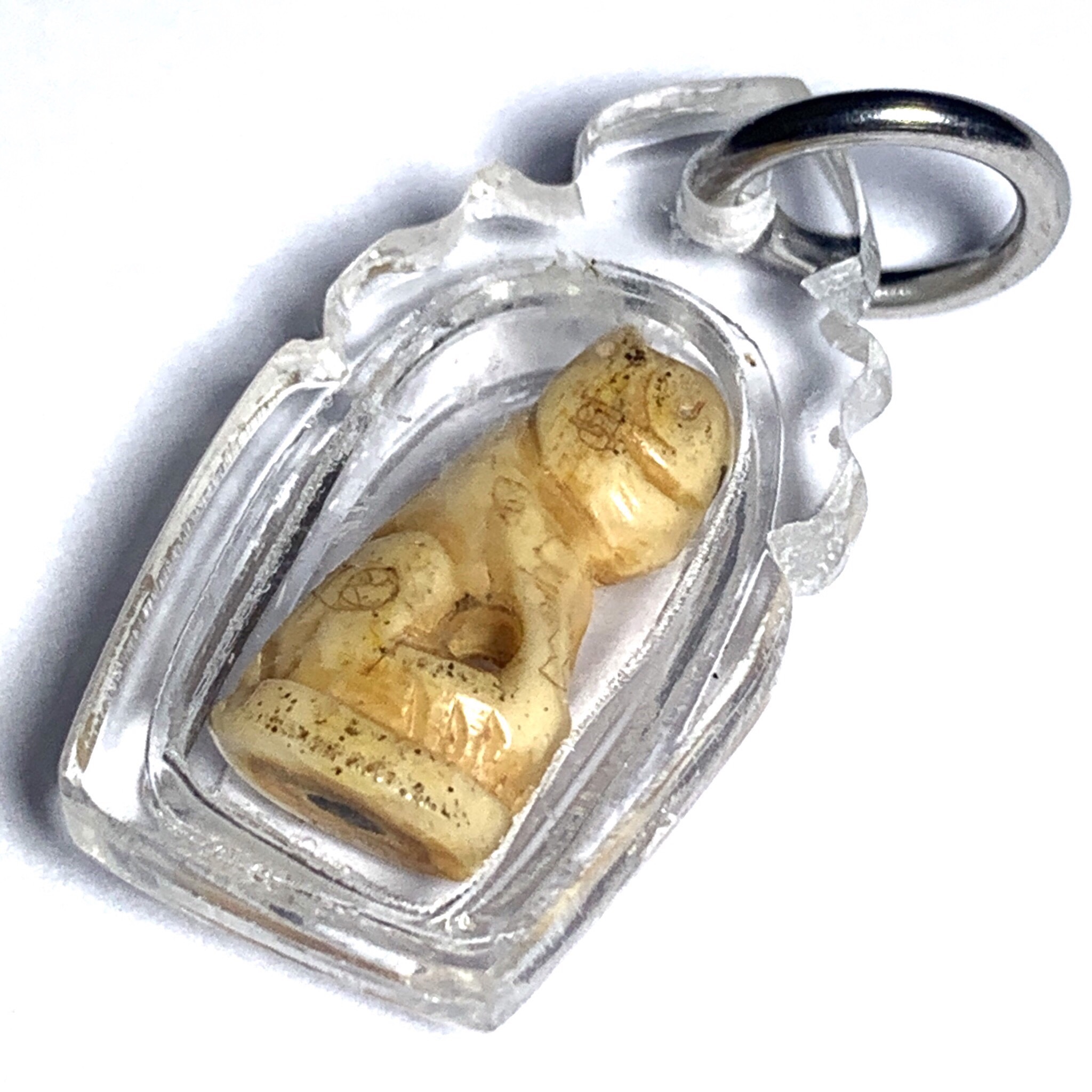