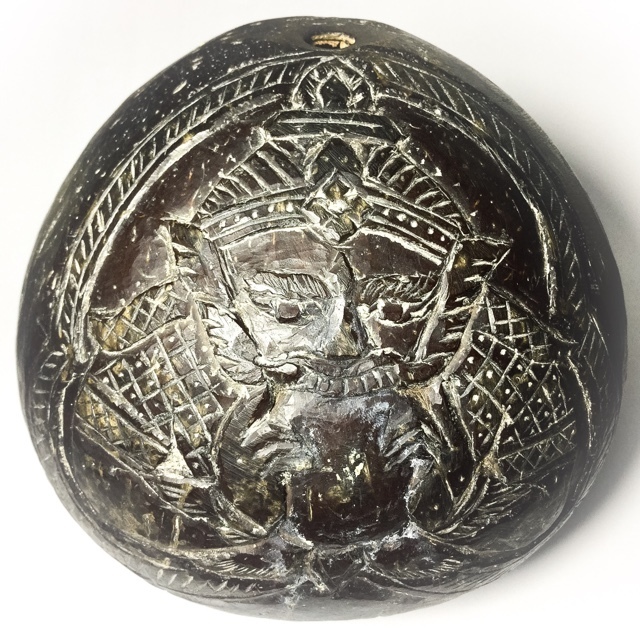 Presenting a very rare and beautiful old hand carved Ceremonial Look Kala Ta Diaw, from a highly preferred top master of Wicha Pra Rahu, Luang Por Pin, of Wat Srisa Tong, in Nakorn Pathom. There are many levels of detail found in the carved Kala Ta Diaw of Luang Por Pin, ranging from that of the simple village artisan, to the fine master craftsman.

The Look Kala Ta Diaw is a whole one eyed coconut for altar placement and Bucha to Pra Rahu Asura Deva of the Solar and Lunar Eclipse, carved by an artisan of Wat Sri Sa Tong, and empowered in the eclipses of sun and moon, and finally in the Bucha Kroo Luang Por Noi Ceremony at Wat Srisa Tong, with Luang Por Pin, presiding over the Blessing Ceremony. 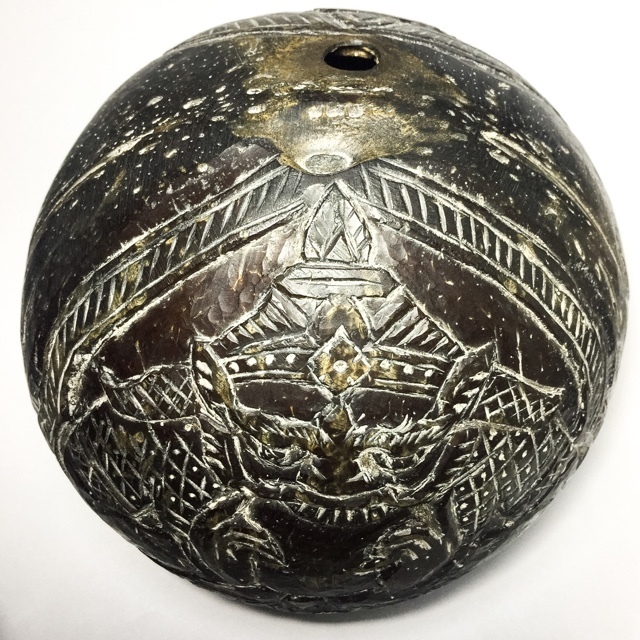 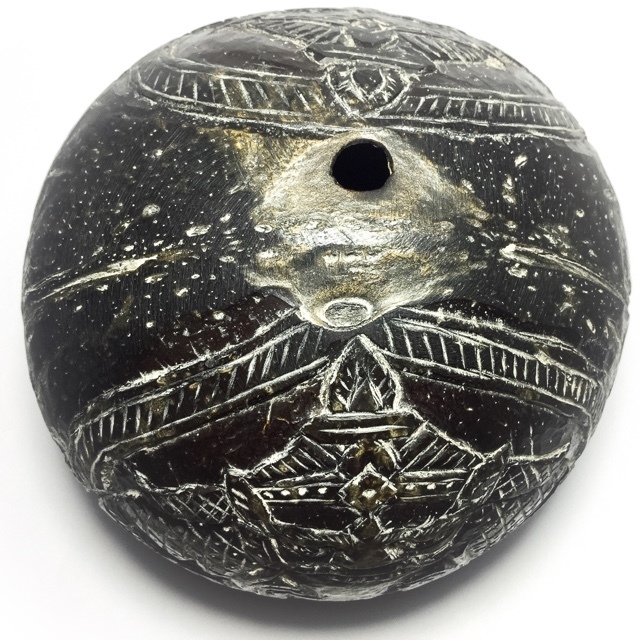 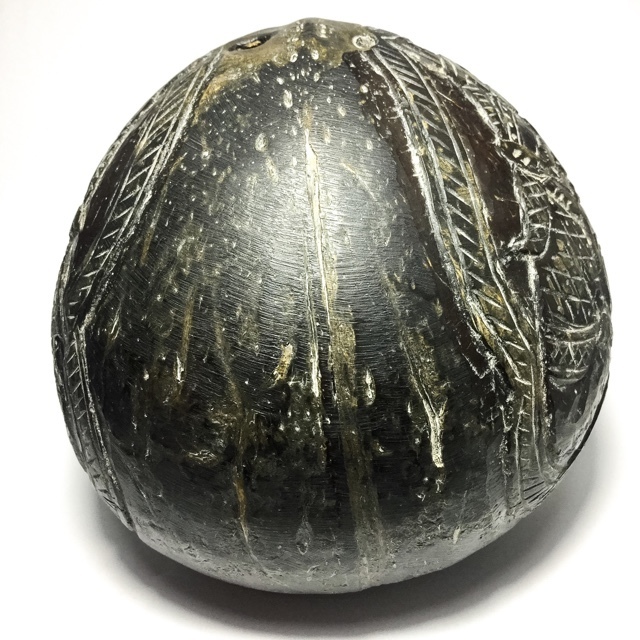 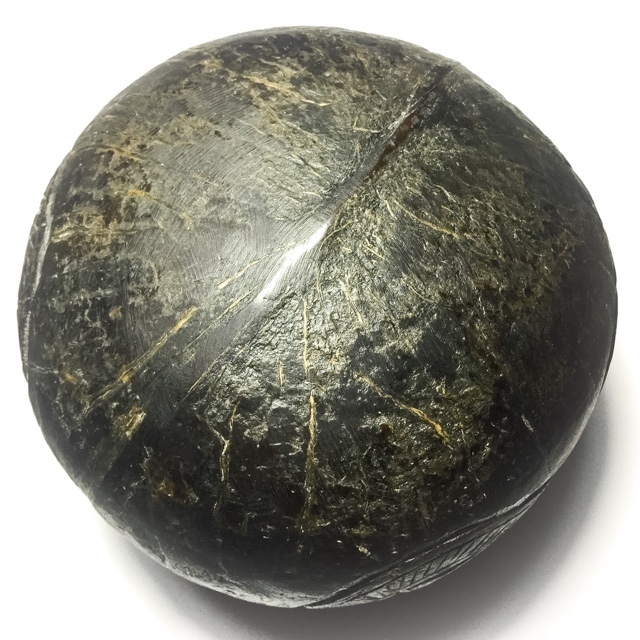 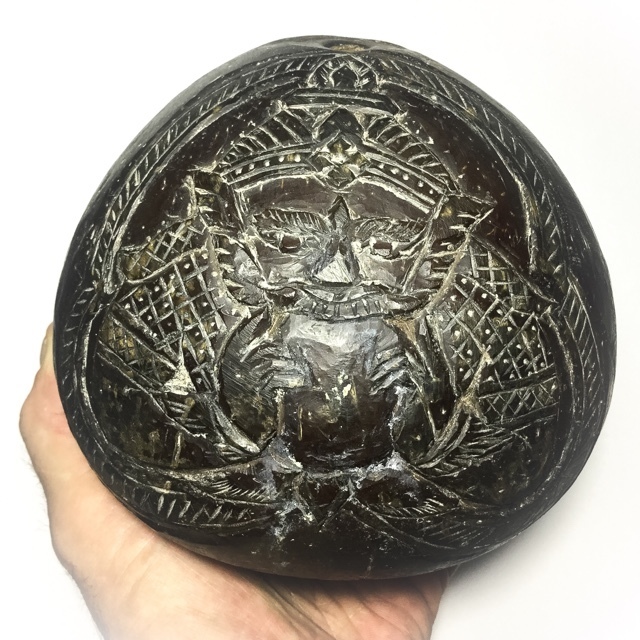 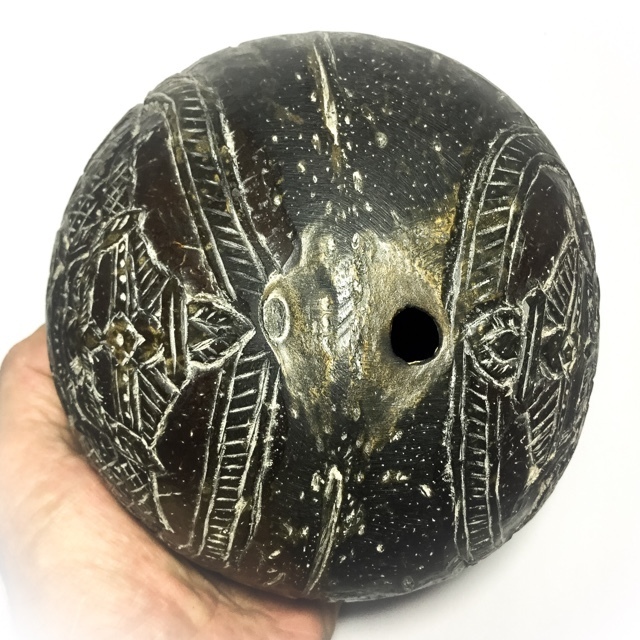 The Pra Rahu Kala Ta Diaw of Luang Phu Noi and Luang Por Pin, are the most prestigious of all in the eyes of the Pra Niyom Collector Community.

The Rahu amulets of Wat Srisa Tong themselves were made by Artisans, who were devoted Looksit of Luang Por Noi, who were mostly immigrants from Vientiane, in Laos, who moved to Thailand during the early Ratanakosin Period of Thai History. 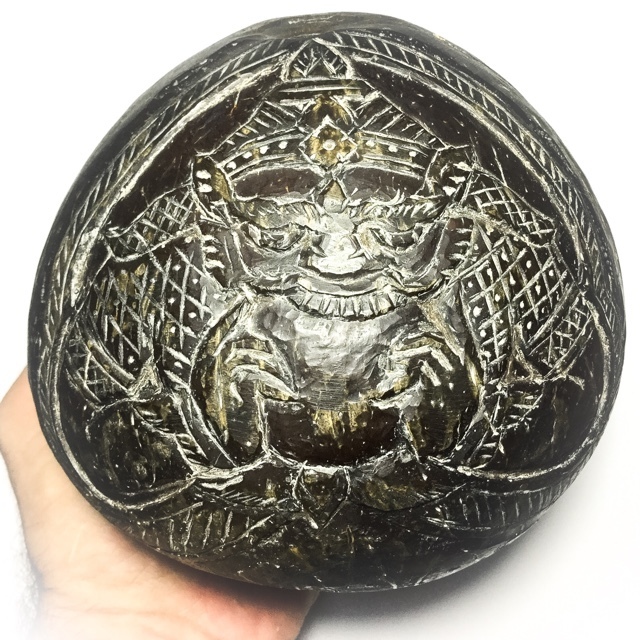 Luang Por would then would distribute them back to the devotees for protection and Serm Duang (improve fate and destiny). 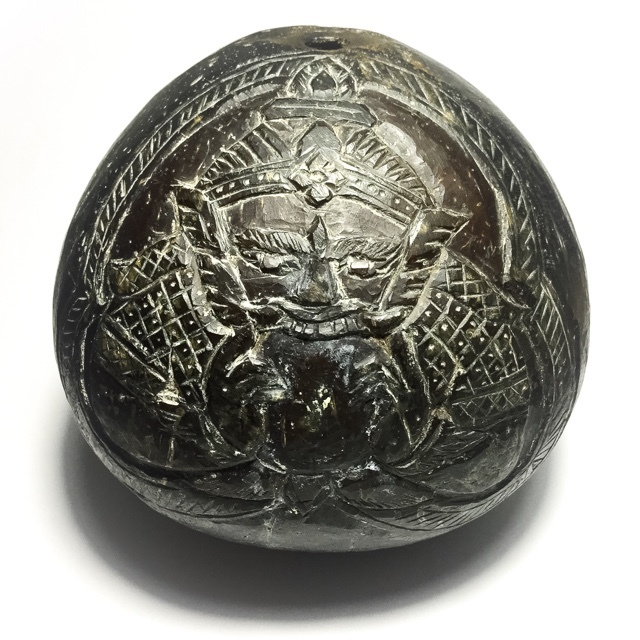 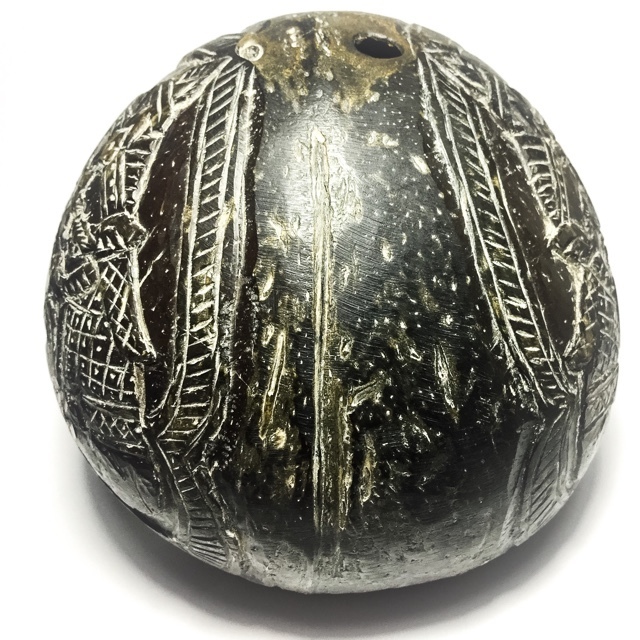 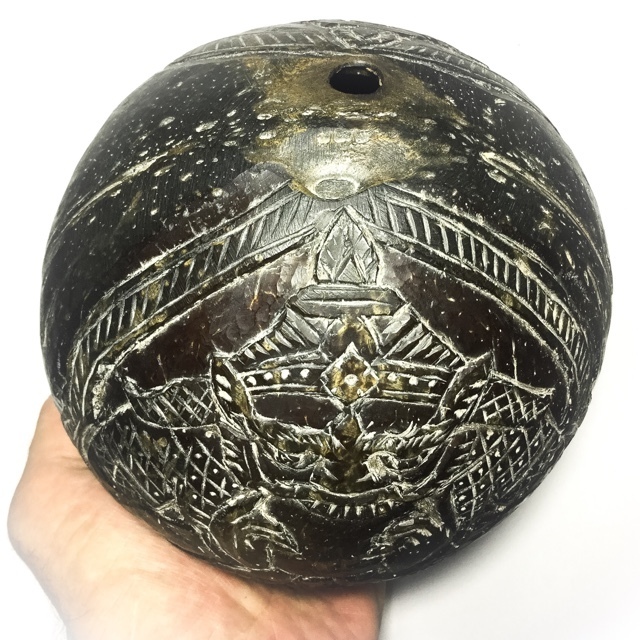 The Wicha continued on with the next abbot Luang Por Manich, whic also passed away now in 2559 BE. We await the appearance of the next Master of the Wicha Rahu of Wat Srisa Tong, and hope to find and present as many examples of the amulets of this lineage as we can over the coming years, to collect and admire. 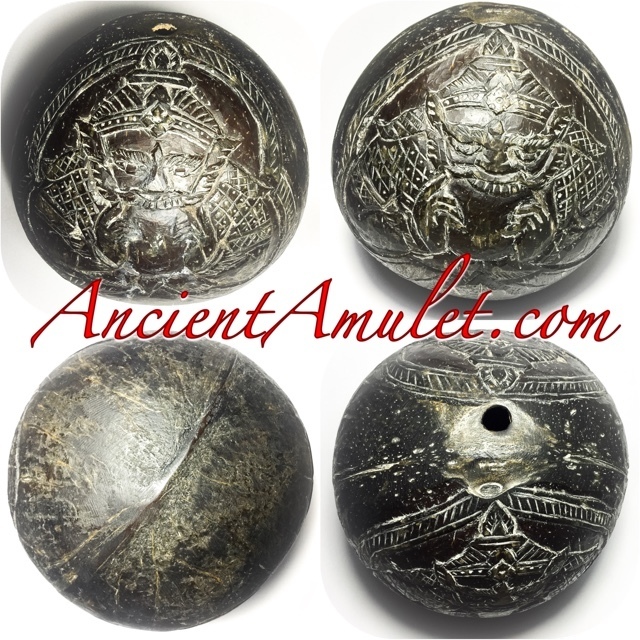