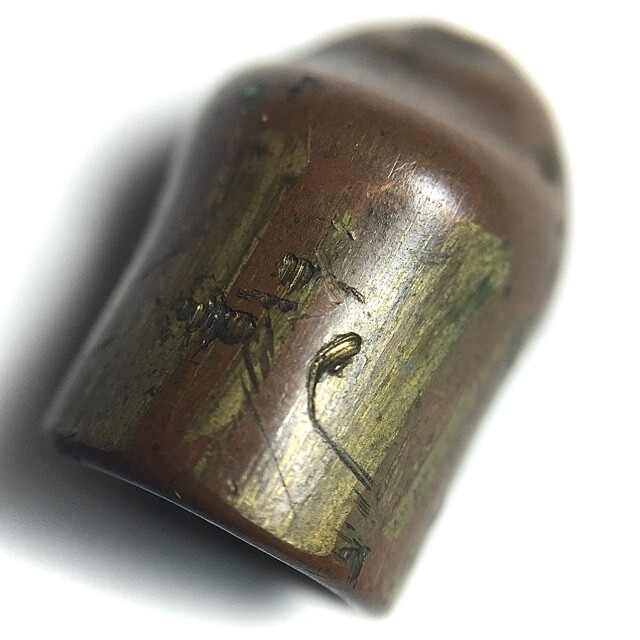 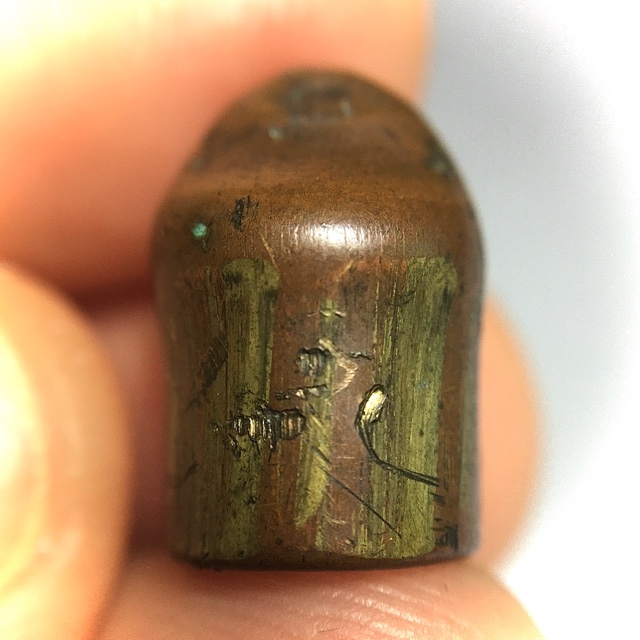 Free Registered Air Parcel Shipping Worldwide is included with this amulet. The Takrut is a 9 mm Shell measuring 3 Cm Long, and a sealed leaden indent on the butt of the shell of the bullet, which has the sealed spells of Luang Por Guay Within. 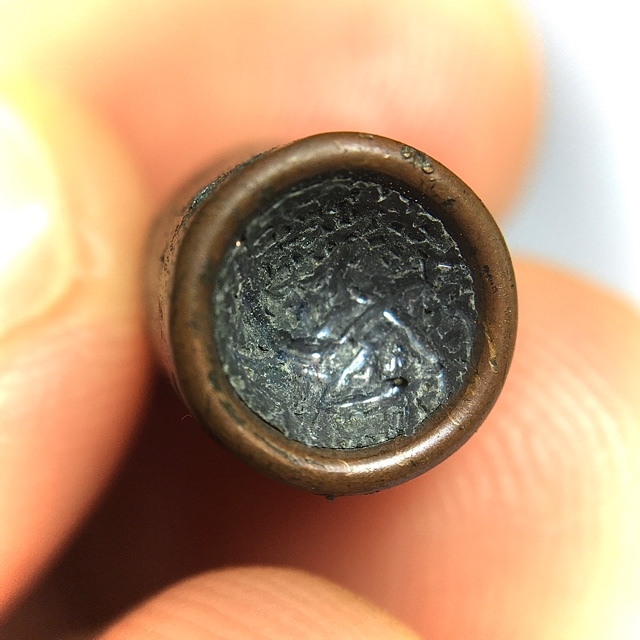 Luang Por Guay's amulets have reached the highest level of respect and collector-ship in their history now, and are considered to have noticeable effects that are felt be everybody who owns and wears one of his amulets. The stories of confirmation of their power are more than can be counted, and his Great Patipata and Exceedingly Powerful applied methods of Sorcery are a large part of what attributes to their power. His amulets are now extremely rare to find because those who already own any will never wish to part with them again, and they are hence becoming one of the rarest kind of amulets to find these days. Usually this happens because of speculation by the collector scene, but in the case of Luang Por Guay's amulets, it has happened primarily for their Sacred Value, much much more than for their collector-ship and artistic value, which is of course also extremely high. 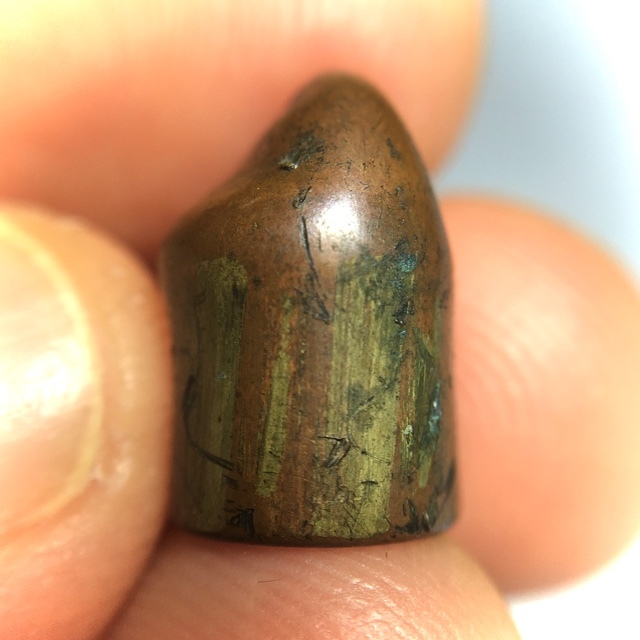 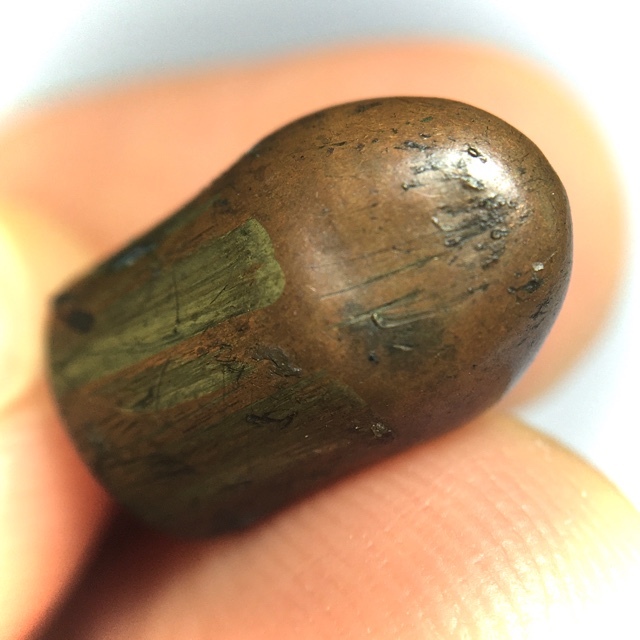 The temple thus only had old rickety Kuti huts and no fancy buildings except for the Uposadha shrine room, the Kuti Chudtintaro (memorial Kuti hut for LP Guay), and the Sala Tam Bun building. Luang Por Guay passed away, on the 12 April 2522 at the age of 75 years old. He passed on in peaceful recline. The year before he died, he fell ill, and was carried to Paya Tai hospital for examination. The examining Doctor concluded that Luang Por Guay was suffering from food deficiency since over 30 years, and gave him some protein supplements for a period of a whole month, which turned out to still not be enough for his physical needs. 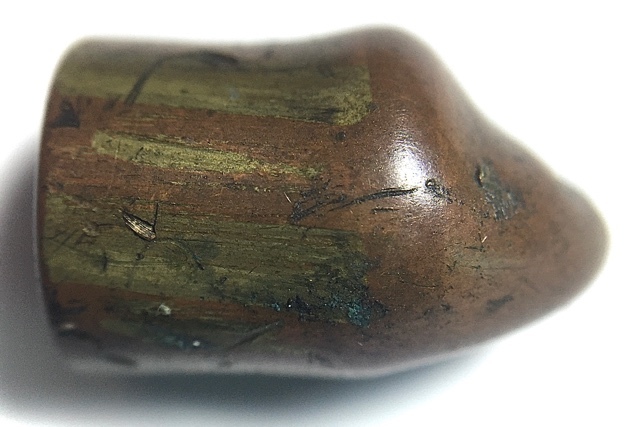 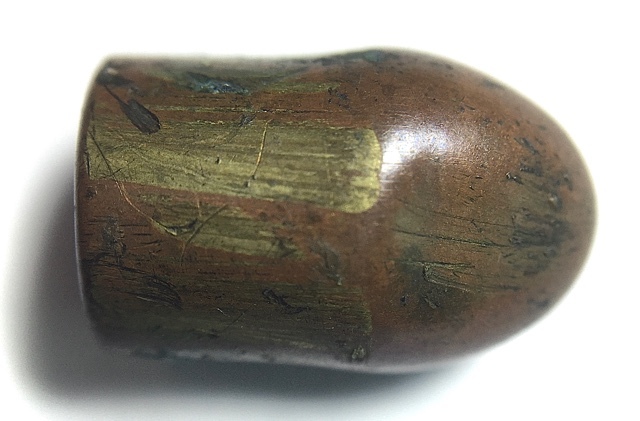 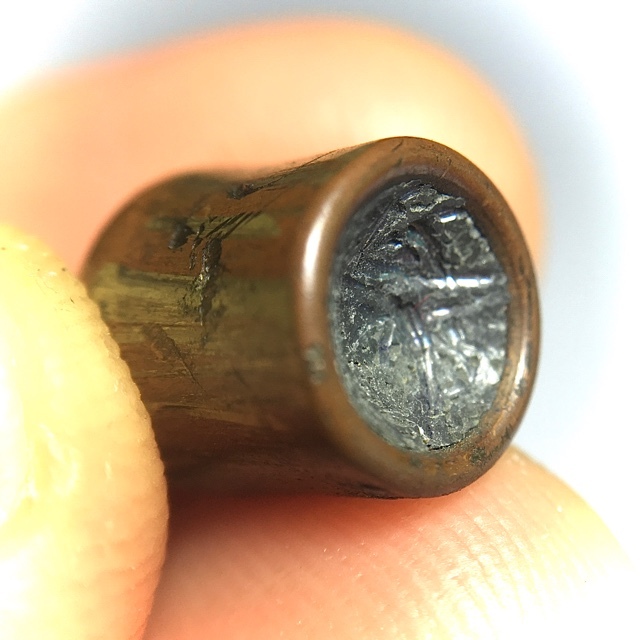 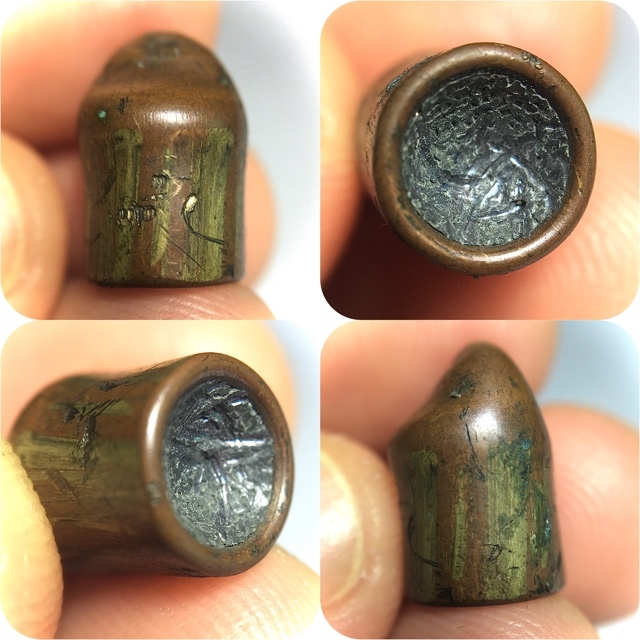