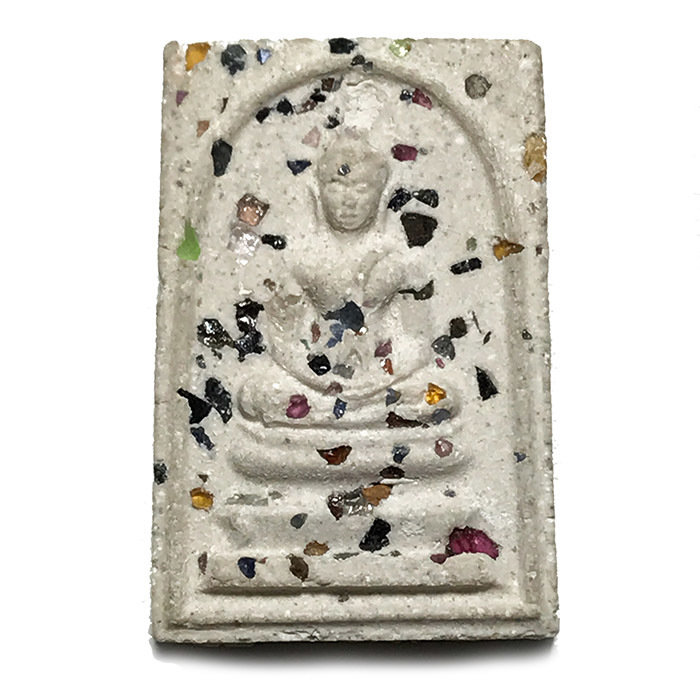 Pra Somdej Pim Sam Chan Hlang Yant Votive Tablet with Gemstone Fragments, Pim Sam Chan Buddha on three tiered Dais on one side, and Sacred Yant on the other side. A now highly sought after series from Luang Por Guay, which he gave to Wat Racha Nadda in 2512, and which were also blessed in Buddha Abhiseka ceremony by Luang Phu To (Wat Pradoo Chimplee), Luang Por Pring (Wat Bote Goeng Tanu), and Luang Phu Nai (Wat Ban Jaeng). The Somdej Roey Ploi 2512 BE is a series which has now since many years officially entered the Tamniab Wadthumongkol Pantheon of amulets of Luang Por Guay, and is accepted by all major amulet appreciation societies.

More than 4 Decades ago, Luang Por Guay made these Exquisite, and now Incredibly Rare Inner Circle Collector Pieces. In the year 2512 BE he passed them on to the Abbot of Wat Racha Nadda, who empowered them even further with a host of great masters who passed through, and, in a final Putta Pisek Blessing with Pra Maha Gomaes inviting Luang Por Guay again to Preside over the final Putta Pisek Ceremony in 2515 BE. 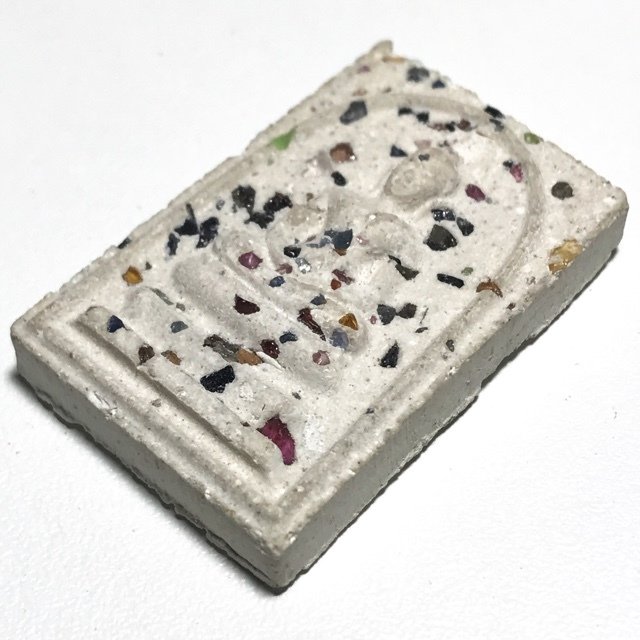 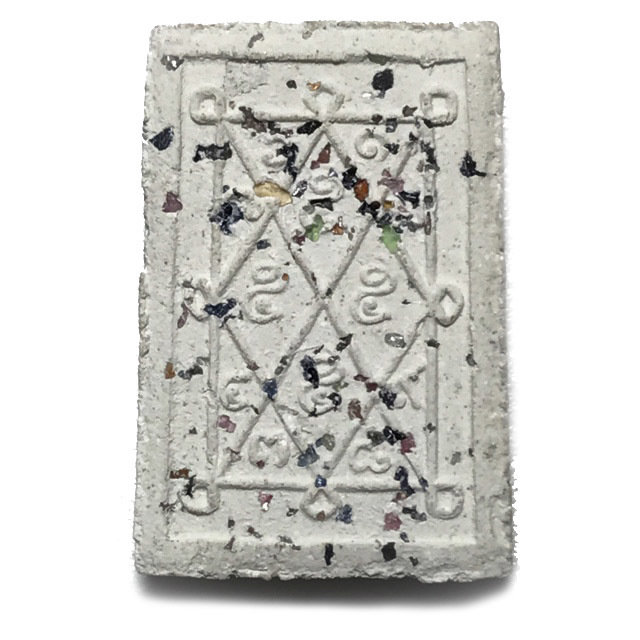 The front face is a classic Pra Somdej Sam Chan (3 tiered) of the 'Thaan Singh' variety dais Notice the slim line between the Buddha and the 3 tiered dais, which represents his meditation mat. This particular Pim, is unusual for the presence of the Yant Grao Paetch diamond armour Yantra on the rear face, and is notable for the fact that a large amount of gemstone fragments adorn this exhibit, making it extremely attractive 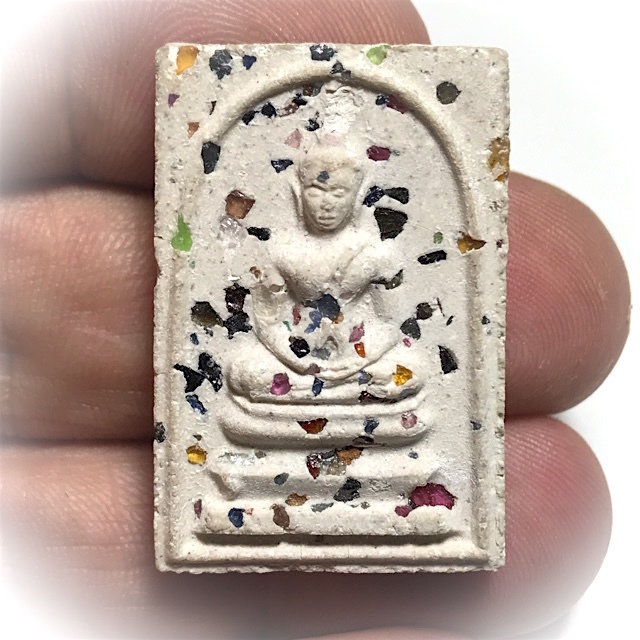 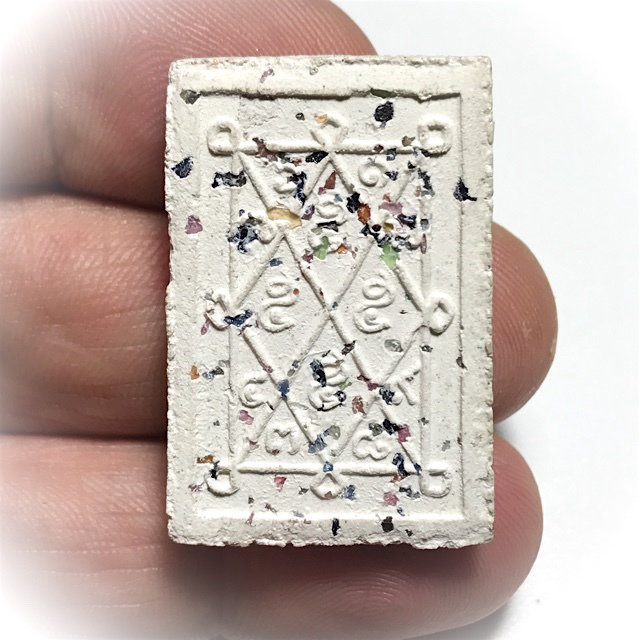 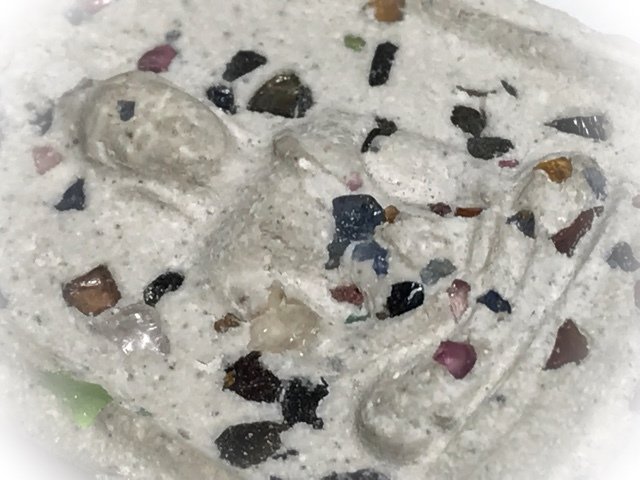 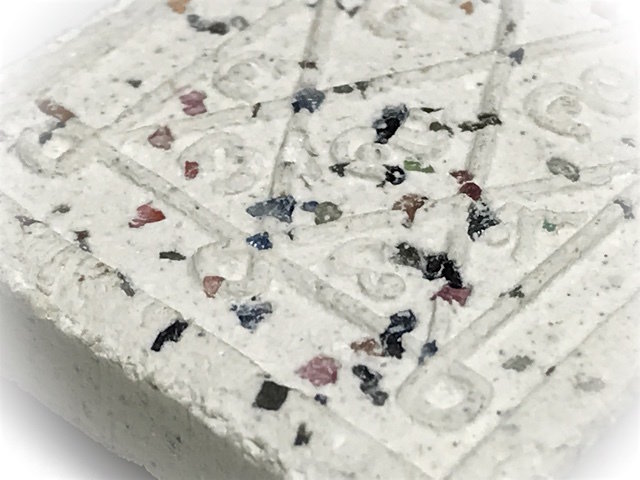 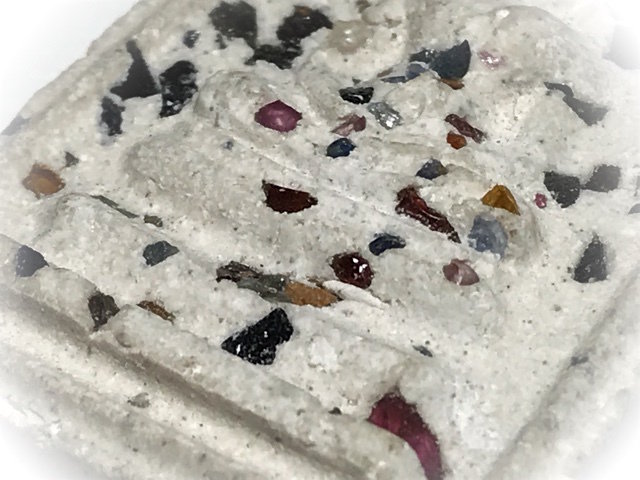 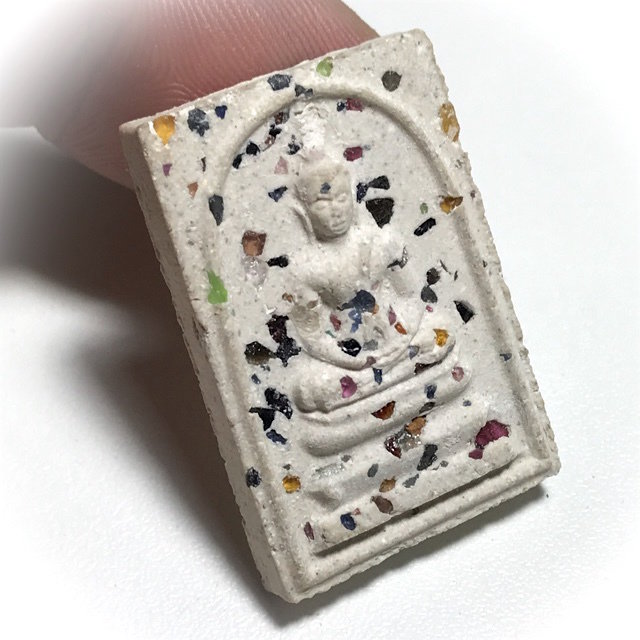 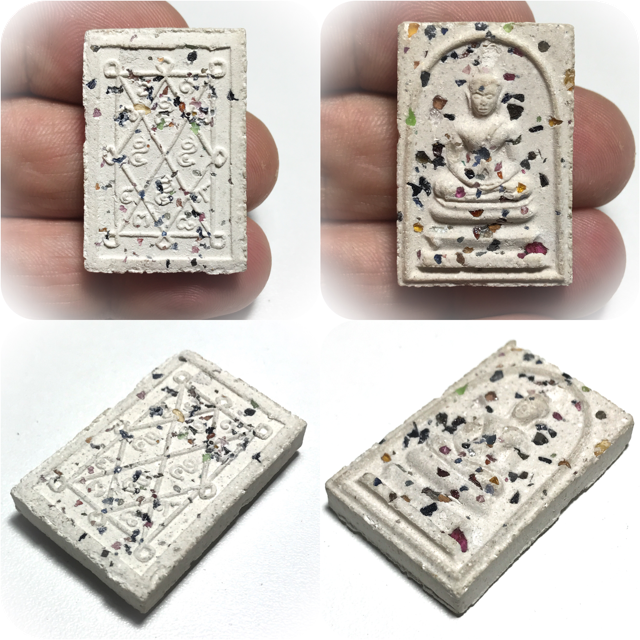