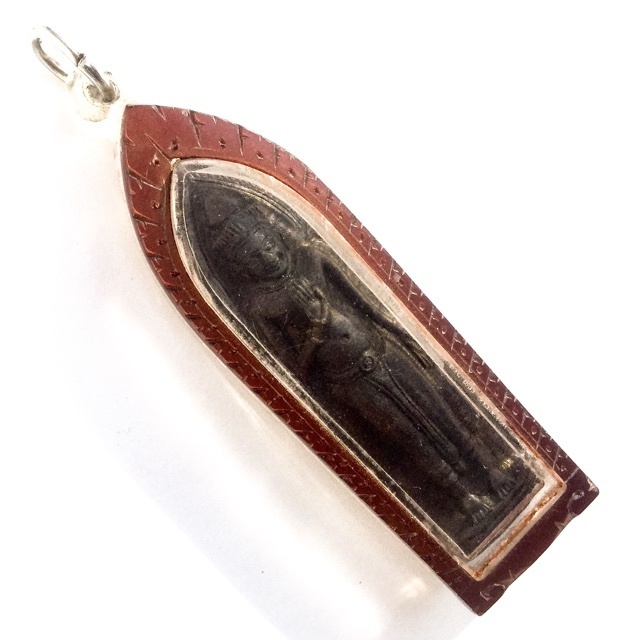 This Fine Example of this Classic and Ultra Collectible Amulet from Wat Doi Sutep in Chiang Mai is in Absolute Pristine Condition, and is a highly prized amulet for the powerful blessings given by some of the Greatest Master Monks of that Era. 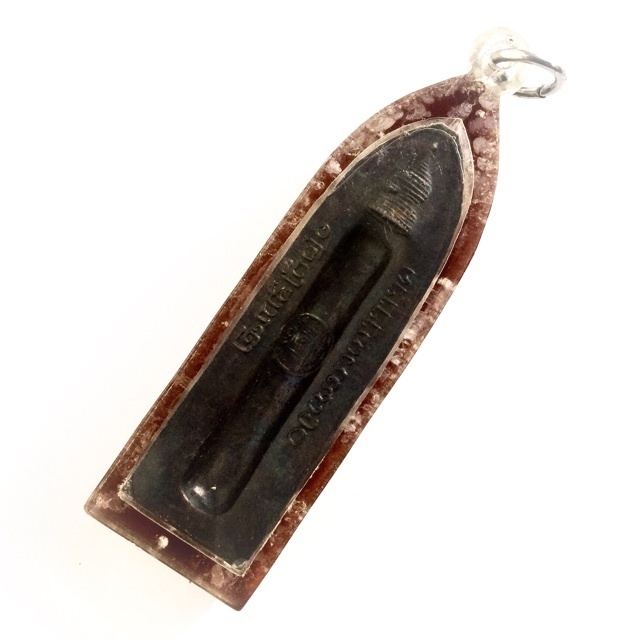 Pra Ruang Rang Pern Wat Doi Sutep 2515 BE - empowered in an Important and Officially Documented Putta Pisek ceremony at Wat Doi Sutep, with the Great Honorable Presence of the Great Arahant Luang Por Kasem Khemago, to assist in the Empowerment. This is the 'Pim Prataat Noon' (Raised relic Stupa), which is notable by the raised embossed Chedi Stupa on the rear face, there was also another version with an indented Chedi Stupa, known as 'Pim Prataat Jom'. 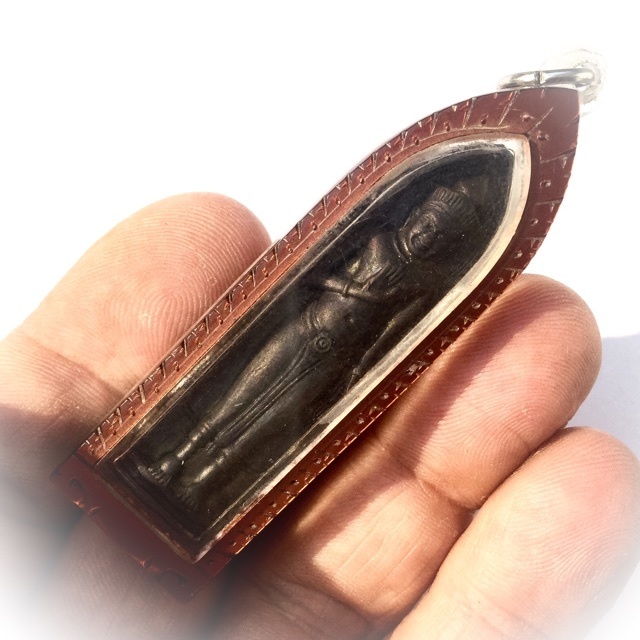 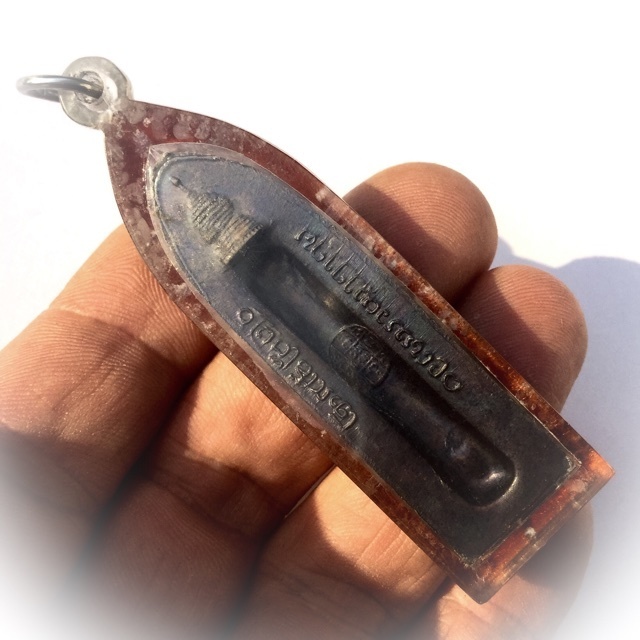 The Devotees of Luang Por Guay revere and Seek this amulet extremely because of his Personal Involvement in the empowerment ceremony, and this in itself makes the amulet an ever rarer to find amulet. Luang Por Guay's amulets have reached the highest level of respect and collectorship in their history now, and are considered to have noticeable effects that are felt be everybody who owns and wears one of his amulets. The stories of confirmation of their power are more than can be counted, and his gereat Patipata and Exceedingly Powerful applied methods of Sorcery are a large part of what attributes to their power. 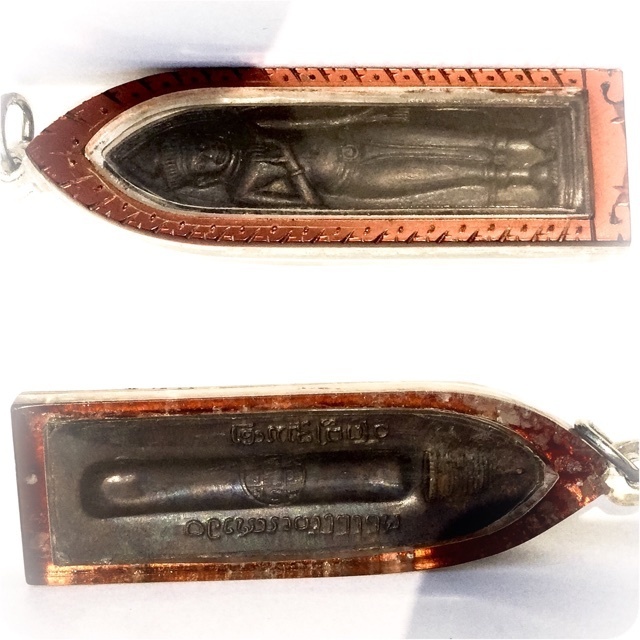 Luang Por Guay amulets are anyway now becoming so rare and ever increasing in price, that any editions which he was involved with are becoming highly sought after. Read full Biography of Luang Por Guay Chudtintaro - Wat Kositaram

The presence of Luang Por Kasem is in itself another factor which makes this amulet a highly faith instilling Buddhist Artifact. Luang Por Kasem Khemago of Sussaan Dtrailaks in Lampang is considered an Arahant in Thailand. His Birth was predicted by the Great Kroo Ba Srivichai naming him as the ‘Meritorious One’, and his Legend is One of Great renunciation and Purity. 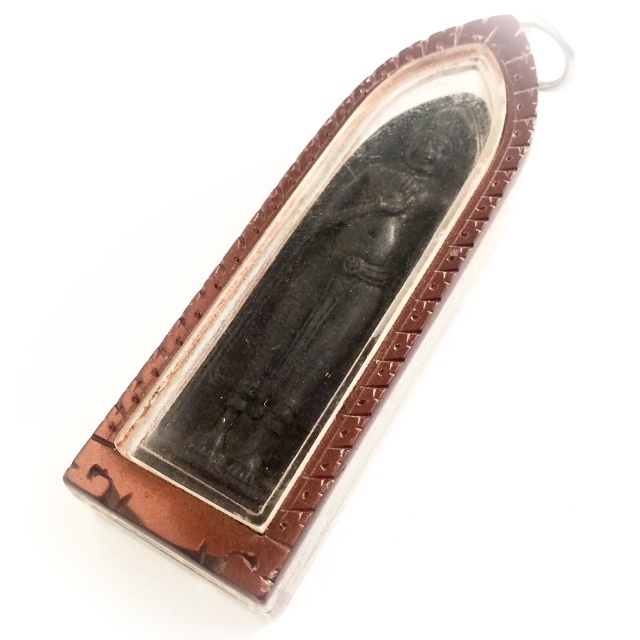 In addition, the Powerful Magic of the Great Luang Phu To of Wat Pradoo Chimplee being bestowed upon this All Time Eternal Classic Buddhist Amulet, makes it Undoubtably a Best Choice for any and every Buddhist.

Luang Phu To was born on the 27th March 2429 BE in Ban Klong Bang Noi in Samut Prakarn and passed away on 5th March 2524 BE. His amulets are both highly revered for their sacred Power of Protection and Prosperity, but also as a connection and Buddhanissati reminder of the Great Guru master, to beseech his blessings through the amulet. 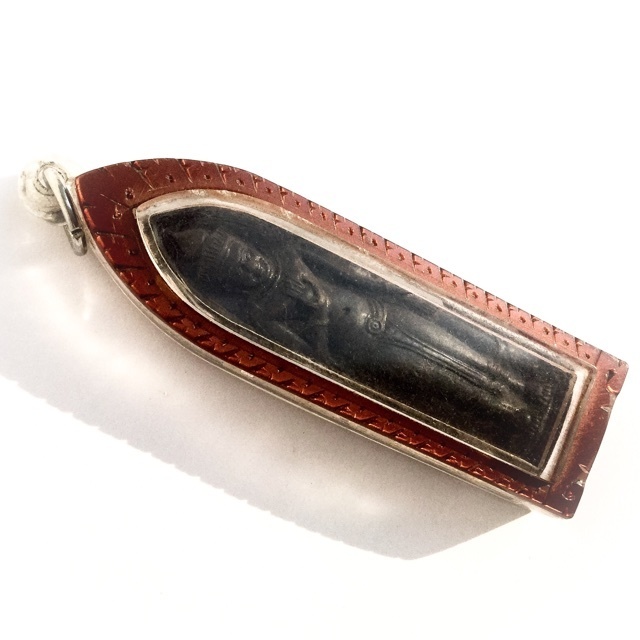 His amulets are of the most highly sought after of all Masters ever seen to grace the pages of any and every important amulet encyclopedia, and are the highly prized and jealously guarded treasures of the high end collector and devotee.

His many honorable awards of status reflect his great practice and diligence, since beginning to study the Dhamma Vinaya at Wat Pradoo as a Samanera Novice monk, through to become the Bishop of the Ta Pra Municipality (2463 BE), to becoming awarded the charge of being the Pra Kroo Sangka Wichit for the Abbot of Wat Maha Tat in 2457 BE. 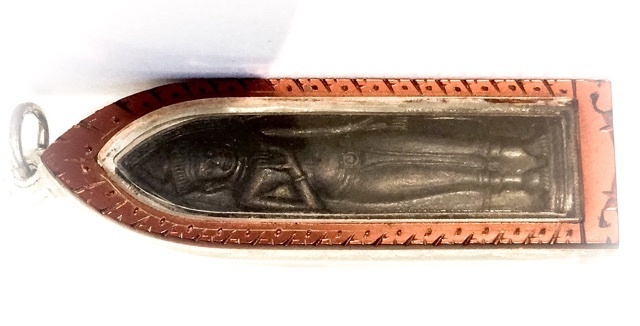 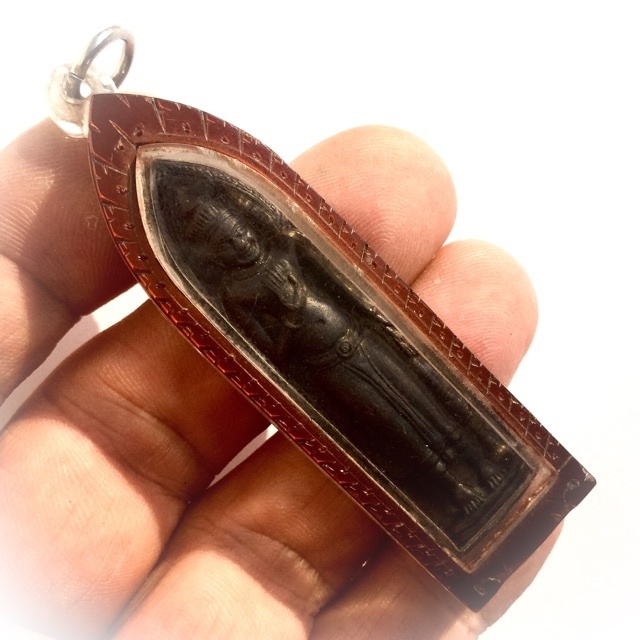 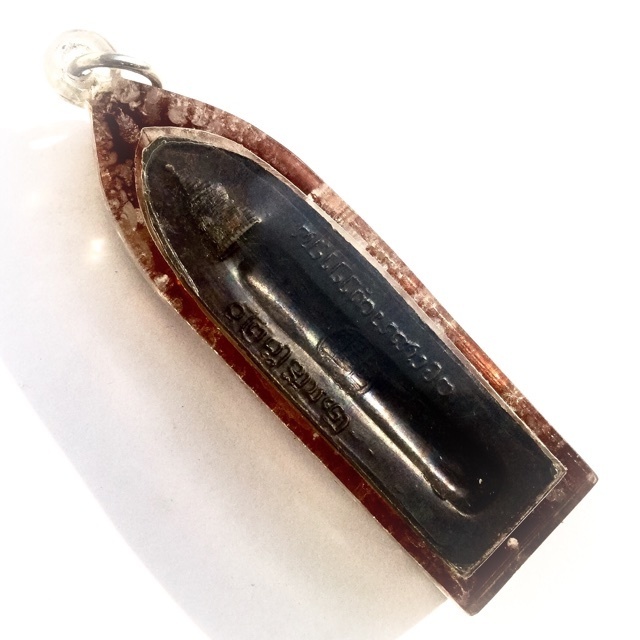 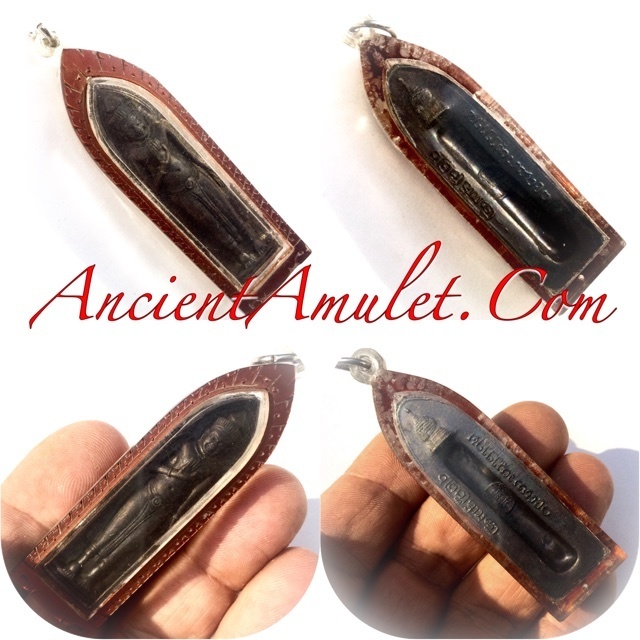