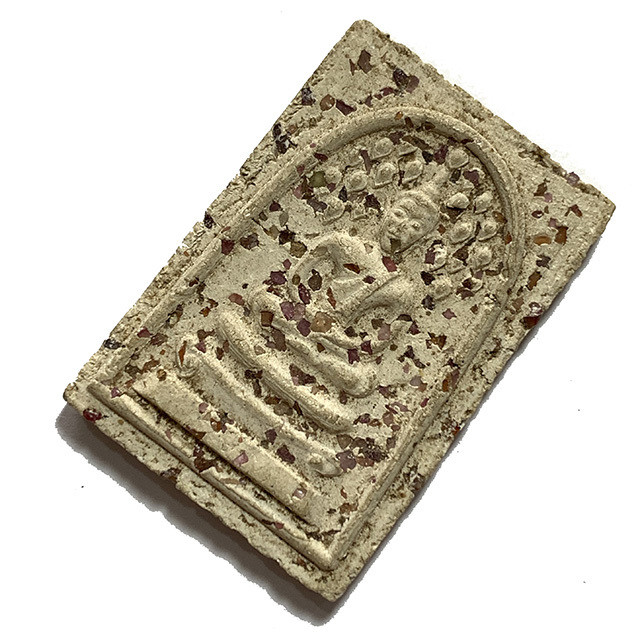 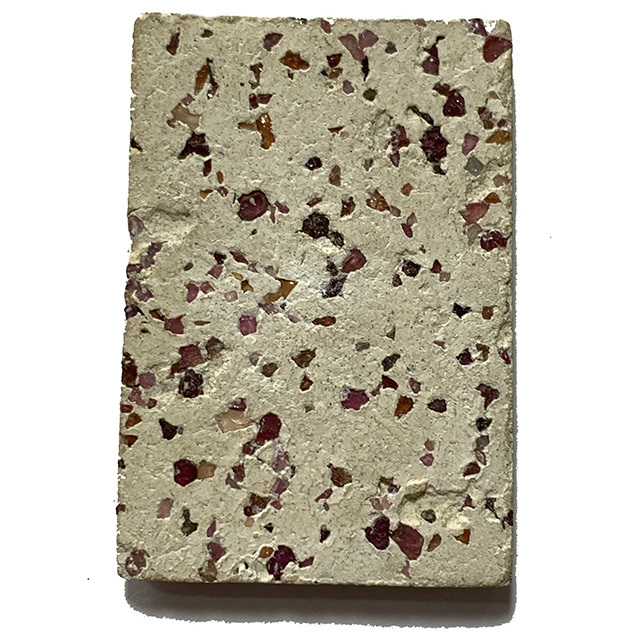 The Somdej Roey Ploi 2512 BE is a series which has now since many years officially entered the Tamniab Wadthumongkol Pantheon of amulets of Luang Por Guay, and is accepted by all major amulet appreciation societies.

Free Registered Air Parcel Shipping Worldwide, and the offer of free waterproof or stainless steel casing is included with this amulet. More than 4 Decades ago, Luang Por Guay made these Exquisite, and now Incredibly Rare Inner Circle Collector Pieces. In the year 2512 BE he passed them on to the Abbot of Wat Racha Nadda, who empowered them even further with a host of great masters who passed through, and, in a final Putta Pisek Blessing with Pra Maha Gomaes inviting Luang Por Guay again to Preside over the final Putta Pisek Ceremony in 2515 BE. 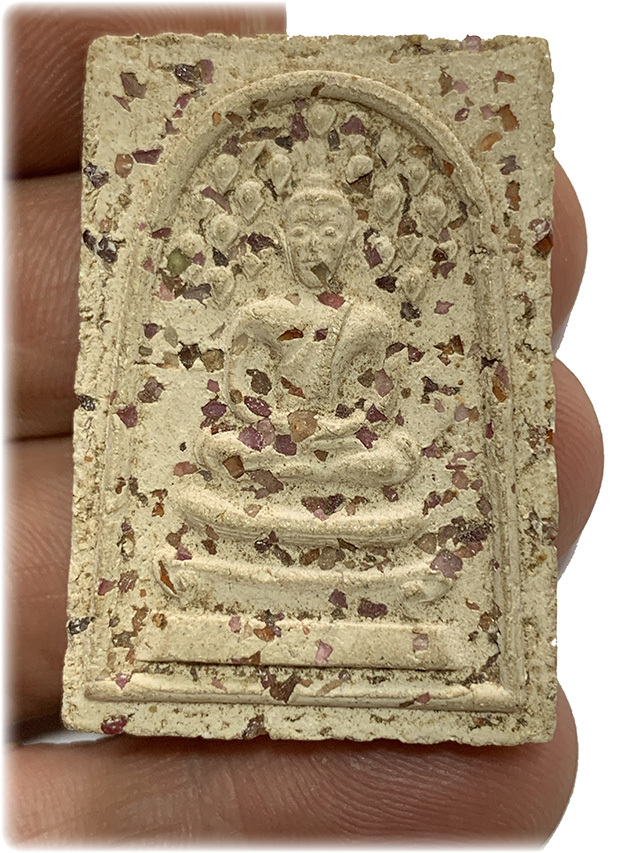 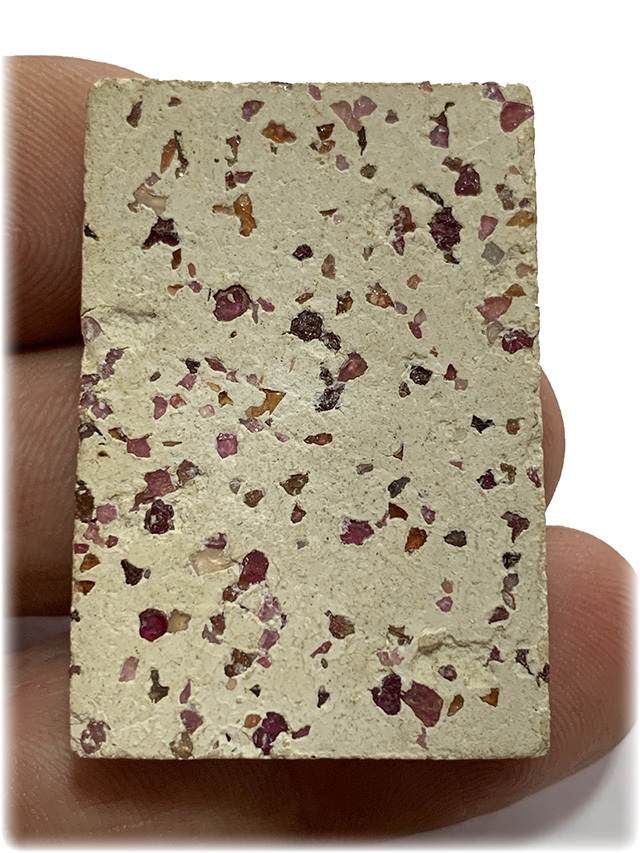 The front face is a classic Pra Somdej Sam Chan (3 tiered) of the 'Thaan Singh' variety dais Notice the slim line between the Buddha and the 3 tiered dais, which represents his meditation mat. This particular Pim, is unusual for the presence of a large amount of gemstone fragments adorn this exhibit, making it extremely attractive. 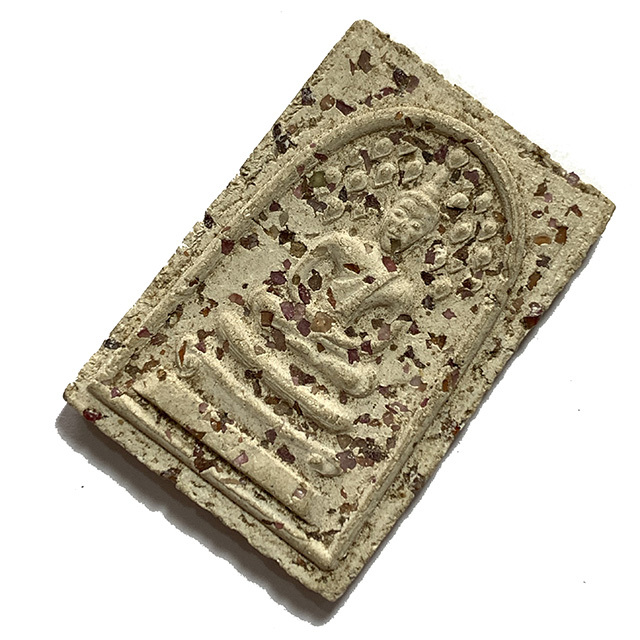 Note; when we compare the above and below images, we can see a difference in color tone, which is always an issue with the photography of amulets, depending on light, lens, camera, and even the screen you use to view the image with. The above image shows a more yellowy tone, whereas the below image shows a more whitish-gray tone, which is closer to the true color of the amulet. One should always understand that photographs are very difficult to represent the exact true color of an object. The above image was taken with sunlight, whereas the below photo was taken in natural-tone artificial lighting (slightly blue tinted). 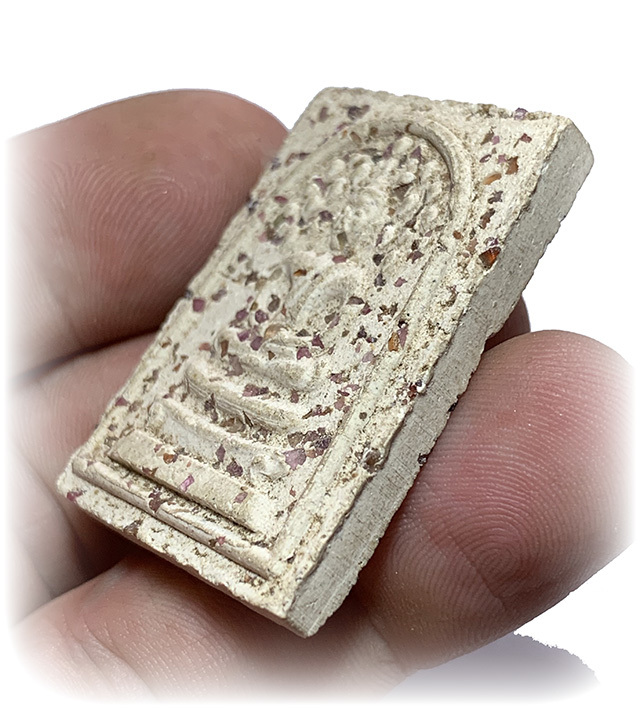 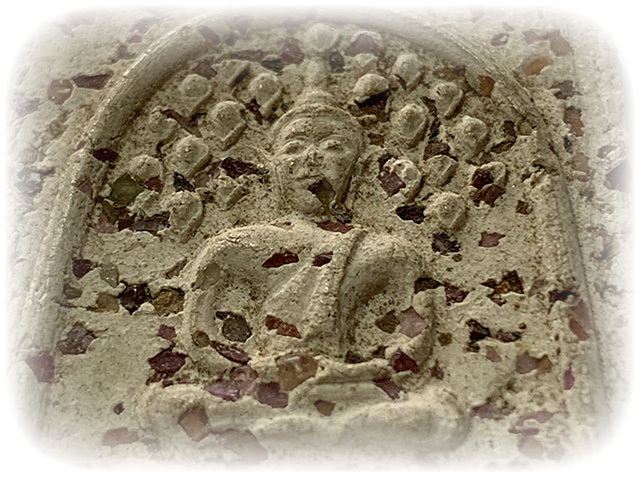 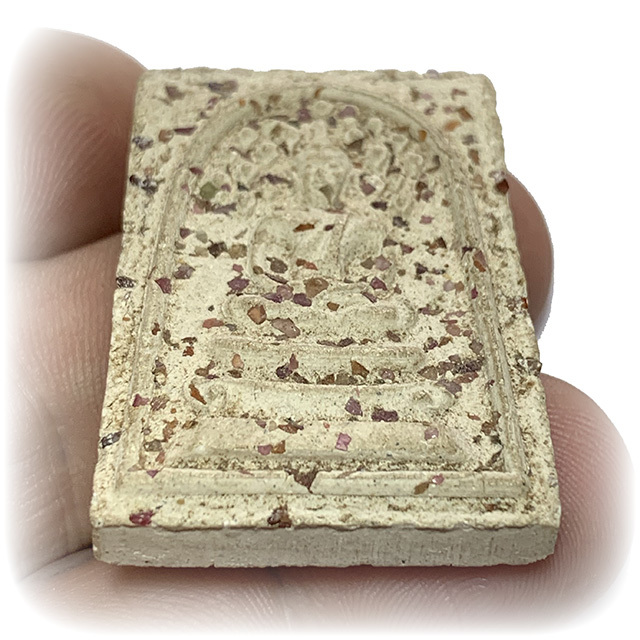 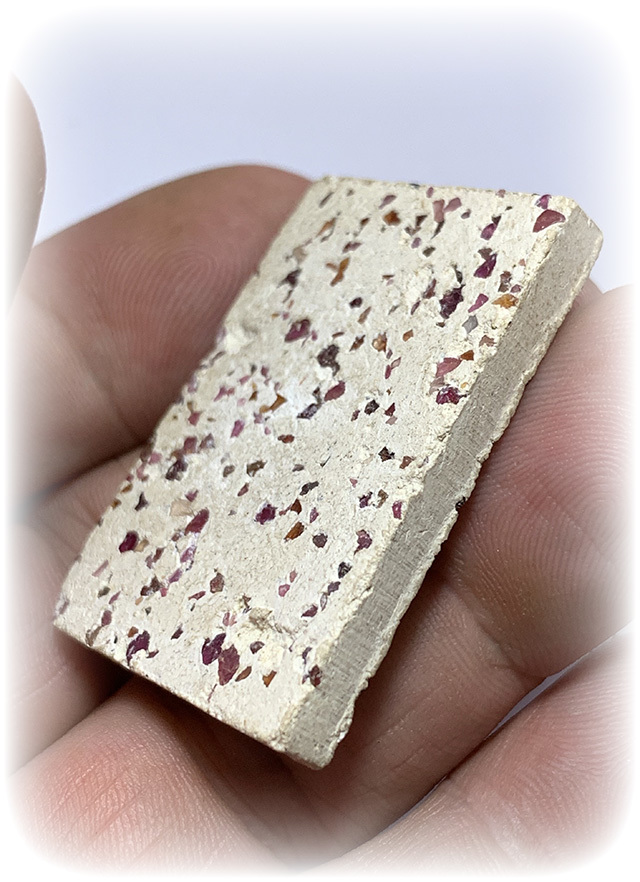 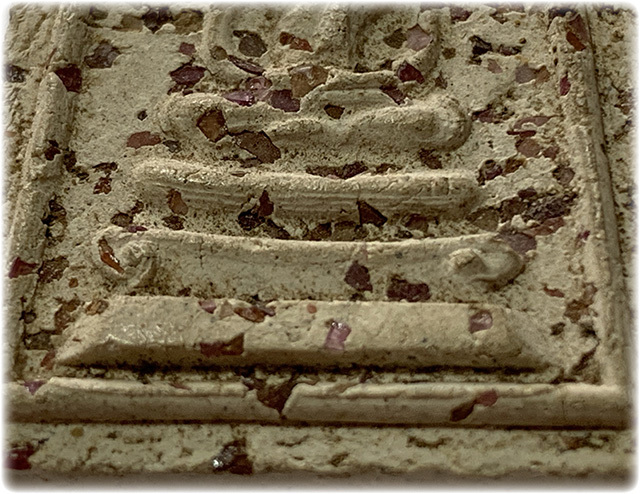 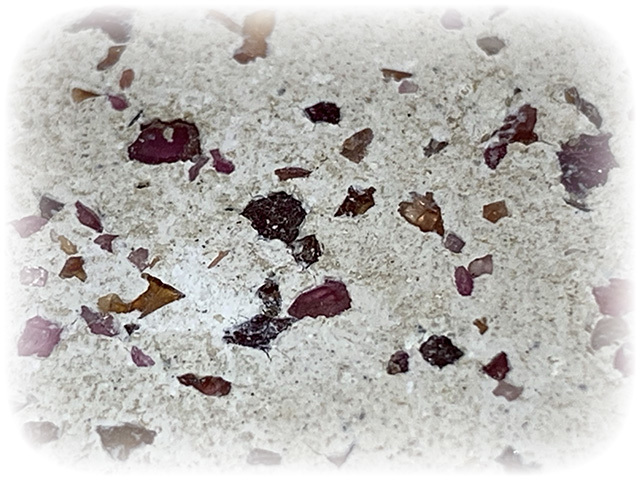 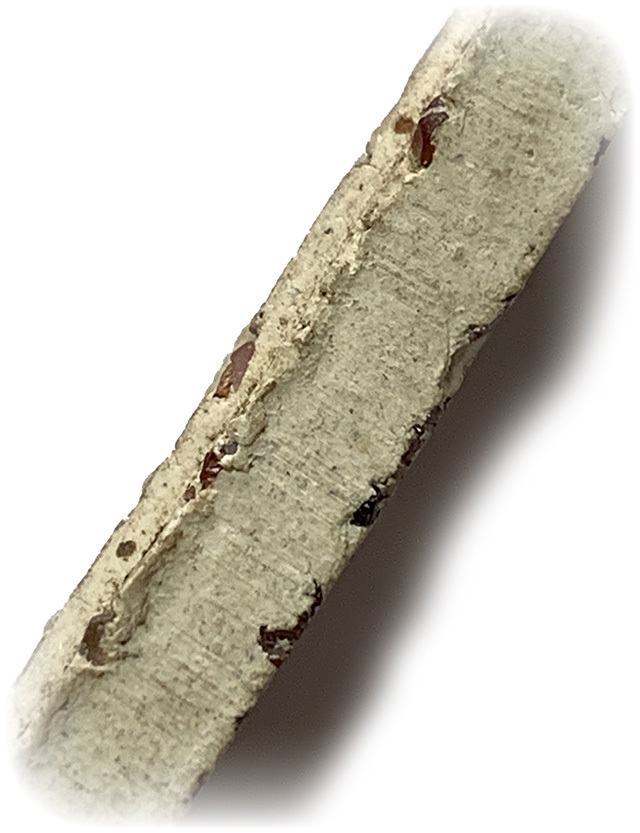 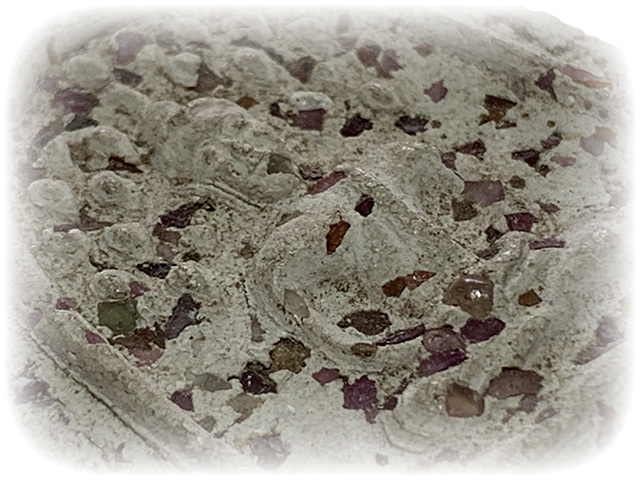 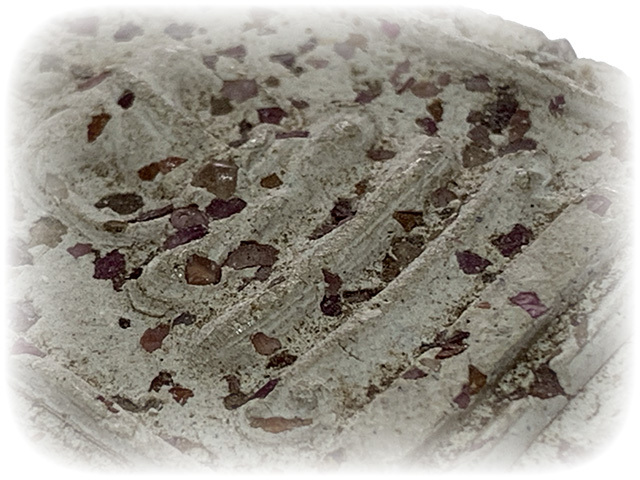 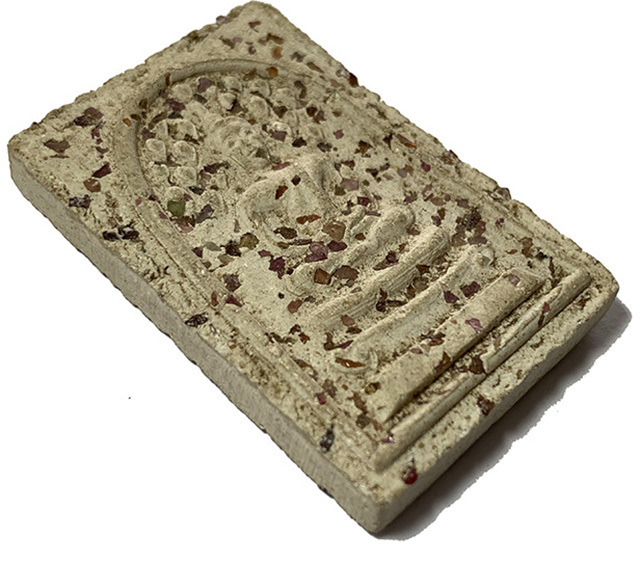 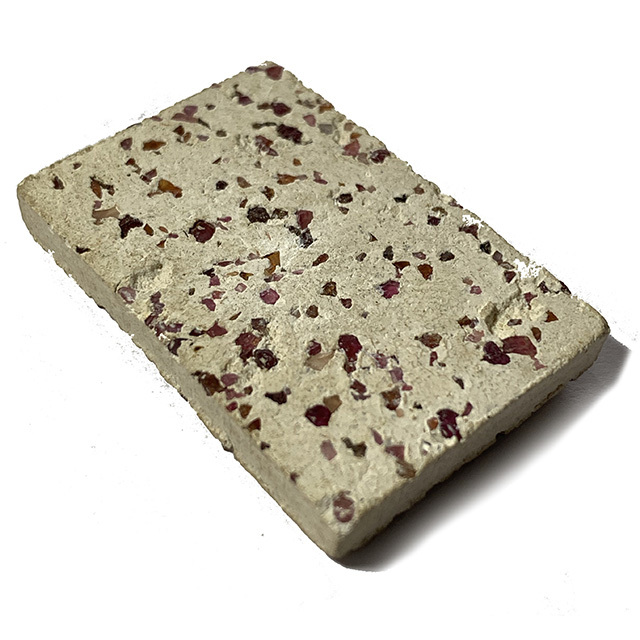 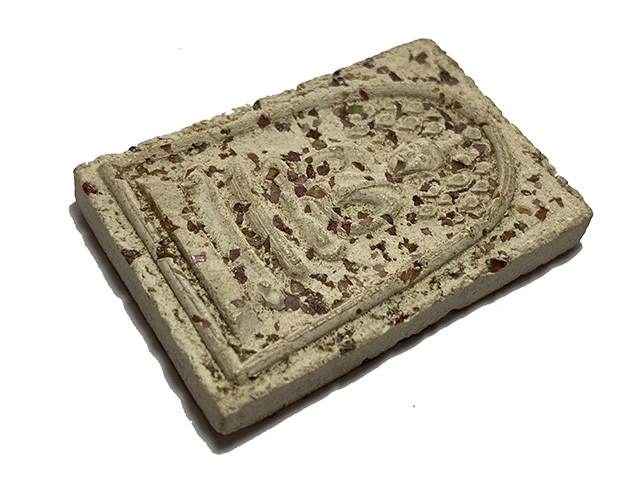 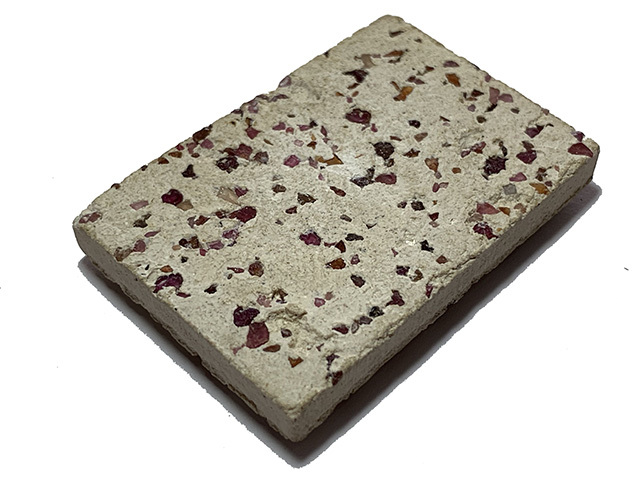 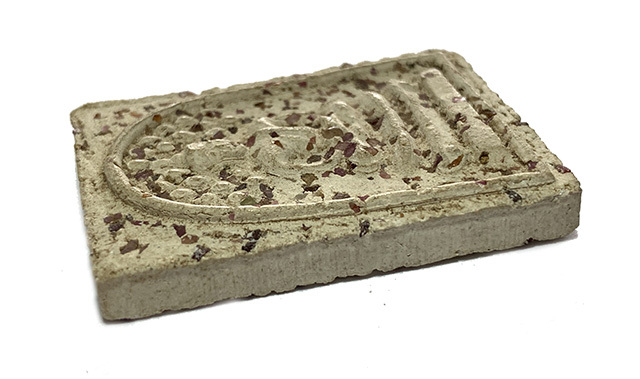 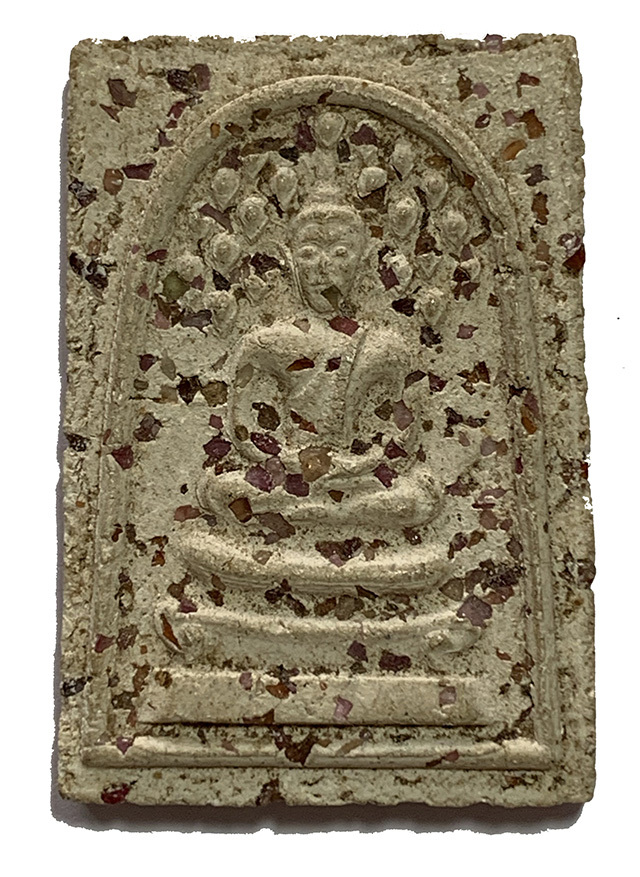