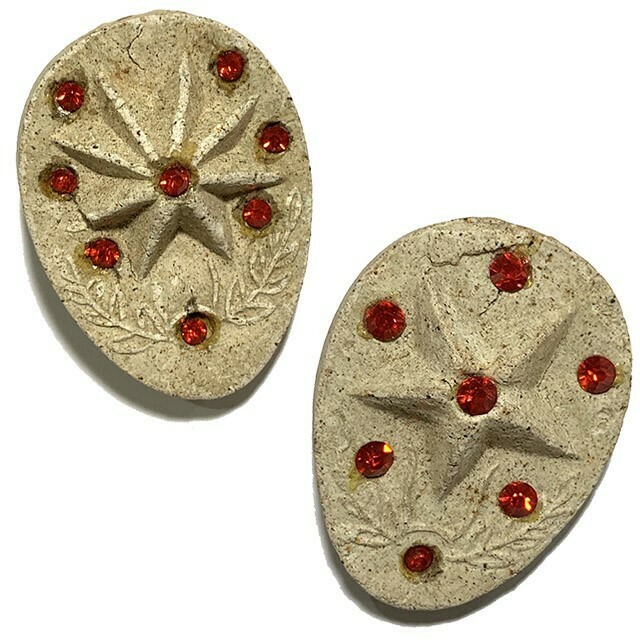 A World Famously Powerful Sacred Karma Improving Lucky Star for Protection, Wealthy Fortunes, Status Increase, Promotion, and Auspicious Fate. This exhibit is a Pim Klang (medium size) measuring 3.2 x 2 Cm. The amulet is empowered with both the Wicha Daw Nai pon and the Wicha Daw Nai Pan, possessing the five sided star and the eight sided star, as is most commonly seen with this model. 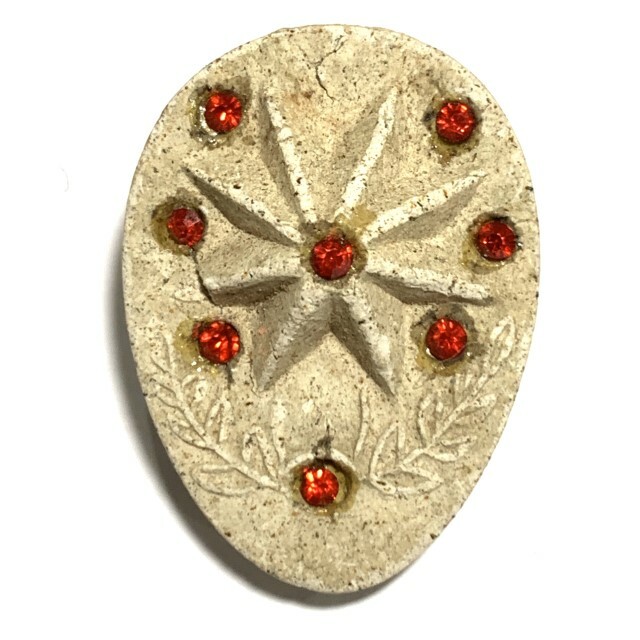 This is the two sided 5 and 8 Pointed Pentacle version, in white Muan Sarn Sacred Powders, with all Ploi Sek Gem Inserts present on both sides of the amulet, making this a very unusually rare item to find in this condition.

This particular example has Special Powders with Mai Gon Fa Pha lightning struck Treewood stuffed into the bottom side of the amulet, and, as a Pim Klang model, is not only suitable for men, but also a very recommendable model for lady devotees due to the medium Unisex size of 3.2 x 2 Cm. 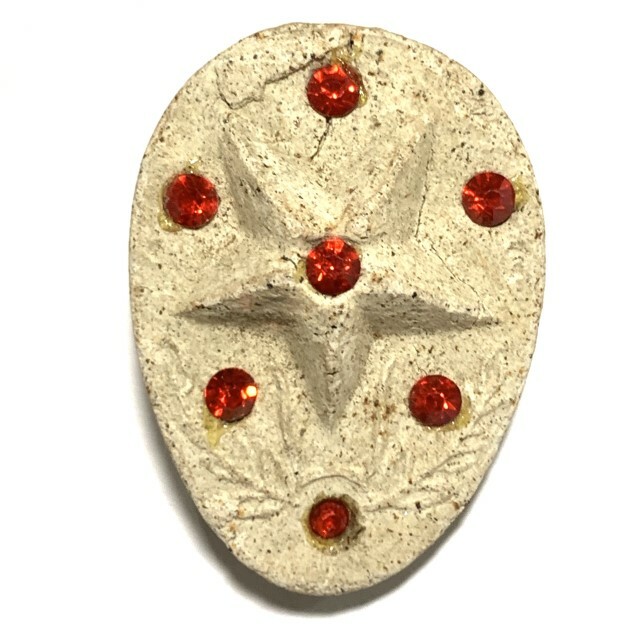 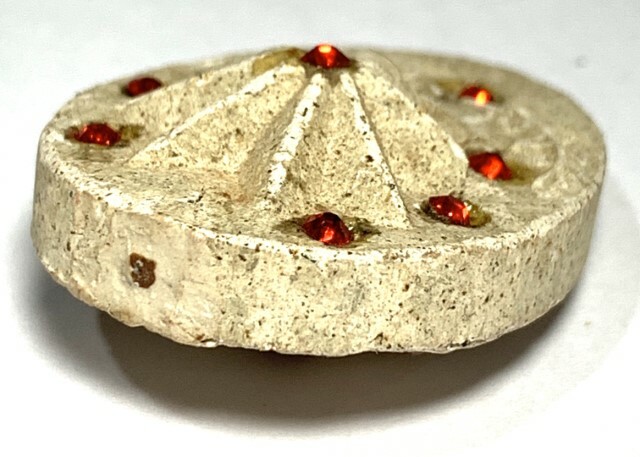 This amulet is commonly known for its Wealth Increasing Maha Lap Magick, but in truth, the amulet possesses an massive repository of attributed Buddhist Blessings of very sacred and Auspicious Influences on the Forces of Karma. 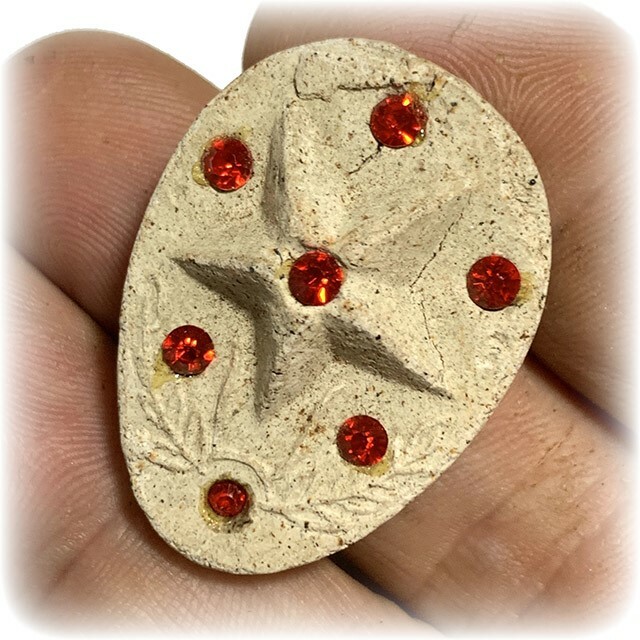 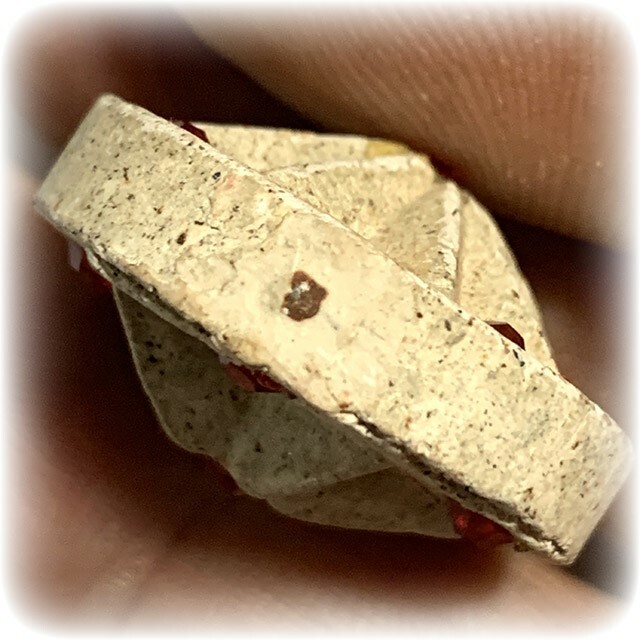 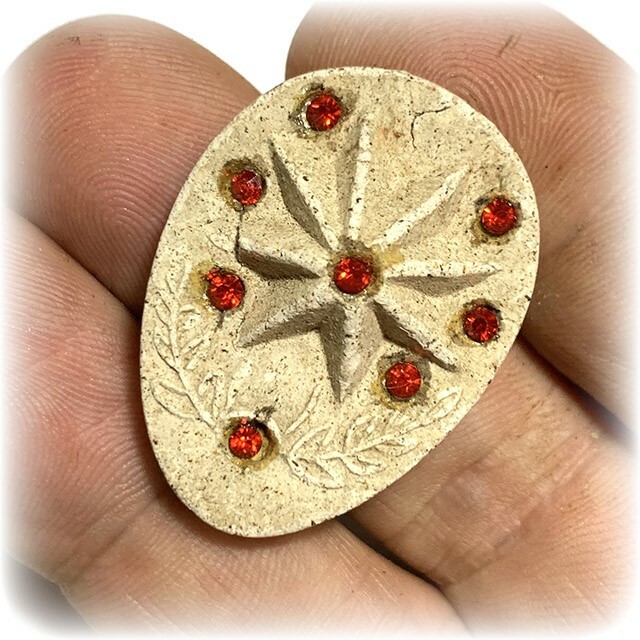 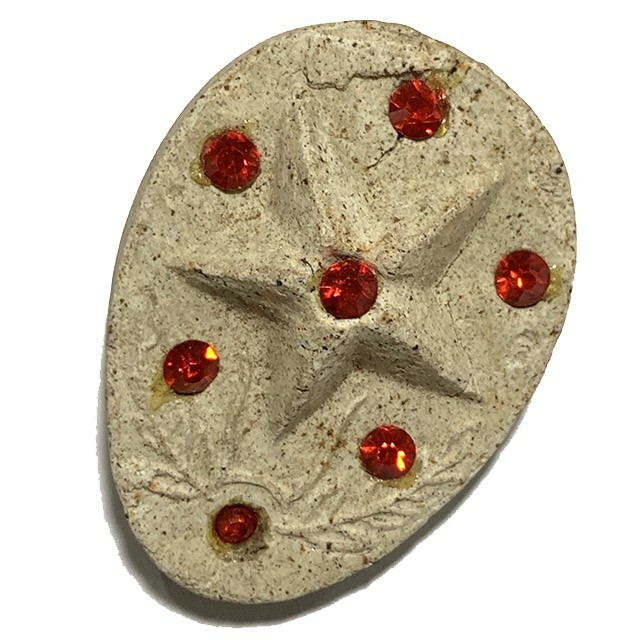 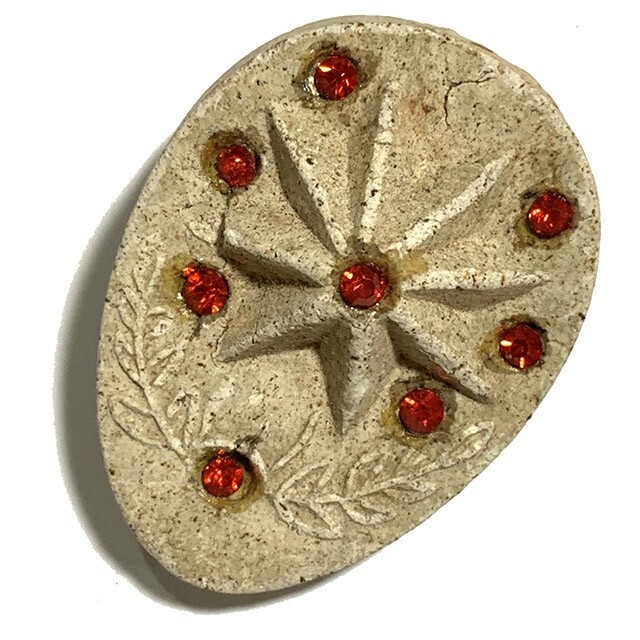 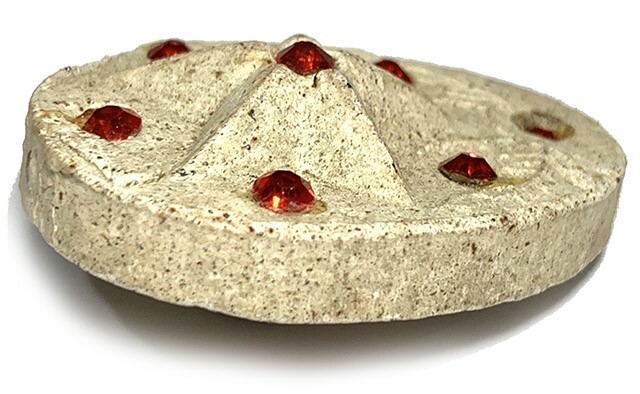 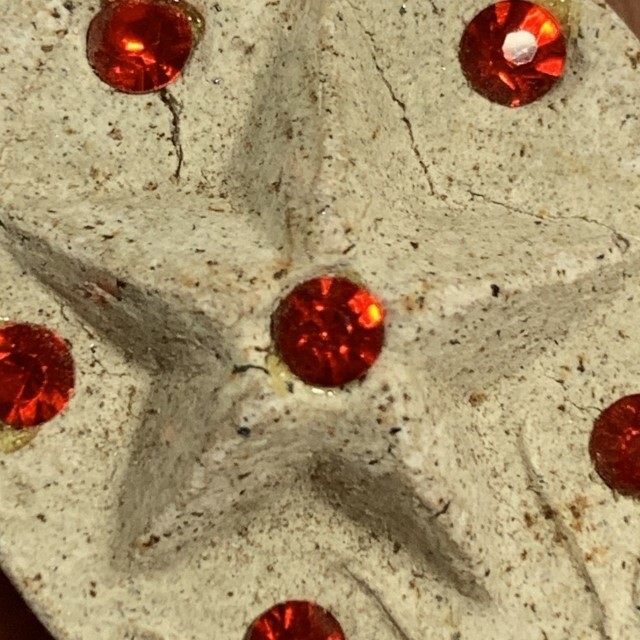 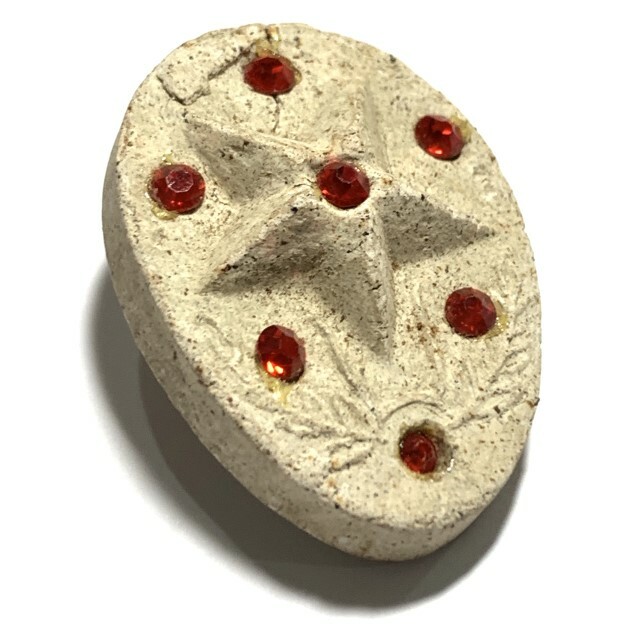 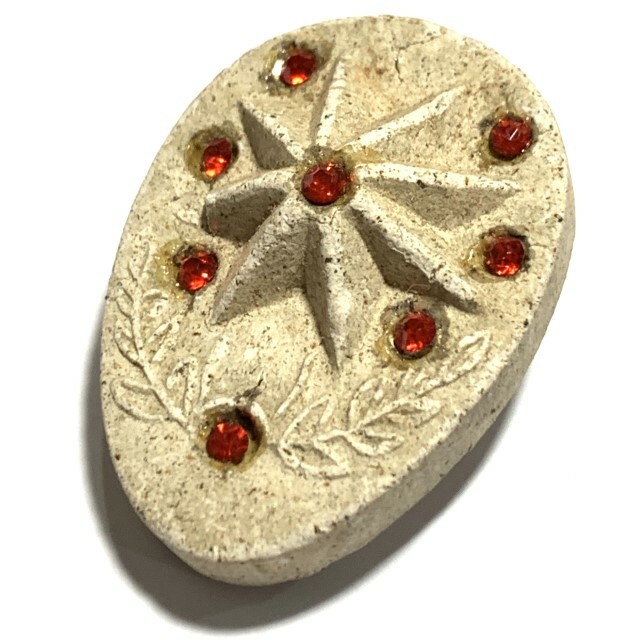 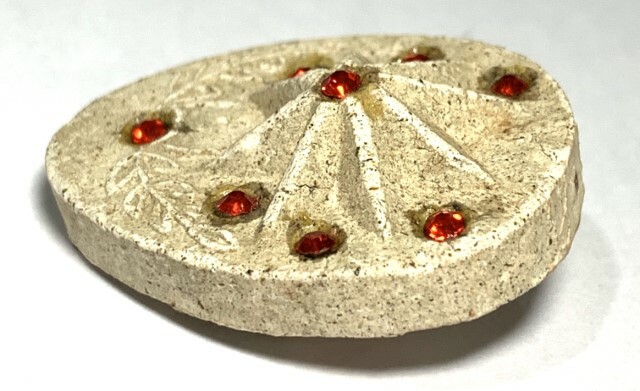 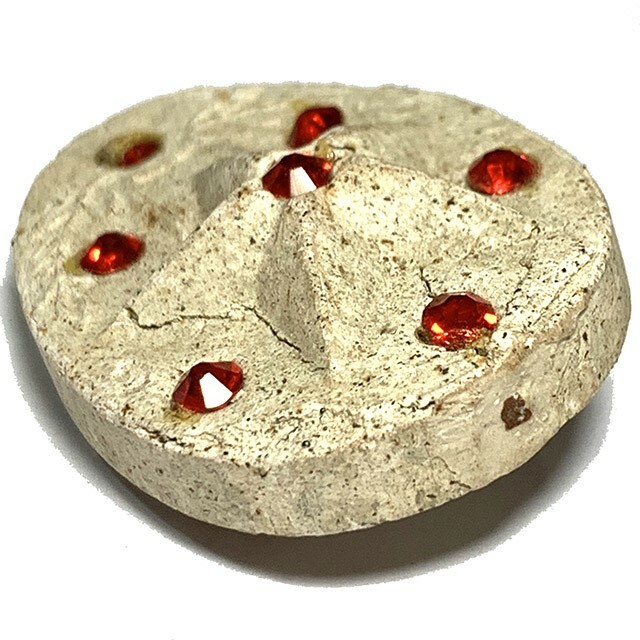 Below; The remains of Luang Por Pina in the Sussaan Pina, as he requested to be un-preserved Un-mummified, and left to rot naturally according to the laws of Nature, without a grand funeral ceremony or chanting, and forbidden to be cremated. 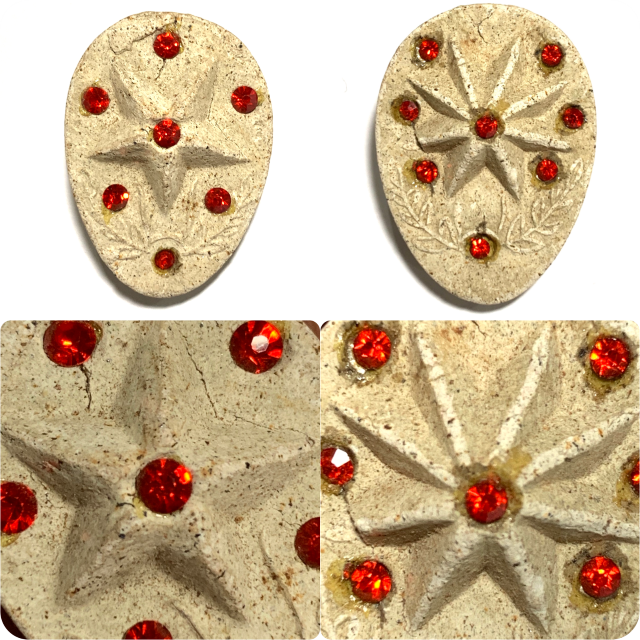