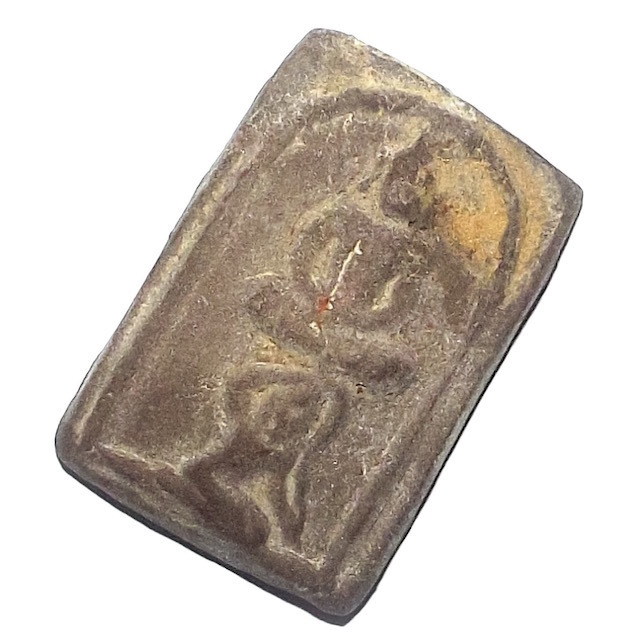 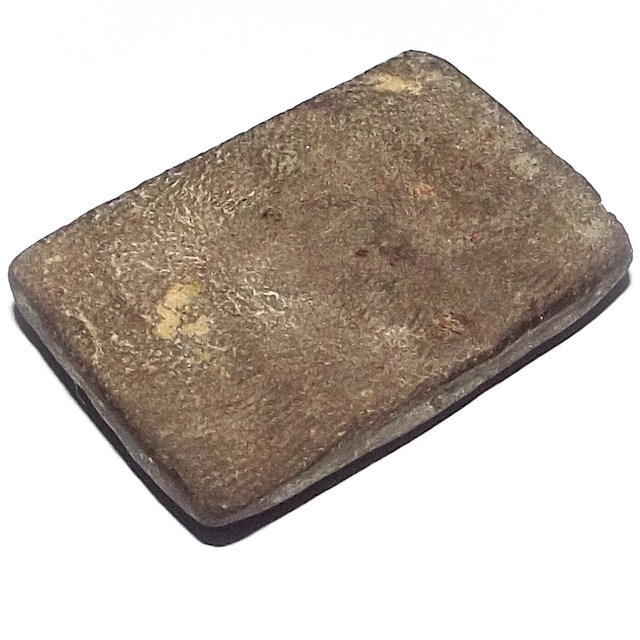 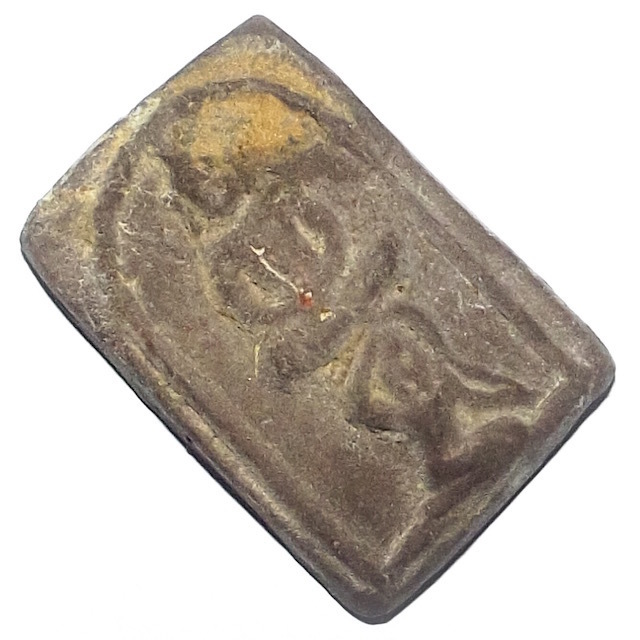 The Pim is a Pra Somdej Pim Yai Pra Pratan (Buddha touching the earth), seated over the Dharani Goddess ('Pra Me Toranee' in Thai) - this rarer version features a larger image of the Dharani Goddess, who is not contained within any arch.

This amulet is famous for its power to increase Protection against all forms of Black Magic, and to Improve one's lucky fortunes, Mercy Charm, and Maha Sanaeh Seductive Influence. This edition was made using Muan Sarn containing Lek Nam Pi (a Lek Lai Kaya Siddhi Adamantine Elemental related substance), which causes the amulet to be Magnetic, mixed with Sacred Powders and Herbal Pollens, and Khaw sarn Hin petrified rice, which are all substances to attract treasures and wealth (Maha Pokasap - Maha Lap). Sacred Yantra Powders for Klaew Klaad evasive protection magic are also embedded within the Muan Sarn. 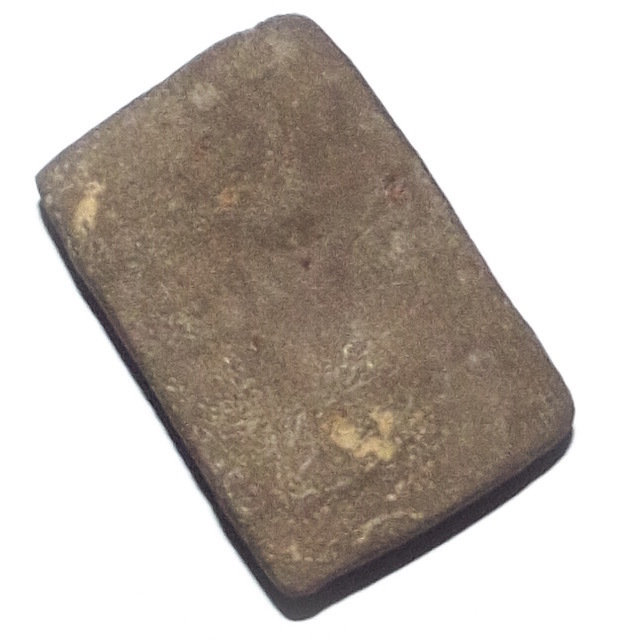 
It is said that he was able to read the minds and intentions of other Humans, and bring amulets to life with is Empowerment Methods, and that his amulets were able to give signs and also can be beseeched and prayed to for wish fulfilment (Sarapat Neuk).

There are two different versions of this particular amulet in existence, which are differentiated by the fact, that the Pim Toranee Lek features a Smaller Goddess within an arched Dais over which the Buddha is seated, and the Pim Toranee Yai features a larger Goddess Image, and no arched Dais. Below you can see the two different versions of this amulet for comparison. To the left side, is the Pim Mae Toranee Lek (Small Goddess), and to the right hand side is the Pim Mae Toranee Yai (Large Goddess) version. 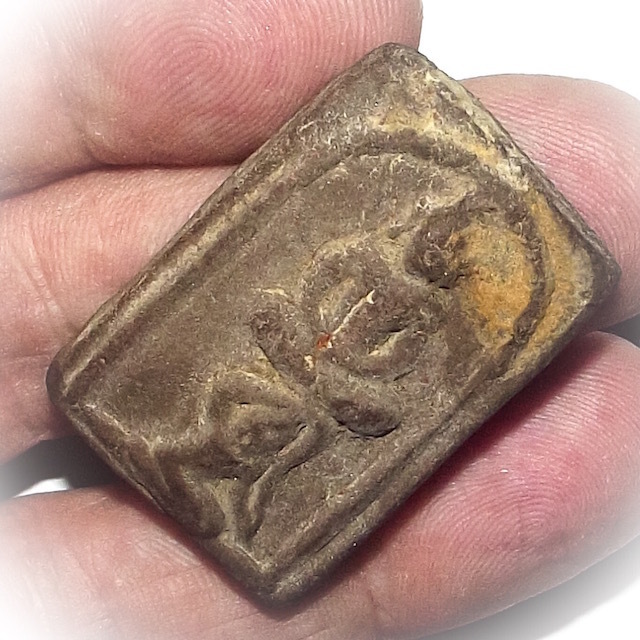 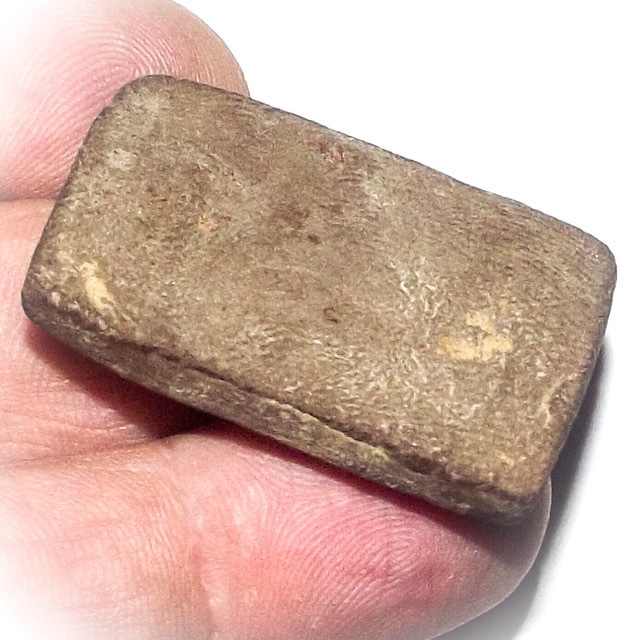 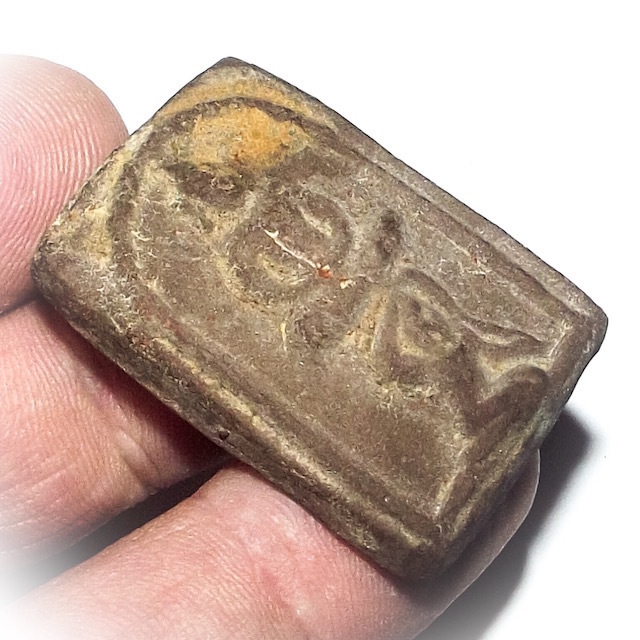 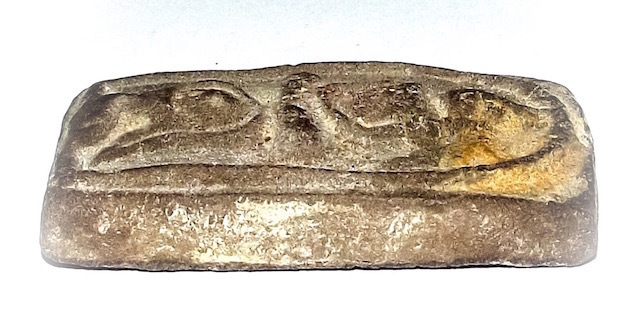 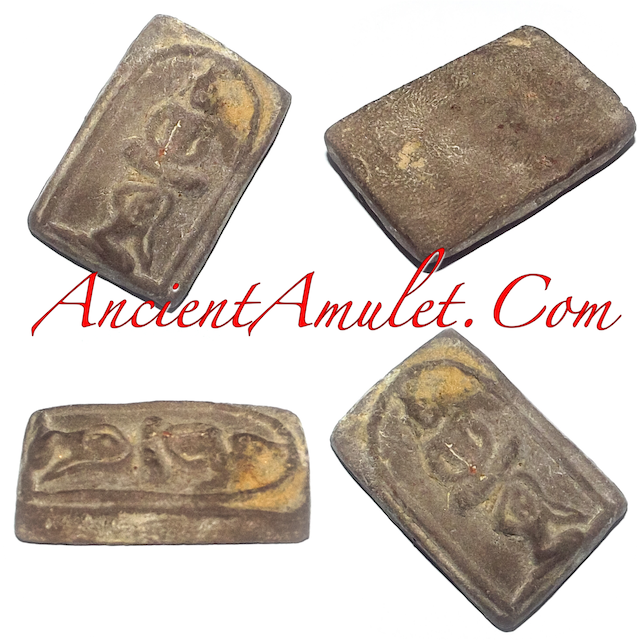