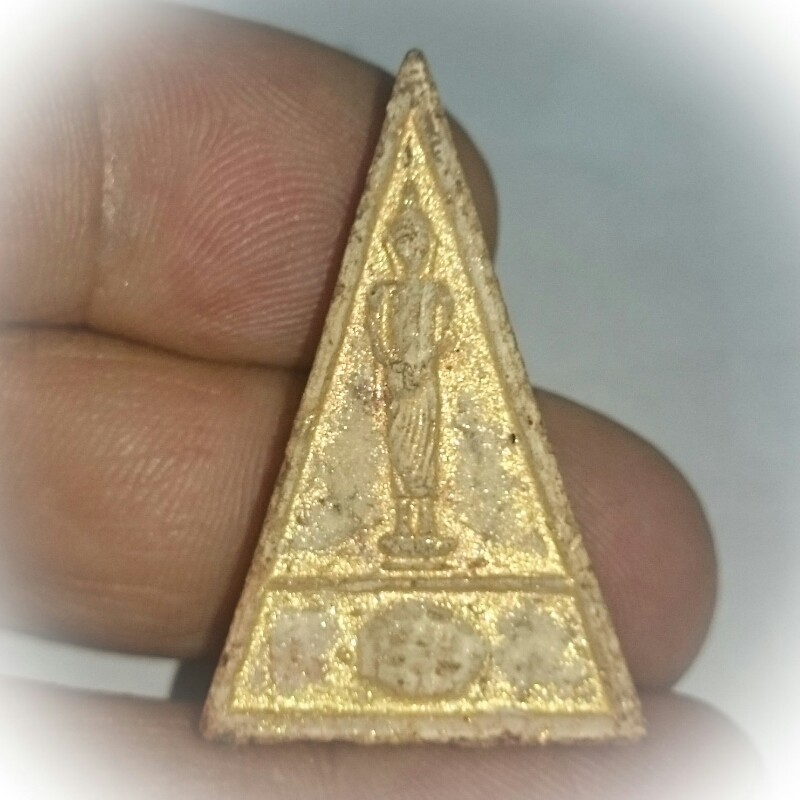 Pra Pim Sam Liam Plod Hnee Tao Wua (Pim Yai) - This is the larger of Luang Por Pina's famous and rare Two sided sacred powder amulet with Dhyani Buddha Images (any 2 of a total possible 5 were made in differing combinations). Different Animal Steeds are featured, some combinations being rarer than others. This model features the turtle and the bull.

The smaller version also features five different Buddha Postures with different kinds of animal steeds. Each Buddha Image is seated over an animal Mascot as a steed, one side with a Bull, and the other side featuring a Turtle. The five different Buddhas which are found to appear on these amulets represent the five Dhyani Buddhas of this Kalpa (a Kalpa is an Aeons long period of time in Universal Cosmic time).

In Vajrayana Buddhism, the Five Dhyani Buddhas (Chinese: 金刚界五智如来 / 五方佛), also known as the Five Wisdom Tathāgatas (Chinese: 五智如来; pinyin: Wǔzhì Rúlái), the Five Great Buddhas and the Five Jinas (Sanskrit for "conqueror" or "victor"), are representations of the five qualities of the Buddha. The term "dhyani-buddha" is first recorded in English by the British Resident in Nepal, Brian Hodgson, in the early 19th century, and is unattested in any surviving traditional primary sources. 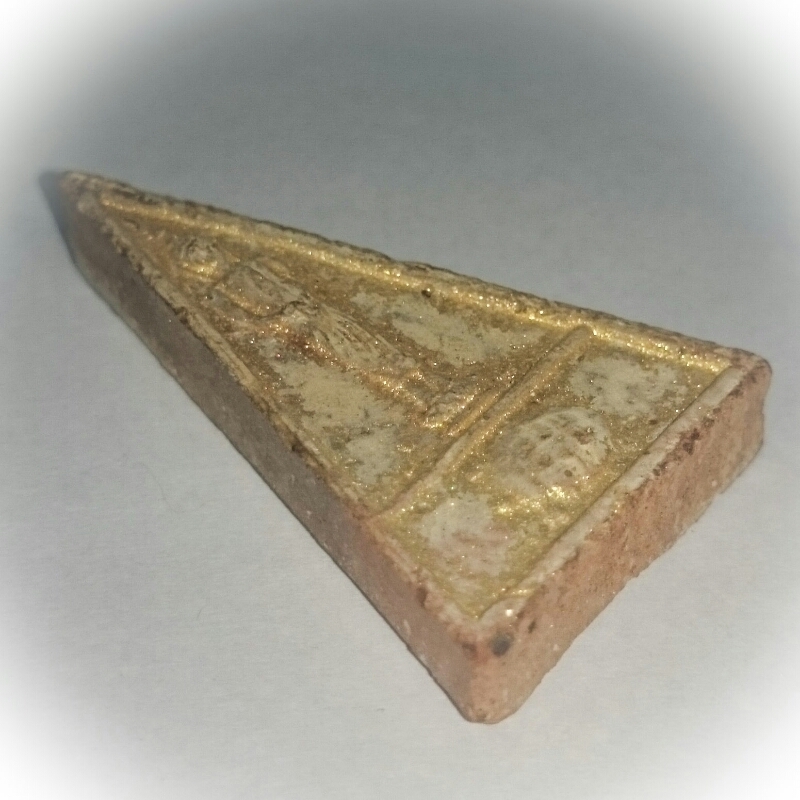 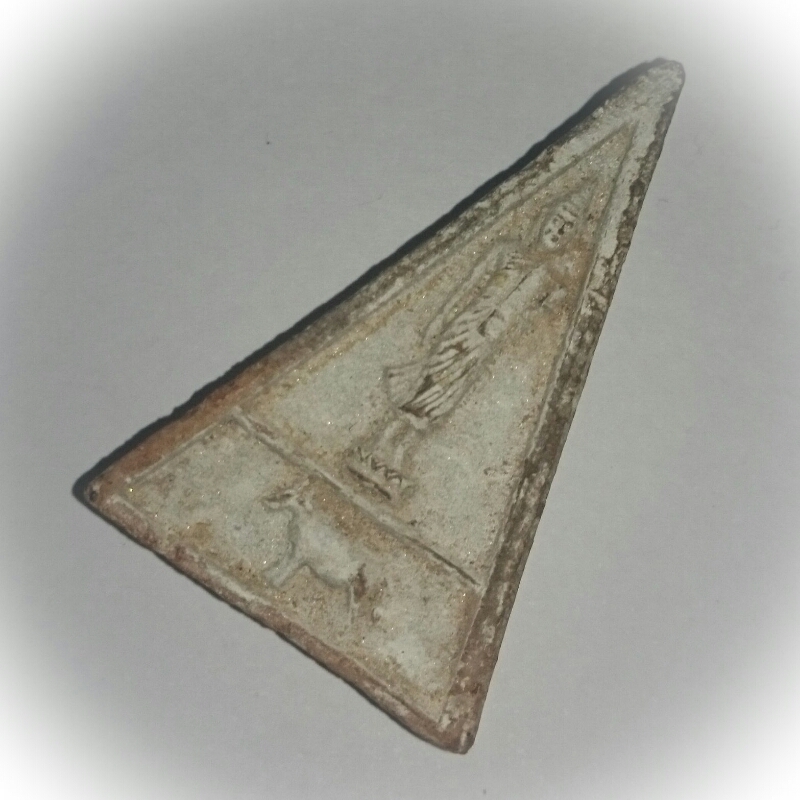 These amulets are highly regarded for their Metta Mahaniyom, Maha Lap Klaew Klaad and Maha Pokasap Powers as well as the obvious Power of Serm Duang ability to improve fate and destiny. They are filled with Puttakun Blessings of the 5 Buddhas of this Universal Cosmic Cycle, and offer Protection and Prosperity. Made from extremely rich admixture of sacred earths and magical Muan Sarn powders, with gold leaf pasted on them which reveals their details with increased clarity and beauty. 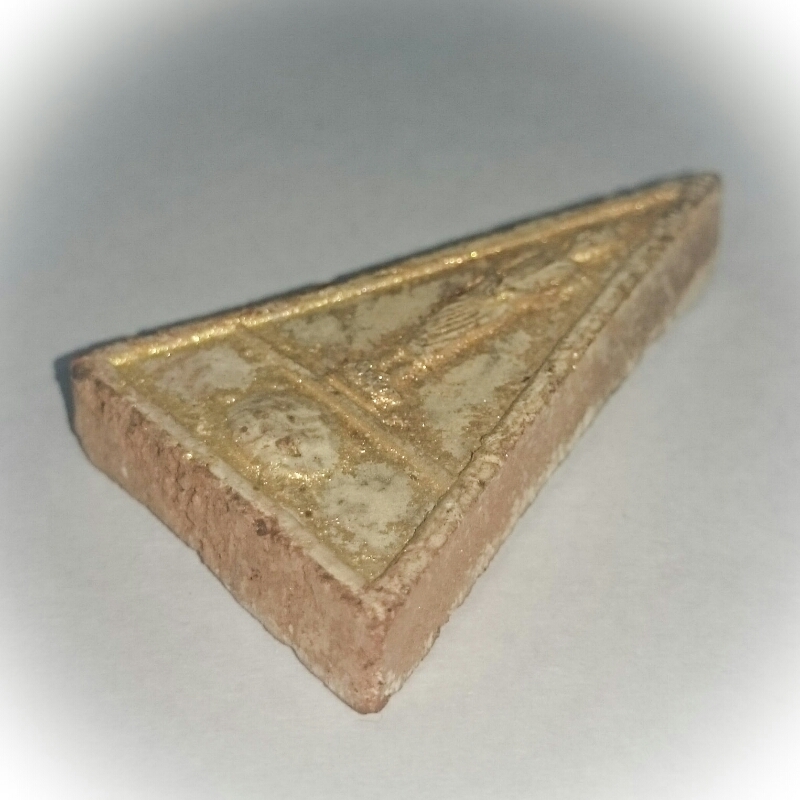 This amulet is 'Doo Ngaay' (easy to see it is real), for its clearly recognisable Muan Sarn. It is hence considered Ongk Kroo as a reference model for further study to increase the powers of recognition of authenticity of the amulets of Luang Por Pina 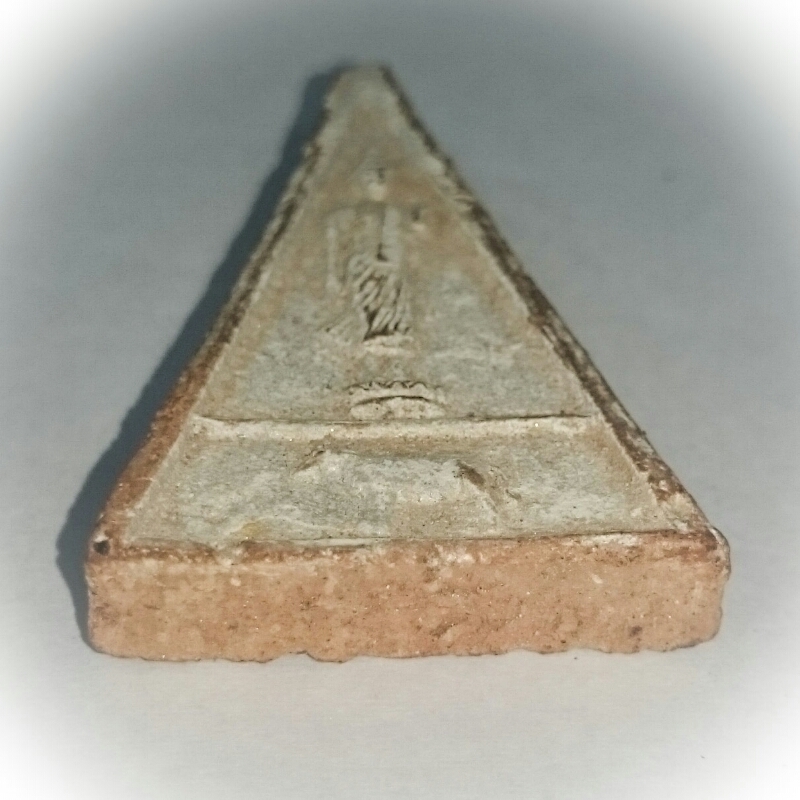 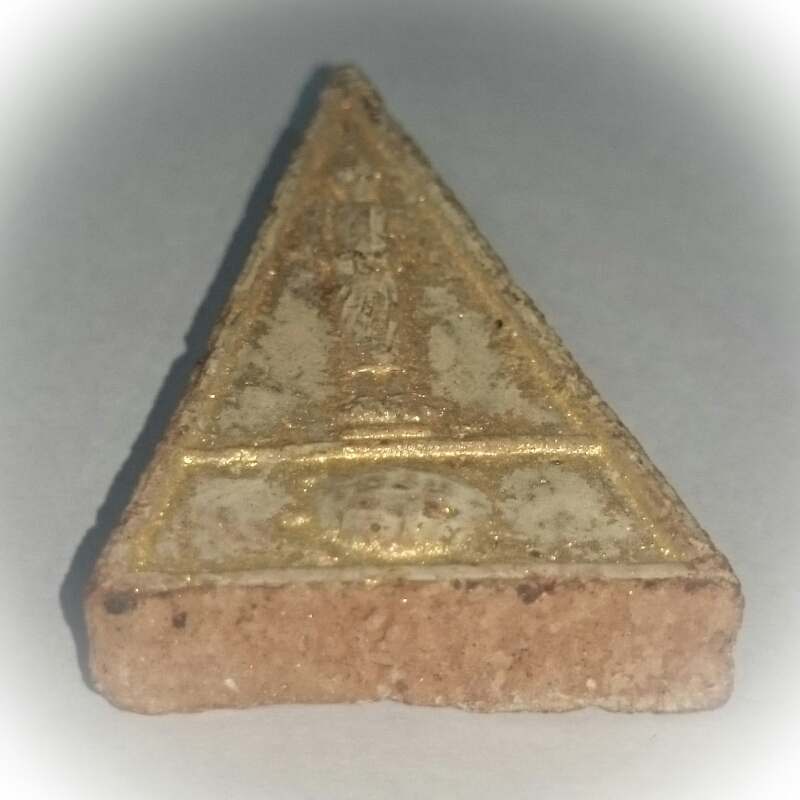 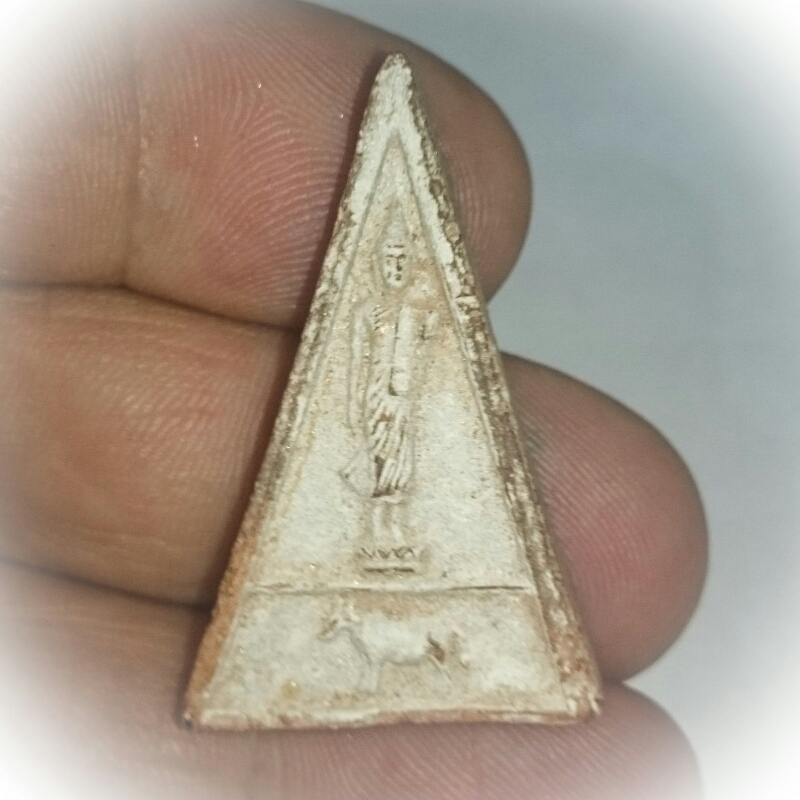 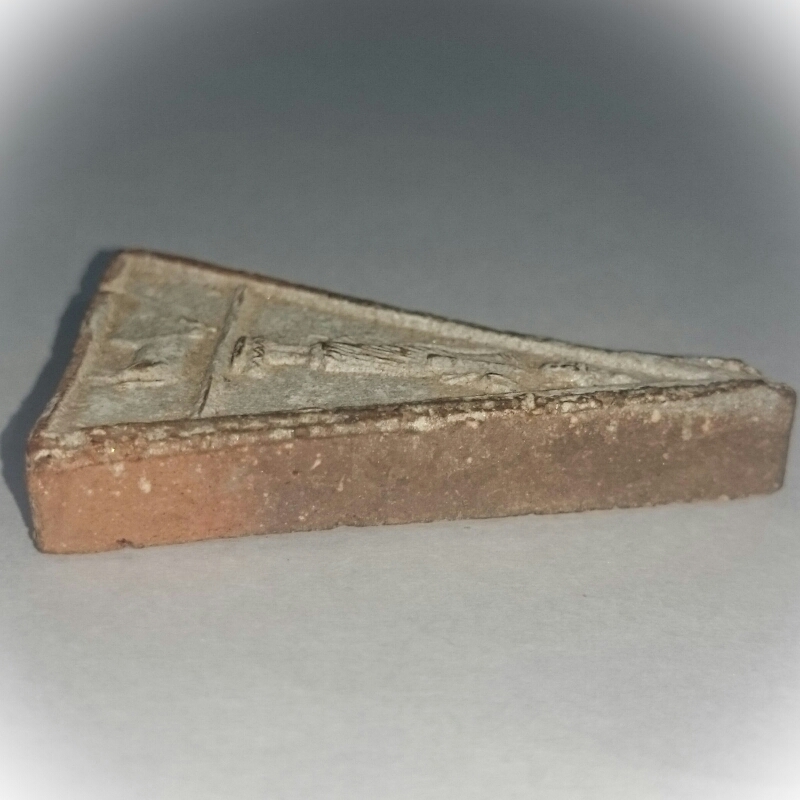 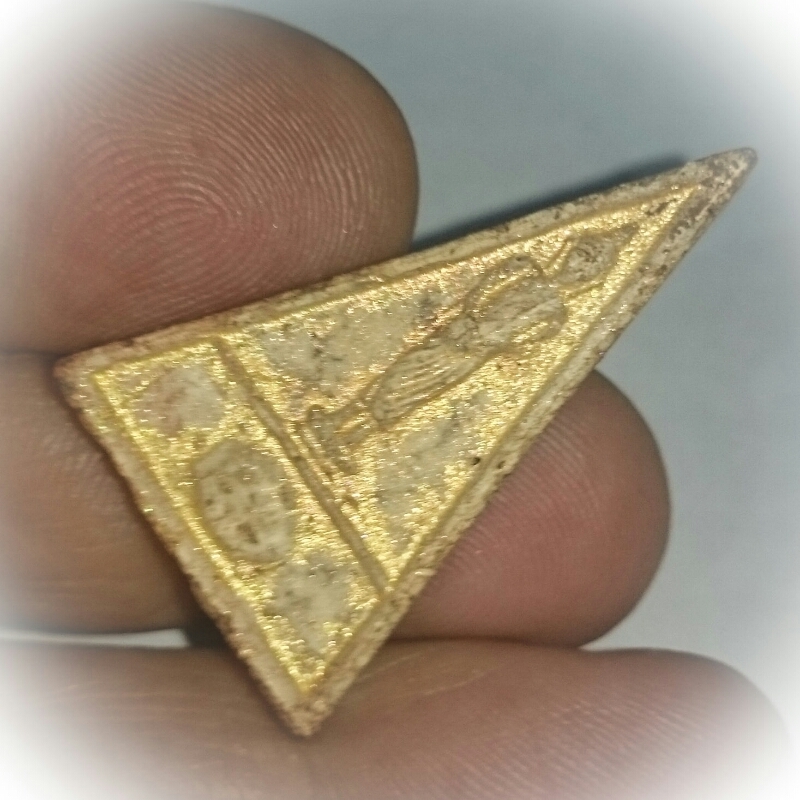 Please Enjoy the short Bio and Long Explanation of this Amulet revealed; Perd Dtamnan Daw Athan Hnun Duang, and increase your knowledge of the amulets of Luang Por Pina.