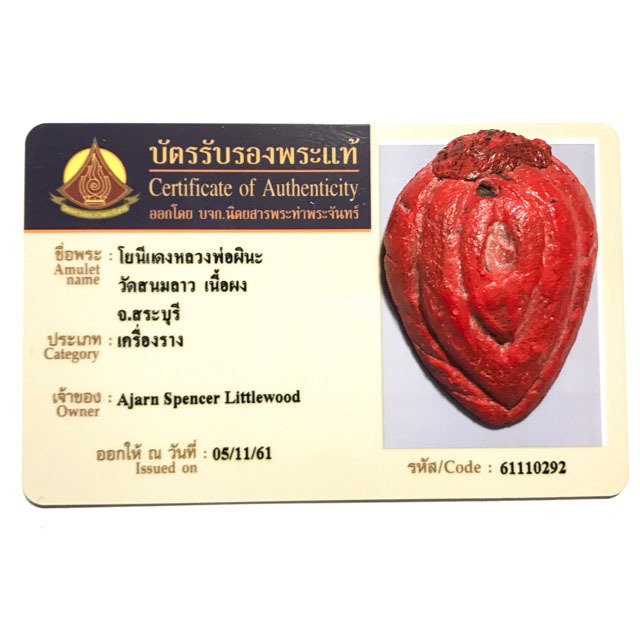 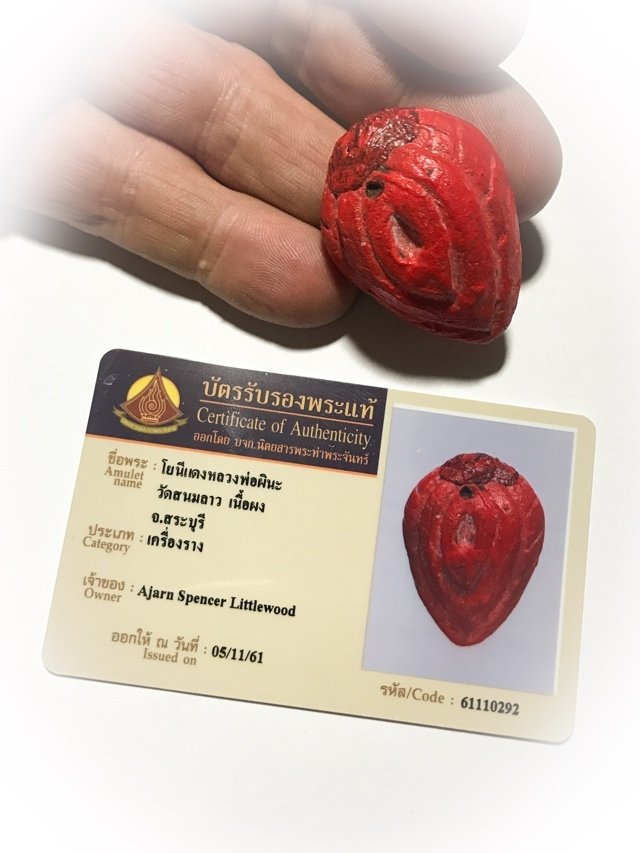 The Yoni Aathan Sorcerous Vulva Charm, was created by Luang Por Pina in his ubiquitous manner of Buddhist Path Symbolism, inserting corresponding symbolic meanings within the Design Formula of the Amulet, as is seen also in the case of the Daw Nai Pan and the Mae Nuea Horm amulets. This amulet has a hand inscriptions of Khom syllables, including the Sacred 'Na' (for Luang Por Pina) on the rear face. 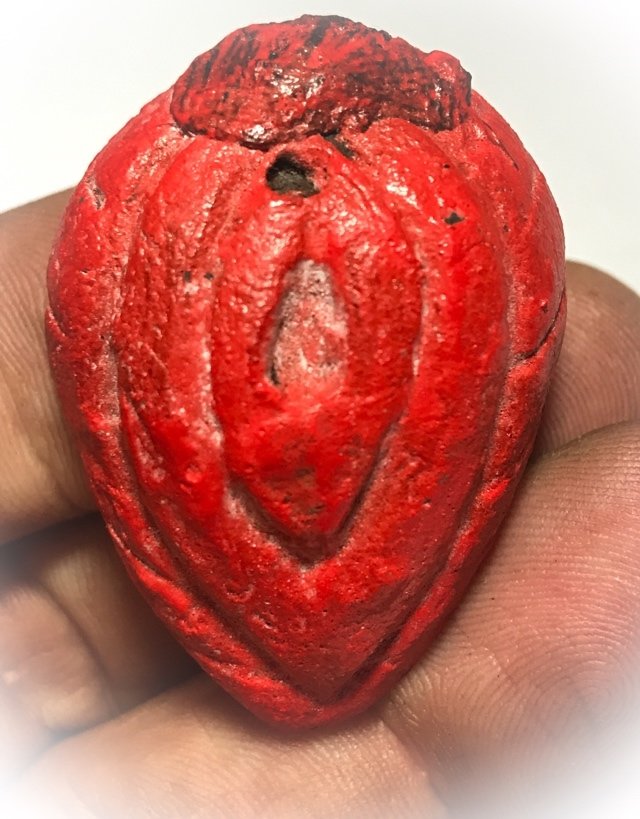 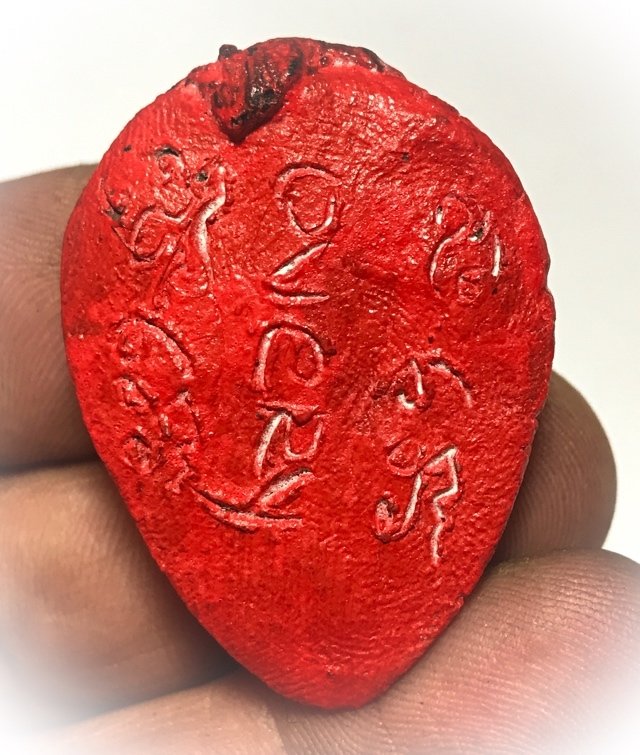 The Yoni Aathan is one of Luang Por's most popular and famous amulets, because of the great success people have had with its powerful Maha Sanaeh Effect. 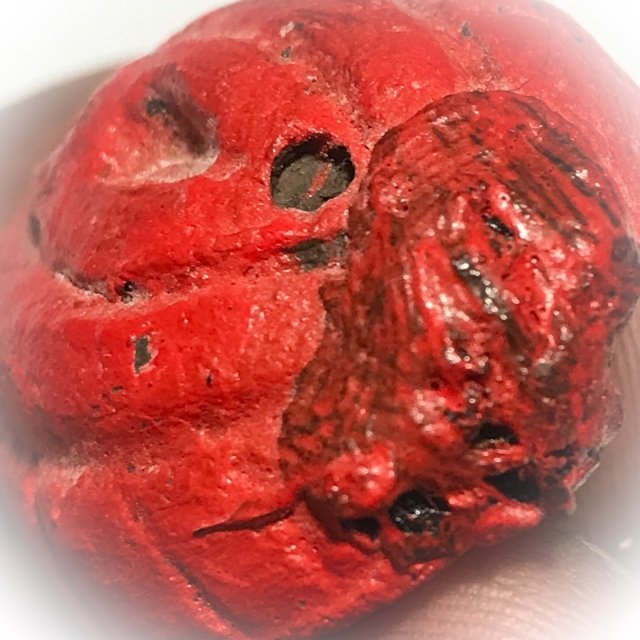 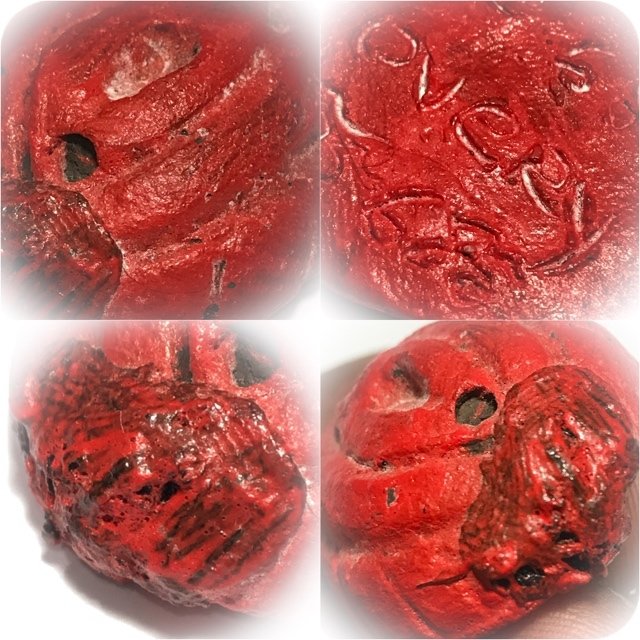 Below; Special Pong Wised Powders inserted into a hollow section of the Yoni Mae Nuea Horm 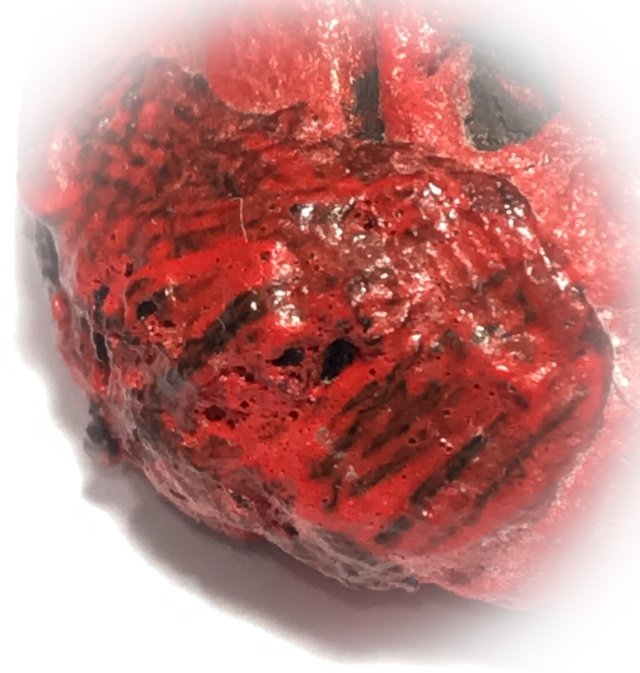 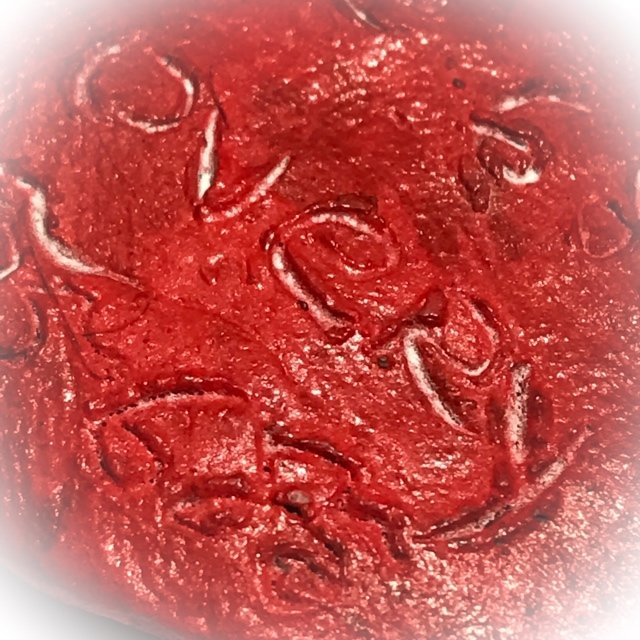 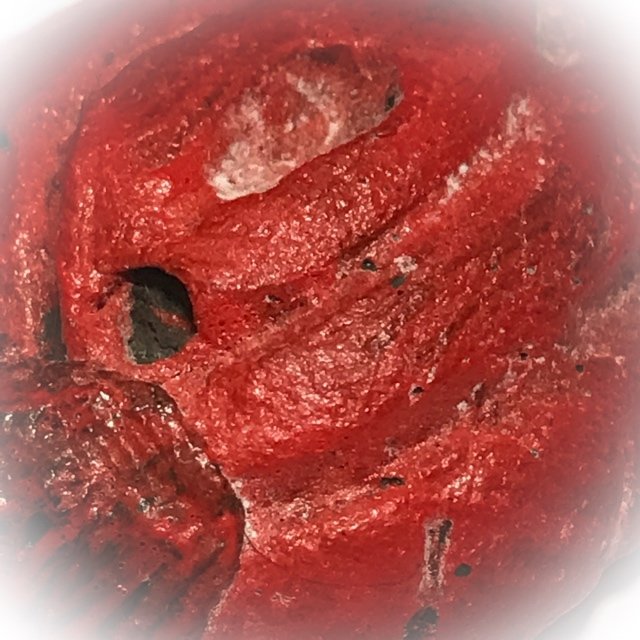 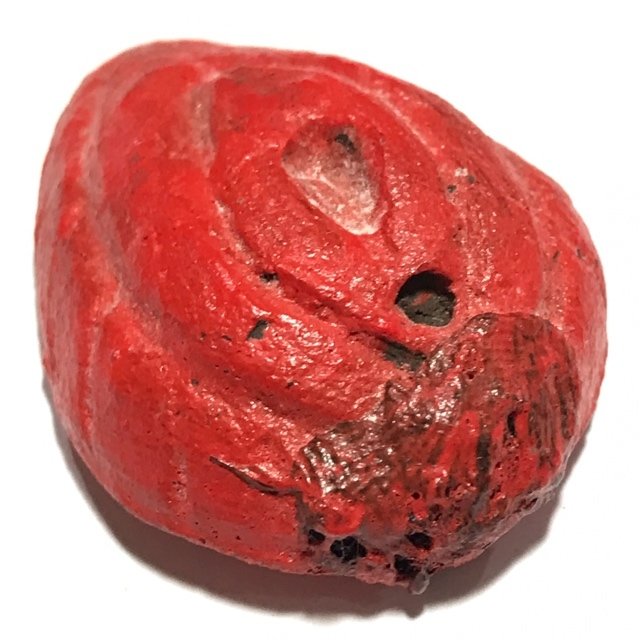 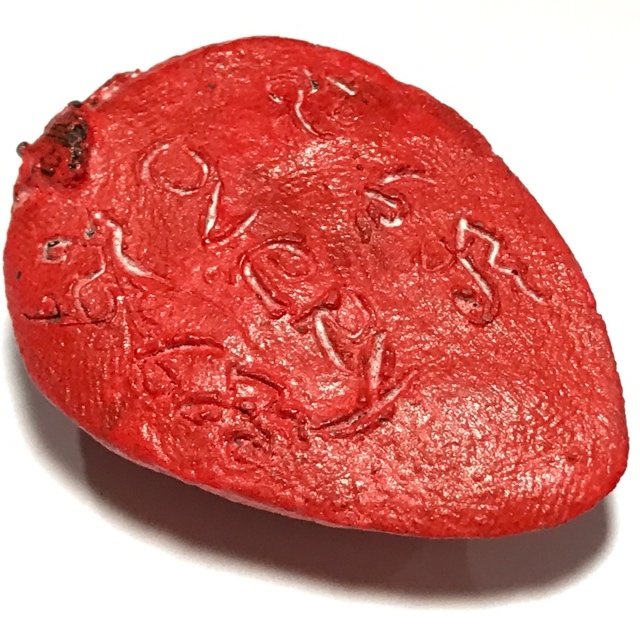 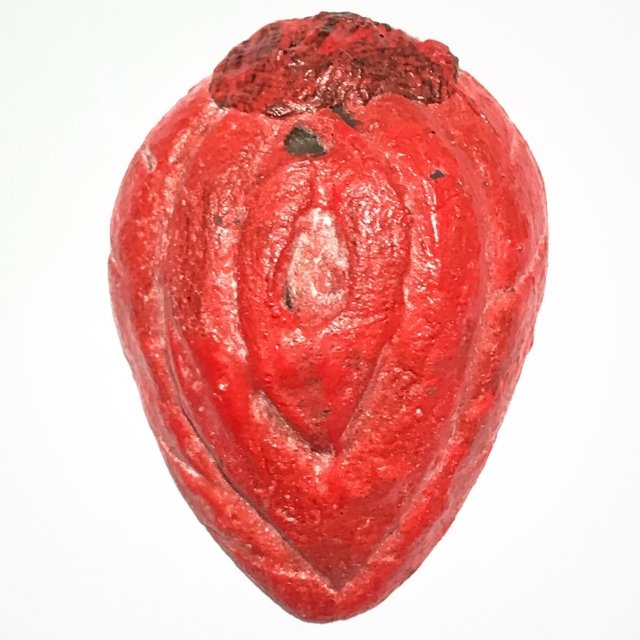 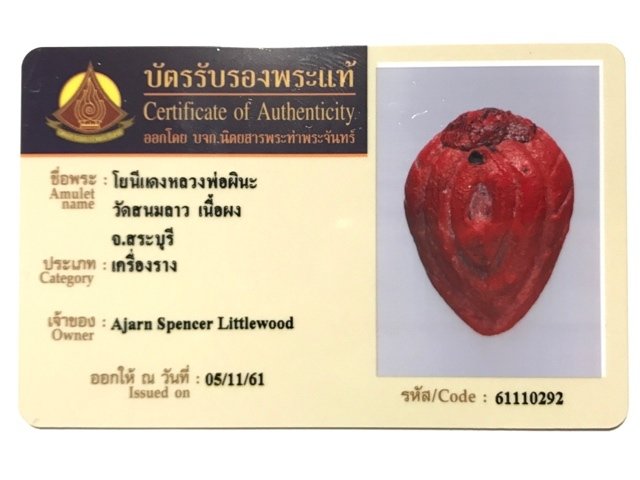 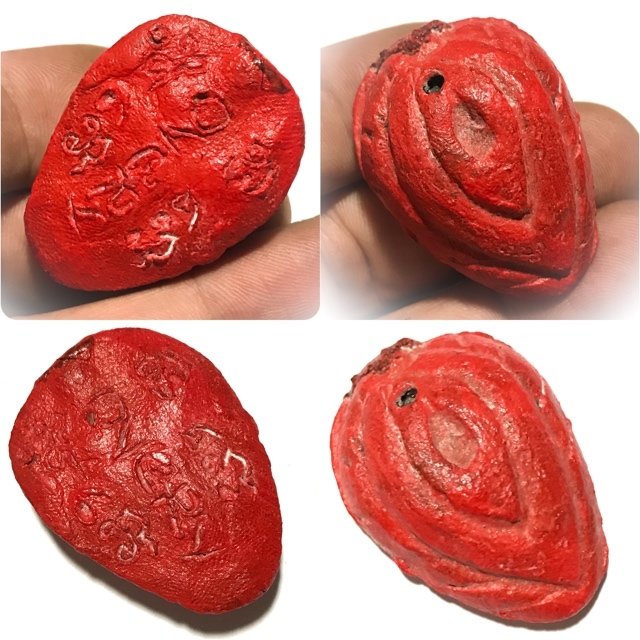