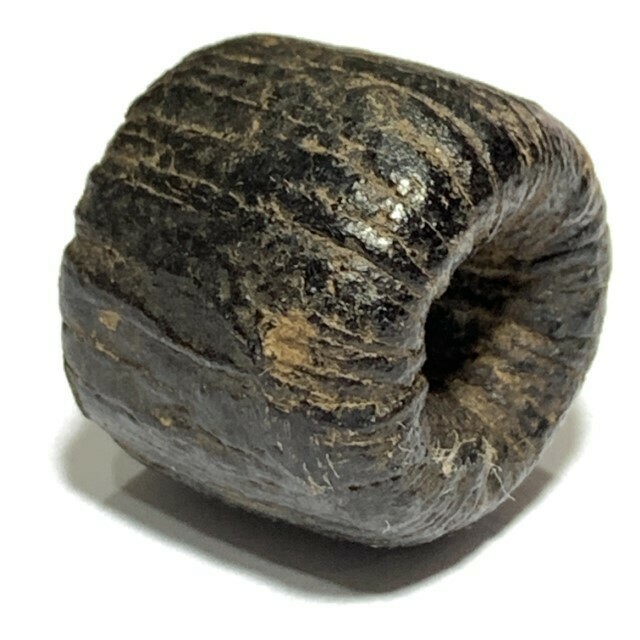 Takrut Pitsamorn Bailan Luang Phu Gaew Wat Puang Malai Sacred Bailan Parchment Scroll Spell Pim Klang Thak Daay Dtra Sangkh Long Rak Chart Jeen Boran - One of the great classic Talismanic Takrut charms of the previous century, is the Takrut Bailan Pitsamorn of Luang Por Gaew (2393 - 2462 BE). This is an amulet that is well over a century old, and is considered an eminent member of the 'Gao Yang Tee Kuan Mee Dtid Gaay' (Nine Sacred amulets which one should wear for perfect blessings), of olden days, which was a famous proverbial saying of devotees of amulets in Thailand in olden times. 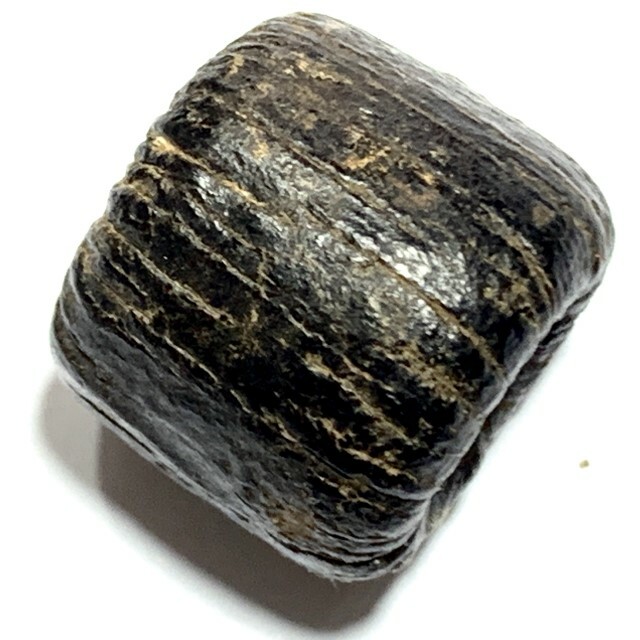 Free Registered Air Parcel Worldwide Shipping is Included. This exhibit is a perfect example of the classic and most commonly accepted Takrut Bailan Pitsamorn of Luang Por Gaew being round like a wheel with a hole through the center, and wrapped with Sinjana cords, red ancient Chinese lacquer (Rak Chart), and more often than not, can be seen to have traces of gold leaf. 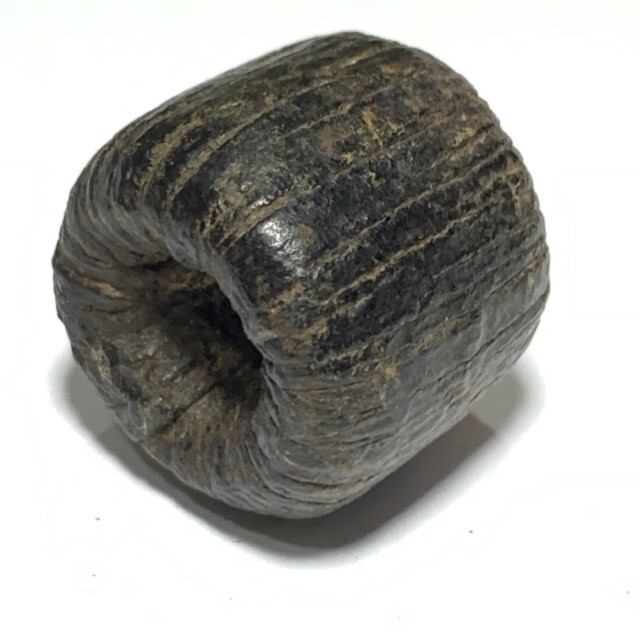 This exhibit can be considered 'Tae Doo Ngaay' (very easy to see its authenticity and true age), from the darkened hardened lacquer and depth of immersion of the gold leaf. The appearance of the amulet possesses exactly the right signs of natural ageing to authenticate its age as being from the Era of Luang Por Gaew, and its materials and style of making is inimitably supportive of this, which gives a 100% certainty of authenticity for this amulet. 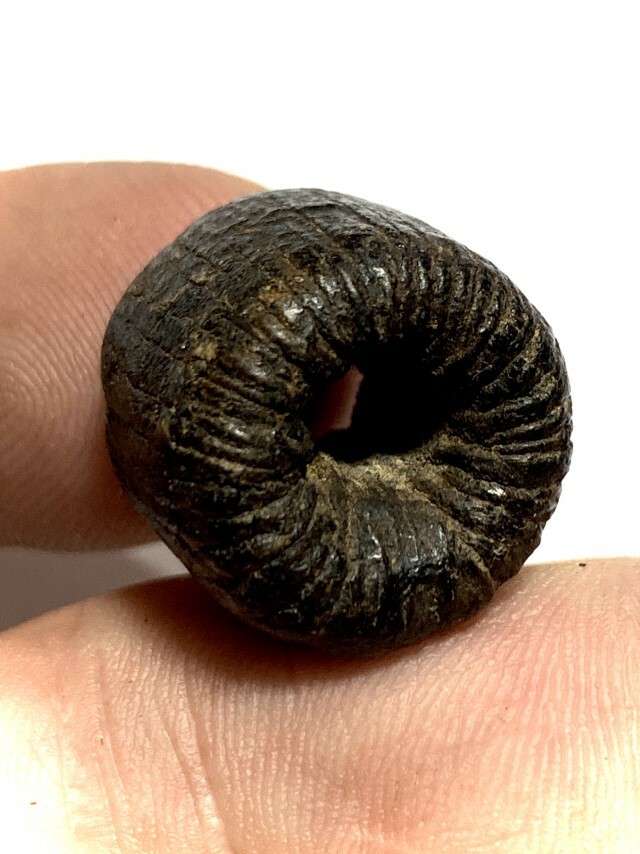 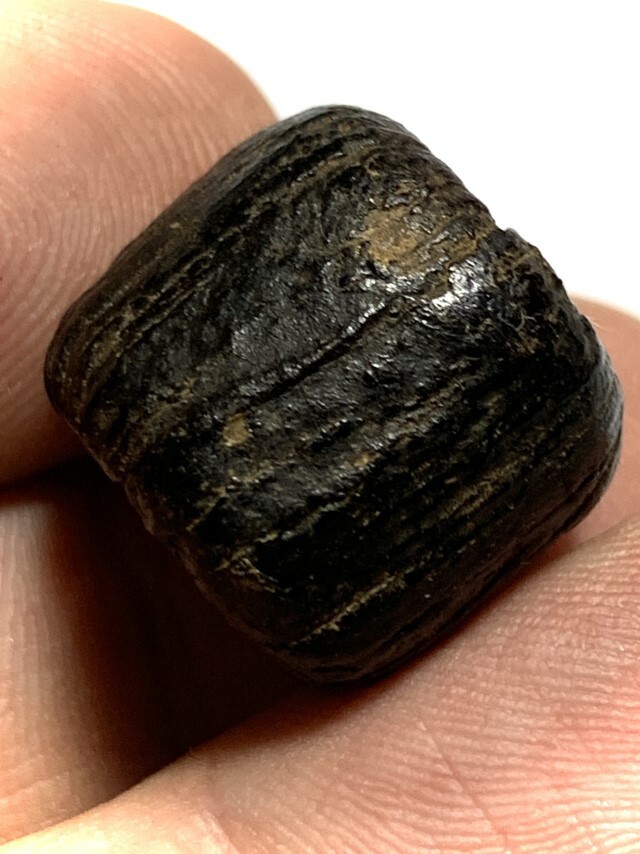 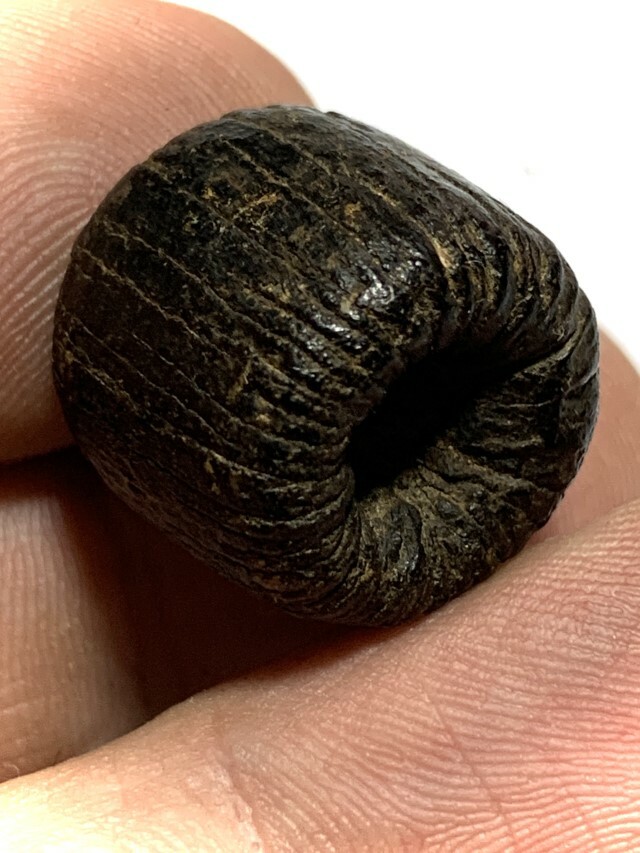 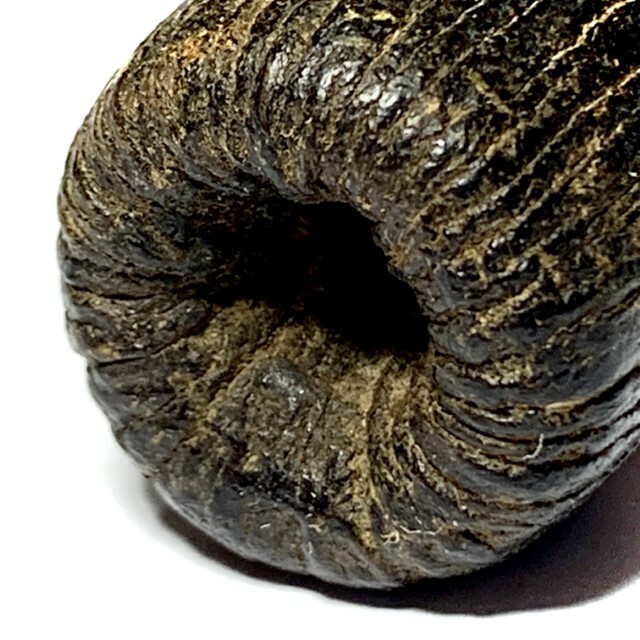 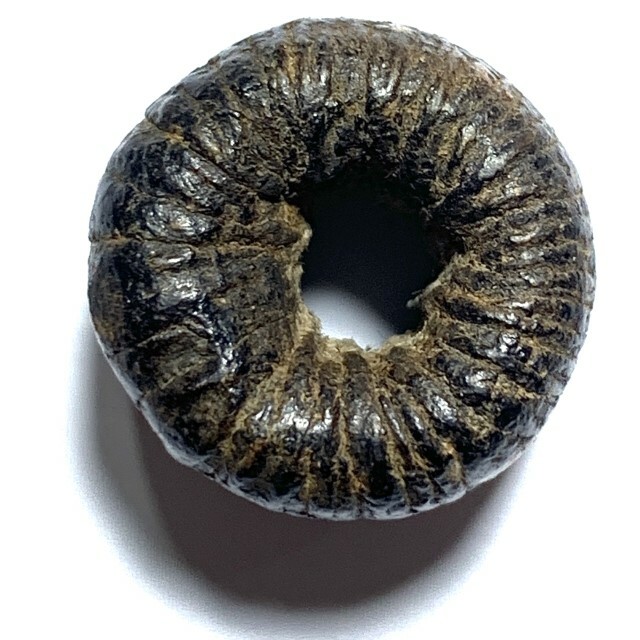 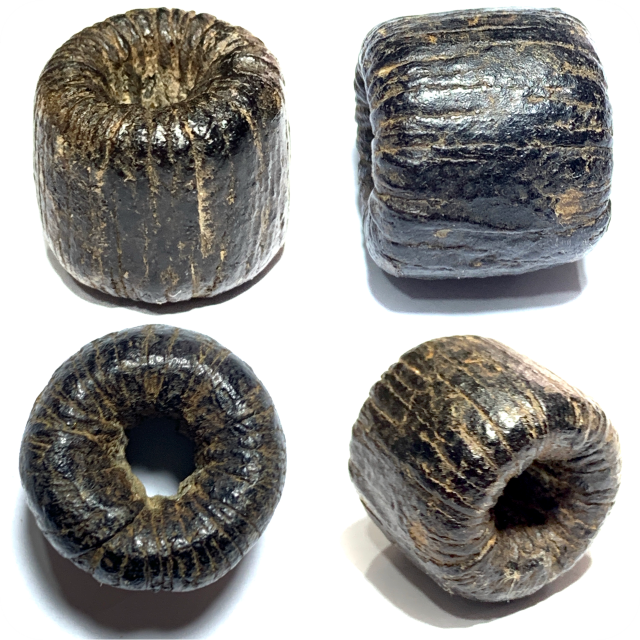