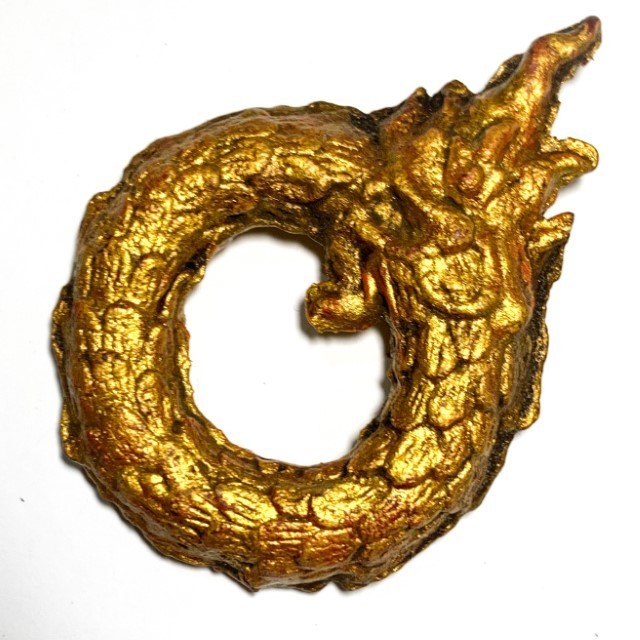 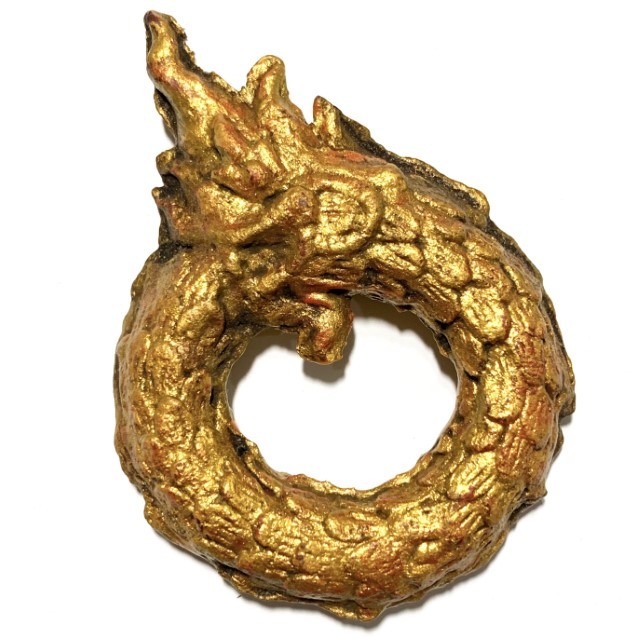 The Ngu Kin Haang of the Lanna Folk is Maha Pokasap through 'Maha Ud Sap' enclosure, or containment of accumulated wealth and treasures. it also insinuates impermeability, and hence Maha Ud Gunstopper and Kong Grapan Chadtri Invincibility against all forms of Penetrative Weaponry and Ammunition.

The Ngu (snake) and the Naga Serpent, are both given the attributed meaning of Metta Mahaniyom Mercy Charm, leaning towards successful business sales, and easy ascension through the ranks of promotion. 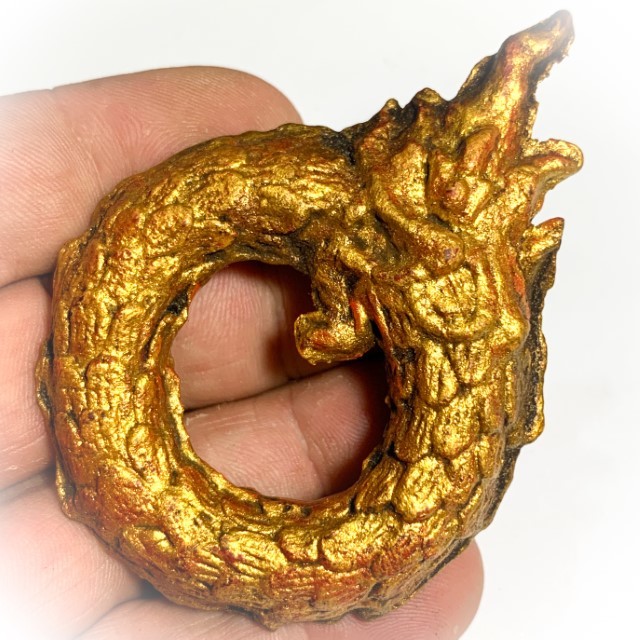 It depends hence whether you wish to pray to the amulet as a Ngu (snake) or a Naga (Bhodala Serpent King), as to how you approach the method of Bucha, and what kind of Magic you Summon and Invoke from it. 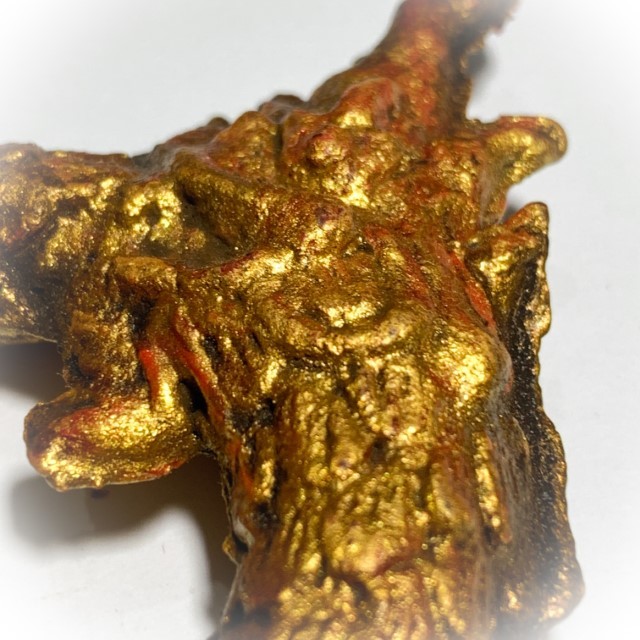 The Buang Nakabat is for the Lanna People, primarily a Maha Pokasap 'Kin Mai Roo Sin' (eat drink, live and be merry without limits) type 'Krueang Rang' (Occult Talisman), with Metta Mahaniyom Kaa Khaay Mercy Charm for Prosperity and Good Business. The Buang Nak/Ngu Kin Hang Animist Talisman is a very ancient Wicha of the Northern Lanna people, which is not seen very often in the present day, for which this is a 'Serp Dtamnan' amulet, which meritoriously preserves an ancient sorcery formula, and protects the Wicha from becoming lost to Human memory. 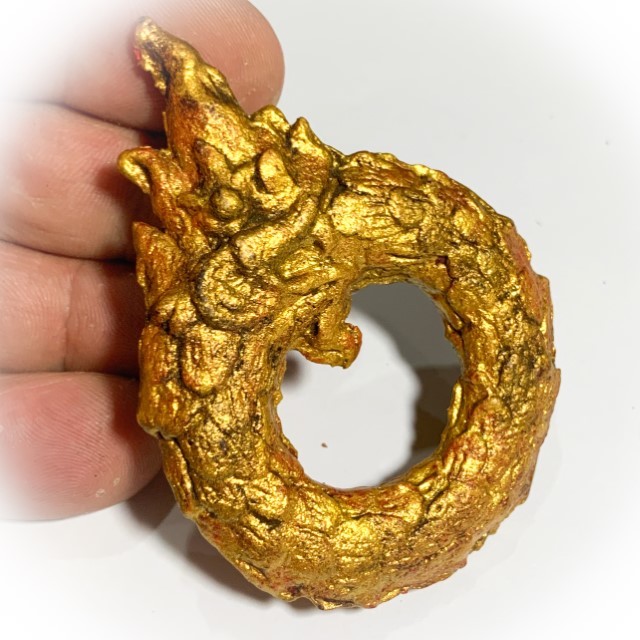 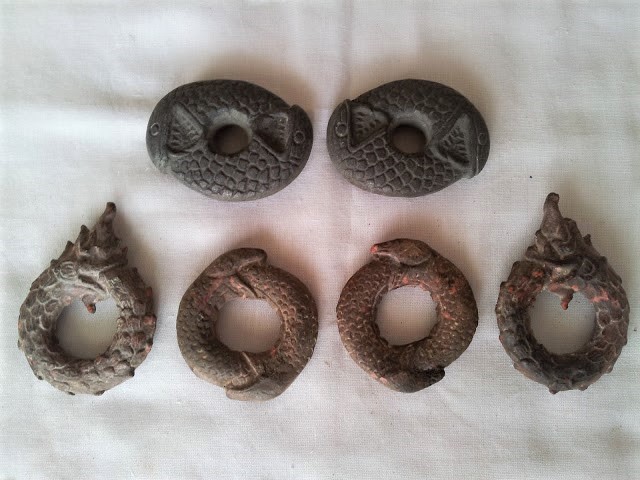 Above and Below; examples of traditional Lanna style Buang Nakabat talismans. 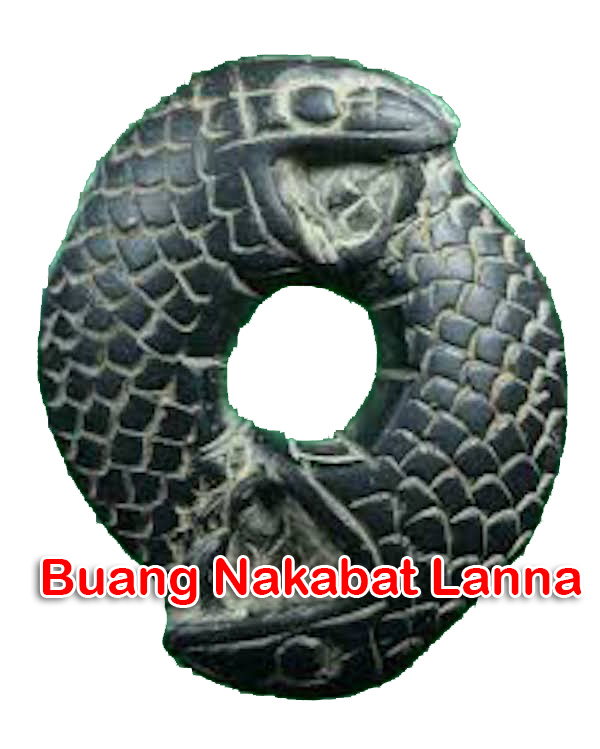 A Most Noticeably early era from Kroo Ba Wang, from the visibly ancient aspects of the Muan Sarn clay, when viewed under the ey loupe at 12 x Macro 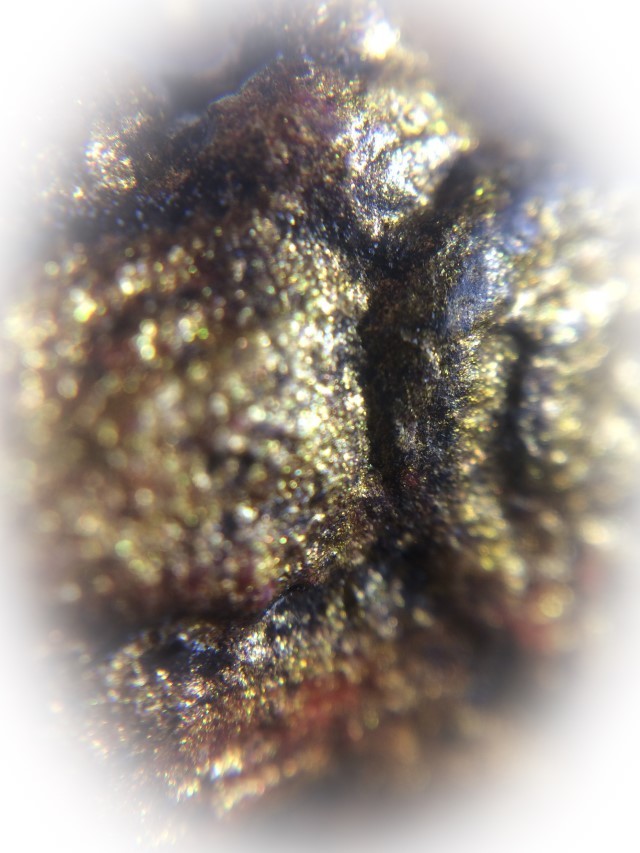 The Ngu Kin Hang, in tyhis form more often called 'Buang Nakabat' can be found in the legends of Manorah, where the Pran Bun hunter asked Phu Sri Sutto Nakarach, the Naga King of Bodhala, to borrow his magic ring. The Naga King was scared that the Pran Bun hunter would not return the ring, but he risked it and gave it to the Pran Bun, on the condition that he would return it. 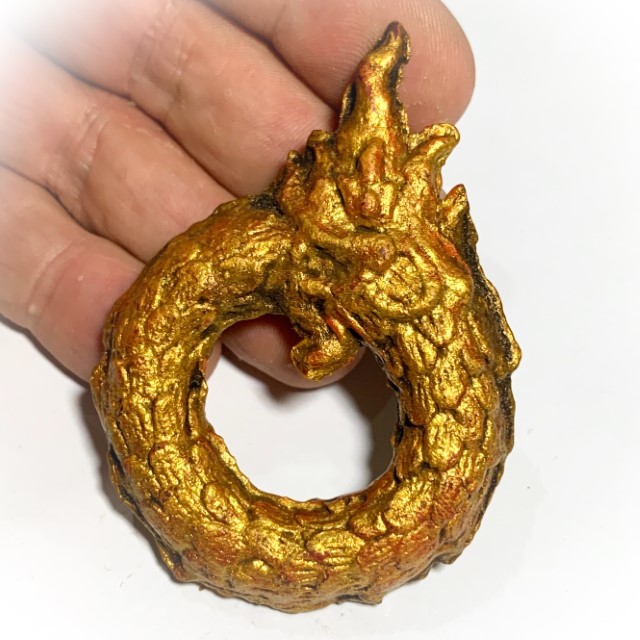 The Naga King also explained that it would fulfill all of his wishes and make whatever happen that he wished, however large or small the wish. The Pran Bun Hunter was thus able to catch more than his fill of game, and then used the Buang Nakabat as a sling and rope to capture the Manorah Kinaree Goddess, and returned the ring to the Naga King thereafter. A truly rare and world-famous classic amulet, from Olden Days Master Kroo Ba Wang, of Wat Ban Den.

Free registered air parcel shipping worldwide is offered included with this amulet. The Nuang Nakarach measures 7.5 Cm High and 5 C.5 Cm wide Outer diameter, and is made from Red Sacred Muan Sarn Sacred Powders, with a gold covered surface, and golden painted on the surface. Empowered with the invocation of the Naga Kings, and is imbued with Lanna magic for Serm Yos, Anti Black Magic, Metta, Maha Amnaj, and Maha Lap Wealth Increase/ 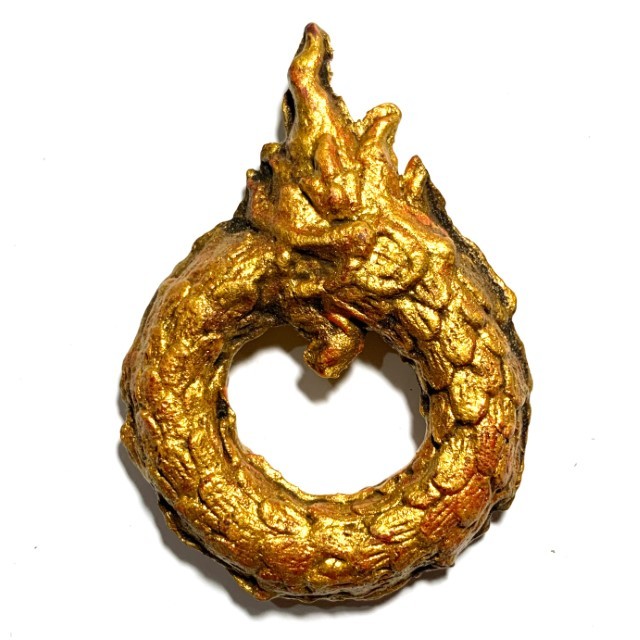 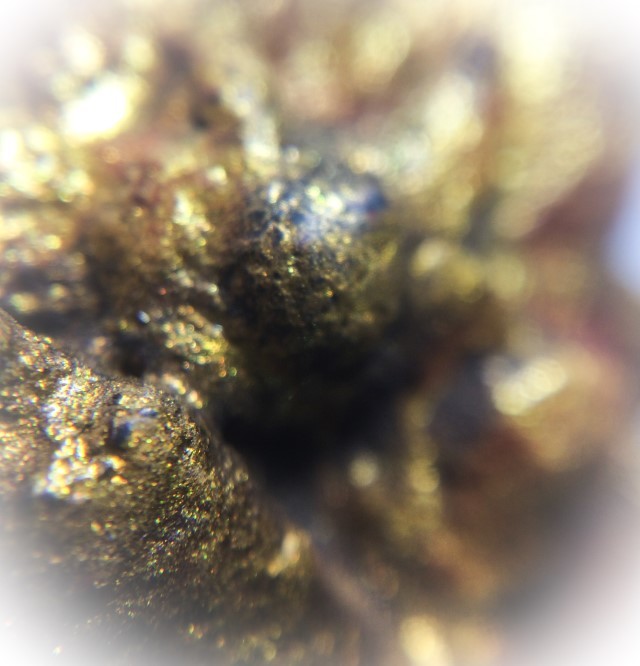 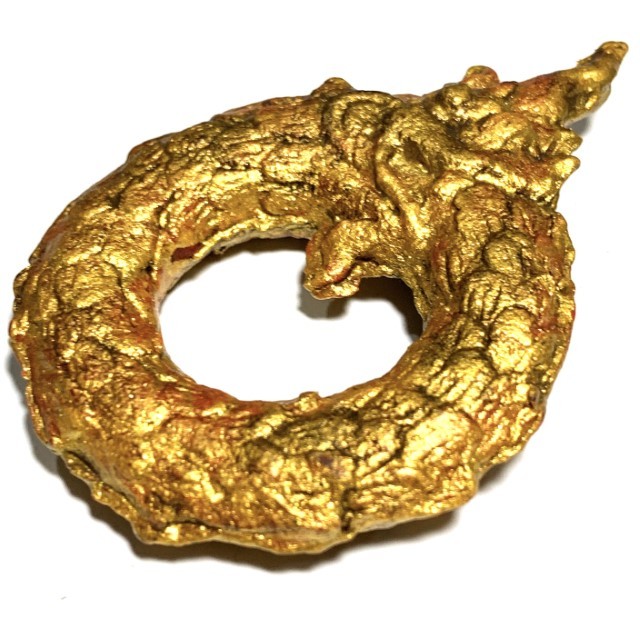 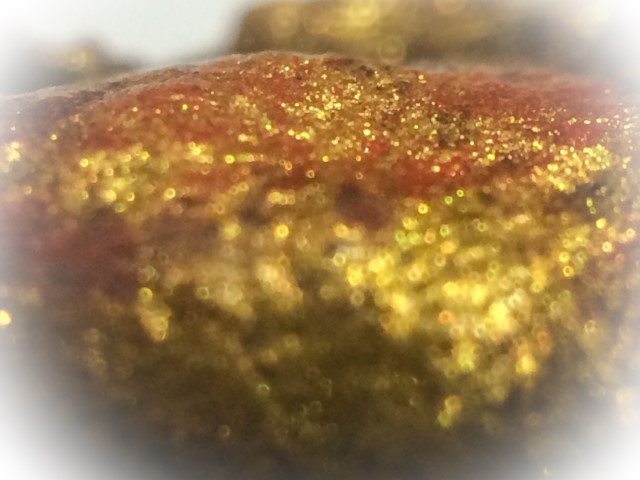 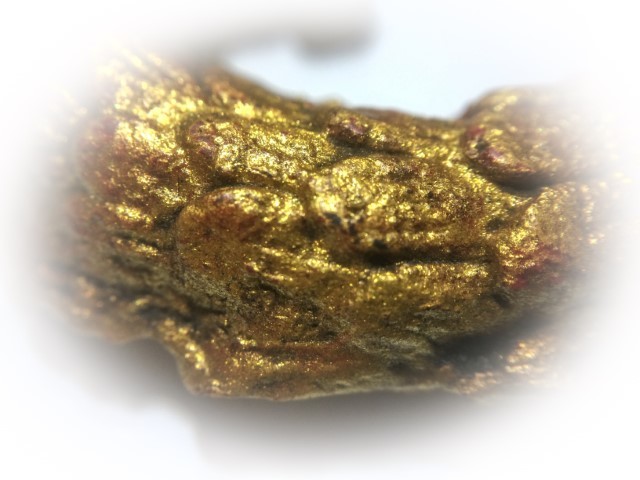 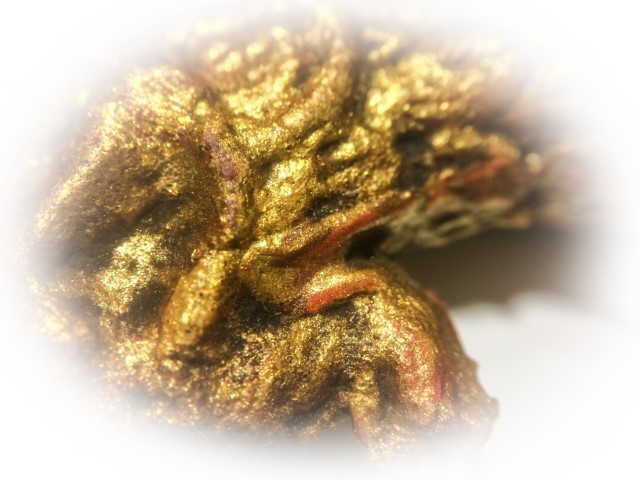 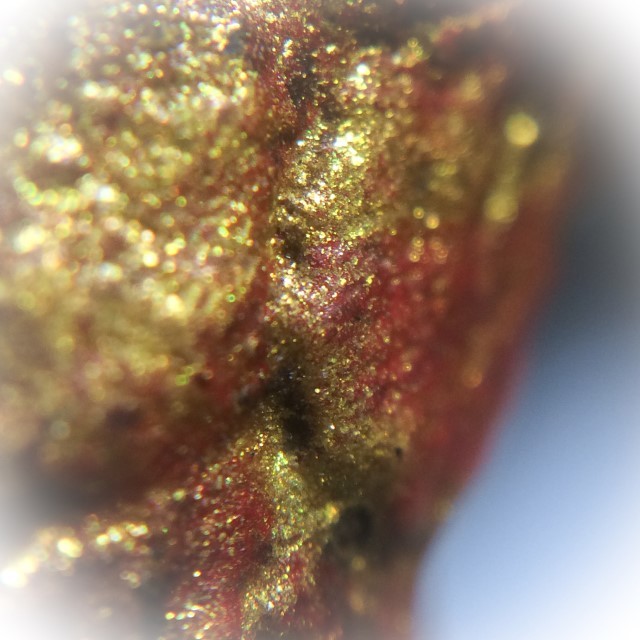 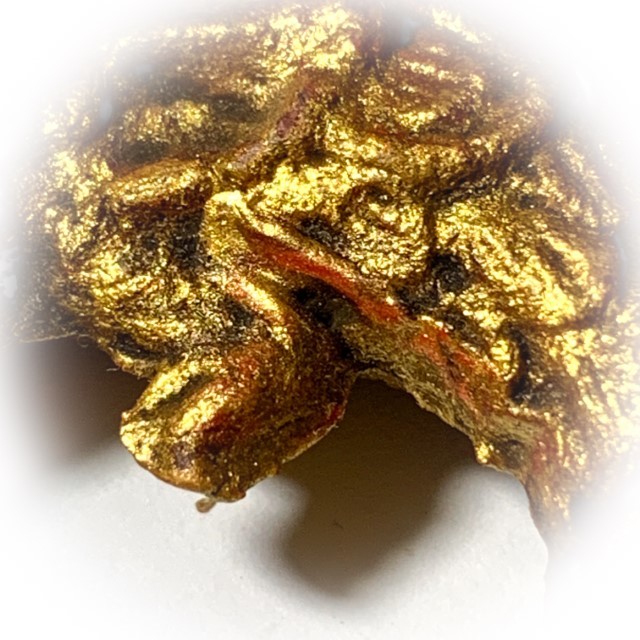 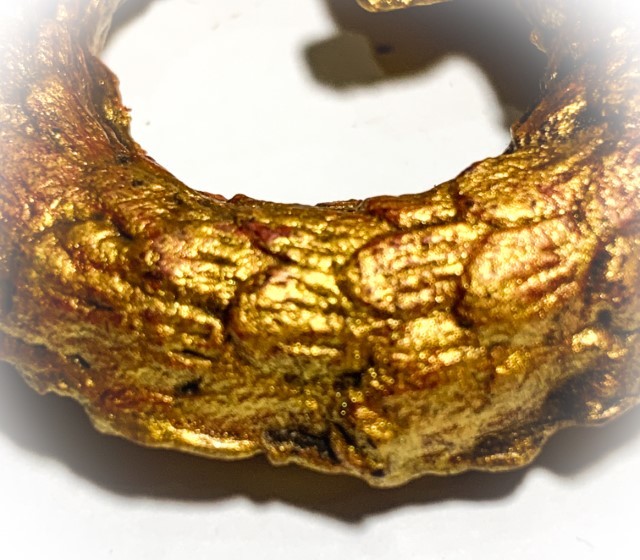 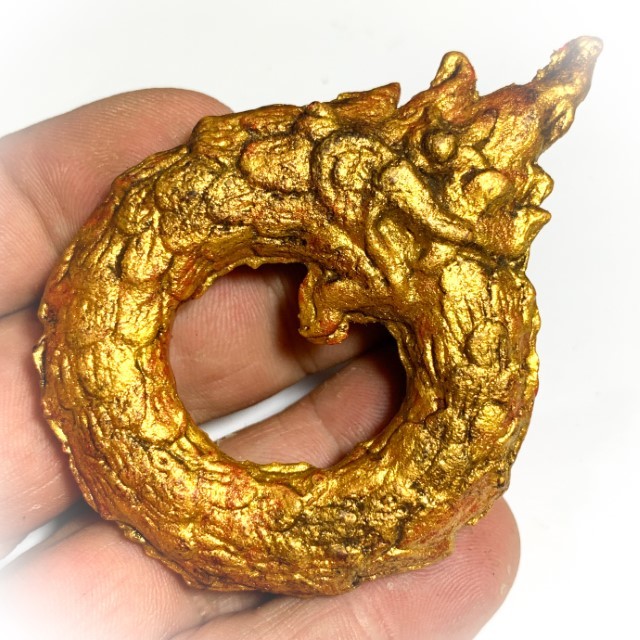 One can find or attribute many possible meanings to the symbolism contained within the image of a serpent eating its own tail, especially since this form of imagery has been found present within the pantheon of Sacred Art and Imagery of many different cultures around the world, be it the Mayans and Inca, the Druids and Pagans, the Hindu and Buddhists, or the Middle Eastern rooted Hermetic Traditions. 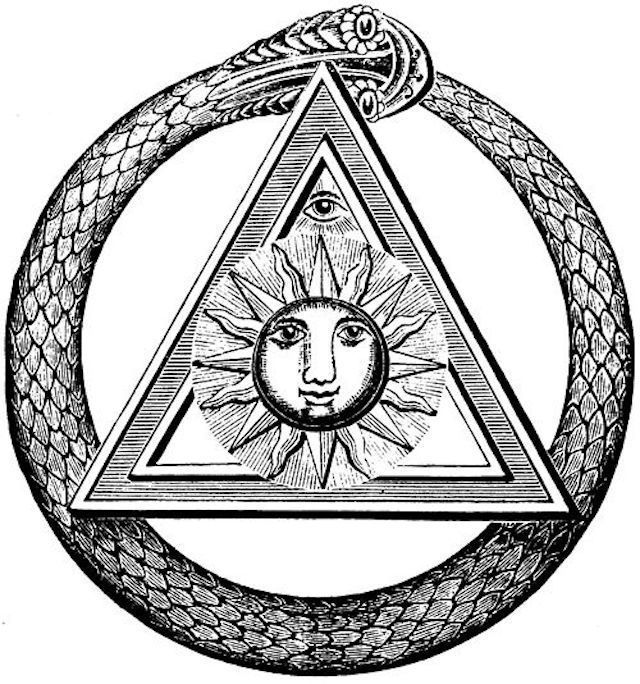 Snakes are sacred in many West African religions. The demi-god Aidophedo uses the image of a serpent biting its own tail. The Ouroboros is also seen in Fon or Dahomean iconography, as well as in Yoruba imagery as Oshunmare in W. Africa. Even the Norse Legends have the image of the snake eating its own tail. It is the power of the Human Mind and its ability to attribute corresponding meanings to imagery through symbolic attribution, which is the foundation of the activation of a Magical Mind, and its subsequent empowerment. 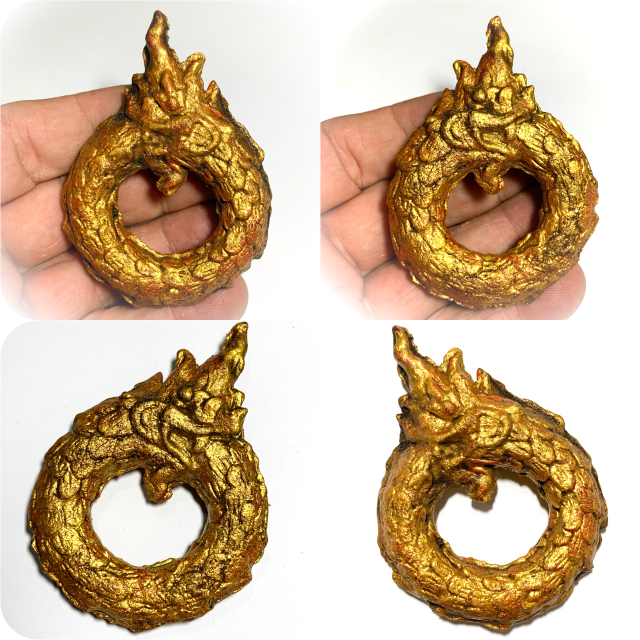