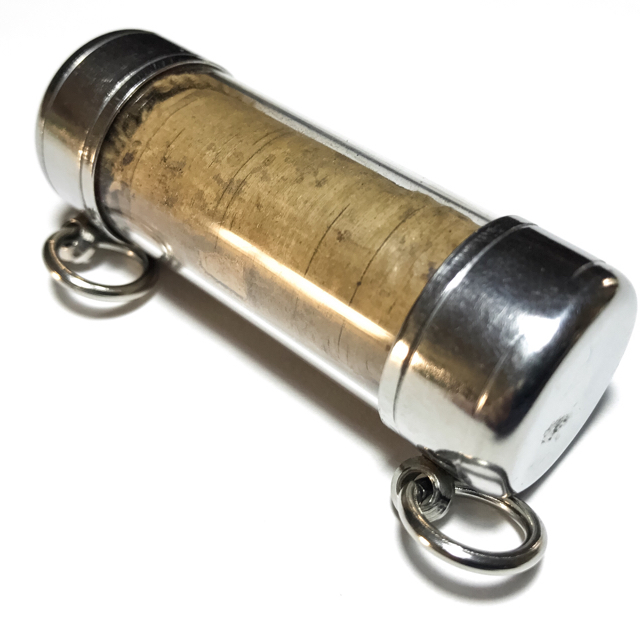 Sacred Bailan Parchent Grimoire scroll inscribed and empowered by Luang Phu Rian, Olden Days Sorceror Monk of Wat Nong Bua, in Kanjanaburi, of the Lineage of the Great Luang Phu Yim, of Ancient Times. The amulet is created with the use of a long strip of Bailan Parchment Grimoire, with the

This amulet measures 6 Cm long, and is 2 Cm thick. The Parchment scroll is encased within stainless steel capped tubular transparent casing, both for wearing purposes, as well as to shield it from the weather and atmosphere, for it is a very ancient piece of parchment indeed,worth preserving for its antiquity, and magic power. 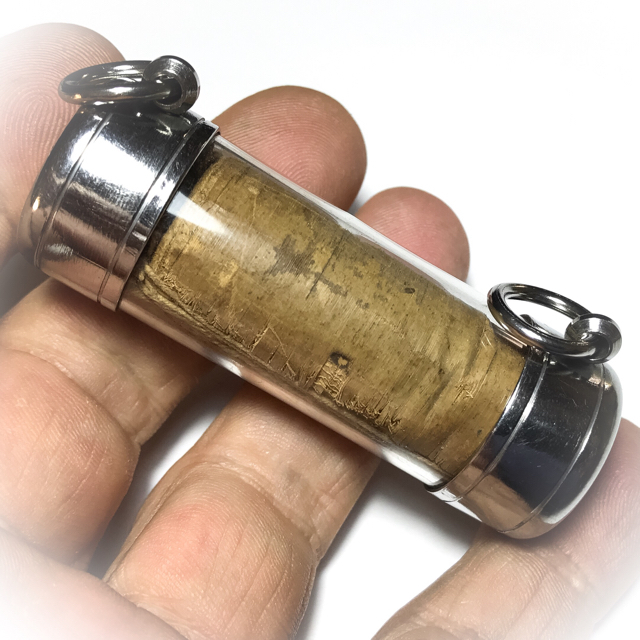 The amulet is famed from tales of those devotees who possessed one, for its power of Maha Lap, Serm Duang, Kong Grapan Chadtri and Klaew Klaad. Luang Phu Rian, of Wat Nong Bua, was the Apprentice Master and Wicha Inheritor of the great Luang Phu Yim of Wat Nong Bua. Luang Phu Yim was one of the Greatest Master Gaeji Ajarn of Ancient Times of the Kanjanaburi Province. 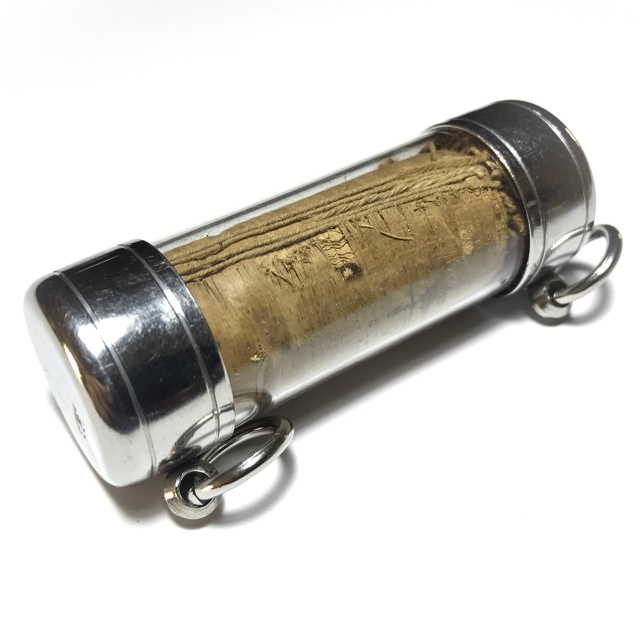 His amulets received immense popularity with the local devotees, throughout 58 Years of Ordination, until his final passing. He is very famous for his carved wooden Pra Somdej Mai Sao Bote amulets, which were made from the pillars of the old Uposatha shrine room of Wat Nong Bua. It is said that Luang Phu Rian began to perform the carving of his rare and famous Pra Somdej Mai Sao Bote wooden Shrine Room Pillar amulets himself. He would make many different amulets, some which emulated and continued the Wicha of Luang Phu Yen, and some which were of his own design, or taken from other Wicha. Both Luang Phu Rian and Luang Phu Yim are considered to be two of the top Masters of Kanjanaburi Province of all History. 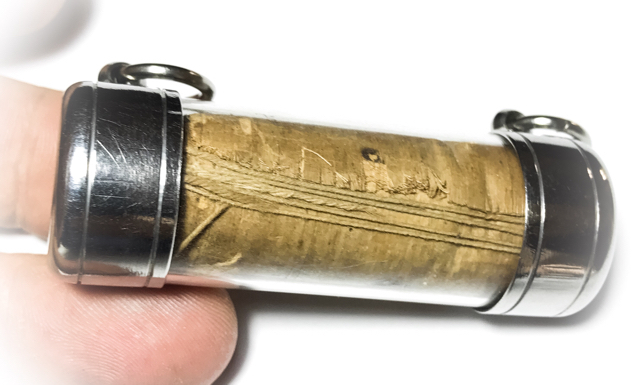 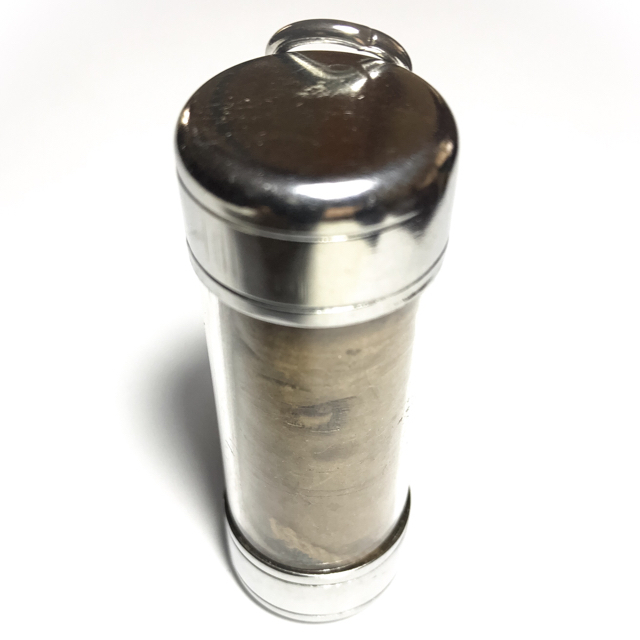 The pantheon of amulets of Luang Phu Rian arejust as famous and sought after as those of his predecessor and Kroo Ba Ajarn, the olden days Master Luang Phu Yim (Wat Nong Bua) 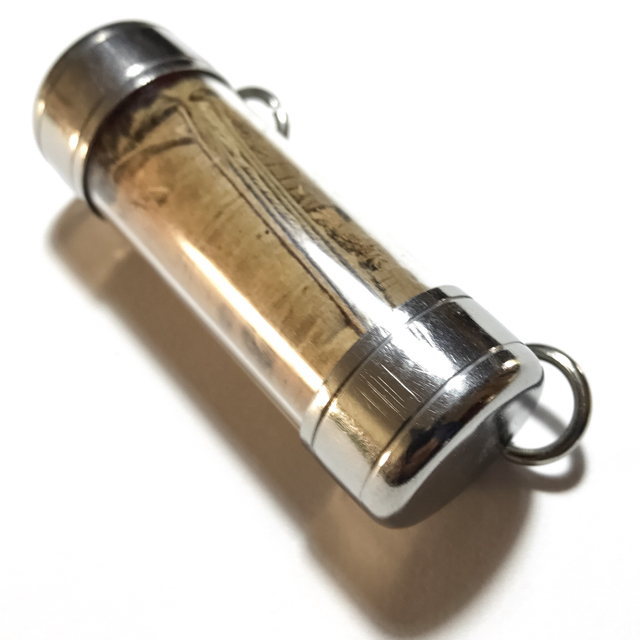 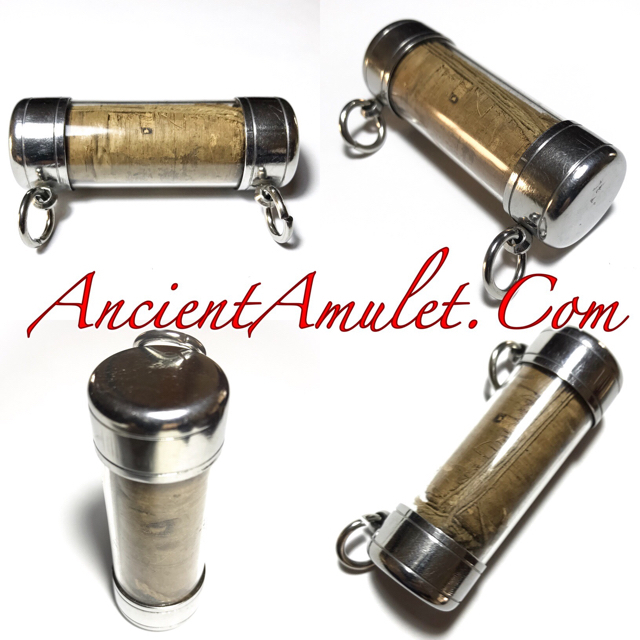